Pardon Greene was one of four Americans who bought the island of Cayo Hueso from the Spaniard Juan Salas in 1822 for two thousand dollars. That was quite the deal as Salas got the island as a land grant from the Spanish governor of Florida for "services rendered" and he did nothing with the scrubby rock which had apparently been a native grave yard they say, hence the Spanish name "isle of bones" translated accidentally into Key West. 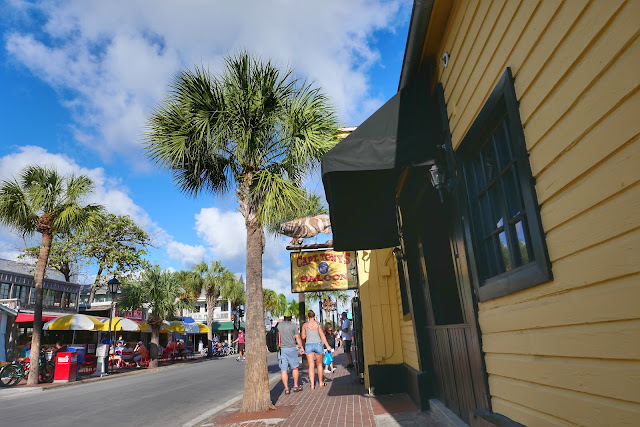 I'm not sure how this place was found to be a  graveyard as the islands were uninhabited and almost all of them stayed that way until the 20th century intruded in the form of Flagler's Railroad which supplied isolated settlements and created secure communications. Anyway Juan Salas sold his island to five other men called John - Simonton, Whitehead and Fleeming (sic) who also got streets named for them. John Warner and John Mountain also bought shares but sold theirs to Pardon Greene who got his street named for him too. Warner and Mountain lost out on the street memorials though I would have loved to have a Mountain Street in Key West. 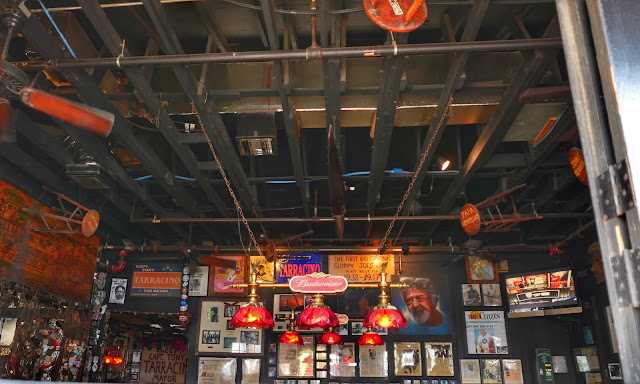 Salas was no dummy and got another John involved when  he made a conditional sale to John Strong who sold his share on to John Geddes. It sounds like a joke with Juan (John) Salas selling the island to a whole string of Johns but it is a true story. Eventually Geddes had his claim vacated by the courts and Salas gave him 500 acres of mainland Florida by way of compensation for his efforts to actually occupy the uninhabited island with carpenters and builders. 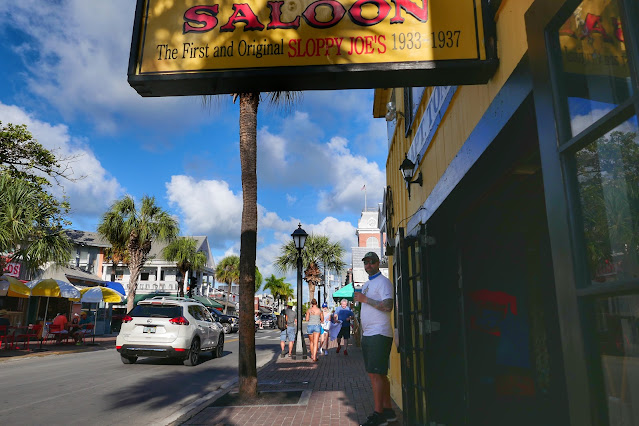 The upshot is that Greene Street is correctly spelled as Pardon was the only non-John among the first crowd of owners of this piece of paradise. Fleeming Street was altered over time and has become Fleming Street, more pleasing to the Anglo ear. I doubt there is much of note in all this to most visitors to Key West who may have a preferred bar or restaurant on Greene Street. I got a not great picture of Captain Tony's as I walked by in the winter sun. 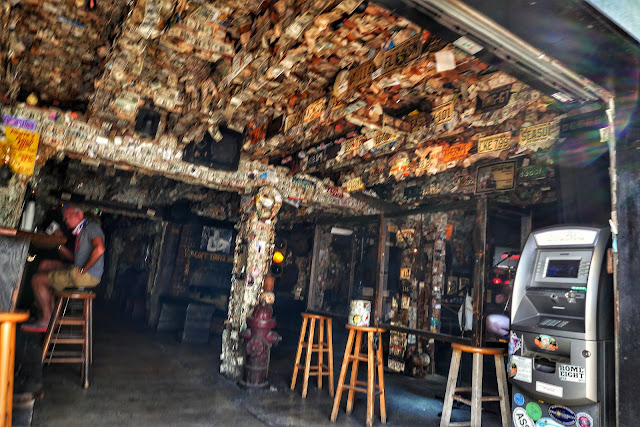 Heading toward Sloppy Joe's one is reminded that Sloppy Joe Russell owned the Captain Tony's location when he started his immortal association with Ernest Hemingway and took himself and his bar and his locals to the new Duval Street location after he fell out with his Greene Street landlord. I think the dispute was over thirty seven dollars if I recall correctly. 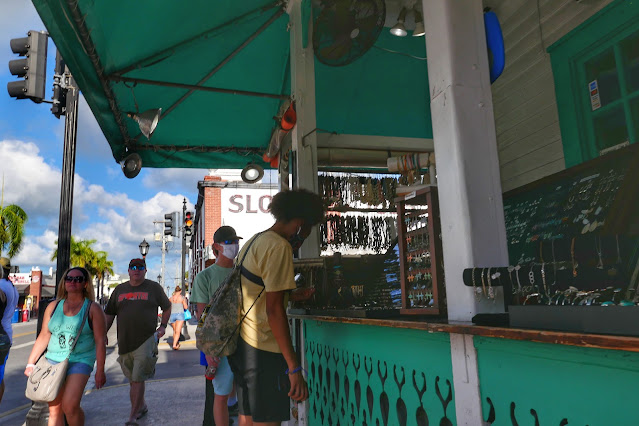 Sloppy Joe's looks closed in the pandemic times we are living through but it is actually open with the one door on Duval Street for entry and the doors on Greene Street used as exits. 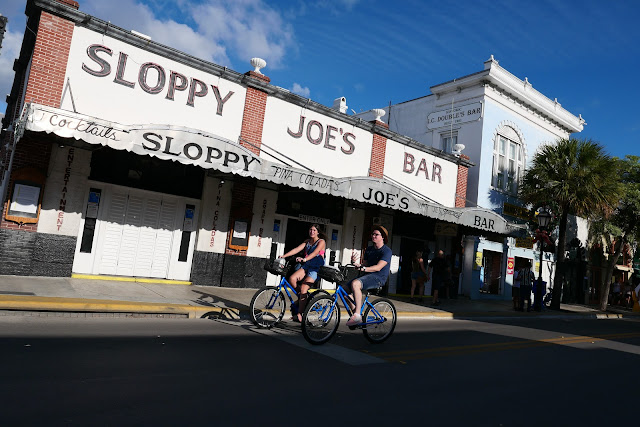 The Bull across the street was open with the now usual restrictions: 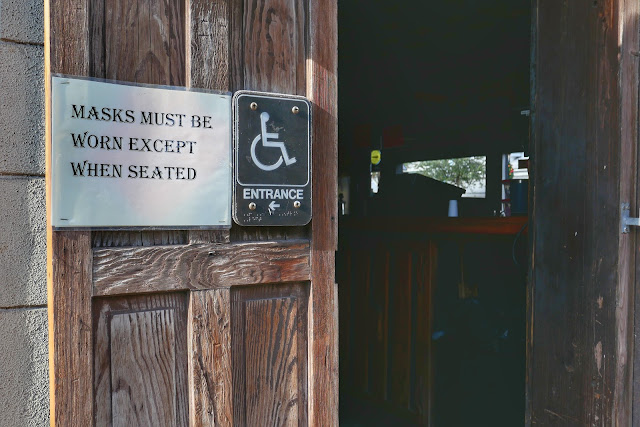 General Horseplay on Caroline Street is a weirdly named bar replacing the familiar Lost Weekend. I recall with no fondness the ghastly name of "Big 'Uns" which I hated dispatching officers to in the bad old days of crowds on Duval Street before the great recession. General Horseplay seems plain weird to me but I am not a barfly. General Horseplay? 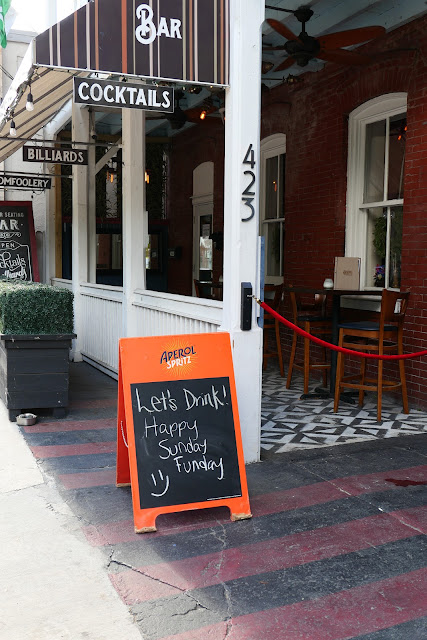 The other great myth in Key West involves the presence of wild chickens. The story goes that they came from Cuba with refugees which makes no sense to me. I can't imagine getting on a boat to brave the rough waters separating Cuba from Florida and taking your fighting rooster as a must have immigrant accessory. Besides if they only brought fighting roosters who supplied the female chickens? I suspect that in the years of Key West's decline when the Navy pulled back from Key West in the 1960s, chickens got loose and no one cared.  Looking at the Depression era art from the 1930s  you won't see chickens depicted loose on the streets, but what do I know? Myths count for more than facts. 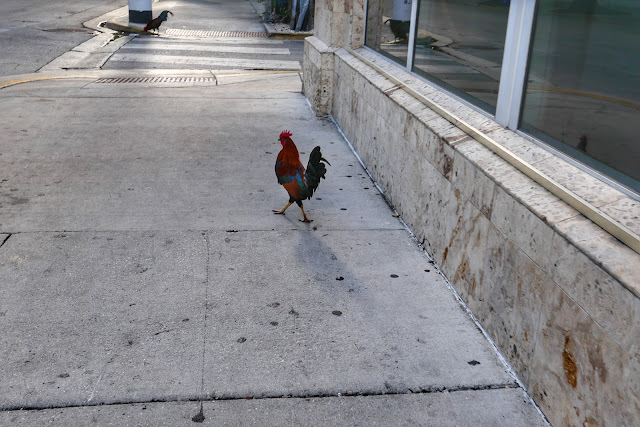 It is a tourist town. They love chickens. 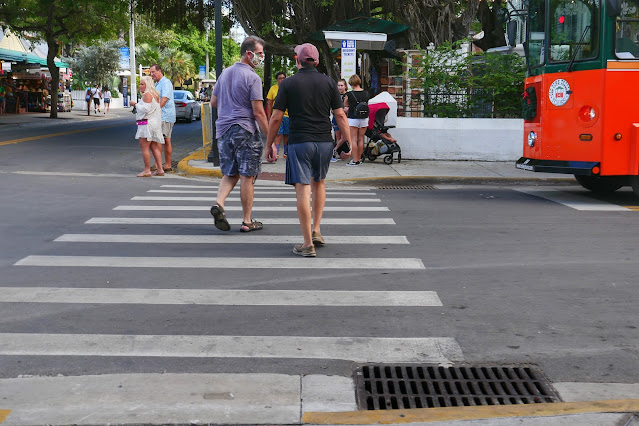 Sloppy Joe's in action, masks off when sitting down. Not me, I walked on by masked and distanced from mask free people sitting down in a  room. 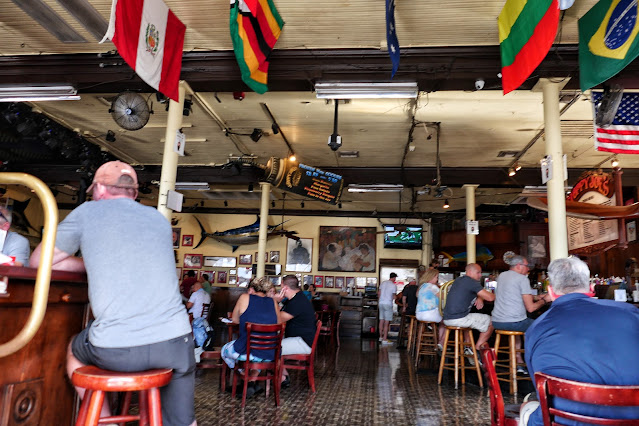 Island Dogs on Greene Street has put tables on the sidewalk to create outdoor seating. 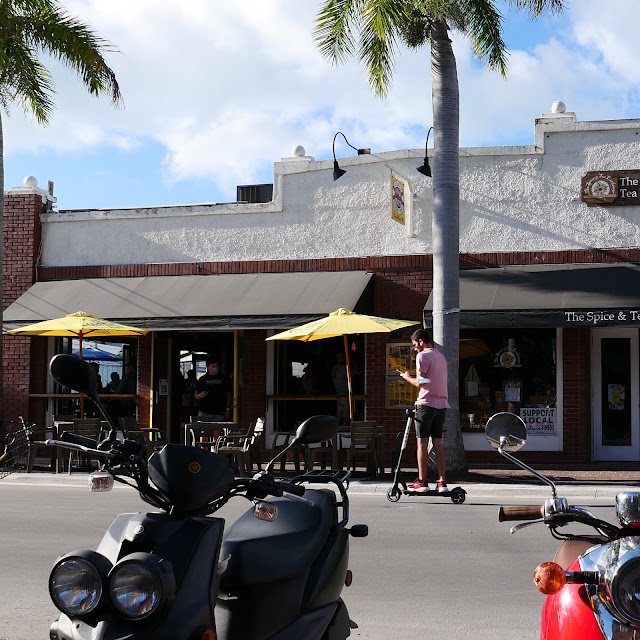 Afternoon sun on Greene Street looking toward the harbor from Old City Hall: 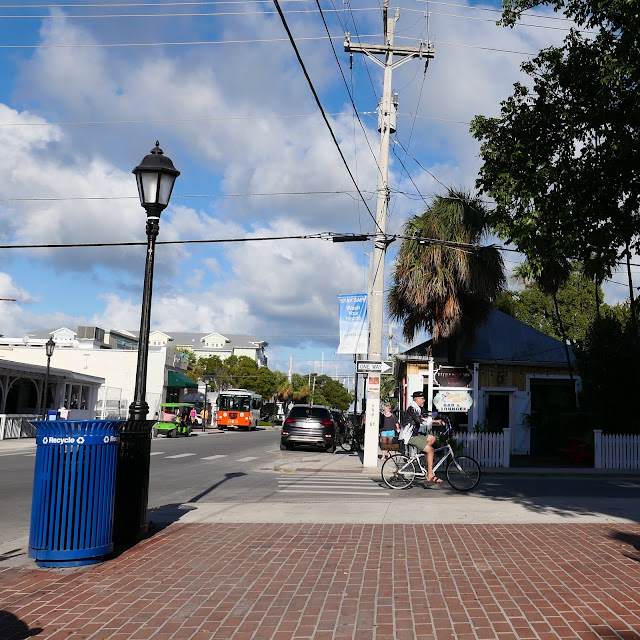