Eric Biskup became a mentor for me when I started learning to dispatch police at the Key West Police Department. He sat me down and explained that being wordy is bad, being on point is good and keeping track of what everyone is doing is critical. There was lots more advice from a veteran police officer but he got me going that night basically telling the wordy one to keep it short. Talking on the radio wasn't a problem for me, a former radio reporter, but figuring out the nuances of police work and police radio work was all new. And over those first few months in the summer of 2004, between hurricanes, he helped me learn to figure it out. One night I came to work and he showed me the best use for a police baton, moving a snake I had stumbled across out of the police station lobby. 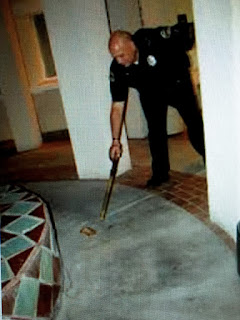 Biskup was, as they used to say sui generis his own man and they broke the mold after they made him. 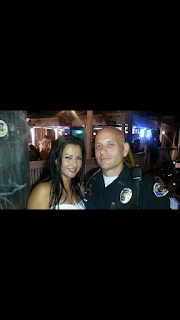 And as if to prove the point, who better to tell that story than Dennis Reeves Cooper who wrote a story in the Blue Paper in 2009 about a ride he took with Eric Biskup. Biskup has been involved in several high profile stories involving the department over the many years and Reeves Cooper was implacable in his criticism of Key West PD. Until he rode along with Biskup and wrote it up in Key West The News (KWTN) his biweekly broadsheet. Here is an excerpt :
If you are a regular reader of KWTN,
you know that we have often editorially asked this
question: “We live in a small town. Why do we have
some police officers who seem to want to arrest everybody?
Except for obvious exceptions, why can’t
our cops approach most situations with the attitude
of trying NOT to arrest people?
Well, imagine my surprise when, as I watched Officer Biskup work, I heard
him saying to people more
than once, something like this:
“Okay, ladies and gentlemen,
how can we solve this problem
without anybody going
to jail?!” 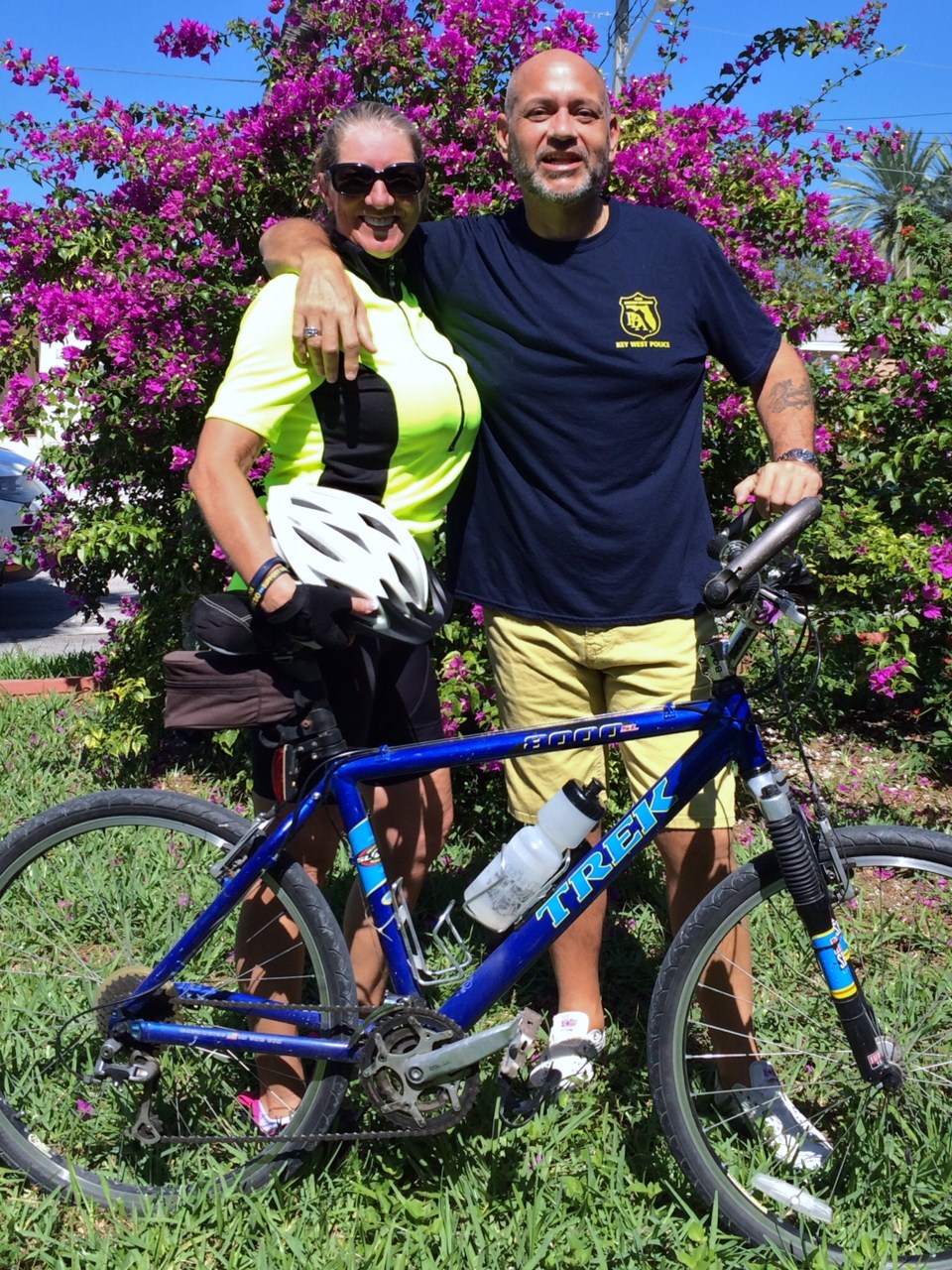 This letter of commendation was published on the city website:


I HAD MY STORE BROKE INTO A COUPLE DAYS AGO- OFFICER ERIC BISKUP CAUGHT THE THIEF THAT GOT TO THE REGISTER ALREADY AND STOLE SOME MONEY ARRESTED HIM AND WAS IN CONTROL ON THE WHOLE SCENE BY HIMSELF, HE WAS VERY PROFESSIONAL AND ALSO VERY KIND AT THE SAME TIME TOOK HIM IN THE COP CAR AND PREVENTED OTHER BURGLARIES THE SAME NIGHT BECAUSE HE HAD A BAG FILLED WITH TOOLS PLANNING TO HAVE A LONG NIGHT.

ANY WAY I WANT TO THANK HIM FROM MY BOTTOM OF MY HEART AND MENTION THAT IS VERY GOOD TO HAVE SUCH COPS IN THE FORCE. To me Eric embodied the qualities that all of us hope to see in a community based officer. He had an interest in his town and as the reporter discovered, a desire to solve conflict without resorting to hand cuffs. Unhappily we live in a litigious and frequently violent society and the police are caught in the middle of a struggle to maintain order and civil liberties in a country where allegiance to either seems to vacillate day to day and depending on the political mood. 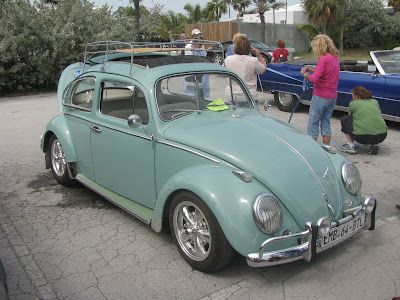 Eric was a cop and through his illness he referred to himself in the present tense as a cop but he was also a human being. He rode a  Harley and he had a tortured relationship with an old Volksswagen Bug which he showed off at the Southernmost Car Club when I passed by in 2010: 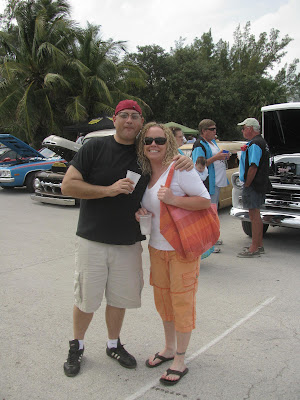 He was a presence around town and in a lot of lives, and he enjoyed the perks of living in a small town and being appreciated. I was glad to help him figure out how to see London one year and he sat up in dispatch with me as I went over things to see and places to go and on that trip he made a connection with the Met, the London Police, which spread his net wider in the international bond between cops. And I dare say enriched his life as they compared notes on how it's done.

Reeves Cooper's article had a nice few touches to it so rather than me trying to say why Eric was, in the words of former Captain Scott Smith "the coolest cat I know," let his erstwhile nemesis in print tell the whole story of what it was like to work with the coolest cop on the beat:

Posted by Conchscooter at 7:00 AM 3 comments:

Cheyenne On The Bridle Path

In this look back to August 2010, my first summer together with Cheyenne, she was excited to get out on her daily, sometimes twice daily walks. She was always a joy to walk, and I look back and am grateful I took took the time to be out and about with her, for myself as much as for her. I hope now that she is old and tired she remembers these walks with as much fondness as I do.

I wonder if I have overdone the scenes of blue skies, blue water and sunshine this week. In case I haven't here's one more. 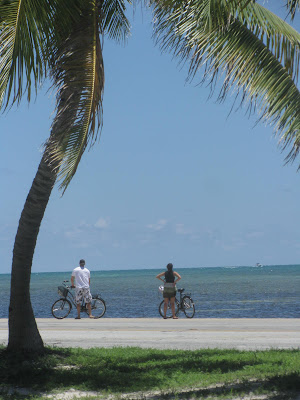 A cyclist riding the bike path along the southern shore of Key West would do well to stop and admire the scenery. You can't see Cuba from here, 90 miles to the south, but you can see fishing boats. 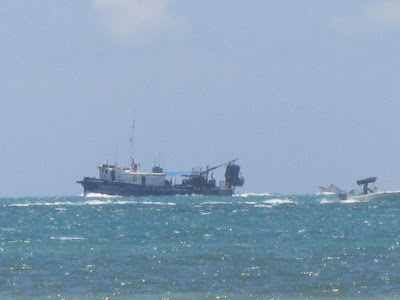 The oil spilled (and some say still spilling) in the Gulf of Mexico has not reached these waters. Cheyenne is a land dog. She has learned to enjoy streams and puddles but grass and shrubs are more her speed and swimming is out of the question as she has never been trained to enjoy the water properly. 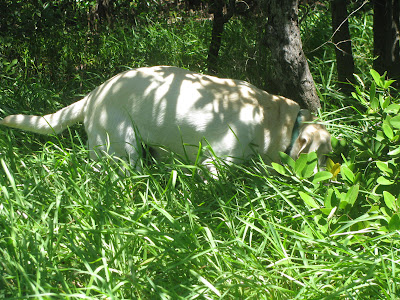 The sandy bridle path alongside South Roosevelt Boulevard gives her lots of opportunity to root around. 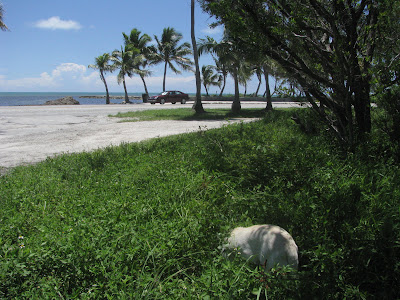 As usual wildlife can wander unmolested in the presence of my pacific dog. 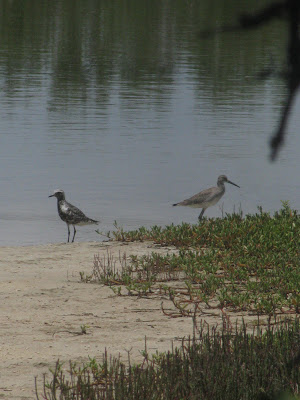 The salt ponds are not suitable drinking water. 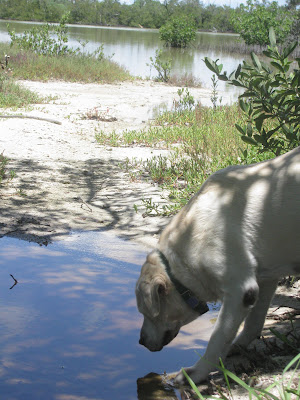 The plans for the renovation and refurbishment of North Roosevelt call for the elimination of non-native coconut palms, not least because falling coconuts harm people and vehicles and coconut palms take a lot of maintenance to keep tidy. In the spirit of being good stewards of the public monies the city is asking the state to replace them with less labor intensive trees...Well, this attempt to be parsimonious with the public treasury has got the critics' panties all in a wad because they say, tourists expect to see coconut palms in the city, and damn the public expense...Tourists can come to South Roosevelt to see some coconut palms looking suitably tropical. 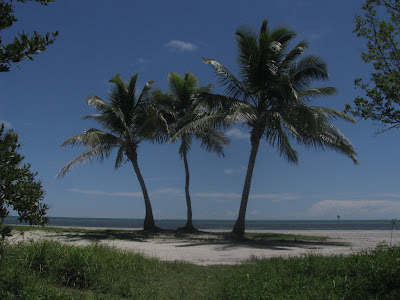 On the beach side there are mounds of dried seaweed that need to be ignored to enjoy the view properly. 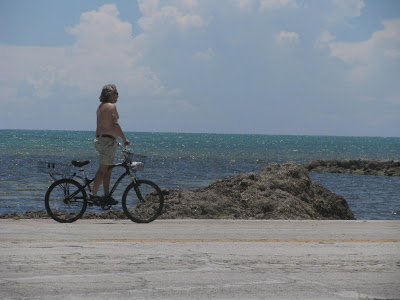 There was a time when someone figured out that you could pitch a tent on the Bridle Path and no one would bother you. No one did until a whole long line of bums in tents sprang up and the city promptly declared an emergency, designated the salt ponds an environmentally sensitive wetland and banned parking, camping, and hanging out in the bushes of the Bridle Path. The No Parking thing is rather annoying because you have to park in the street and walk your dog across four lanes of supposedly 30 mph traffic to get to the path. But that perhaps limits the attraction for everyone and makes it more peaceful than it used to be. 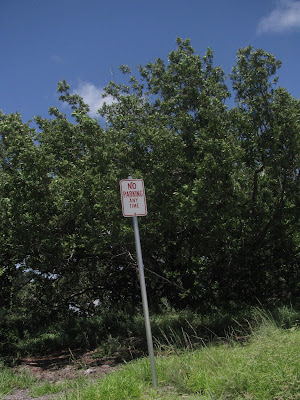 It is waterfront property with exceptional views. 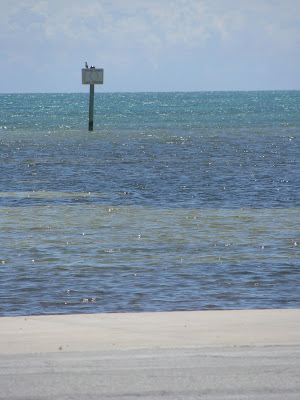 There used to be a few homeless guys who made a quiet home for themselves in the bushes and trails of the Bridle Path but they got swept away in the general clean up. It is a good spot to hang out, criss crossed with trails and shady nooks. 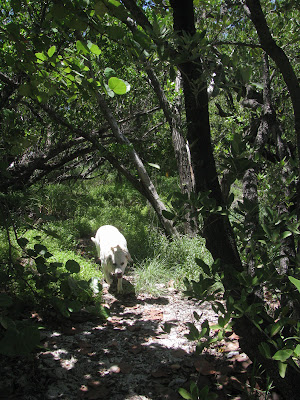 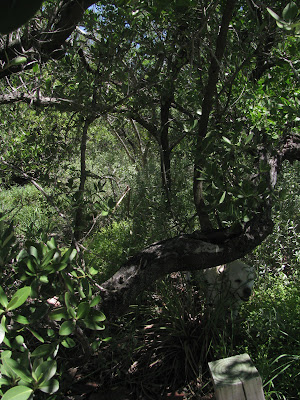 The salt ponds that lie behind the bushes stretch out to the airport and they are a home to wildlife of a more...natural sort. 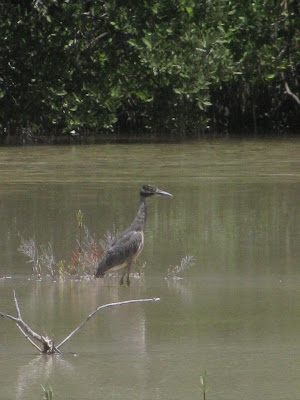 There is an old pier structure that used to jut out over water but the area seems to be silting up and even though it's the rainy season it was dry enough for Cheyenne to explore. 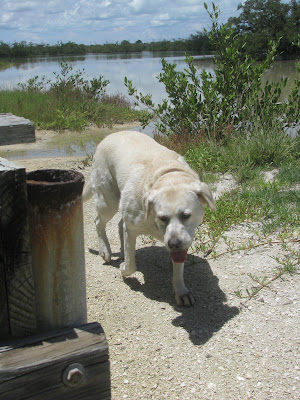 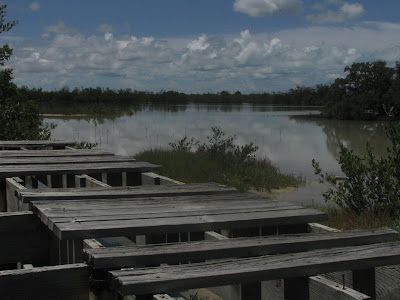 They call it the Bridle Path because it's where Key Westers used to be able to exercise their horses. Some people misspell it and call it the Bridal Path which is a double entendre worth a smile. 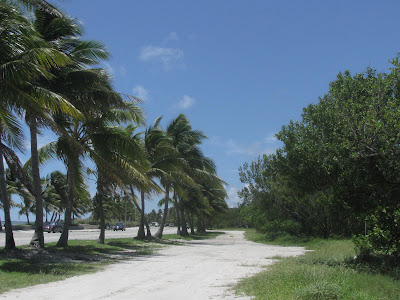 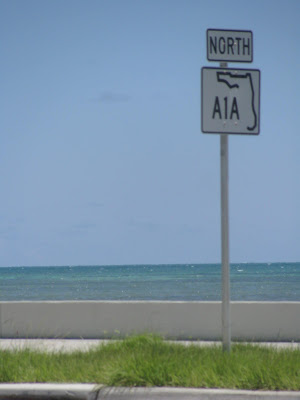 Looking east toward the airport. 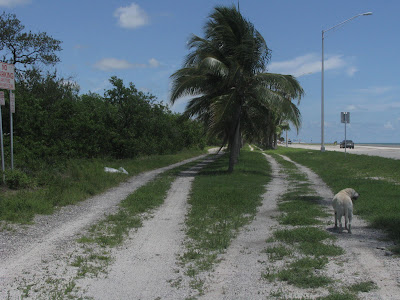 Another picture of a dog resting in the summer heat. 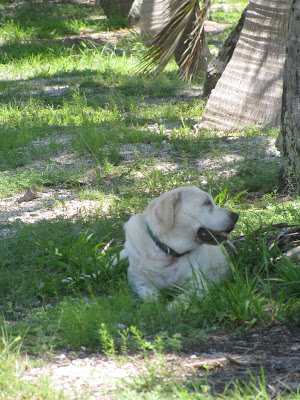 One more summer dog walk in the bag.
Posted by Conchscooter at 12:00 AM No comments: