An early morning walk these days doesn't necessarily mean five am in the dark. For some reason Rusty has instantly adapted to me not getting up to an alarm at 4:25 on those days when I used to work. 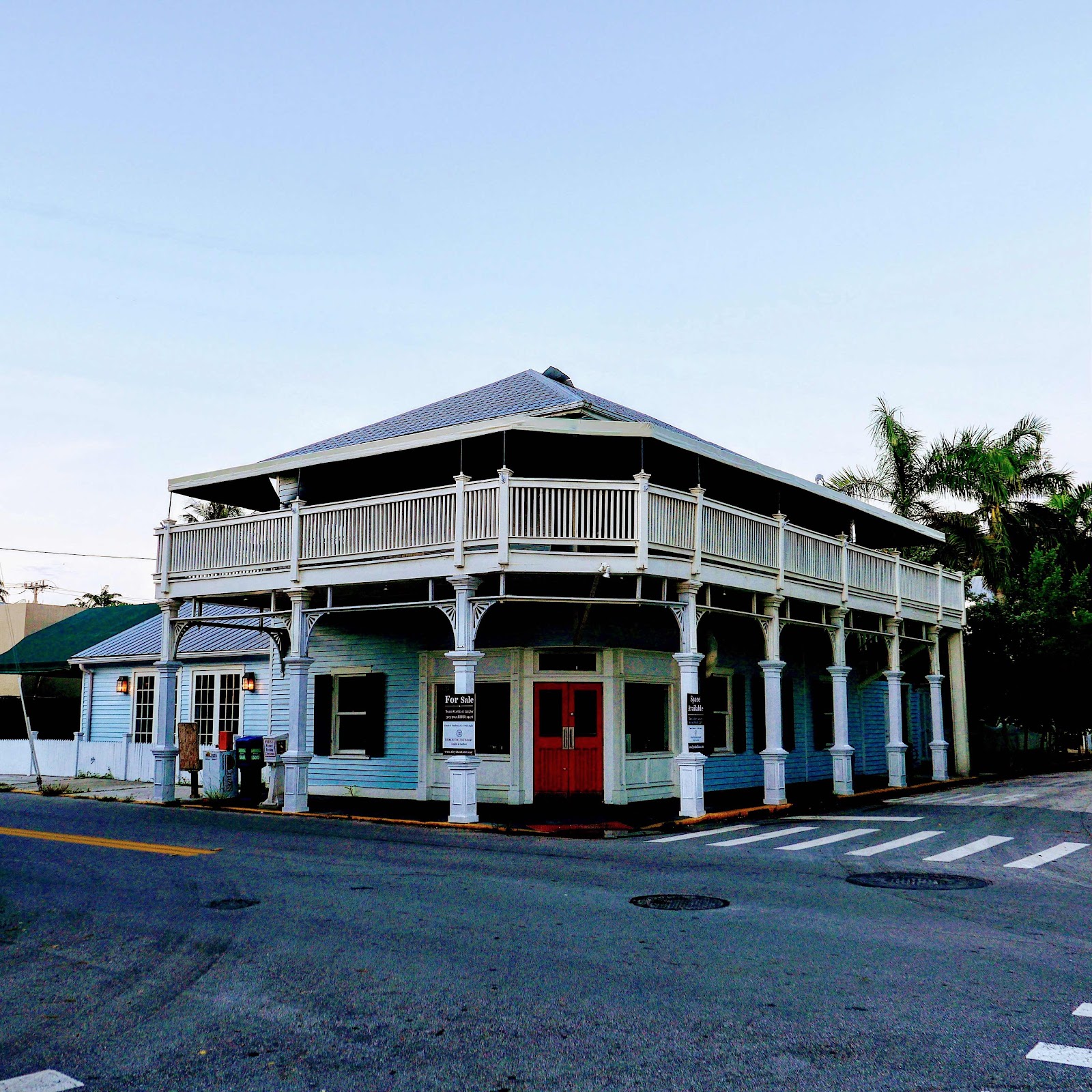 Thus I got to see the former Finnegan's Wake at 320 Grinnell looking sad and seeking a new owner. The old Irish pub was the only bar I really enjoyed in Key West. I still miss it. 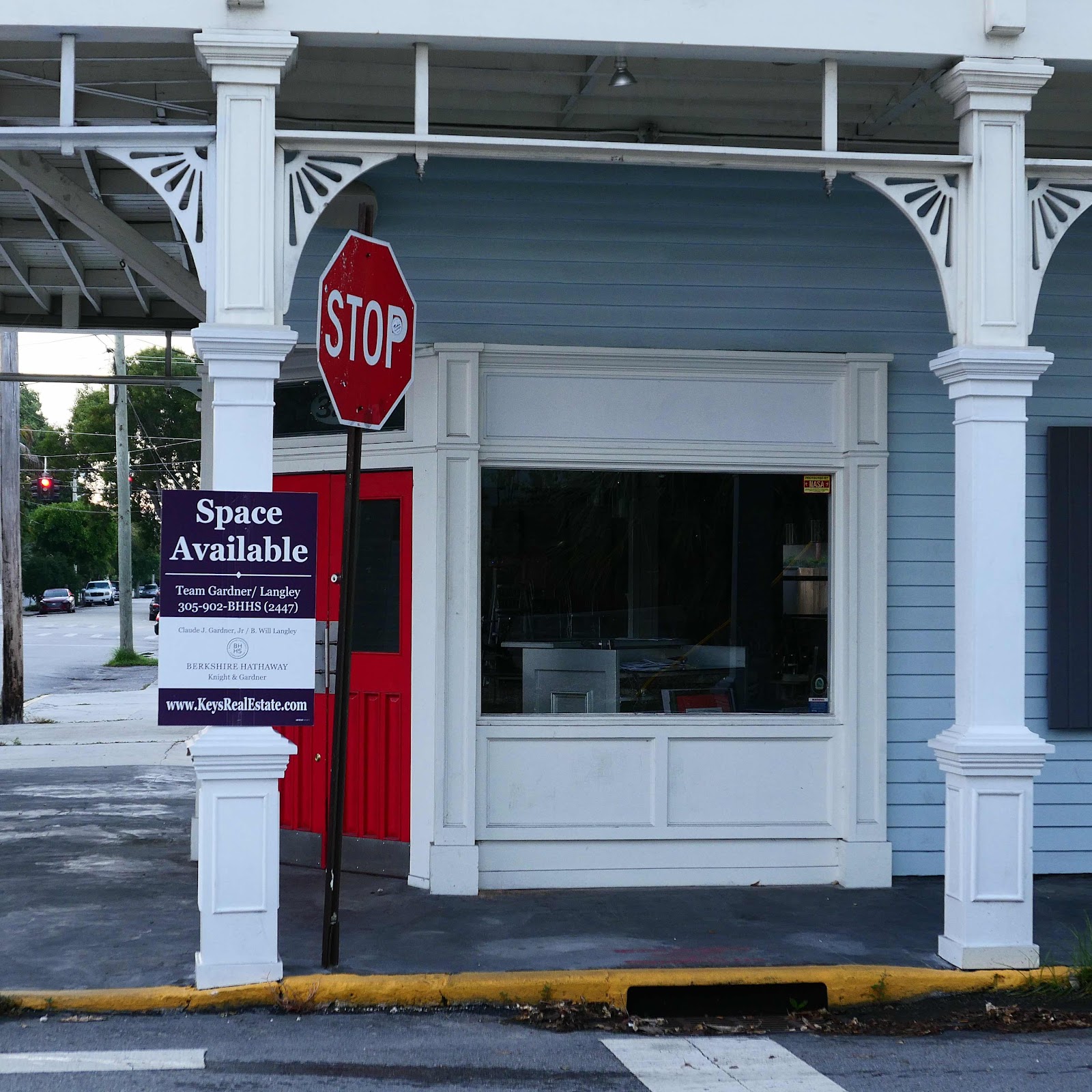 I saw the alarm sign on the fence and I smiled. No more alarm calls for me. I must have taken a thousand false alarm calls in my career at 911 and I can't, off hand, recall any real intrusions or fires reported by alarm companies. Fear is a superb motivator. 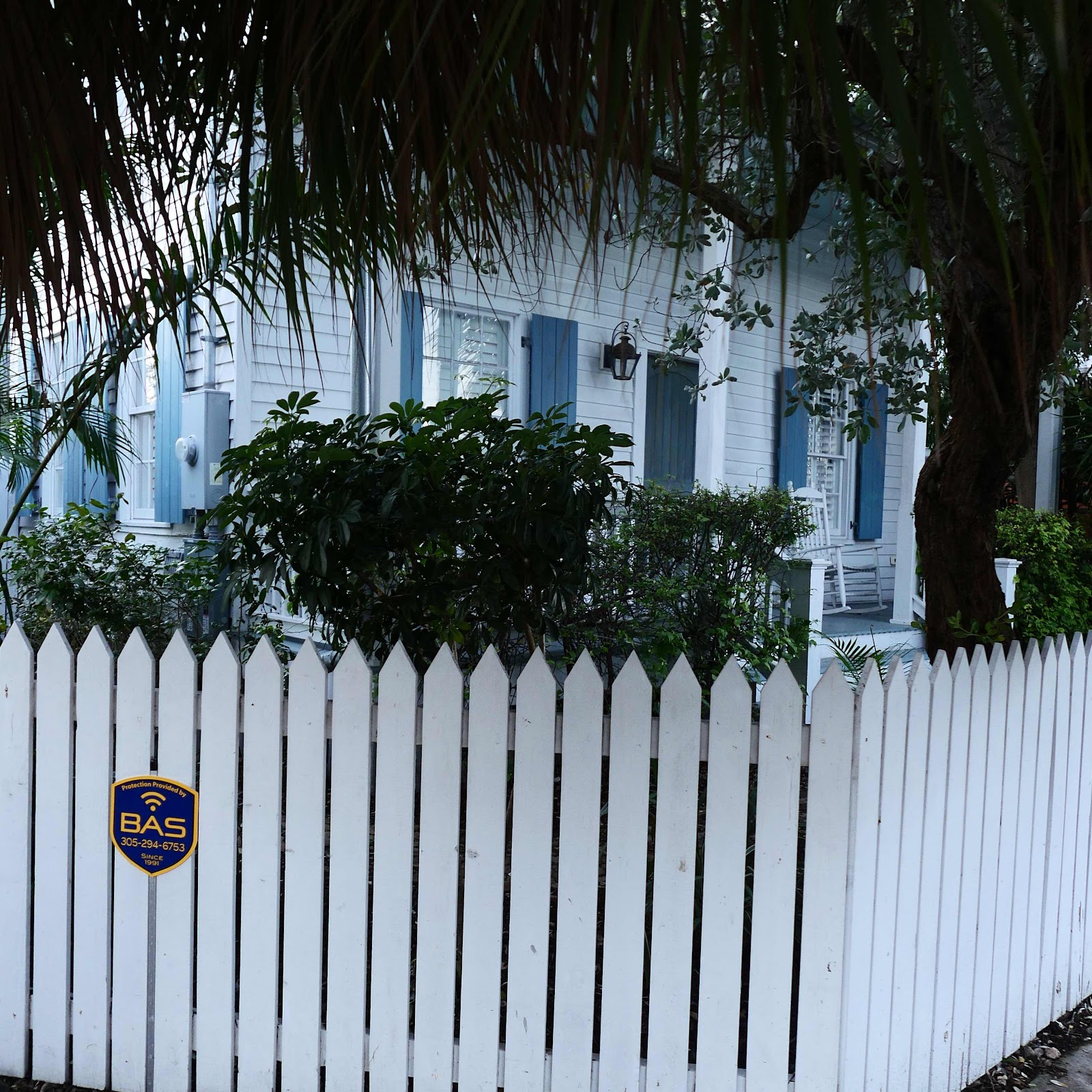 Masks required doesn't seem to be so controversial in most of the Lower Keys these days. Florida's numbers are ghastly enough if you are paying attention. 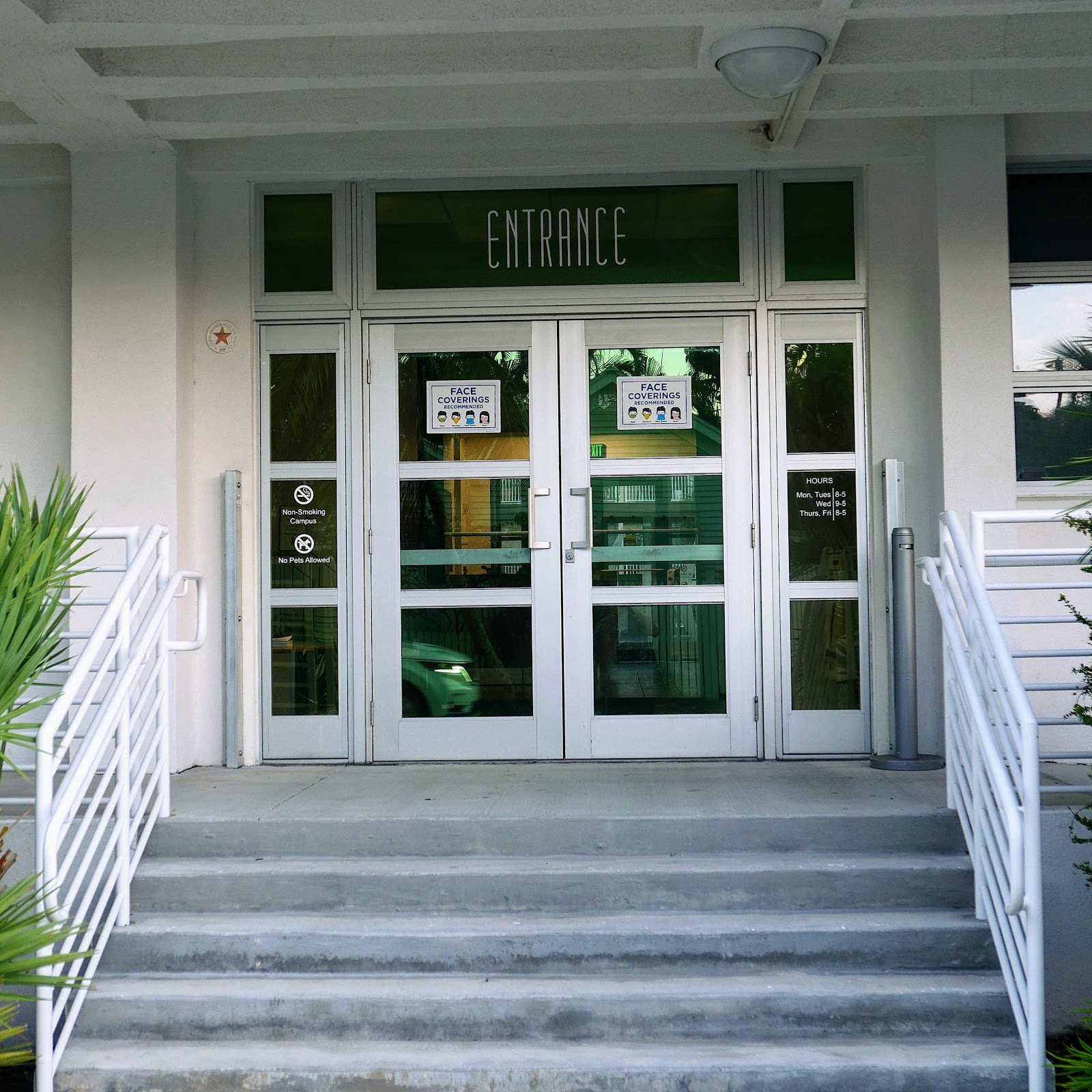 One peculiar thing I have noticed is how few cases of colds and 'flu we've had since this mask thing fell upon us. Hmm, makes you wonder if masks really do work? 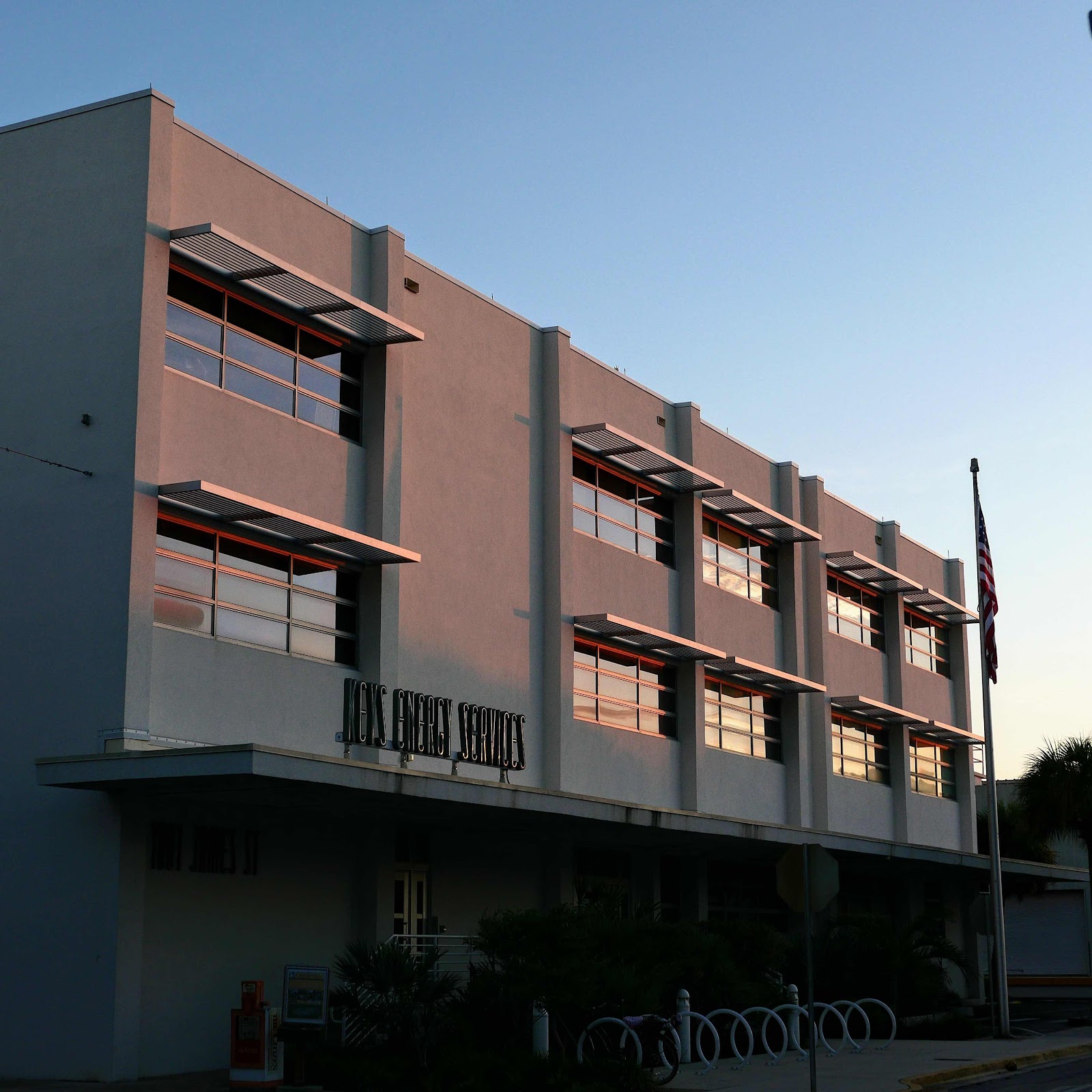 Early morning sunlight rising up the buildings. It's not too terrible getting up after dawn. 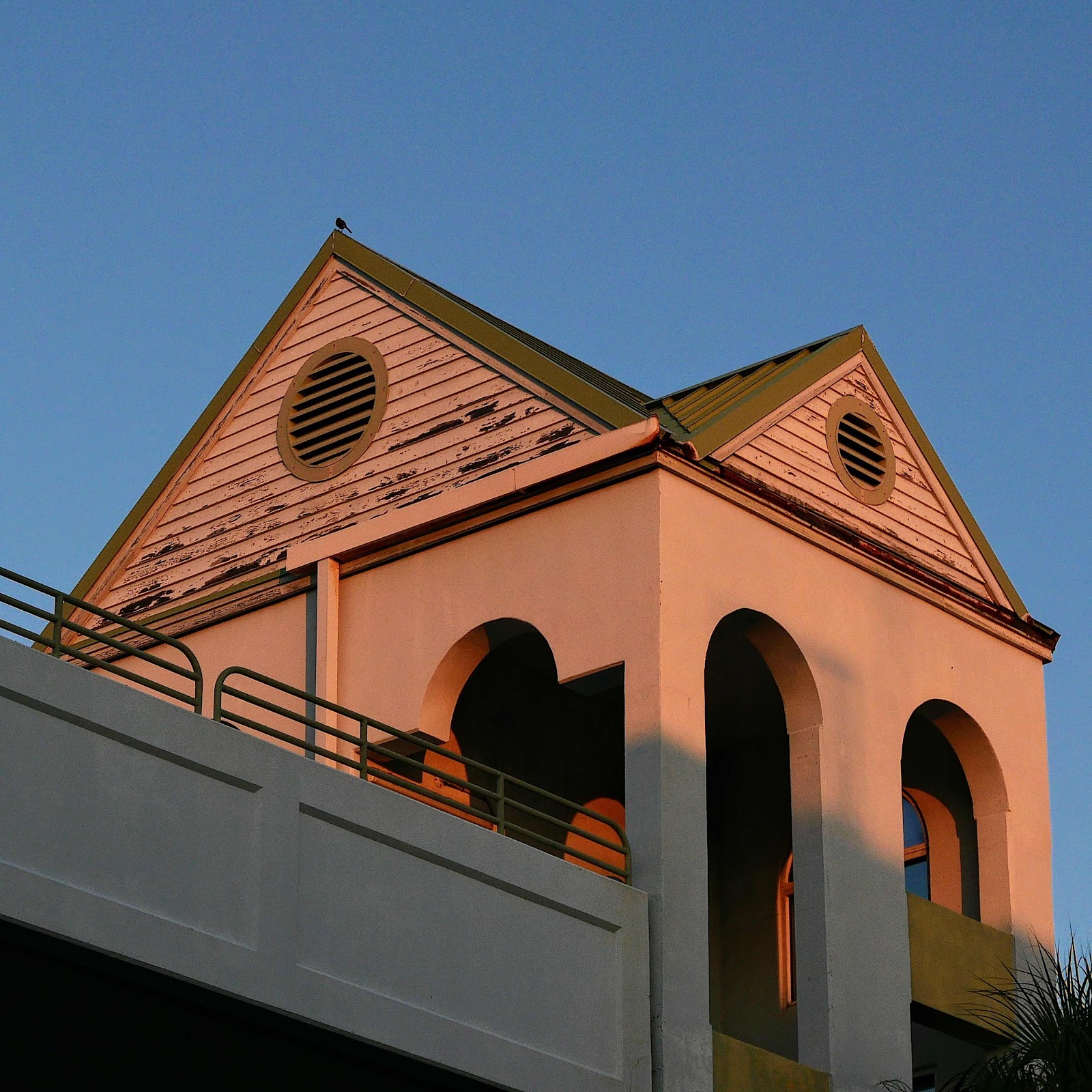 I saw this piece of public art on the edge of Keys Energy's parking lot and immediately thought of a school of grunts swimming. Turns out I wasn't completely wrong. 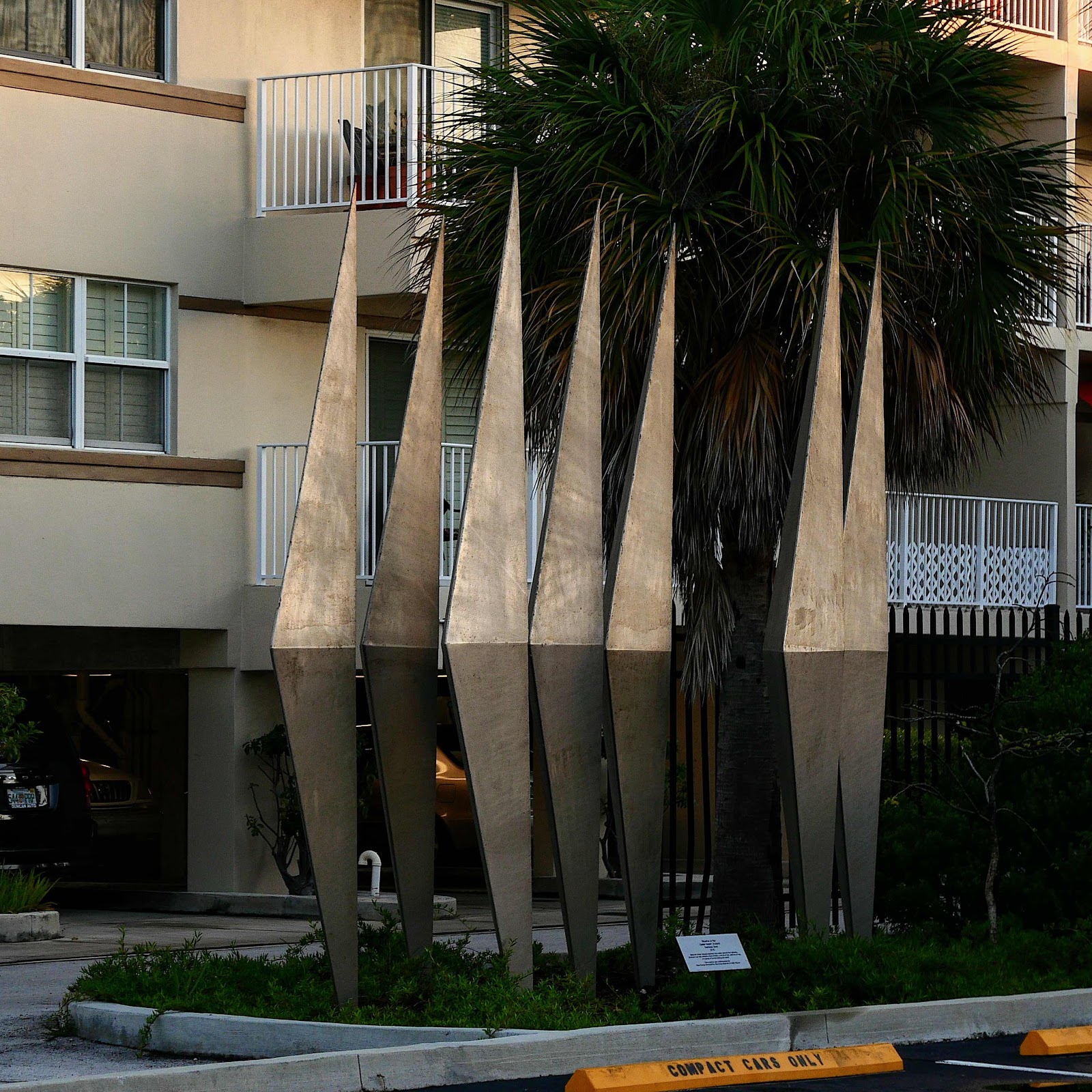 The author of this rather striking piece of art allows for several interpretations of the work. 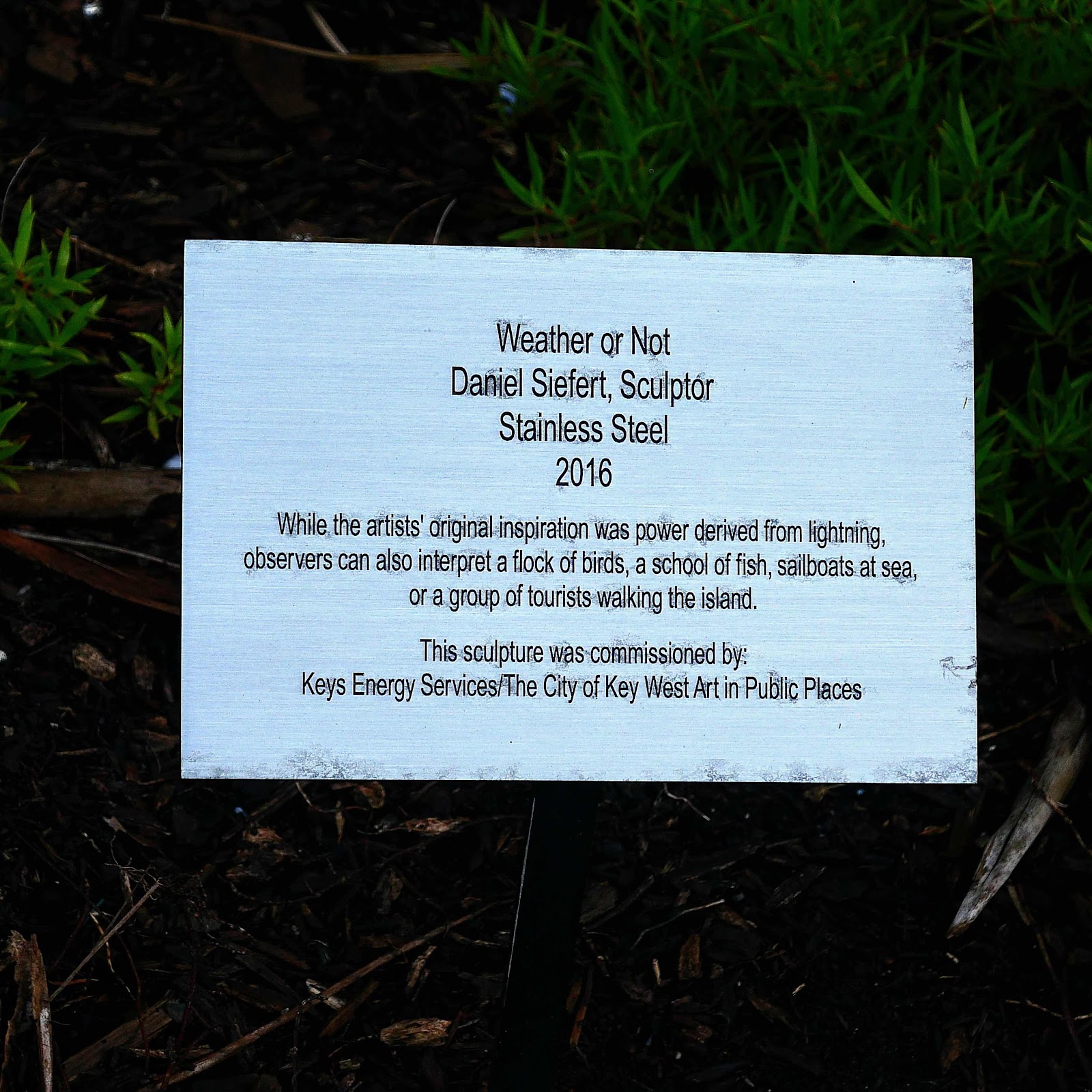 The railway condos, an example of how you could get more affordable housing in Key West never again replicated in this overpriced city. Covered parking, balconies and close to the action downtown. Not too shabby. We thought about putting in to buy one of these but I'm not sure even had we qualified we would have been ideal candidates for apartment living. 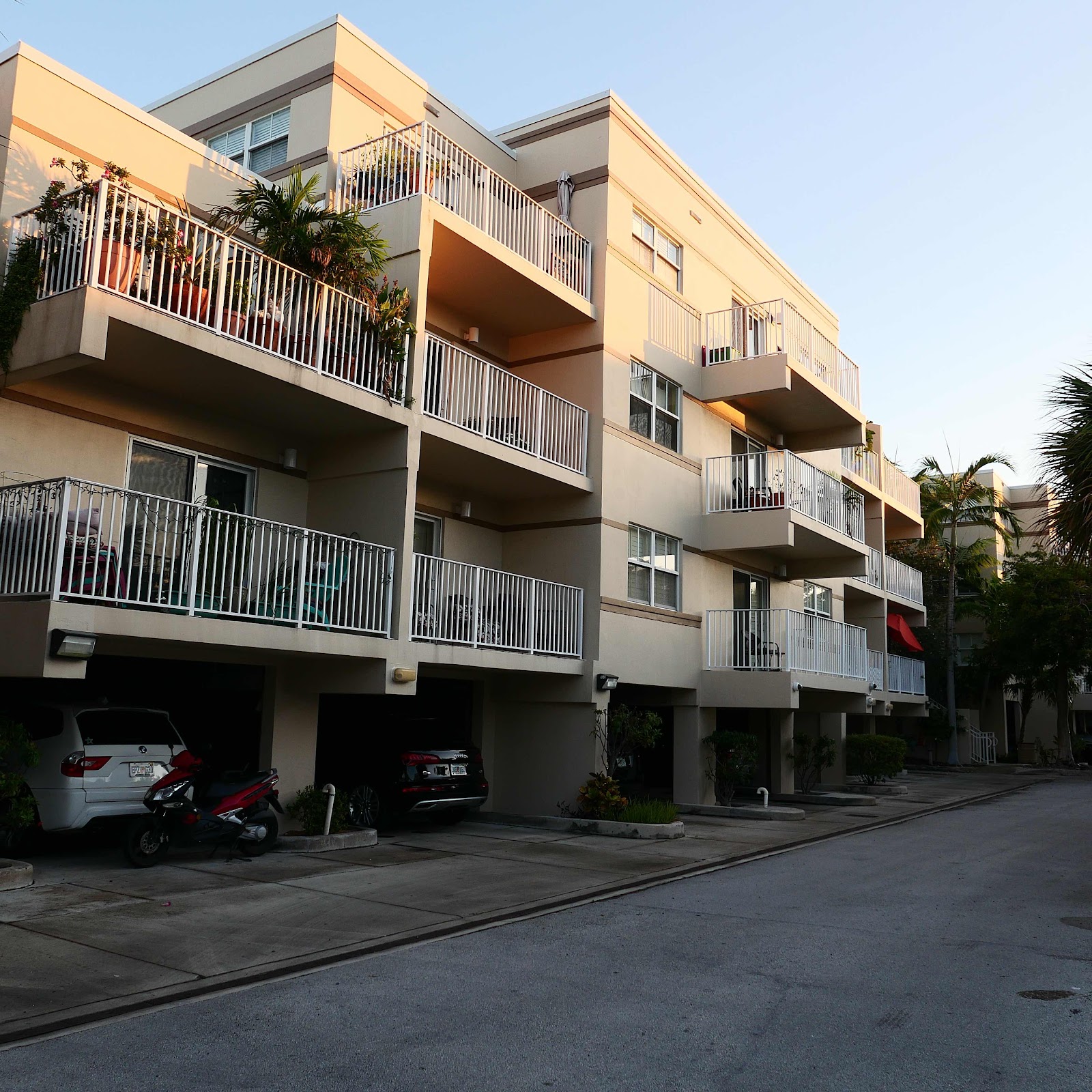 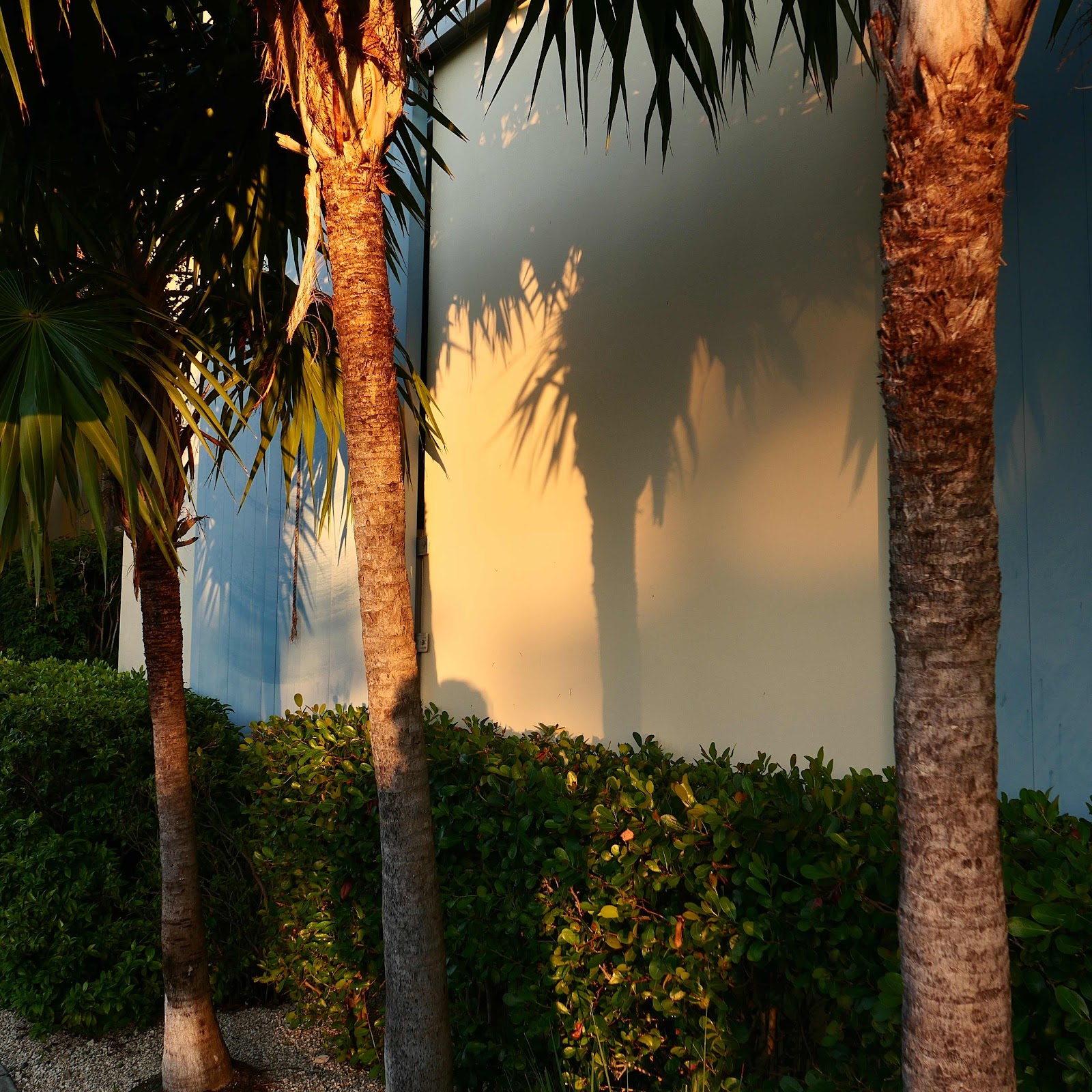 West Marine's symbolic block similar to those used once upon a time for real, to lift cargoes to upper floor warehouses. I've seen the real thing in Amsterdam when boats would bring loads alongside on the canals. I haven't caught this mural on Caroline Street for a while. I saw Richard crossing the street in front of me so I followed him round the corner to see if he felt like petting Rusty. 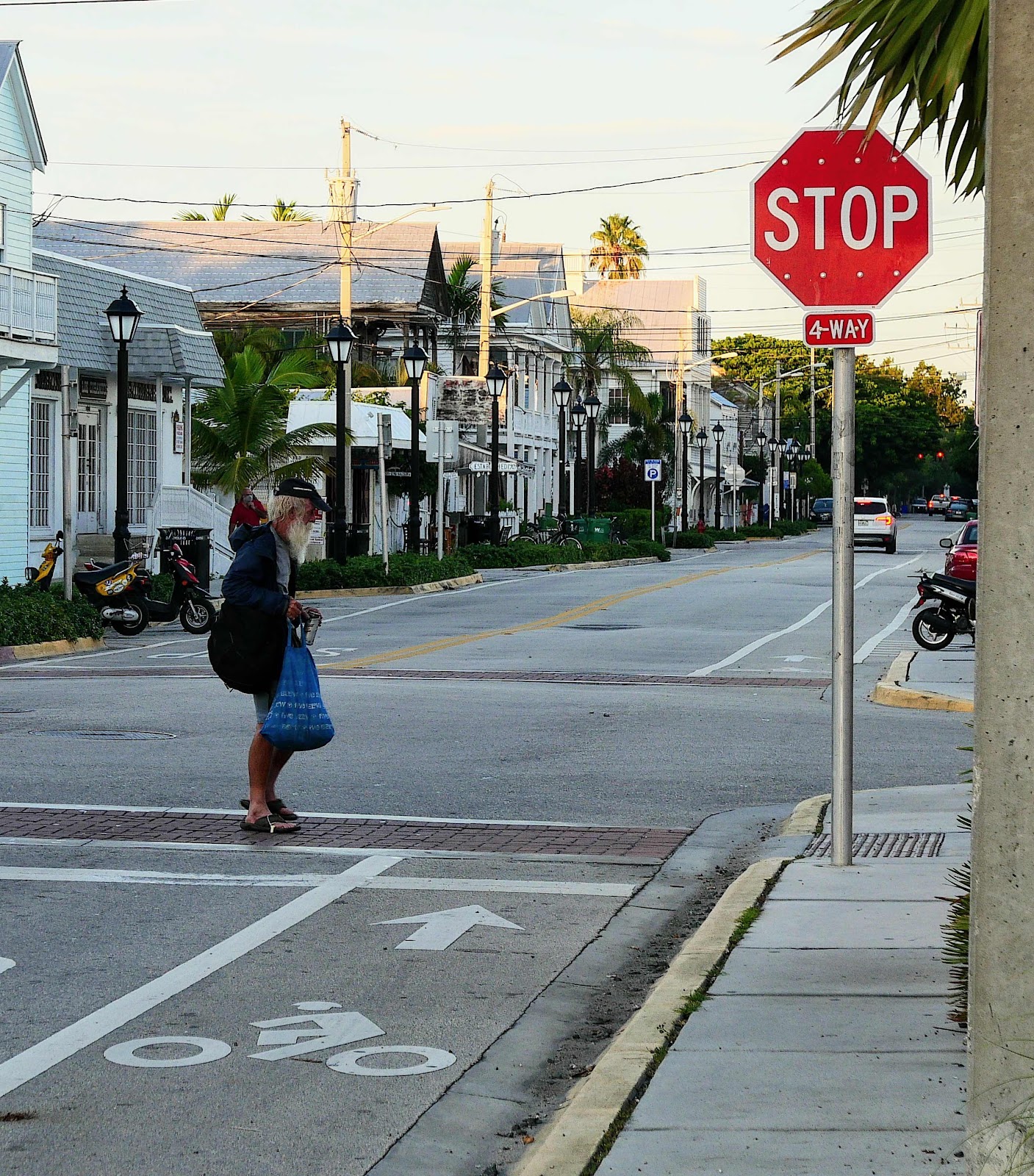 He did. We chatted a while. He told me he came to key West 48 years ago for the boating and the fishing and he never left. Doesn't want to live anywhere else and likes living on the street watching the circus every day.  He agreed to let me take a formal portrait and of course cracked me up. 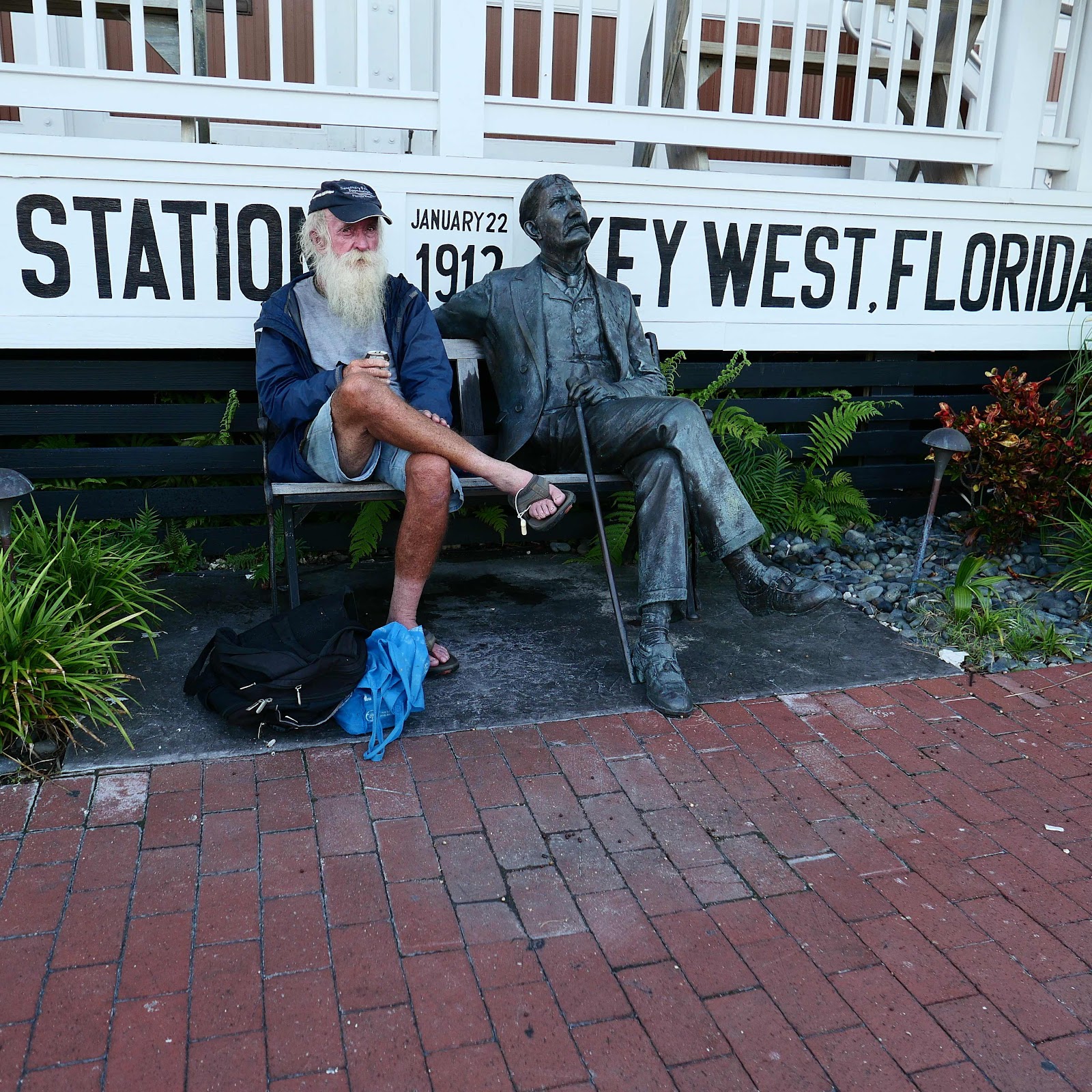 If I don't see you again good luck, he said, as we parted, possibly for the last time. I'll look him up next year if we make it back for a visit as planned.