I sent a letter to my colleagues this weekend explaining why I won’t be back at work for several weeks:

I was lying on my back unable to move staring at the lovely blue sky and white clouds and all I could think was “How does the tunnel of white light appear?” I never lost consciousness as I approached the white Sedan which suddenly and inexplicably pulled into Highway One as I approached at a steady 45 mph. I was in a line of cars and trucks driving to Key West and as I live on Spanish Main I had barely started my commute as I pulled abreast of the intersection at the Square Grouper at the group speed driving the limit of 45 mph. 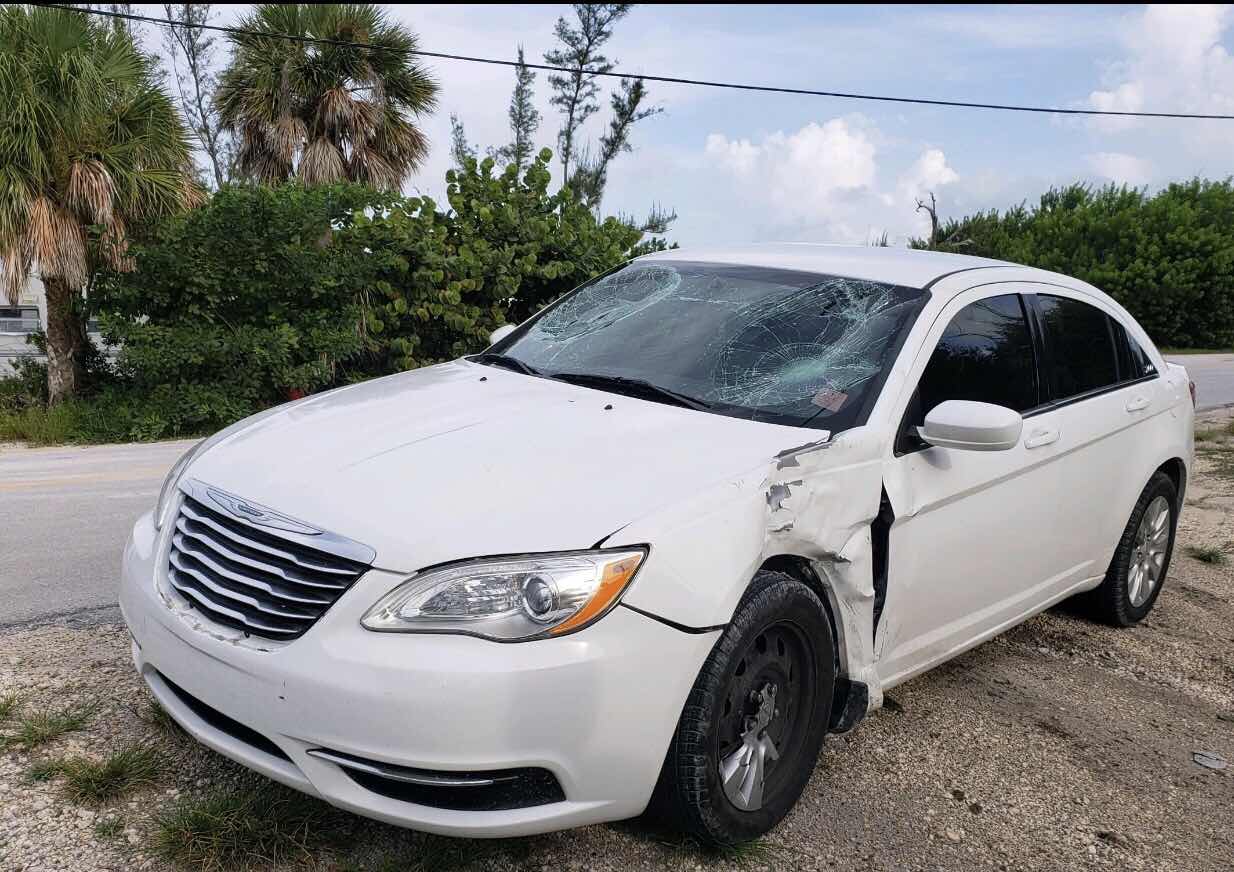 I knew I was going to hit the car with my Burgman 200 scooter and all I could do was try to slow down as much as possible in the few feet remaining. The scooter stopped and I levitated. All I could see was a kaleidoscope of white car as I spun around my legs flung so wide I split my pelvis in three places. I broke my right thigh in two places and I caused minor cracks in my left shoulder and right knee. 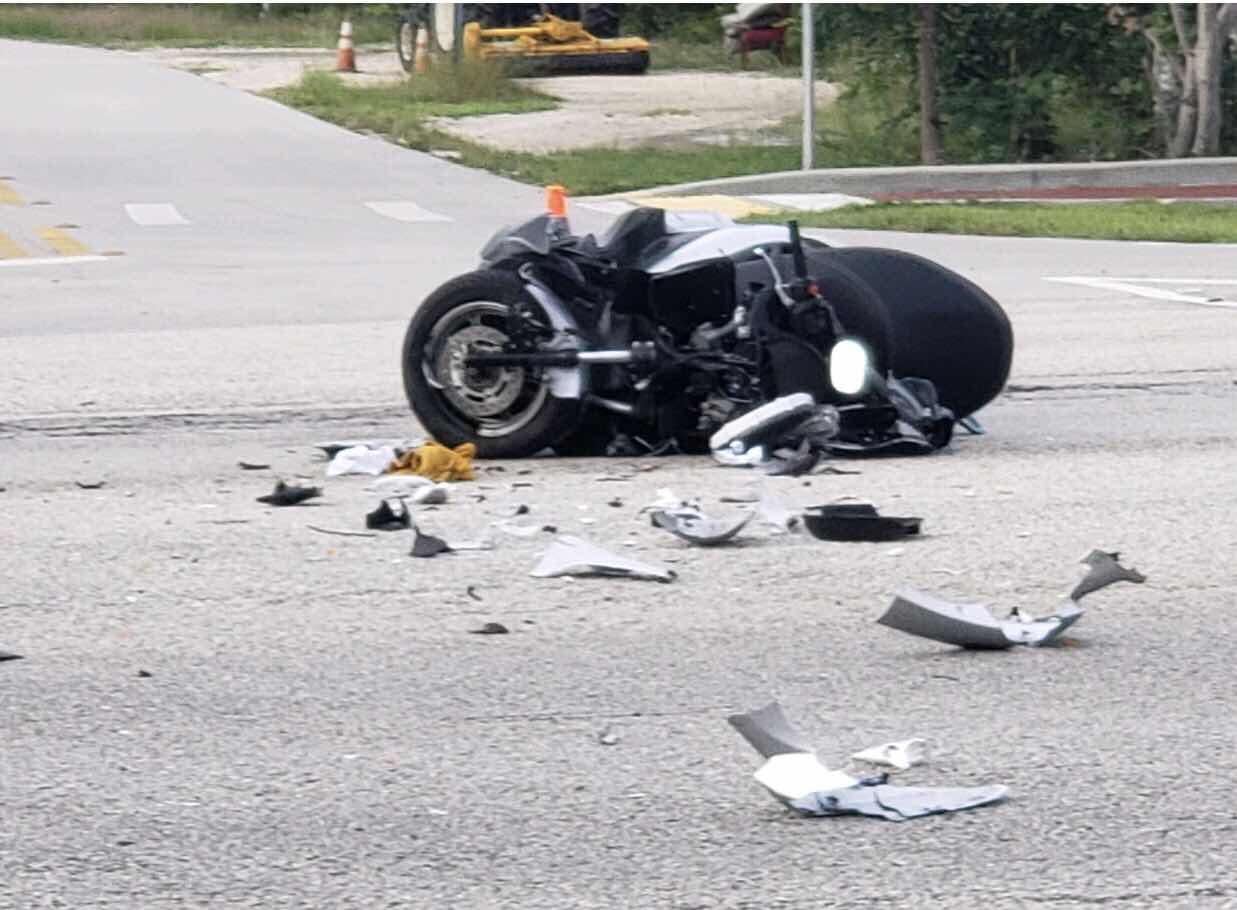 I lay there unable to move never mind get up. I felt like I was morphing into Kafka’s beetle as I prepared to meet my Maker. Civilians crowded around as we waited for Rescue and I shouted out to call my wife and I yelled her number as loud as I could. She could hear me in the background yelling to tell her I loved her as the stranger told her of my condition. She understood I thought it was curtains. 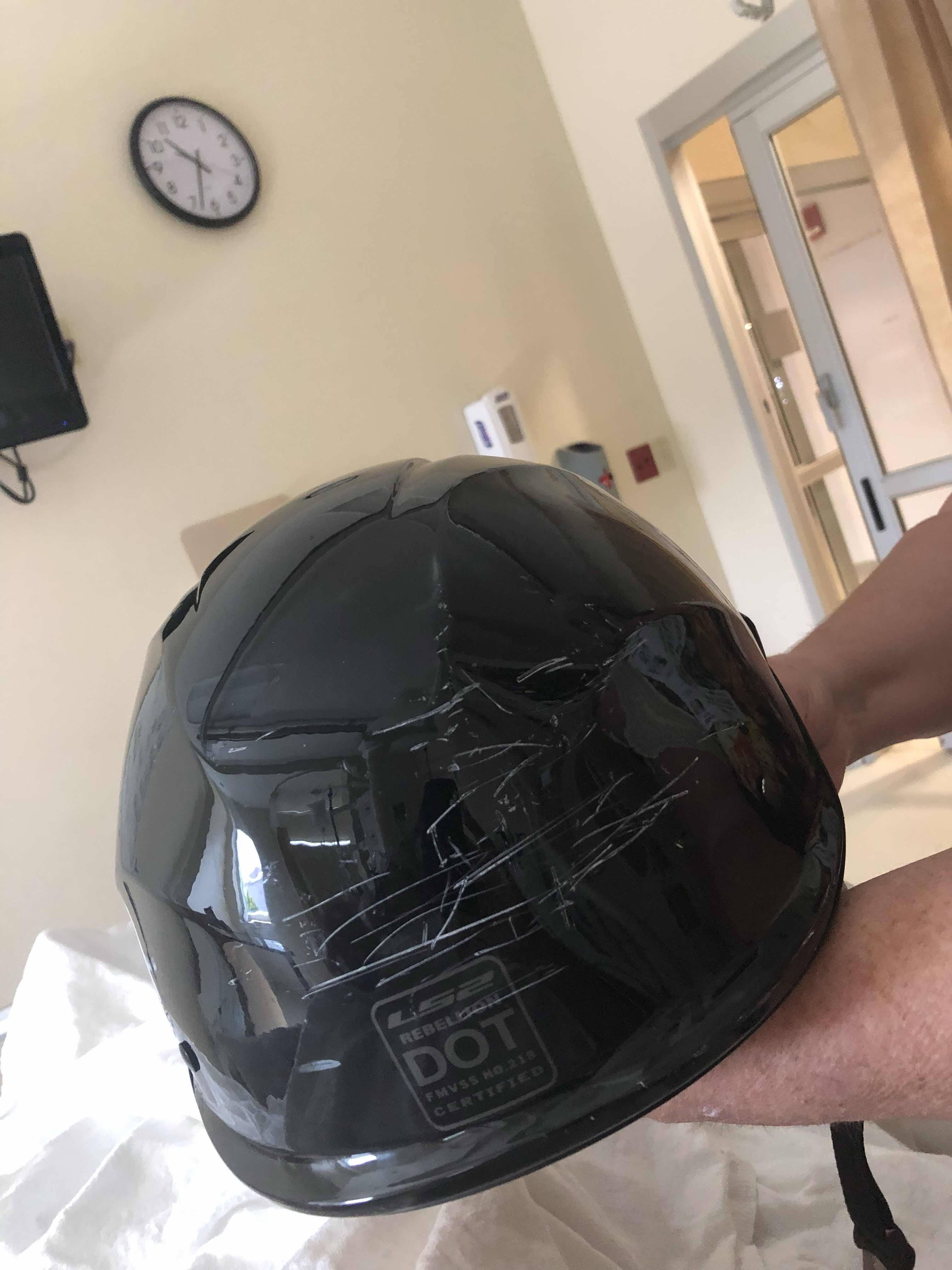 Then I started to worry about shift coverage. I kid you not. I did the same yelling to get someone to
call dispatch and tell them I wouldn’t be in. I hate being relieved late and it was all I could think as I lay on the hot asphalt.
My right leg felt funny like it was raised in the air on a spring and I couldn’t move it. I asked the stranger leaning over me if my leg was in the air and he looked puzzled. and shook his head. I was suddenly afraid I had half amputated it....
Then I relaxed nothing left to do, and as the awfulness of my situation sank in I started to feel alone, I was feeling colder so I knew I was losing blood ( a lot it later turned out)and simply put I didn’t want to die alone but no one would take my hand - too much blood they said and recoiled. So there I lay in a circle of strangers waving my bloody hand feebly in the air waiting for the for the Grim Reeper to you come and get me. I wondered idly what he journey to the afterlife might be like. For a traveler like me all journeys hold at least some interest. 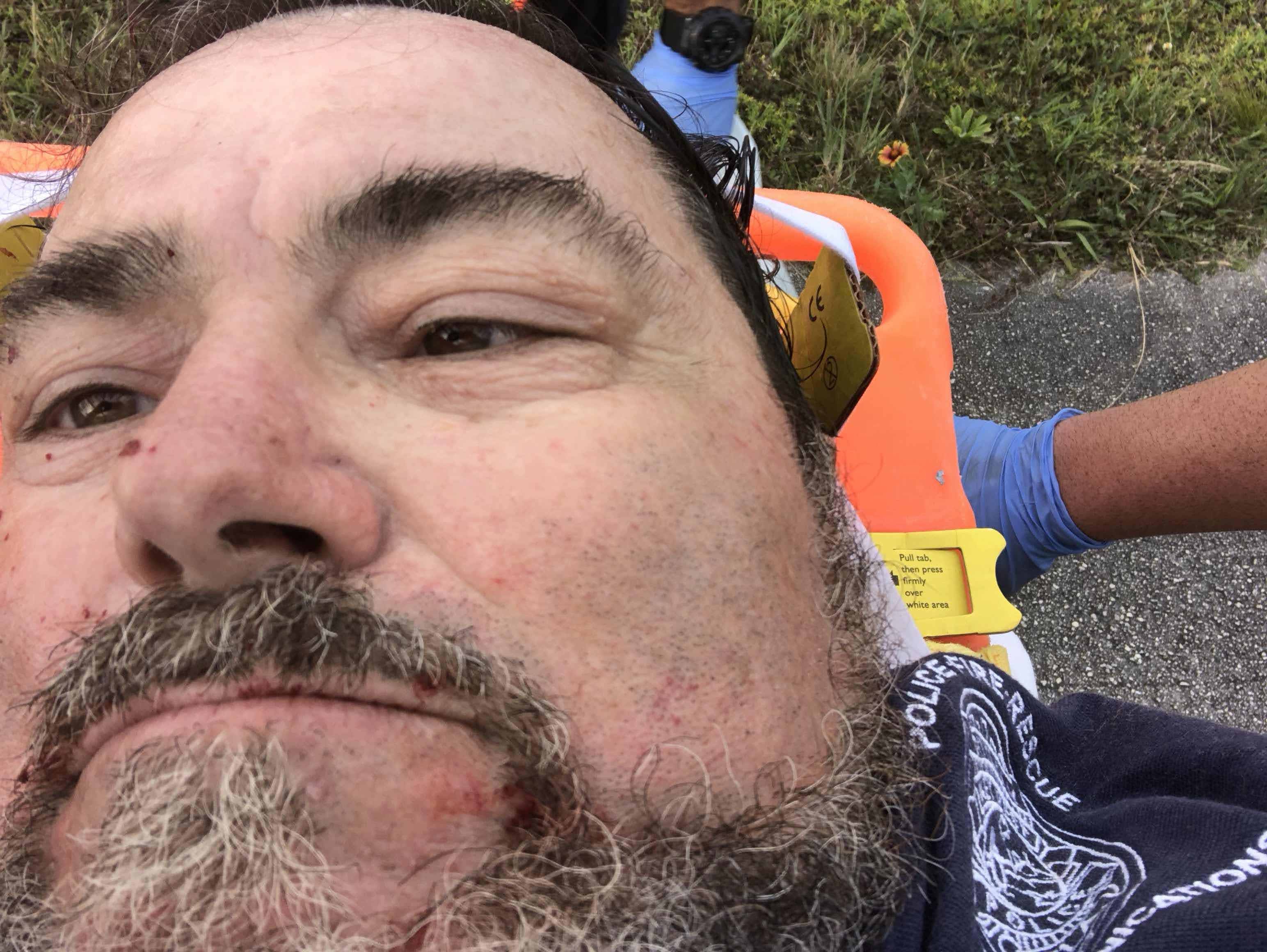 Then the first responders showed up and everything became efficient. I was conscious breathing and alert. They put me on a backboard and wondered out loud about my internal
Bleeding status. I got my bag and my phone and is what I do best: remember the moment:

I don’t usually take selfies but the seemed special suddenly. The ambulance ride was agony as from
The waist down I was a jumbled painful wreck. Getting into the air ambulance was terrifying as the stretcher felt it was being canted to the left as they slid my 280 pounds into the tiny cabin. 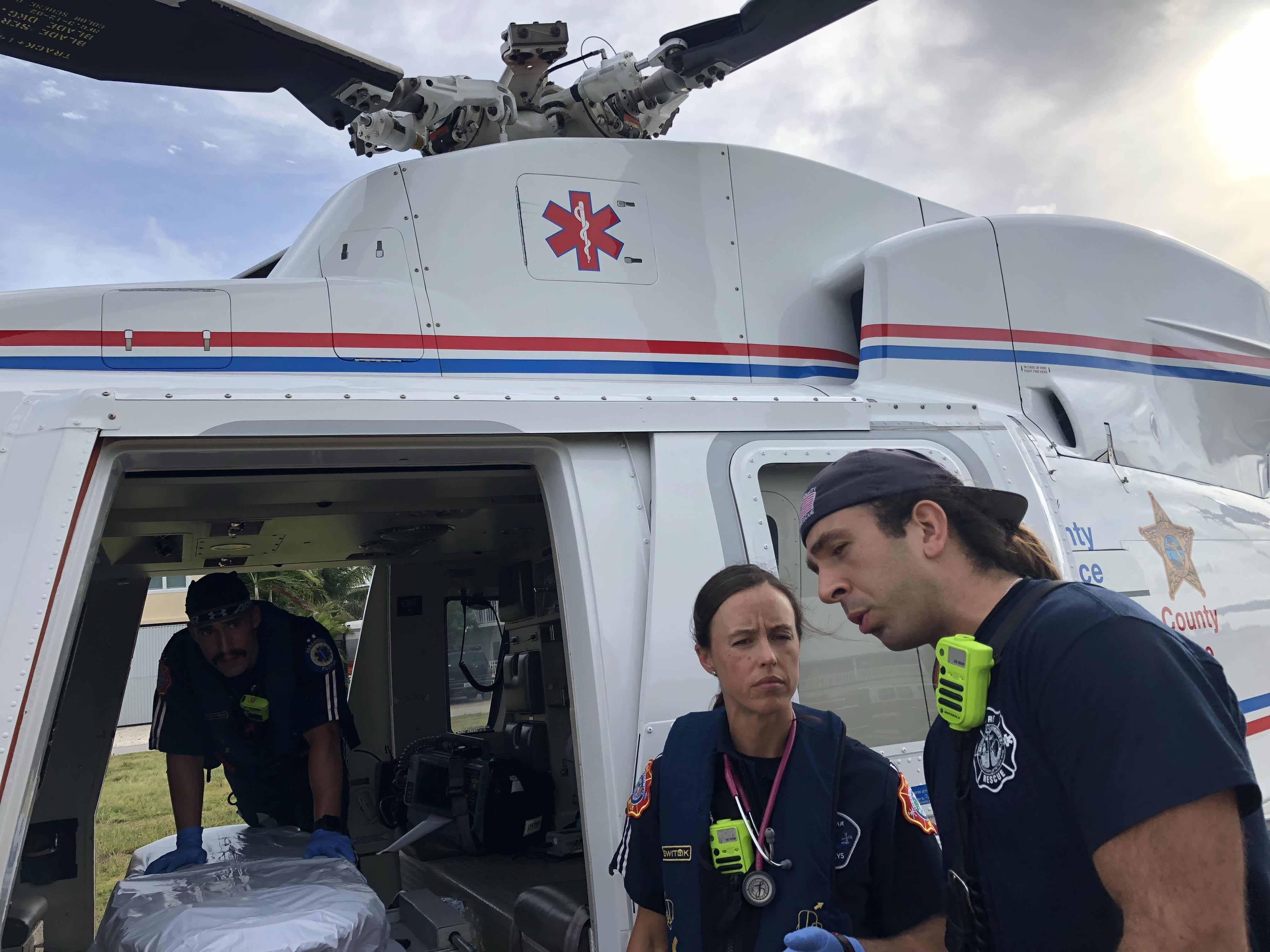 The cabin was tiny and I could count he dimples in the plastic roof liner a foot above me hear. The shock was wearing off and the pain was replacing it. Dull throbbing insistent pain as though my waist had been run over by a road roller. That flight from Summerland to Jackson South was the longest flight of my adventurous life. God bless the sheriff for offering it and saving us from predatory bills. 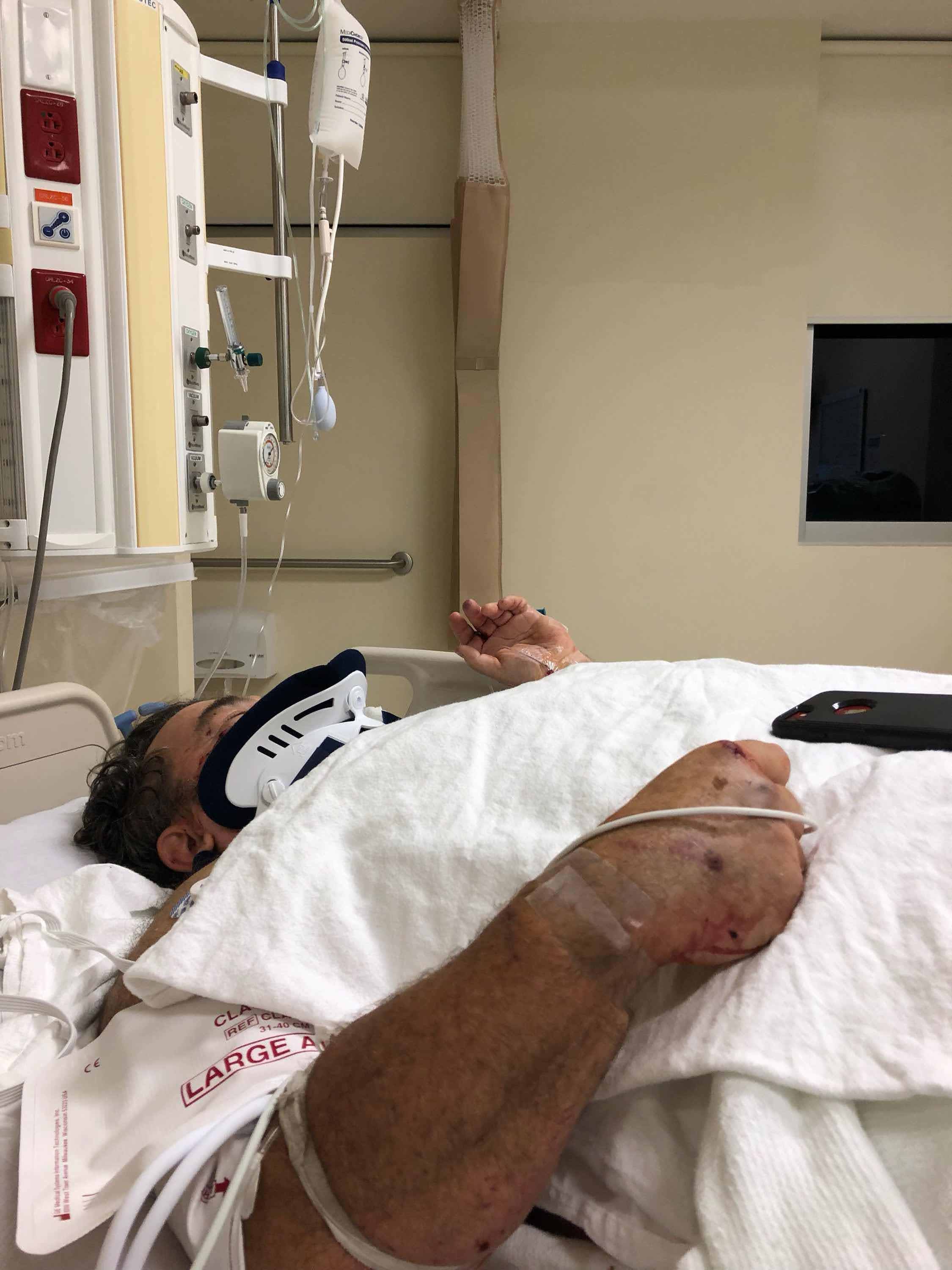 Soon enough I was in care. My blood was too thin from al the blood loss for immediate surgery but they did a CAT scan and found Internal bleeding hence the bags of bloood hanging over my head. The surgeon eased my pain by drilling through flesh and bone in my thigh, which hurt like an unmentionable and stretched the bones back into place which gave immediate relief. Right there in my room like a MASH unit. Thank you Dr Hernandez. 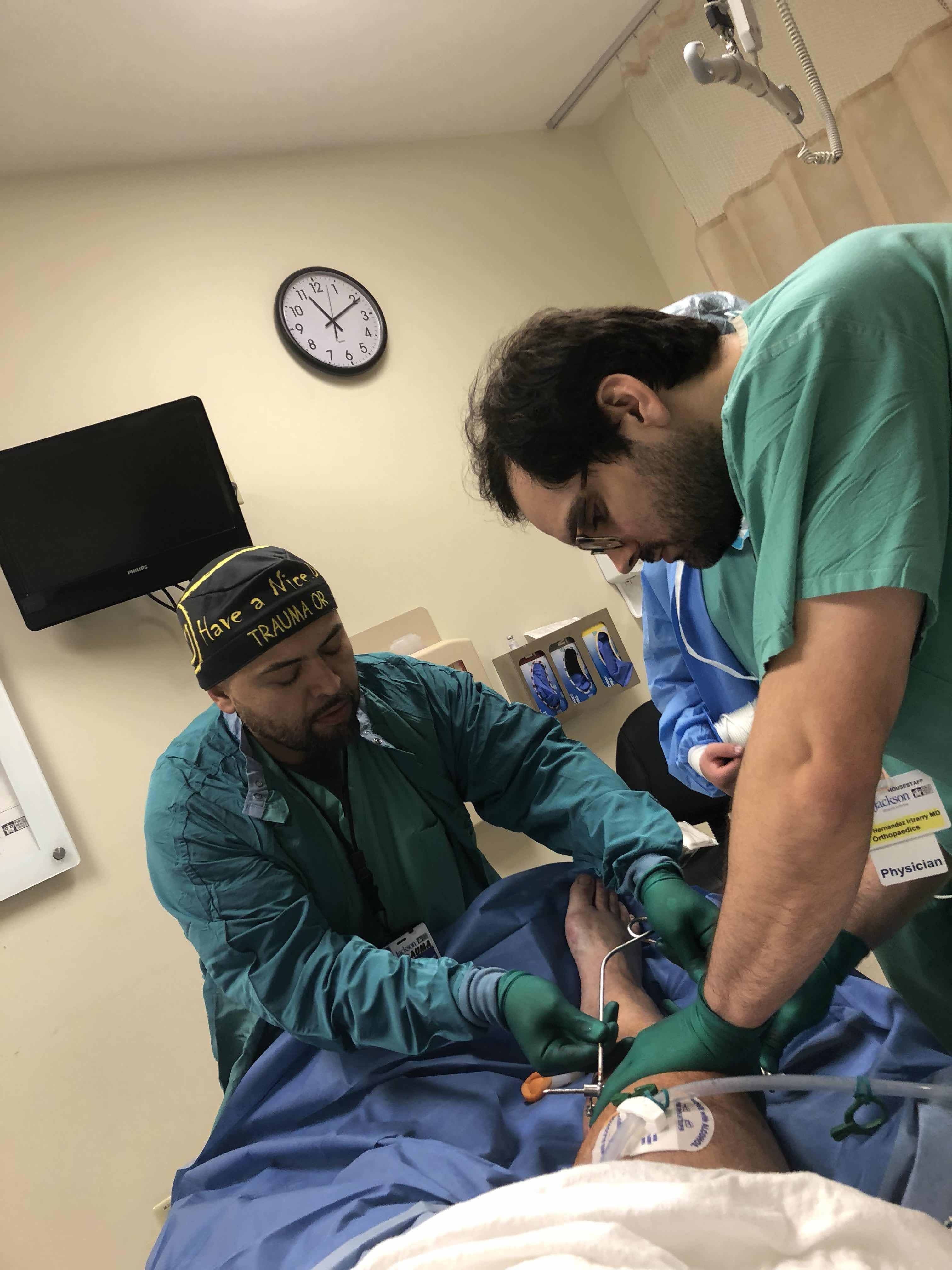 They have fixed my femur in a six hour operation and Tuesday I get my pelvis repaired. And then weeks of hobbling and rehab I’m told as I look for a replacement scooter.
All best wishes
Michael Beattie
Comm 2 Bravo Nights.

Get Outlook for iOS
Posted by Conchscooter at 2:03 AM 35 comments: