It was nothing particular in mind that I took Cheyenne to Boca Chica beach for a walk. The mornings have been getting hot as soon as the sun comes up and small furry Labradors aren't huge fans of summer's heat, even if it arrives in April. A shady stroll at what passes for a beach in the Florida a Keys was just the ticket. 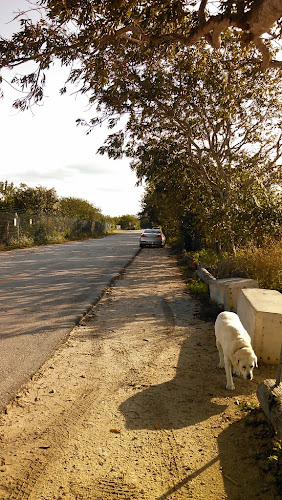 I was surprised to see construction work underway on the Navy side of the Boca Chica Naval Air Station perimeter. 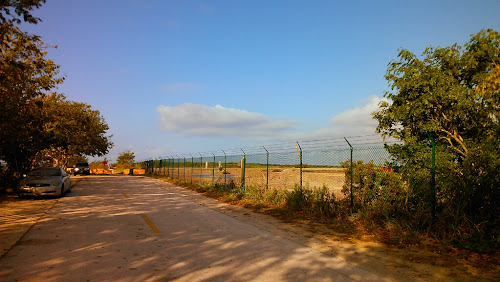 The base has picked up a lot of training since Vieques closed to the US military, and year round mild weather helps training schedules especially when the base is surrounded by open water...They teach pilots from all over the world hoe to take off and land from aircraft carriers here. Apparently they need more runway or something: 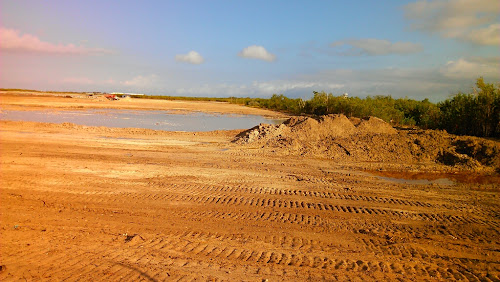 To me this is the Straits of Florida, to the Navy it's open space where no one will complain if planes fly out here and break the sound barrier with a crack like the herald of doom. 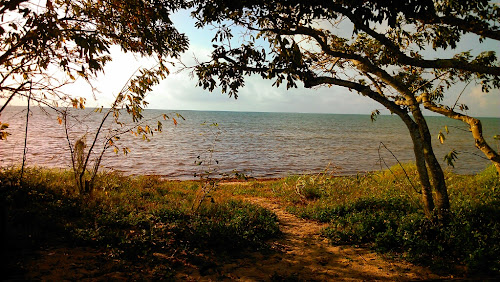 Hurricanes have washed out the old state highway that ran along the waterfront here and the county has closed off the worn out pavement reserving it for walkers and cyclists. Cheyenne isn't terribly keen on making the long waterfront walk these days but I miss the exploration.

Key West Diary: Boca Chica Beach is the story of a long walk with a new dog eager to see everything. She ages gracefully! 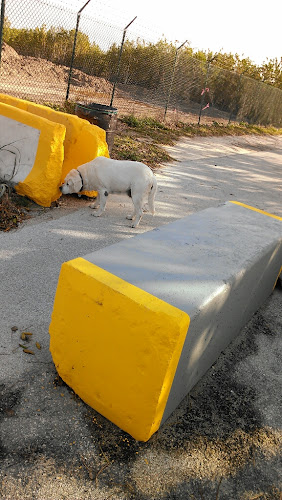 Jets were doing their thing while we were there, zooming up with a ground shaking roar and a roll of thunder loud enough to feel like the four horsemen of the apocalypse were paying a visit. The newspaper had an article on these things and when I got home I discovered they are F-5N Tiger II aircraft of Composite Zfighter Squadron III. The thrust of the newspaper article is that training will be picking up through the end of June and these "composite" flyers will be playing the enemy as visitors learn how to kill them. 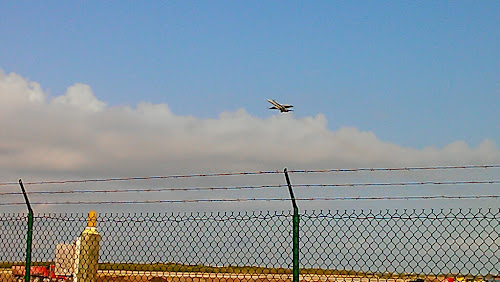 The issue of jet noise is one of those local thorns that get people around here all worked up. Boca Chica has been a major naval base since World War Two yet people who choose to live nearby are surprised by the noise created by powerful jet fighters screaming around the skies. When one of these planes come in to land or take off the noise will drown out conversations, radio, TV and music in the homes nearby and because they are practicing take off and landing techniques from a pretend aircraft carrier the activity goes on quite a bit during daylight hours when visitors are at the base. Which is why I won't consider living between Key Haven and Shark Key to avoid this issue. Other people choose to live under the flight path then complain about the noise. 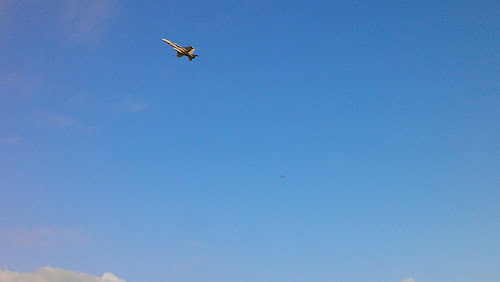 Being as how this is a military base there is a lot more than common sense in play here, as always among fallible humans. Supporters of the military take the position that to oppose "jet noise" is to be somehow unpatriotic and they call jet noise the "sound of freedom" in the typical hyperbolic fashion of people who aren't too fond of explaining why they believe what they think. I view the recent Supreme Court rulings on campaign finance as the death knell of freedom but flying jet fighters are a fine distraction from that threat. The noise issue keeps the complaints flowing from people who chose to live next to the air base, the bright sparks! And this wouldn't be the Florida Keys if someone somewhere weren't complaining, and introducing common sense into the debate will earn you no friends. I live outside the fly zone and let them get on with it. 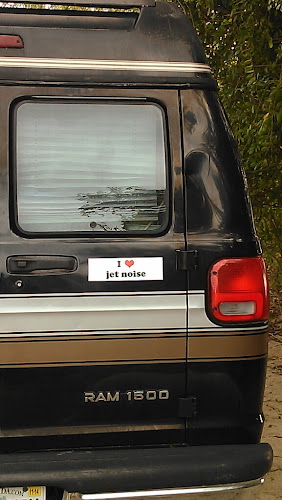 This is a good spot to ponder the relative merits of the Second Fourth and Sixth Amendments, but it's also a good place to enjoy the view. 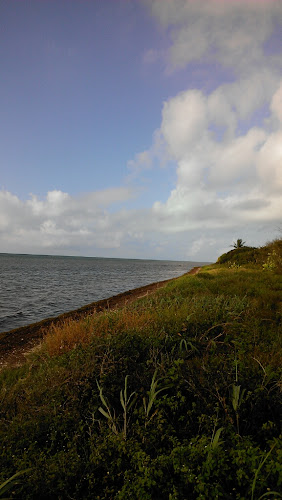 On a day when the mosquitoes and no see-ums are away this is the perfect place for a picnic. 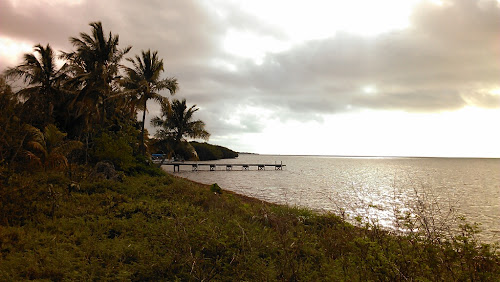 Personally I find insect bites to be far more aggravating than momentary jet noise. I thus find it ironic that yellow fever has been responsible for far more deaths than war. I know why my neighbors get up in arms about expensive government jets flying around, while the gradual dismantlement of the public health system takes place under their noses and not a peep do we hear. The obvious is easier to shout about, but Dr Joseph Yates Porter, the Army doctor turned unglamorous public health director responsible for eradicating yellow fever in Key West deserves more consideration in this age of declining public service. I've never seen someone die of yellow fever, for good reason, but I wonder when that might change?