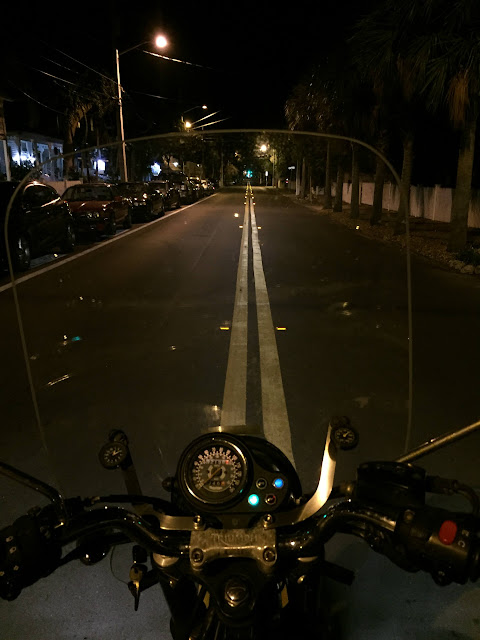 I got the urge to go downtown as the city slept, so I was able to park the Bonneville on the yellow lines on White Street (normally a busy thoroughfare) with me astride and snag a picture with my headlamp on high beam. Then I parked and walked a bit. 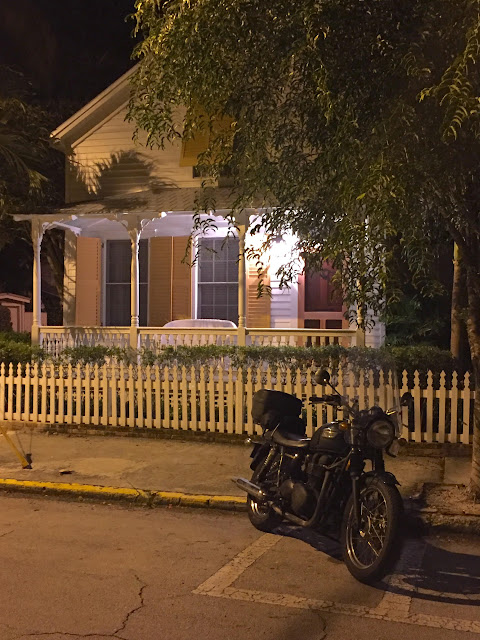 A look down Southard Street toward Duval where the original Samuel Southard had nothing to do with the city weirdly enough.Many people know John Simonton was one of four original owners of Key West, who each bought a quarter share of the island from Juan Salas who got it as a grant from a  noble who got it from the King of Spain. Simonton was join by John Whitehead, John Fleeming (sic) and Pardon Greene. Salas double dipped and went on to sell the island again to another American, John Strong but his claim was thrown out by the courts. Key West became incorporated as a city in 1828. And that's the origin of those four street names, Fleeming changed to Fleming over time. 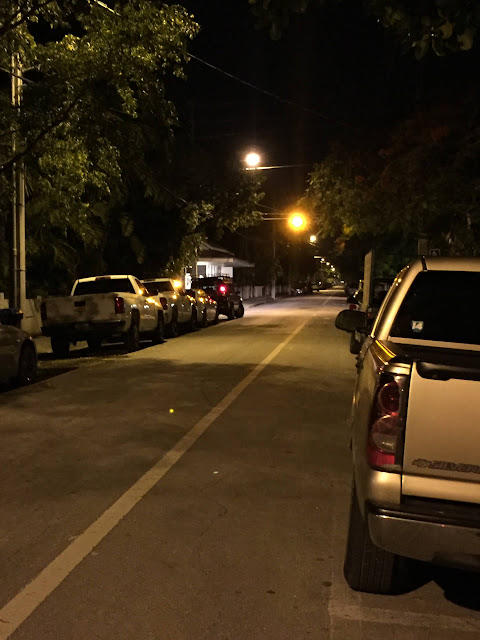 None of those four ever lived permanently in Key West and where William Duval was the first governor of Florida, Samuel Southard was a governor of New Jersey and for a while held a Federal Cabinet post. His connection to Key West is unknown, nevertheless he got a street named after him. 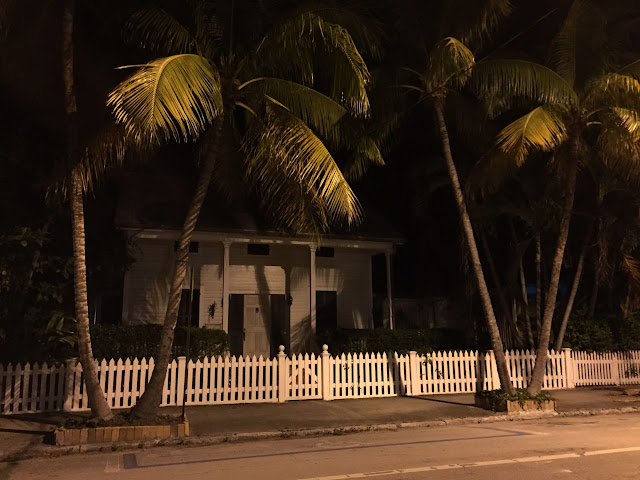 Ann Street, two blocks long was named for John Simonton's wife, and very pretty it can be too at night. 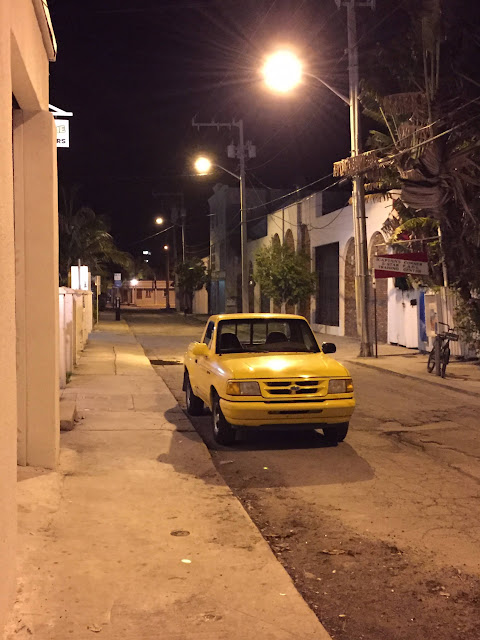 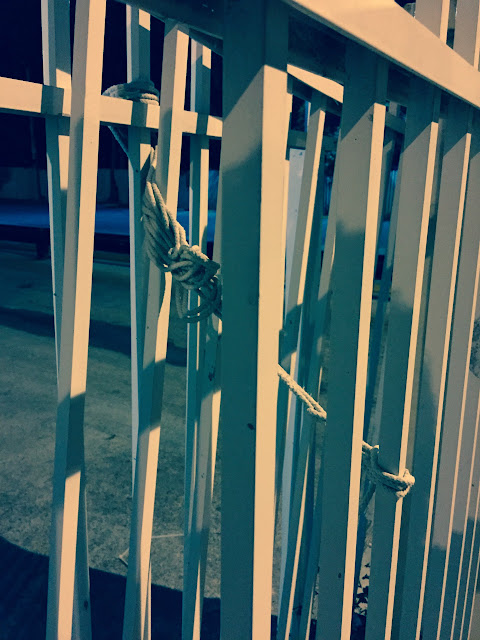 I have long wanted to eat at Two Friends because I like the patio arrangement but for some reason it's not on my radar on the rare occasions I eat downtown. And they deliver! 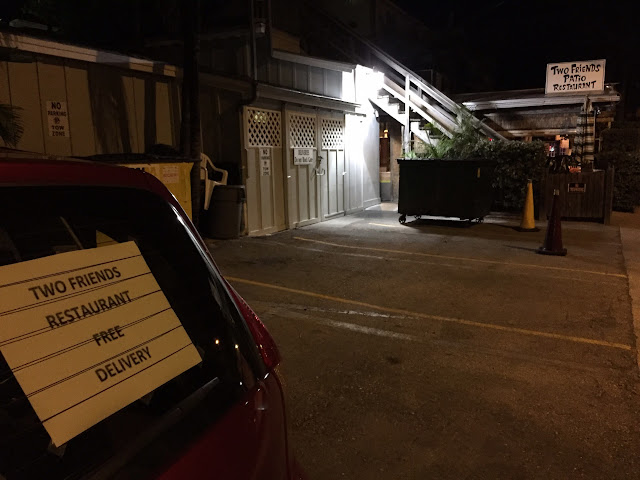 The patio to me looks like an upscale Buddy Owens Fishwagon to me and for some reason it appeals. Even at night, in the dark and empty. 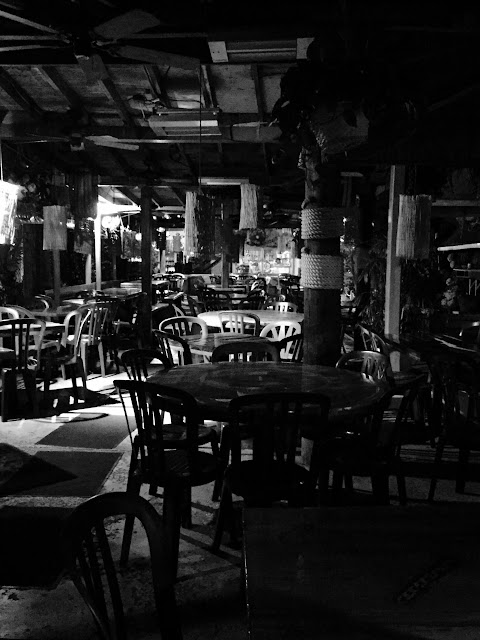