I have long held the belief that gay men have more fun in Key West. I can't think where that opinion comes from. Unless it is the signage one comes across while making one's way along White Street near Fleming. For the rest of us straight dullards today is Valentine's Day the celebration brought to us by Hallmark who shames us into marking a holiday we'd otherwise not remember. A Hot Naked Sunday would be something of an altogether different stripe, but unfortunately as long as it involves only men they shall be deprived of the wit of my company. Their loss or mine I cannot say for sure. 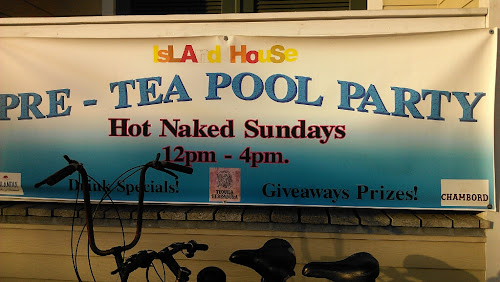 I took off into the former Navy base at Peary Court and found an actual military fire plug. Unlike mere civilian fire hydrants military ones apparently come with a little flag made of metal. Perhaps it's some federal requirement which covers all bases Tropical or Arctic so they can be found under snow drifts. 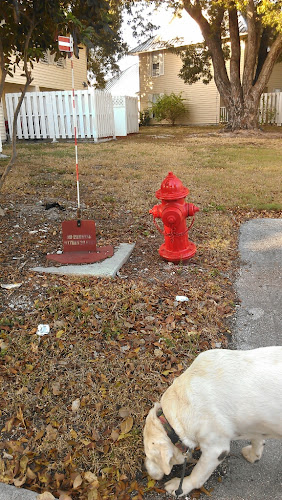 I did consider briefly applying for work at the US Antarctic base where they have openings from time to time for fire dispatchers March | 2011 | Scott's Antarctic Experience and though things have changed a bit since he wrote that blog (Raytheon is out as the Federal contractor) I find myself pretty snug at KWPD... I wonder how I would cope with permanent daylight, all that snow and not a tree in sight. I'd love to see Robert Falcon Scott's expedition hut but that experience might not make up for the massive amounts of free ice cream I'd scarf while working at the base. 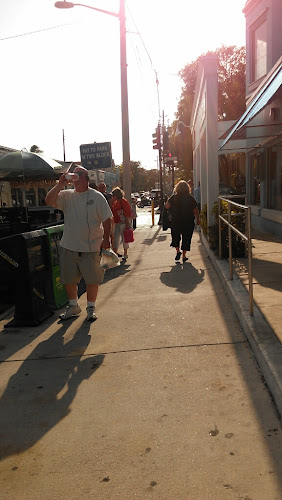 As it is I'm stuck in Key West and doing my best to cope with what seems like permanent sunshine these days and massive numbers of visitors despite the economy, the national debt and all the other perennial gloom. A visit to the Tropic this tIme of year means hunching cheek by jowl with lots of petulant snowbirds who seem to like to talk along with the plot and reassure each other they know what's going on as the plot unfolds onscreen. 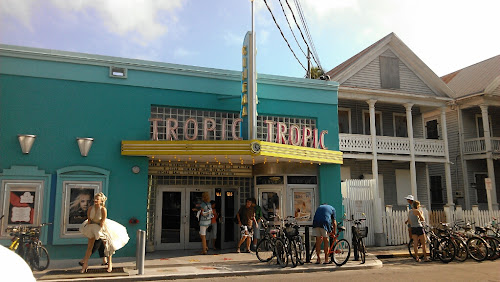 We went to see the Oscar nominated live action short films encompassing efforts from Belgium, South Africa, French Canada, the US, and Afghanistan. All of them were tear jerkers but my money's on the colonial effort out of Afghanistan where the credits listed Afghan trainees alongside US technicians as though the movie we're some sort of USAID effort promoted by the State Department. It was a good movie was Bukhazi Boys. 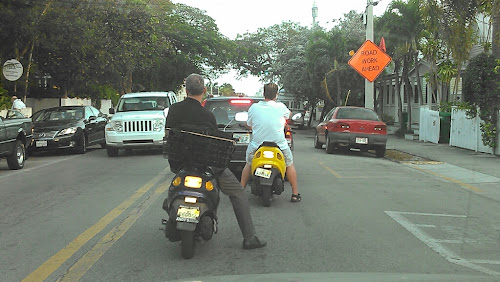 In the photo above I watched the rider with the long leg being terribly cool seated almost side saddle on his scooter, weaving as he rode, leaning the scooter to one side like a circus bicycle. He probably hadn't heard the story about he guy who took a curb on his scooter leaving a gas station, tipped over and cracked his skull on the curb and was dead before the ambulance got there. And I dispatched them in a hurry. The great thing about riding a motorcycle, like sailing a boat, is that from looking cool to looking like an idiot or worse is matter of a fraction of a second. He wobbled off happily down White Street looking cool and with no idea of my gloomy thoughts. I've been riding since 1970 and remain glad to be alive. 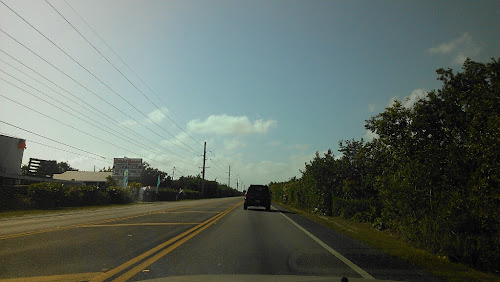 All's well that ends well. Every day is Valentine's Day when you live with Cheyenne. She is easy to please and a few minutes scratching her throat sends her into paroxysms of ecstasy. 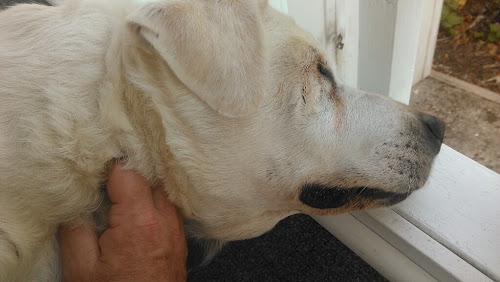