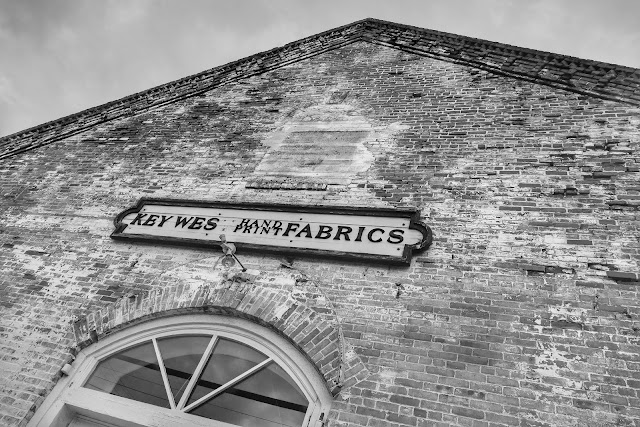 There aren't many brick buildings in Key West and the ones I see I want to photograph. This one is in the style of the original brick warehouses that replaced the original wooden structures along the very busy Key West waterfront of the 19th century. 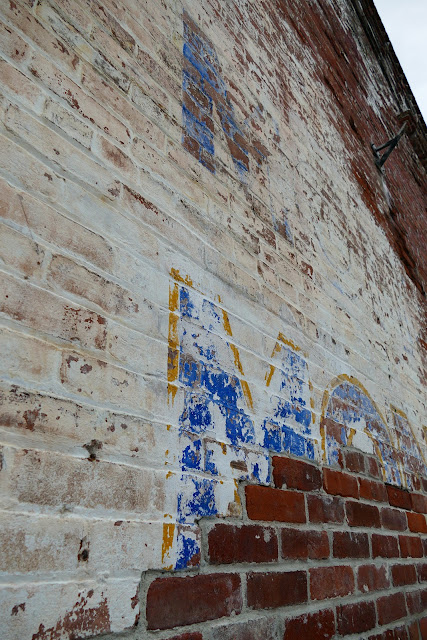 Key West suffered a massive fire in 1886. We tend to forget how fearsome fires were in the 19th century and how easily they were set in a  time of lanterns candles, straw and wood. In 1886 a fire started in the 500 block of Duval Street. 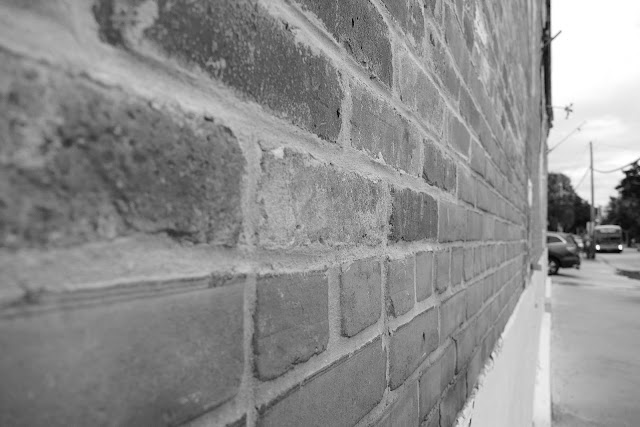 The statistics from it are pretty awful. It burned for twelve hours and destroyed 50 acres of the city's rime commercial real estate. It also killed seven people and injured 15, and in the end they estimated one and a half million dollars in damage, at a time when a million bucks was a lot of money. 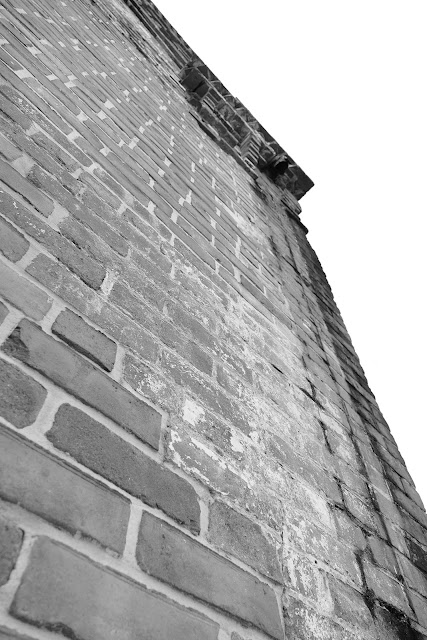 Brick is obviously a good material against fire but against hurricanes wood can do quite well if properly braced and raised above water flooding. The great hurricane of 1909 wrecked brick buildings all over the south end of Key West and tore down a few wooden ones. So in the end choose your material and hope for the best. 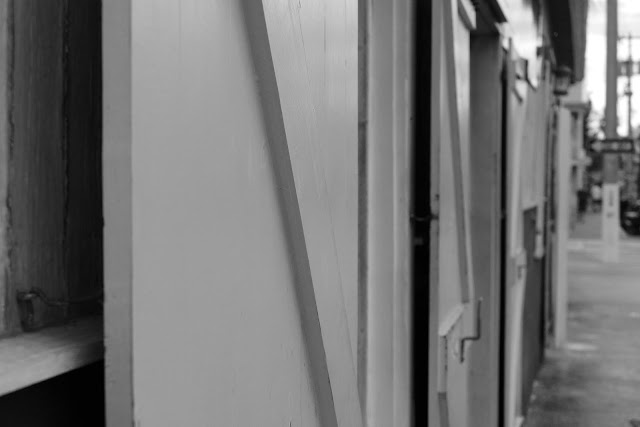 Walking down Greene Street I was glad to see the cruise ship five blocks away was showing a movie on the top deck. Totally weird in my opinion and imagining that some people would rather do that than go for a walk in Key west...well there is no accounting for taste. 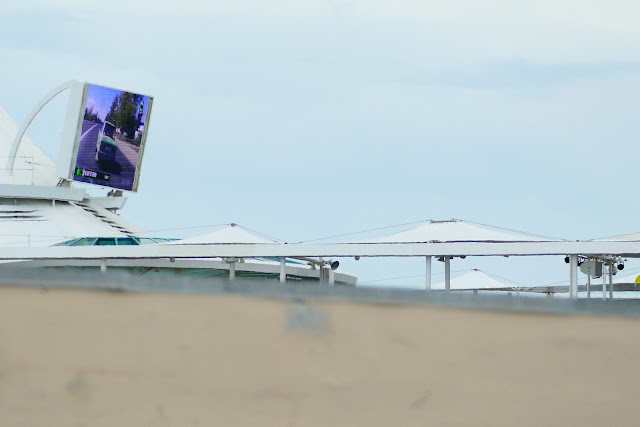 Looking back at Greene Street on Ann Street I saw this splendid sample of a colorful heavy duty Key West station wagon. And as far as I could tell it enjoyed no electrical propulsion. 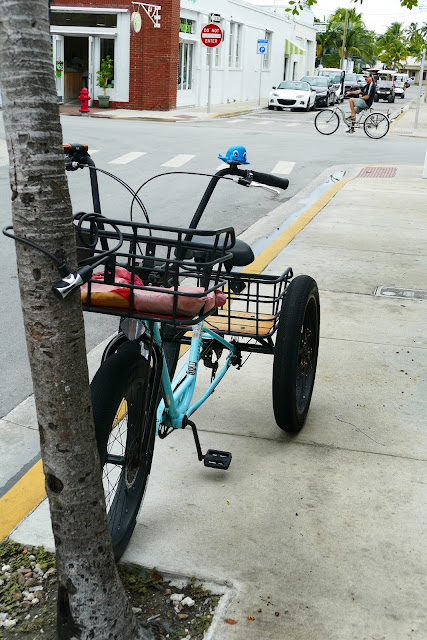 As I like to say not everyone is on vacation in Key West and Old City Hall (510 Greene) was getting a  touch up. 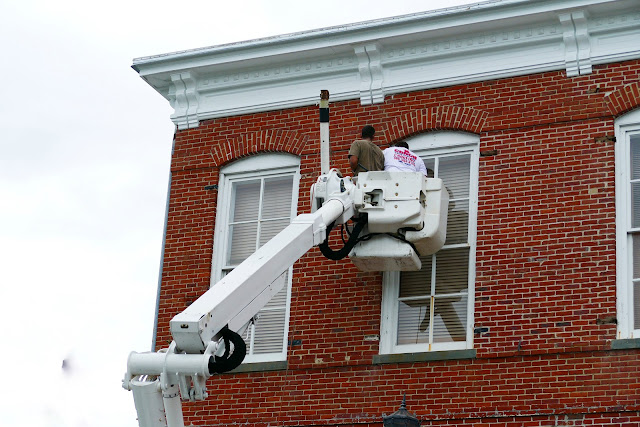 I posted this one on Instagram pondering the attraction of swimming in the rain: 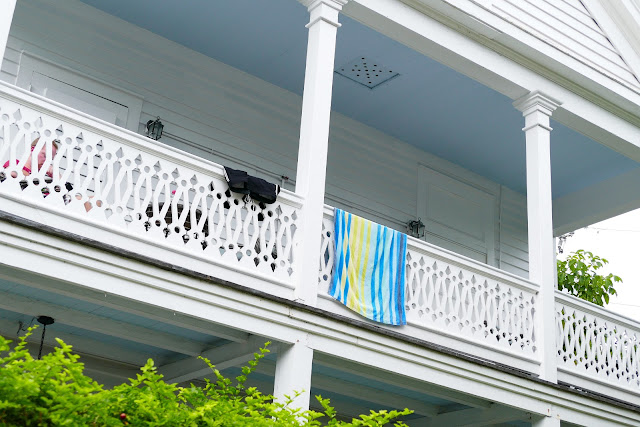