A good many years ago I was struck by a blasphemous comment I overheard from a visitor struggling to cope with a map of Key West. You'd think this would be an easy town to navigate, a rectangle two miles by four with a mostly grid pattern of streets...yet it is the most confoundedly confusing town to drive if you don't know it. The reason, as best as I can tell, is because the streets don't actually point north and south, as they should in a well ordered world. In fact the city is laid out in a northwest to southeast grid making everything slightly off kilter. Plus the town is flat to all intents and purposes so you can't see landmarks and locals who know the way get impatient (ahem) when slow pokes pause to figure out their next move at an intersection. Better then to take a Conch Train and listen to the spiel, than to drive yourself if you are of a nervous disposition. 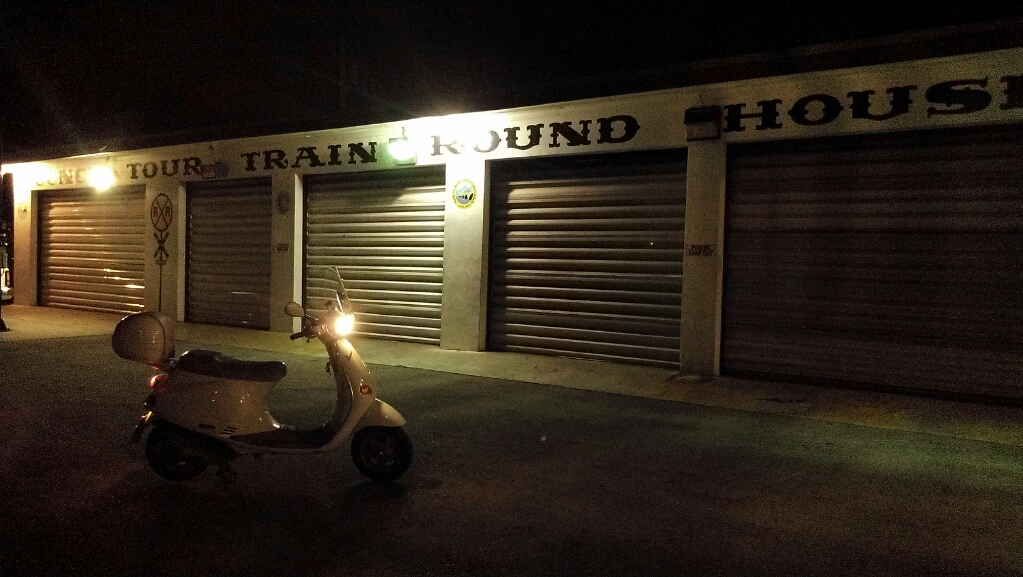 Of course you could take to the wide straight streets of New Town, the north(west)/south(east) streets carefully labeled one though 20 and their corresponding grid patterned, named cross streets. However when tourists speak of the joys of Key West and its architecture they don't mean the banal suburban joys of full sized lots, ranchette homes and on street parking... New Town was built over open fields, including a dairy farm, spaces that were separated by Division Street from the town that had grown up around the harbor on the northwest corner of the island. Timeline Photos doesn't have many pictures of boring old New Town but you can find an idea of what it was like "in the day." Division, the street that divided the known world from "here be dragons" in the unknown countryside beyond, is now called Truman. And the fields of the wilderness look more like this today: 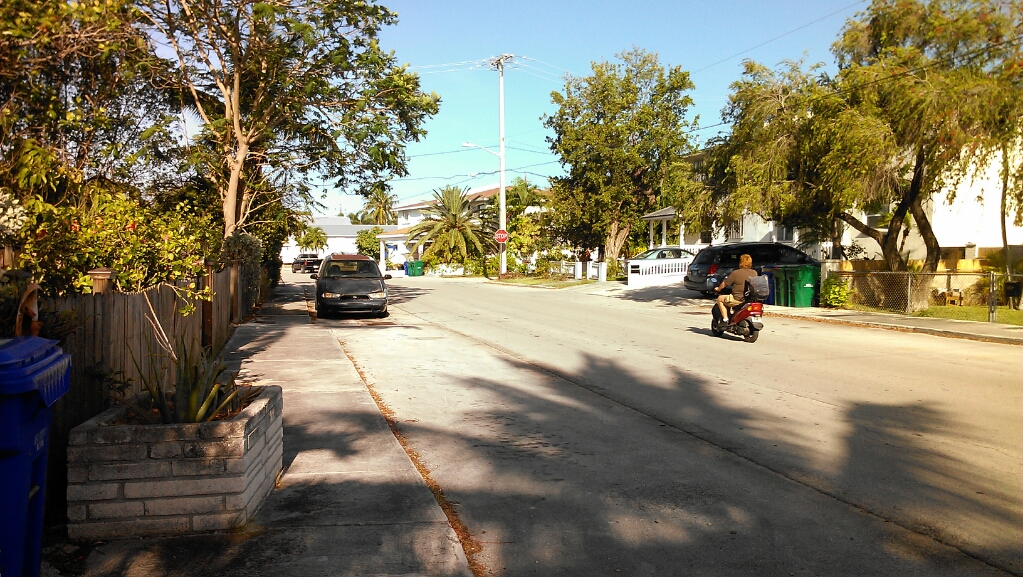 What happened was, Key West got discovered and funny young men came to town looking for a different way of life and paid good money to buy ramshackle houses made of wood on tiny lots, thus freeing up the locals to buy fields and build well equipped modern boxes to build on them. The wood houses became particular guest houses and the Conchs got all modern conveniences in their ranchettes. 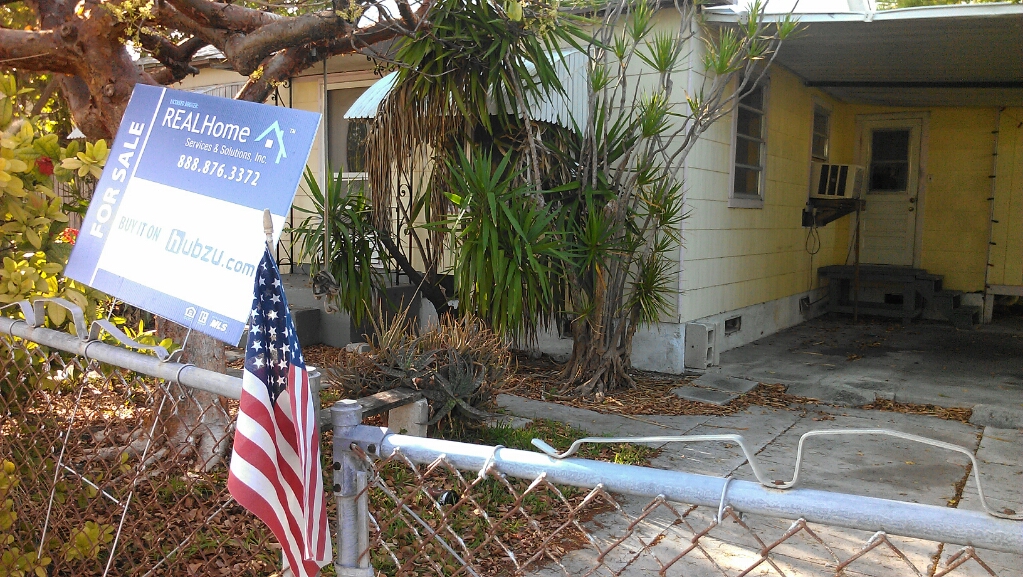 It's worth remembering that outsiders wouldn't have got a toehold here had they not been able to buy. If I had to live in the city, I'd rather live outside the narrow maze that is Old Town. The reason may not be immediately apparent but after you wake up to find an intoxicated person sleeping on your porch, a few times too many, the boring architecturally unremarkable joys of Old Town will become apparent. 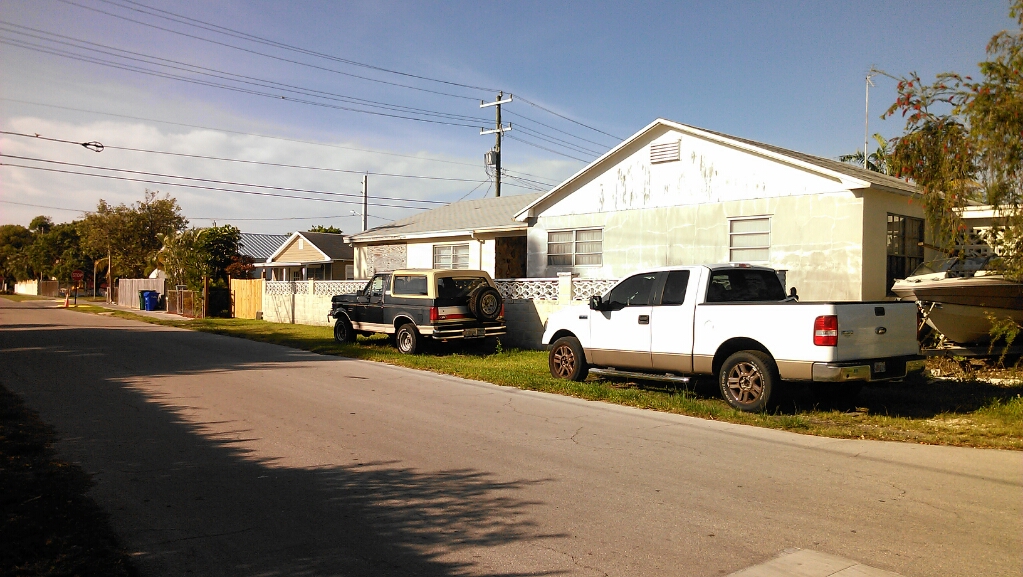 Consider this: at Fogarty and say Sixth or Seventh Streets for example, you are a couple of miles from Sloppy Joe's, yet I know more than one Old Town resident who feels that traveling this far from the orbit of Duval Street puts you on the dark side of the moon. "Drive that far?" This is now the land of strip malls, supermarkets and chain stores to serve the city. If you find yourself missing large sun baked parking lots and Pier One, New Town is for you. Though if you get bored in mainland shopping centers these places will seem laughably small to you. Target, Costco, Bed Bath and all that stuff are 130 miles away and sometimes that seems too close. 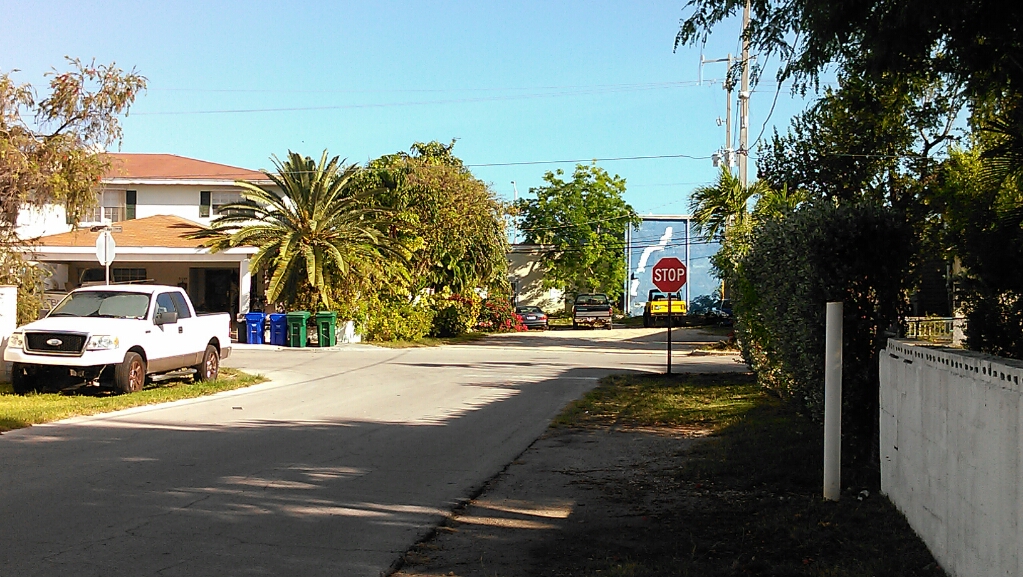 I find cycling New Town to be much more relaxing than trying to share the streets of Old Town with aggravated drivers. There are no Conch Trains here, and only a handful of adventurous (lost) tourists. If you like to garden this is where you can indulge yourself and without the additional fertilizer of passersby throwing up in your flower bed at odd hours of the morning... 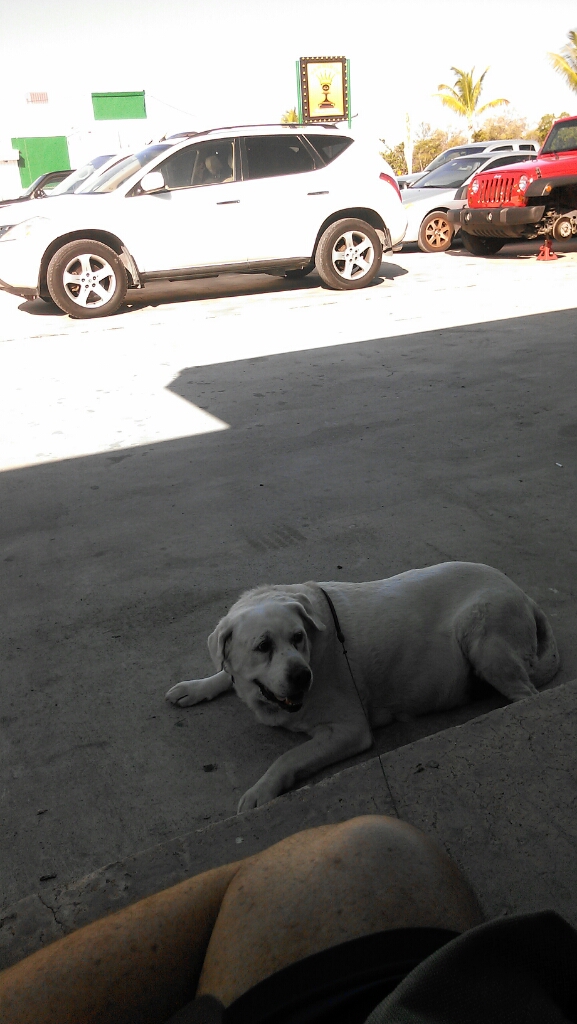 Cheyenne finds the smells and excitement of Old Town more to her taste, so you can see I am, once again, wrong about everything.

Posted with Blogsy
Posted by Conchscooter at 12:00 AM 8 comments: