On being vaccinated. I got my second Moderna shot on February 16th so technically I should be safe to act normal, were such an attitude in my power. I still wear a mask as required, I order food curbside, I avoid crowds, I walk Rusty in places where others dislike treading. 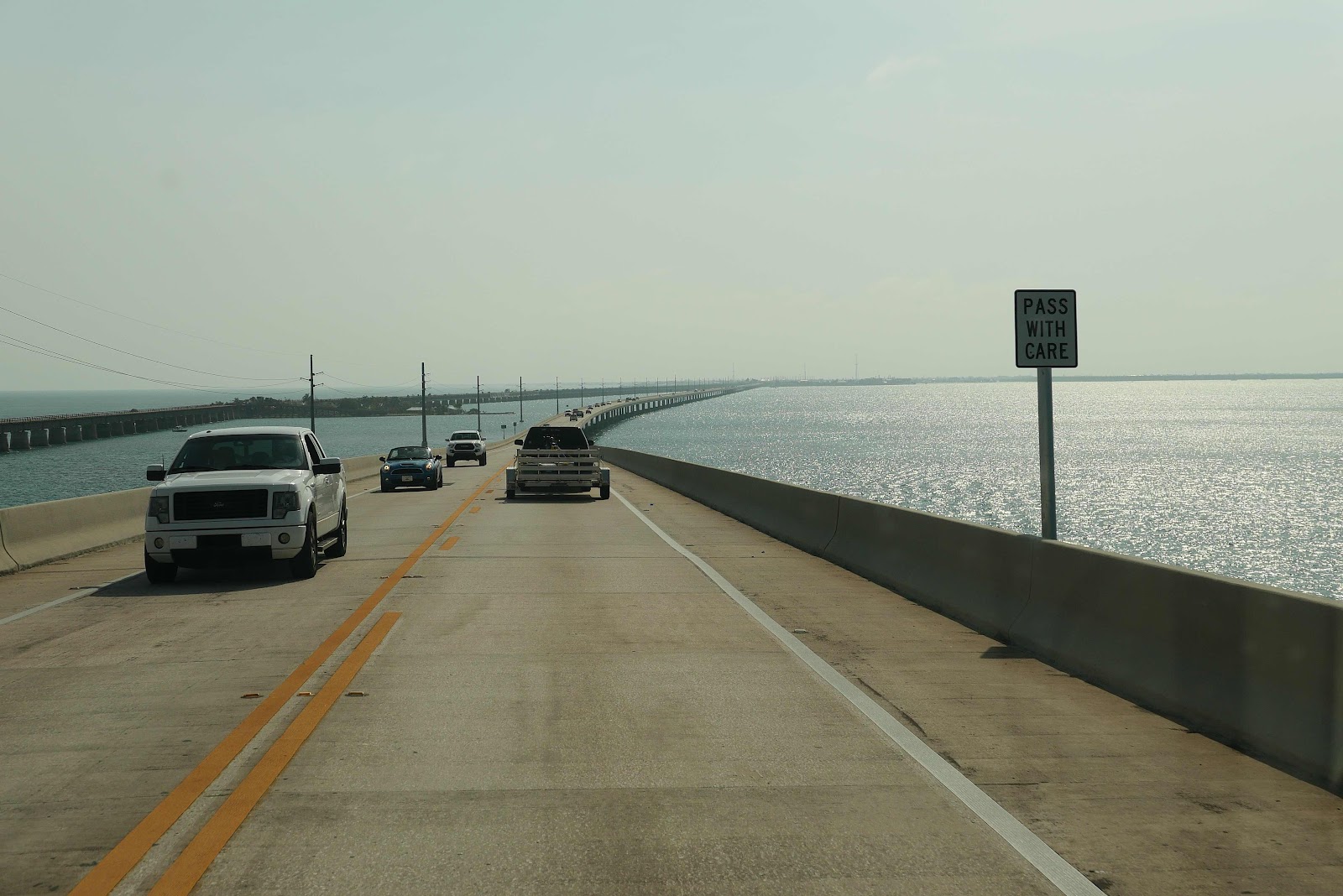 My wife has shoulder surgery scheduled in a couple of weeks so even though she too is vaccinated she is anxious not to screw things up so she too avoids crowds in an effort to avoid infection. It seems sensible and over the top at the same time. The pandemic brings out the weird in all of us. 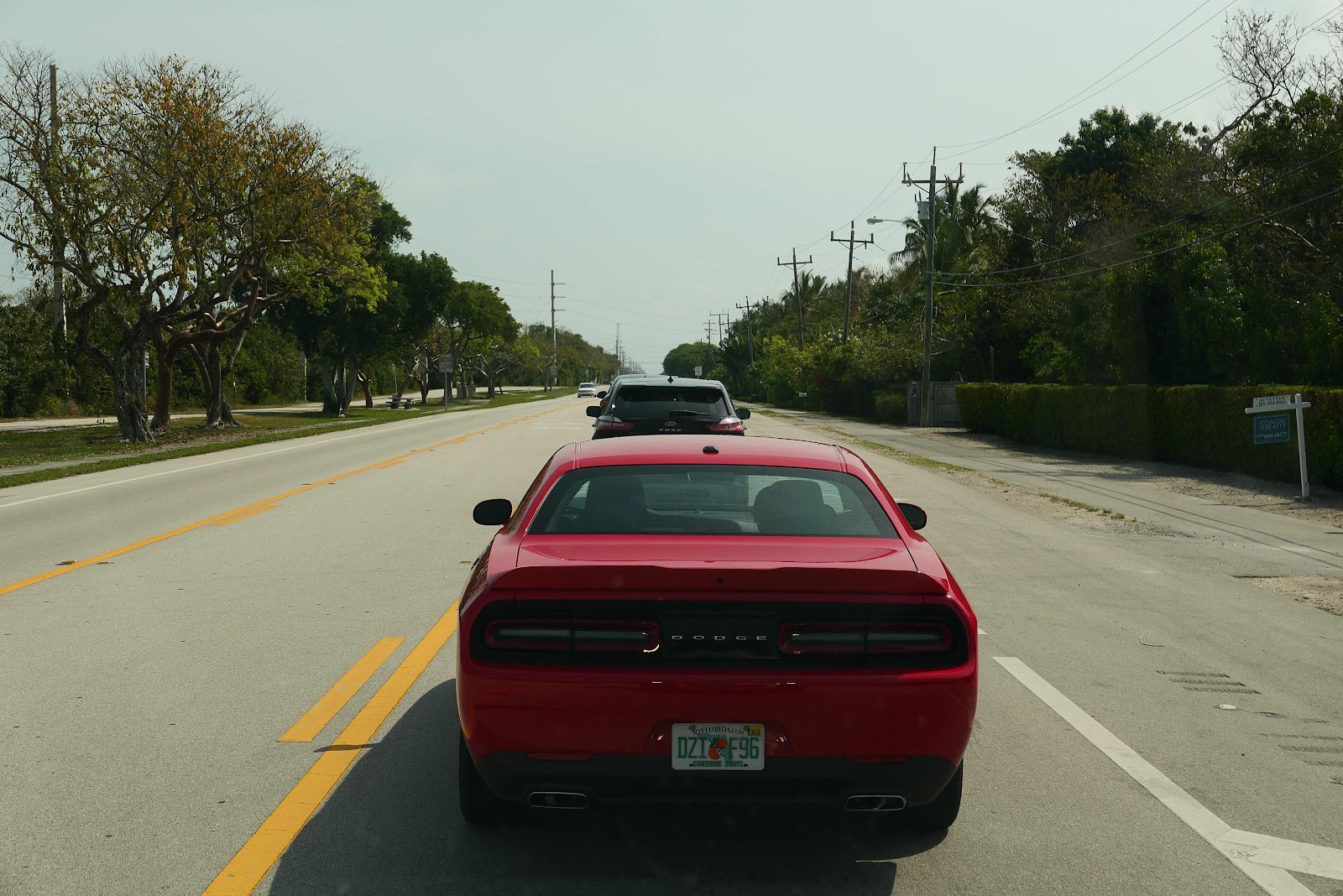 So it was with a little surprise we found ourselves sailing up the Keys in heavy traffic Sunday morning. The idea was to have lunch with friends, do a little light shopping at Trader Joe's and then sail the tank back home with me at the wheel and the working wife and Rusty asleep in the back. I like to drive home after dark whenever possible to avoid delays which are endemic on the Overseas Highway on weekends. 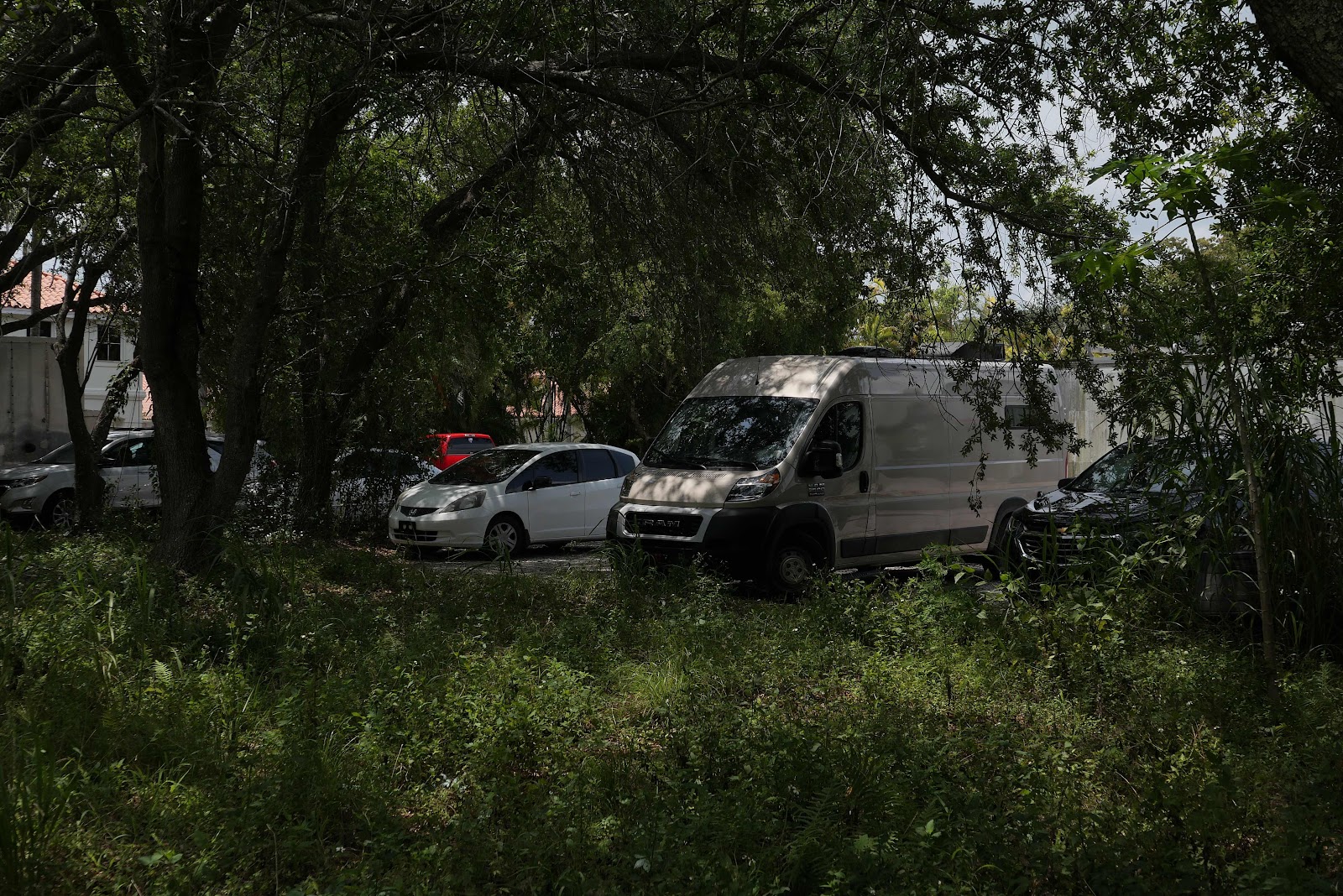 Norman Brothers fruit stand has a Rusty friendly field in the back. He had a great time while I picked burrs off my sock. 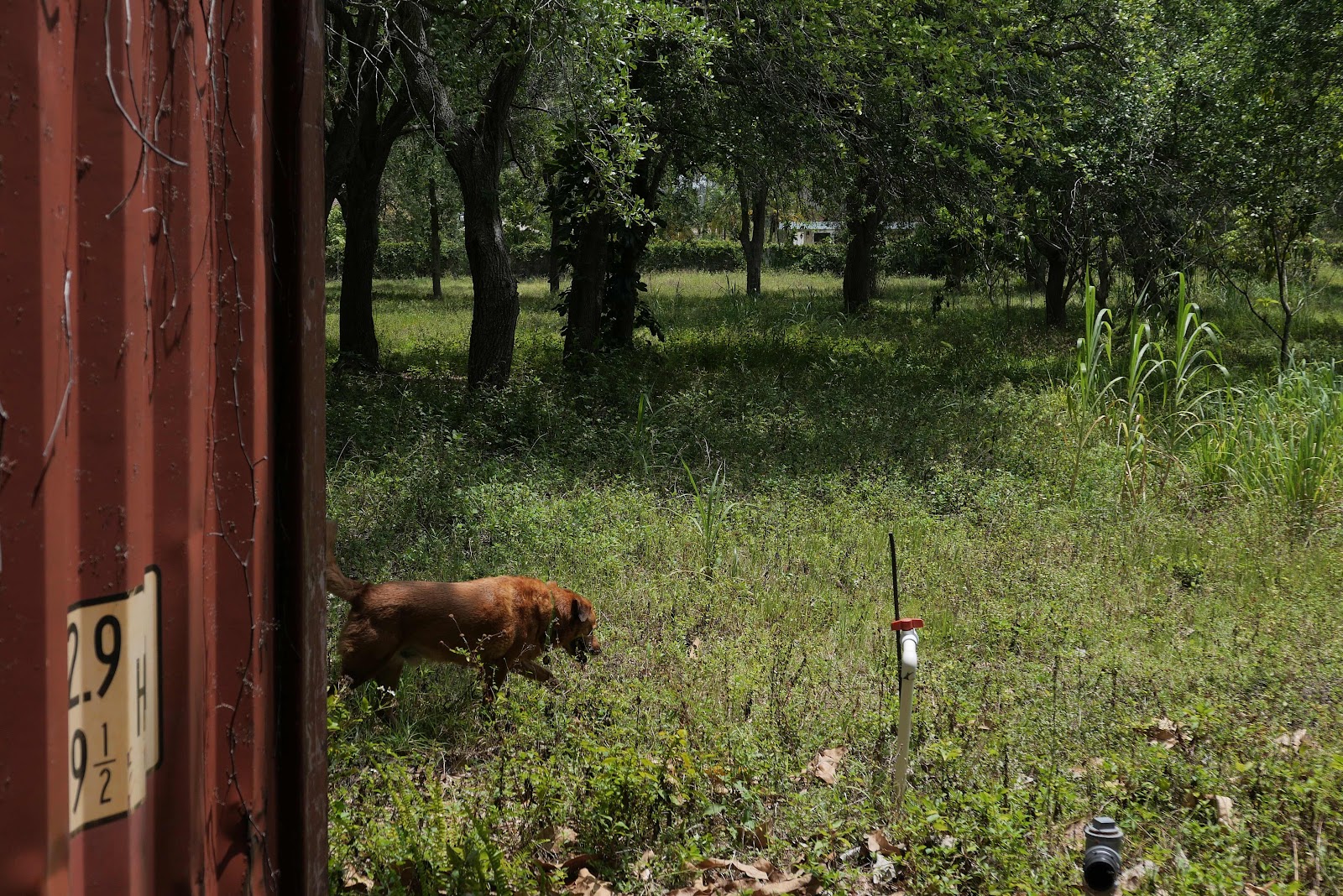 Back in the van in traffic increasingly heavy my wife broke the news to me that the boys now live in Miami Beach. Why? I asked petulantly, thinking of their former rented apartment on a quiet street far from crowds with lots of parking.  Going to Miami Beach is like visiting Duval Street inly with prettier and more self-conscious pedestrians. We inched slowly toward the beach surrounded by cell phone users. 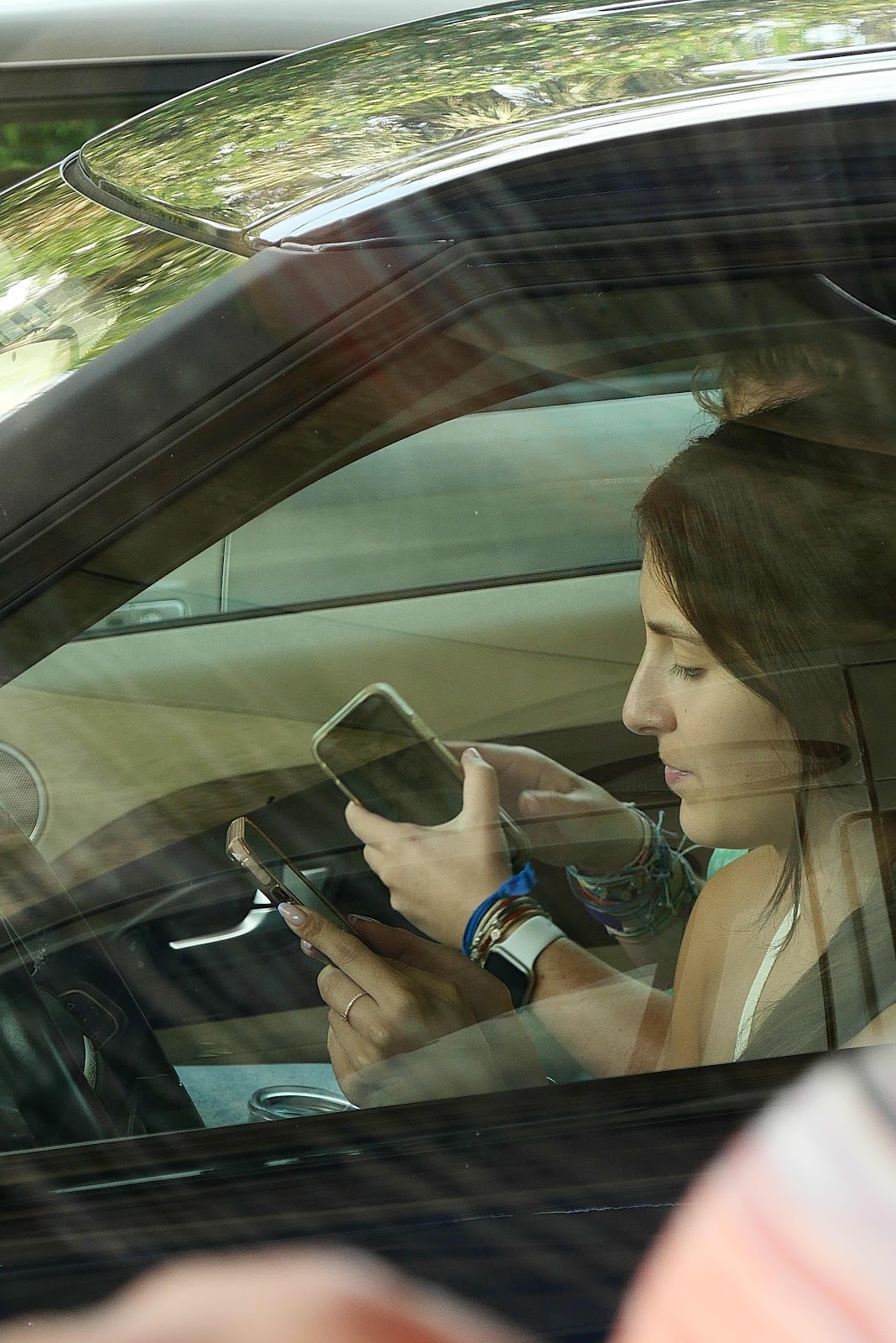 There was some undefined traffic fiasco to make things worse so the line to Paradise By The Sea snaked for miles. Luckily the van has powerful air conditioning and enough mass to forge a path through the most aggressive and badly trained Miami drivers. I find it quite relaxing. 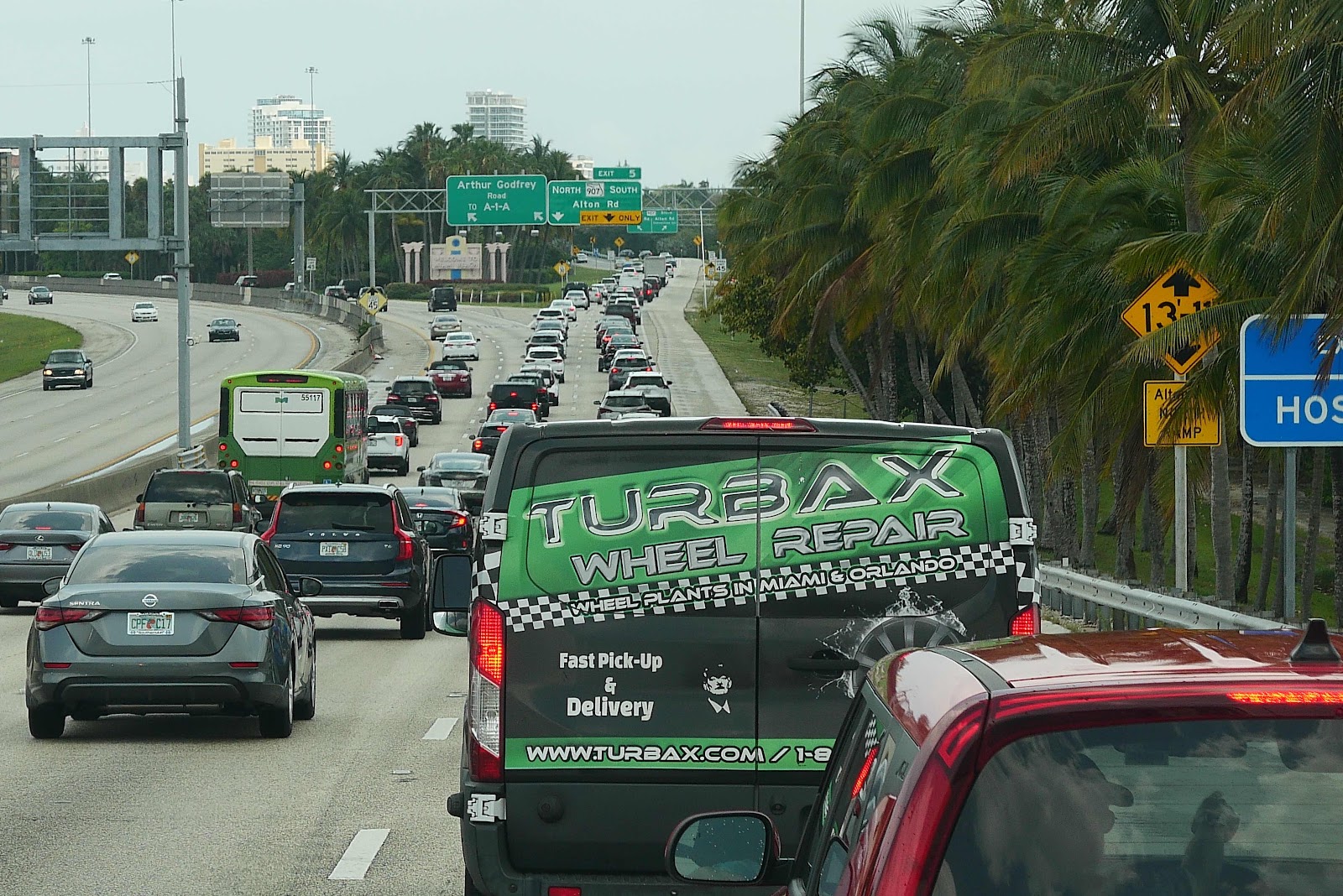 The boys had organized a street permit for us but there were no spaces in the permit zone near their apartment. Two blocks away was the restaurant where we were having lunch with Rusty friendly outdoor seating. As we drove past Time Out Market  home of my mahi burger lunch a Mini Cooper zipped out of a parking spot. Would you beleive my 21-foot Promaster zipped right in? Then a guy rode his scooter into the spot behind us and started going on about his camper van. We are in a  cult I discovered. Great fun. 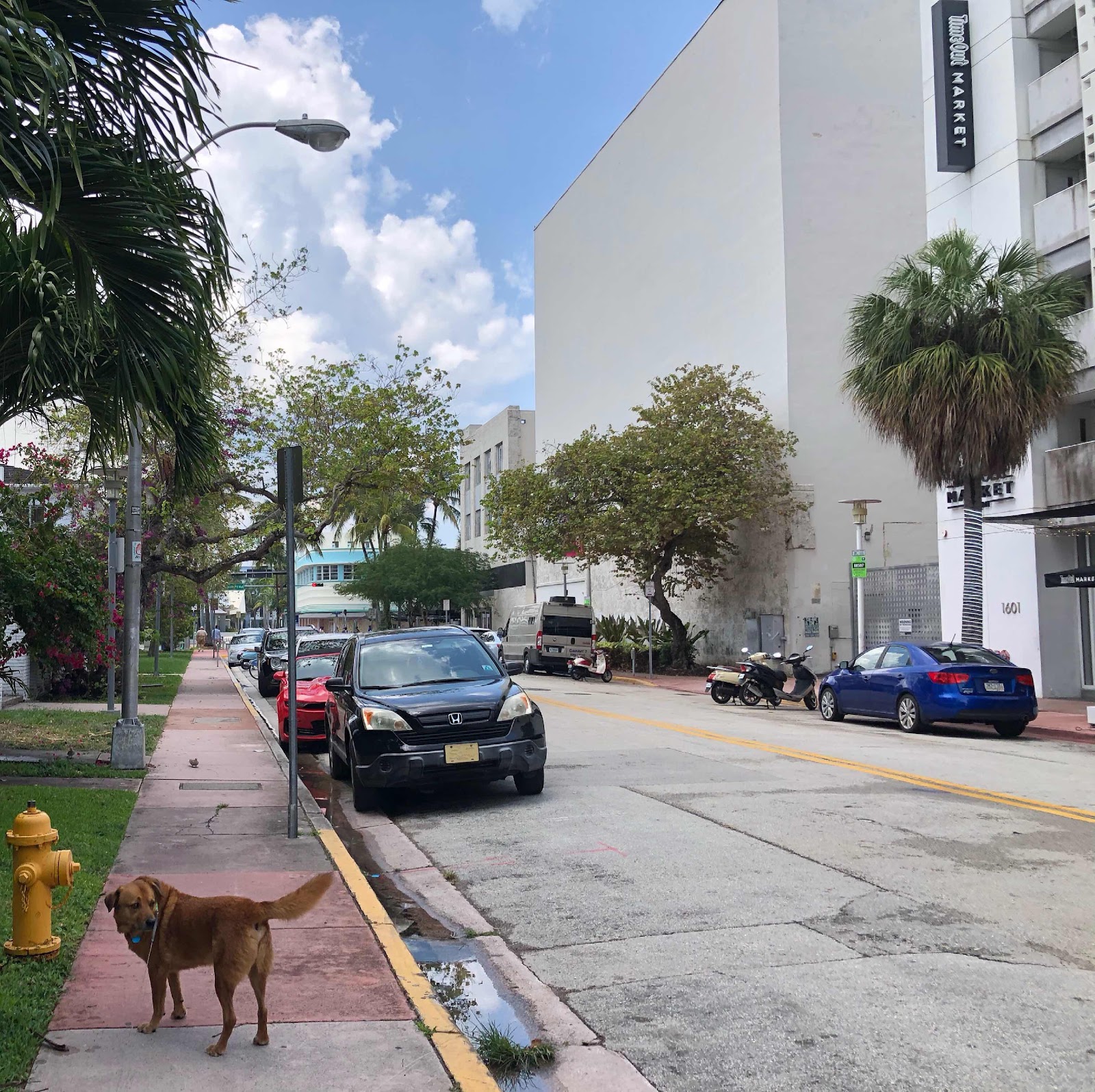 Four dollars an hour is no more costly than Key West and using the app you can prolong your parking as you need to while eating lunch. Feeding the meter is very modern with a smart phone. I did see an old fashioned parking control officer in a car driving by. I have no idea how they check you've paid. 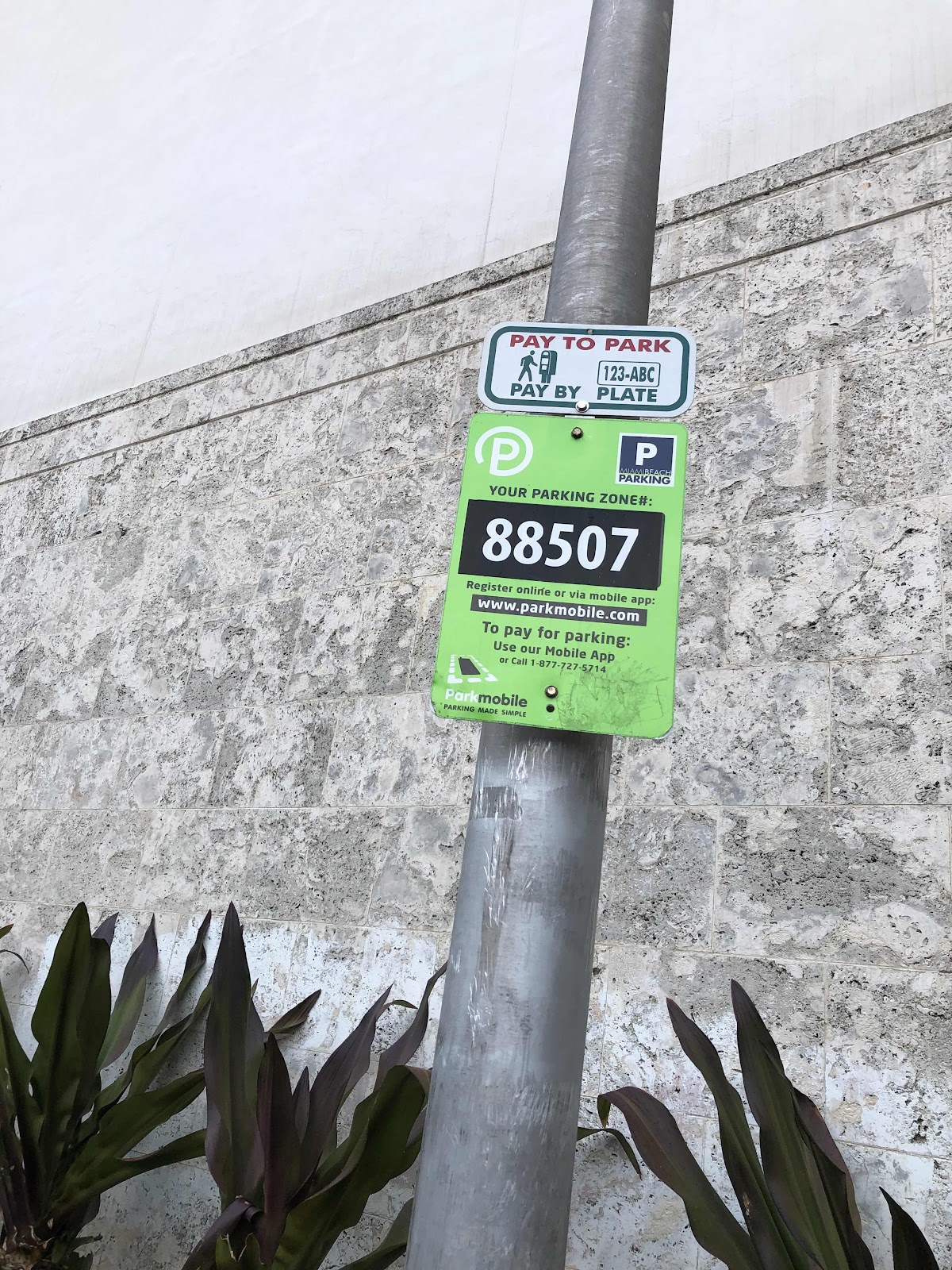 Phillip and Van are a pretty astonishing couple. They found themselves a lovely quiet apartment in a lush complex full of character and not desperately modern. I asked if there is some secret gay realtor cult you belong to and they looked at me and denied denied denied. Then they admitted it had been sold to them by a  friend who was moving out. I am getting old but I think I have finally grasped the concept of its not what you know, its who you know. And you should have seen their place in Boston.... 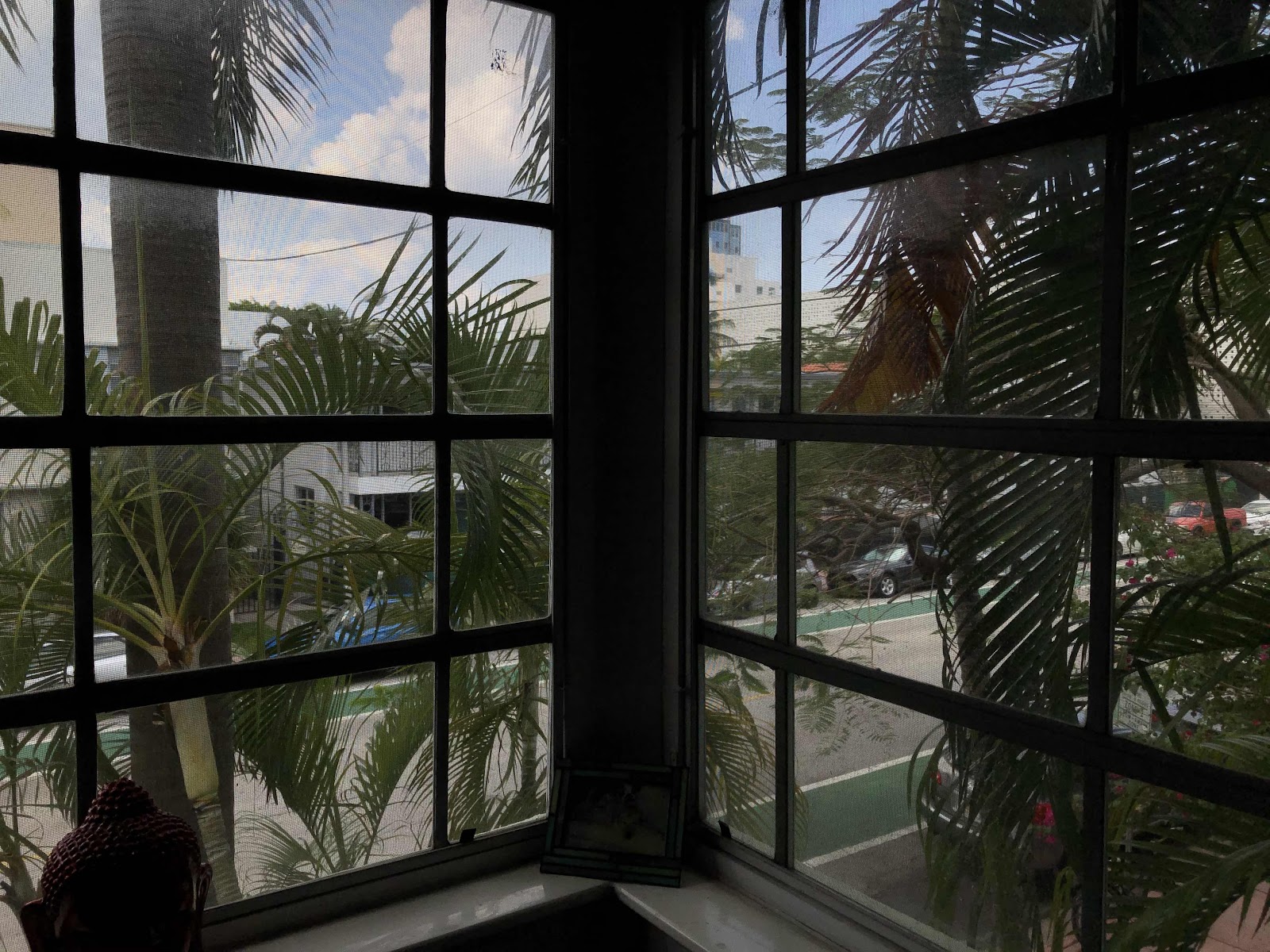 The reason we get on with them so well is in part because they are never quite settled.  They live for a while in one place, make it nice and move on. Van is from Maine and we had hoped to see them in Portland this summer (the home they haven't yet flipped!). However this year we have so few dispatchers left a three week vacation is out of the question. Life gets in the way sometimes. 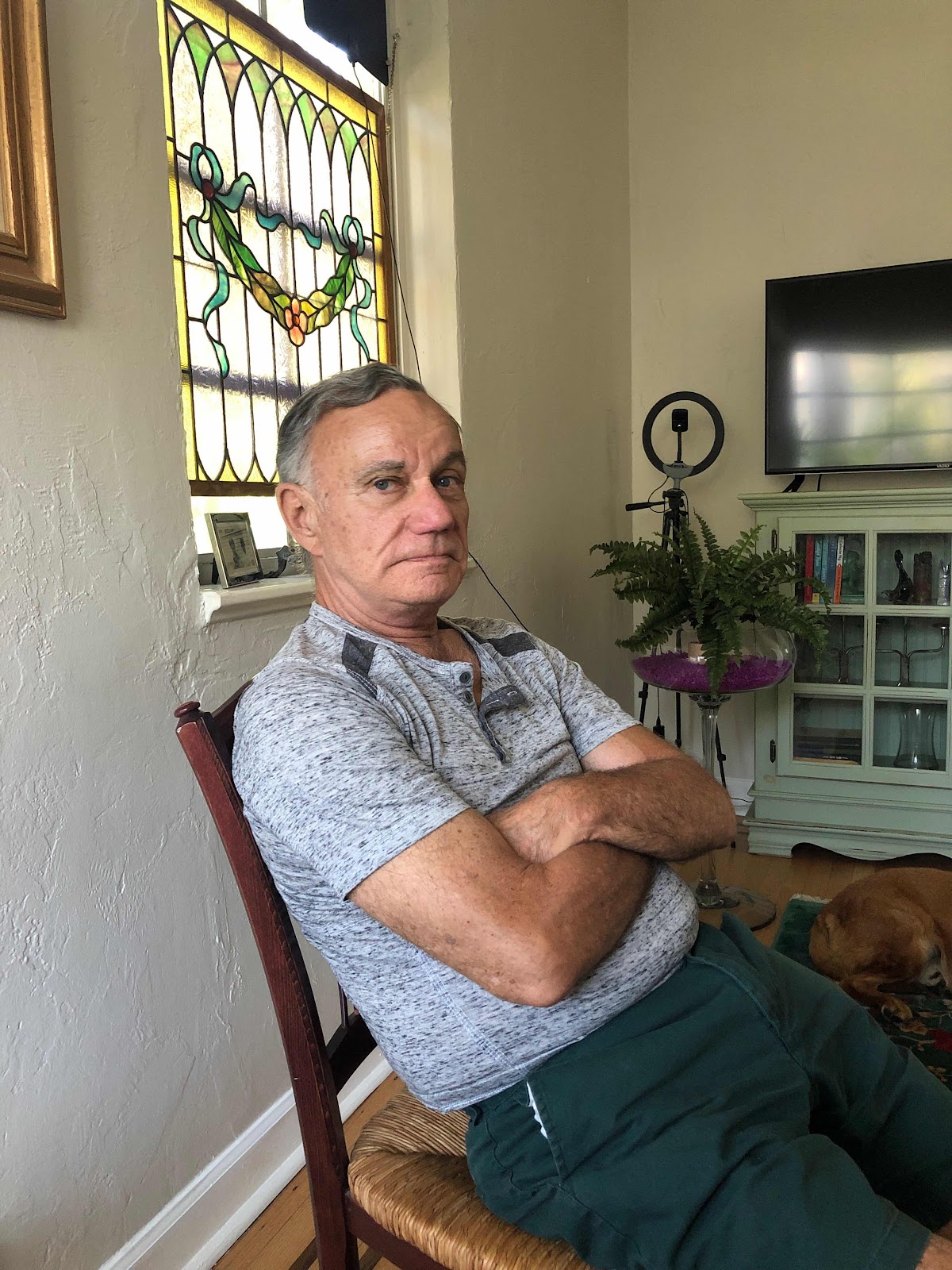 I told you it was lush...and no For sale signs in evidence. 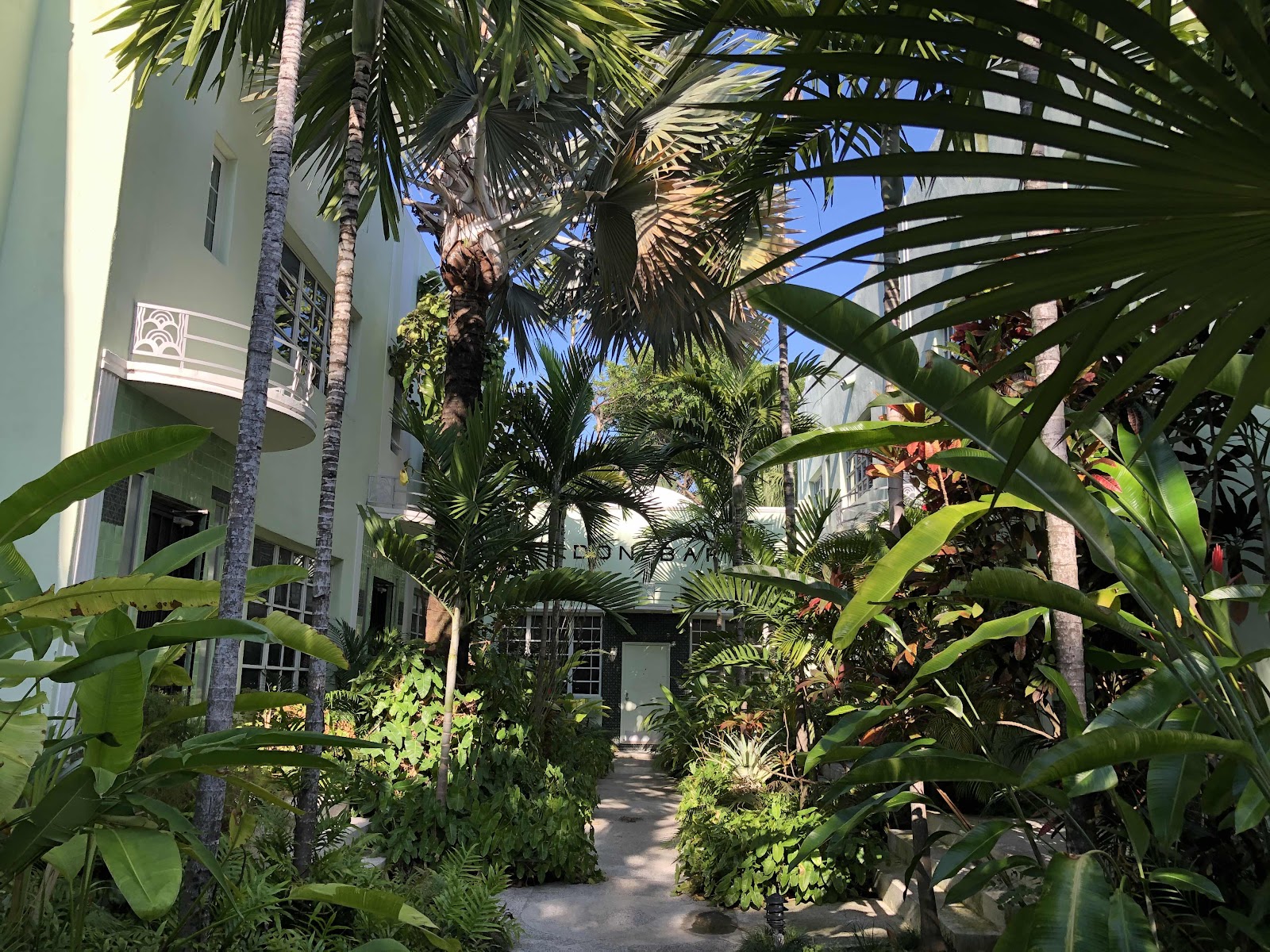 I am not the kind of demographic Miami Beach is looking for, young beautiful, affluent by whatever means necessary, and a shopper. I see this beach town and I fear for Key West's future where affluence is replacing eccentricity as the benchmark desirable trait. 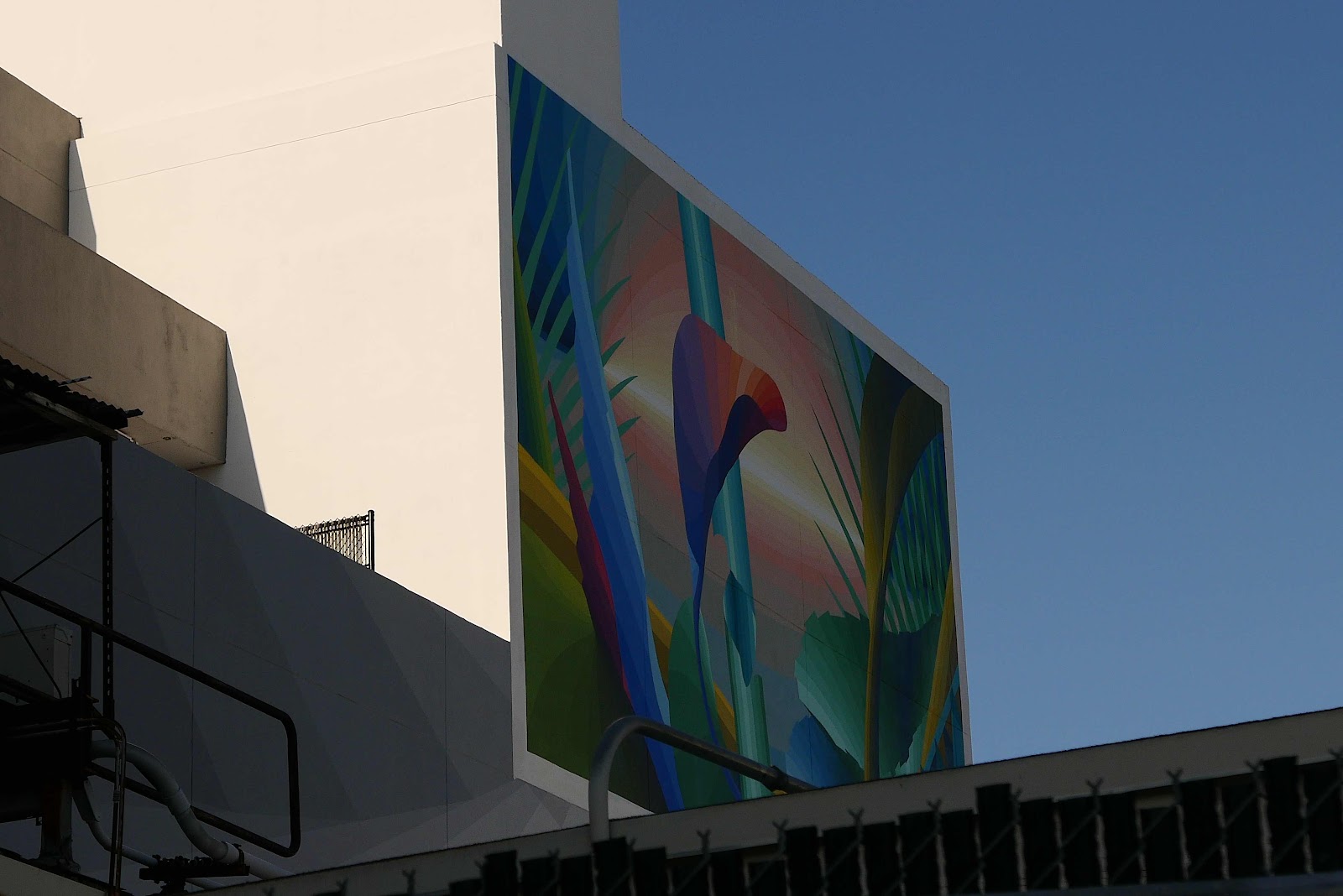 When we were out sailing many many years ago we crossed paths with a really funny man who had retired and decided to go sailing and "live the dream." After a while he told us his story and as unbelievable as it sounded we Googled him at his suggestion, when Google was a novelty act on a computer and sure enough there he was: the highest paid Government whistleblower in US history. Check 1989 in this lengthy list: Doug. 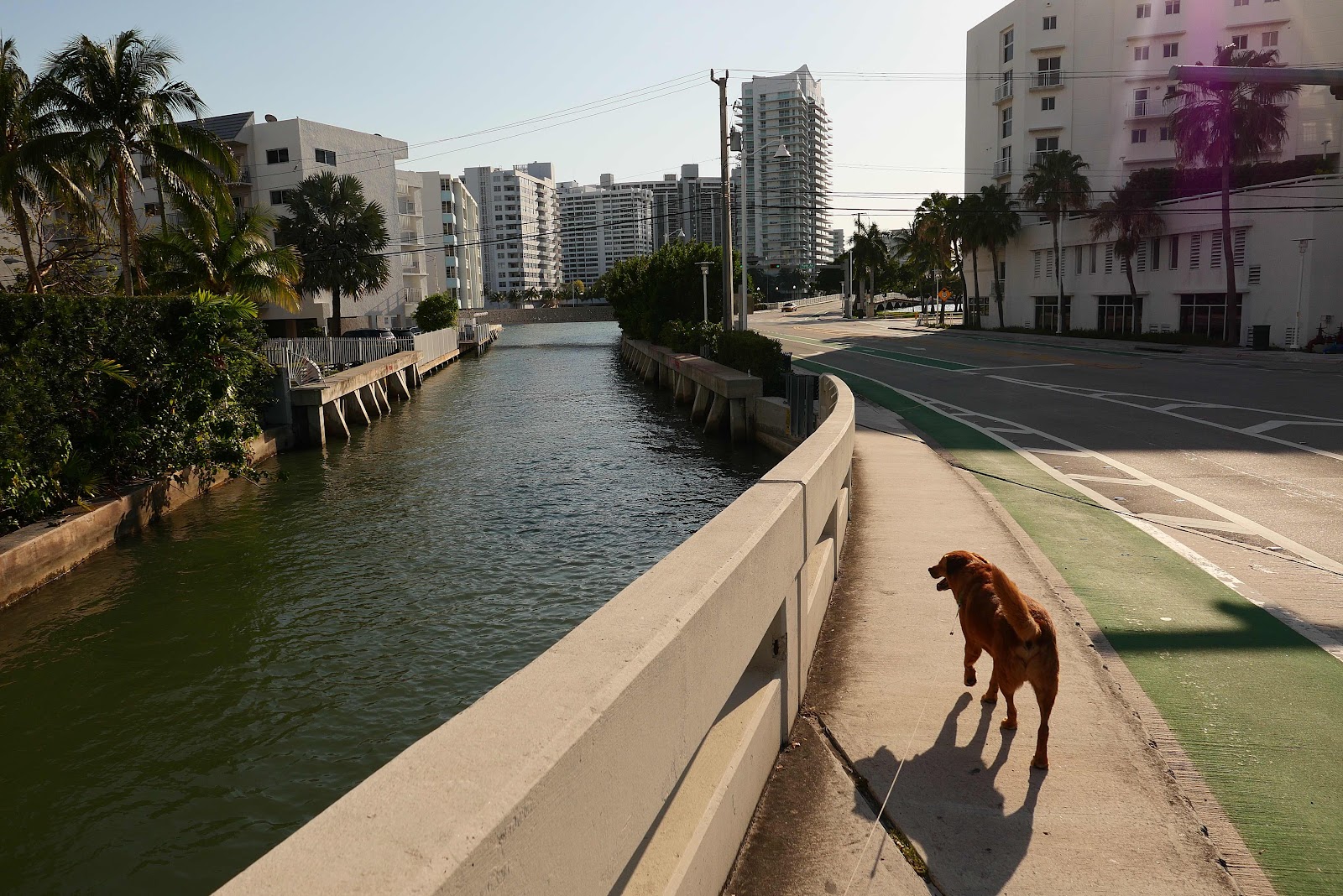 We crossed sailing paths a good few times and I found him to be well read, funny and great fun to be around. He was one of those people who helped me to learn to think for myself, to question my assumptions and to look beyond the obvious. He made me laugh. 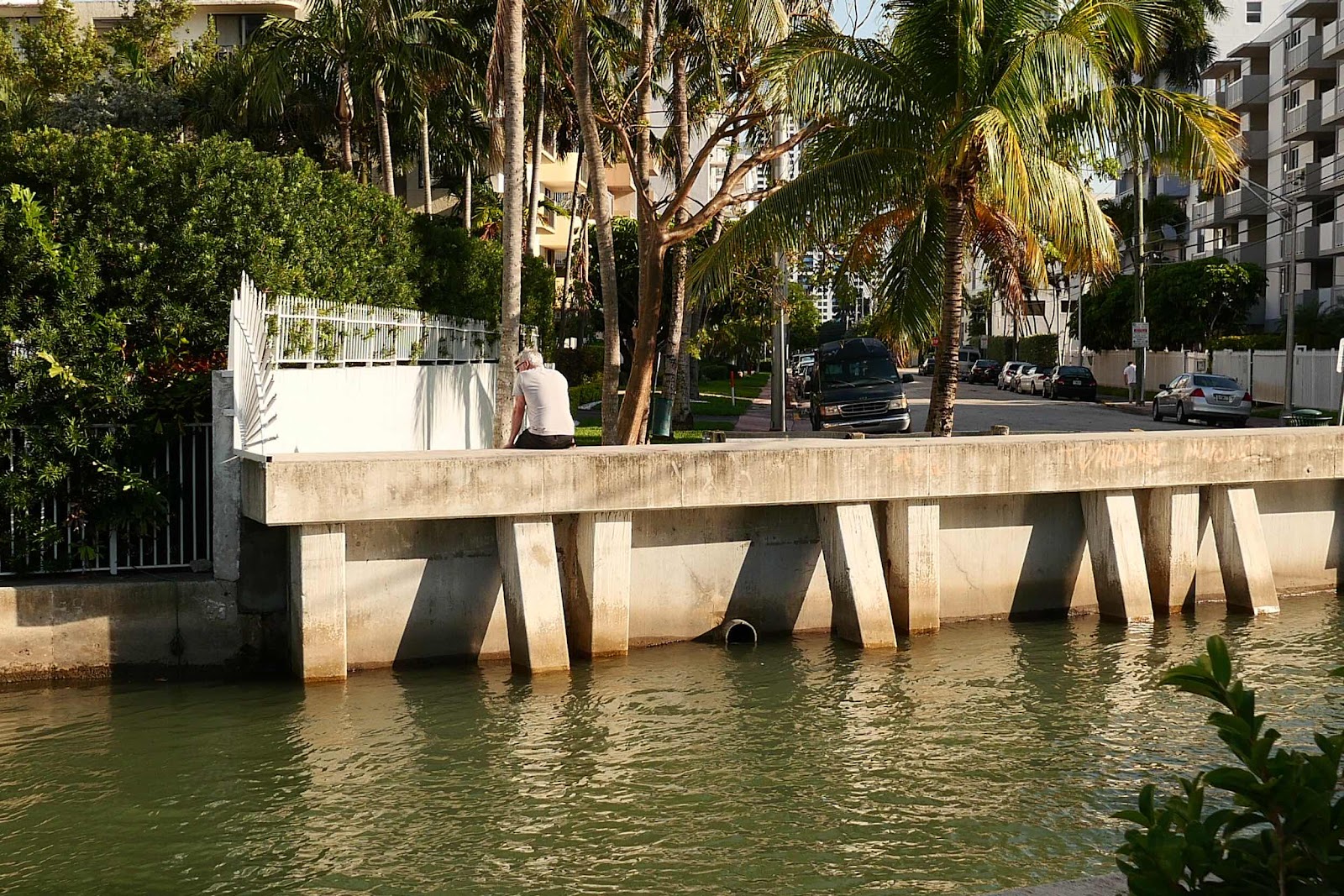 But in the end it wasn't sustainable. We had to go back to work and he wanted playmates. I got a strong feeling he would have been better off retiring in the normal way instead of taking a huge lump sum and being cast into the wilderness. His equals among his people saw him as a pariah and the life he had known, of upper middle class earned income was now out of reach and with it all the people he had known. 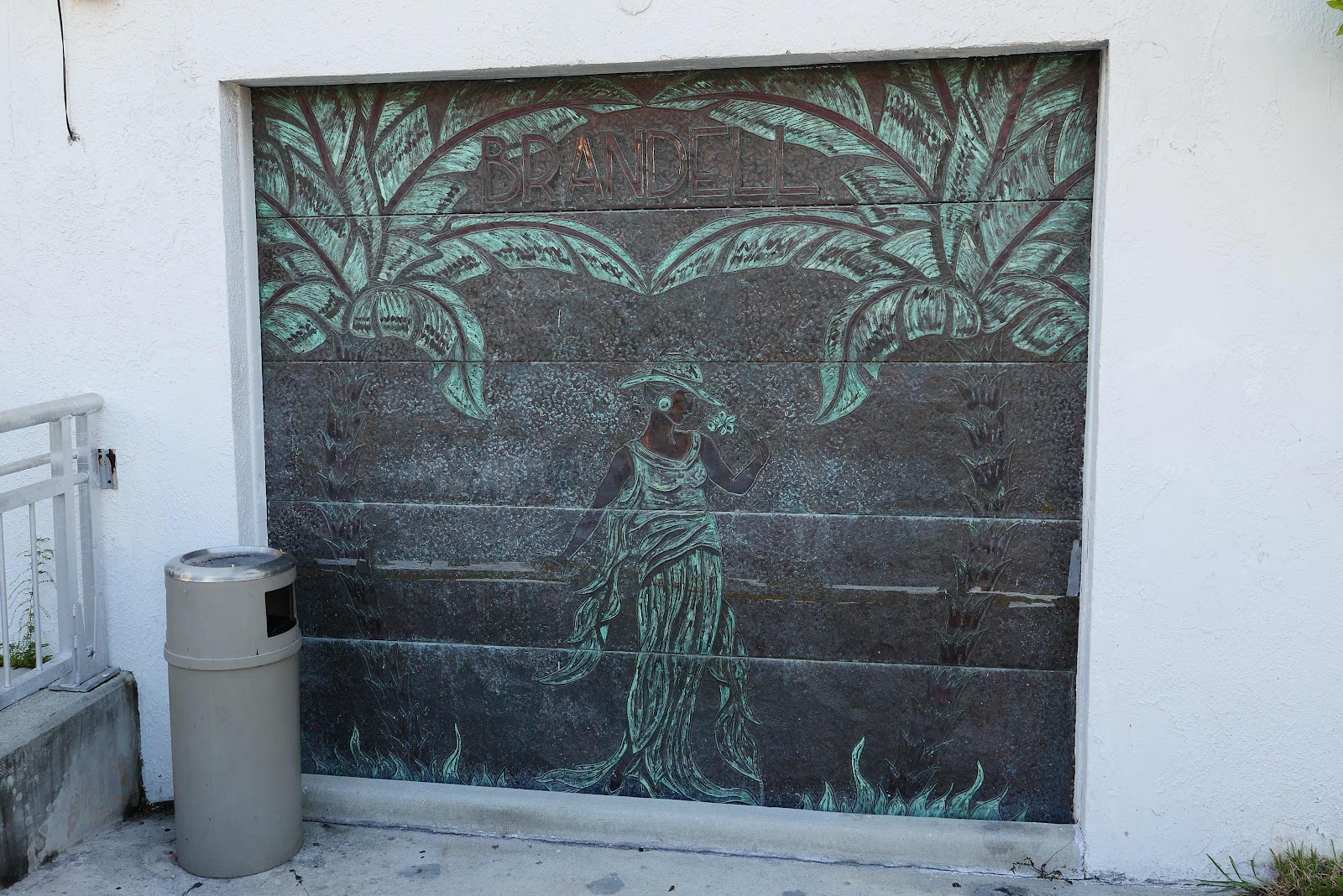 I would never bother to work so hard to be able to afford to live in Miami Beach but those that do live lives of no interest to me. Like the man in the photo below I stand on the edge of the action and want no part of it. I don't aspire to win the lottery, I don't want to live among lottery winners. I know one retired Manhattan merchant banker in Key West who inherited wealth and made a lot more with, by his own account very little effort, who describes himself as a member of the "lucky sperm club." 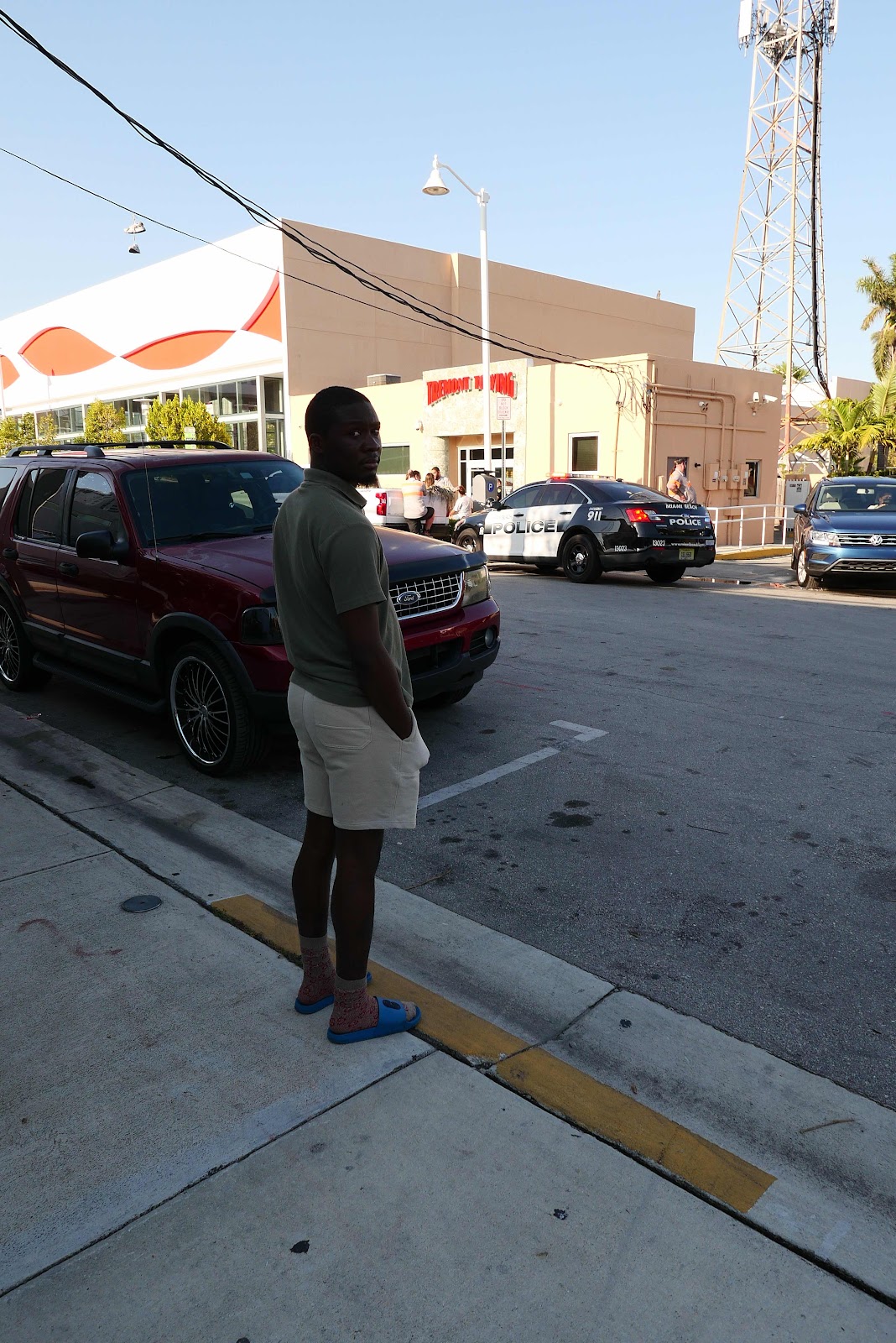 Key West is a place in transition, and to a large extent always has been. It was created as a port city, a transit point between the Atlantic and the rich trade in cotton and grain in the Gulf of Mexico. The transition to a tourist town came by way of all sorts of trade, fishing, smuggling, government military installations and now in the new age of blistering wealth inequality it is a haven of button down respectability for retirees. 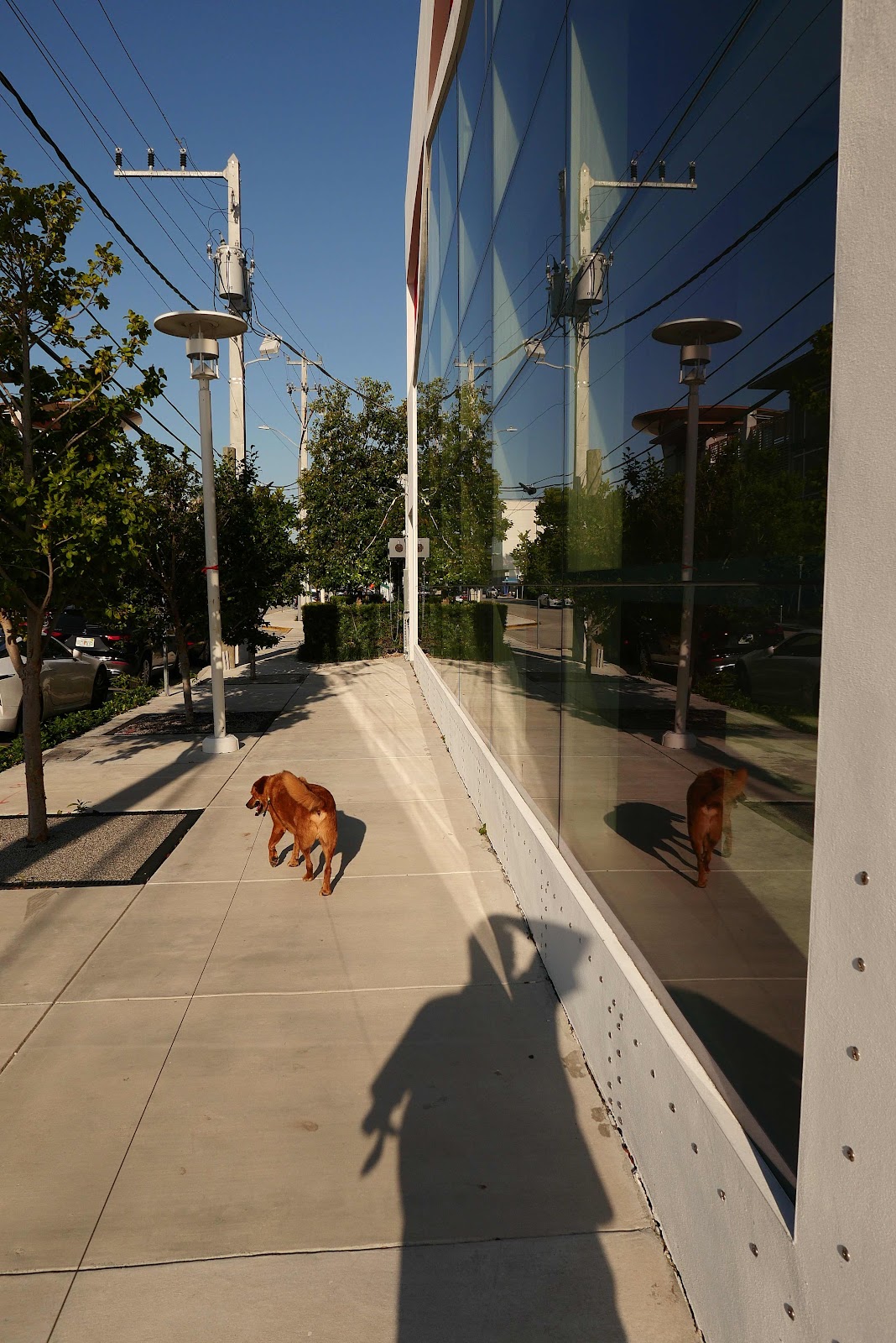 Miami Beach is brash and colorful and youthful and bursting at the seams with public art in architecture and murals and fashionistas of all genders. They even ride scooters here almost as much as Key West. Layne shopped at Trader Joe's Rusty and I walked and stared and stayed away from the crowds in a pandemic reflex that may no longer be necessary but still feels more comfortable. Besides I still prefer the possibility of being slovenly in Key West... 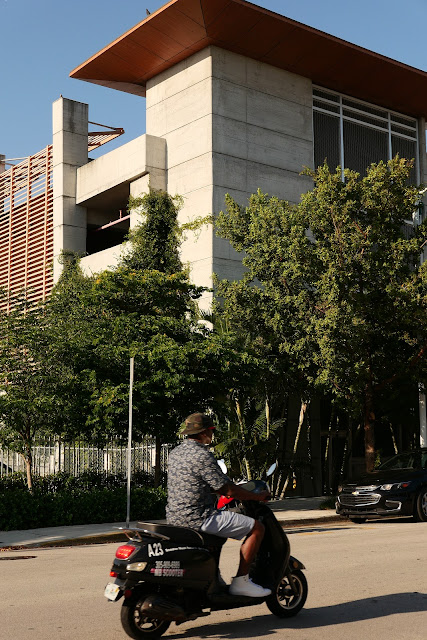 Roast pork was on the menu after Trader Joe's and it was my first visit to Alessandro the Italian roast pork master. My wife had been by on a previous solo trip to Miami but this my first stop. Roast pork was a holiday treat when I was growing up in Umbria when three wheeler food trucks would visit villages on holidays and Sundays and sell slices of rosemary infused pork sandwiches. 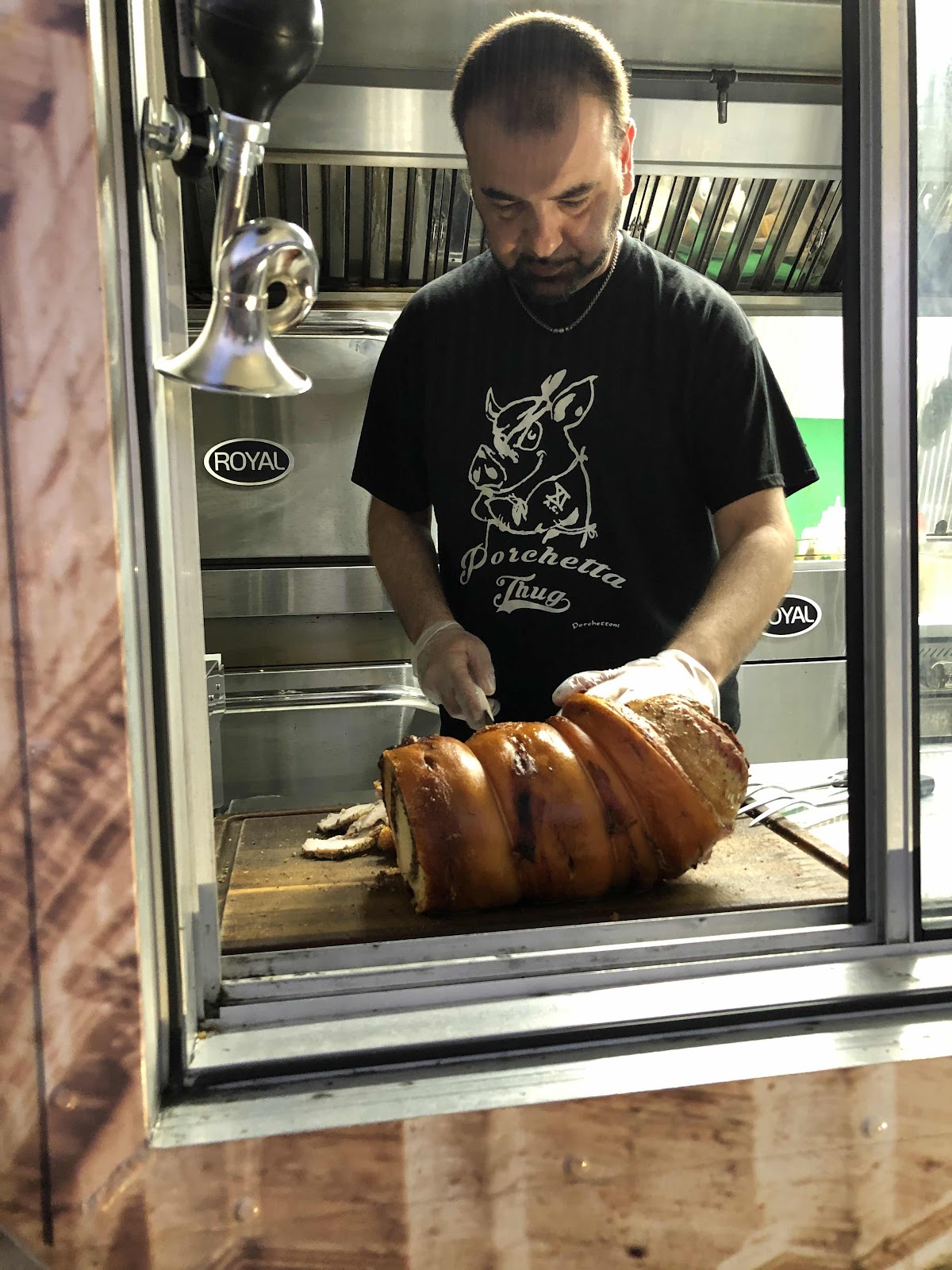 We talked for a while as he prepared two sandwiches and a pound of pork to go.  The Wynwood Arts district in Miami has grouped a bunch of food trucks in one lot and failed to advertise them. He is gloomy about his future in Miami. On his Facebook page he says he is "temporarily closed." What that means we shall see. 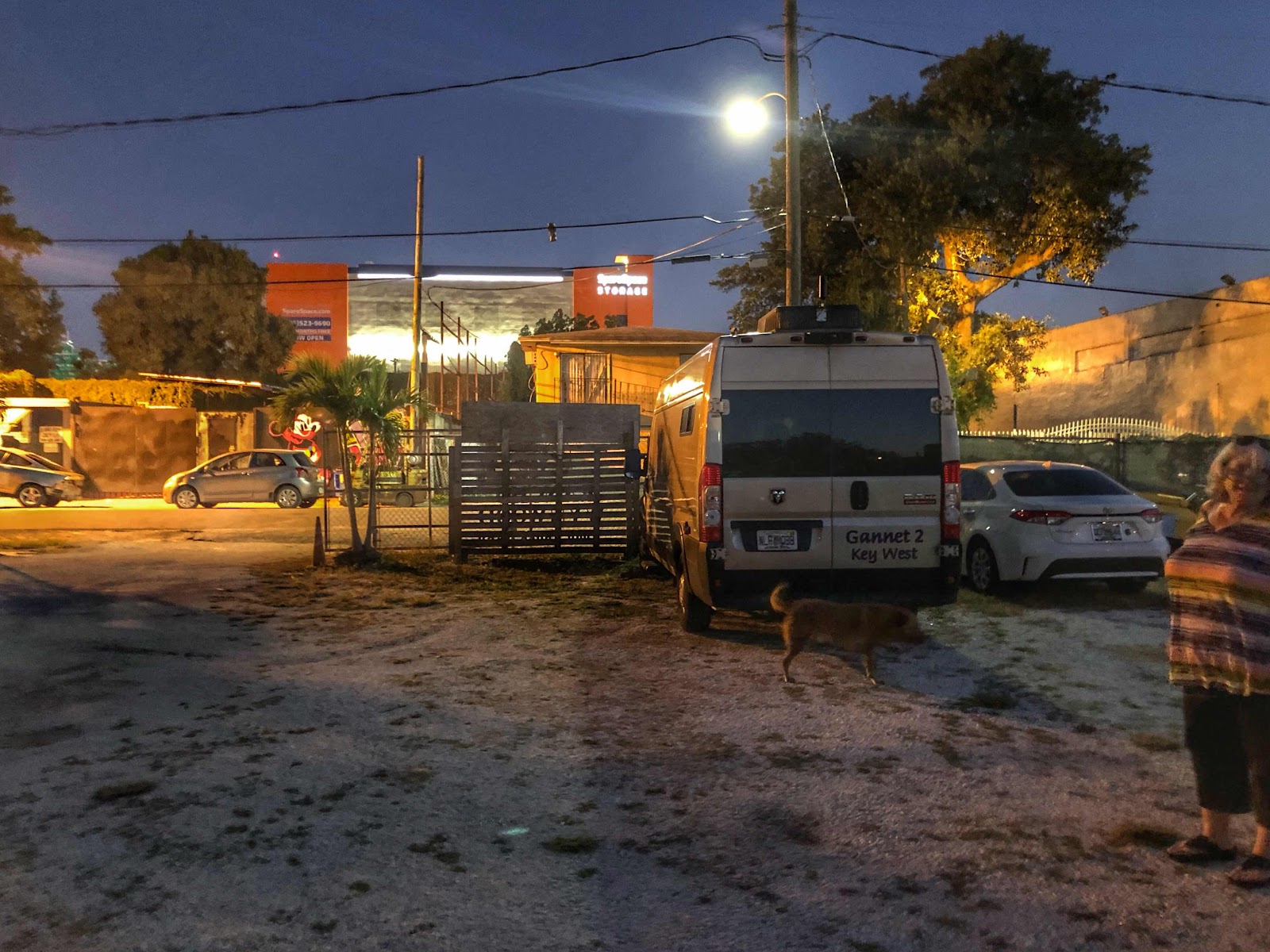 Alessandro used to own a pork restaurant in Rome and sold it, as he found Italy was not recovering from the 2008 economic downturn that devastated the country. Now he says it certainly isn't better given the virus is keeping the country locked down. His pork sandwich is rather richer and more sophisticated than the slice of meat with a piece of crisp skin slapped between two slices of dry bread of my youth. 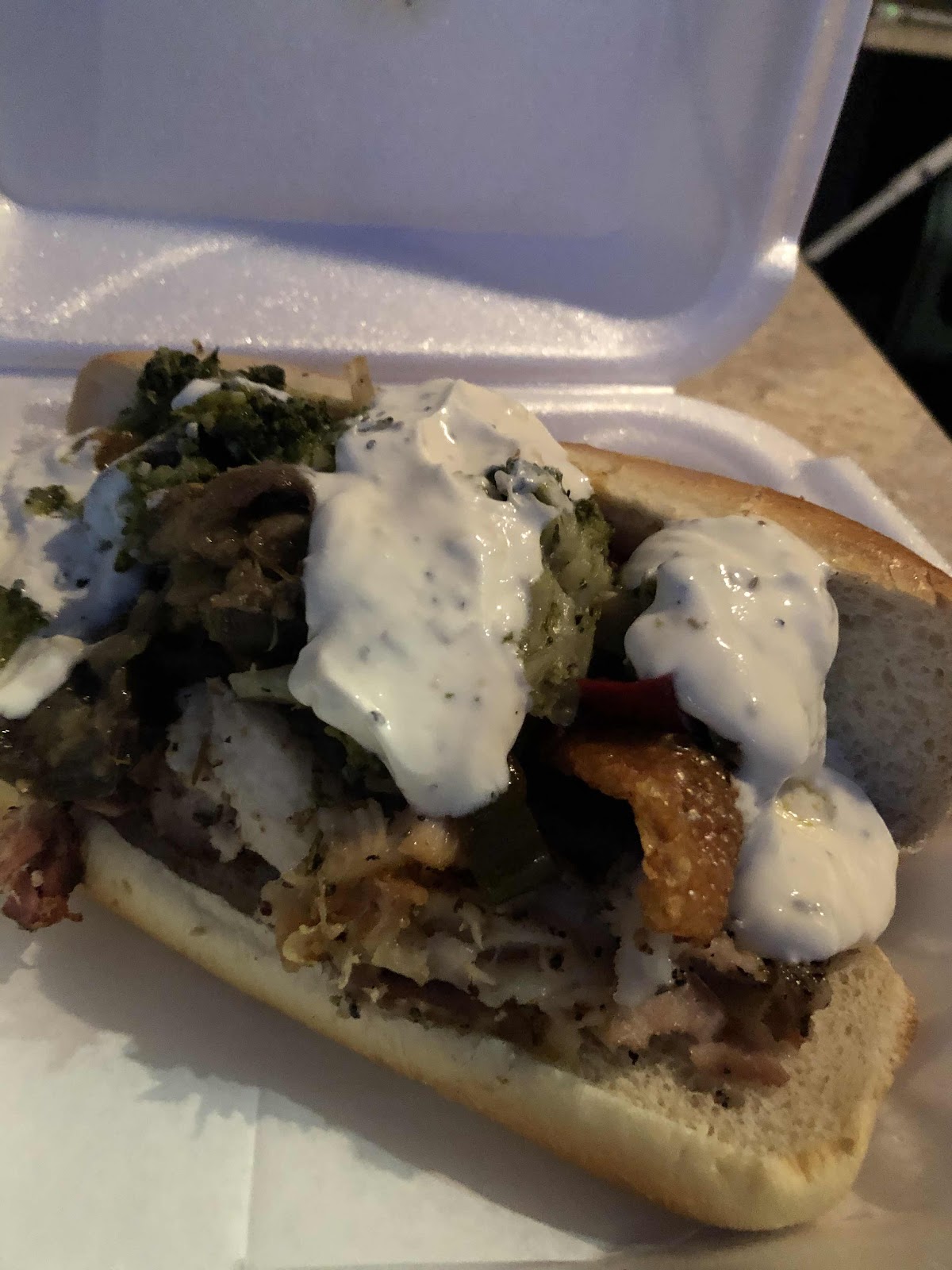 Porchetta to go ("da asporto") will be enjoyed at home. It's not everyone but it is how Italians in central Italy actually like to celebrate. This was why I looked forward to market day when we went to Todi and my family shopped and I smelled the rosemary and salted pork drifting across from the food trucks. 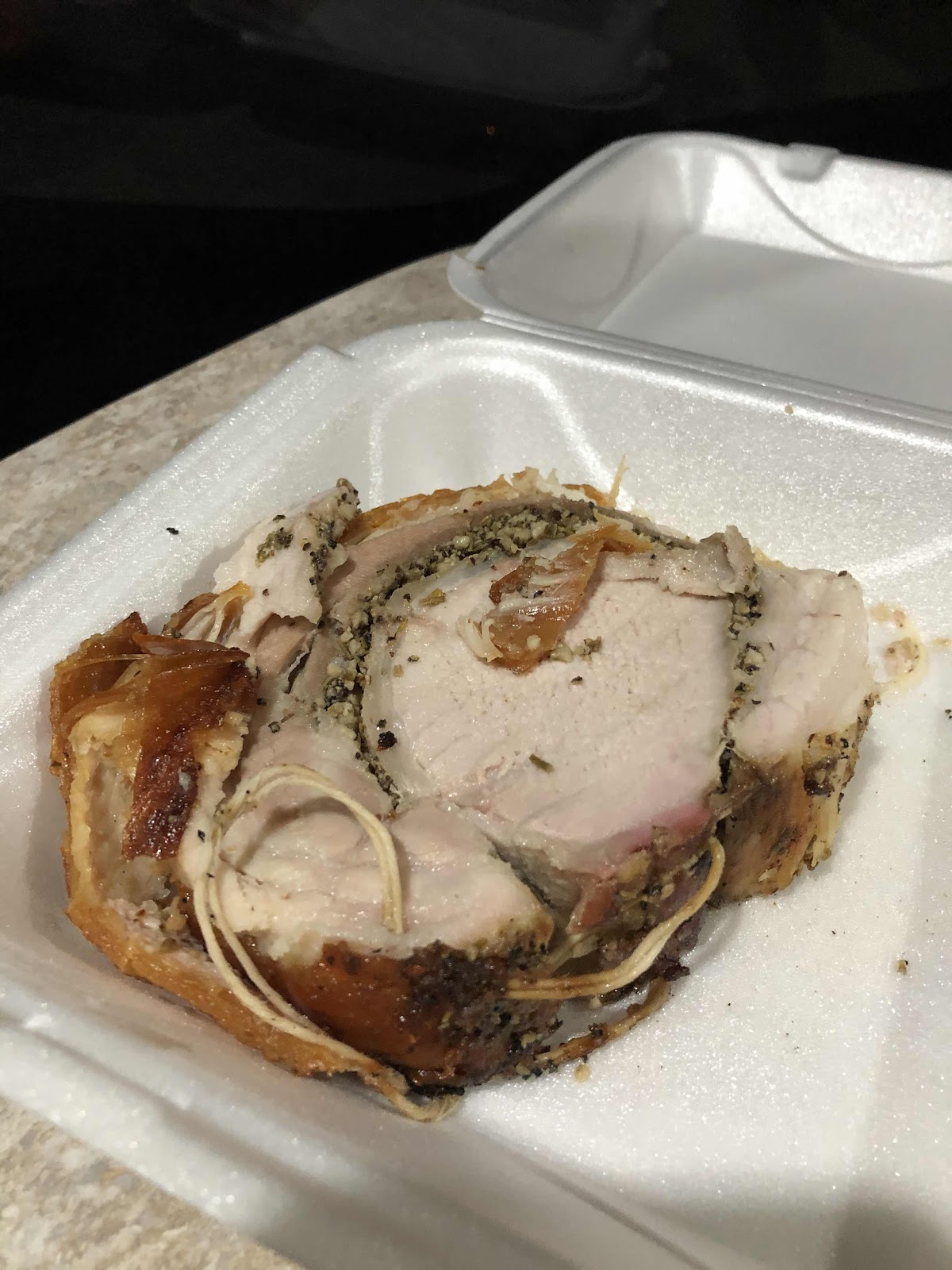 Night fell and we drove home, pausing to eat our sandwiches in the van in Alabama Jack's empty parking lot. You can do that comfortably when  you are driving your home around. Cool. 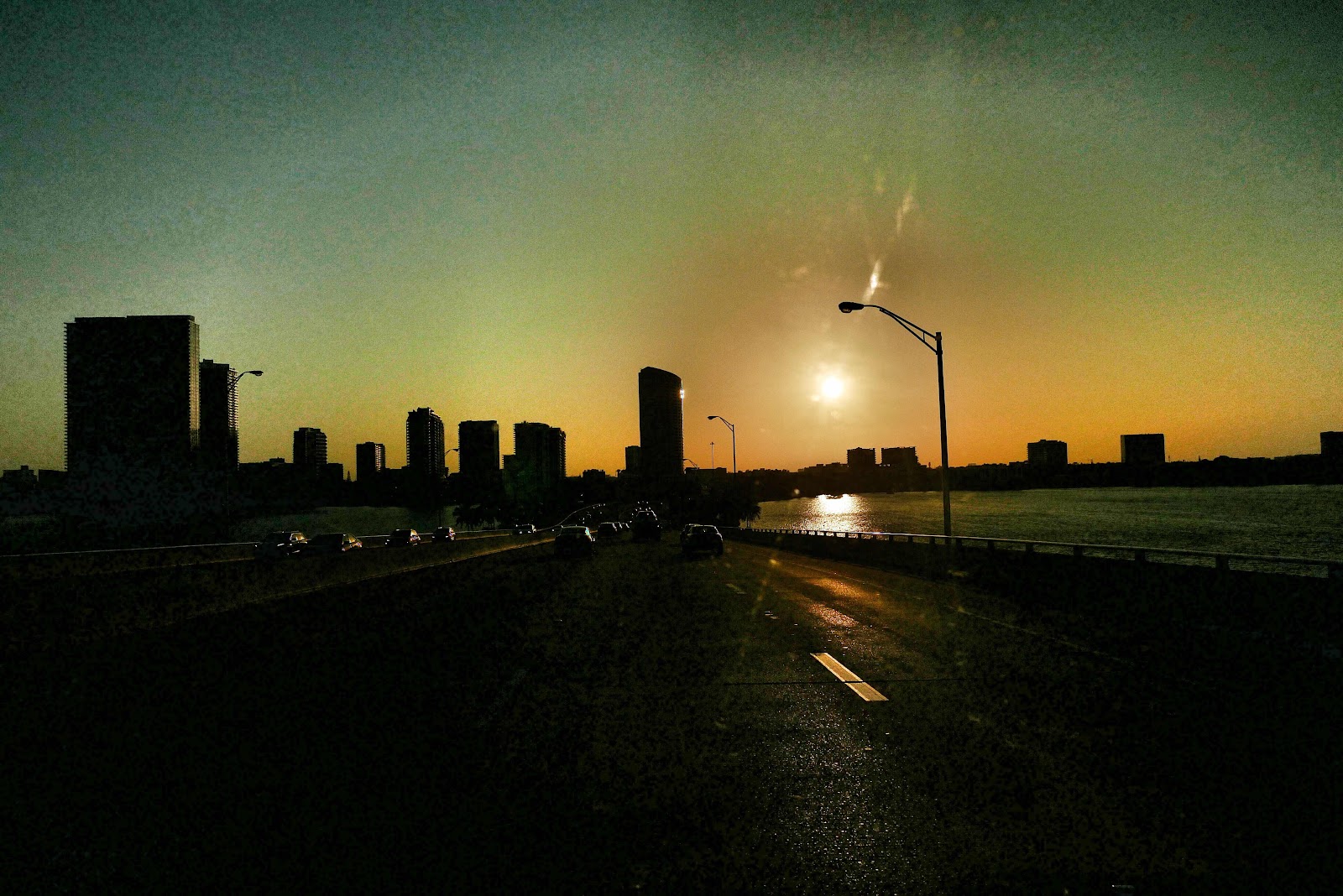