The announcement of the creation of a sidewalk cafe and park at the end of Duval Street was not greeted  with universal joy. The complaints focused on the use of public property for a private business but the developer is promising only improvements and not a take over. 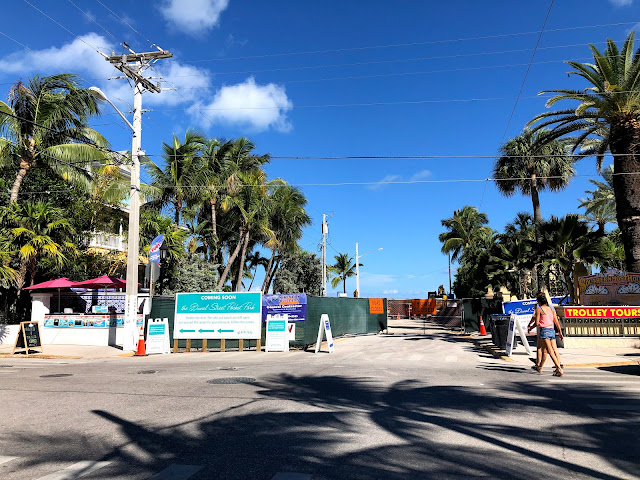 The plans were hashed out almost a year ago in city hall: 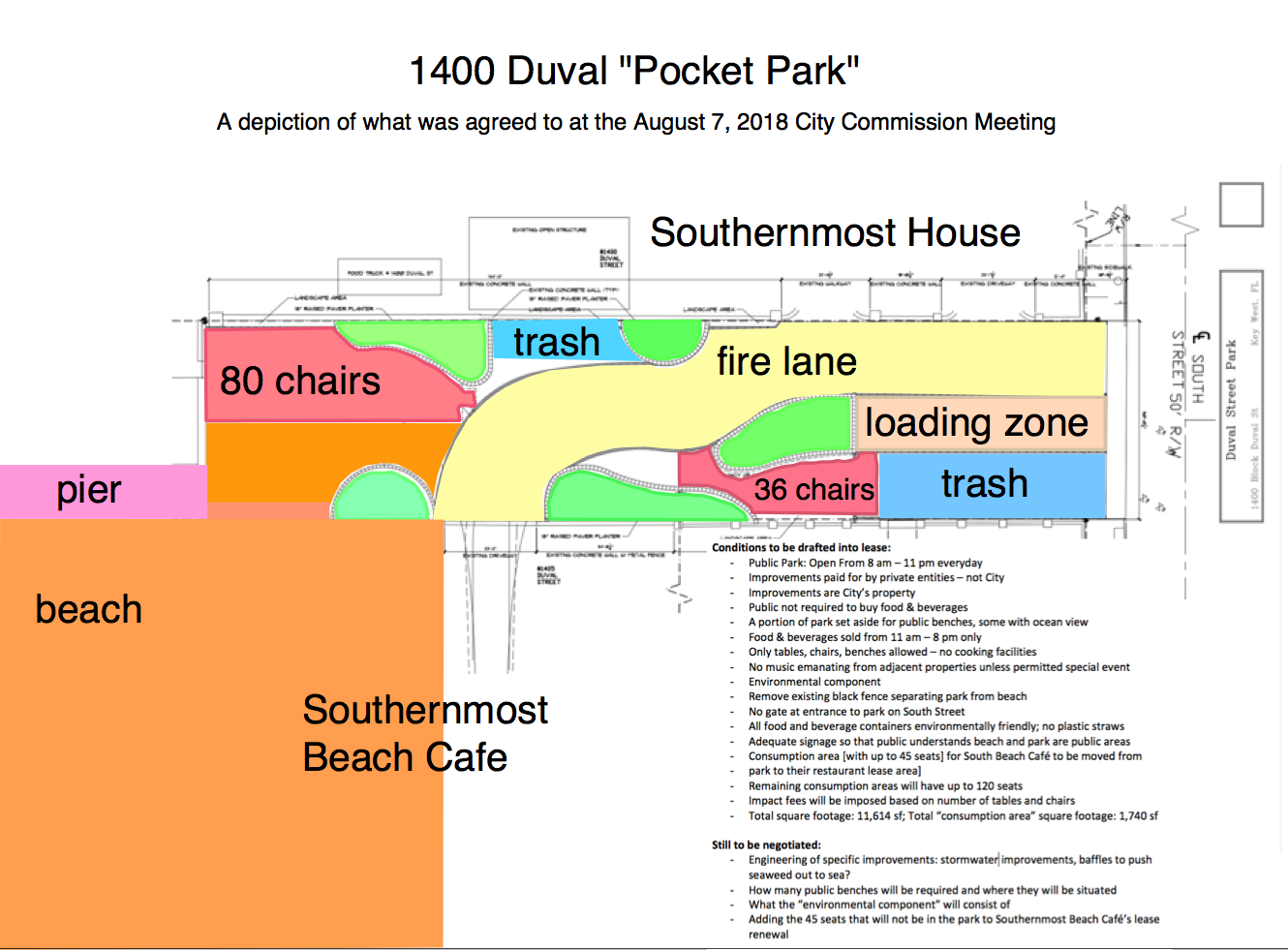 This is how the space looked before construction began and we have to be honest, it wasn't that enticing. 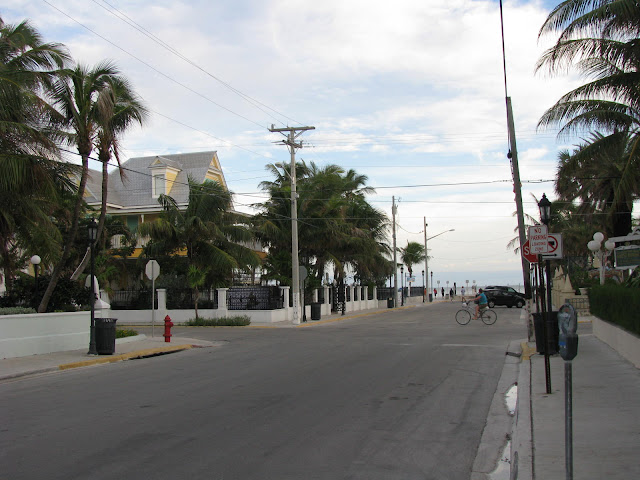 The beach cafe will still be there hopefully not facing new competition but something that might draw people down. 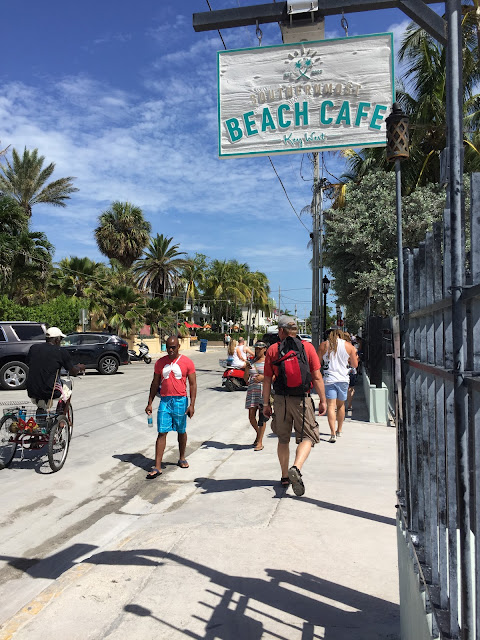 Duval Street basically ended in a wall and a small pier with the opening often packed with dead seaweed. 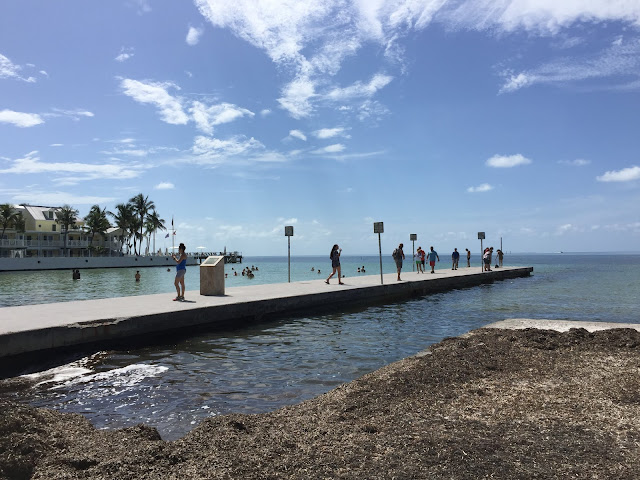 Now the construction is underway: 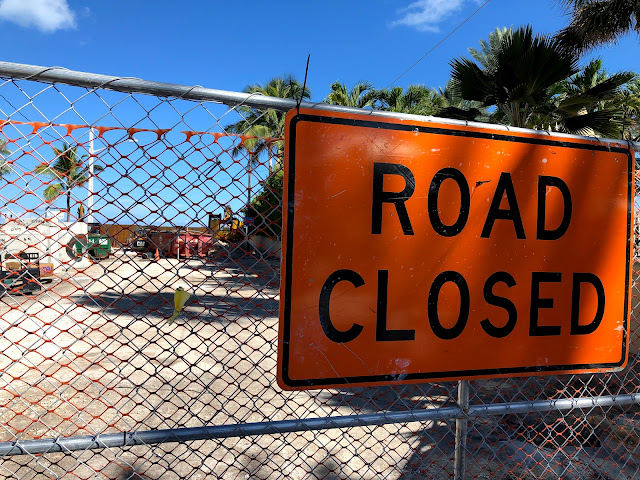 With detours around the construction to the beach: 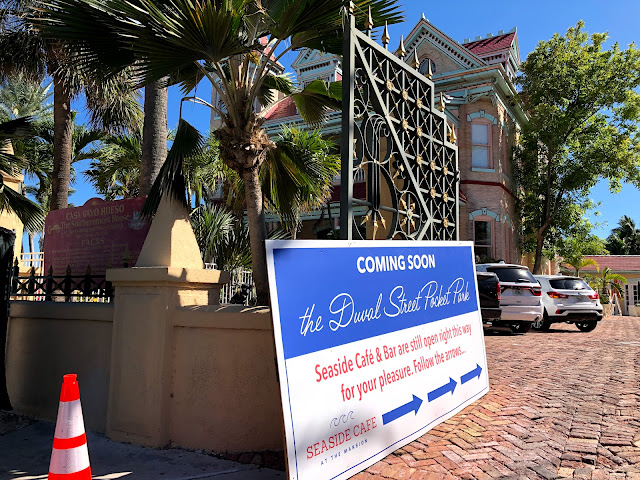 The pocket park cafe will be an adjunct to the Southernmost House: 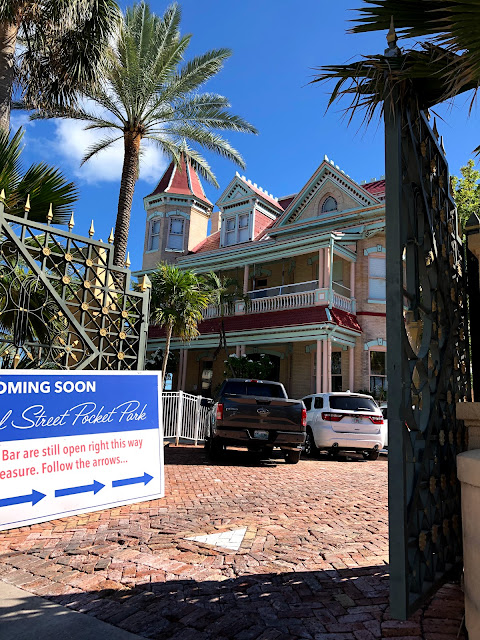 Looking back north up Duval Street. 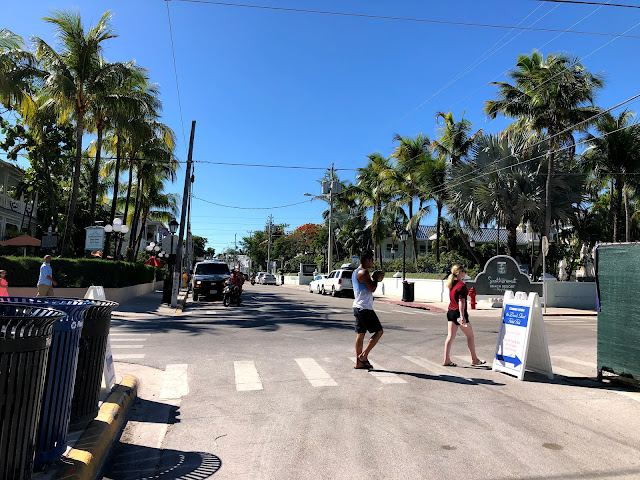