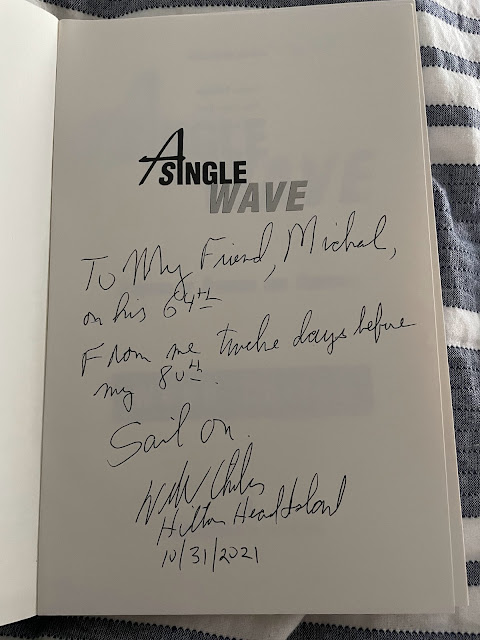 It might be reasonable enough to suppose that a life spent sailing and writing, and living by writing, is a life that merits no reward, the life itself being the payback for stepping outside the norm. You could also argue that Webb Chiles is a lucky man, and leave it at that. In driving to Hilton Head I was reminded of a quotation from the lips of Joseph Campbell, a philosopher Layne and I quoted endlessly to each other when we started out making ridiculous journeys together. 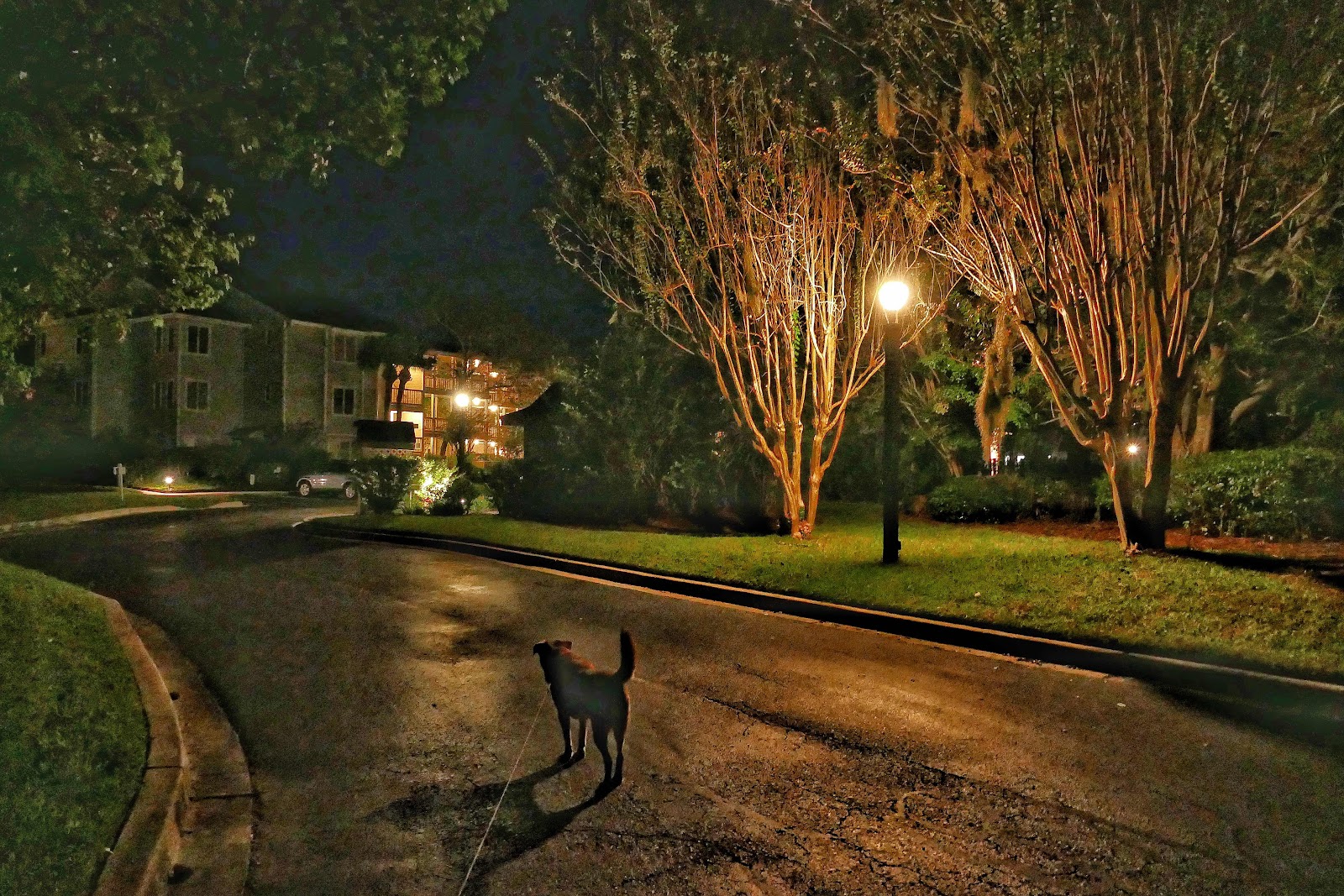 I am not given to religiosity or spirituality and I say that at the outset to dispel any quirky ideas about me in a world much too much given to  seeking cause and effect where there is none, and imposing comforting dogma in the face of uncomfortable empiricism. If you do travel a bit you won't find yourself saying everything happens for a reason in the face of worldwide misery and poverty and abject starvation. Human greed and fear are the reason for most of what happens in the world and the rest is happenstance, I believe. Thank heavens indeed for small pockets of kindness and generosity and thoughtfulness. Here is the story of one such, wisdom offered to to one much less wise. 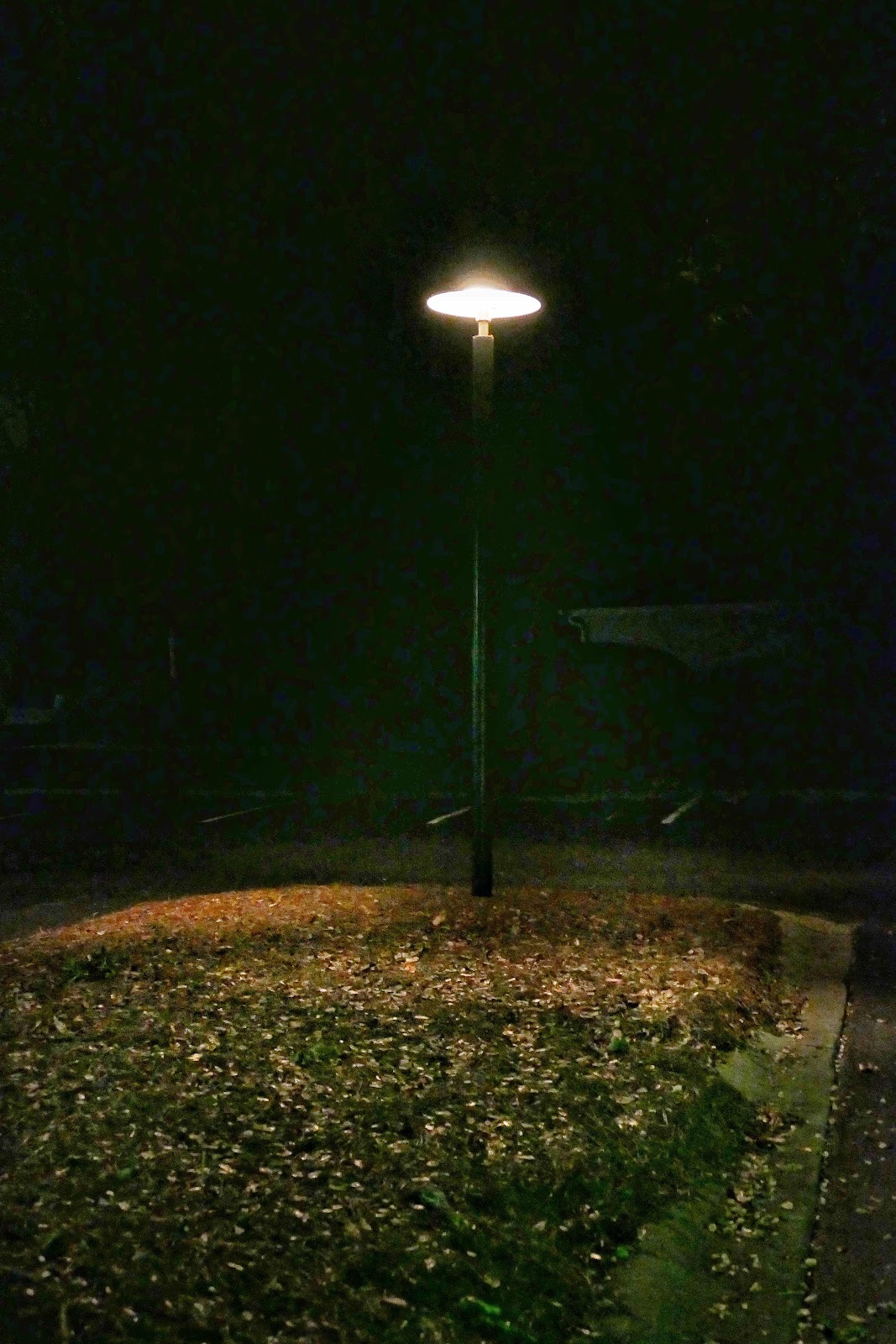 In the face of all that, Joseph Campbell got on television in an era before reality TV was commonplace and he told PBS viewers to "follow your bliss." A dangerous admonition indeed, in a world devoted to the idea of freedom constrained by the demands of conformity. Campbell said it out loud, adding that if you follow your bliss doors will open where there were no doors before. Layne and I repeated that mantra to each other with increasing nervousness as we periodically threw off the shackles of conformity and prepared to do some other stupid thing. 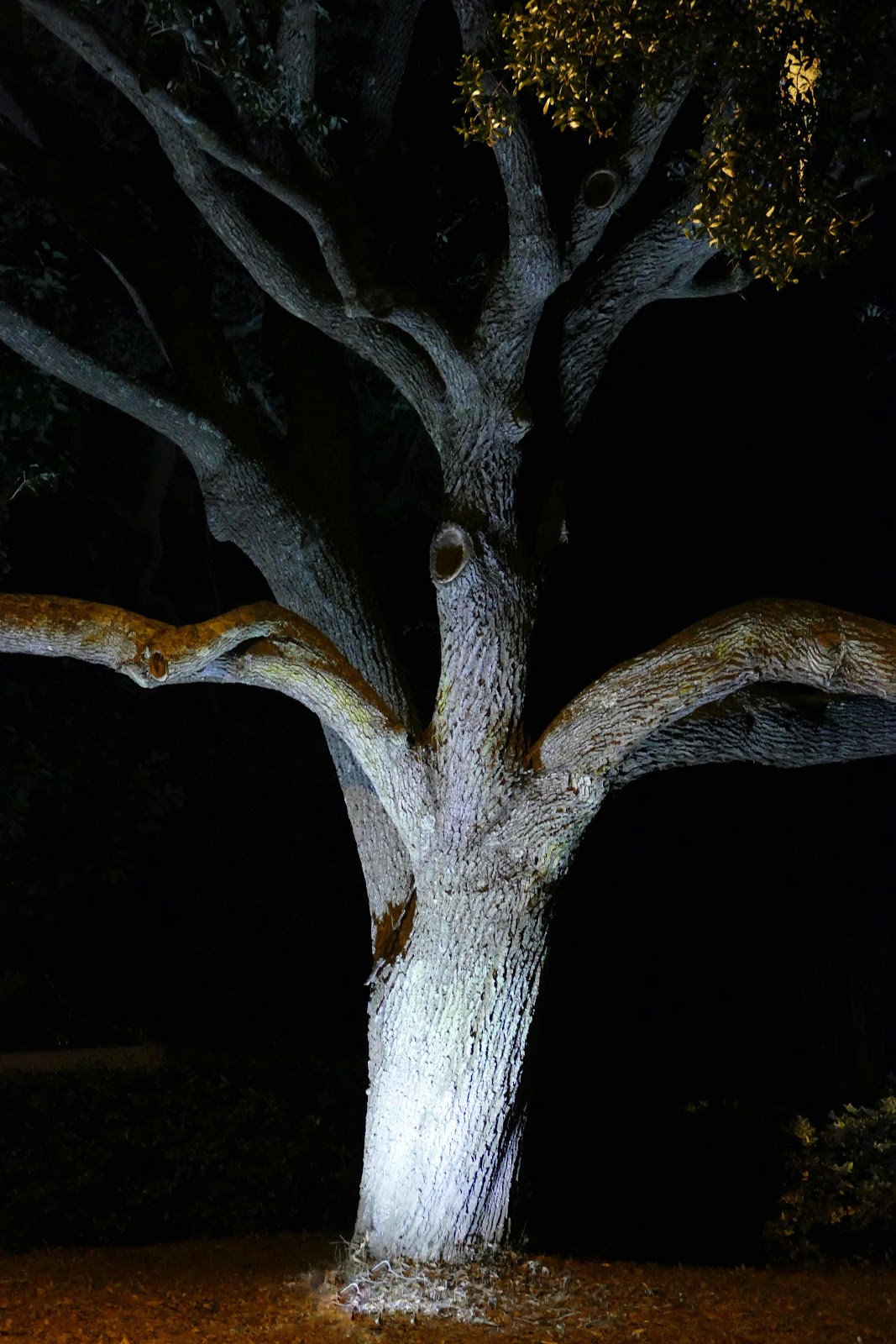 Had we not sailed to Key West giving up a highly satisfactory life in California we'd never have found all the doors opening to us in our new lives. But open they did, and our life afloat had equipped us to take  advantage of the opportunities we preferred. And had the life in Key West not worked out I'd like to think we would have been flexible enough to find some other bliss to follow, some other path to pursue. 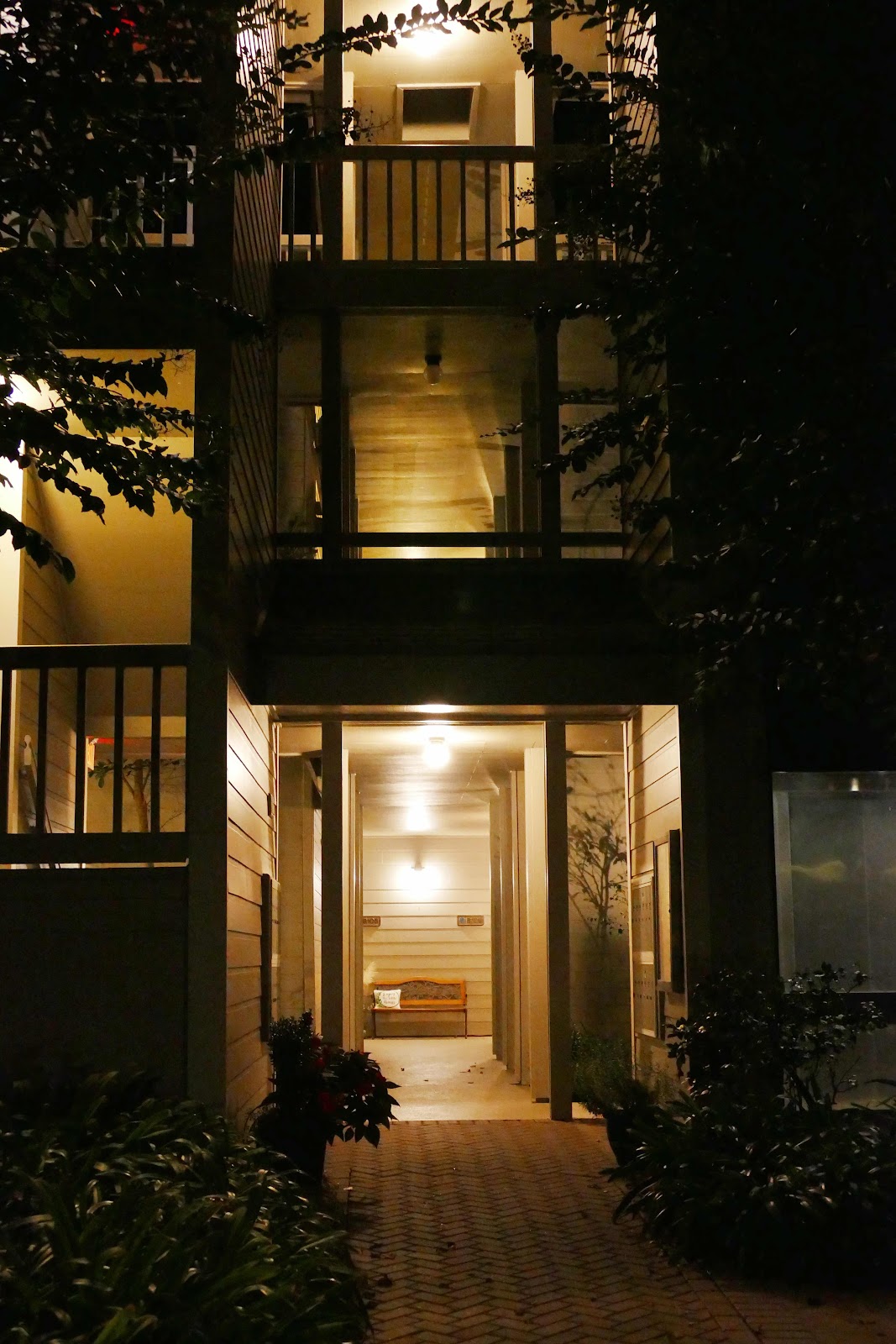 This piece of learned wisdom came back as a powerful reminder as we drove away from St Petersburg where Dale offered us a place to return to when we are done. If we want it a life awaits back in Florida tailored to us. Layne was enthused, not by the desire too settle down before we'd started, but by the proof that doors do open. It was a strange and surreal moment, the lessons learned in the past had reappeared and thus affirmed the correctness of our course. That Dale is an excellent companion and entertaining eccentric and a wildly successful businessman is all the more intriguing. 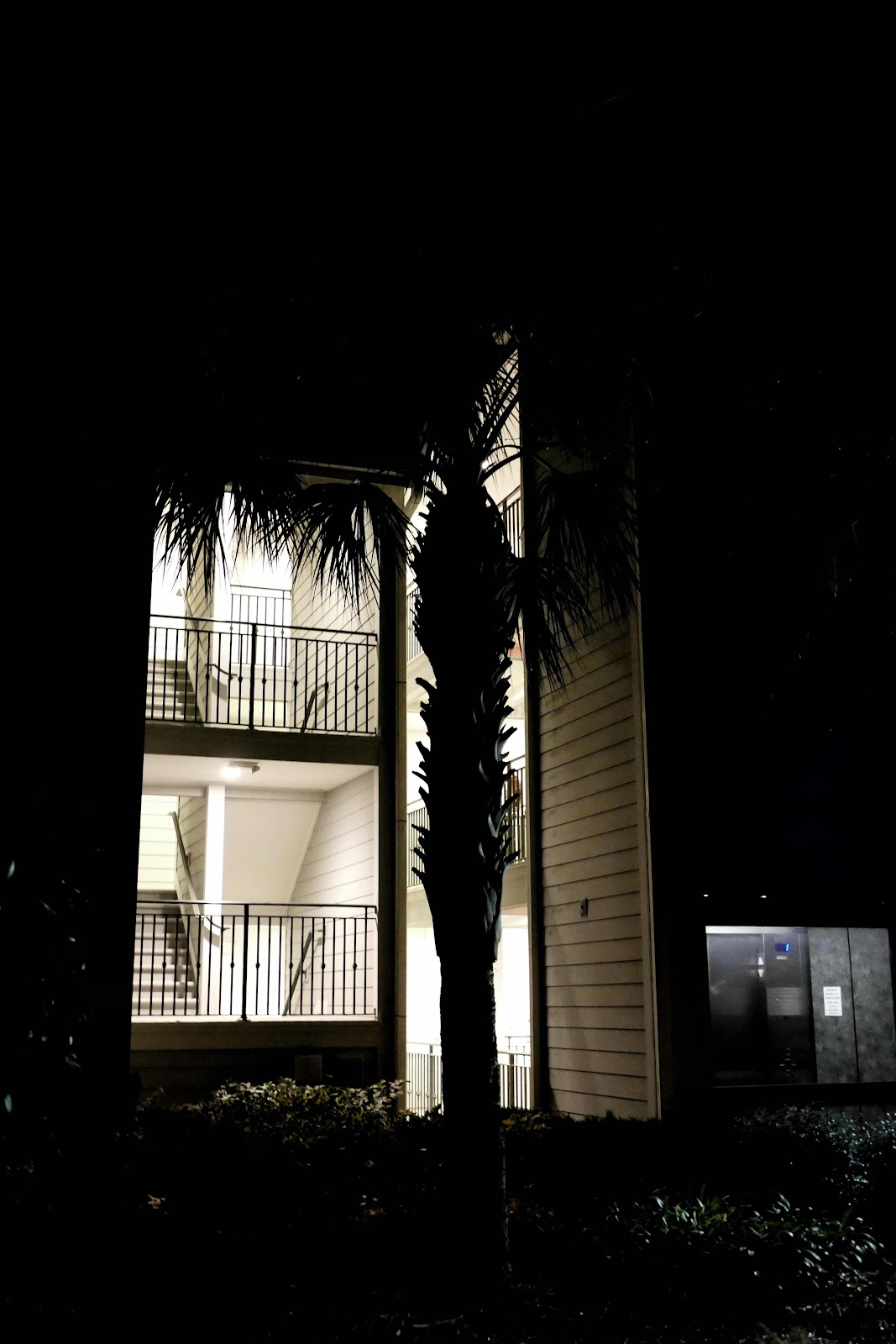 Do not be fooled into thinking that any of us were ready to settle down, and I'm not sure even Rusty would have voted to stop the journey, but the idea that the connection is forged was actually very much affirming our intentions to move. I should note that I discussed with Dale the possibility that in the event Layne and I die on the road he would fly wherever and rescue Rusty and deliver him back to Florida for a secure retirement with friends we trust to look after him. I know a lot of people would be happy to look after him but only Dale would enjoy a sudden flight to some improbable place to find a dog, pay a reward and get the mutt home. I drive much more relaxed knowing Rusty's future is sure. 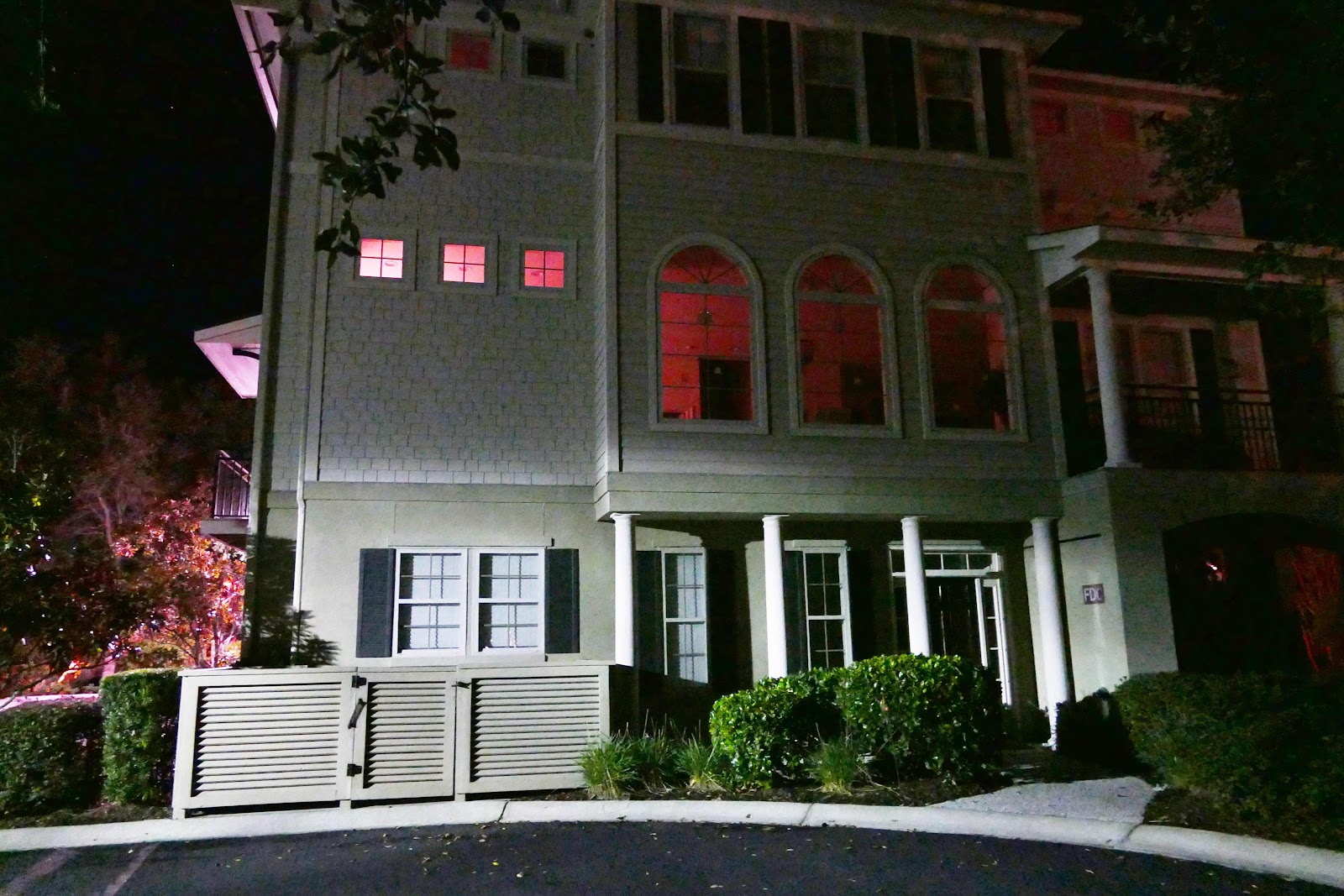 It would not be an exaggeration to say that because of Webb I and therefore Layne (and Rusty) are here. From being in a state so broken I couldn't sit up, to being able to walk and keep up with the Junior Furry Explorer, I was acutely aware that life was now a second chance  for me and I had to do something with it. The thing I am best at is wandering which is no great skill in a world dominated by people being busy doing and building and shifting tons of money all over the place. It was Webb who suggested an alternative path. 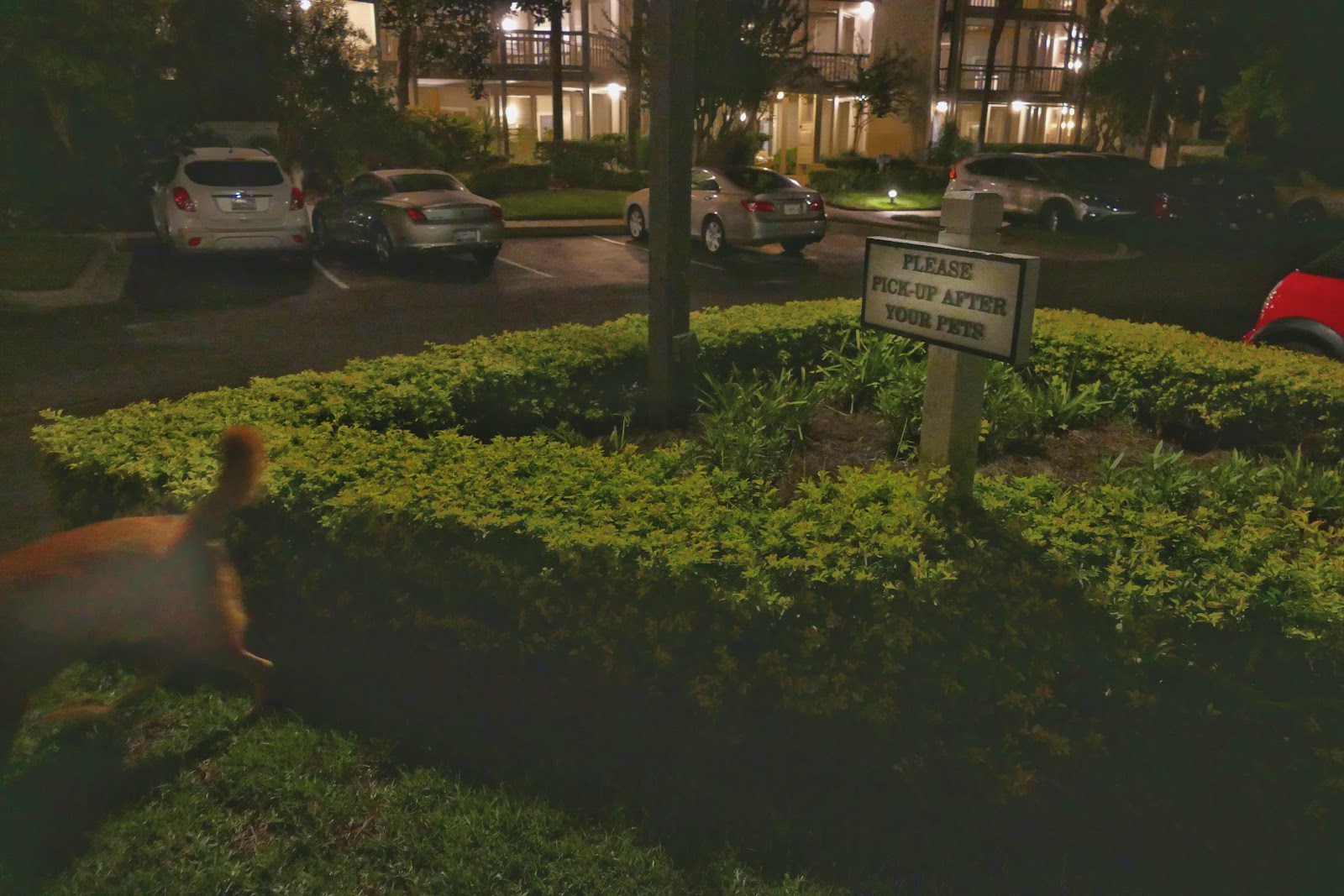 Go to the edge of human experience he said and send back reports. Nowadays he likes to say beyond the edge, but the edge seems enough to start with. He has done this all his life, and he did it the old fashioned way, thinking and plotting first, then preparing then carrying out the plan and then sitting down and publishing the book that would pay for the next one. As plans go there was no retirement because as he himself puts it he felt it unlikely he might grow that old. And how do you retire from being yourself? 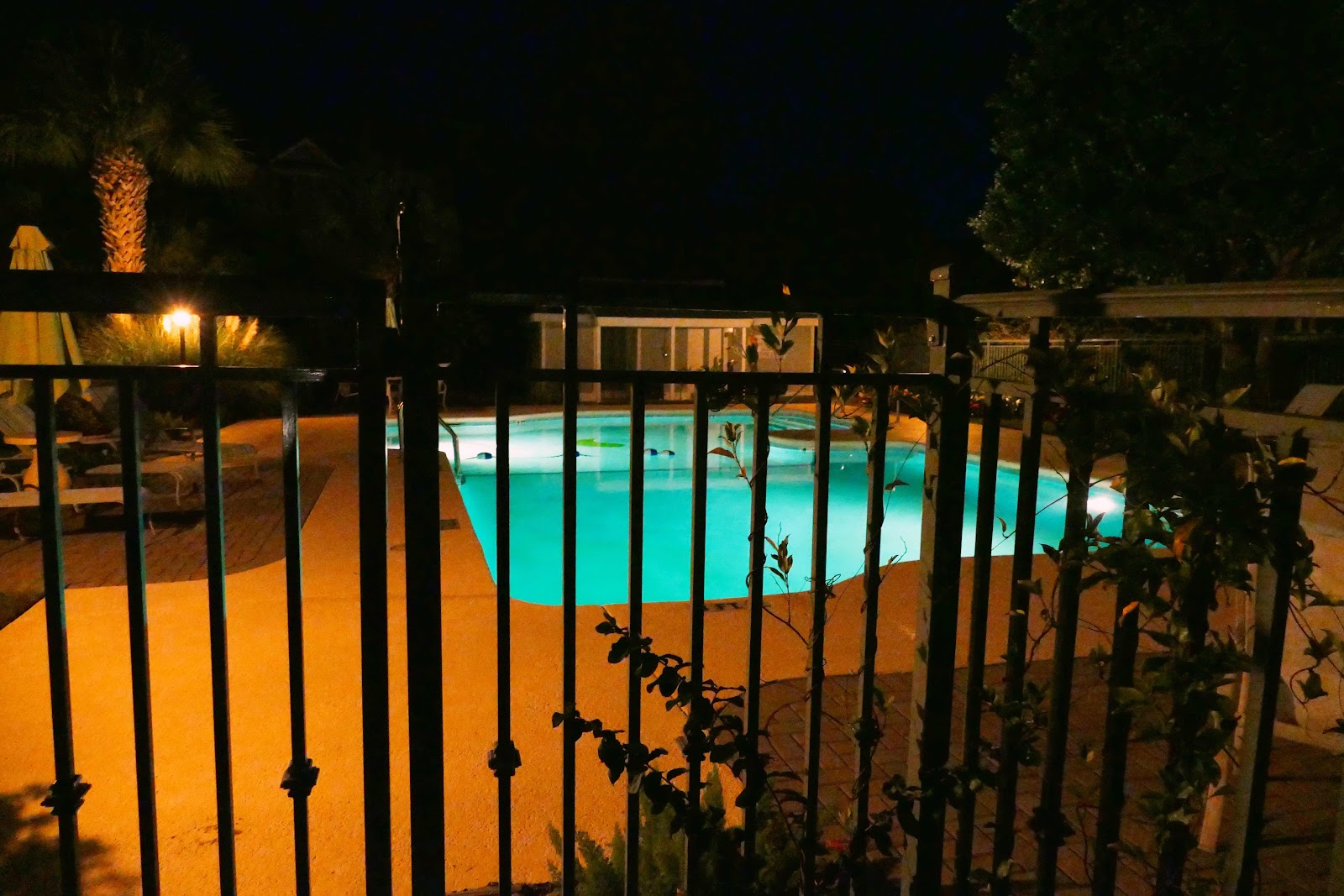 And yet through all the disasters and struggles he came through to a quiet anchorage properly married with a real address and nearby a dock with his boat and a climate suitable and an ocean nearby. Not bad for a man who followed a very personal bliss and set up no retirement plan of any kind. 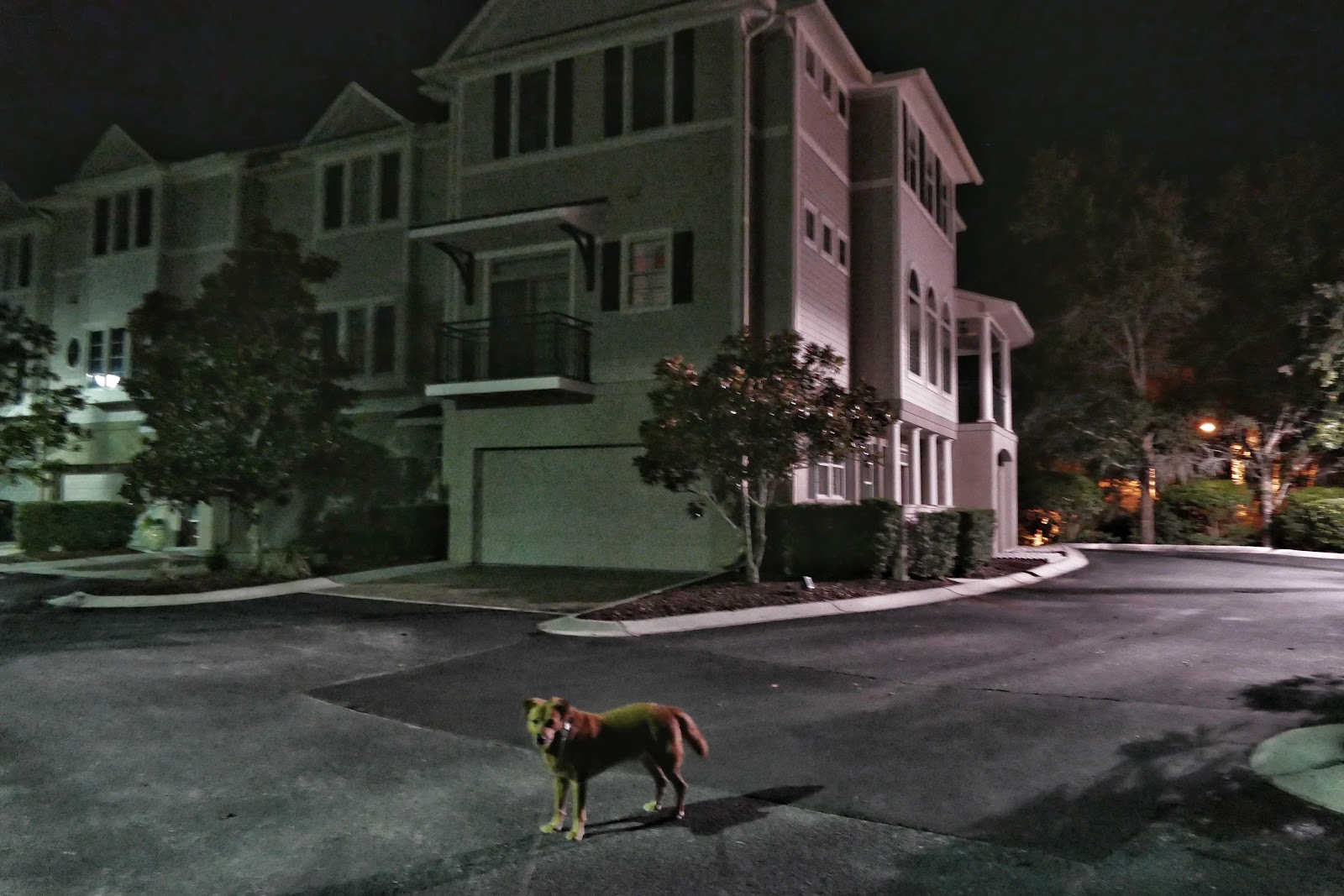 Sitting in the van with my fingers falling off from the cold, my nose frost bitten in a way I cannot remember from my life before Key West, I wonder wherein lies the bliss. My sisters sent me birthday wishes, a reminder we are all of us a year older and they are as settled as they have been all their lives, entirely content on their farms in their villages grumbling about their governments and their taxes and the weather and all the rest of it. Me? I'm sitting in a tin box voluntarily freezing to harden myself up pondering the fortunes of life 3,000 miles away. This is my retirement plan! 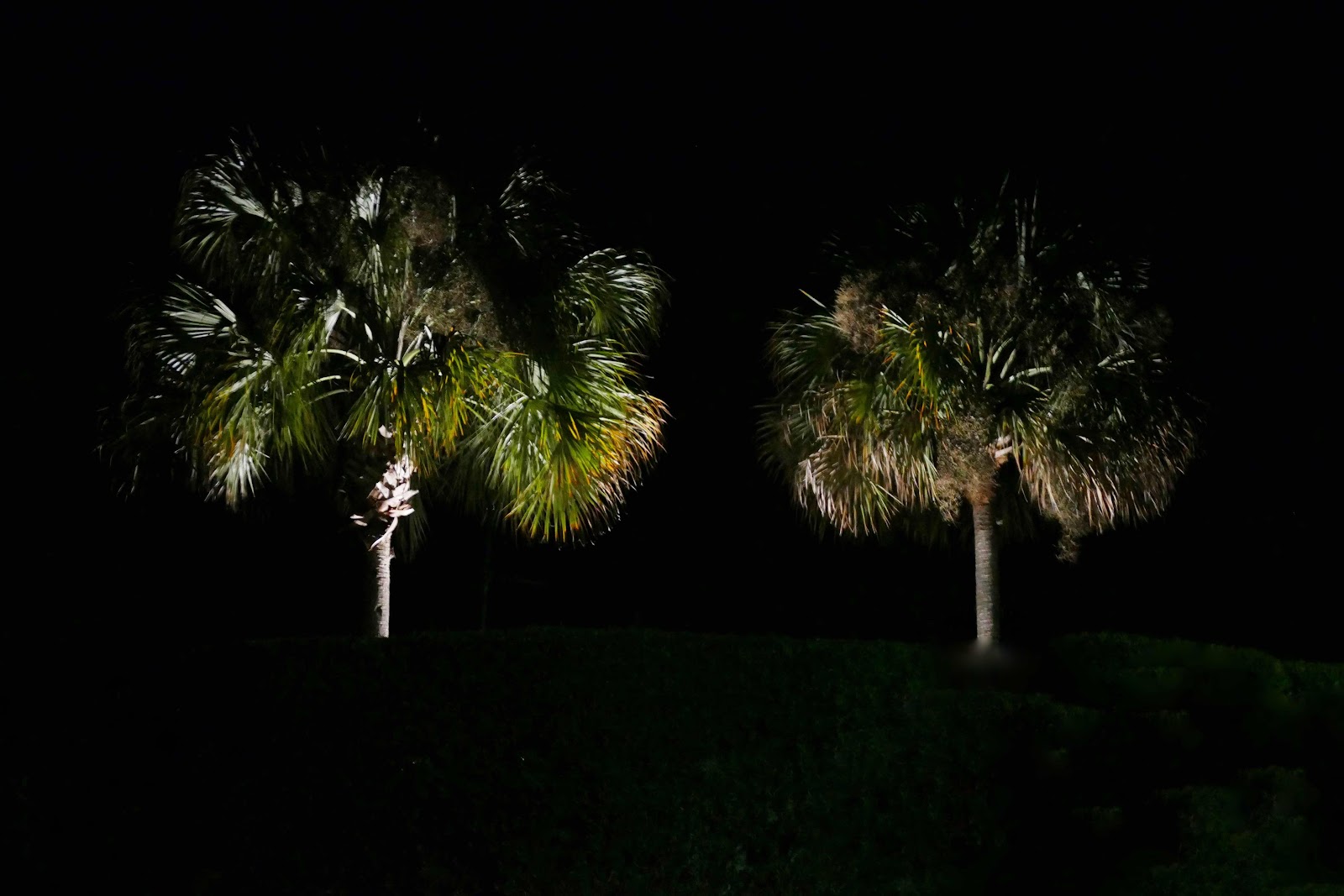 We went out to dinner Saturday night to eat an Italian meal on a patio outdoors, properly dressed for the cold and under a heater. Webb entertained us with sailing stories which makes it sound as frivolous as a gameshow but the stories were real and recorded in books, and each of them steps along the way to a peaceful settled old age. 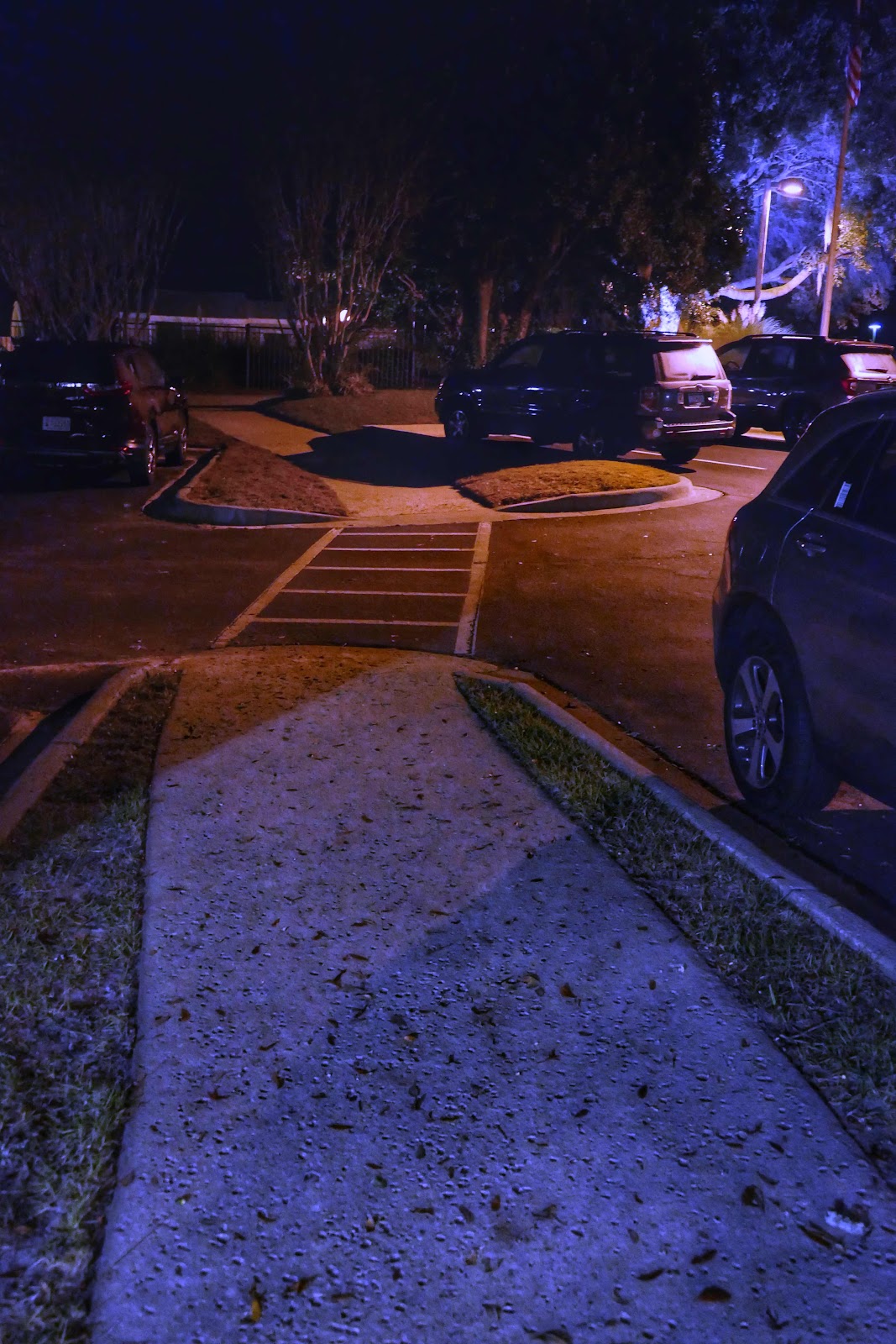 He told of his time in a Saudi Arabian jail accused to plotting a terrorist landing by the simple act of mistakenly sailing onto a beach. He spoke of spending time with other prisoners and of time alone of interrogations and and uncertainty and despair. And out of it grows the certainty in my mind of the correctness of flowing your bliss. 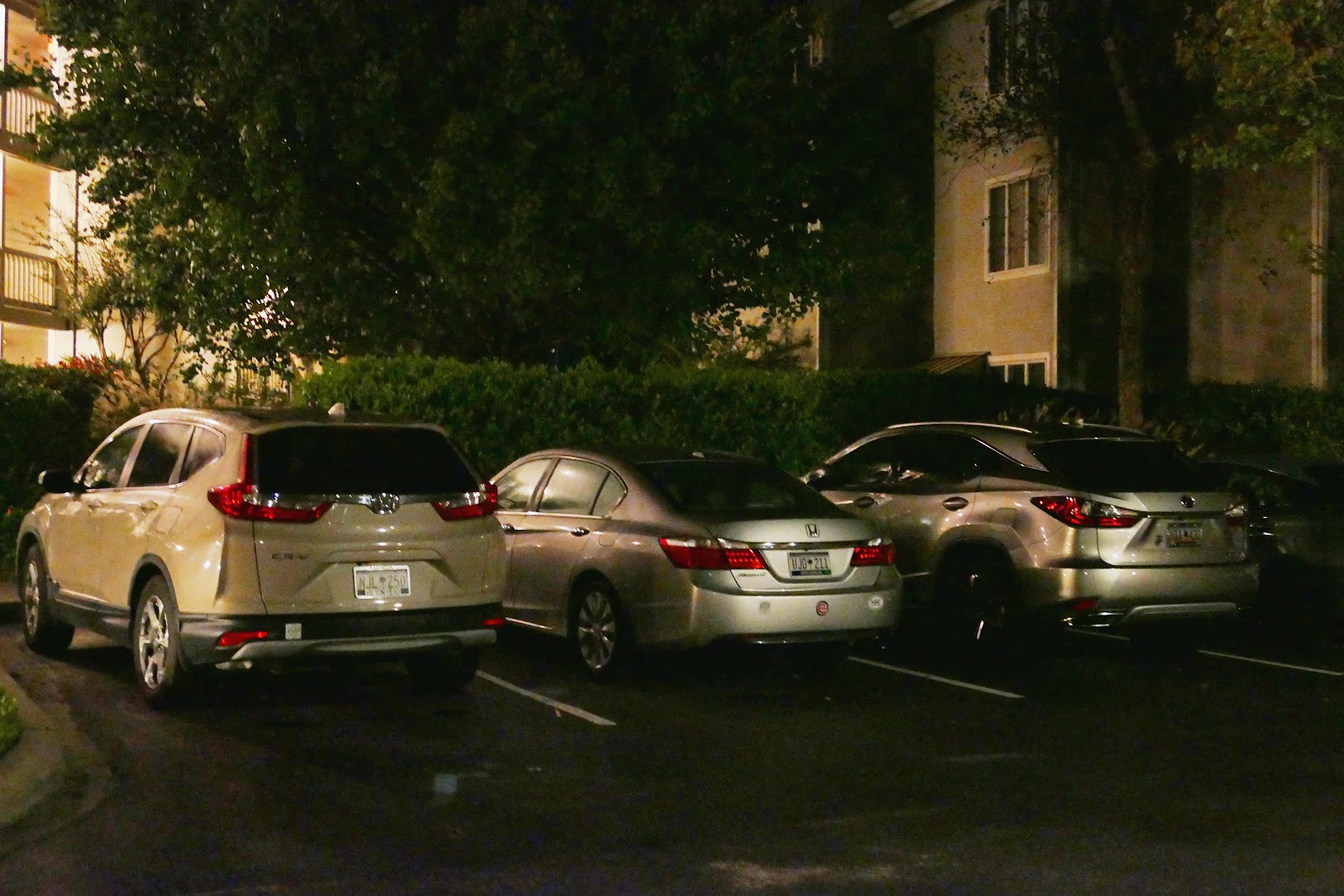 My wife and I hate the cold so he told of sailing round Cape Horn bailing his leaking boat, unable to plot his position owing to cloud cover and while wet and struggling he was living through a summer sail at temperatures hovering around freezing. He completed the journey and became the first American to sail alone around Cape Horn. Was it worth it? It was to him. 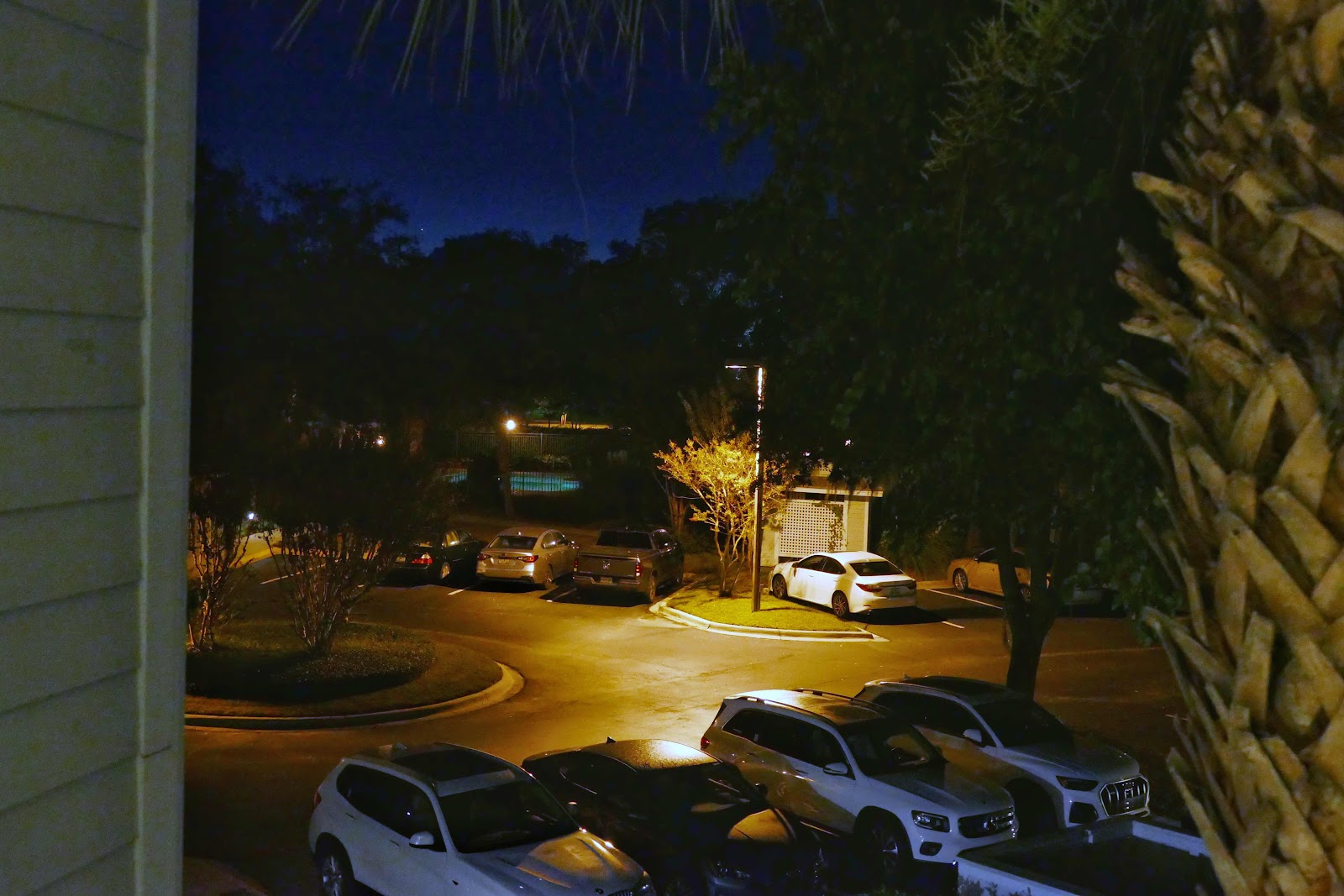 Imagine capsizing your boat in the South Pacific and being forced to drift downwind in your dinghy tied off to your half drowned mother ship. Had he missed the next island he would have had to drift 1400 miles to Australia taking six sips of water a day and hoping for the best. Does that sound blissful? I'm not cut of that cloth and as I sit in the van at my desk and look around at a comfortable bed with a dog sleeping stretched out on it, a fully equipped kitchen, my own fridge and all the accessories of a suburban home I know I'm not in the same league. But bliss is where you seek it. Webb sought his from a young age with a verve not many of us possess and yet he landed on his feet with time and a place to sit and think and share his world with a woman he loves. Pretty damn amazing frankly. 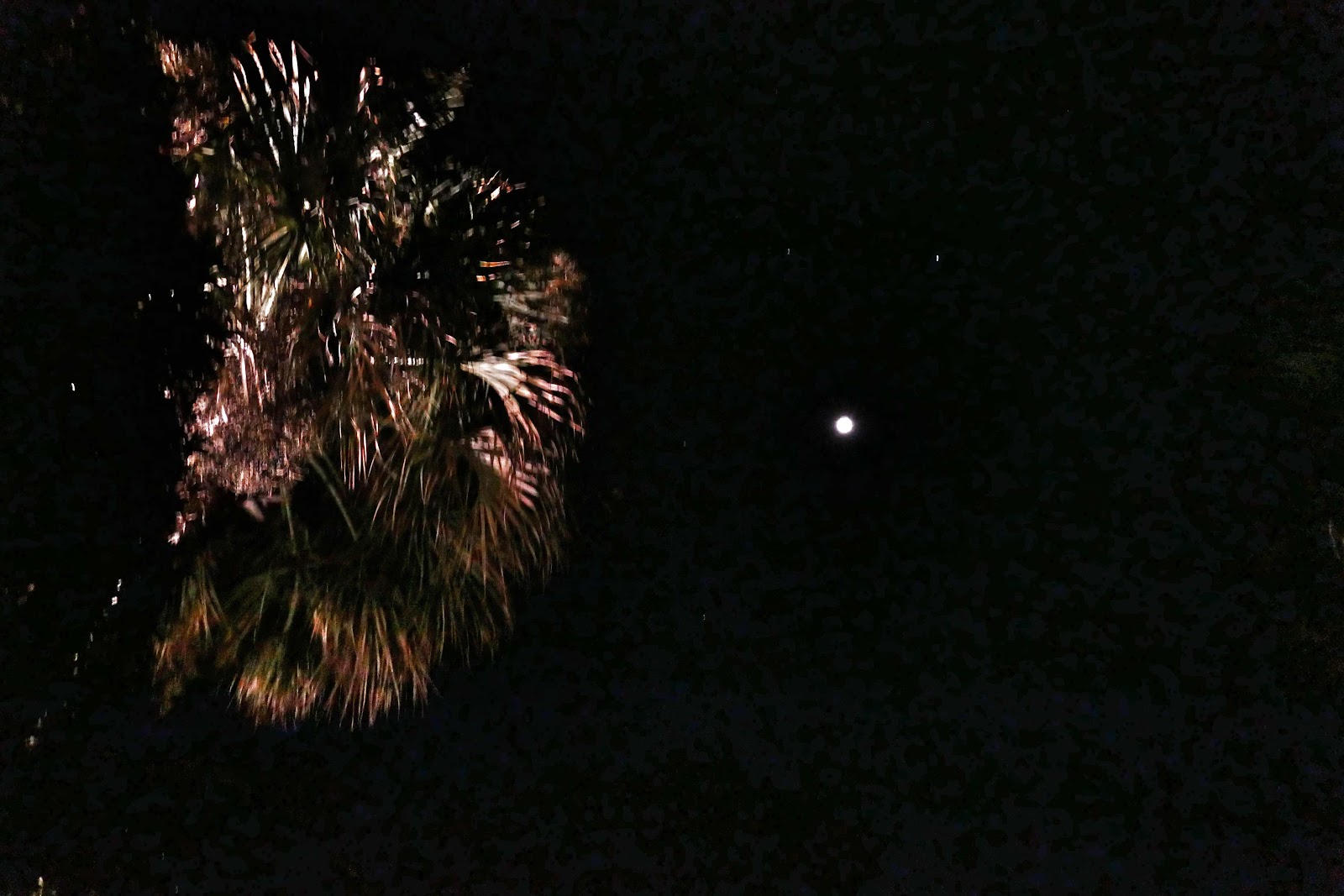 One can never tell what the result of choices will be, obviously, but the idea of feeling stuck has never appealed to me so even before I heard Campbell's quotation I followed my instincts in the face of much criticism and went where I was minded to... So far so good, but if Webb's example is  a template then I would dare to suggest that thinking too far into the future may not be my best bet. I'm guessing our bliss will get us where we need to go and I trust I shall be thanking the man who set me on this course as much then as I am now. 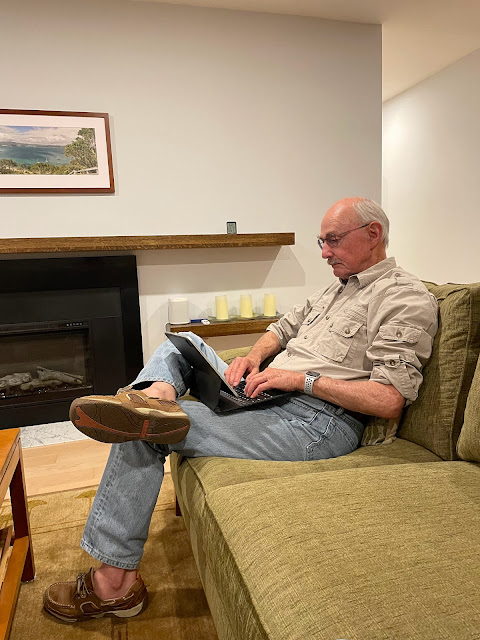 Link to Webb's site.
Link to National Sailing Hall of Fame.
(using my picture I'm pleased to say, taken in Marathon).
Posted by Conchscooter at 12:00 AM 8 comments: