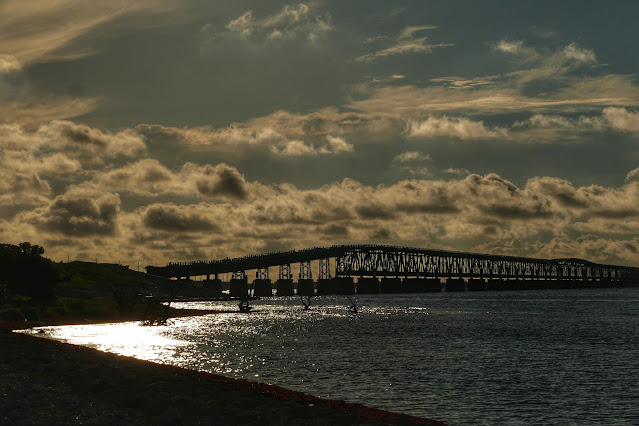 After a long weekend of answering 911 calls and dealing with people and their problems I was looking forward to spending lots of time all at once with Rusty and the camera. I try to take a picture or two every day to experiment and keep my hand in but on my days off I like to put in extra effort. 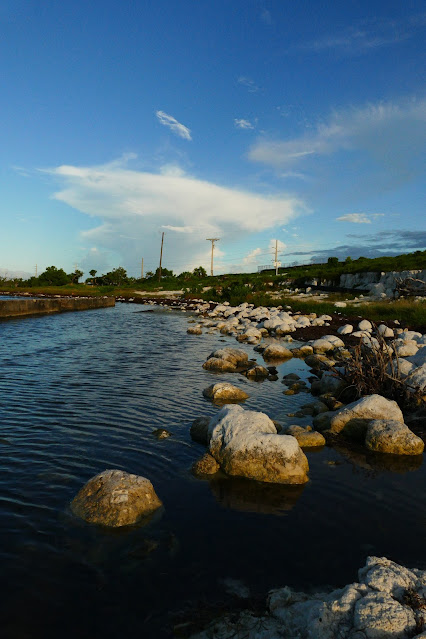 I didn't feel like Key West especially as it had rained but despite my late start I hoped clouds might provide some amusement and Rusty always whines when I stop here, impatient to get out and run. 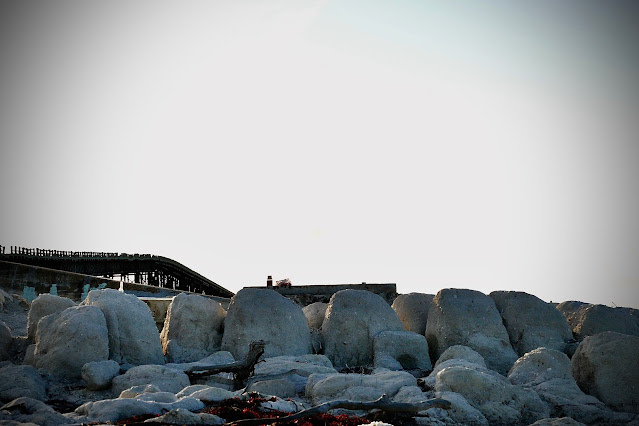 I was in a  meditative mood looking for shapes and colors as usual, finding odd lumps in the clay being worn away by rain. This stuff used to be at the bottom of the sea and was dredged up by the railroad engineers where they planted their bridges and they used it to build up the ramp to get the track to the bridge. Since the road was reopened to visitors overnight anglers have come back leaving all sorts of detritus which I don't need to show. The beer bottle put me in mind of the question as to who is the corona virus, the lazy human or the efficient virus... 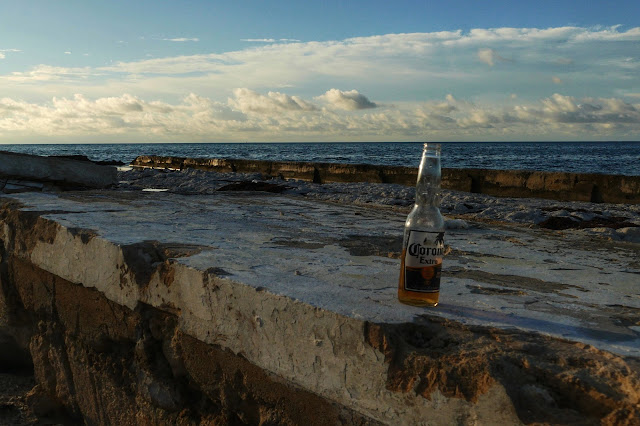 This unhappily gormless person failed to dent my pleasure. He apparently showed up in a Jeep to fish but didn't last long. 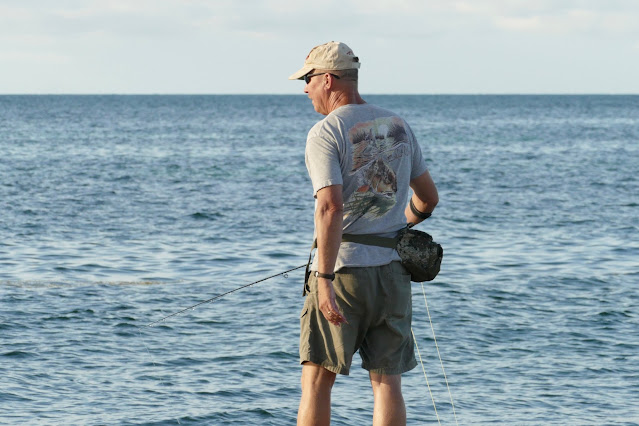 I was trying to frame this gumbo limbo against the sky to emphasize it's growth since Hurricane Irma decimated all greenery here. These trees grow easily and quickly in South Florida and they at least are repopulating this desert. As I knelt the silver Jeep came down the newly paved access ramp and parked right next to me. I got the picture and moved away. The helpful half wit got out and said "I can move if my shadow is in your way." I was very polite and said no thank you and scrammed.  Social distancing? What's that? 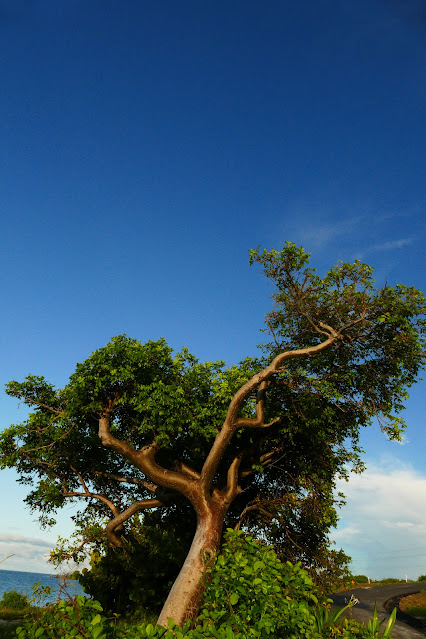 I returned while he was still fruitlessly casting and got this picture of his vehicle which had plenty of room to drive on and find a space to pull off the track. Instead he just dumped it there and seemed surprised when I didn't want to engage with him. Aside form the fact that social distancing suits my reticent personality, I am constantly surprised by people who don't give strangers a chance to be six feet away before they try to get permission to approach. Had he puled forward and greeted me from a respectful distance I could have engaged in the usual dreary niceties of pointless small talk. As it was his lack of awareness freaked me out. 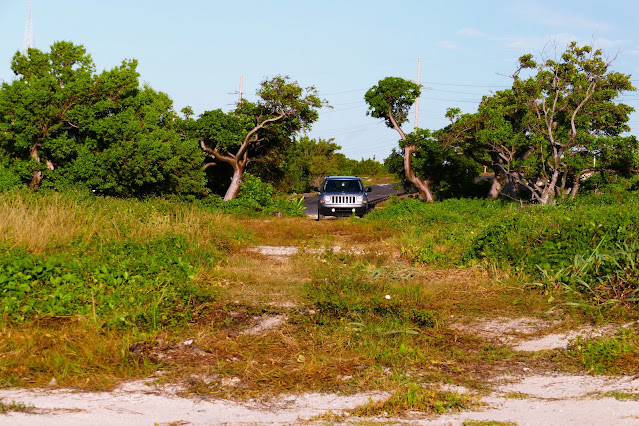 On a happier note it is clear that growth is regenerated in this place where the storm wrenched everything up and turned growth to dust.  I actually had some lovely gumbo limbo shade to sit in on my favorite piece of cement buried in the undergrowth! 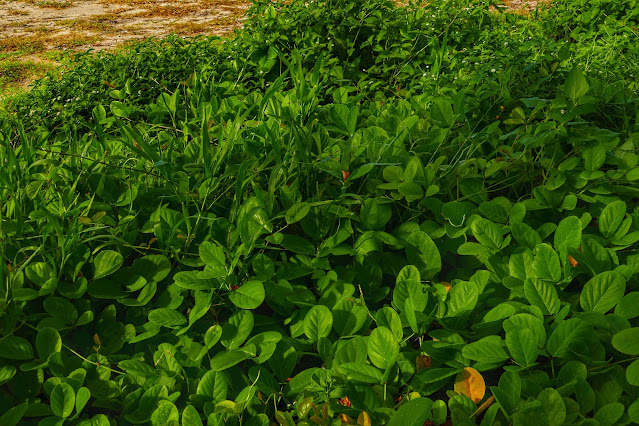 As much as the rain on my days off has annoyed me it has done some good. 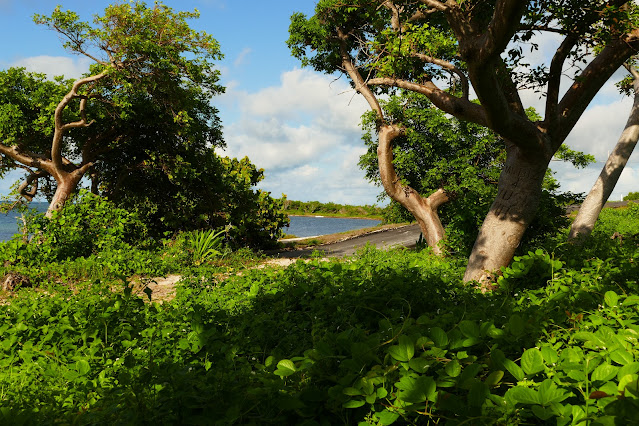 I was sitting waiting for Rusty grumbling about how flighty butterflies are, darting hither and yon. I had read on a  camera forum how dragonflies dart but tend to go back to land on the same twig repeatedly which makes them easier to capture and I had put that into practice. Butterflies on the other hand never sit still and they were annoying me...until this one stopped close by long enough for me to get a bead and relieve my irritation. Thank you. I am never going to be an insect macro specialist but even with a regular zoom lense they display beauty. 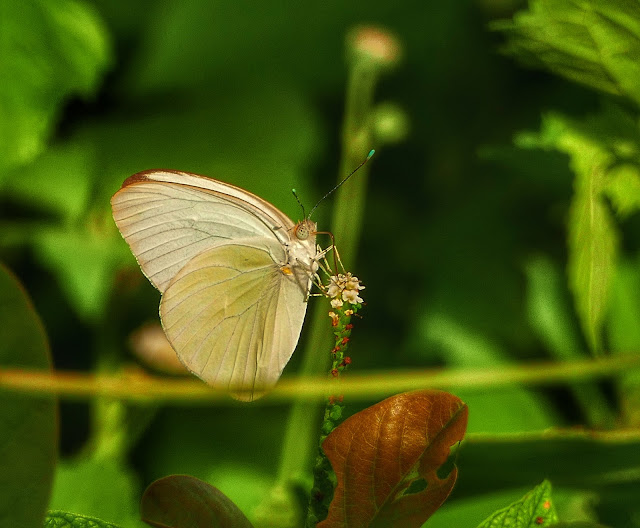 And then I tried a different view of my much photographed bridge. Out of focus with some vintage overlay courtesy of Snapseed. I think I like it just for a change, as I do know what the bridge looks like. This is the pinhole camera view! 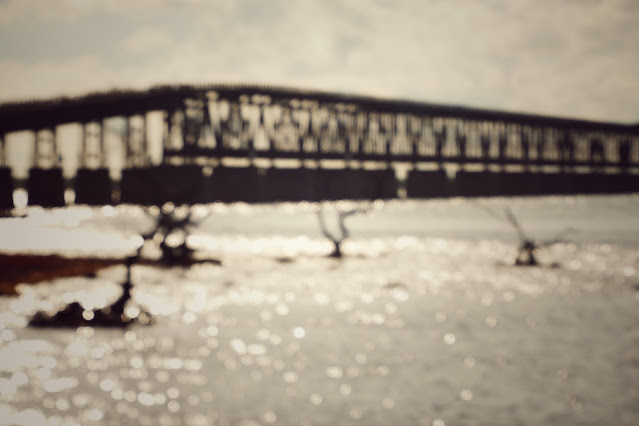