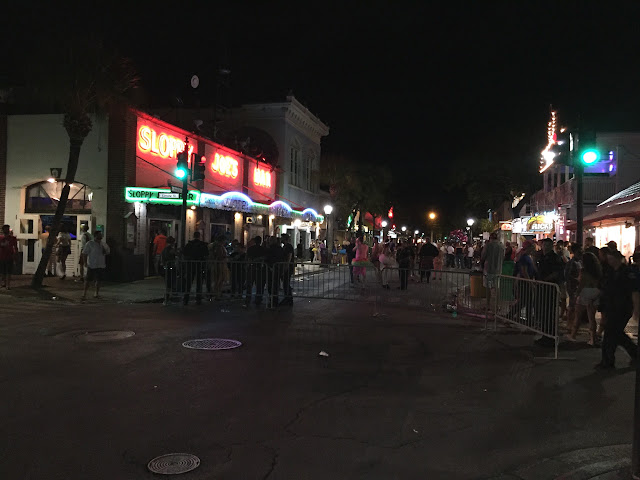 The nightly Fantasy Fest crowds have been having fun on Duval Street and so far the weekday, after a rather hectic weekend has been largely civilized and  fun rather than filled with drama. I enjoyed wandering around. 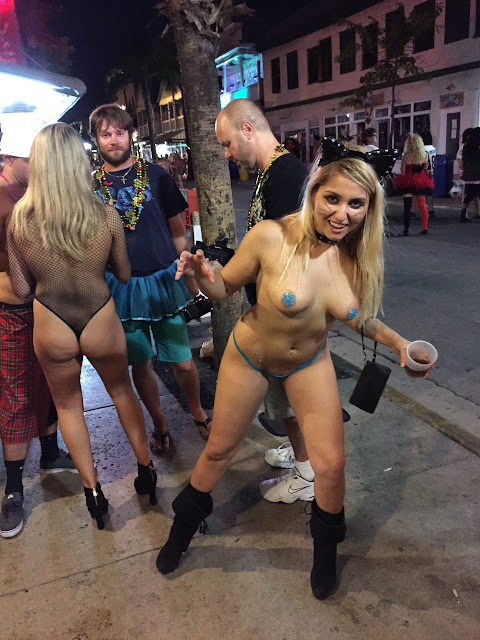 Some costumes fit the "All Hallows Intergalactic Freak Show": 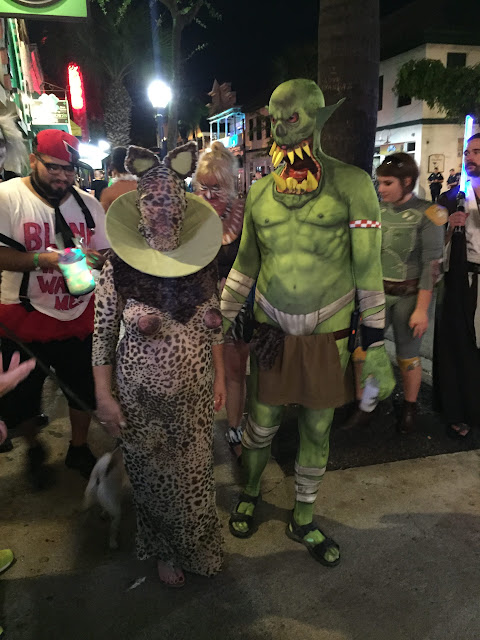 Sloppy Joe's was hopping, under the watchful eye of security... 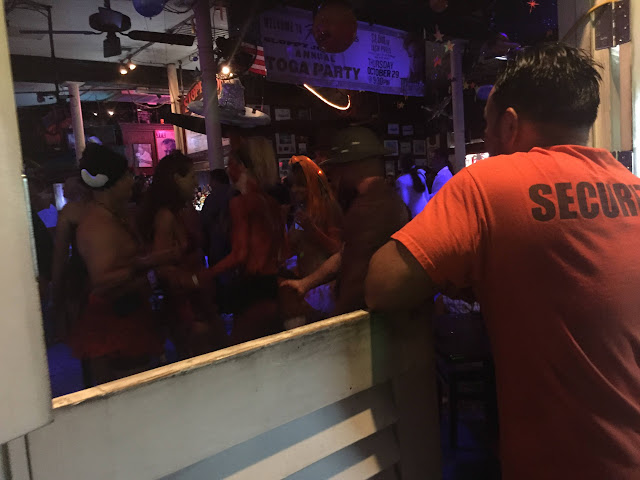 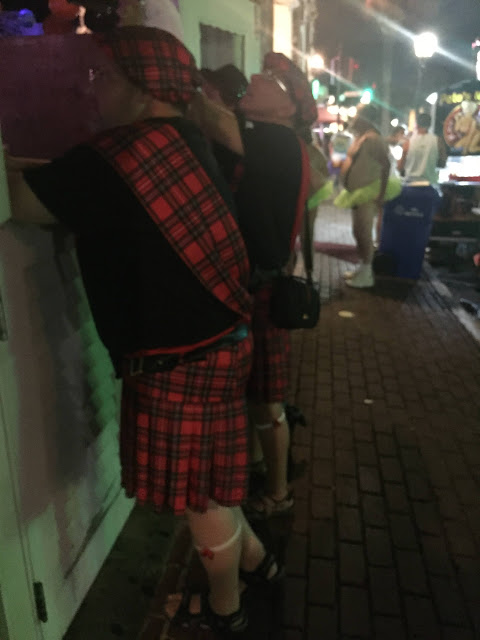 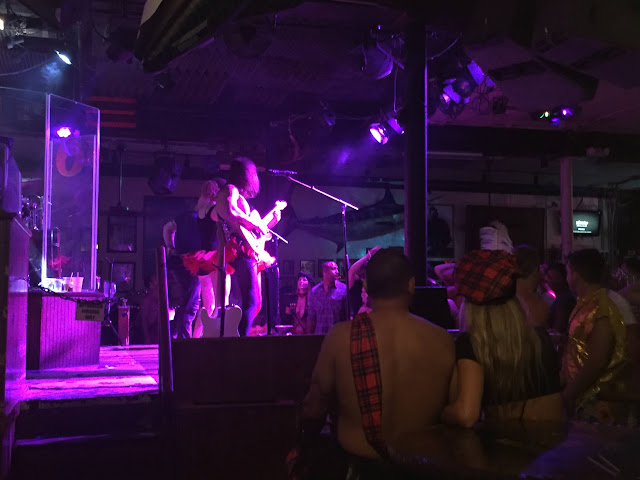 I have no idea what this was all about but I took a picture as well, just as  a precaution: 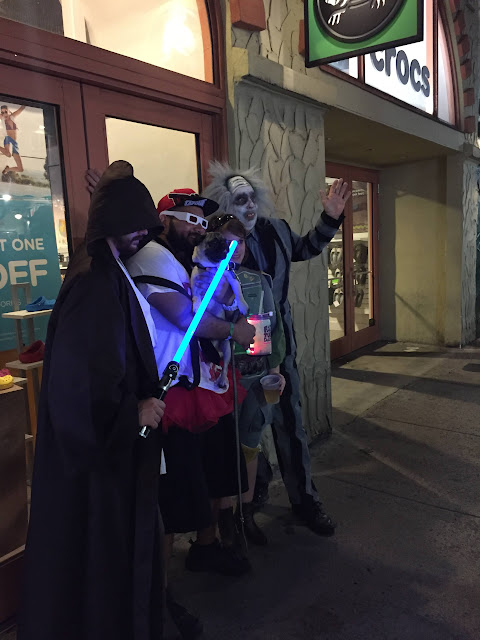 Not crazy, not too crowded, on a pleasant, not overly hot 79 degree night: 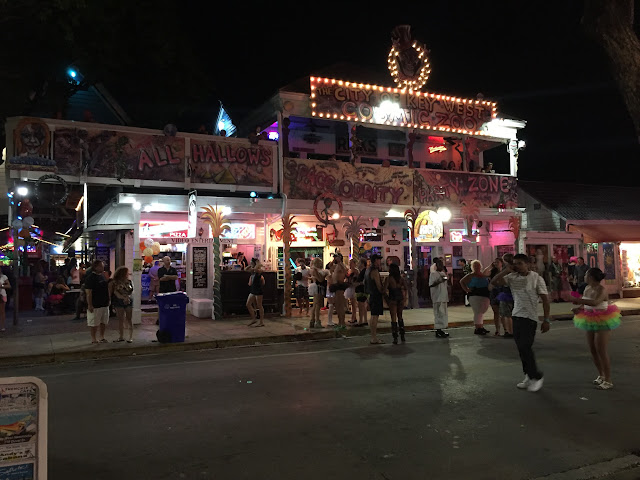 Some people had to be helped along after too much drink was taken: 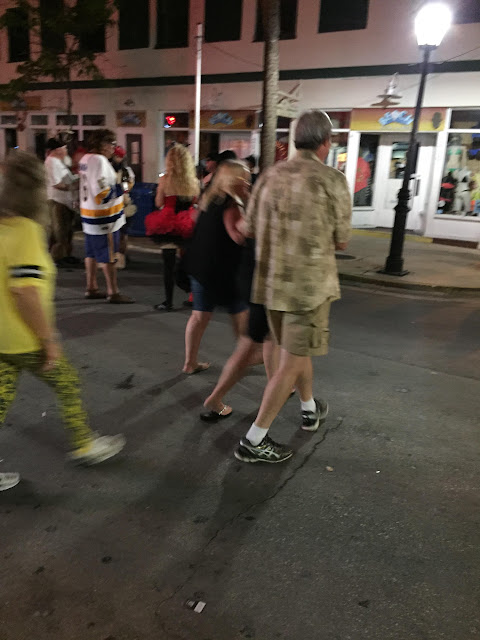 Some were beyond help and needed to sleep it off: 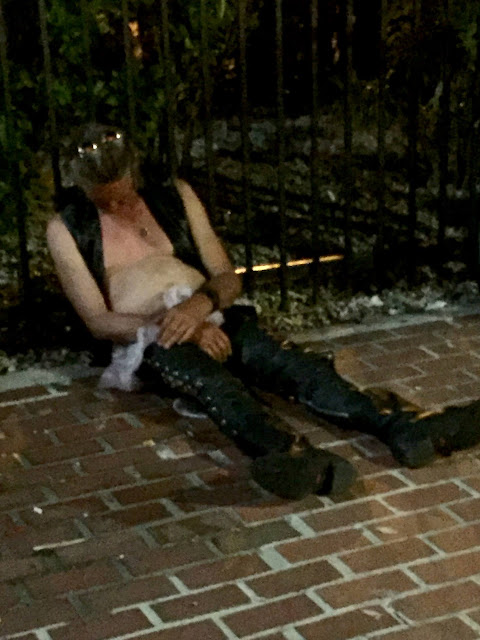 But there were lots of happy people with pastis and smiles for all: 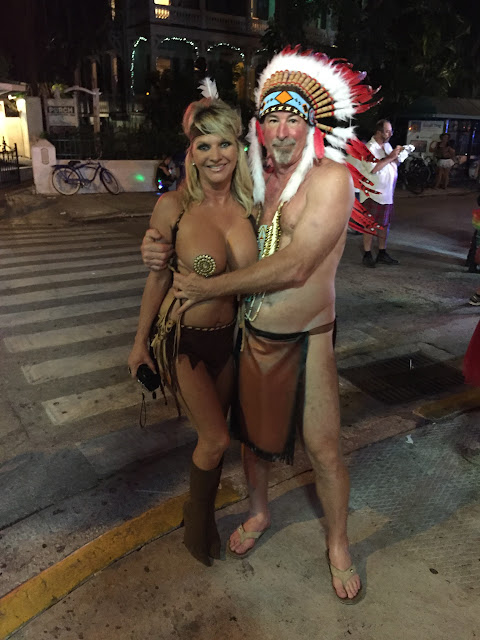 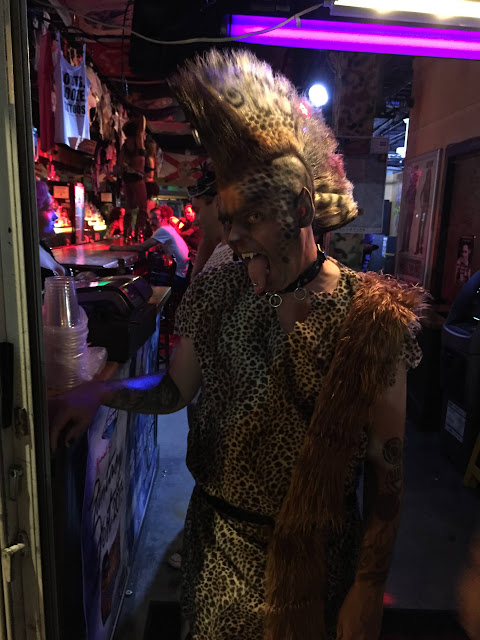 The pug was having fun on Duval but I was pretty sure Cheyenne would want none of it. Maybe after everyone had gone home. 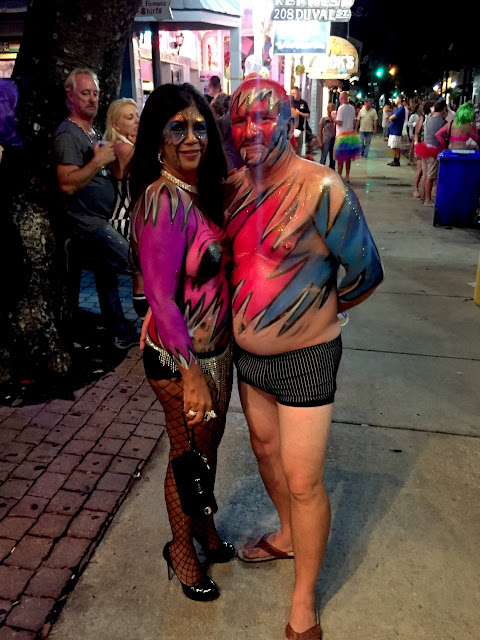 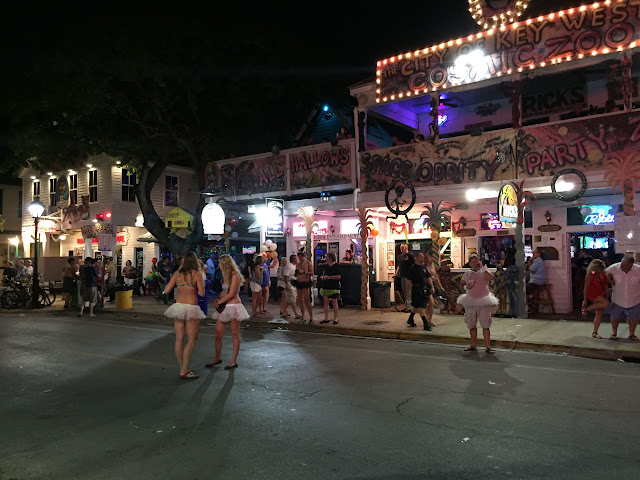 Some sensible few had a quiet drink at the tap room behind Sloppy Joe's and they seemed like the smart ones to me. 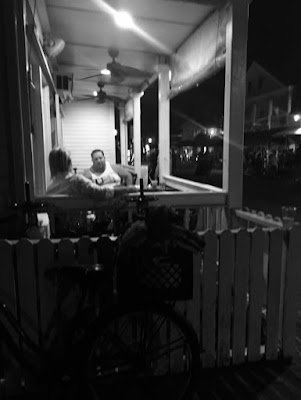 But it was actually quite cheerful and fun on Duval Street hanging out.
Posted by Conchscooter at 12:00 AM 2 comments: