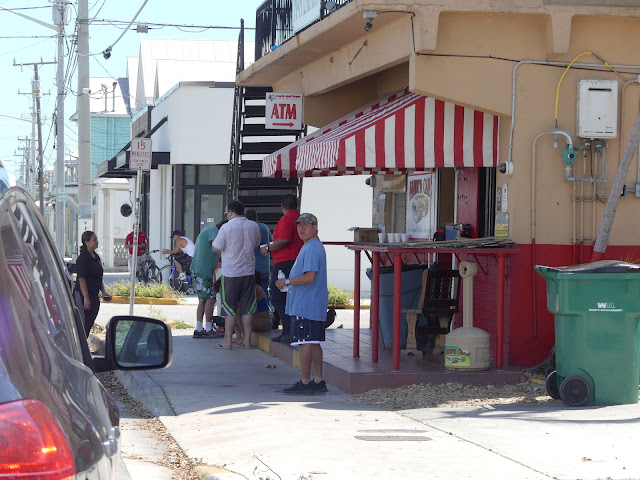 Sandy's after the hurricane dispensing good cheer till supplies ran out

I got the 13 year old ET4 out of storage in Marathon and rode it to Key West after I put a few pounds of pressure in the tire. I stopped by my wife's temporary classroom which came within three feet of being flooded. The leaves mark highest surge up the ramp which looks longer in the picture than it really is. She is supposed to get a new Adult Ed classroom of her own next  year when the county builds a new library in Marathon... 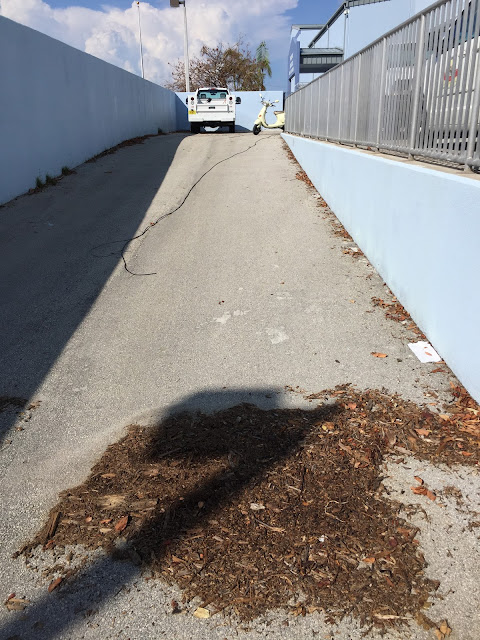 I put a few pounds of air in the tires from the compressor I carry in my car and took off. I had forgotten my helmet so the 60 mph breeze was a bit uncomfortable and I forget my sunscreen so in keeping with the chaos of post-Irma life I was a bit scatter brained but it all came out in the end. Crossing the Seven Mile Bridge: 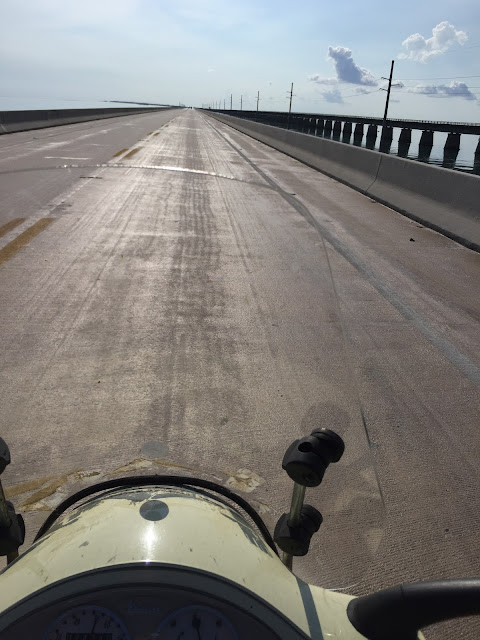 With the orange Vespa giving me fits in the replacement of the drive belt I am riding the 2004 ET4 150, the original automatic Vespa in the US and I like this scooter a lot. The paint is still thick the engine runs smoothly and after the recent tune up and new suspension it is full of get up and go. My wife following me home said she had trouble keeping up in the car.That's what I like to hear. If however you want an idea how slow clean up is check out he Aids Memorial: 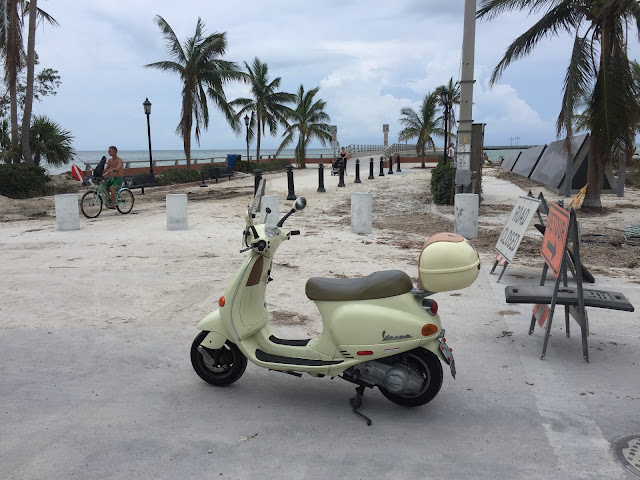 The road is still closed at Higgs Beach where flooding and sand invaded Key West as usual. I turned north on White Street and checked out the new city hall. I was one of the apparent minority who supported this project, a pet of Mayor Cates. he took a  lot of flak for the $20 million construction job,but I think he was right to put city hall here in the old school. It's centrally located with lots of parking and it is apparently strong enough to survive a Category Four Hurricane. 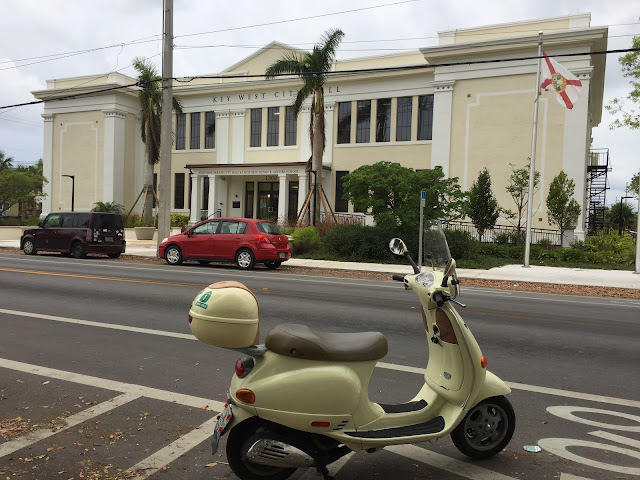 Last stop on the way to work: Sandys. Now pen with an extensive menu. 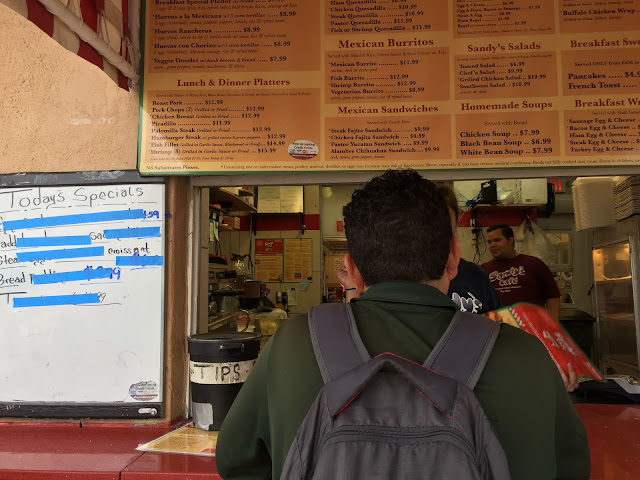 I celebrated a return to near normal with bacon in my cheese bread and a quiet spot to read the newspaper on my phone: 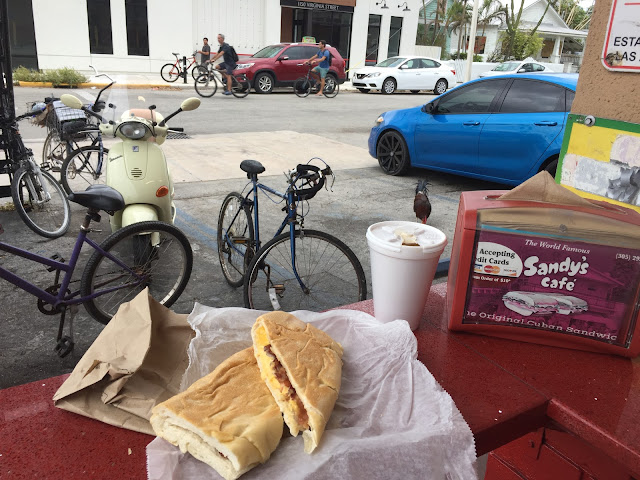 Even the rooster respected my need for quiet contemplation in a hurricane world, by staying quiet for once. 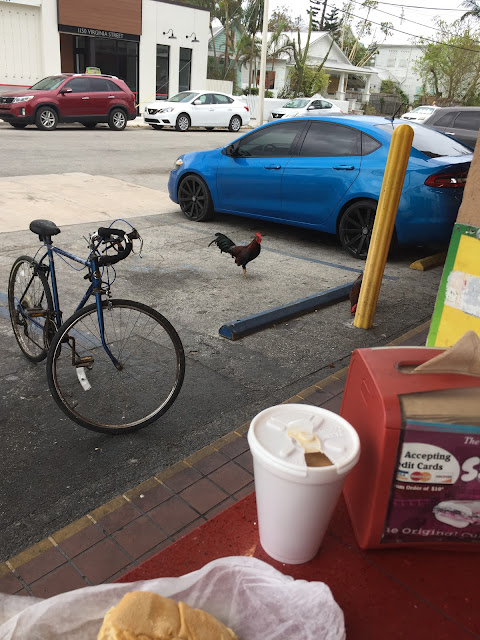