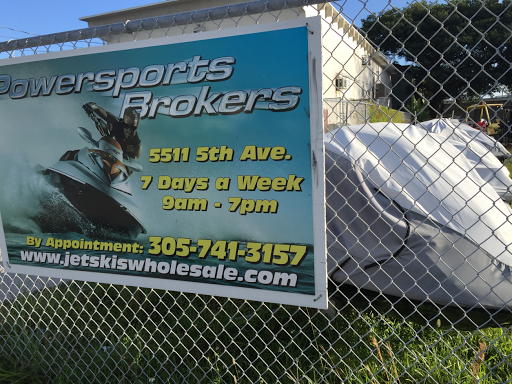 Stock Island has its moments and its places. Above I saw a row of neatly parked covered jet skis. Wholesale jet skis. That struck me as slightly bizarre until I remembered they rent these things. Wholesale sales for fleets I suppose. Only on Stock Island. 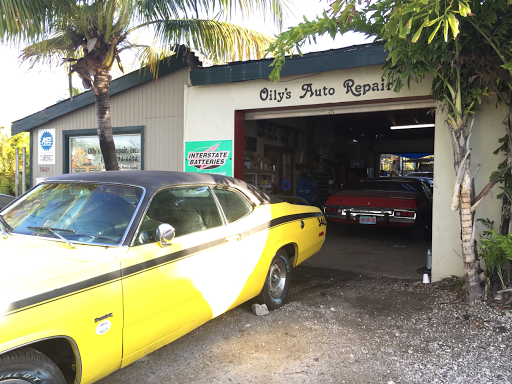 Then you have Oily's shop. My wife likes bringing her Fiat here as she grew up in California and Mike came to Key West from Santa Barbara, so they have that in common. Mike relives his youth with his muscle cars. Imagine cruising the other Highwsy One in those primary colored toys. And then there are the dreams of childhood still being created on Stock Island: 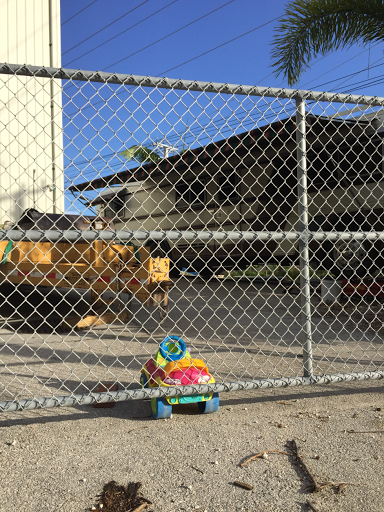 Mind you this is a place that makes no concessions to beauty. Joy is how you make it under the Christmas Tree of wires overhead: 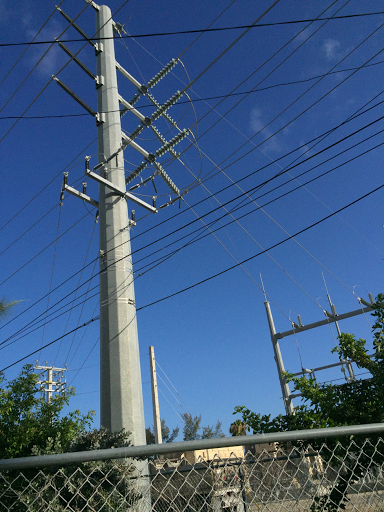 Remember, dogs are only as bad as their owners make them.  People are bad, dogs don't rob pillage or murder. This one at least isn't trapped on a chain. Cheyenne ignored him of course. 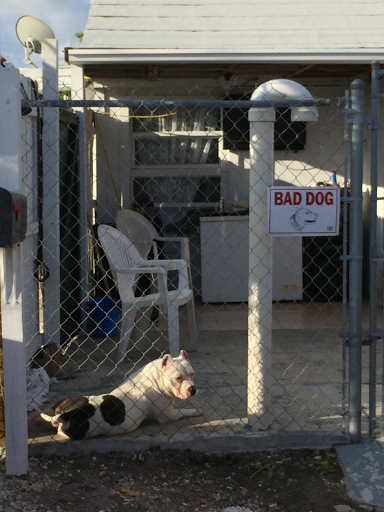 I loved this truck. "Runs good." I posted it on Facebook because it made me smile. The eternal hope of humanity. Runs good, ungrammatical, probably not true but always hopeful. 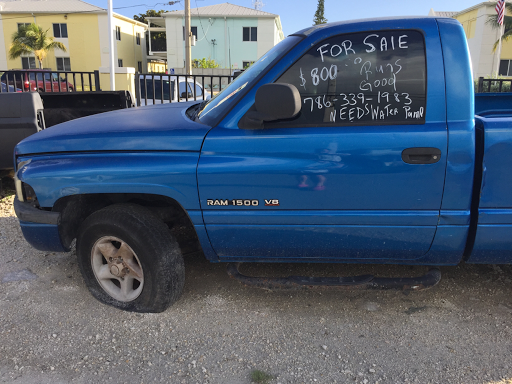 I also posted this picture of a dashboard ornament powered by solar energy. God forbid  we should be encouraged to power our homes with renewable energy. Dashboard ornaments?  No problem! 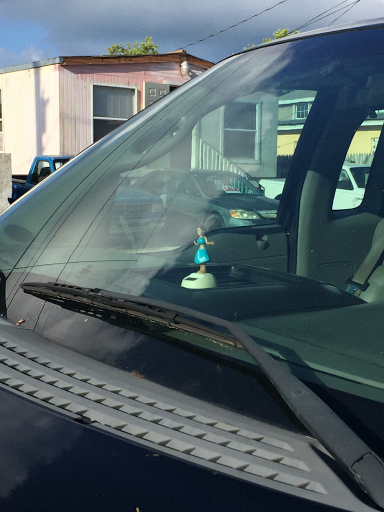 Sanford is alive and well on Stock Island. This is a front yard, not normal but not a total outlier. This nightmare represents a messed up psyche to me! Perhaps it's just money in the piggy bank. 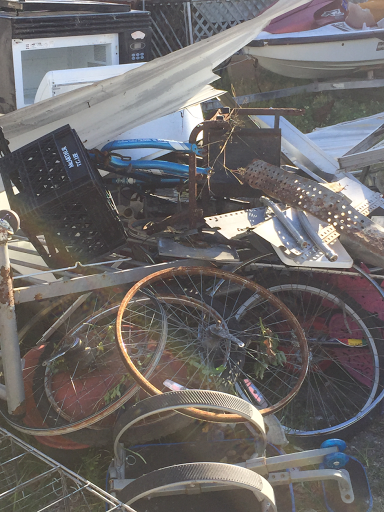 A friend of mine bought a house on Stock Island. She is over the moon. It's affordable and means a secure future for her dogs no longer threatened by unsympathetic landlords. She and her fiancé and their three dogs are counting the days until they move in. Worker housing. 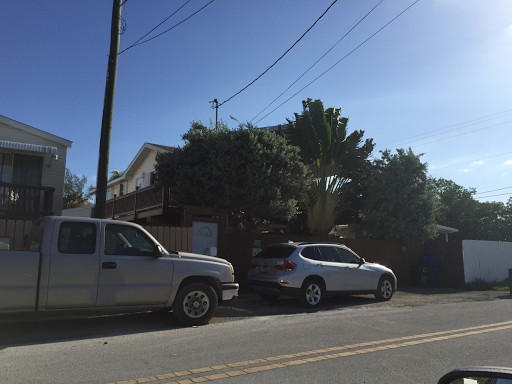 Stock Island home to some, home to the people who make Key West work. Cool.
Posted by Conchscooter at 12:01 AM 1 comment:

I walked at night and I took pictures and because doing this clears my mind I spent some time thinking. Cheyenne was there of course, darting as well as she can, and because it was after the bar  closing time of 4 am, but well before sun up she was off leash and free to let me walk and  think,so I spent some time immersed in my thoughts. 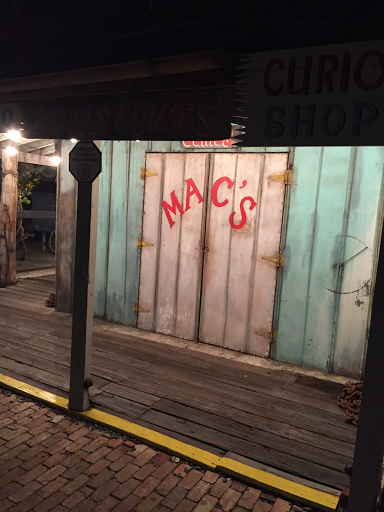 The subject floating around these days is the apparent end, the possible end, the likely end of the Embargo. There are a few cluttered Cuban protests at such an idea but the older generation is dying and the younger generation, used to the comfort and ease of South Florida is pushing for common sense to surface and for relations to be opened up with the Godless Communists across the way. A sailboat race to Havana, officially sanctioned at last, paved the way for this sort of free thinking. The possibility of open traffic and free trade with Cuba in the near future is freaking some people out in Key West. Freedom has that effect it turns out as liberation brings consequences. 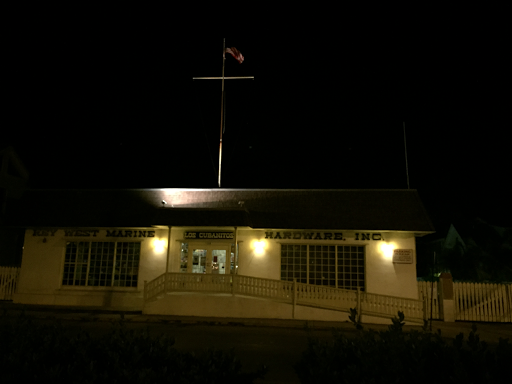 What seems obviously desirable to me causes some people in Key West to worry that somehow the Southernmost City will lose out to tourism in newly approachable Cuba. For my part I long for the day I can roll a motorcycle onto a roll-on roll-off ferry and roll off three hours later into Havana for lunch and a weekend riding actual tropical mountains. If this actually happens I will be able to be in Havana in about the time it takes to get to Fort Lauderdale. And believe me the riding is not all that exciting between Key West and Ft Lauderdale. 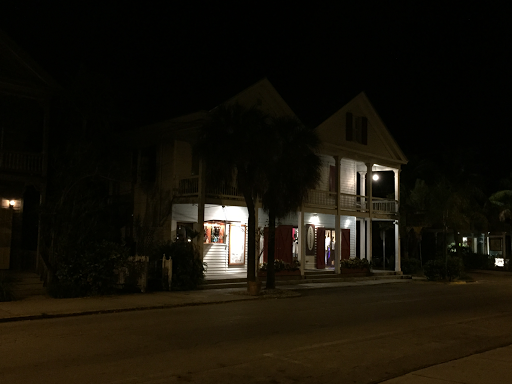 So the argument goes cruise ships will call at Havana, a world class heritage city filled with color light  music cigars and exotic attractions, roll in your grave Meyer Lansky, that will outshine Key West, a  city unable to offer gambling, whores architecture on a  grand scale and historic structures preserved in aspic by lack of money and lack of motivation to sell out and cheapen everything. Havana is a beautiful city they say and no doubt it is worth a  view. 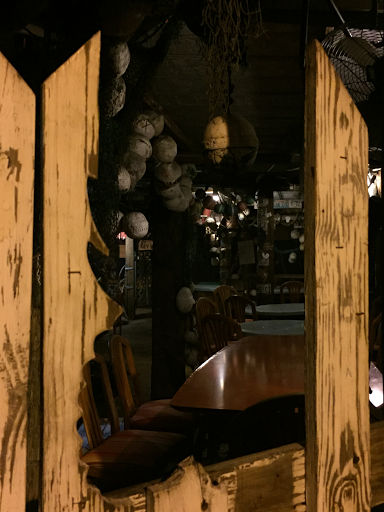 There is however a phenomenon I have noticed about Key West that will I think serve to preserve a helathy tourist trade on this side of the Straits of Florida. Key West has never really been the jumping off point for adventures due south. Certainly some people jump off from Key West to explore the Caribbean but for most people here in the city, this is the adventure, as much adventure as they can handle. Adventure in Key West is measured by image not necessarily by reality. Key West is, let's be honest, a safe adventure which is a contradiction in terms. Nevertheless its a very real contradiction. 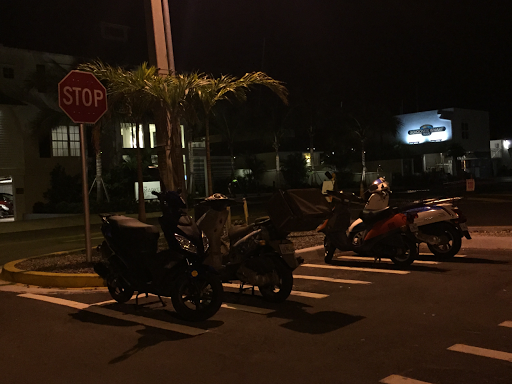 Key West is by definition exotic, a  city blessed with tropical weather that creates an ambiance unique to the mainland US. Key West has coconuts and history, alligators and mangroves, Bohemia in English and familiar currency. Here you can safely view men dressed as women, you can ride a scooter secure there are American medical facilities nearby, cab drivers are regulated and the police speak English and don't take bribes...this is a safe place to drink and get drunk, to go parasailing and sunburn, this is home or as close to home as you can get and still feel abroad. Key West is the Disneyland of foreign exotic travel. It's make believe on an island that is a peninsula, tropical in the sub tropics,  Caribbean in the Atlantic and only as laid back as high expectations of modern service and facilities will allow. 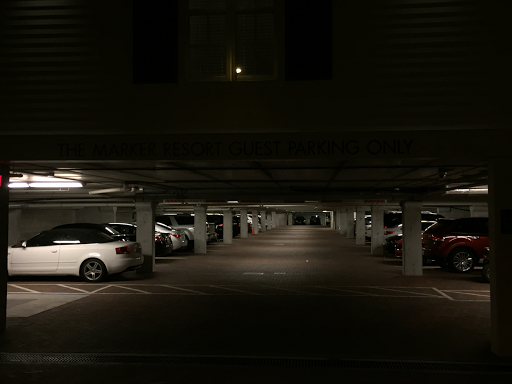 Havana by contrast is the real deal. They use weird money, speak foreign, have a dictator and are genuinely oppressed Over There. Sure things are changing but I remember when my wife and I went sailing in Grenada a full decade after Ronald Reagan's War people in California looked at us as though we were crazy to take such a "risk." Were Cuba to melt down next week and embrace religion and democracy and Freedom next week I dare say in a decade from now the timorous among travelers, which is to say the majority, would still fret about their safety in such an alien environment. 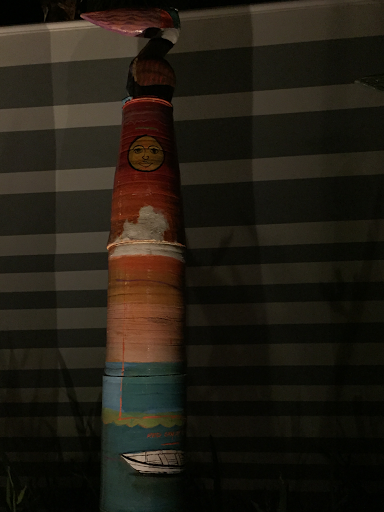 And so I doubt Key West is suddenly going to become a tourist desert when cruise ships can cruise to Havana and when flights will be opened up to all operators, not just the Cuban Cartel in Miami which charges disgraceful fees to ferry distraught families half an hour across the water. I don't think all those Citizens of the Day in the newspaper with their well scrubbed Mid Western innocence will suddenly decide that their Indiana blood is ready to seek out adventure and profit at the Floridita or the Fabrica de Arte Cubano or see them guiding ghost tours in English from the Hotel Nacional. Nor do I believe that the people who enjoy secure adventures with predictable outcomes will flee Key West to take a buggy ride on the Malecon over a pedicab on Duval. 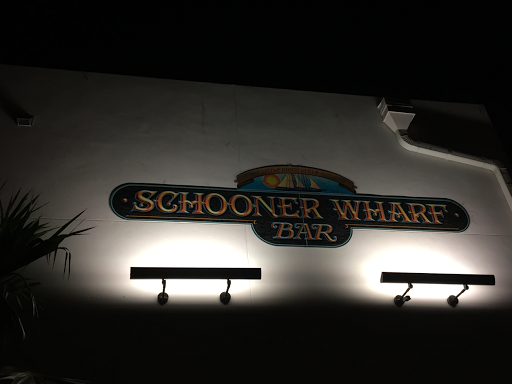 This is of course all idle speculation at this point as everyone is busy telling us that substantively noting has changed yet and travel to Cuba is still severely restricted for us peons of freedom in the Land of the Brave. But I am going to bet not much will change here, If I were organizing cruise ship itineraries I can see no reason why a ship from Ft Lauderdale could not include both Key West and Havana on its way to Mexico or Grand Cayman. Indeed I see no reason why winter visitors with a bit of spunk might not want to puddle jump to Havana for a weekend and why stores on Duval might not sell Cuban stuff legitimately and everyone makes a living. 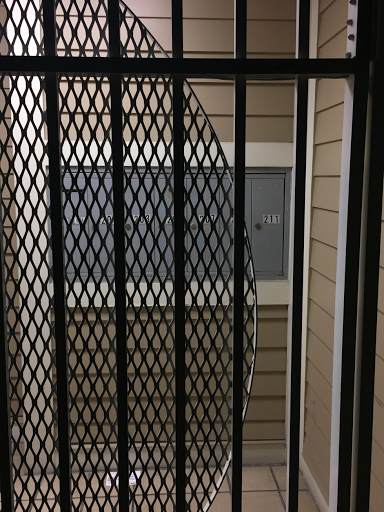 Honestly I find this fearfulness tiresome just as I find the general vague and politically induced  fear of terrorism to be craven in country that used to pride itself on being afraid of nothing. So what if Key West faces some serious competition? Does this mean we will have to have a serious conversation about an actual real vision for the city? I think stronger leadership might actually be a good thing if it brings purposeful change to this city. The constant withering decline in the unique factor, the presumption that money will always roll in no matter how  much tacky-ness litters the streets its not a good thing. Key West needs to guard against becoming a cookie cutter Florida city like Naples or Sanibel where every last vestige of anything interesting has been trampled by lust for money. But at the same time perhaps the Southernmost City could actually take an interest in preserving its impressive architectural, social and cultural heritage. I don't  think the oldest house is improved by having drunks piss on it or by being forced to live with crude wit-free t-shirts that mistake vulgarity for humor. Anyone who thinks Sloppy Joe's has any connection to Hemingway the writer will probably need to check out the real bar he propped up in Havana.. Or check out the home he adored at Finca Vigia. Cuba gets criticized for not spending money to sustain its monuments. Well, perhaps that's one way to preserve history compared to what we do to it. 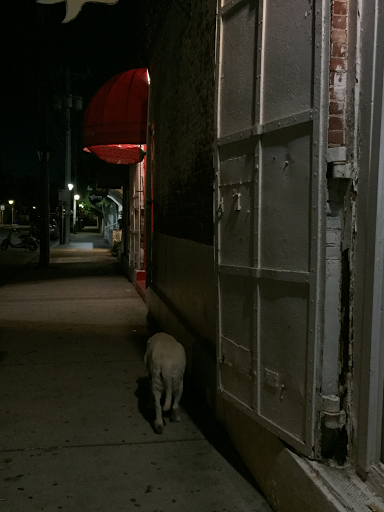 Opening up Cuba is the right thing to do and managed properly will be  a good thing to do  for Cuba, the US and the Conch Republic. Time to get on with it and let's be brave and enjoy the change.
Posted by Conchscooter at 12:00 AM 2 comments: