To say the word got out would be an understatement. In times like these a hot meal served without fuss or delay is a life altering experience and people lined up for a slice of that. 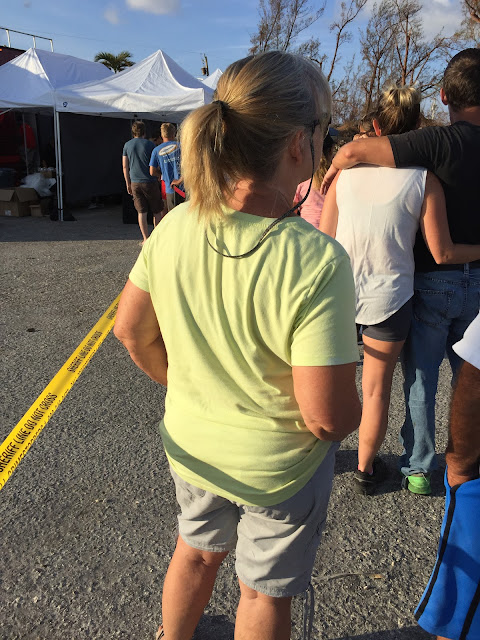 I compare our situation to that in Puerto Rico and the Virgin Islands and aside from wind strengths and construction codes one has to be grateful for the Overseas Highway. Also that it stayed mostly intact and the places where it didn't were quickly fixed. So we were lucky to get to meet the new Denny's disaster food truck. Seen here dispensing buttermilk pancakes and coffee to survivors. It was a truly simple yet great thing. 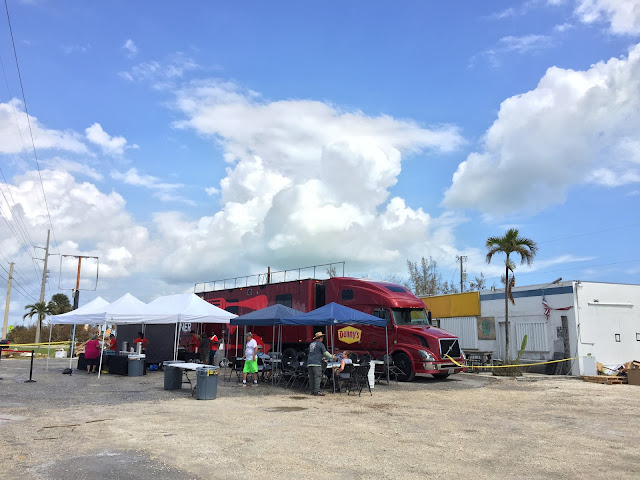 I ate at Denny's  all the time when I first came to the US in 1981 and rode coast to coast on a Vespa P200. I had never seen such a  place before with huge menus and over the top descriptions of food that sounded too good to be true to someone not used to rhetorical flourish in day to day use. I ate the Grand Slam Breakfast all over the place and pancakes and bacon and eggs set me up for the day's ride. I've always had a fondness for the quintessential 24 hour diner, much more so than bland fast food eateries which hold no nostalgia value for me.Denny's was the American diner only ever seen at the movies.

So to be served free food by smiling clean people in a fast moving line was really quite amazing. The offerings were smart and simple: pancakes bacon and hot coffee and cold water. Stand in line with hands outstretched and a few minutes later you got a seat all to yourself. Easy and fast - and free. It was so nice we came and ate here twice at Mile Marker 15. 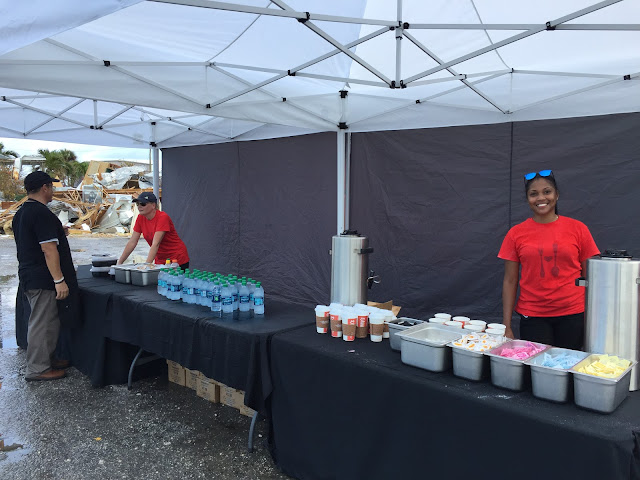 In the photo above the lady on the left took a  few minutes to tell us about this eighteen wheeler serving food. She said it was a new idea dreamed up at Denny's headquarters in South Carolina after they saw the damage inflicted by Hurricane Harvey in Texas. I guess the food truck craze must have struck somebody because this is probably the world's biggest and it has to be the most organized. 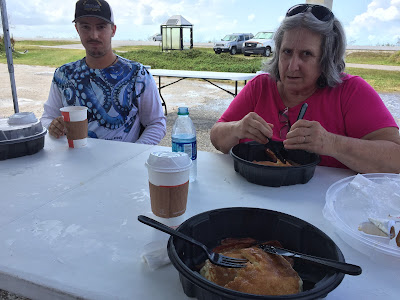 It's hard to explain how much this gesture meant. 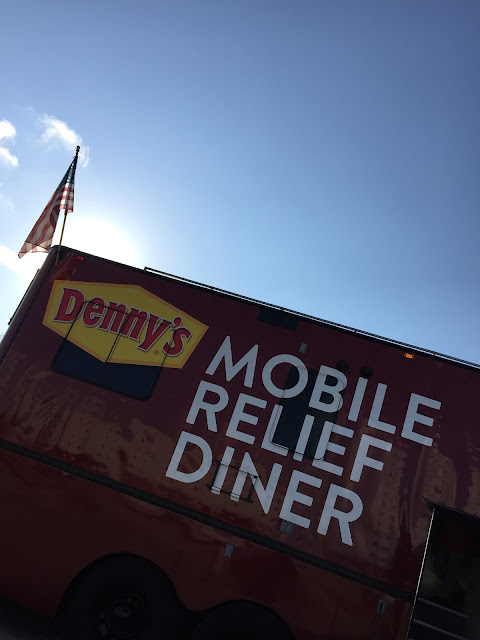 But I'm not going to forget it. And in a world gone mad with fear and aggression and deprivation a plate of hotcakes and bacon makes a world...of difference. It's not a cure for cancer but it is a cure for the blues. At the moment you can't ask for more. 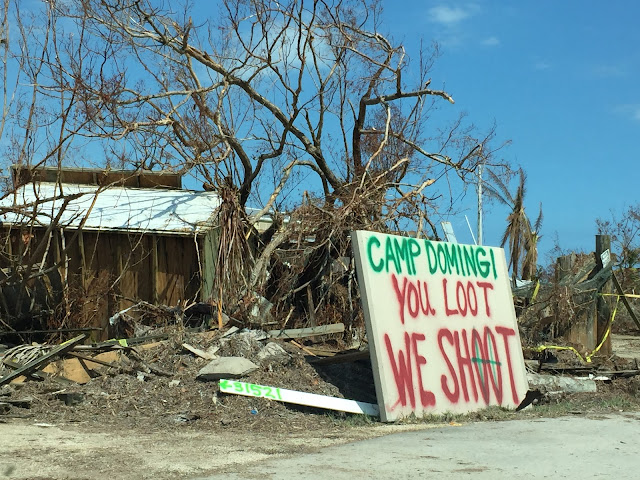 Next stop Denny's said was Immokalee. Lucky them, lucky us.
Posted by Conchscooter at 12:00 AM 6 comments: