You have to drive at least 800 miles from Key West to find a hill, or at least a piece of high ground 500 feet above sea level. Basically go due north, pass Atlanta and get into the Blue Ridge foothills, around Dahlonega. So if your idea of scenic involves winding roads and hills and valleys and Alpine rivers and so forth, Florida may not be the state for you. Tamiami Trail across the Everglades is considered scenic around here. 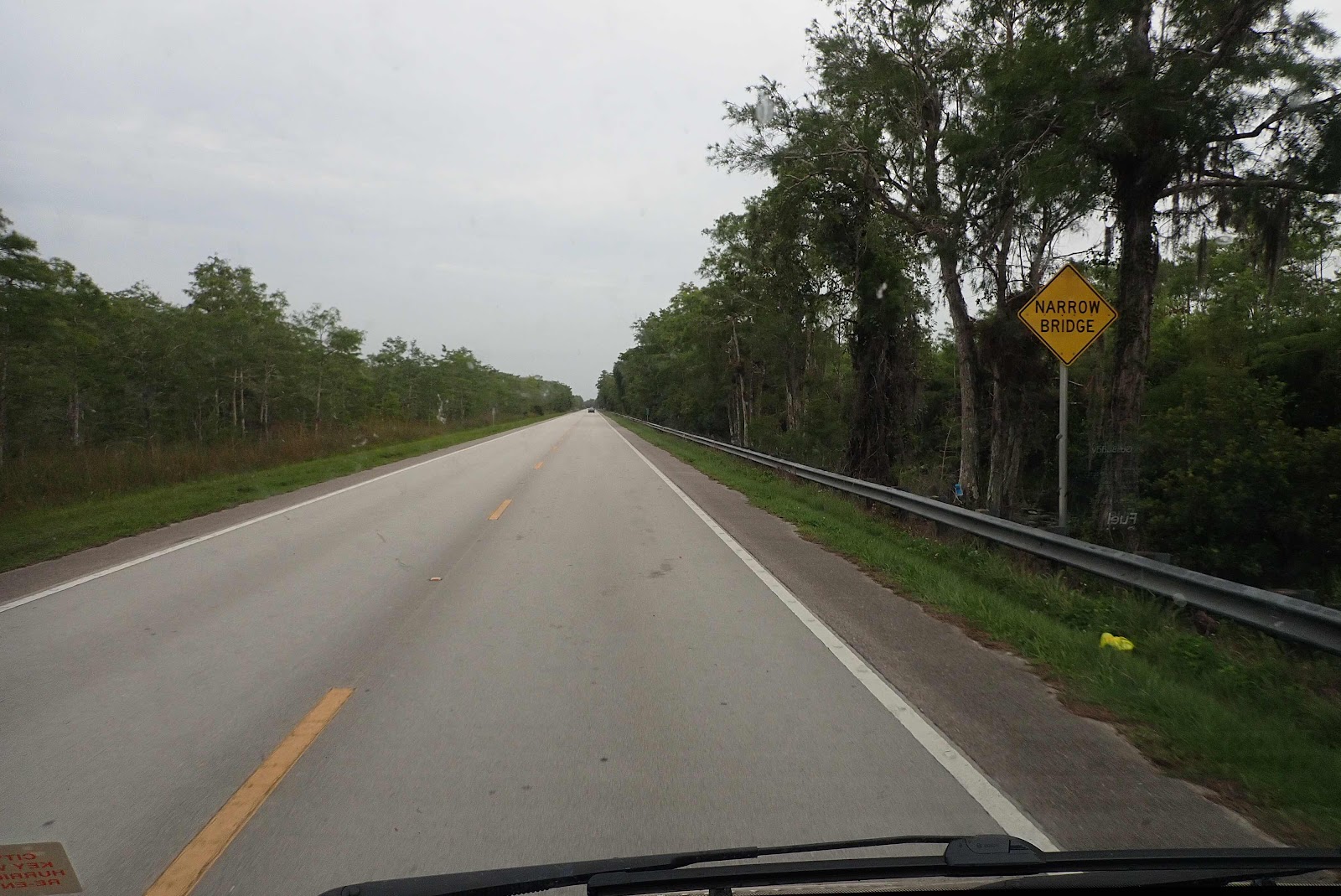 Fishing is as popular here as it is in the Keys and there is a canal running alongside the road. If you want to see actual Florida alligators you might spot one along here but you need to take Loop Road, a 24 mile dirt road easily driven in a sedan, or you can stop at Clyde Butcher's Gallery where there is a gator in the pool next to the parking lot. 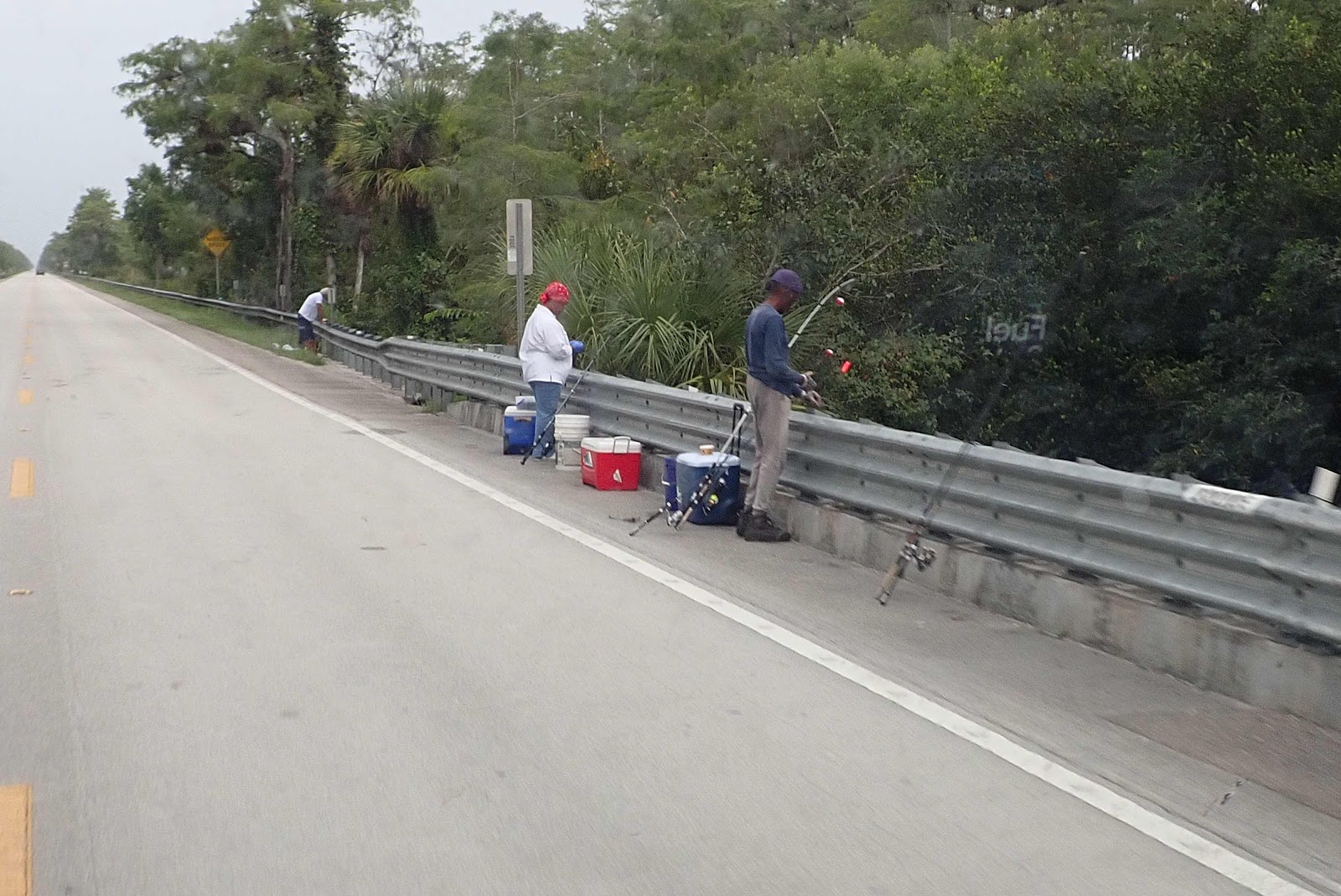 Cell service is mostly available on Verizon though its not as strong as along the freeway to the north. There is a Miccosukee gas station at the eastern end and another gas station at the Naples end of the trail at a junction called Carnestown (no actual town visible!) so this is not desolation in case you were worried. 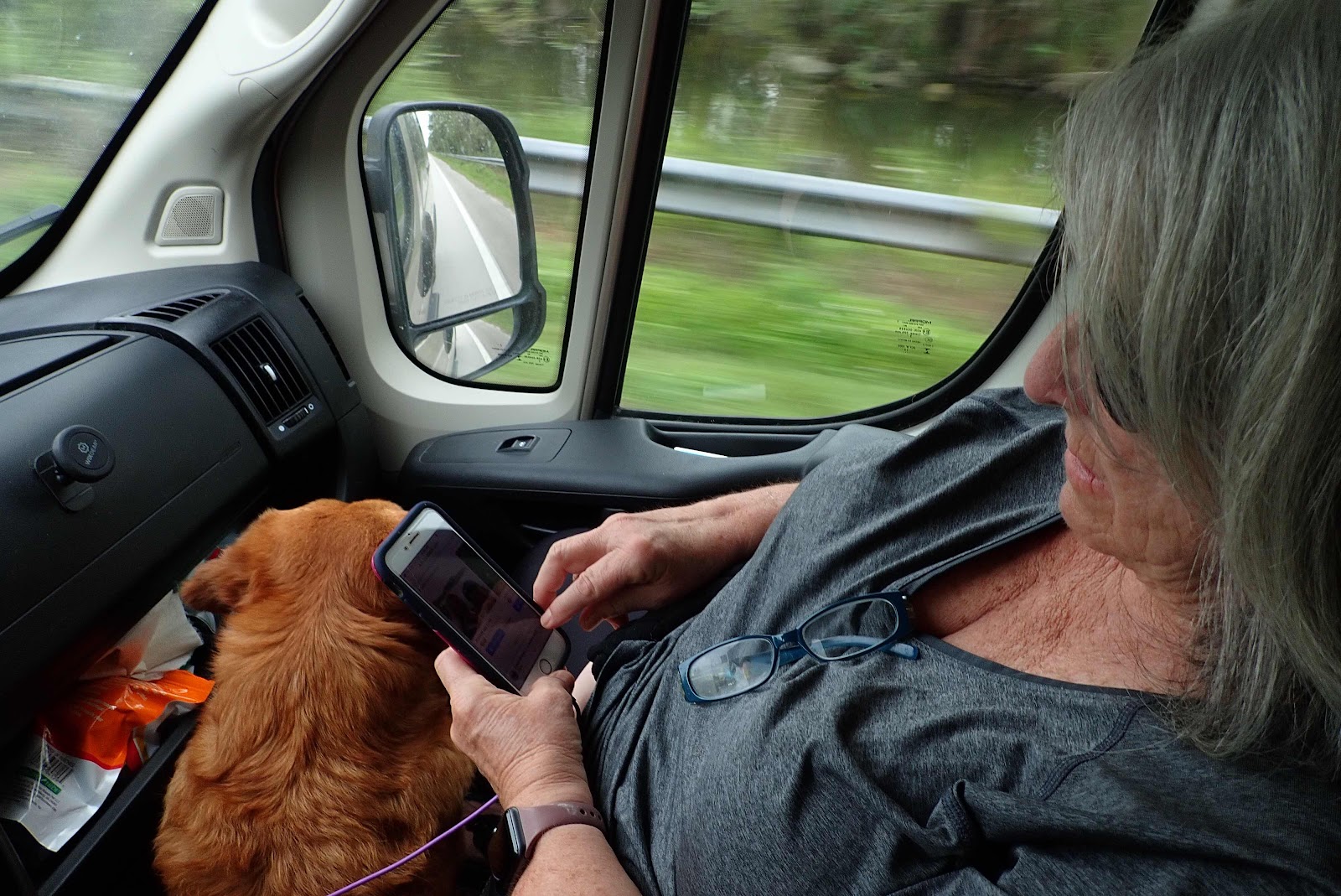 The Miccosukee Tribe live around here adding a little extra color to the proceedings.  They guard their privacy behind fences along the highway and the road is patrolled by white police cars with the classic red yellow and black stripes of the tribal colors. Speeding is not advised speaking as one who has avoided a ticket here since about 2001 when I got a 60 in a 45 zone at two in the morning when I wasn't paying attention. I've paid attention ever since here and on Alligator Alley. 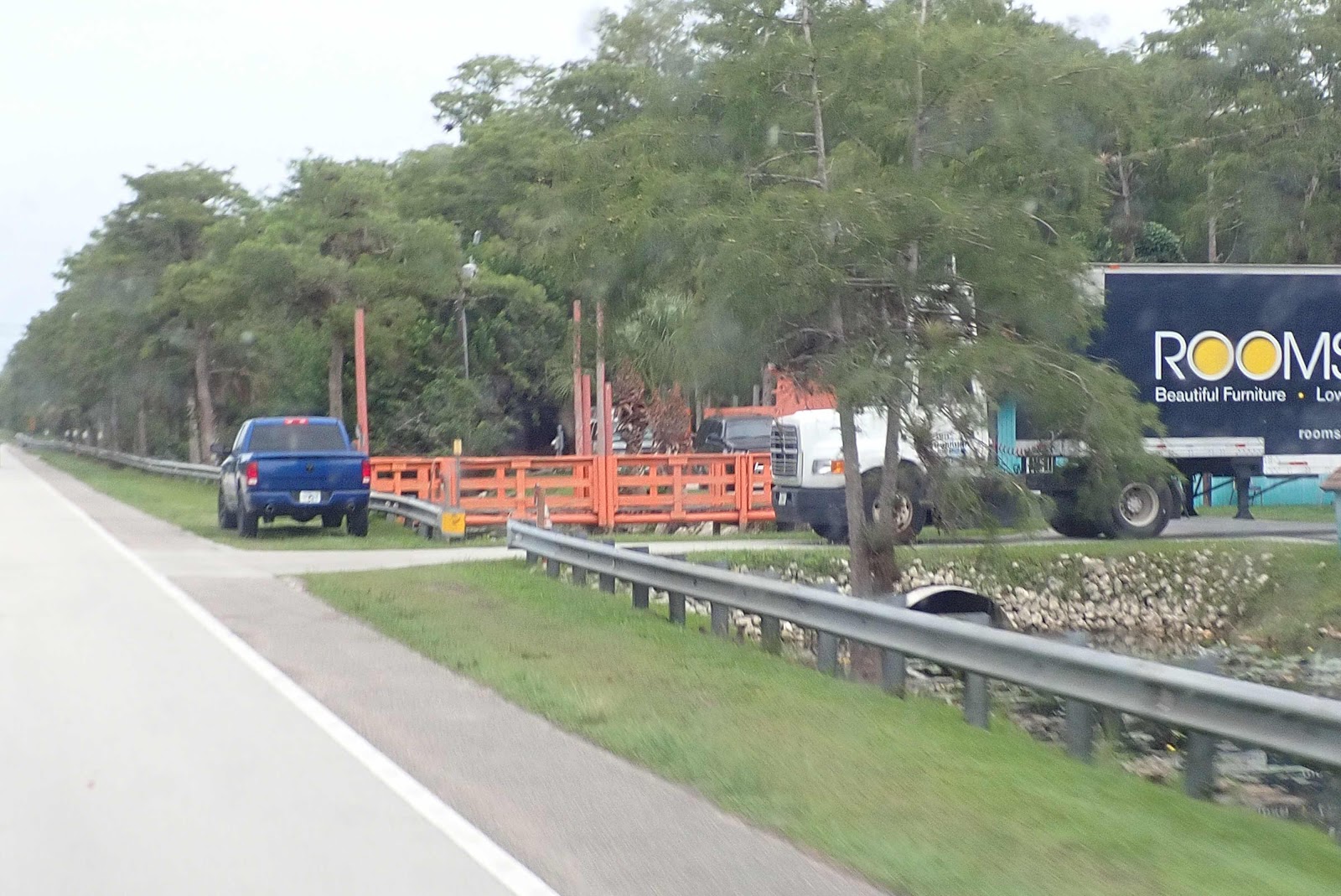 There are assorted national park and preserves around. here with camping in what are essentially fields in the middle of the cypress forests. They are closed in summer when heat humidity and mosquitoes rule the Everglades. 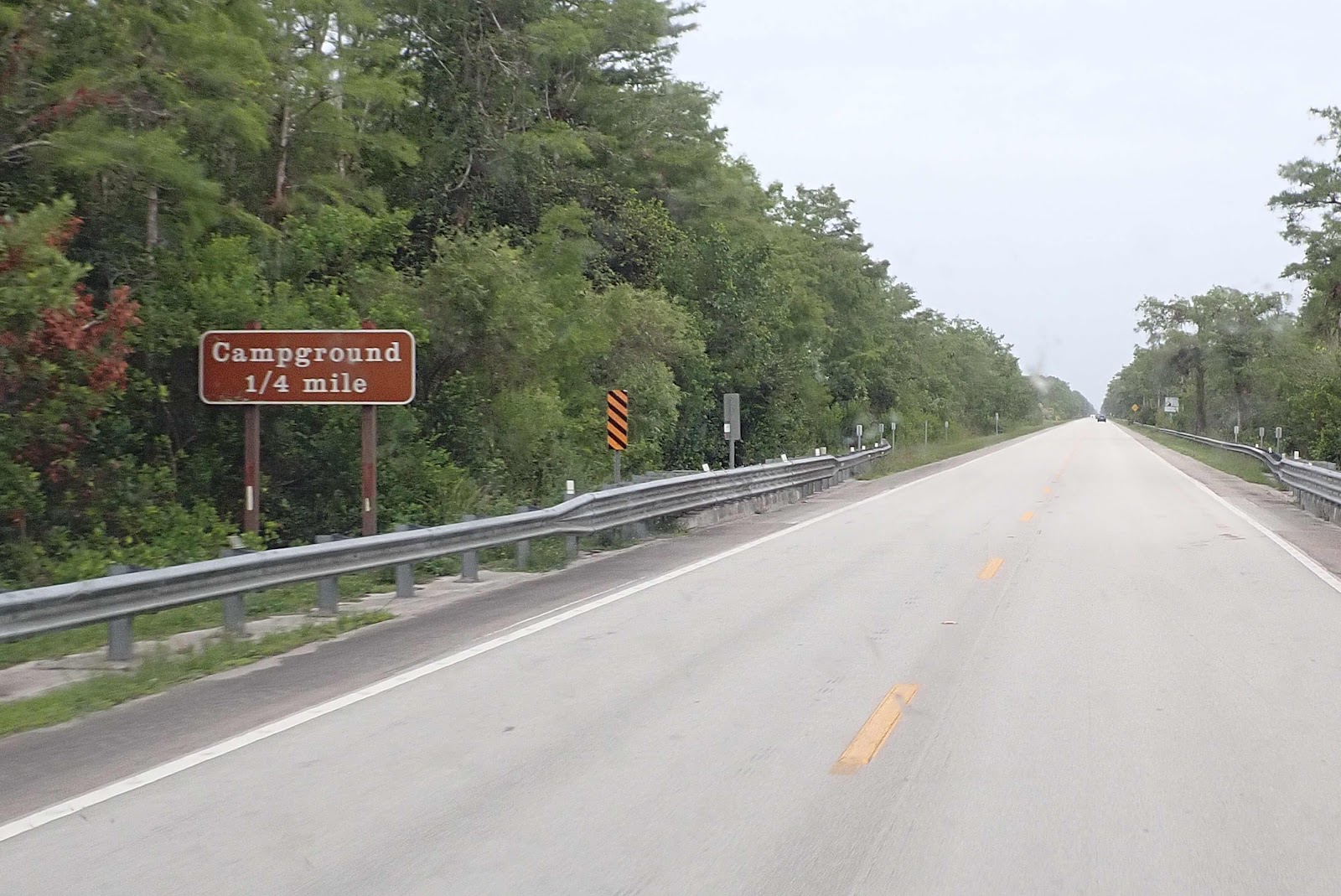 Monroe Station marks the point where Monroe County extends furthest north onto the mainland. There are half a dozen families that live along Loop Road whose county seat weirdly enough is Key West and their relations with the Miccosukee were highlighted in 2013 when the tribe closed the east end of Loop Road as a "precaution" forcing the families to drive the long way in and out which they did with the sort of airing of grievance you might imagine was clearly reported in the papers. 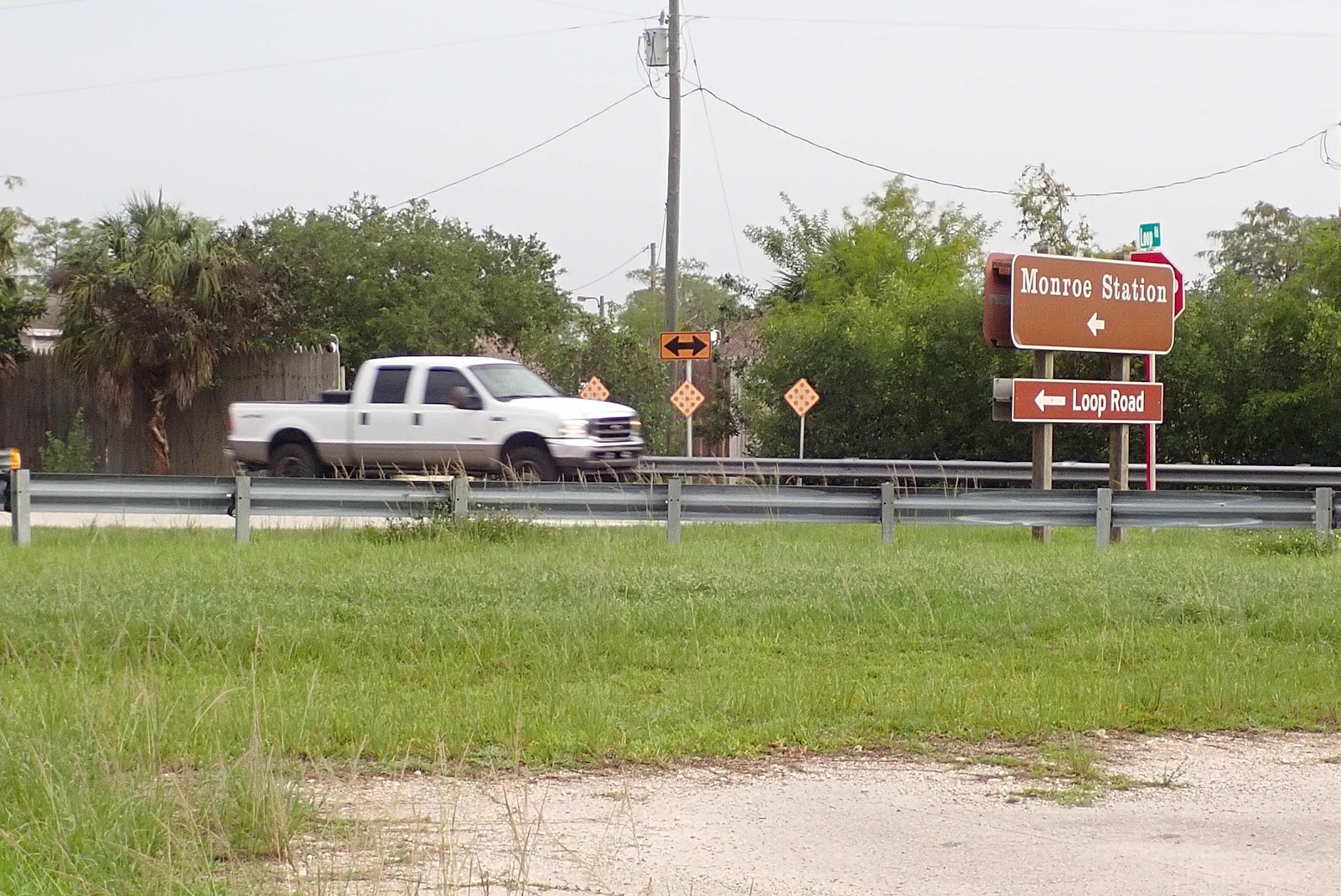 The Monroe Station, a stop along the road much valued in the mid 20th century has finally been torn down and replaced with a parking lot. I think there was a song written abut such practices but Joni Mitchell isn't around to point it out. The big wooden building, crumbling for decades is gone. 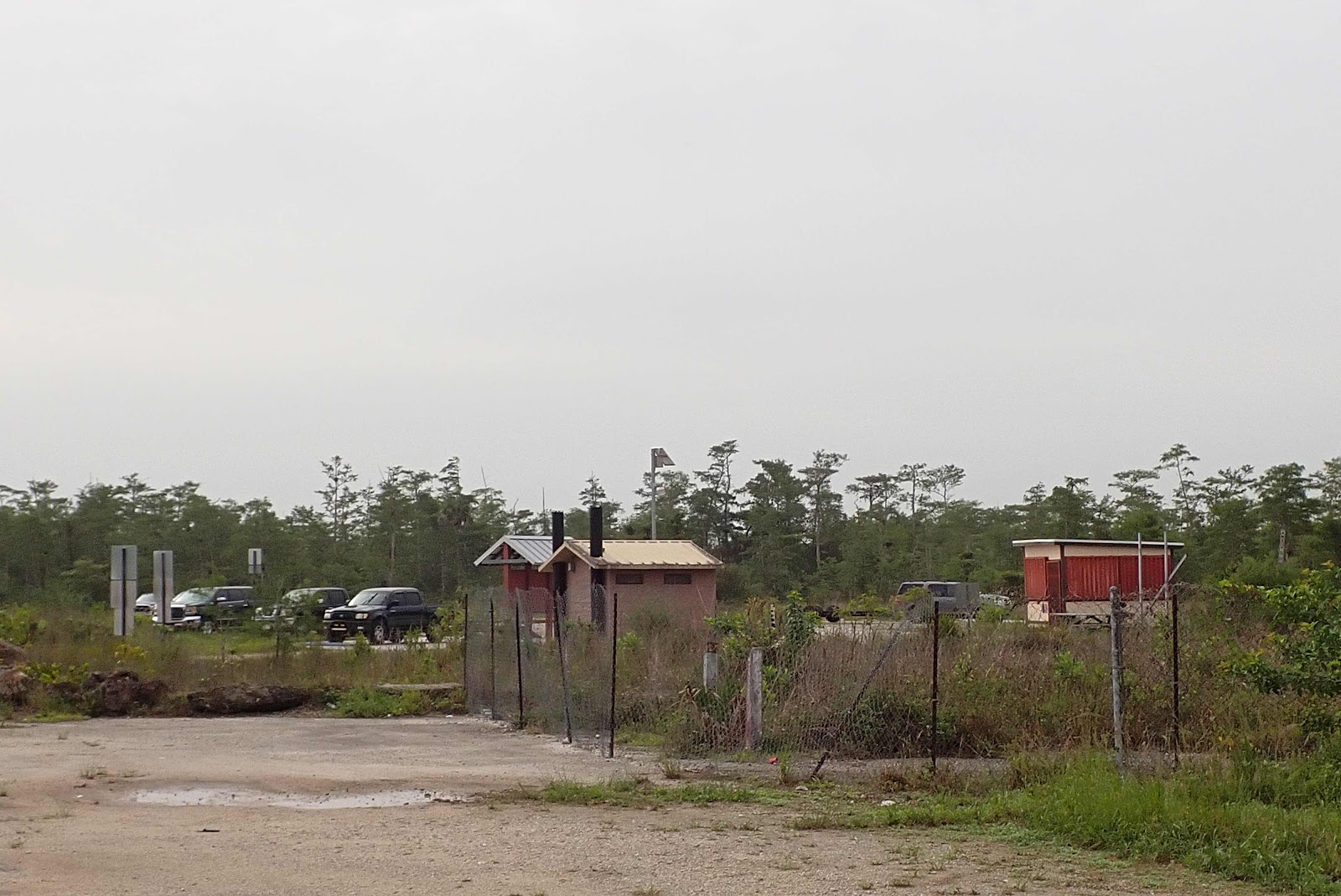 There is a closed off parking lot of some sort but we found room to park the van and air out Rusty. Tamiami Trail was the only road across South Florida for a long time. Alligator Alley was completed as an interstate in the 1980s and I remember the join up of the two halves. The work to build this road was dreadful from Barron Collier's Naples end to Miami through swamps with dredges and wood cutting and fever and all the usual struggle to build in the wetlands of South Florida. But they persisted. 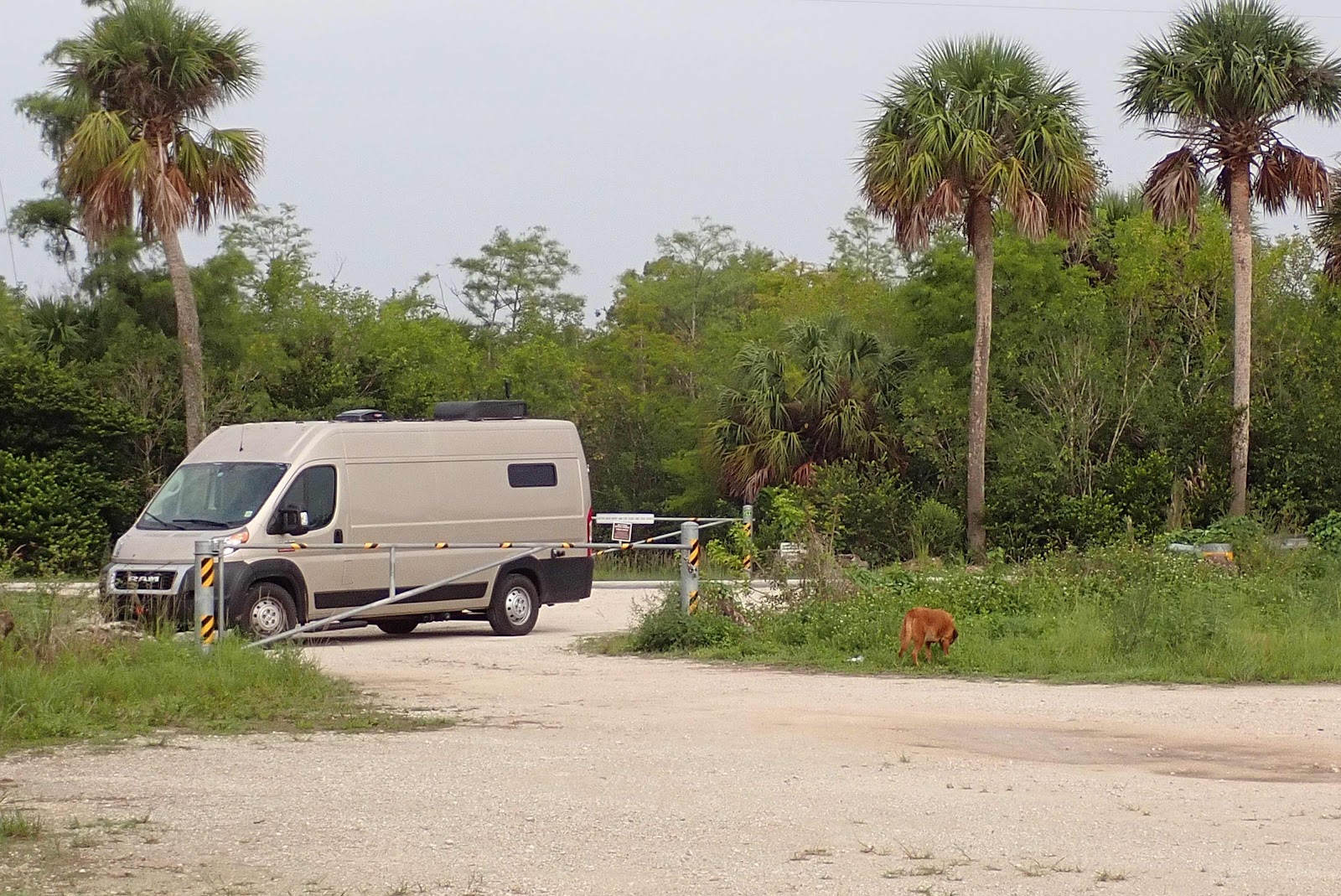 Hard core off road vehicles crossing the highway to adventures further north. They waved as they went and looked ready for fun. I trust they were covered in deet. 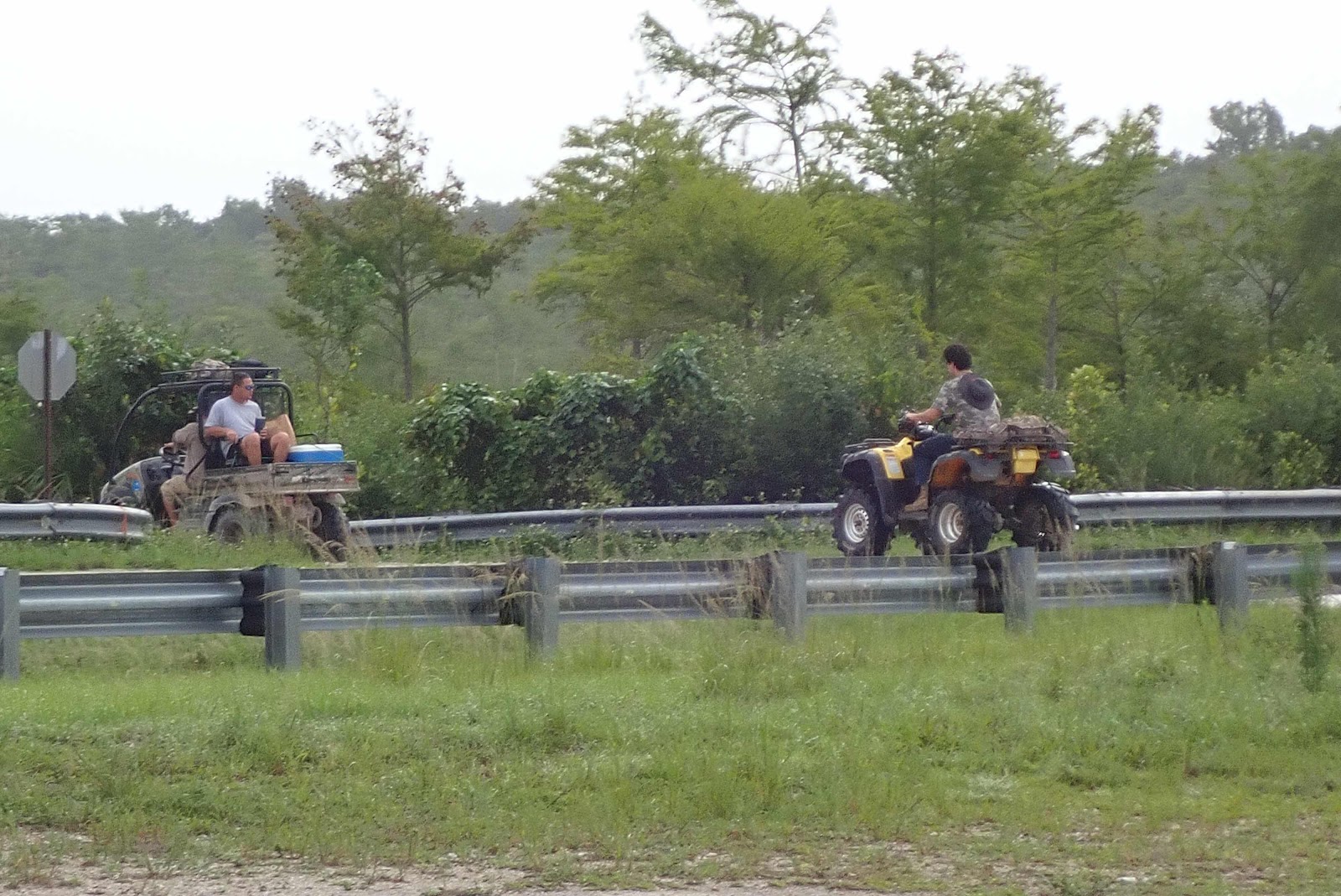 Apparently you can buy a permit to park your tow vehicle here and with the permit comes a gate code. The last person to use the gate followed the instruction to please put the lock in upside down which I suppose makes it easier to read. 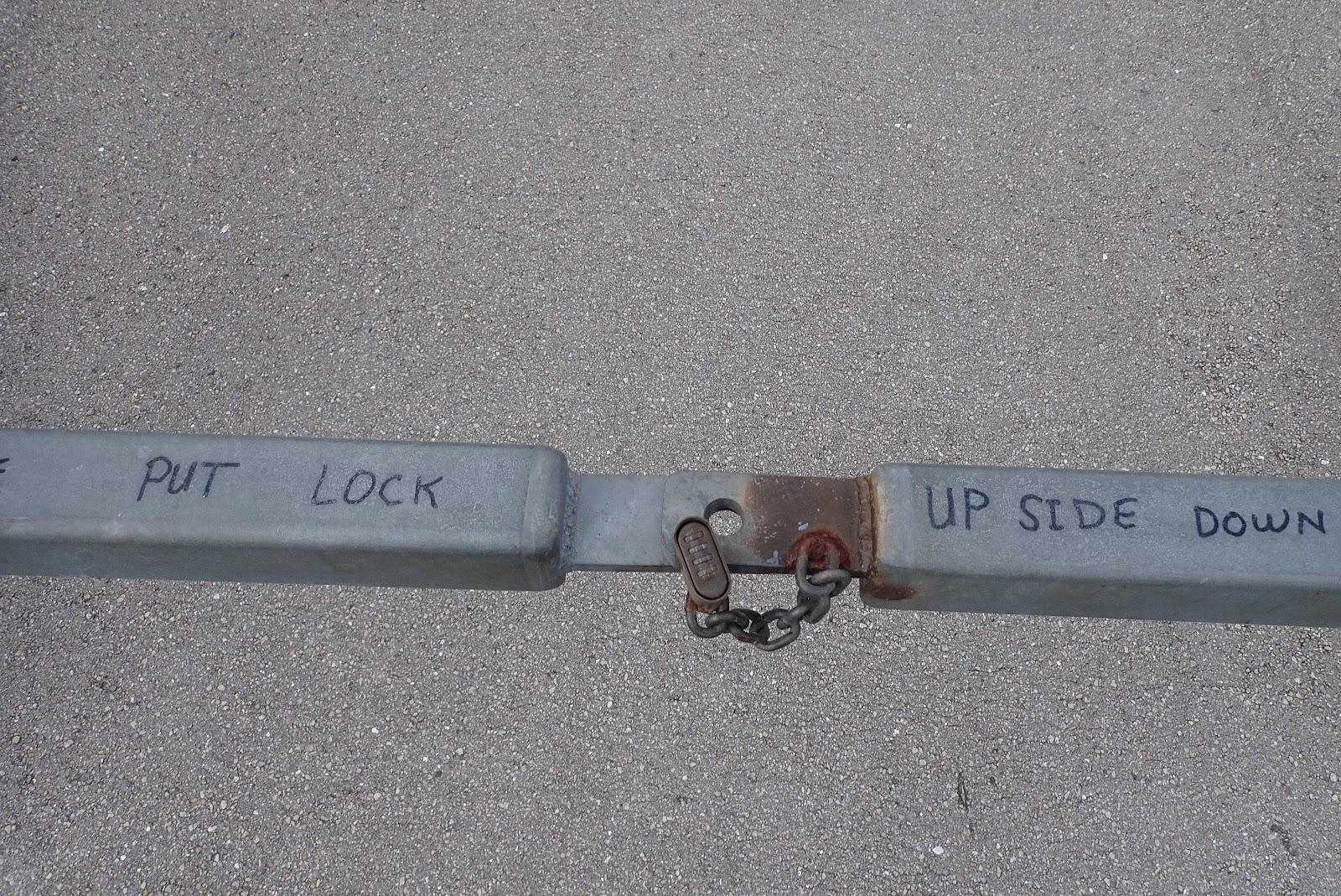 A popular spot on a June weekend. 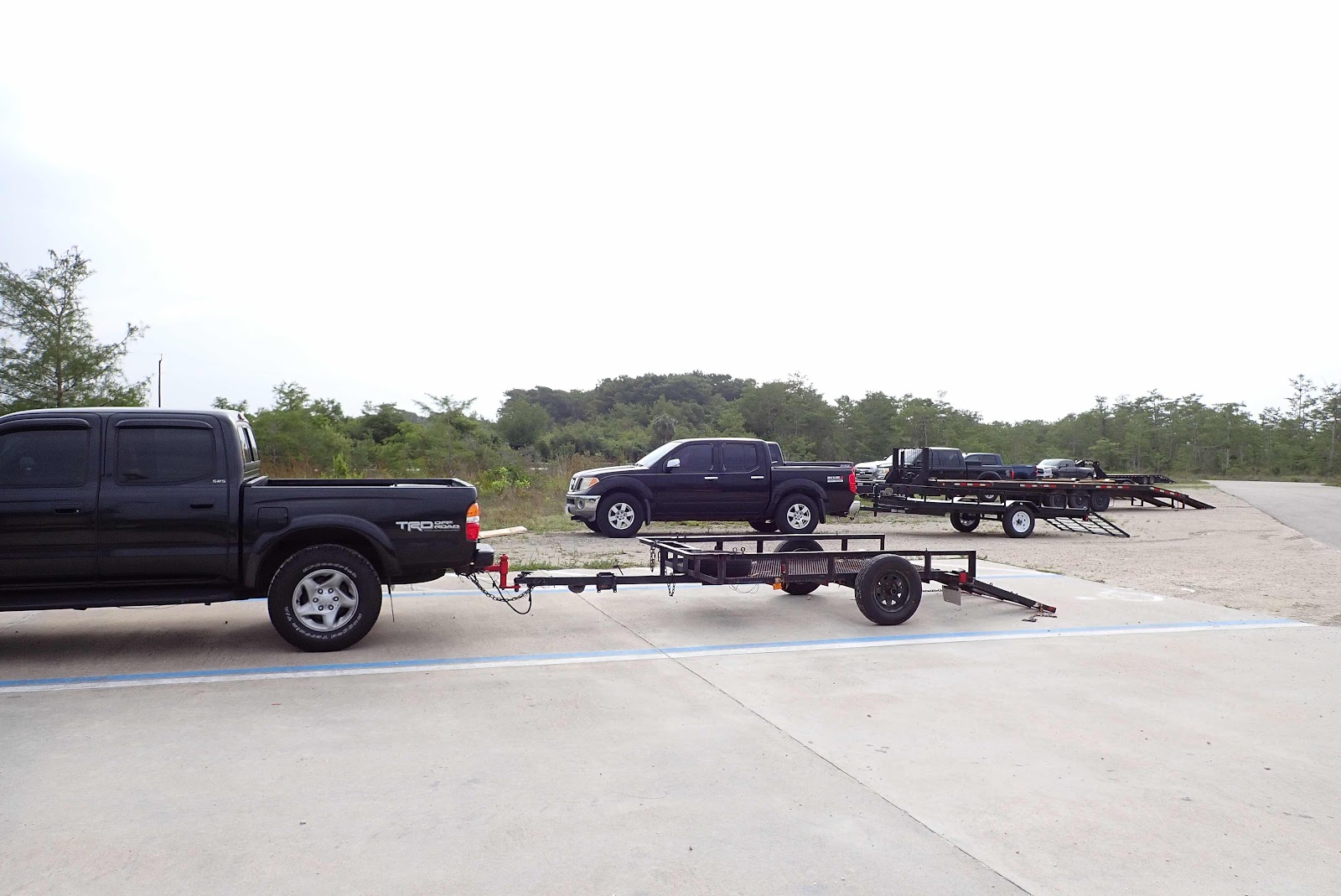 I found the plea in the pit toilet a useful reminder that common sense isn't so common. Pity the person who has the task of removing the trash... 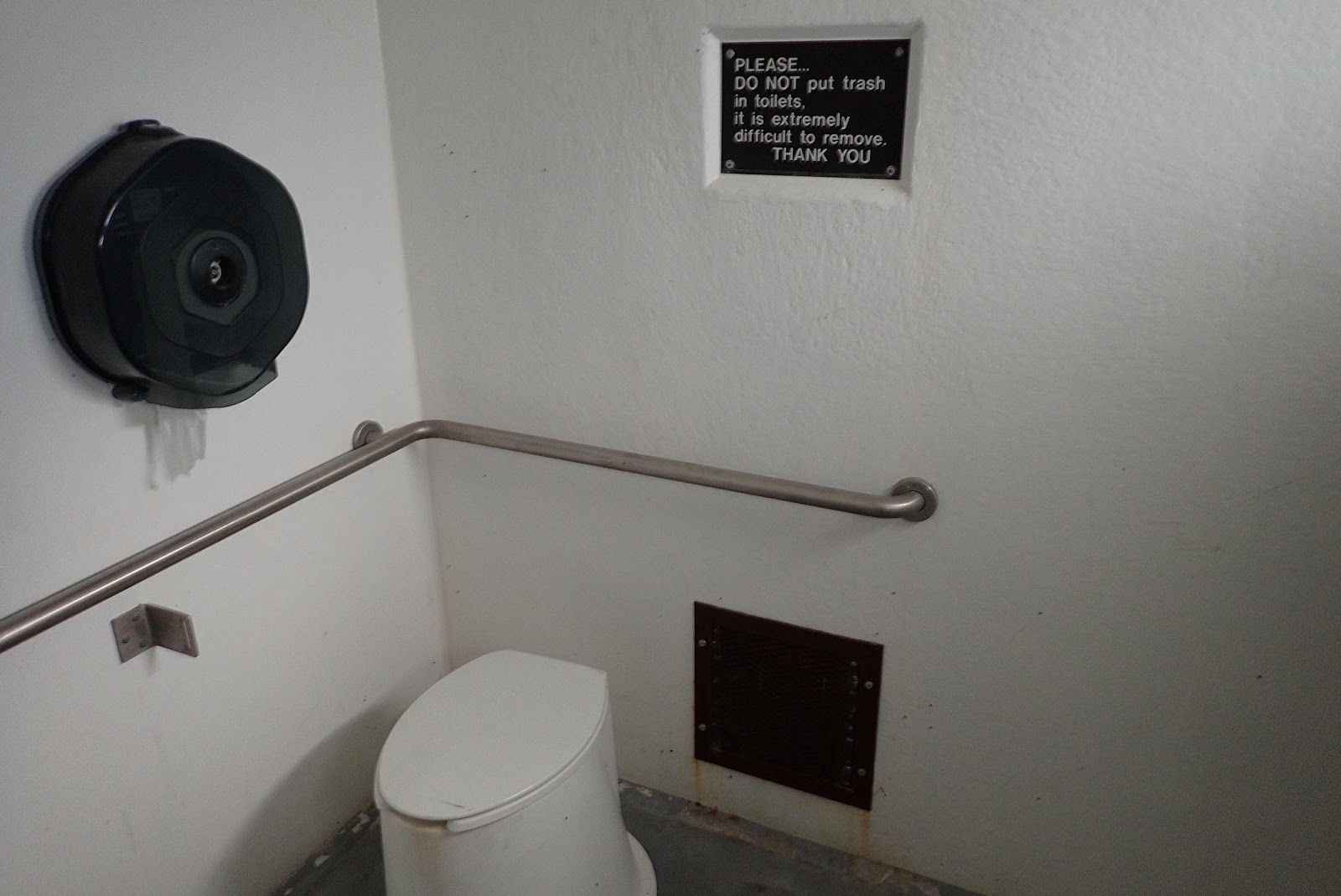 There is an exit only road back to the highway which has not gate but I don't see the pleasure of parking in this desolate spot anyway but we had a good look round as you can see. 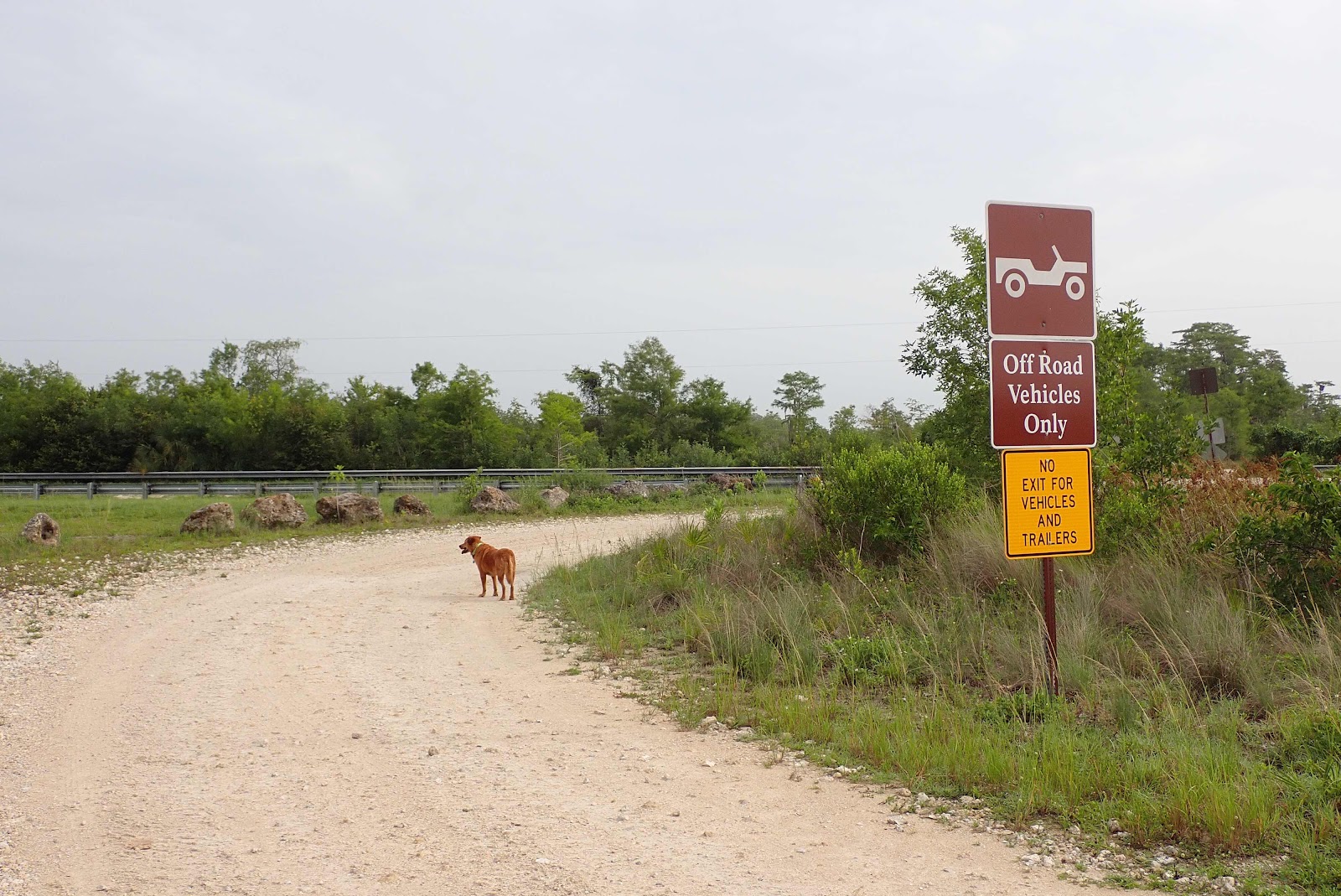 Some neighbors waiting for catastrophe to strike along the highway. Someone's road traffic accident is someone else's lunch. 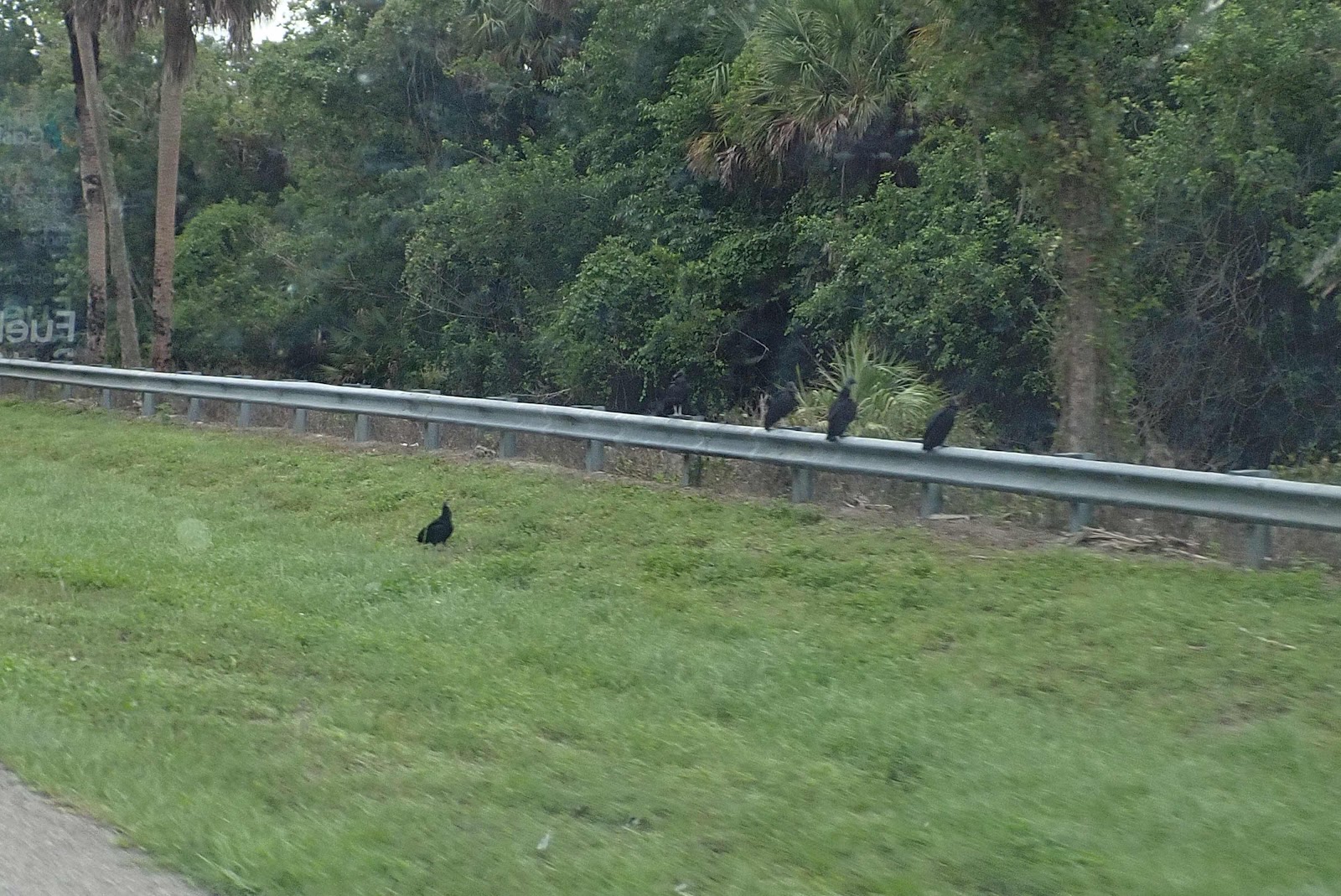 On the road again. Winter travel here opens up dry season trails, restaurants in the small communities around Goodland and Chokoloskee and camping when the heat won't strangle you. Drive it at least once if you are in South Florida and buy a small Clyde Butcher print to remind you of the wonders of the place. You can buy them large enough for the foyer wall in your mansion or small enough to fit in the camper van. Ask and I'll show you mine. 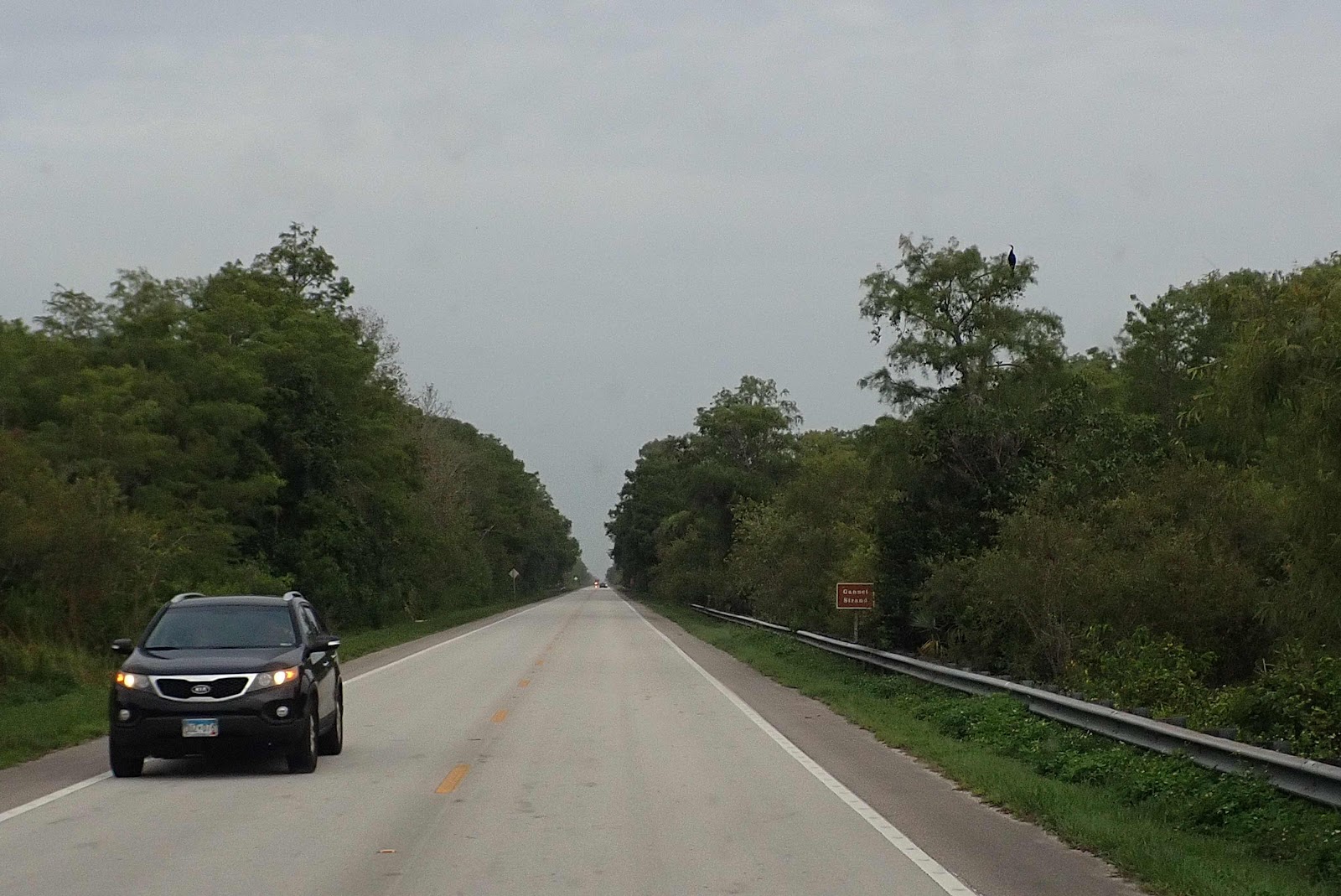