I figured an early morning walk in Key West would be pretty quiet on the Bridle Path before six in the morning. Hardly, there was constant traffic back and forth on South Roosevelt. 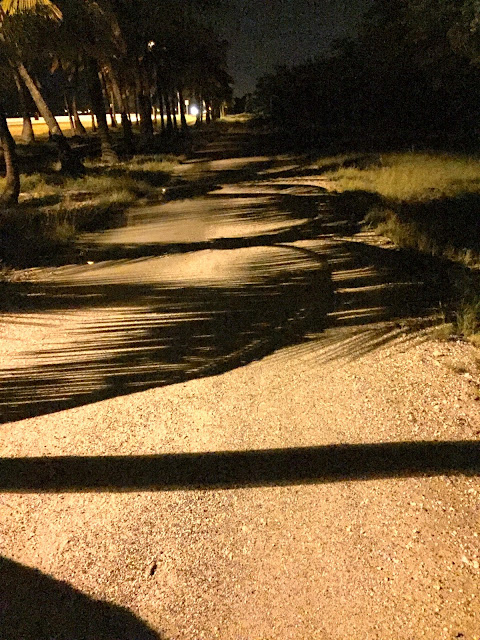 I was thinking how Key West is supposed to look when we got into Old Town. Like this picture below but I craftily cut out the air conditioning units in front of the buildings and the garbage cans and empty pizza boxes... 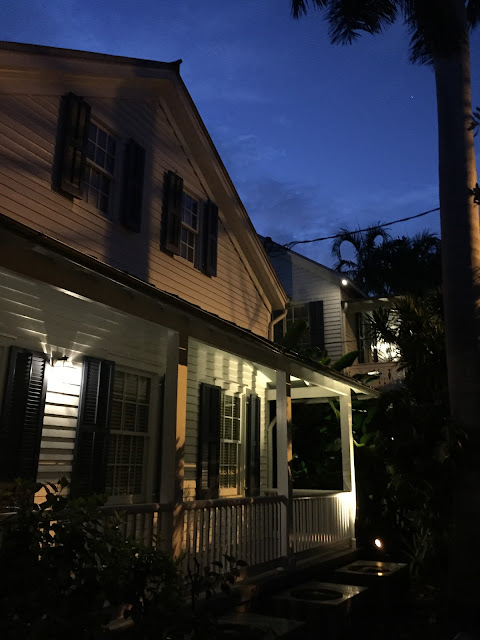 Life is Good. I had just passed a double amputee sleeping on the sidewalk. I think he was sleeping alongside his wheelchair but I wasn't sure so I refrained from taking his picture. Then I saw this: 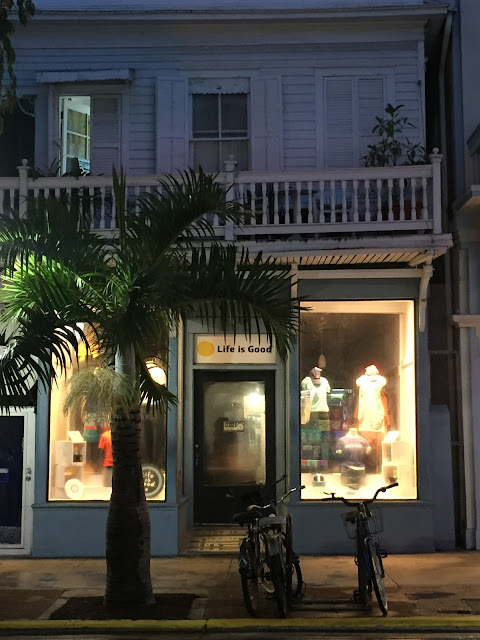 The former Cuban Consulate always looks good on the 500 block of Duval in the early morning sun. I have been seeing rather crappy comments about visiting Cuba before American tourists ruin the experience. Frankly it's just one more reason not to comment on Facebook. I dislike it for several reasons:

Firstly if you want to go off the beaten track in Cuba even after mass tourism arrives you can always find your way far from the chain restaurants and stores that will be bound to show up in major tourist destinations. Secondly visiting Cuba right now smacks a lot more to me like exploitation in a country where women and boys prostitute themselves for foreign currency, and where the tourist has more than usual opportunity therefore to take advantage of a society surviving on very slender means. I have traveled in countries of extreme poverty and I can't say I particularly enjoyed being the richest man in town. I have no plans to go to Cuba until things settle down a bit. And even then I'm not sure how much it will appeal. I saw the Soviet Union before it collapsed and I'm not keen to spend money in another worker's paradise for now. 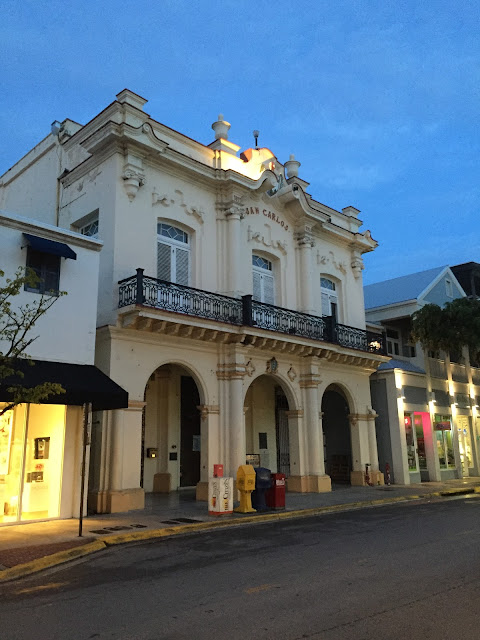 On the subject  it would take a year's pay at official rates for a Cuban to go shopping in here. It seems life is either poverty stricken or conspicuous consumption. Very confusing. 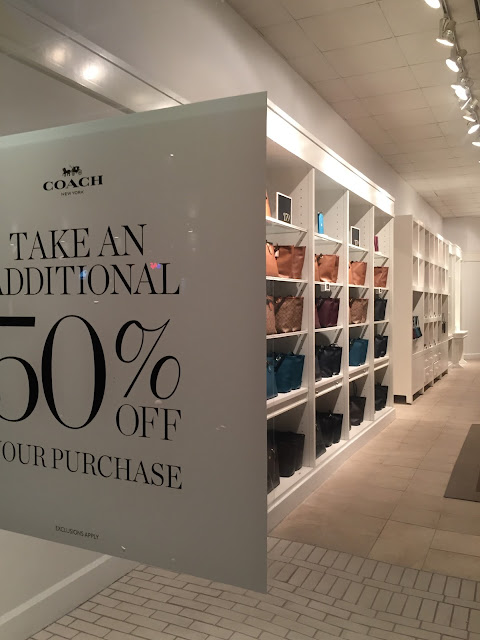 Silly isn't it, but I still think of Fast Buck Freddie's especially when I see CVS open all night in the old Kress Building. 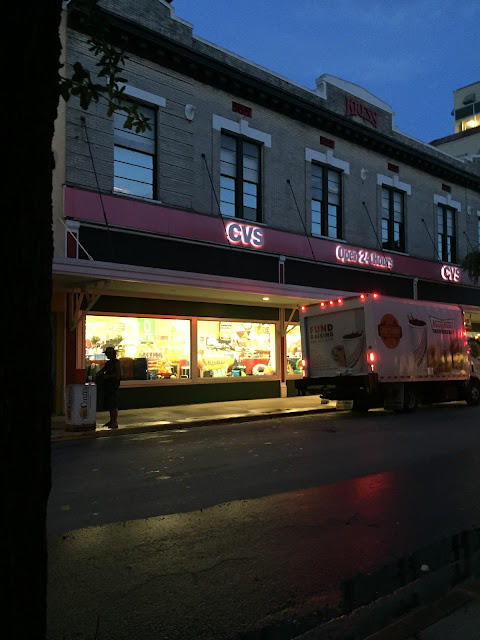 I liked the architecture here on Caroline Street but I loved the huge sign. 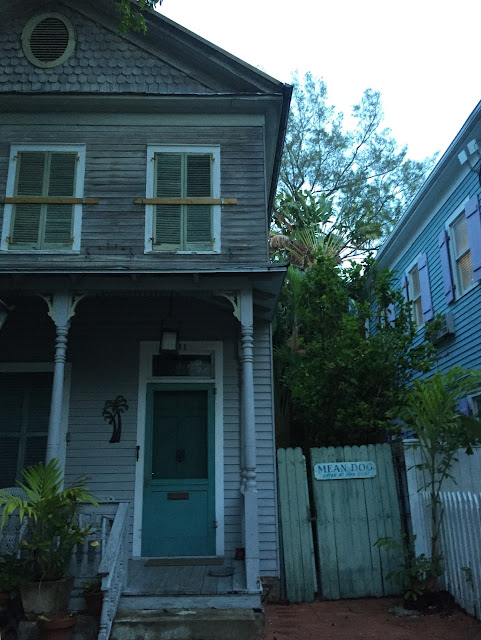 And this sign always provokes puzzlement and well it should. The permit scheme it refers to on Elizabeth Street has long since been replaced, several times, by new efforts. Residential permits at the moment are required to park in spaces marked residential. If you have property or reside in Old Town you get a sticker. Otherwise you have to pay for one. Ignore the sign. 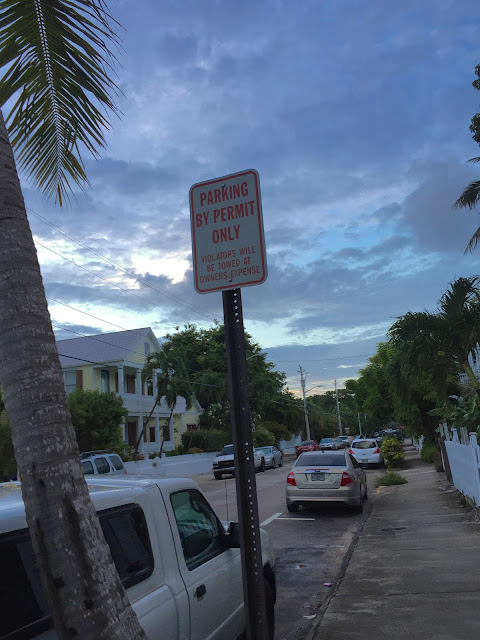 Key West confusion; long may it last.
Posted by Conchscooter at 12:00 AM No comments: