A strange week of weather these past few days. Winds blowing from the wrong direction, west not east, north not south, bringing cooler air and heavy rain. 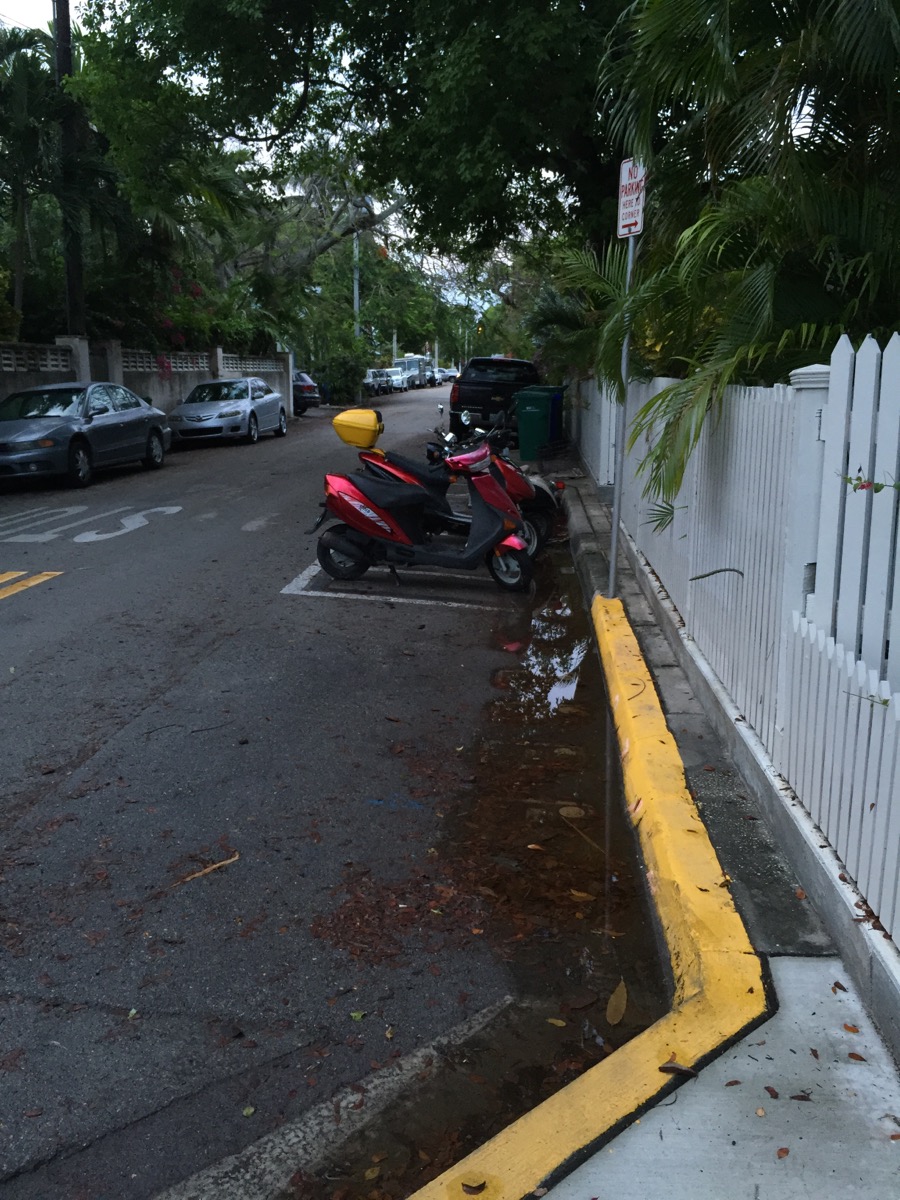 Key West looked bedraggled if you could see past the bright splashes of color: 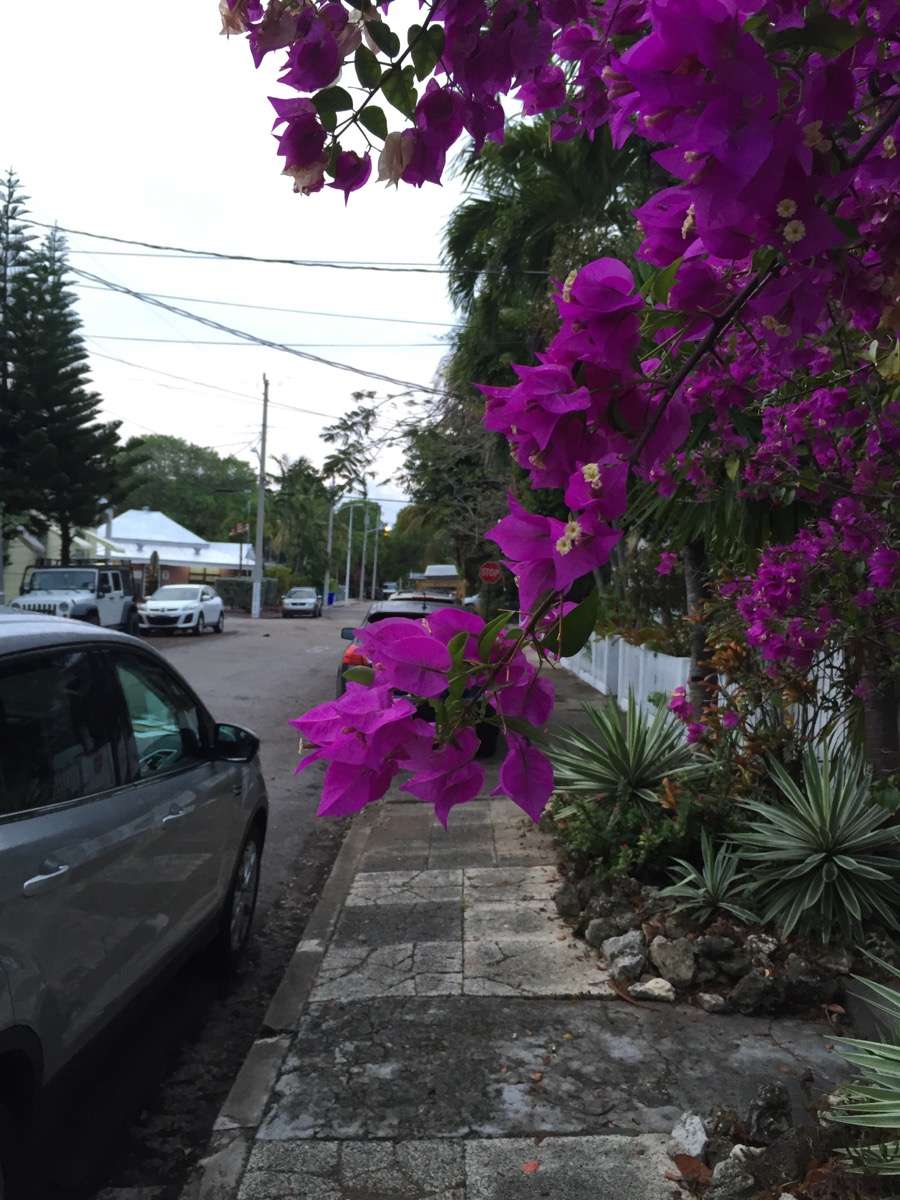 Puddles breed mosquitoes and being in the back country after heavy rain is an invitation to be eaten alive. 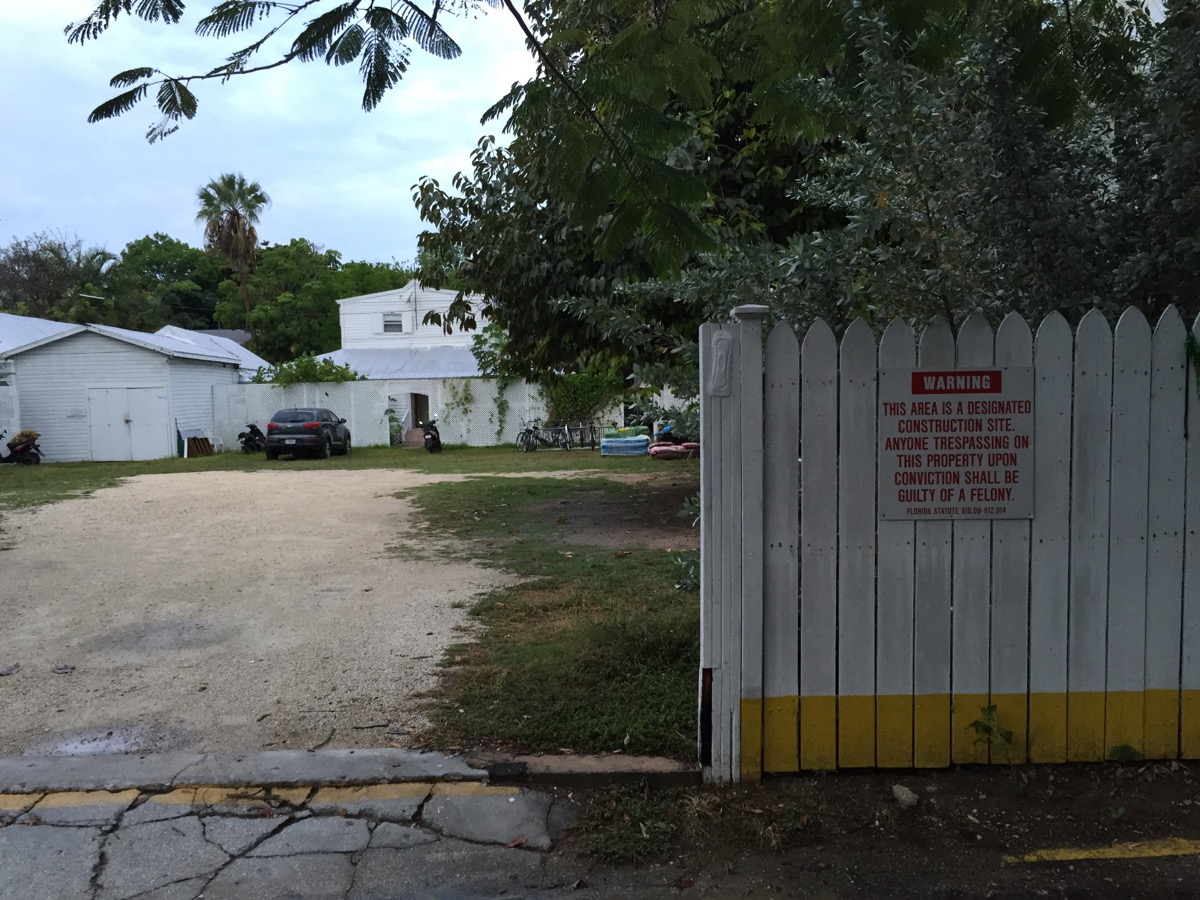 A briskly walking man brought a splash of color to a gray  morning. 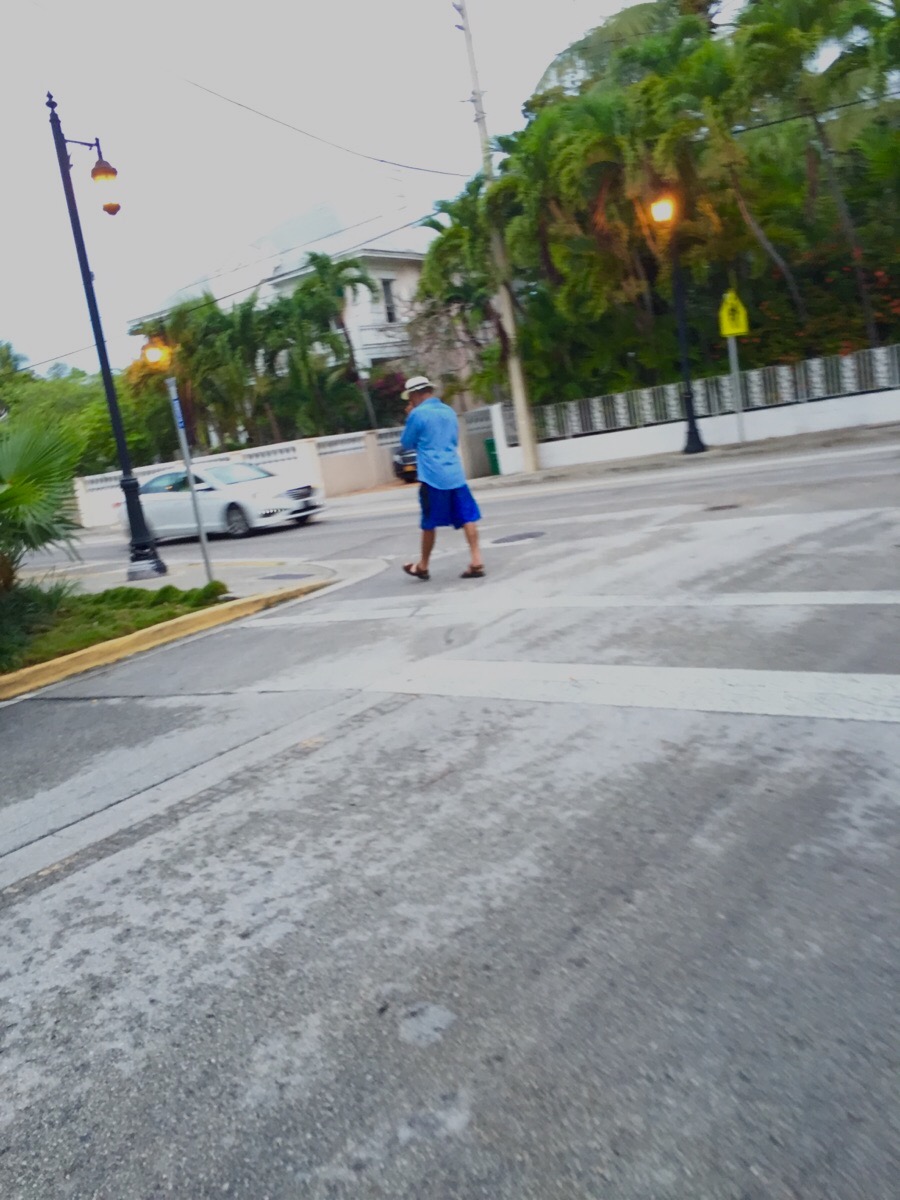 The tree commission in Key West is a lightning rod of disaffection . Arguments rage in the newspaper over decisions made to cut down trees with both sides sounding a  warning of imminent disaster should they lose the debate over the next tree to be offered up for removal. This one, from Wong Song Alley, lost: 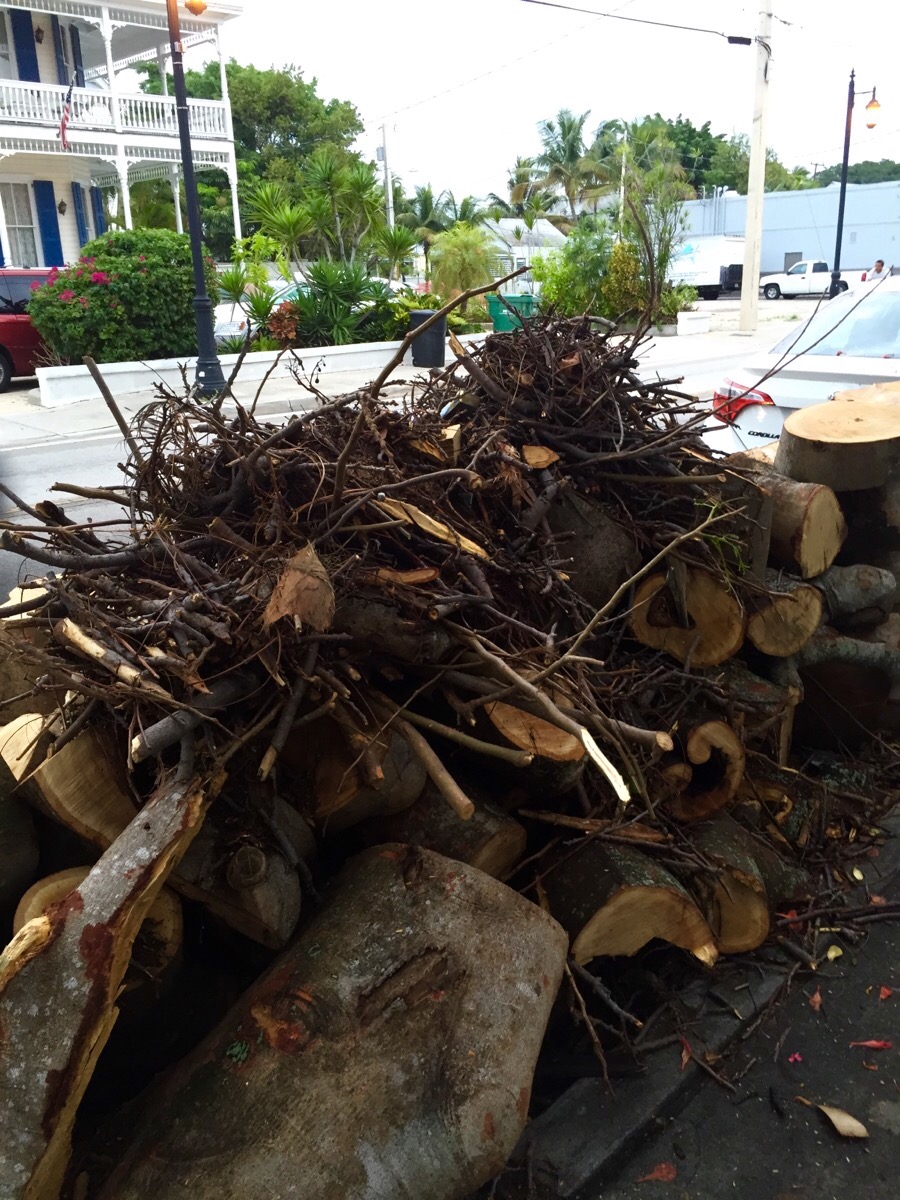 A  scooter with one mirror coming and one going, clearly a well-loved and well-tended machine: 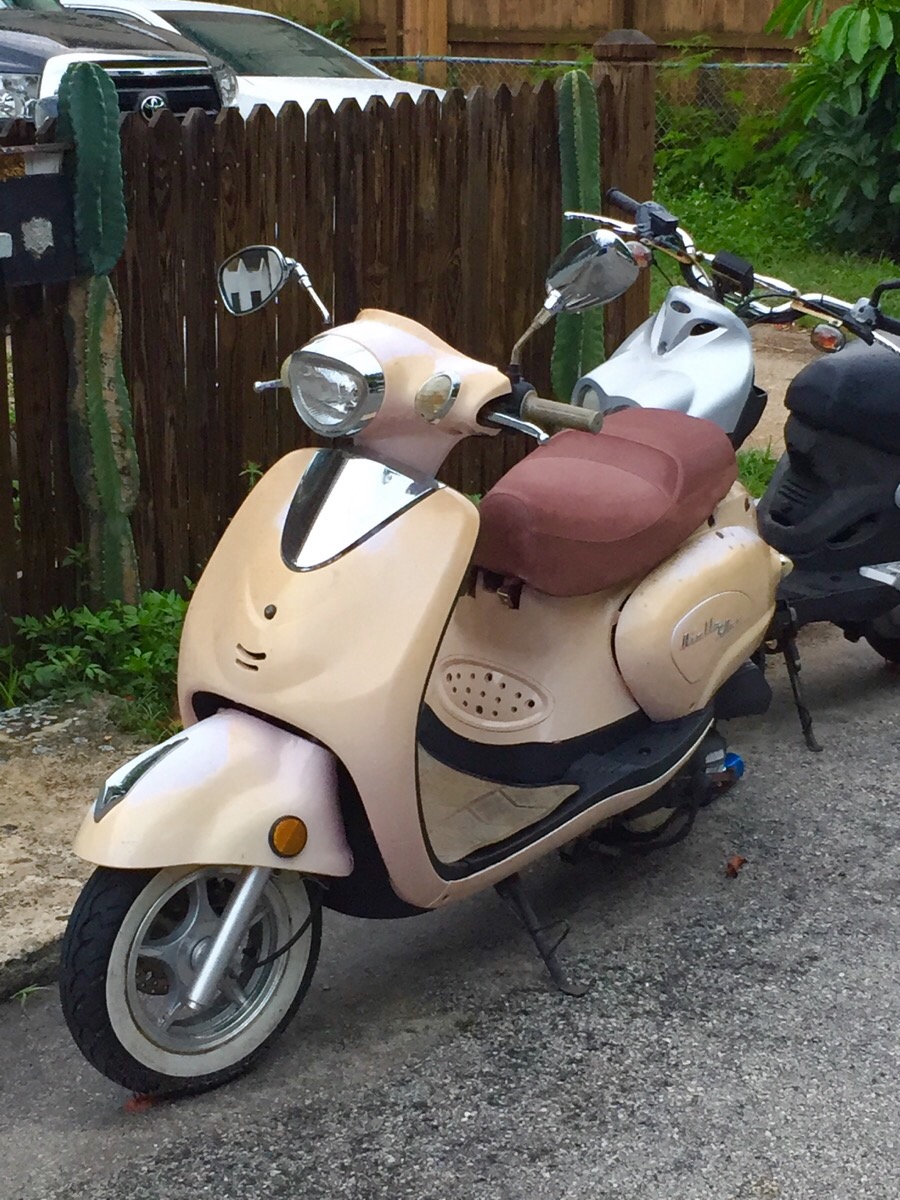 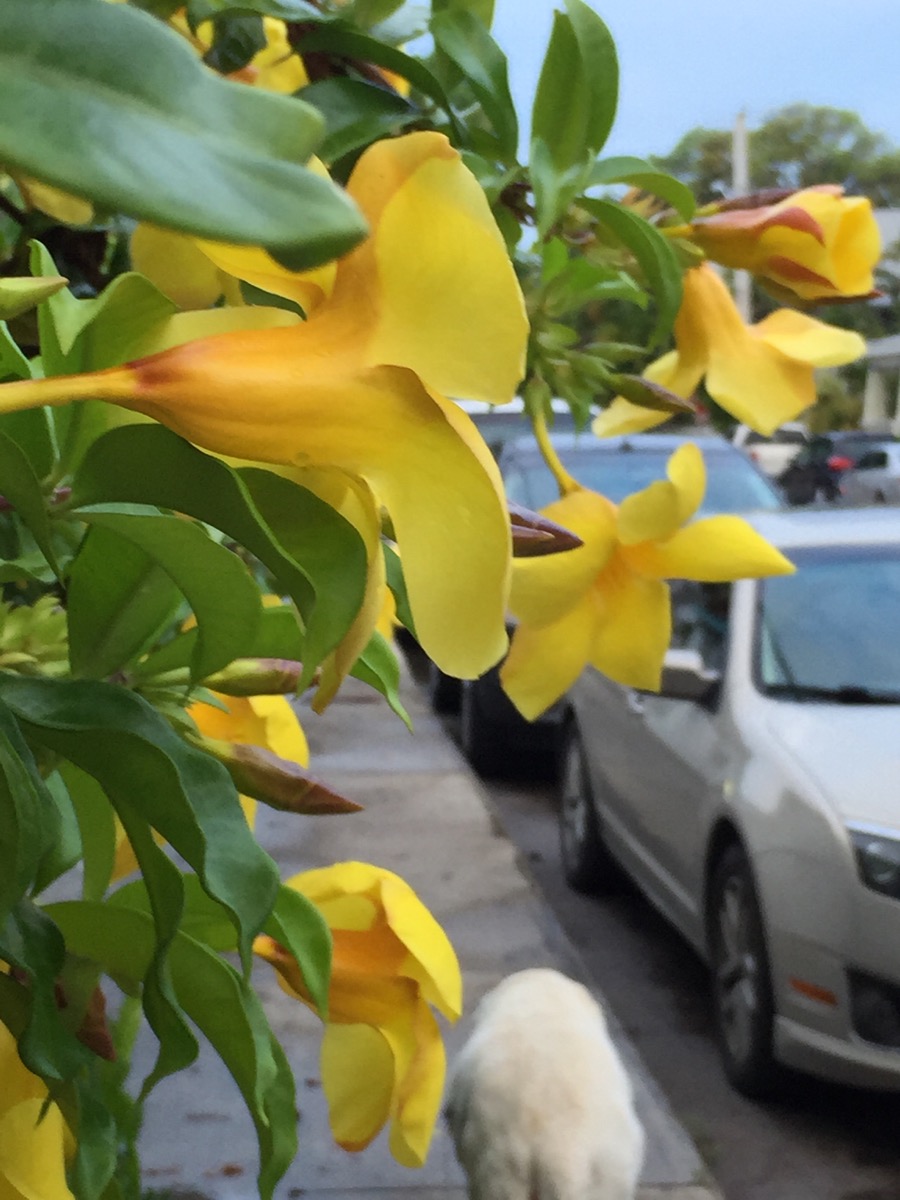 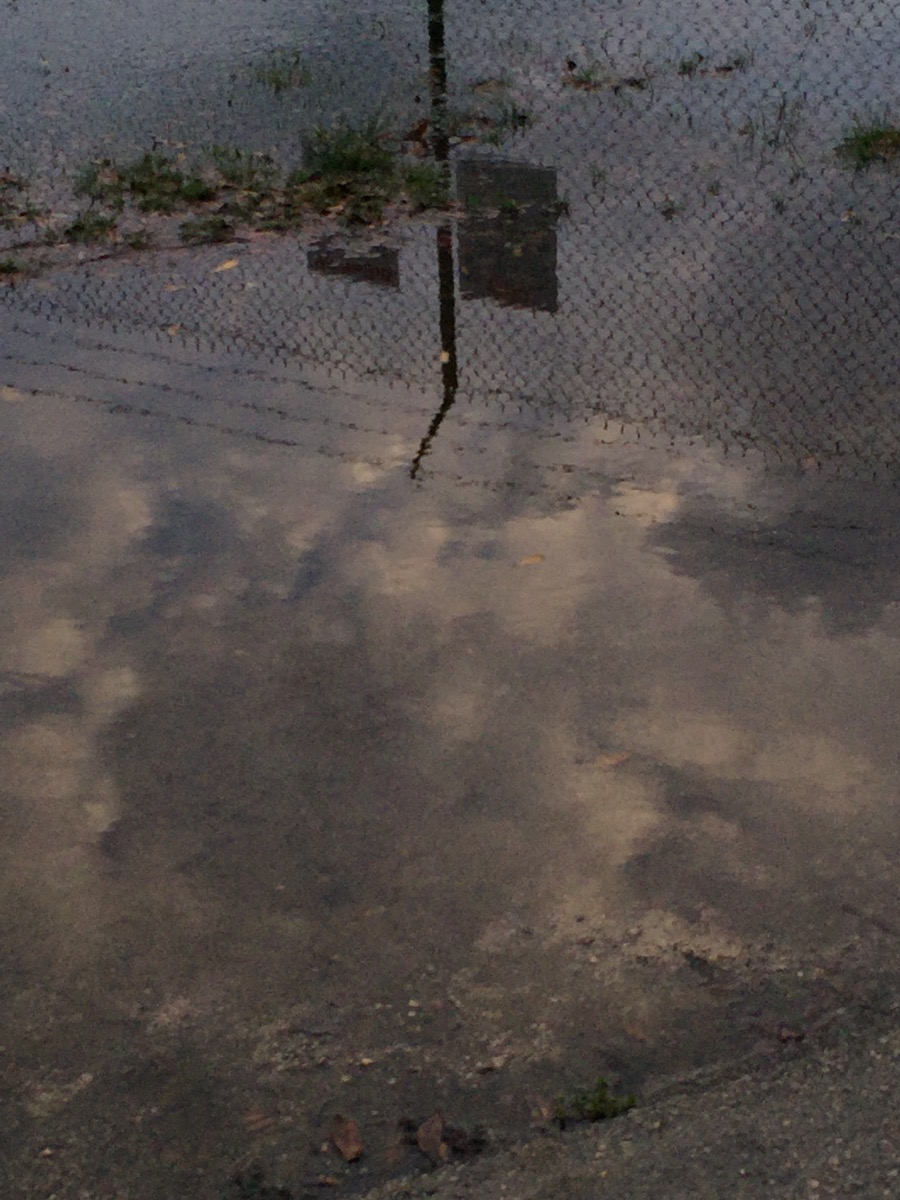 I posted this picture on Facebook  wondering why this dog walker thought she was exempt from the stricture imposed by the sign: 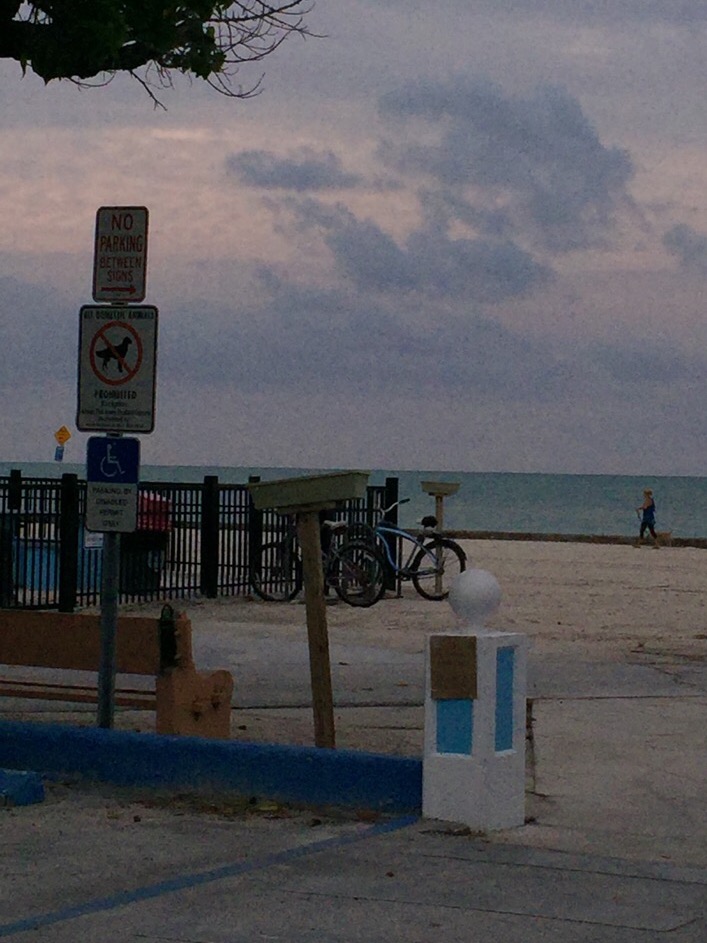 The bocce courts were full of water too; they put me in mind of chicken swimming pools. 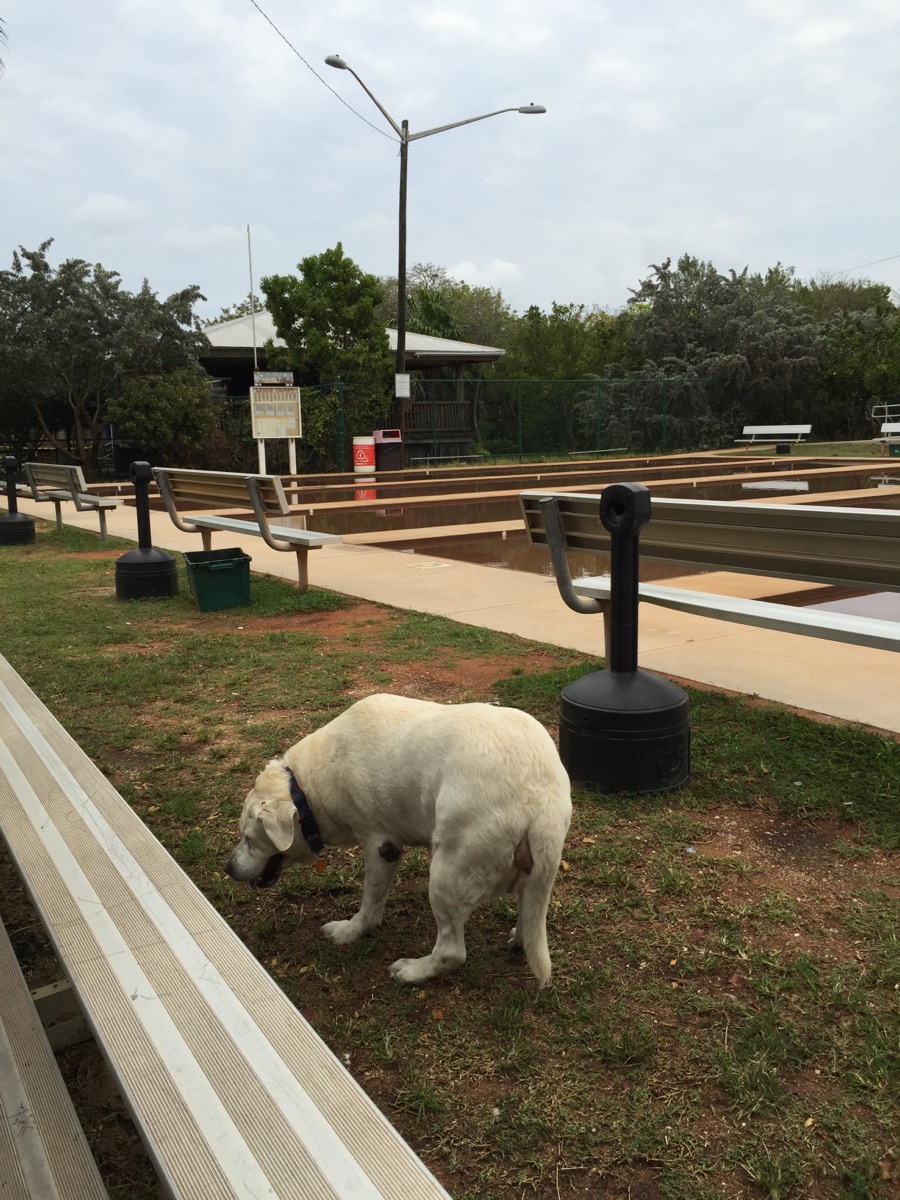 Free range chickens (and roosters) seem to be multiplying. I am not a great fan of these noisy messy birds but they are a tourist attraction. 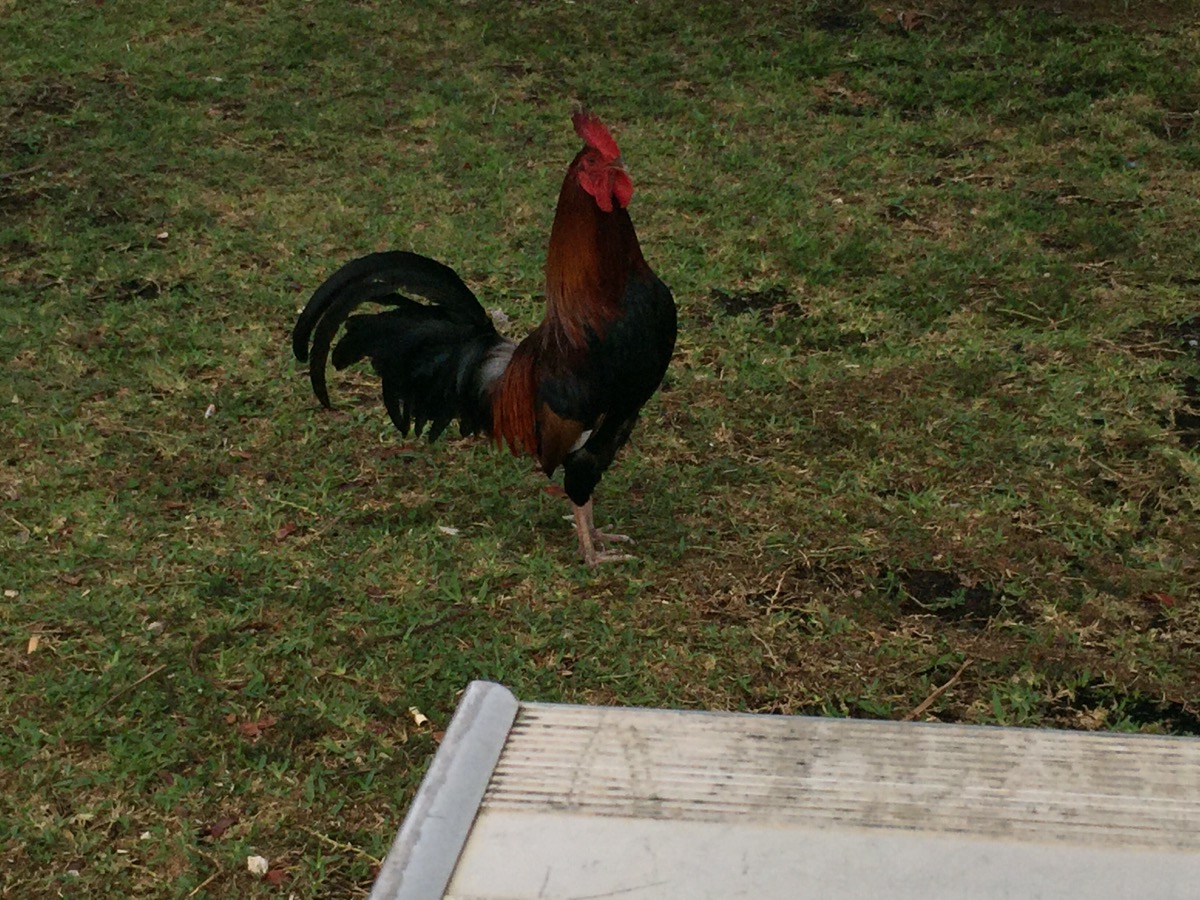 The newspaper reported five inches of rain and major downtown flooding, as usual. No word of massive flooding on North Roosevelkt Bouelvard so I have high hopes the reconstruction did its job. 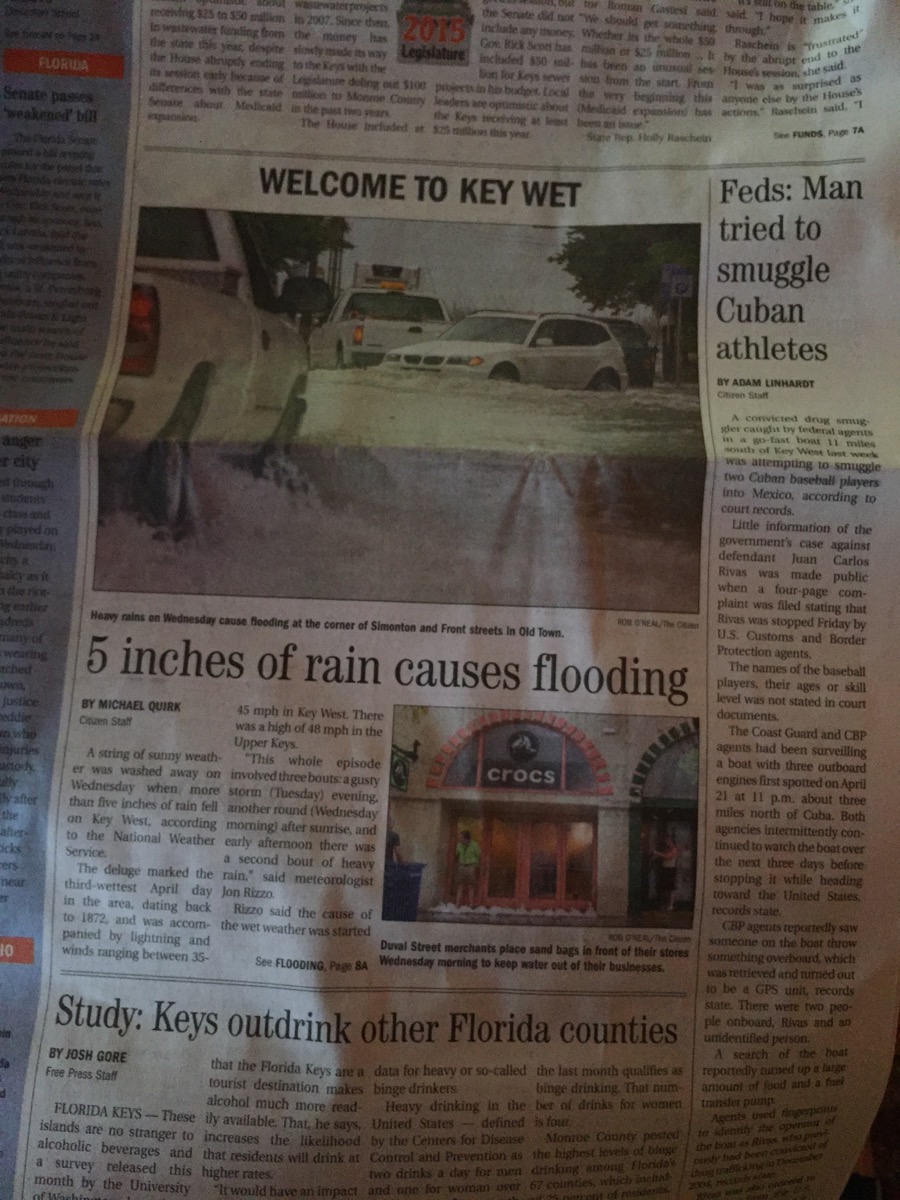 As an aside the paper also reports there is more alcohol consumed in Monroe County than in any of Florida's 67 counties. Big news, that, and I hope they spent a lot of money figuring that out.
Posted by Conchscooter at 12:00 AM 2 comments: