The old Honda shop on Southard Street is the headquarters of Race Week this January in Key West, so underneath the old "Kawasaki" and "Honda" signs there are big turquoise Qs, the emblem of the sponsoring company, Quantum sails. Apparently racing sailboats on the Southern Ocean Racing Conference is a Big Deal, and even though I spent decades living in and messing about with cruising sailboats racing leaves me cold. 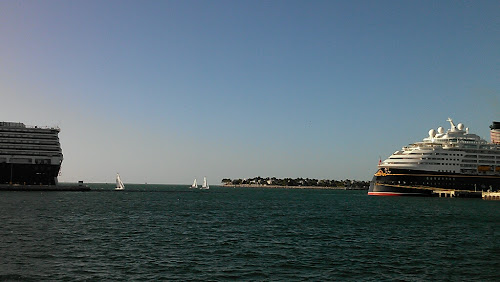 To my way of thinking there is something totally deranged about taking the slowest means of locomotion ever invented and then trying to race it in contests of speed over the water. Mix in the variables of weather, which is a big variable, tides, measurable but awkward, waves which are usually a product of the other two, and racing seems even more pointless. Then of course there are the crews and like any hiring process getting humans to power the boat is made extra difficult when you need particular skills but don't want to pay for them. 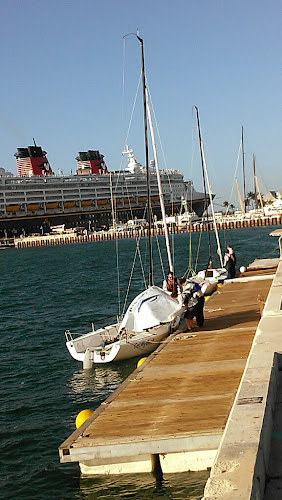 There is a common misconception that boat ownership is particularly expensive. It used to be when boats were made of wood, ropes were real manila hemp and sails of Egyptian cotton. Take those natural products, dunk them in saltwater under a burning sun and stress the hell out of them and they won't last long! But this is the 21st century and modern sailboats are made of indestructible fiberglass. It's so long lasting you can see the power of glass-reinforced-plastic, to use its proper name, as you drive to Key West. Storage lots, mangrove lined coves and small bays are all filled with dreams deferred, toys forgotten which will never rot or disintegrate. It's such a problem the county pays hundreds of thousands to remove abandoned boats, and they hardly make a dent. Each piece of plastic, each hull, has an owner and the owner may be dead or in the mountains of Montana pursuing a new lifestyle and the county has to file paper to remove someone's dead boat. Nothing is simple certainly not boat removal, much though land bound citizens wish it were, and the abandoned hulls bob, their fittings rot slowly and finally they sink into the mud or weeds. Modern boating. 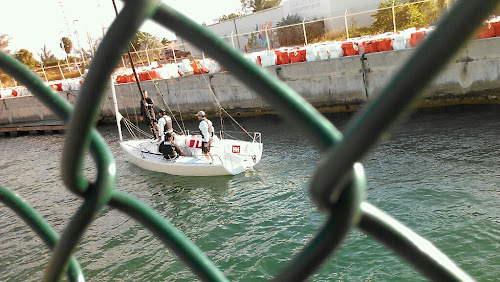 Yet sailing fascinates. Perhaps it's the image of the big triangular sails of our childhood imaginations as we read of the great River Nile. You can see it, brown desert air, pyramids and palms and those slow feluccas chasing wisps of air as they work their way up the Cradle of Civilization. 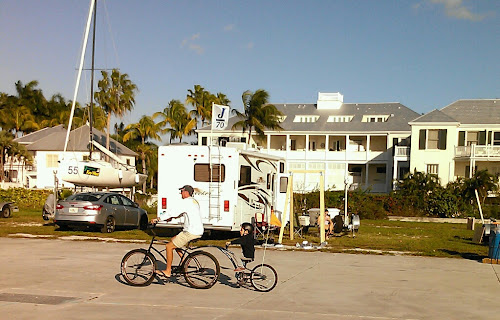 I loved sailing not least because it was the first place in my life I had someone who showed me the path. My sailing instructor was an intuitive sailor who taught me to understand rather than just learn. On the other hand I hate sailing too. It's the most frustrating way to travel as you fight time and exhaustion and waves to get where you are going. Then you arrive and you are automatically home. Drop the anchor, fold the sails, light the stove and you are in the womb, no passing traffic, no neighbors, no "No Parking" signs. It's primal. 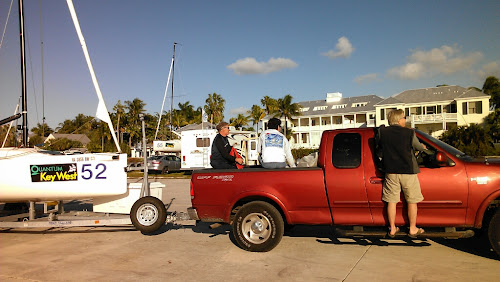 To use a boat as a home is a romantic notion, but it can also be a hard headed practical one if you choose yo make your life in overpriced coastal communities as I have. A boat as a toy is a lot of money. You can buy a lifetime supply of motorcycles for the price of a small boat. But as a home, a plastic boat with plastic ropes and plastic sails is a deal, if you can stand living in a watery RV park, don't need a garden and are happy to make boats your life. Vacation? Go sailing...A weekend trip?...Go sailing. And that obsessive nature of boating pushed me away for the past decade or more. Once I have some new skill figured out and I feel competent I tend to lose interest. After my wife and I sailed from San Francisco to Key West at the turn of the century we figured we had the live aboard cruising thing down pat. We wanted to integrate into our new community so we came ashore. 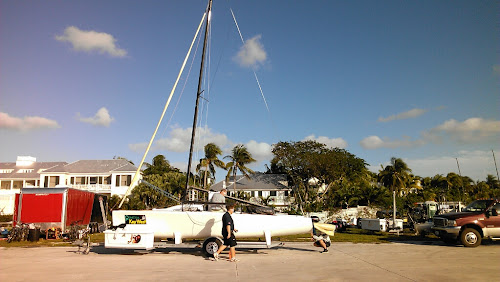 Other people are less obsessive and for them sailing is a sport, a weekend of fun racing, perhaps a way to have some time away from the family, to be active with the boys...Women do sail but almost always as adjuncts to the husband and family (apologies to the few exceptions out there but I am generalizing), and as a sport it's not cycling or mountaineering but it is more active than watching other men run around a sports arena. And it is out in the fresh air, sometimes too fresh, especially if you sail San Francisco Bay, let me tell you. 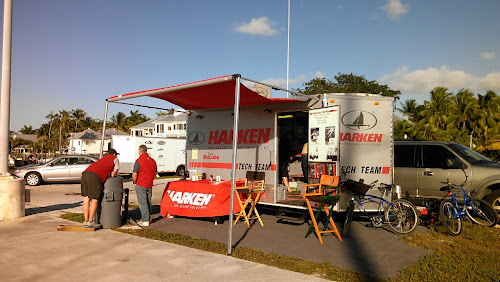 Against that background we have the professional sailors, a way of life I cannot begin to imagine. 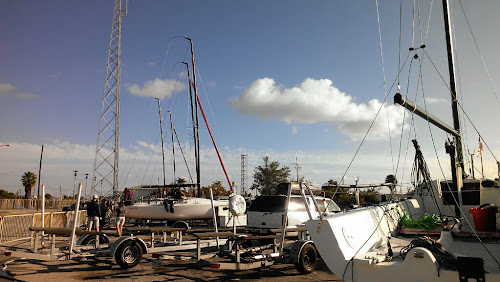 Pay is not good, after all why would wealthy boat owners pay their crews a decent wage, when the work is just "going sailing." 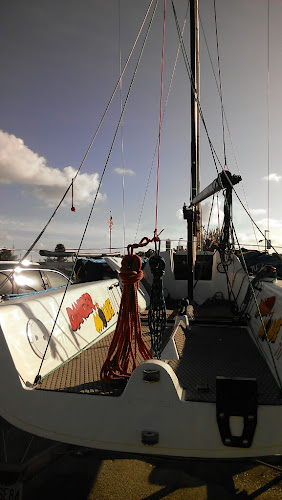 I don't think the life of a paid crew member is an enviable lifestyle. Yes there is travel but it's travel to work and much of sailing is fixing broken crap and these boats have lots of crap. You may be in San Diego, Seattle Ibiza or Key West, but it's all about blocks, tackles, tangs and sheets, not daiquiris. 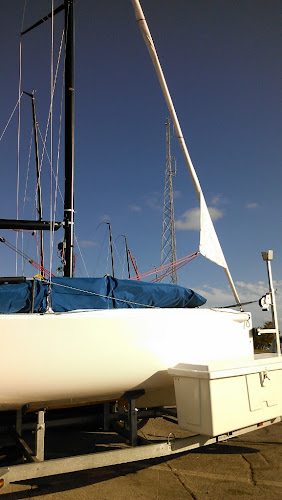 To run a vaguely competitive racing boat you have to have money. Owners jet in, steer more or less badly and jet out. It's a feudal way of life, no job security as everything is dependent on the knight's mood and the squires have to hop to. The rich old man says jump and in the time honored manner the crew ask how high? 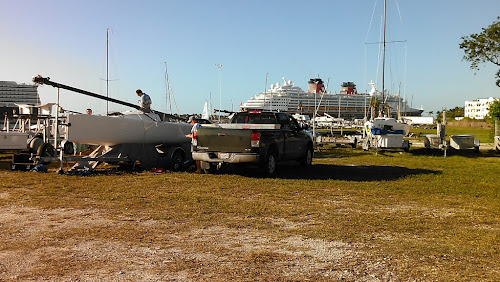 I suppose it is a young man's game, heave the line, climb the mast, sleep as you can and hope for the best. 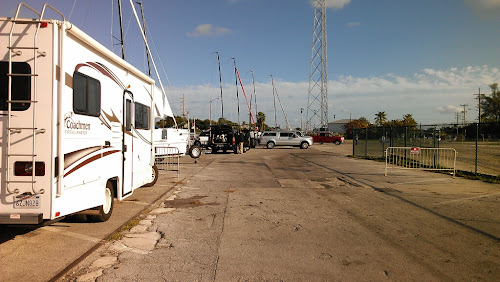 The equipment list is endless and the racing is out of sight, small triangles chasing each other across the horizon. You can stand on Smathers Beach and watch the distant silent shapes but for what purpose? This is not high paid television stars acting out on a Sunday afternoon in your living room. 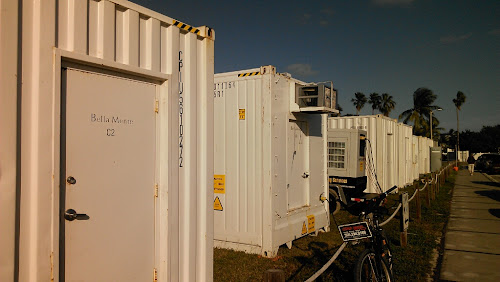 Sailing and thus being on a first class racing circuit is an integral part of Key West, the city with the vaguely imagined maritime heritage, so these sailors and their plastic sails thanks to the magic wand of the Chamber of Commerce connect to wrecking, pirating, and the yo ho ho drama of Key West's pirate-free past. And unlike the powerboat races which are run loud and long in the harbor with helicopters and paparazzi paraphernalia, the sailboats lack any form of internal combustion. They come and go as silently as the dragonflies they resemble, hovering over the water it seems, rather than driving through it. The powerboat racers on land funnily enough are just tourists but the sailors are pirates and not in a good way. This is a week to avoid eating out unless you like sitting next to loud obnoxious over sized sunburned children who were never trained how to behave in public. Bike Week is much hated by city residents for the loud exhausts but the riders are the milquetoast accountants you imagine lurking underneath the leather. Sailors, the people who harness the elements are louder than the bikes or powerboats when they come ashore. 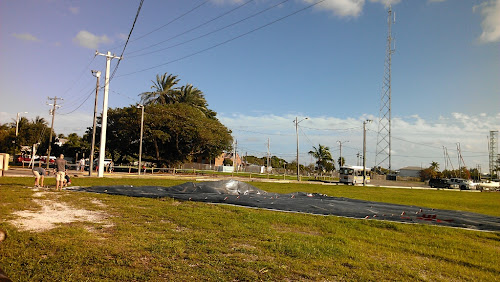 There is something elemental about living on a boat, it's a return to the womb, the safety of set limits, the security of everything found and to hand. Cruise ships feed that need, the all inclusive holiday driven to exotic places seen and not properly touched. That was the part of cruising by sailboat that got to me, constantly having to worry about the life support pod, tied to it by an umbilical that interfered with visits ashore to inland sites. It's the good and the bad of traveling with your home. 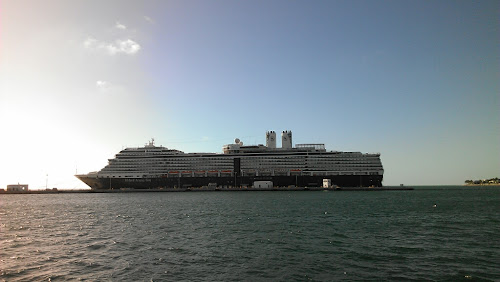 Similarly these sailors travel with their lives, but in a backpack. As much as it is a sport it's an all absorbing job that brooks no rivals for your attention. Everything must be perfectly tuned to get results because every other team is doing the same thing. Racing is where boating gets expensive, no doubt about that. Specially cut sails are tossed out after a race or two, cordage is replaced and every inch of the boat has to be gone over. That's expensive. 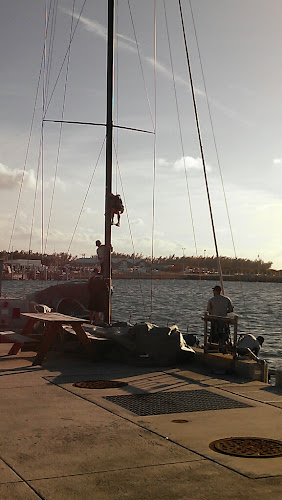 So yes, boats can cost a lot, an unreasonable amount, but not necessarily. Clean a gutter here, termit tent there, replace pipes, rerun electrical wires, and that damned paint. A house doesn't come cheap of course. But if sailing isn't racing you are so to speak in the same boat if you live aboard and cruise gently. Boats and their fittings need upkeep. But when it comes to racing its a world apart, macho men living as playthings for the one percent and you see them swaggering through town as though they represent a world we cannot aspire to. Maybe. Bring the money go sailing have fun. And step off the sidewalk for old fogeys walking their slow elderly dogs. Thank you.