I remember vividly an incident  when I was a child when we had a kitchen fire at home. I was away when whatever it was caught fire but the sight of our kitchen, essentially the hearth of our family burned black left its mark on my memory. We walked past the blackened walls fearful and unable to avert our eyes as though from a scene of elemental horror. The iodea of fighting fires has a similar effect on me. 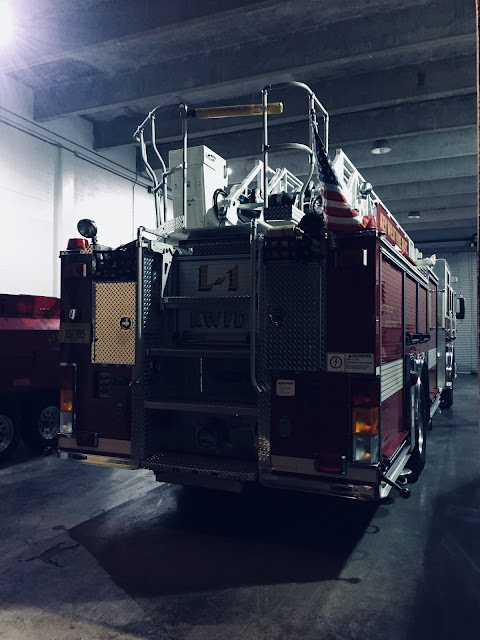 The central Fire Station is right next to the police station and sometimes at night wandering around to stretch my legs I get to see the equipment sitting there waiting for me to send it out. I find these symbols of childrens' enthusiasm to be reassuring symbols of civilization. You need help; we send it . 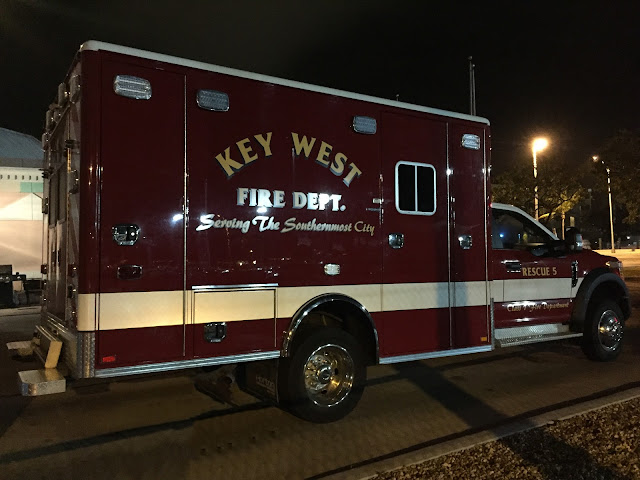 I also caught a glimpse of the generators used to power our complex of buildings these machines that keep civilization functioning in crisis. Hurricane Irma kept our police station without power for days and these stationary engines were all that stood between us and darkness. Not just the darkness of lights but what little communications we had, the ability to remain functional. That hurricane has left it's mark on me in many ways and one of them is a small prayer of thanks every time I walk past  the generator shed. I know people with home generators feel the same way. These machines at once fill a need but also highlight our dependence on them to stay human in a recognizable way. 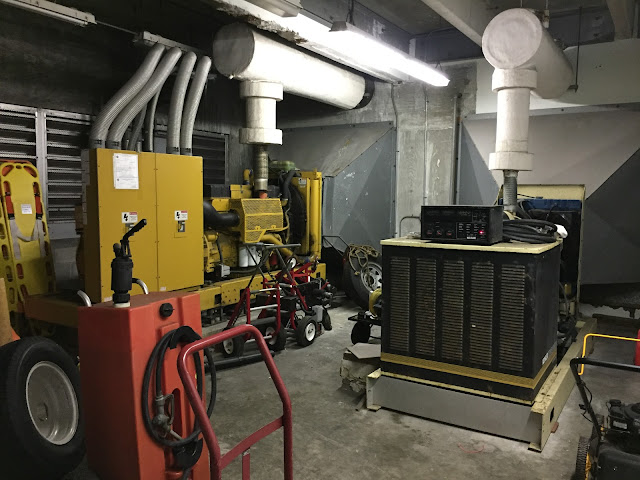 We have gasoline for sale on Summerland Key but only one station is operational. The other one is a gutted shell that used to sell Dion's chicken and now looks bombed out. And the Shell that is selling regular and ethanol free gas doesn't look so hot: the roof is gone both over the pumps and over the building. Look at the force of the storm that landed here and tore off the metal supports: 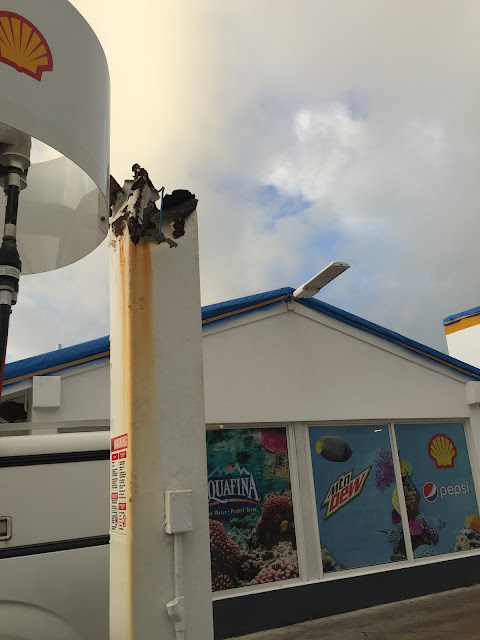 Last week I was walking Rusty and peered into the water to see what appeared to be a ghost rising up out of the ocean. I have no idea if this was an old wreck pushed ashore or whether a new wreck created by the storm. Creepy. 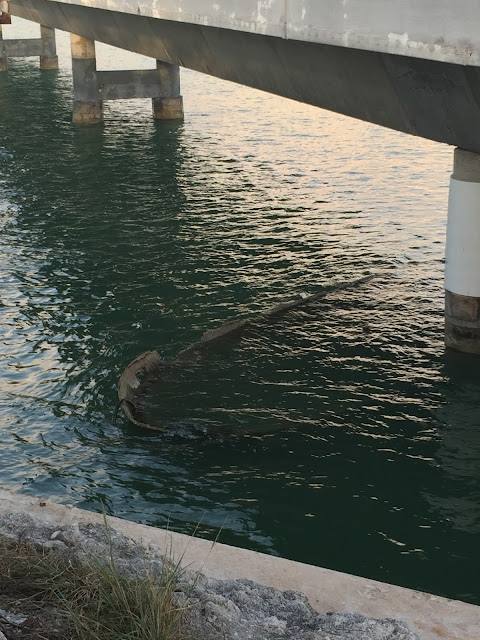 I think about Puerto Rico where half the island has no power, there are no jobs, and people go hungry for want of money. We are lucky but we still live within sight of blue tarps and in another four months the dance with hurricane season starts again. 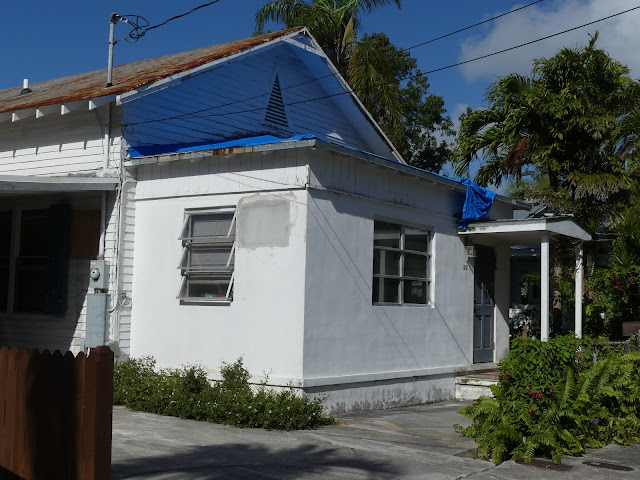 We are recovered they say. Yet in the same way the land is scarred I find myself unable to allow the fuel tank on my car to go below half empty. I keep a jug of fuel in the shed at home to top off the Vespas. We have water containers in the office upstairs at home and my wife has a supply of long life and canned foods in the kitchen. We've always tried to be prepared but these days it is not very theoretical. We know exactly what we are preparing for and we don't much like it. 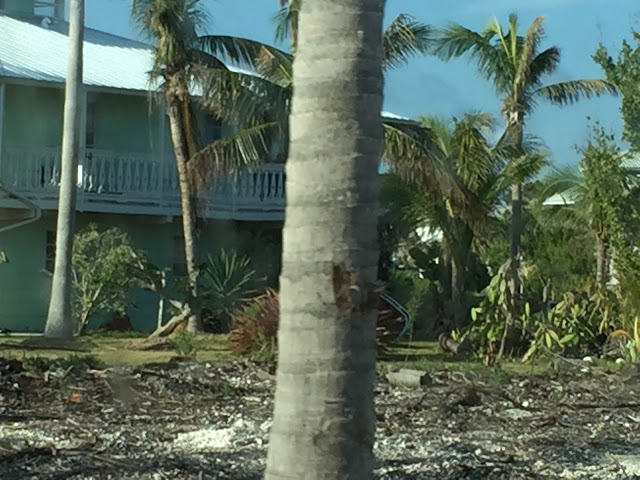