They Sank The Mohawk

I have never quite managed to get  over my irritation at the Mohawk giveaway to Lee County to make room on the Truman waterfront in Key West for the new marina planned for the area where the old cutter was moored.﻿ The USCG Cuuter Mohawk was built before World War Two and served on North Atlantic convoys, a most dangerous profession. To have survived all that and end up sunk anyway seems dastardly to me. This time last year they did the foul deed: 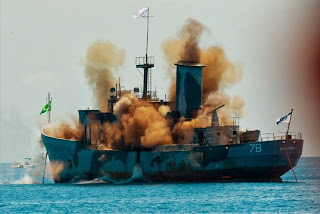 Reader SingingTo JeffreysTune in Southwest Florida sent me a note from the News Press in Fort Myers on the subject so I did a little poking around on the Internet and came up with these rather sad pictures. 90 feet down, 30 miles off Sanibel Island...Its supposed to be a diving attraction in the style of the ship sunk south of Key West. Vandenberg Sinking though I can't imagine going thirty  miles to float around in those rather murky Gulf of Mexico waters... 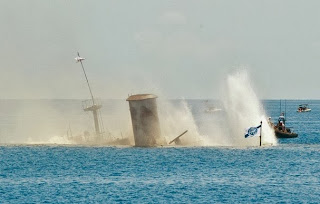 ﻿I was quite fond of the Mohawk and its history. The ship was a superb museum and I enjoyed visiting it greatly. It pains me to think of all this now being nothing more than an aquarium USCG Mohawk.  They told us it wasnt worth $400,000  to refurbish the ship but the final irony is that the US Navy has reclaimed the waters off Truman Waterfront and the upscale marina planned for the seawall that housed the Mohawk cannot be converted into a Spottswood dream marina. All this carnage was for nothing.