I have no idea what they tell each other. I wonder if the trapped dog tells Rusty he is envious, though I suspect envy is a strictly human emotion. Maybe not. 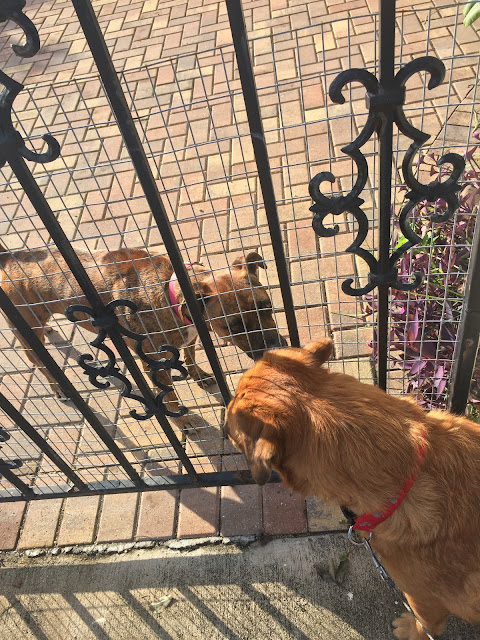 With a four year old on the end of the leash walks around town can range far and wide and I was surprised to find myself admiring the new City Hall supposed to be ready for occupancy by the end of the month. 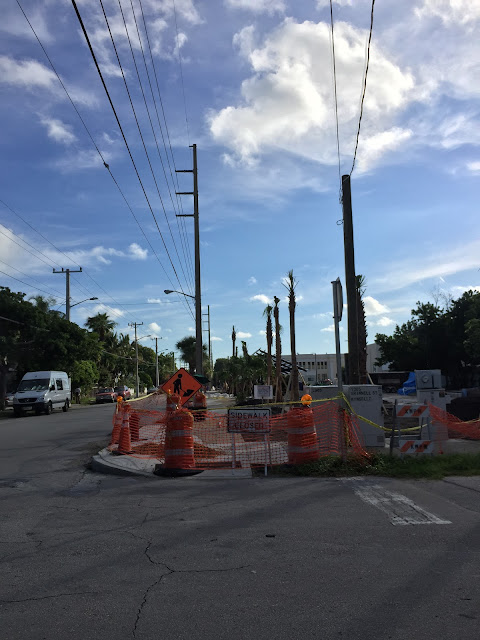 There has been of course a round of complaints about the construction. The city is trying to be modern and install solar panels but they chose to have them serve double duty as a car port roof sloped to the south, away from United Street. That wasn't good enough for the peanut gallery and all sorts of angry comments have made their way into the newspaper, about how ugy they are. 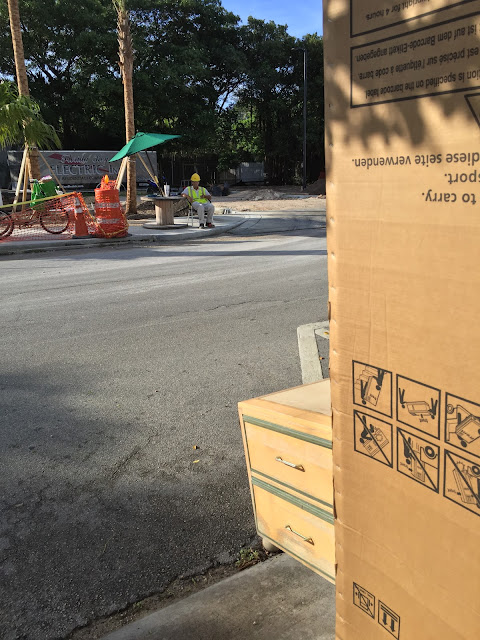 We walked across town in the cool of the morning after some rain and i wasn't in the mood for controversy. I am taking a week to walk Rusty in the mountains of Western North Carolina, a break for the two of us at my sister in law's in Asheville before coming back just in time for Goombay and the madness of Fantasy Fest. 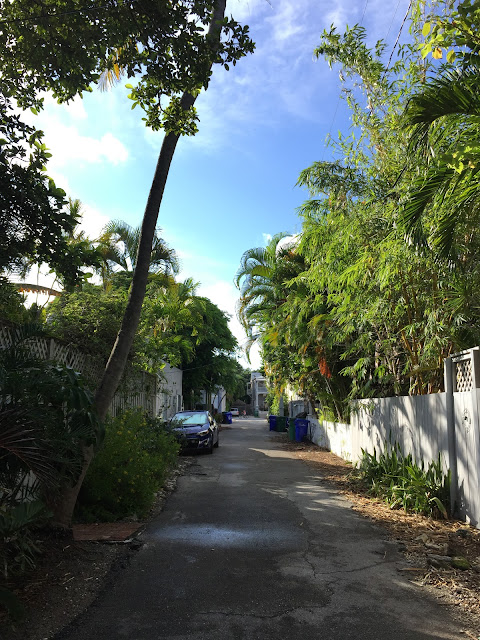 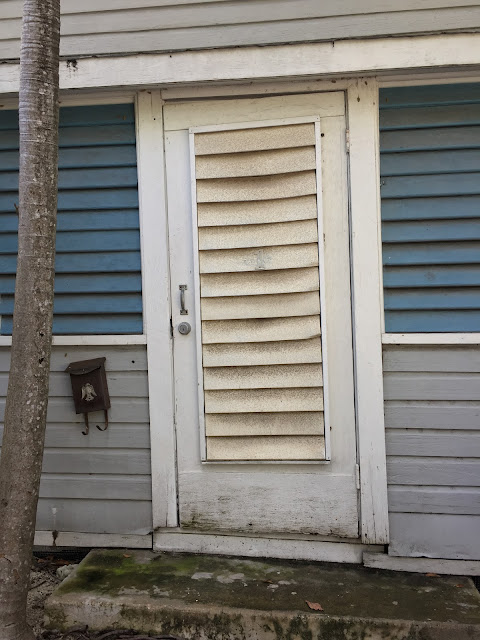 Dilapidated grimy and oddly angled yet quite delightful. 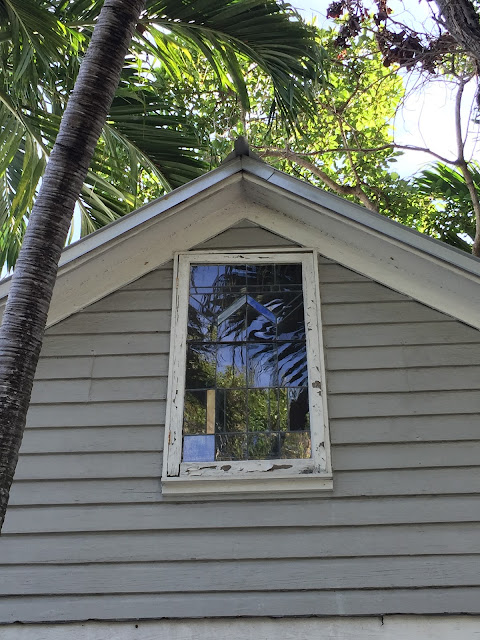 The promise of the outdoor life; not that anyone is actually living it. 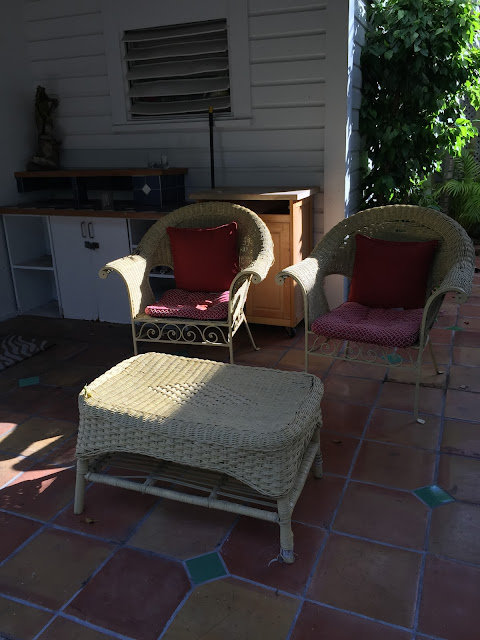 I questioned whether the tree or the house was for rent. In Key West space to sling a hammock could be rented so crazy is the housing market. 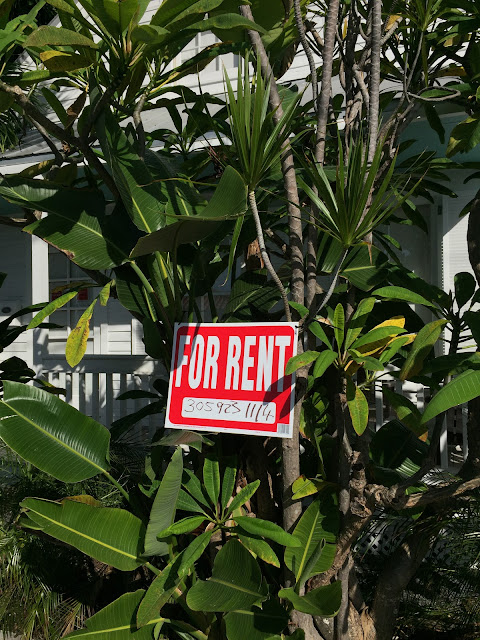 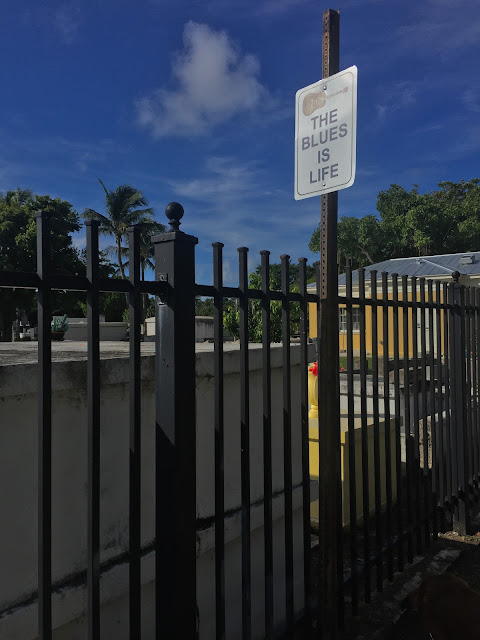 One could say banana leaves is life... 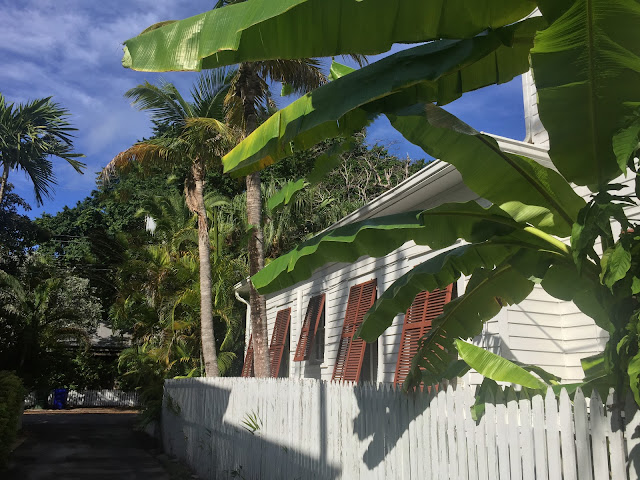 ...and the cemetery is death. But it's also history and a quiet place to meditate (if you aren't walking with a dog). 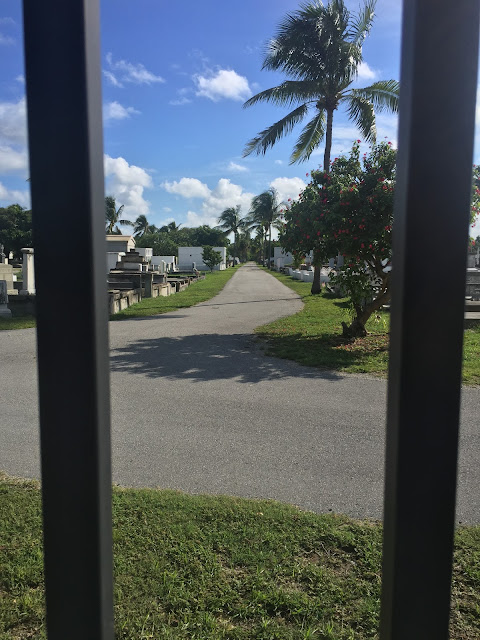