I was thinking about how people leave Key West after I read a Facebook comment from someone ending their vacation and returning to Canada for the summer. I like to take Rusty to Little Hamaca in the middle of New Town, especially now the winter residents have left and the place is mostly empty as summer heats up. 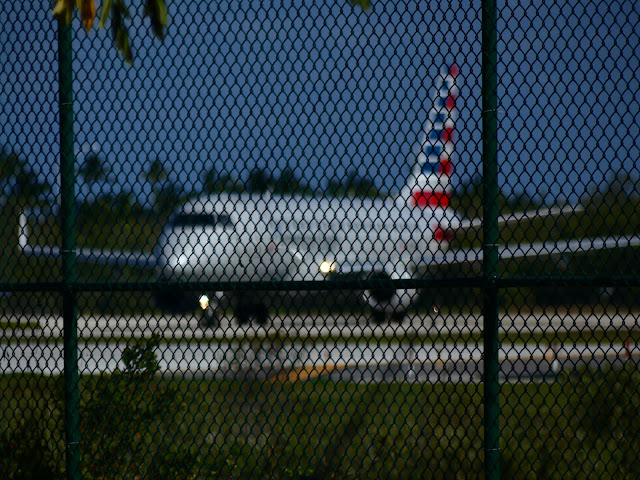 Little Hamaca is right next to the airport which as you can see is heavily fenced in along Government Road, the roadway that leads all the way to the back of the city park.  It is actually a peaceful spot wedged between the Riviera Canal and the airport fencing, however you do get to listen to the aircraft coming and going, and aeroplanes are not really peaceful if meditative silence is what you are looking for. 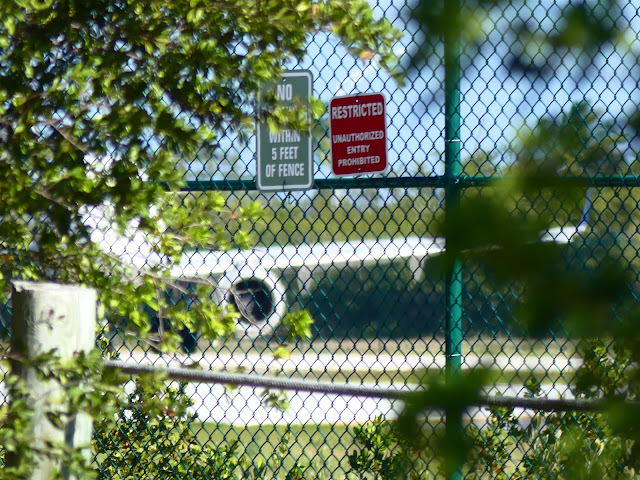 What I mean is, there is open space in the park, trees and shade and room to wander with your dog, and aside from the aero engines there's not much going on among the trees. Little Hamaca used to be renowned as a pick up place for closeted gay men and perhaps it still is for all I know but  Rusty and I walk there unmolested. 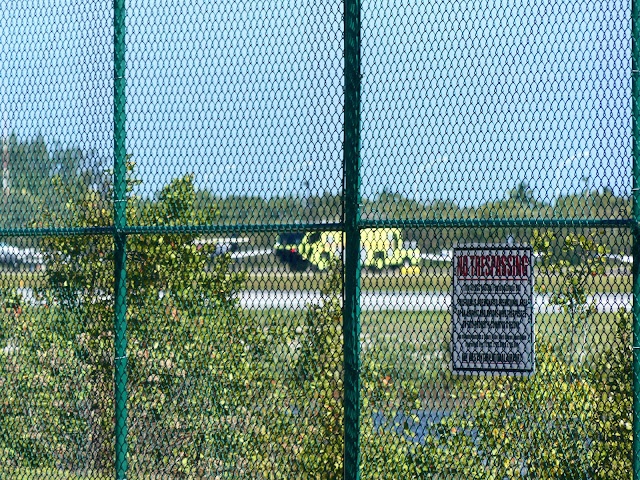 And yet, through the impenetrable fence there is a surprising hive of activity. Planes are taking off and landing all the time. I see helicopters, commercial airliners and tons of private planes coming and going. I used to know an air traffic controller who worked there for a while and to him it was a sleepy little backwater and I suppose he knows what he is talking about but it looks busy to my untrained eye. 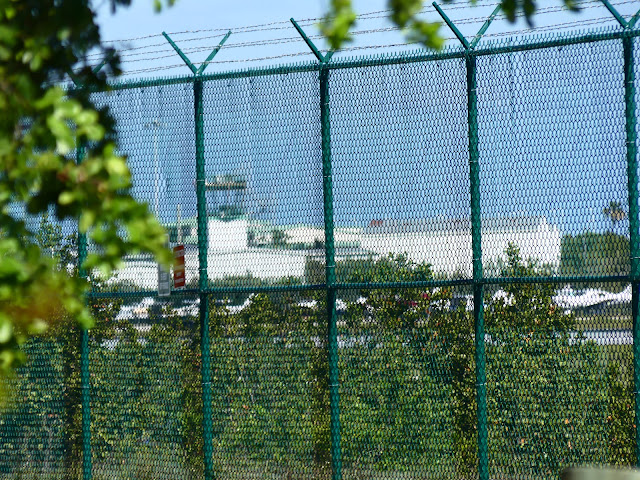 I think of all those people in the planes looking back as they leave, some looking forward to their next visit, others lamenting their departure and I suppose some who are glad to be escaping this claustrophobic little island...And as I watch the take offs and struggle to photograph the flying machines in some interesting and previously unimagined way I recognize I am glad to be the one staying behind. 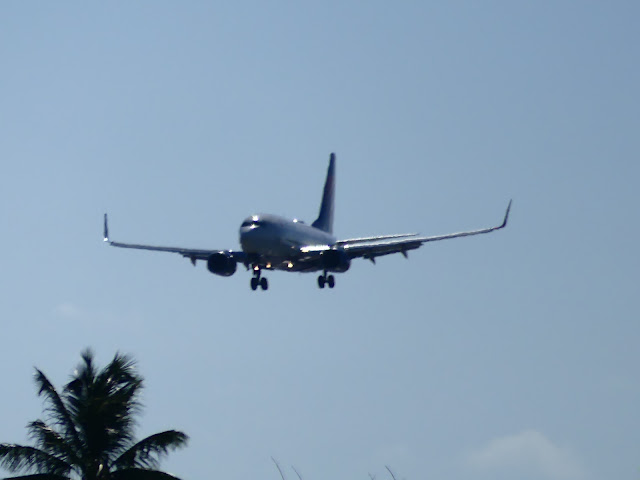 I cannot say I am a fan of flying in commercial airliners as I find the process dismal and out of my control, thinking of all the lines, the inspections, the lack of dignity in the process. Air travel is a means to an end for me and I would love to cross oceans as a passenger on freighters in my retirement instead of flying. My wife would beat me up if I suggested that but the dream lives on. 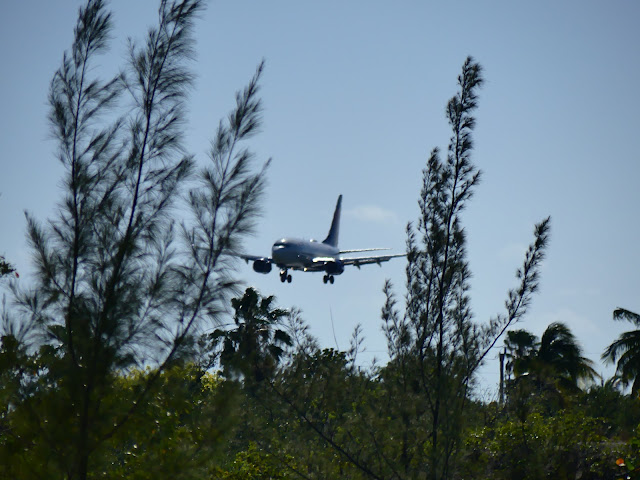 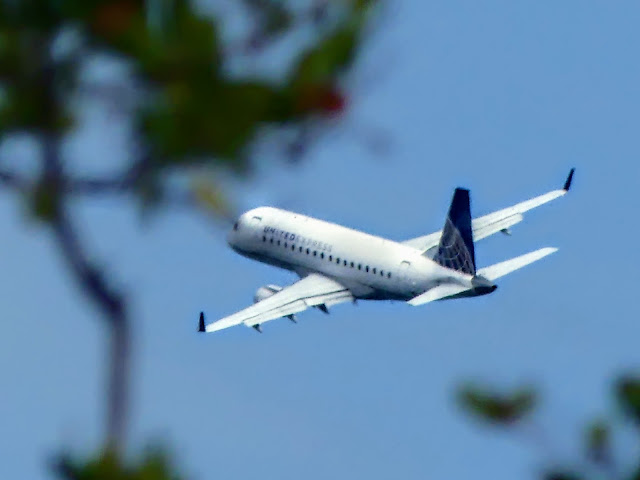 Then there are those planes I might like to fly in like the Dry Tortugas tour planes which fly low over the multicolored waters and give you a short half day to wander the ruins of Fort Jefferson out in the ocean. 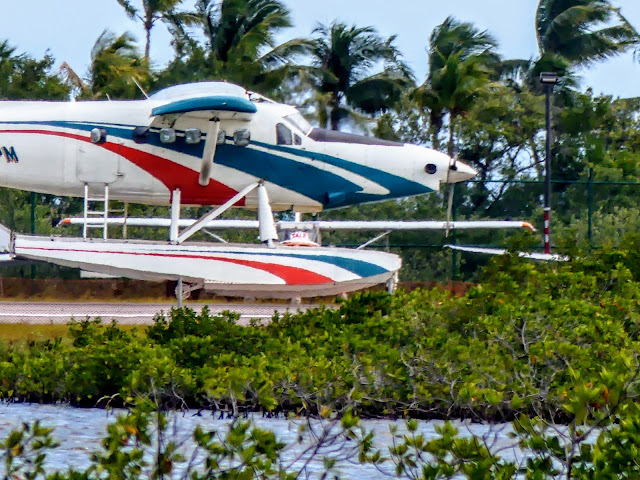 The float planes take off from the airport whence they return in a few hours, but at the fort they land on the water and taxi up to the beach to avoid their passengers getting wet feet. It's actually pretty cool. 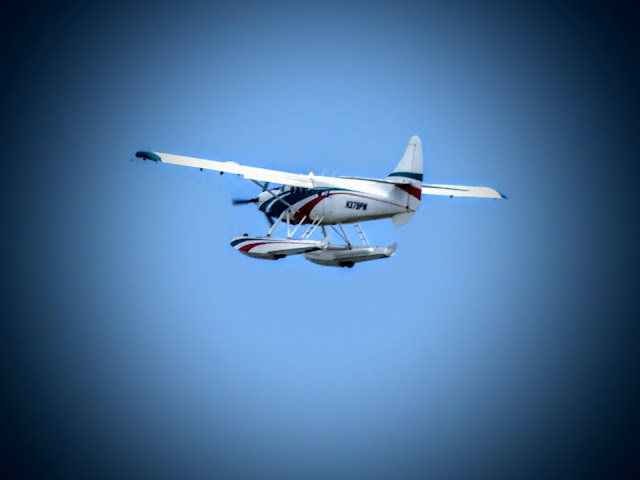 And there are the little privately owned bluebottles buzzing back and forth around the skies, what pilots call "general aviation": 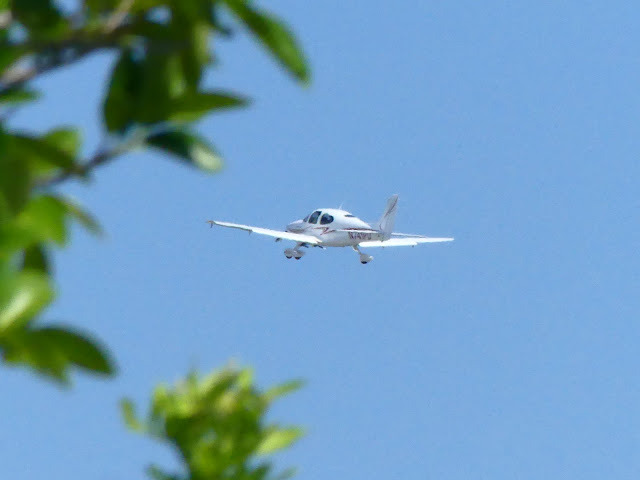 In between the relatively large machines: 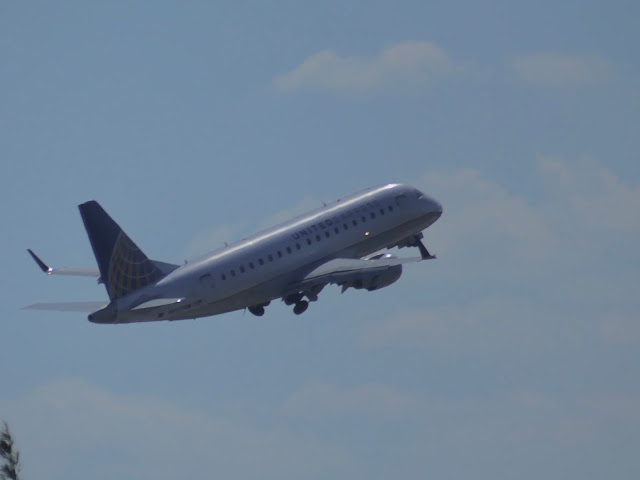 And I even saw an odd looking experimental type machine take off: 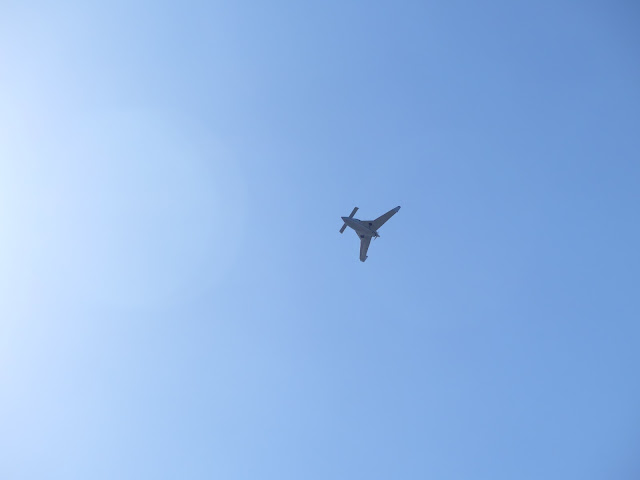 And then there is the plane that will never fly again. It was hijacked to the US during an internal Cuban flight. Instead of being returned to Cuba  a Miami federal judge awarded it as compensation to an exile Cuban family in the city and the plane sits behind the fence in Key West and seems to be slowly fading away. Weird. 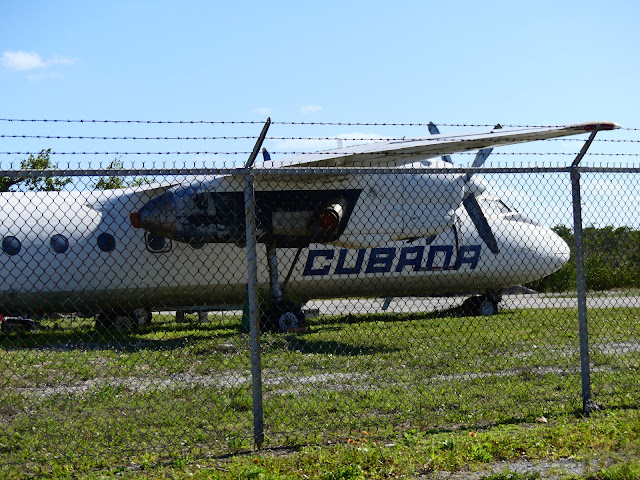 And to wrap up this Thursday's look at Key West and the Keys here are a couple of gratuitous dog pictures. 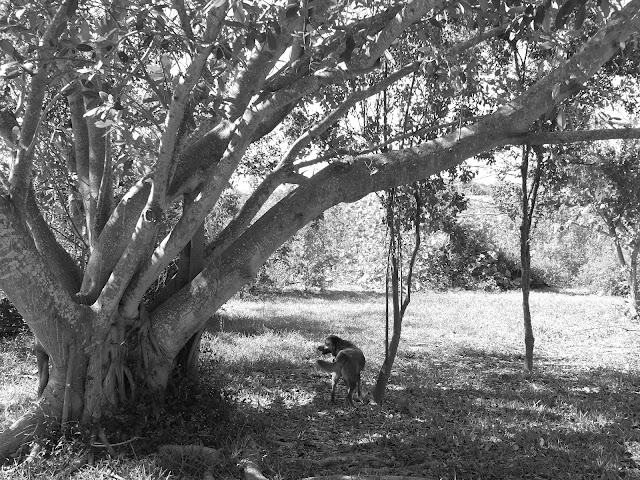 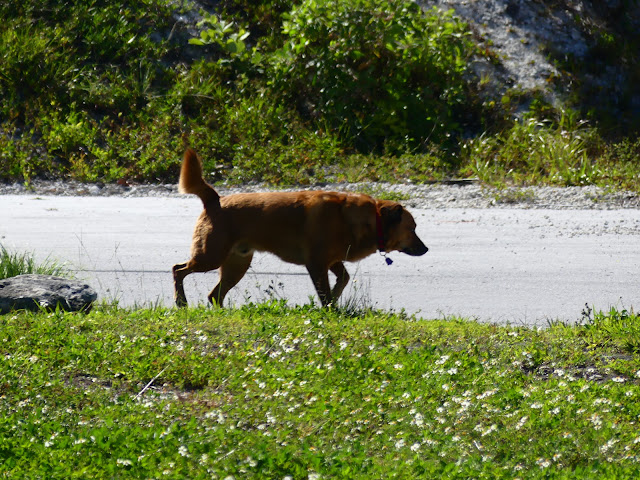 A dog shadow flitting hither and yon.
Posted by Conchscooter at 12:03 AM 3 comments: