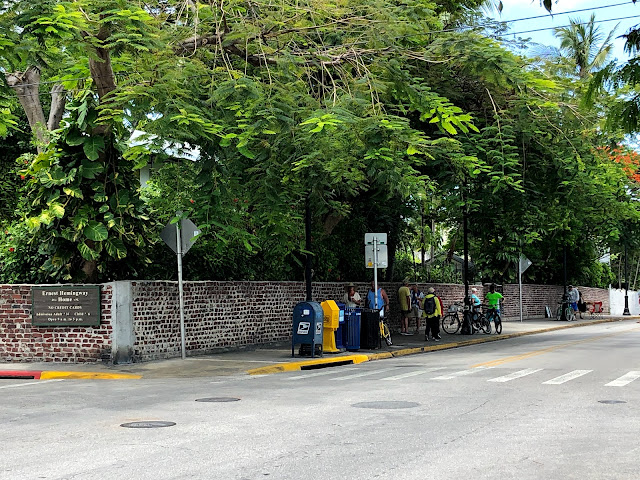 Nick has fallen in love. His new favorite lunch place is on Whitehead Street across Olivia Street from the Hemingway House, a place that is always high on the menu of people visiting Key West. The prize winning writer and adventurer built the brick wall around his Key West home to keep adoring crowds away as he was quite popular even in those Depression era days (1928-1939) when Key West started developing a tourist industry to get the city out of bankruptcy. 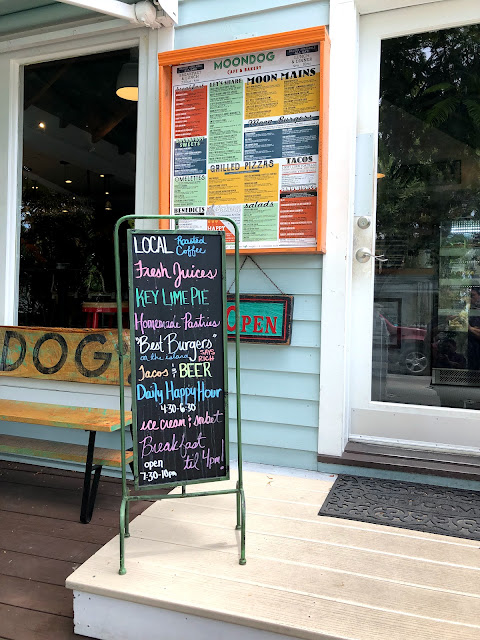 Today it feels like we get no breaks from a steam roller tourist industry that cranks out crowds and cars twelve months a year and seems to flatten us all in its drive to sell Key West: The Destination. The good but about that is that Key West, the small American town of 23,000 inhabitants scores lots of interesting and modern places to eat. I grant you Indian food has never gained a foothold here but the town offers everything from Kazakh food to Peruvian  potatoes all layered over the staple Caribbean cuisine  brought over from Cuba and established here as the major ethnic kitchen. 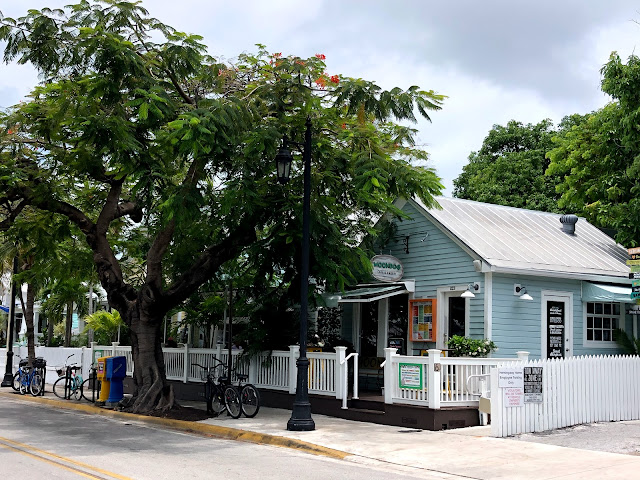 But then you see this little Conch Cottage with its own parking  and a bakery and tons of draught beers and a menu as long as Father Christmas' gift list. I'm not sure who wants lunch at 7:30 in the morning but anyone that does can find it here apparently. 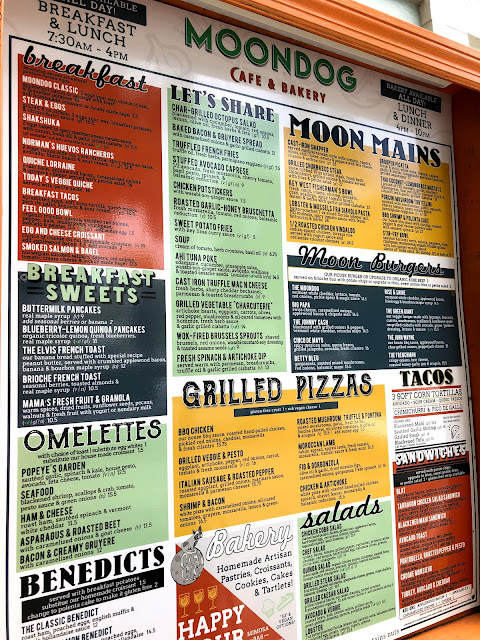 Nick knows the score and kindly posed for the camera before we struggled to figure out what to order. I chickened out, in a manner of speaking, and retreated to the burger section of the menu finally deciding to get one with bacon and a fried egg. Steak and eggs sounded good and I had a hankering for pancakes but in the end I couldn't handle pages of menu and a sheet of daily specials and I went for meat in a bun. 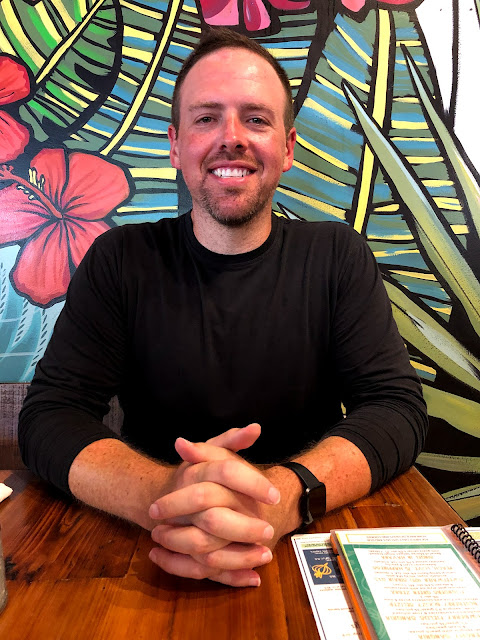 I'm not sure  what Moon Dog means in the literature but I did find this peculiar reference on Wikipedia. For your edification if not for your illumination. Check this out:
Louis Thomas Hardin (May 26, 1916 – September 8, 1999), also known as Moondog, was an American musician, composer, theoretician, poet and inventor of several musical instruments. He was blind from the age of 16.
Hardin lived in New York City from the late 1940s until 1972, and during this time he could often be found on 6th Avenue, between 52nd and 55th Streets, wearing a cloak and a horned helmet sometimes busking or selling music, but often just standing silently on the sidewalk. He was widely recognized as "the Viking of 6th Avenue" by thousands of passersby and residents who weren't aware of his musical career 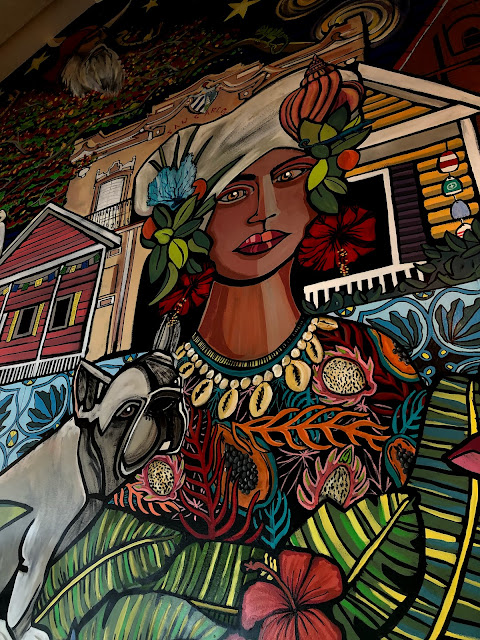 Anyway  the server was charming and brought drink and food with a smile and she was properly rewarded of course. Meanwhile I noticed our neighbors were an Italian family and I studiously avoided engaging not least because one gets tired of explaining America to people puzzled by local customs and habits not familiar. After I took this picture of my lunch the father leaned over and gestured to his phone camera. I obediently pointed his phone at his wife and daughter but he said no no and  asked me to photograph my own lunch. Why? Damned if I know and I wasn't going to engage in tourist chit chat. I had Nick to talk to. 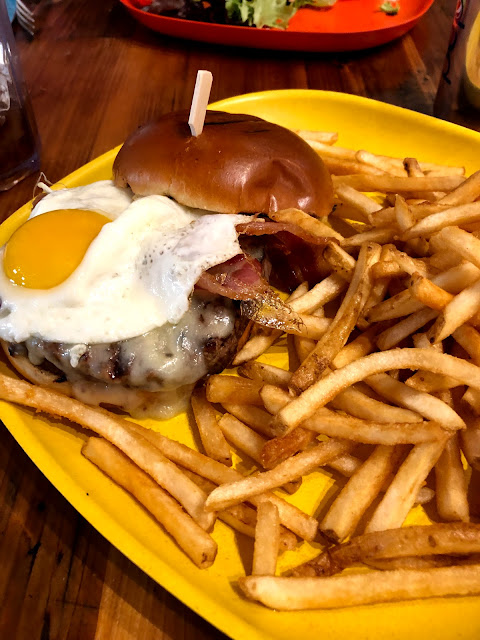 On the way out we passed the pastry counter and that looked interesting: 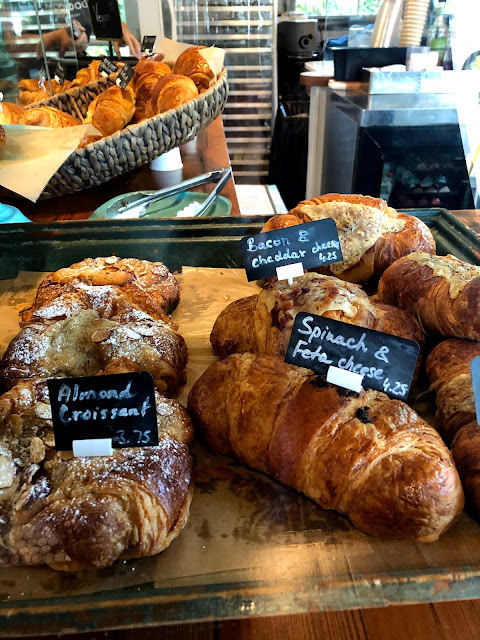 I love this stuff all geometric and colorful and enticing. So I stood and drooled for a while until they threatened to call the police and Nick got embarrassed. 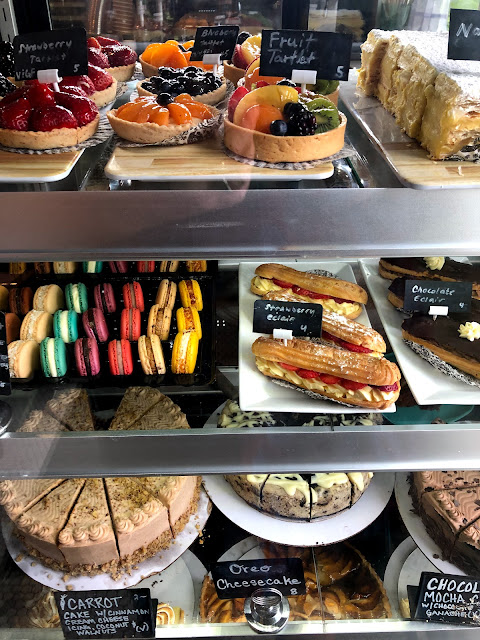 Nice place but I have to go back and try something more adventurous and perhaps representative of their particular cooking. A burger is a burger and I should have fingered something else on that dastardly long menu. 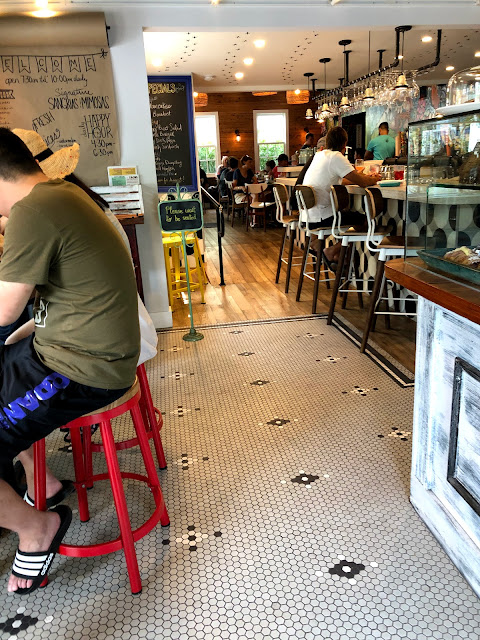 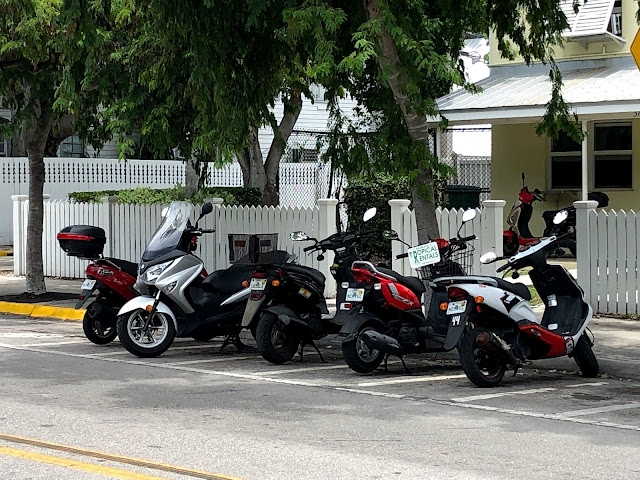 Oh and there's scooter parking across the street. How convenient. The big silver one is mine.
Posted by Conchscooter at 5:45 AM 4 comments: