Life In The City

We house sat and dog sat for a couple of nights. I was a resident of Key West for forty eight hours, and it wasn't all bad. I mean the house was nice, check out the breakfast nook. 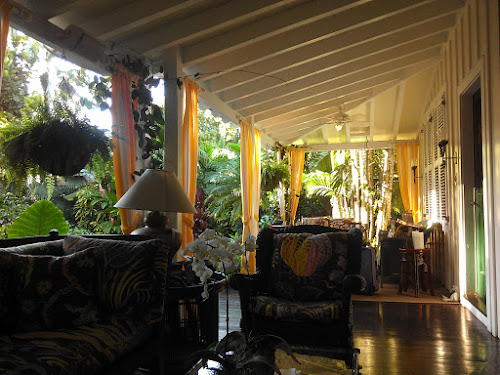 I have this attraction repulsion to the idea of living in Key West itself thatbi have gone over previously. It was pleasant to be able to walk off the property and have my dog happily immerse herself in her favorite kind of walk, the urban kind. No putting her in the car and driving to some suburb to find her favorite walks. Here she hit the street running, nose down, tail wagging. 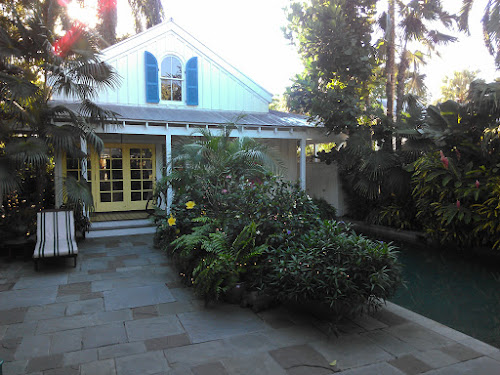 In the same way that migrants to Key West always cite the weather as one of their reasons for moving, the notion of the car as optional is another big draw for residents of this small town. For me of course the idea of not riding is a pain in the patootie because if I'm not commuting my riding time is limited. On the other hand while we lived in Old Town my commute went from 40 minutes to five. Count'em: 5. I left work at ten to six in the morning and Cheyenne and I were out walking at six o'clock sharp. At home on Ramrod I arrive around 6:35 load the dog and arrive at a good walking spot around 6:45. Hmm. 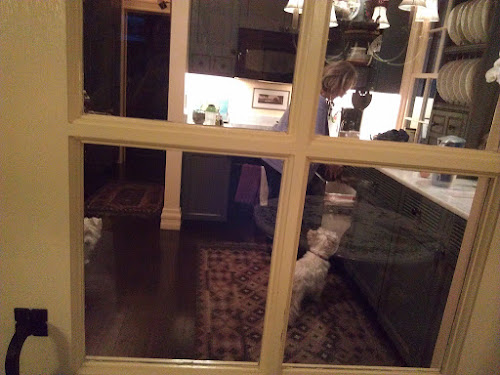 The dog sitting part of the equation I left to my wife who carefully measured the terriers' precise nutritional requirements and she took them for a walk while Cheyenne and I got some alone time. I have to admit the break in my routine was rather hard for me, but Cheyenne seemed to adapt just fine. My wife did okay too hosting a dinner party for a bunch of girlfriends. 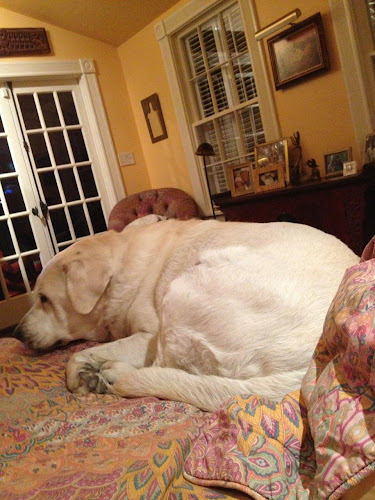 I was impressed by the order of this lovely oasis of pool and hot tub, and abundant greenery which looks so much more ordered than my treehouse chaos. Turns out it takes elbow grease and some dude showed up with a bucket of soapy water and set to scrubbing the outdoors. I couldn't find the caffeine so I was gong through withdrawals and found his exertions astonishing. 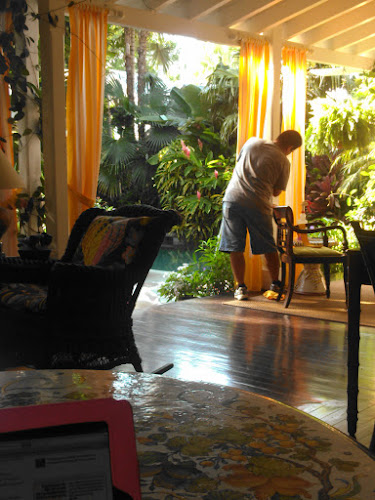 We walked a lot which ended up being rather repetitive surprisingly enough. Over time I could I've stuffing Cheyenne in the car from time to time to vary the diet. She, like me, enjoys a routine but she does like to vary her walks. The other thing that was slightly odd was how exposed I felt. Minding my own beeswax Doug of This Week On The Island woke me from a reverie yelling to me across the street. That was fun, normally I just meet Lower Keys snowbirds who cross the street tugging their cheerful hounds who just want to frolic with my Labrador. 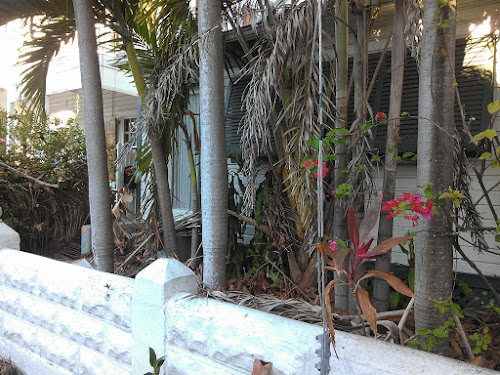 I saw the residents of Bonnie Albury's house admiring their handiwork, as well they might. The place is looking resplendent, and were Miz Albury to come back from the dead I don't supposeshe'd recognize her old pad. Perhaps it might remind her of her youth which is how it must have looked a century ago. She used to call the police department to sho away artists who thought her old pile worth painting and she thought they were intrusive louts. We always sent an officer to meet with the grand dame of Southard Street. I think of her every time I pass her home even though I never actually met her. I used to think about walking up to the door but she liked her privacy as much as I do and my job is to stay out of sight. 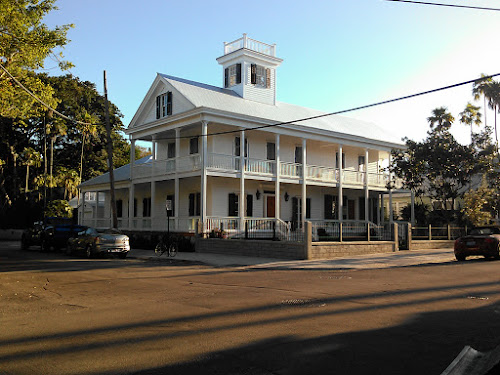 Not enough that Doug Bennett hailed me not once but twice in two days(!) I heard another voice asking ef I was Cheyenne's dad. Rob stopped and talked and had some interesing ideas about Key West as we stood in te street all neighborly in a way that seems hard to conceive on my street of grouchy old white men. 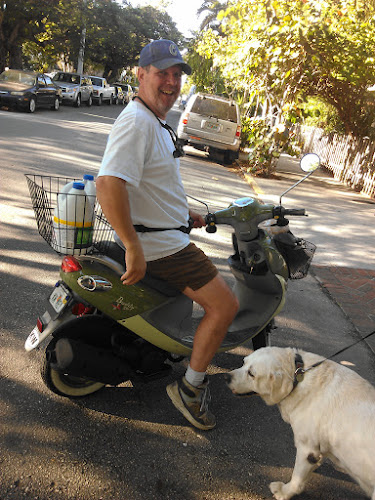 Here's another weird thing both my wife and I had no trouble at all parking close to the house. You'd think parking would be unobtainable in Old Town the way some people moan about it but we had no trouble coming back to the same spots day after day. And there were plenty of open spaces nearby. It helps that we have Monroe County tags so we can park in residential spots but it was not crowded. 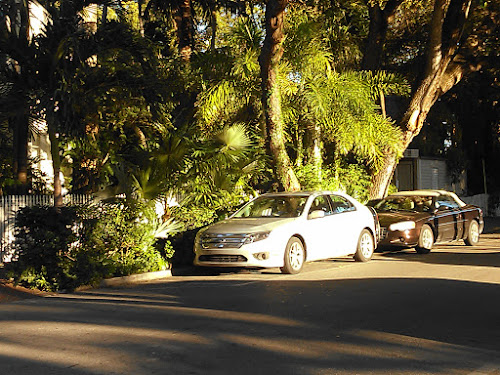 We talk about wat it would be like we're we to move back to Key West itself. I missed the unrise and sunset on my commutes which I agree are an indulgence. The time I saved not riding I put to good enough use but I am lucky that working at night I get lots of time to myself anyway. I like the peace and quiet of my stuffy suburban neighborhood and the privacy of my tree house and if that means an expedition to get downtown to a movie or a play or a concert. It was fun though, being a city resident for a couple of days. Maybe I should have bitched more about chickens neighbors and all those other things that city dwellers moan about. I enjoyed myself too much.

Posted with Blogsy
Posted by Conchscooter at 11:01 AM 6 comments: