There are times when I forget what a scenic little town Key West is. There are days I want to enjoy a view, to look across a field or down a mountain valley and of course there aren't any. All those natural features that people tend to take for granted aren't anywhere within a thousand miles of where I am sitting right now.  Mainland Florida has rolling hills and thick forests and lakes but the highest point in the peninsula is barely 300 feet high...so one gets used to what one has. And then you look at what we have on the streets of this town and you remember that this is the largest working, lived in, wooden home community in the entire country. 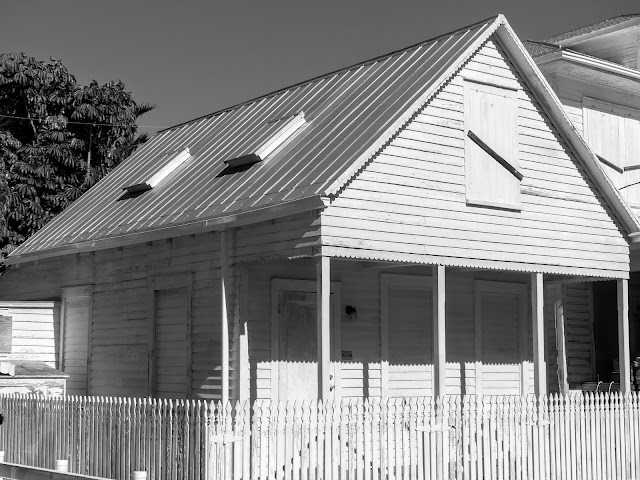 I like Florida, a state that I frequently can be heard to describe as  "subtle." Compared to California where I lived previously you have to look to see the features of this state. It's flat and hot and sticky and full of bugs and alligators and all that and the people who choose to live here are eccentric and frequently poor but if you look around there's more to see than beaches and sunsets. 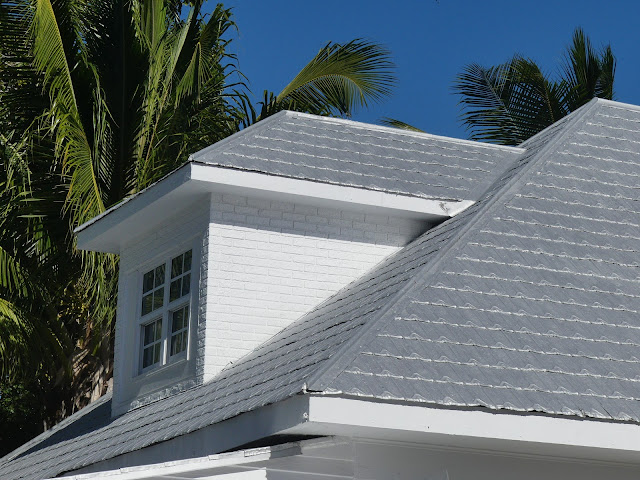 I like the wild variety of homes in Key West even though I'd rather not live in such close proximity to people with no patience and not much consideration.  It's expensive and the homes though picturesque are poorly equipped with modern conveniences like central air or high speed reliable Internet and even today sometimes the power unaccountably goes out. Not nearly as often as it used to, but it does. So I don't have Yosemite or Big Sur in my backyard anymore but I do have this, in a town where tolerance paradoxically is a fine art among strangers. 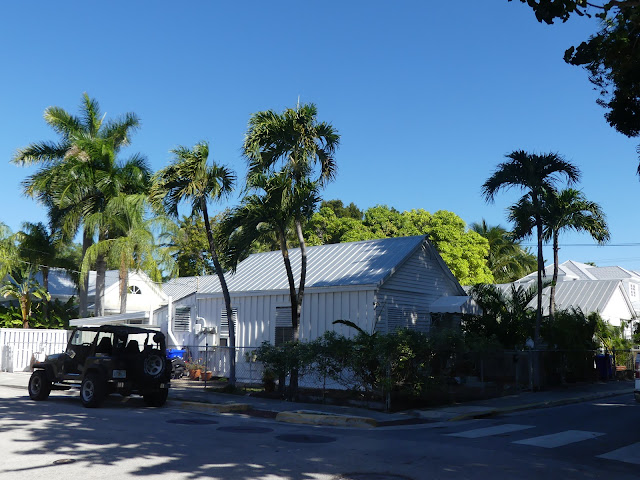 It's not a good climate for metals and woods and paint. The sun and salt air and moisture are relentless, but I just treat that as a problem for people who like to live in old houses. It's their paint, let it flake. Seriously though a camera is a great tool to remind you to look and really observe what Key West has to offer. These homes may be overpriced, uncomfortable and impractical but they look great. 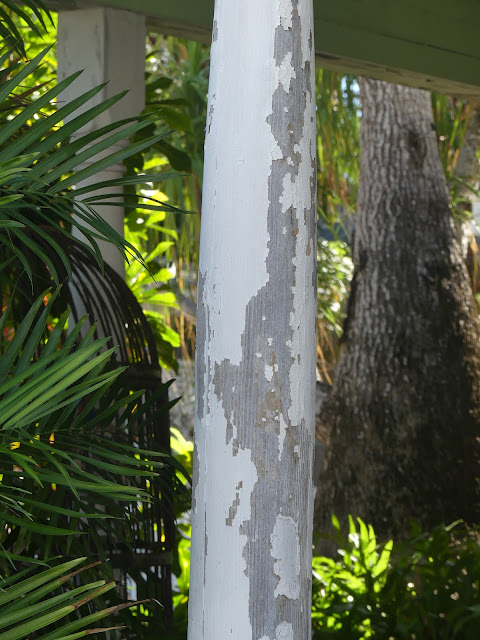 On first contact everyone likes Key West especially if they come this time of year when the sun shines and the shirt sleeves are the order of the day when snow is piling up in drifts everywhere else. The practical side of life can push some people away, the high cost first of all, followed by the lack of amenity, no bowling alley for instance unless you are in the military, limited recreation unless you like fishing, not much shopping and Walmart appears to be bailing from construction proposals (Yay!).  What has kept me here is my job oddly enough as Key West isn't  a first choice to develop a career, but also the ease with which I can live ina town that turns a blind eye to oddness. It's okay to dress badly even a badge of honor perhaps. Riding a bicycle to work is sensible not wilfully eccentric. Dressing up in women's clothes by people other than women produces no visible reaction. Failing to recycle is a personal choice not an anti-social statement and falling down drunk on the way home is simlarly nothing to get excited about. I like that level of toelrance even though I find too many people moving here who find tolerance a difficult trait to develop. 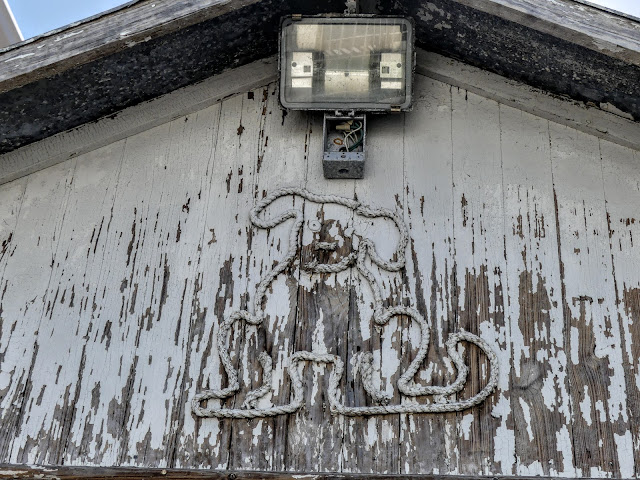 Lots of these homes, especially the neater better painted ones are rentals or part times residences which is a shame as lots f people would like to live closer to town than the commutes that are forced on them by rising prices. Short term rentals which are illegal without a license can make a lot of money for a homeowner. Much more money than a long term rental. 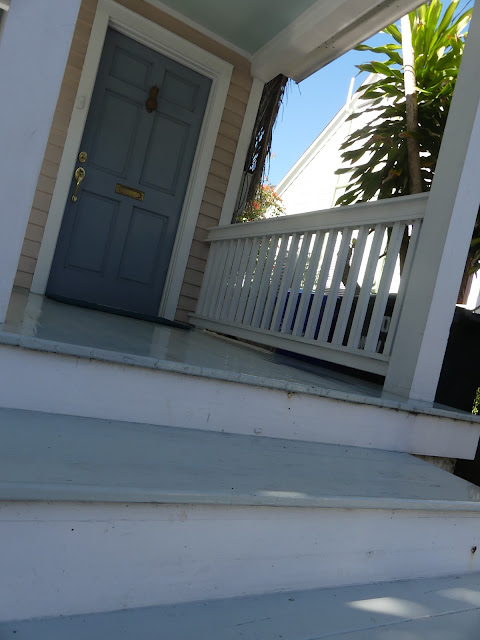 I like living in the suburbs where I get more house for the money, fewer drunks, no parking problems, a canal to swim in and long quiet days and nights. But it's not terribly scenic all these little boxes on stilts. This isn't my house which is actually painted a bilious Pepto Bismol pink, a color I inherited, but it is a typical manufactured home raised above potential flood limits: 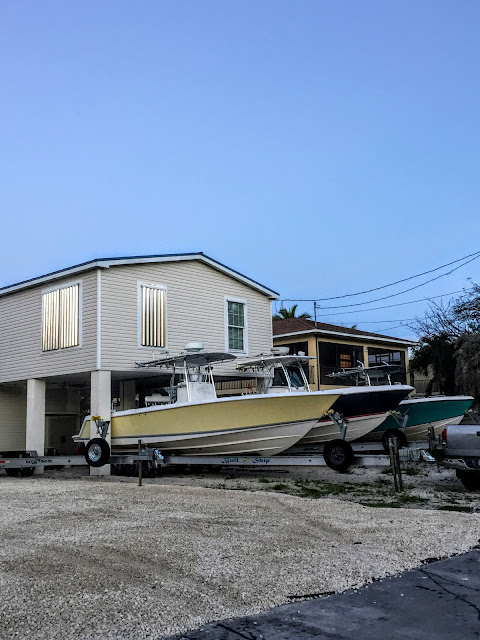 Cycling around Key West is a popular activity but I like to walk because I can then spend the time to stop and look if something catches my eye, and something always does. Night time is pretty nice too, cooler quieter and more intriguing. 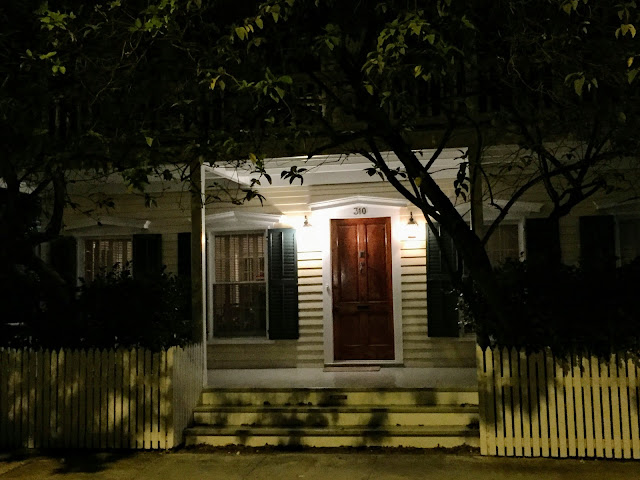