I was in town at about that time of day, setting sun, glowing homes under a blue sky. 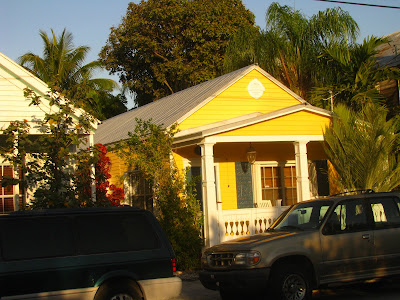 Father Felix Varela was born in Cuba in 1788 and moved to St Augustine, also part of the Spanish Empire where he studied to become a priest, and at the age of 23 was ordained back in Havana. 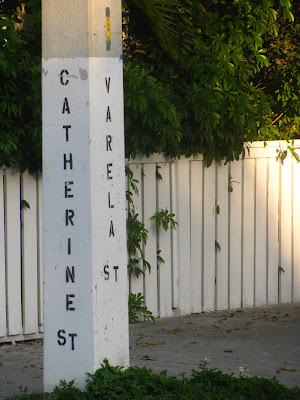 Father Varela's support for human rights set him at odds with the Spanish monarchy and he went into exile to New York in 1823. He ministered to immigrants and the poor in new York for 30 years before returning to St Augustine and dying there in 1853. There is now a move afoot to have him made a saint, in the meantime he gets a street named after him in Key West... 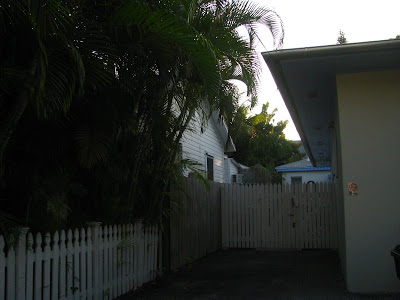 It's a typical Key West street, pretty especially in the evening sunlight. 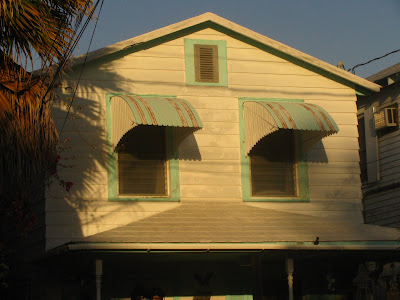 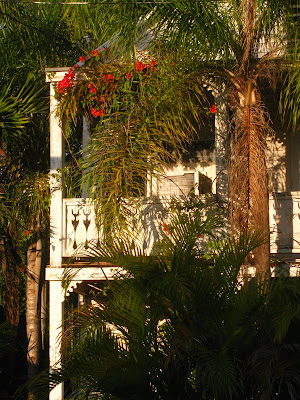 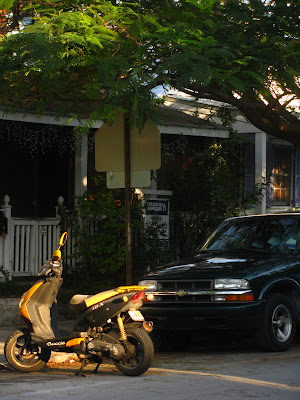 I have been trying to grow my own bougainvillea, a plant that refused to grow for me when I lived in coastal California. We had a spell of heavy rain after I potted the plant and it apparently drowned. I have been hoping to see signs of life in the little brown twigs in my pot, but I think it has gone to it's reward. Everyone else seems to have difficulty controlling the size of their bushes. 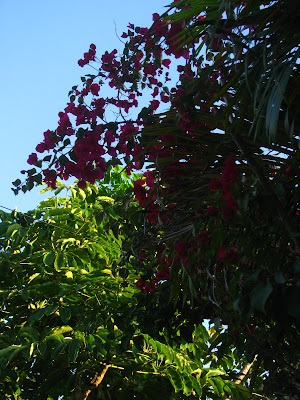 In fact, everywhere I look there are signs of flourishing bougainvillea. 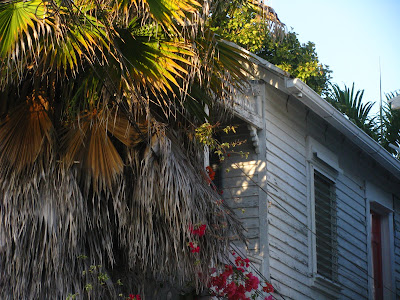 In the next picture I was looking at the varied roof lines and there in the bottom corner is a spray of red, as though mocking me. 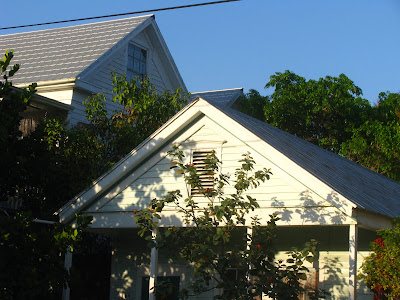 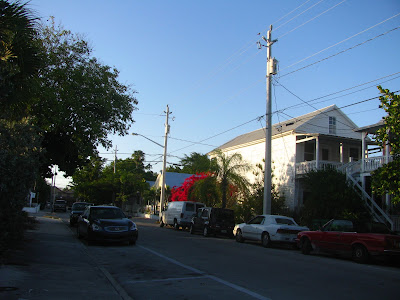 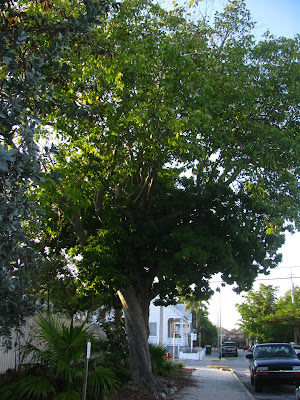 A cyclist came whizzing through enjoying his ride and distracting me for a moment. 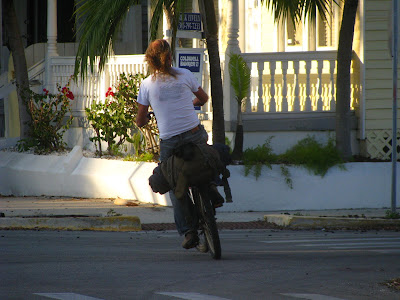 And there was the Bonneville, about to be devoured by the bougainvillea monster. 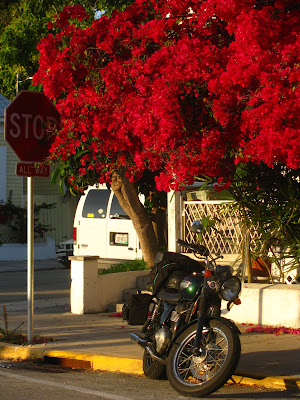 A quiet Old Town street, looking toward the site of what will likely be the next City Hall, currently Glynn Archer school. 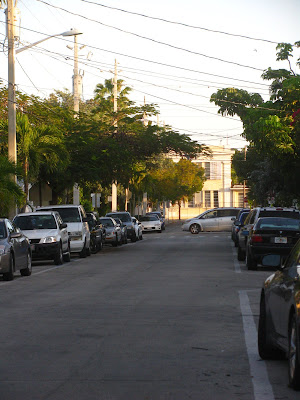 There has been a prolonged spell without rain across much of Florida but in Key West greenery keeps on growing. 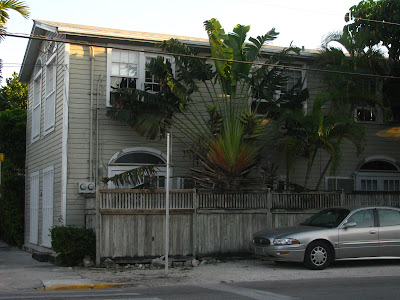 And where there are no plants there are instead representations of plants. 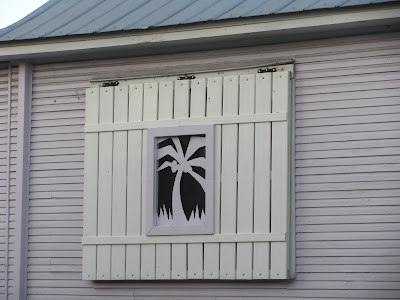 Just another typical street in Old Town indeed.
Posted by Conchscooter at 12:01 AM 2 comments: Links to this post