My Date With A Cheerleader 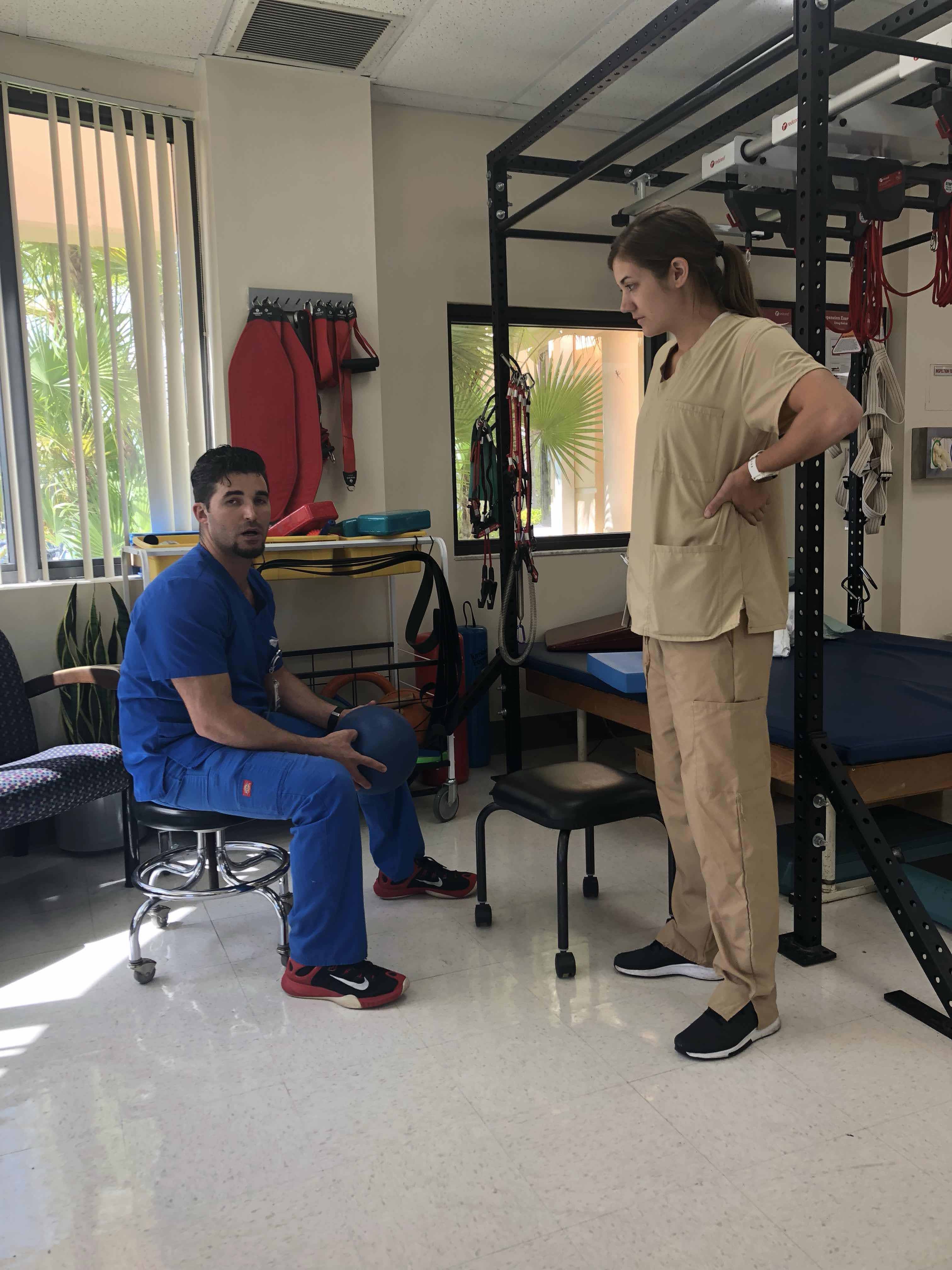 Eddy says I lack stamina. Which reminds of the time the nurse’s assistant was helping me to pee in the bad old days before I could do it myself. Sharnae is a slight woman, dark skinned with long black tresses down her back and the air of a schoolgirl even though she is in her late 20s. She grew up in Miami and has the wiry toughness you would associate with a survivor of  the  inner city streets. Usually when I pee I almost fill the bottle which pleases the medical professionals in some mysterious clinical way. Anyway she peeled back the sheet that day and peered down at the almost empty bottle nestling between my legs. “Is that all you got?” And at the same moment we both burst out laughing. A running joke. First time any woman had the balls to say that out loud to me I told her and she giggled some more. 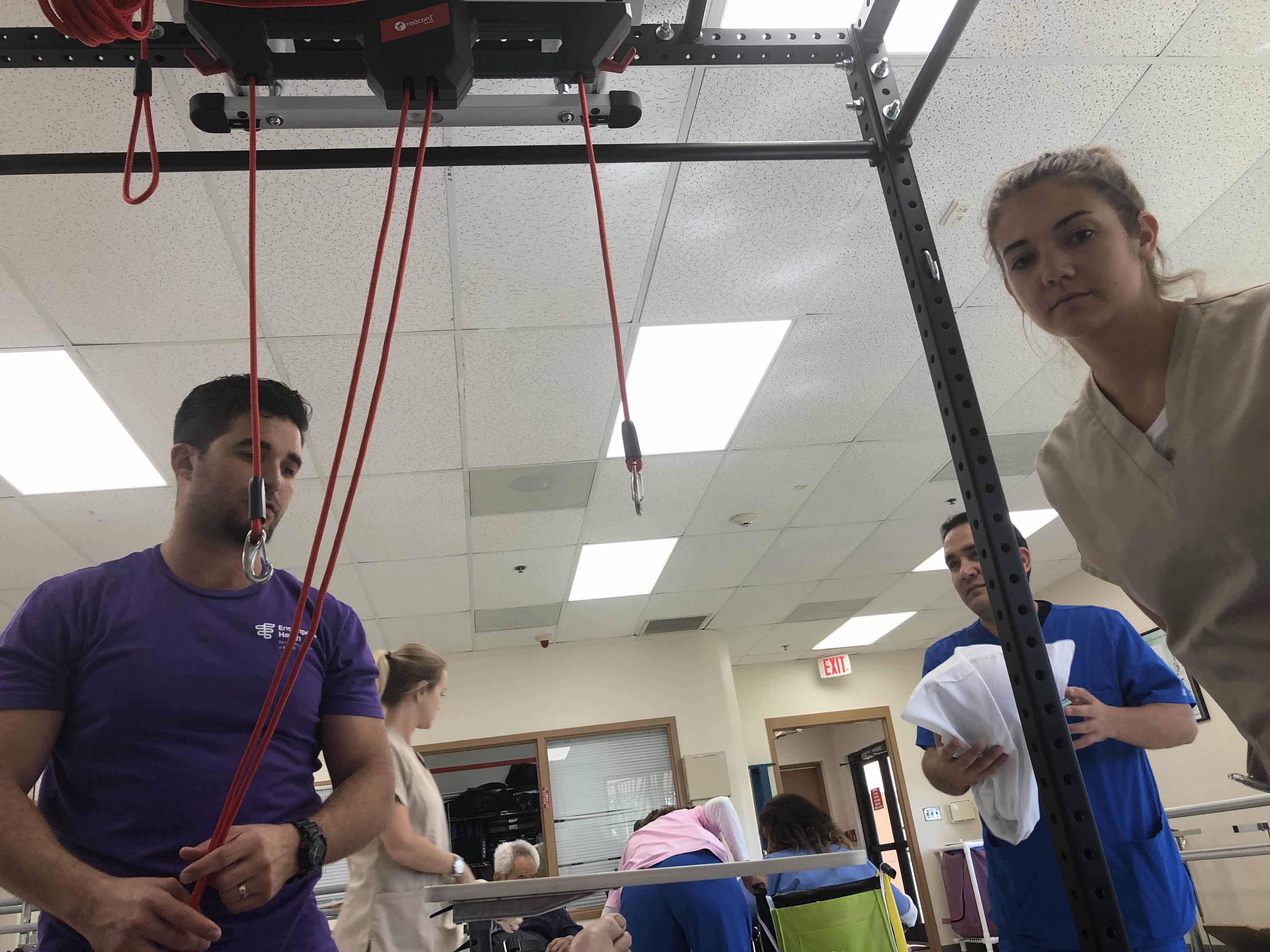 So, back to physical therapy and Eddy’s rather dim view of my stamina. Thus instead of walking Friday he used his new student to supervise building my ability to support myself on my arms and legs. He started out by showing Kimmi, the one in the students’ brown coveralls how to deploy the red ropes. The way he supervises the students reminds me of how I train new dispatchers.  Out of the pan into the fire. I figured my job was to test young Kimmi...not a bit of it. She took charge. 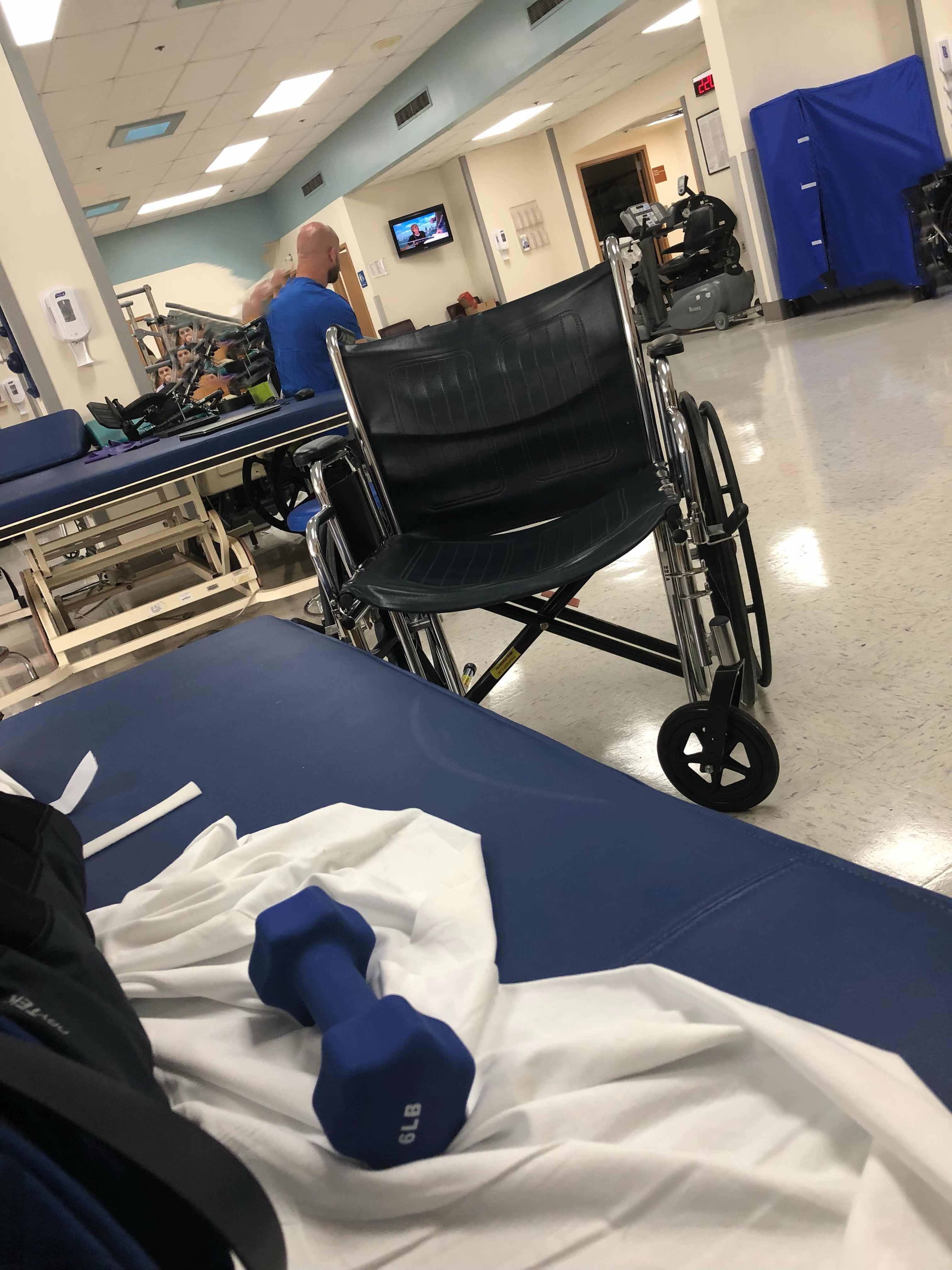 I laid out on the bed and got 90 minutes of unending torture. Young sweet Kimmi from Kentucky had me on my stomach, the second time I’d ever done that since the accident. “Try a plank” she ordered. Wh-a-a-t I muttered feebly. A plank? I can’t do one of those. I am a cripple. I have a broken leg. Broken in several places. Fat lot she cared;  I did several bloody planks sweating and trembling. My longest was 30 seconds finally, I told Eddy as he swung by to check up on me. No he didn’t Kimmi protested. By my watch it was 26 seconds, he was counting fast. Holy shit I said, are you descended from a line of drill instructors or time keepers? The torture continued. Of course as she is pretty and dressed in brown Elias stopped by from occupational therapy and said hello. It didn’t stop. Pretty Kimmi stood over me and moved my legs in and out and up and down and followed up the muscle burning sensation with bridge poses and moved my leg supports to put more effort into my lower back. Time’s up I said looking frantically at the wall clock. No it’s not she said looking at her infernal never wrong wristwatch. Three more minutes. Lift again... and again...and...Okay. Rest. So I asked her about herself as she busied herself supervising my transfer back to the chair. 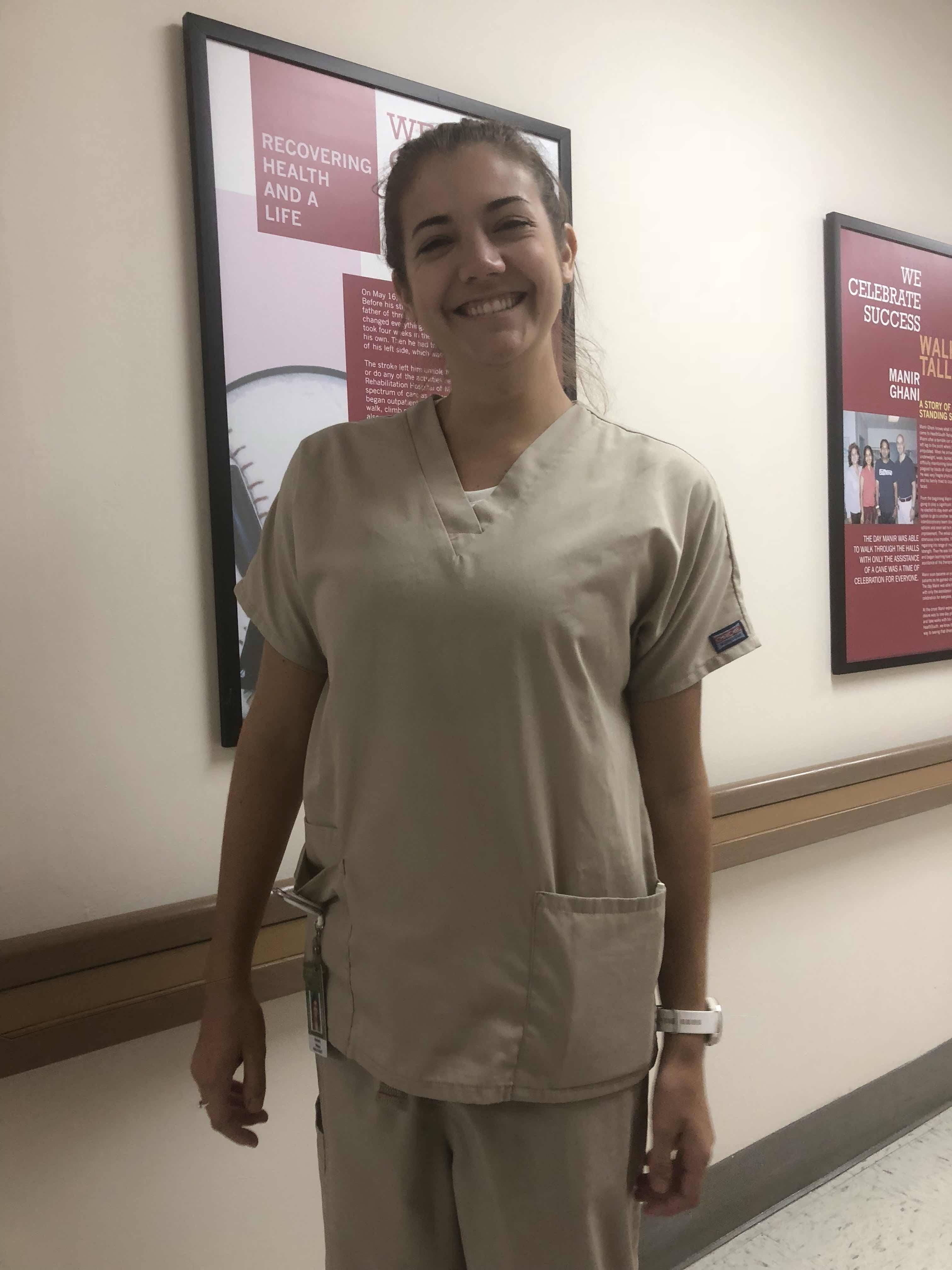 She wanted to study away from home in Louisville, and South Florida has excellent therapy schools. Who knew?  She studied hard in high school but wasn’t a nerd I discovered. She was popular. Thank heavens for Meg Cabot’s gift to me of a novel called “Vanished” which gave me an outline of what to ask her. No she said I was never a cheerleader. (Liar I’m sure). Did you pick on the unpopular nerds (Jess in Vanished I’m thinking)? Oh no she said acting like butter wouldn’t melt in her mouth.  I’ve got this one pegged I thought to myself as Eddy wheeled me dripping with sweat back to my room. Pray God she gets another therapist trainer next week. Stamina yes but at the cost of my life seems a bit too steep. I can’t help but think she’ll make an excellent therapist one day. I’m glad I’ll be fully ambulatory and a hundred and fifty miles away by then. Great date, sweet young woman, but lord I’m an old man and I need a Percoset.
Posted by Conchscooter at 3:50 AM 3 comments: