In our effort to combine Layne's medical visit for proposed shoulder surgery with a van trip we took a hotel the last night to let her recover from their intrusions and I was delegated to pick up dinner from PF Changs, a dinner that was not that great in the end but it did get me a rather enjoyable walk. 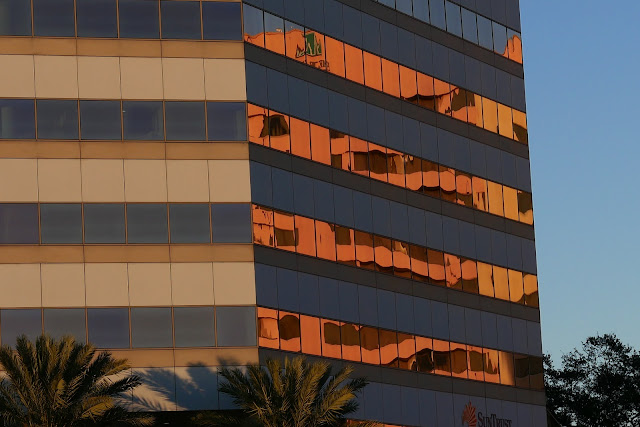 Google maps said the Hampton Inn was almost a mile from the restaurant so I set off with my indefatigable companion and my camera while I left the internal combustion parked. To her credit Layne did not give me her look when I suggested a walk but instead provided me with a cloth bag to store the loot. 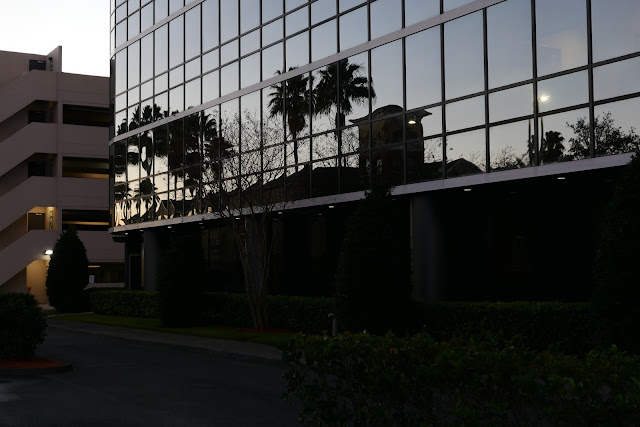 The light was lovely and the air was cool and fresh. 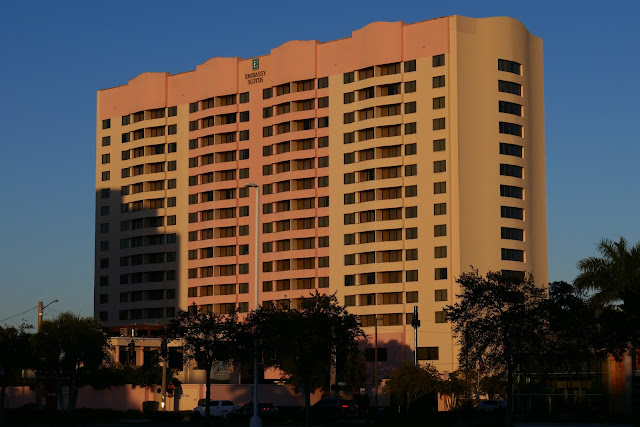 I am no one's idea of an urban stealth guerilla, I lack most of the attributes of one used to fending for himself  in the big city but... 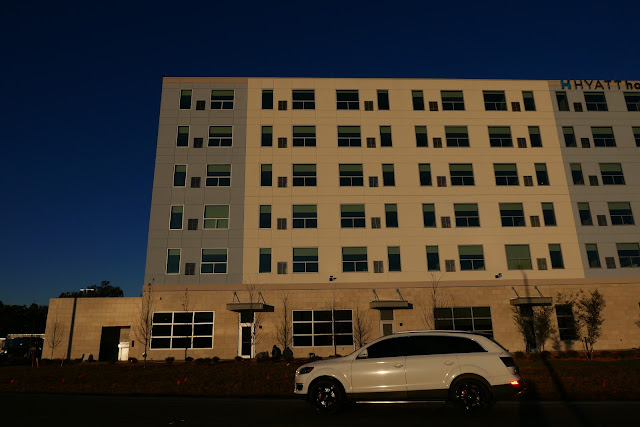 ...I do enjoy admiring the landscape, the architecture, the lines the colors and the shapes. I walk like little-Johnny-head-in-air. 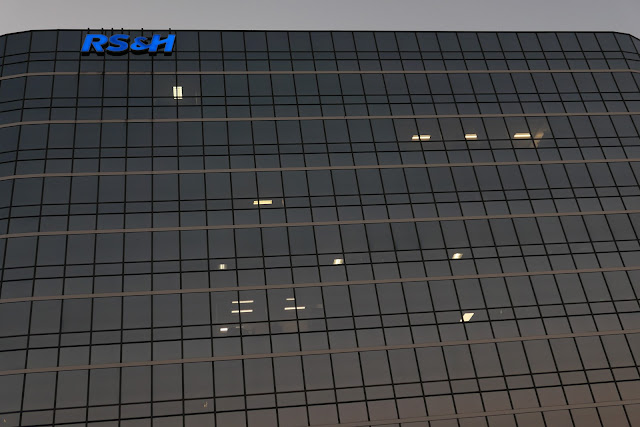 My dog paves the way and keeps me grounded as I look around at a world far different to the easy streets of Key West, my home. 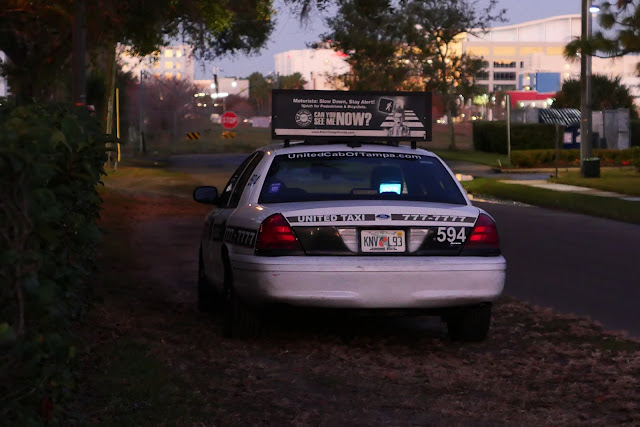 Florida's colorful saltire in the evening sun. I calculated thirty minutes there and thirty more to stroll back and I would be tucked up with Mongolian beef before dark with my wife. 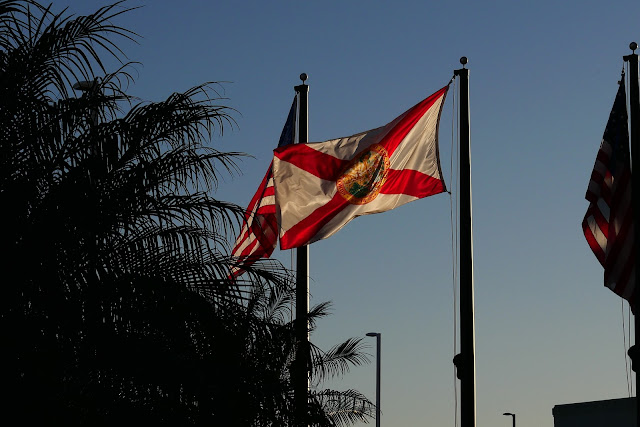 When Rusty and I walk it is more of a stroll, or an amble, while he sniffs and I photograph. A sunset fountain: 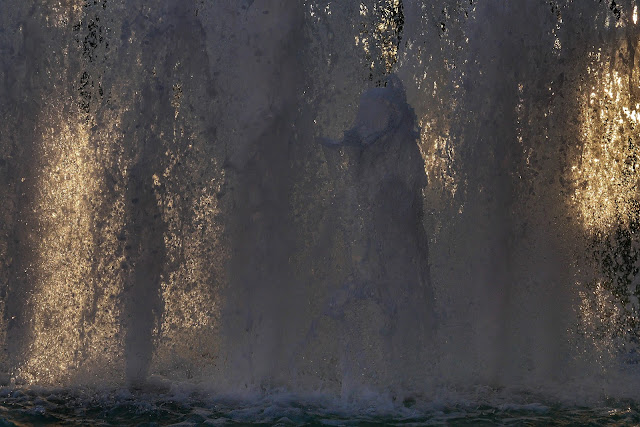 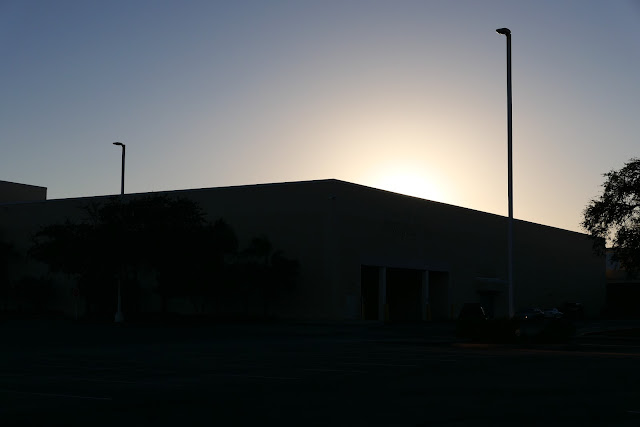 We walked through an underpass next to the main road and on the way back some asshole fired off a series of backfires under the bridge and they reverberated. Poor Rusty who has been the object of angry farmers with guns  got an attack of PTSD but luckily he comes to me when he is afraid and I tried to comfort him. His tail didn't go back up more than a block down the street and he was still anxious until we got inside the hotel. He is a tough little urchin but fireworks and bangs freak him out. Life in the fields of Homestead was not easy for him. 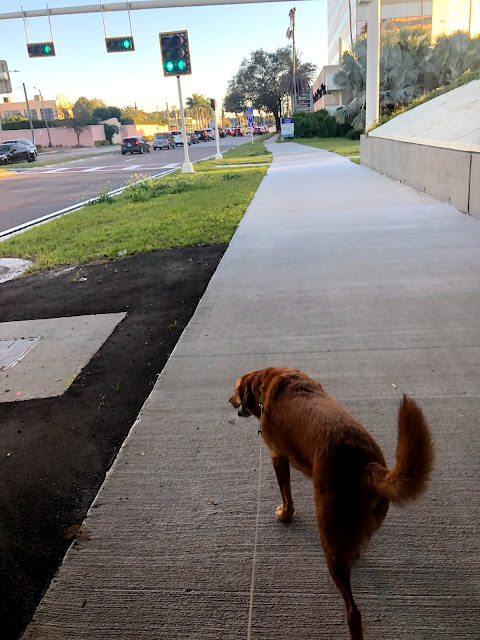 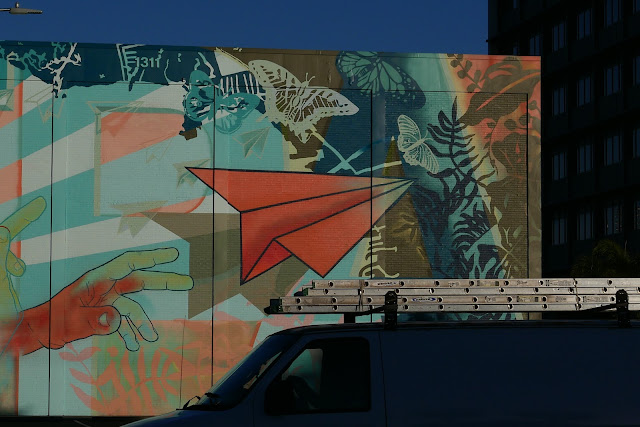 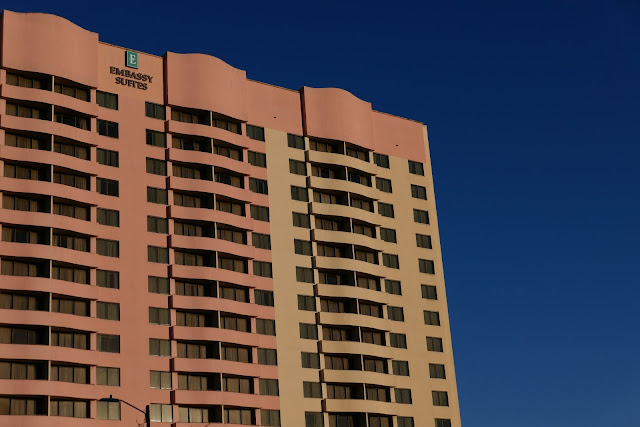 This peculiar place, below, was one of several strip clubs. I liked the lighting. 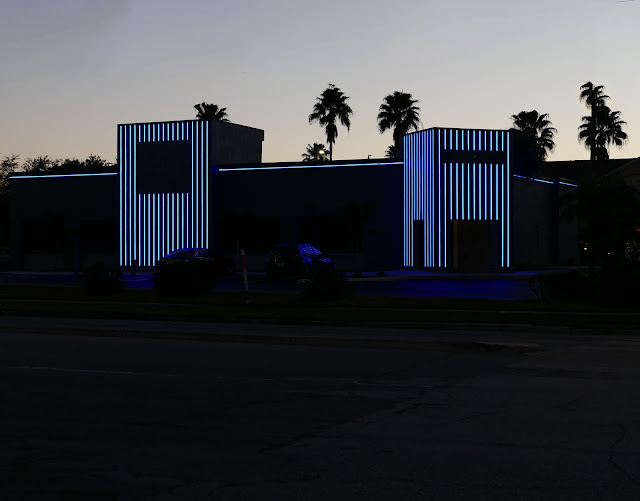 Temperatures predicted to fall to around 55 degrees. 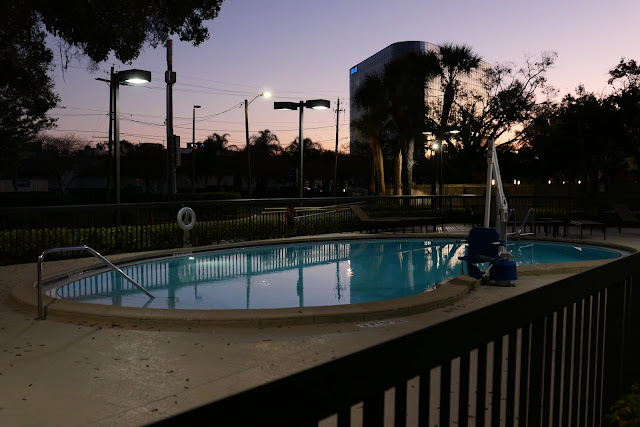 The sign would be a lot funnier if they trusted their customers and left out the bit about kidding.  A joke is funny when not offered with a nudge and a wink. But there again the place is closed after a year ow9ing to the owner's sudden death according to the Business Journal. Apparently investors were already suing the place after it cost eight million dollars and four years to open the restaurant and bar. Much drama apparently but the funny parking signs are still in place so there is that. 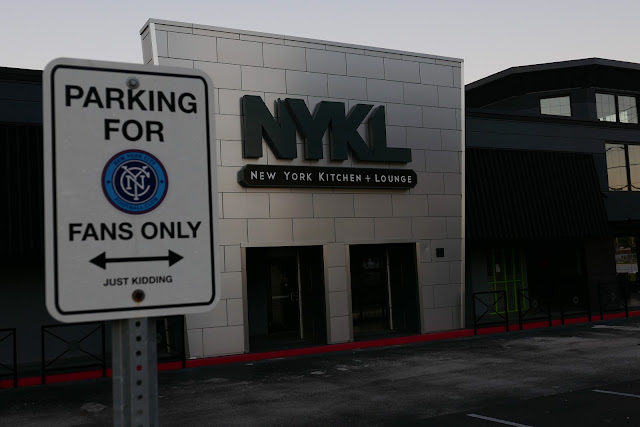 Hormone Replacement Therapy and Rejuvenation is yours for $300 a month they advertise. It is a medical center they say. Caveat emptor. 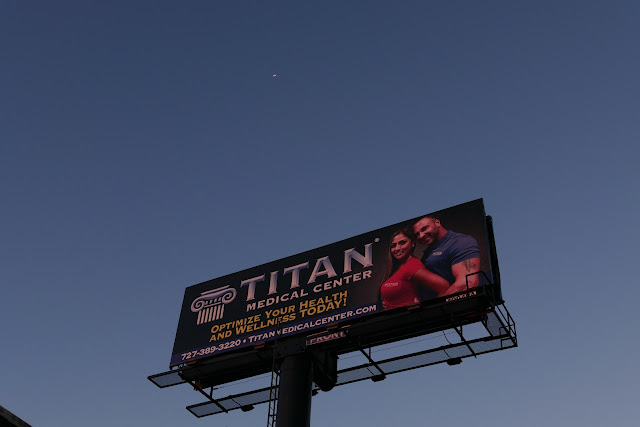 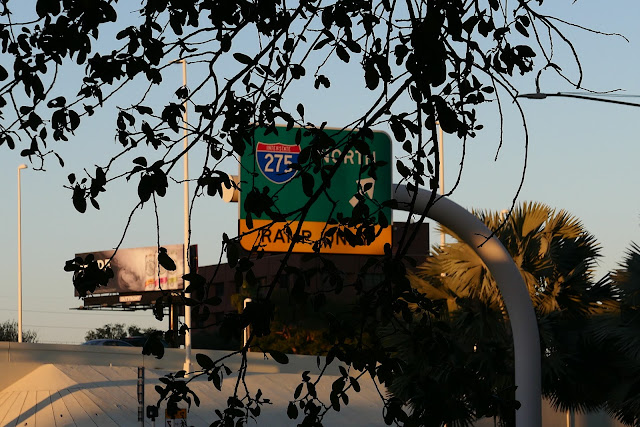 A properly crowded evening commute, not like the pantywaist traffic snarls in the Florida Keys: 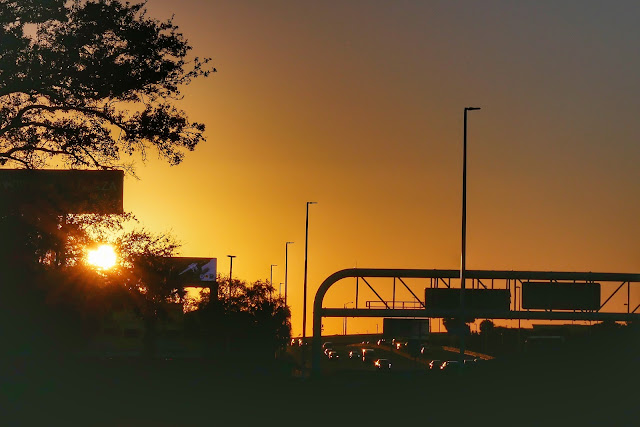