Monday 25th October 8:00pm
Rest Area in Alligator Alley I-75
As you read this I have left the Florida Keys and Van Life begins. I am happy about this change in my life, this page therefore is no longer a diary about a place or fulfilling other people's fantasies but a true record of where we go and when and how we make the journey. I used to laugh as I slipped under the toll booth awning at Alabama Jack's, in the days before they automated the Sunpass toll into the Keys.  The Keys I shouldn't forget! It will be difficult to do that. 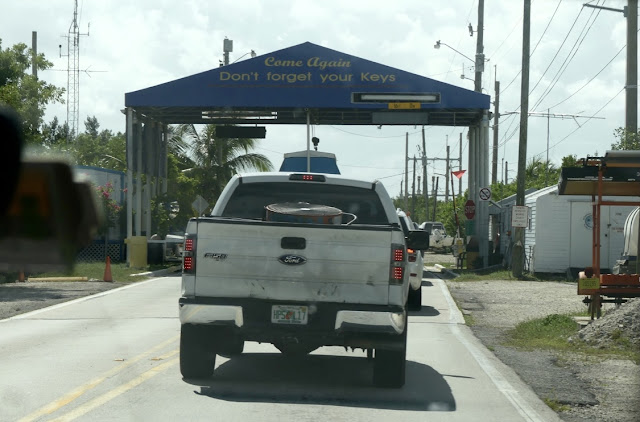 I prefer Card Sound Road to the idiocy of the two lane Stretch between Homestead and Key Largo. The state decided to keep The Stretch down to two lanes in order to lengthen potential hurricane evacuation times. This would supposedly hold back development as the Keys have to able to be evacuated in 36 hours  under threat of hurricanes. By creating a no passing two lane road the idea was evacuation times would take longer and fewer homes could be built.  The net effect is road rage, illegal passing and tail gating as cars hurry to get to the next passing zone as quickly as possible. My last piece of Keys advice? Take Card Sound Road and pay the Sunpass Toll around a buck and enjoy a laid back drive. 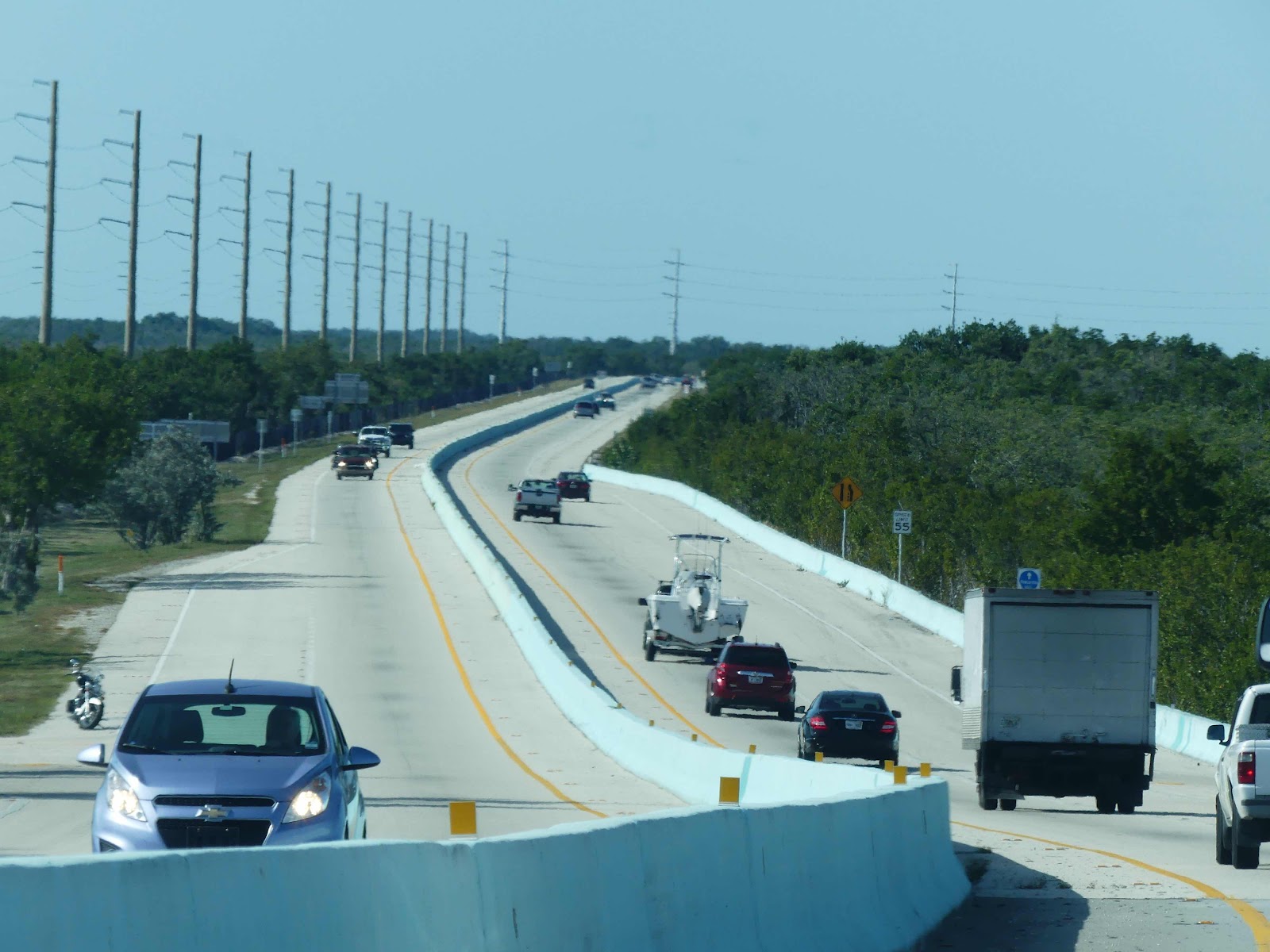 The Seven Mile Bridge, my wife's commute for many years, is the goal of anyone who drives the Keys, and you can wave at Fred the wild tree still flourishing on the old bridge. I shan't see the Christmas decorations this year but I am fairly certain a boatload of pirates will sail to Fred and light the lights. 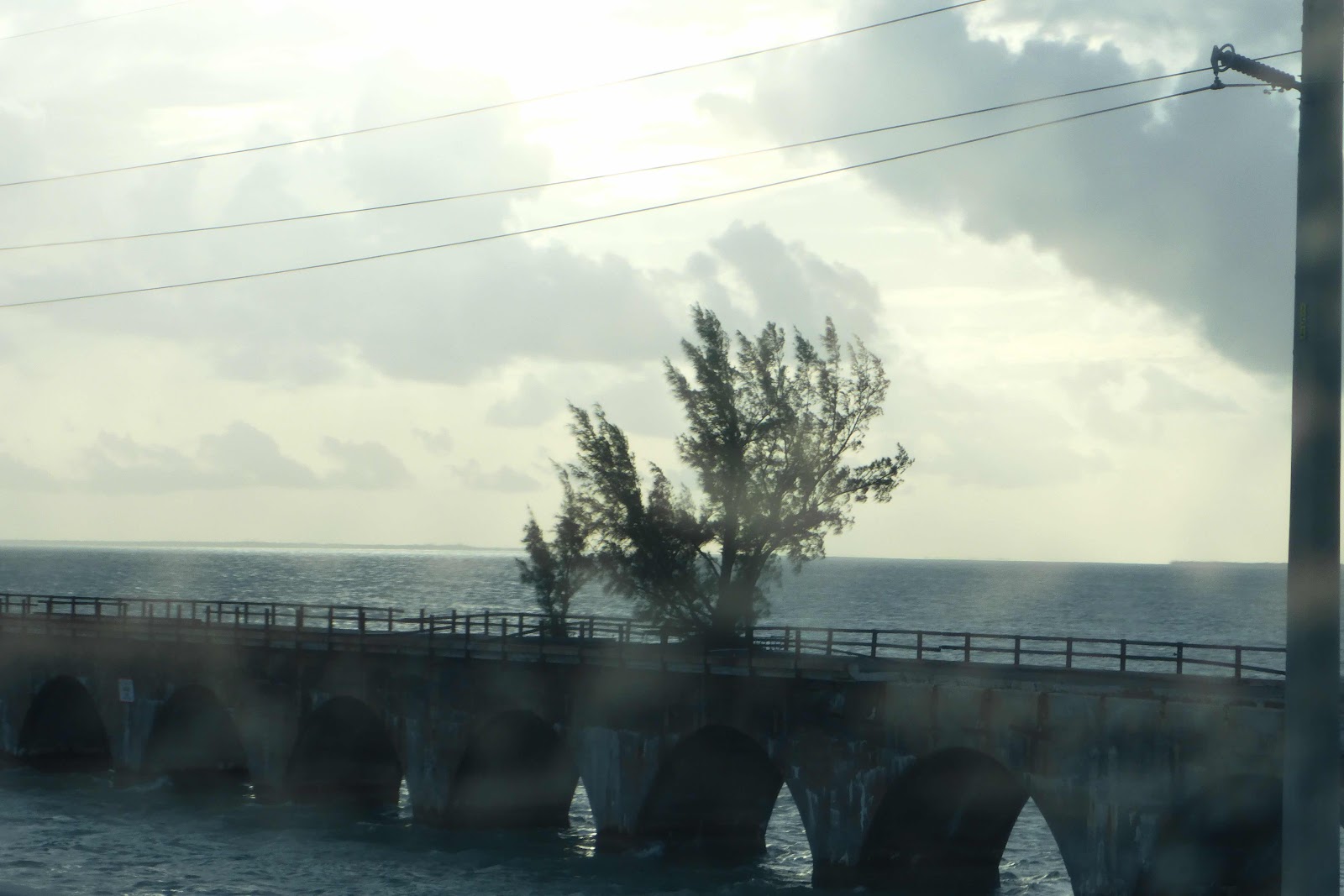 I hate to say it but at this point it can be said: Highway One has become over trafficked and is struggling to handle too much traffic. The new road has served since 1982 but the Internet allows anyone to work from home, to live where they want and everyone with money wants a slice of the safe tropics. That means too many people which means slower travel times which is okay if you are new because your expectations are what you find. Year round tourism is new and tiring. 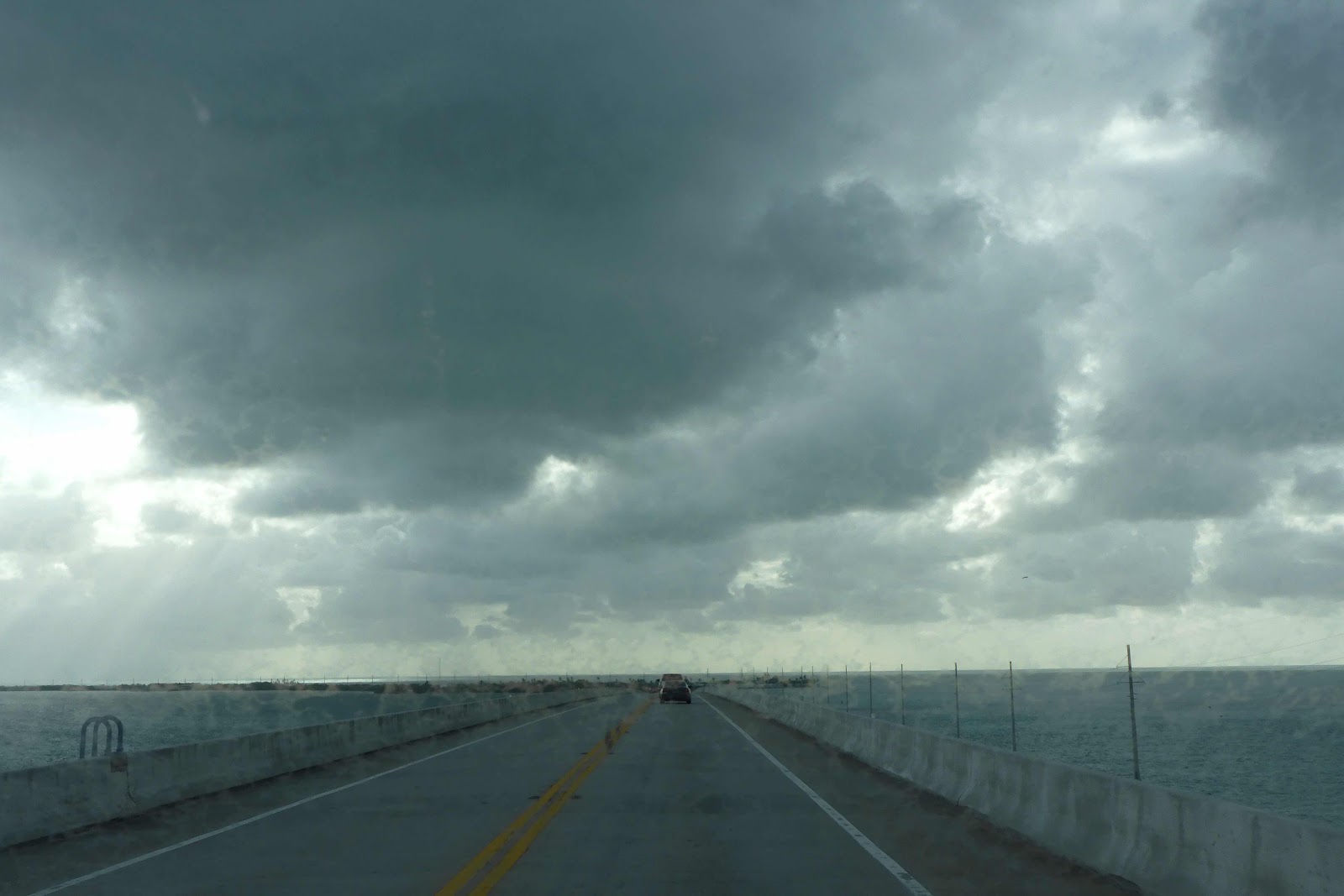 Our escape pod is a slow moving box that will take the right lane and pull over for following cars. No schedule, destination uncertain, speed not fast, 60 miles per hour to save gas and wear and tear.  Frequent stops, so we step aside to allow those with deadlines to get where they are going. In Michigan this had the unfortunate effect of nice people pulling alongside instead of passing and asking us if we were okay! Dirt roads are in our future, lots of exploration, wild camping, street parking, boondocking in the manner of 21st century nomads. 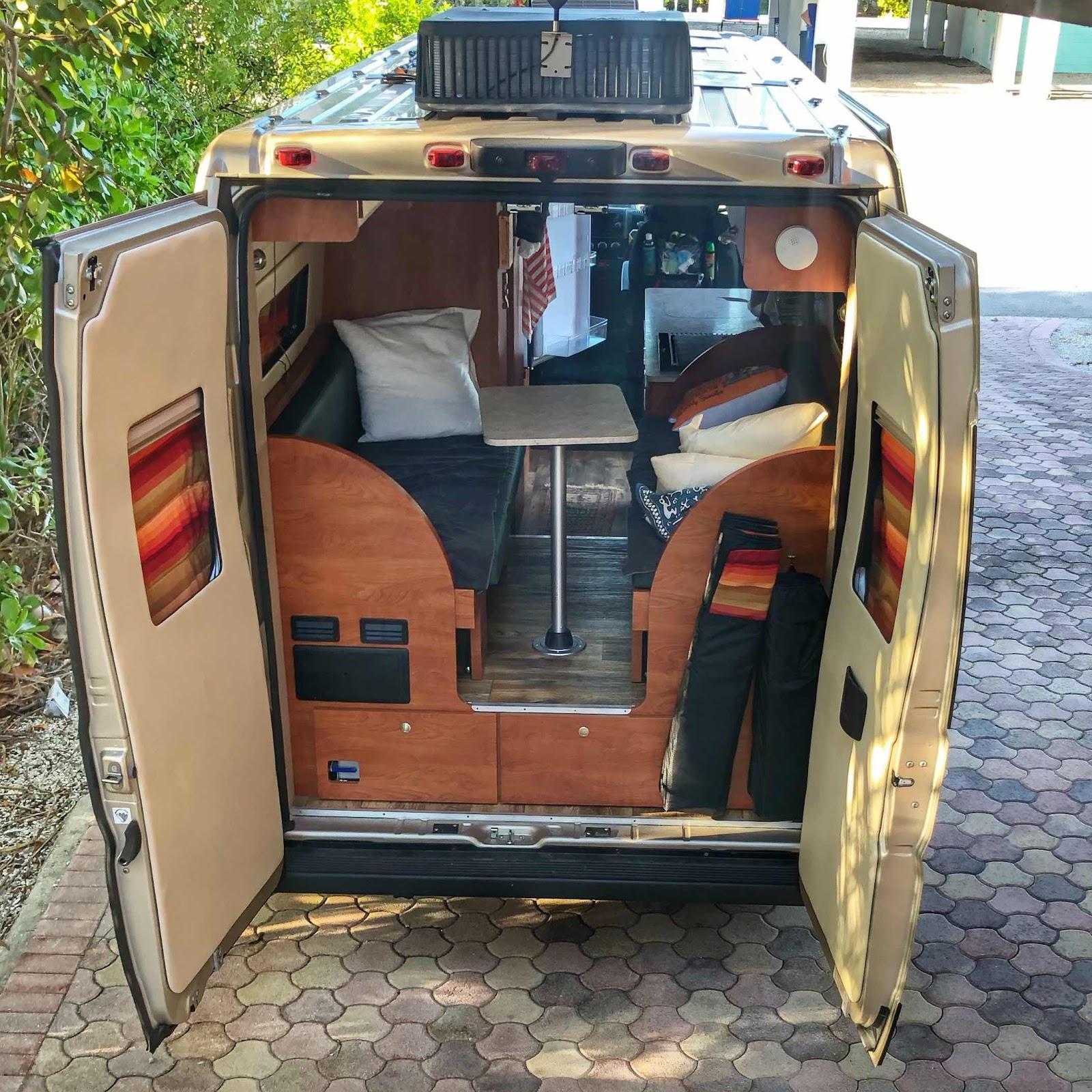 Young Rusty has new horizons and a familiar home. I can't wait to share it all with him and with you, if horizons beyond the Keys hold any interest. Many of you have said they do! I promise frequent updates, lots of pictures and places you've never heard of. I told you of my former neighbor who wrinkled his nose when he asked where we were going and I said Patagonia. Where's that? he said. I've never heard of it. He'll see it in glorious technicolor if he stumbles across this page. Fingers crossed and off we go. First stop: unglamorous St Petersburg  for the first of some non Keys goodbyes (Webb will be next).  Rusty is enjoying van life, new smells on new horizons. 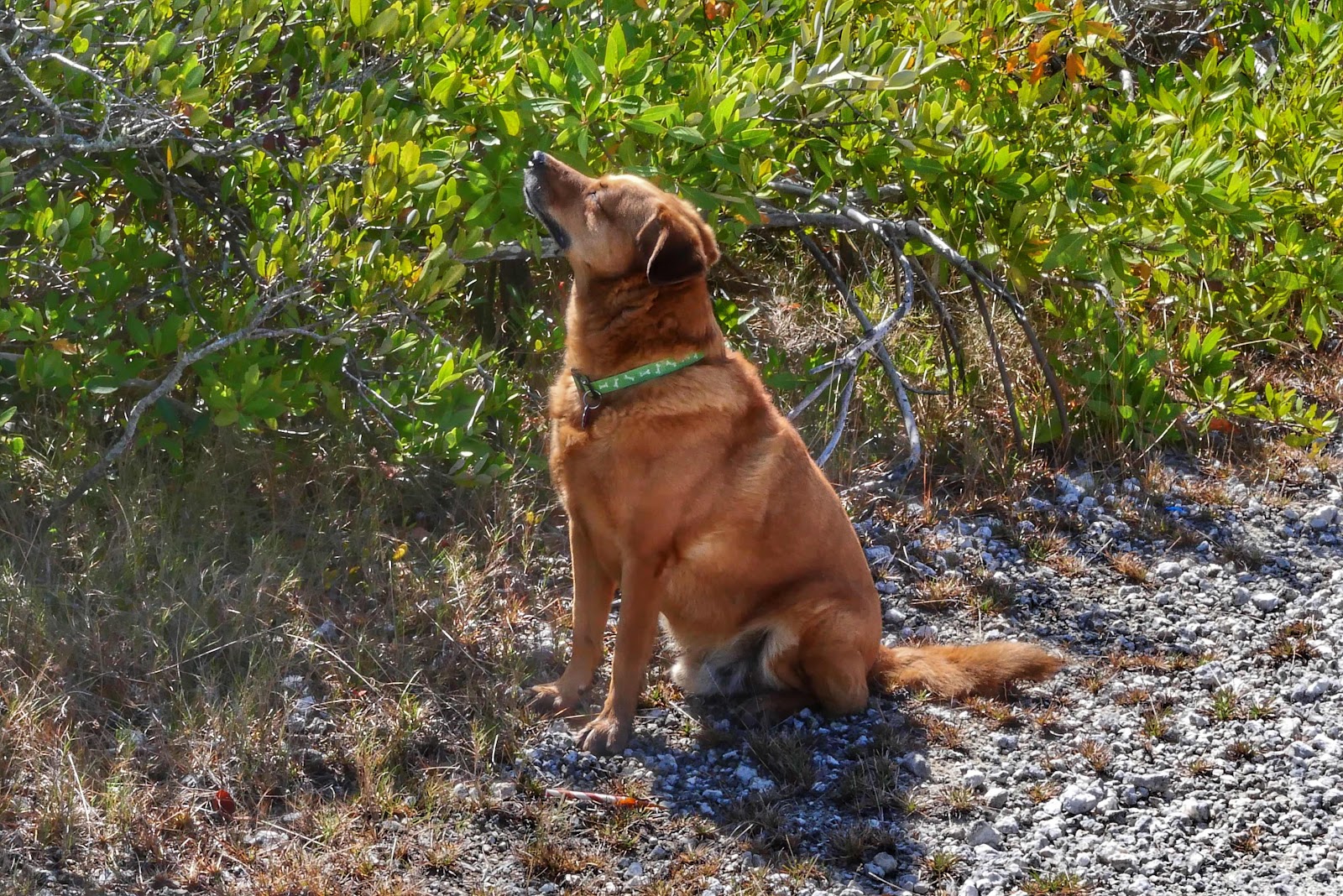 I stopped this Monday afternoon briefly to take a couple of pictures, my last in the Keys. Layne was driving the Fiat 500 to it's new owner in St Petersburg so Rusty and I were alone, and he took the co-pilot's seat. 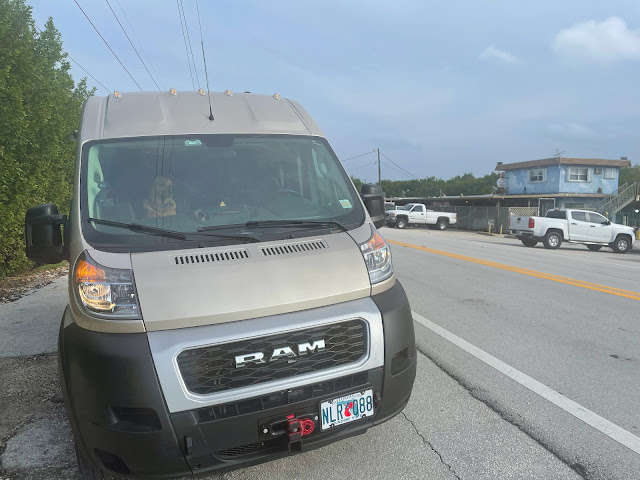 "Thanks for Visiting the Florida Keys" the sign says nowadays but still I promise not to forget my Keys. They were a good time, a special time filled with friends and things to see and photograph. Like one reader said this stage of my life resembles the last frame in the Calvin and Hobbes cartoon strips of very fond memory. This is cheerio, not goodbye for ever. Lots to see in the meantime. 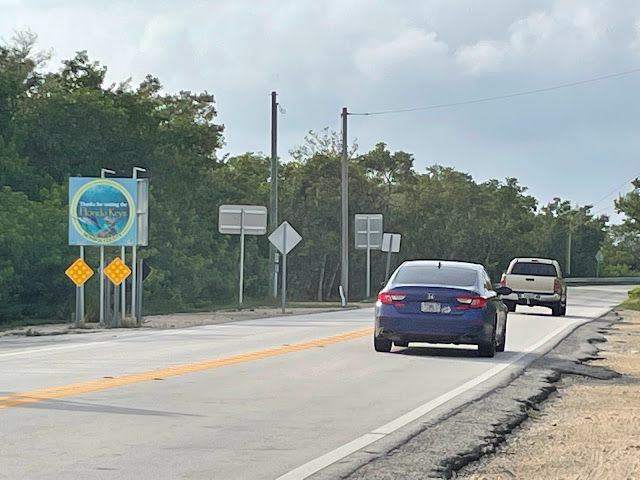 I hope one day to see the Registan of Samarkand too but that will be a much later story.
We travel not for trade alone
By hotter winds our fiery hearts are fanned
For lust of knowing what ought not be known
We take the Golden Road to Samarkand
James Flecker
Posted by Conchscooter at 7:52 PM 15 comments: