You walk around Key West, you see chickens in the wild. Their story isn't very well documented but the myth says they came over with Cuban refugees who used them for cock fighting back home. Which makes no sense as  they wouldn't have brought chickens as well, you only fight roosters. 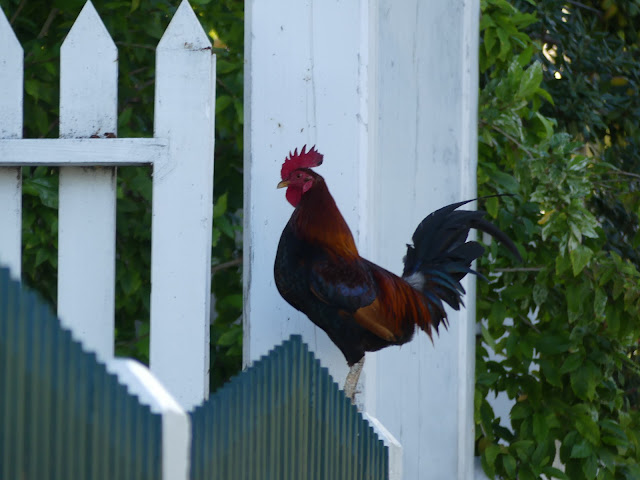 Anyway the chickens are on the streets and the tourists love them. I'm not that fond of the chickens actually as they are noisy  and  messy kicking gravel over the sidewalks...But they are harmless and do their bit for the city. 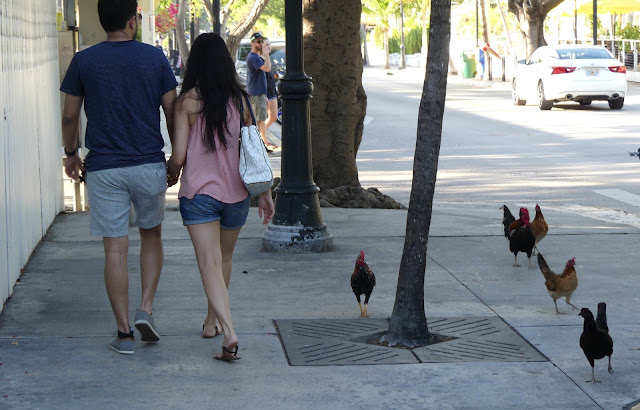 Then you see small boys chasing them. They chased the rooster over and under the tables of a nearby restaurant(!), they hunted the rooster here and there. They do this on Stock Island too and people fight them in illegal rings. Cock fights have been outlawed in Florida for a while but they still happen. And someone has to supply the talent. Enter fast small boys on the street looking for pocket money: 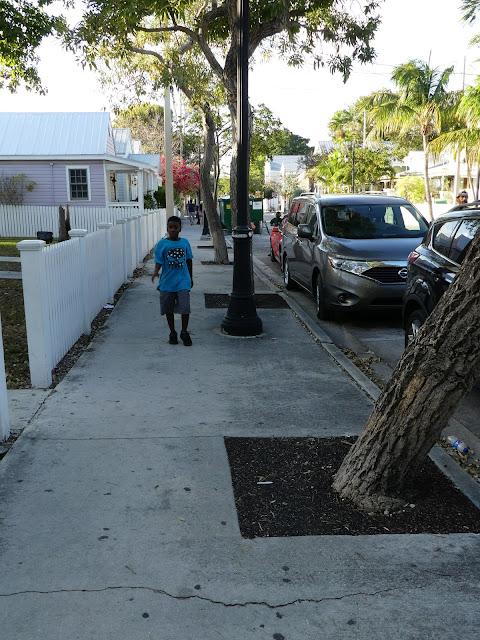 The rooster's empty pointless life on the streets is over. No crime here, just a kid with a pet bird... 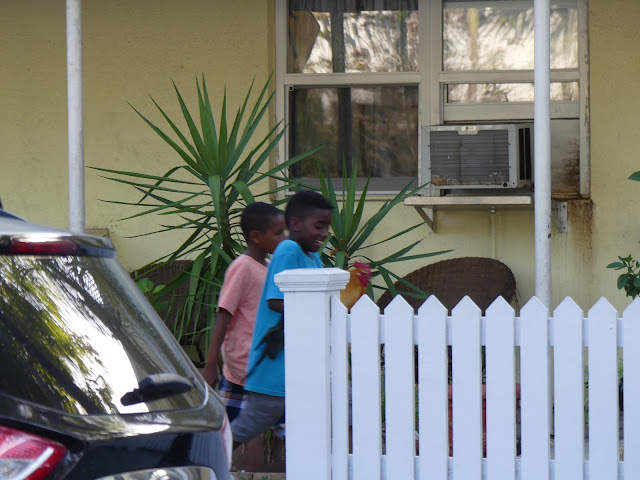 The conversation was about fighting the newly caught bird with the dude limin' behind his fence. 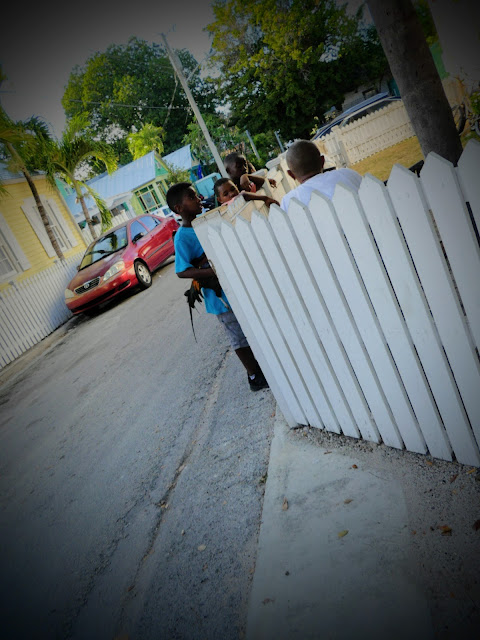 My anger spilled out when I stopped the kid and asked him what did he plan to do with the bird and he ignored me. Why shouldn't he, it's none of my business as I wander his community. So how much of this is gross abuse and how much is culturally entrenched customs that ought to be respected? Beats me, Is it worse than dog fighting..? Depends how you feel about chickens and dogs I suppose. Had I slapped the kid and deprived him of his pocket money for a day I would have been at fault. The street chickens are cute maybe, but they don't bring out the best in us.