I took my little electric Jetson scooter on my lunch break and went to make some pictures. Not just any pictures: I was trying to carry our an experiment suggested in a book I was reading. 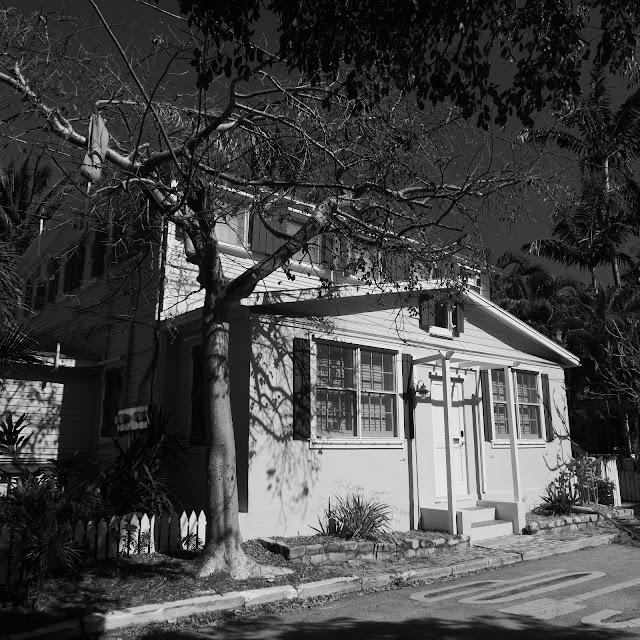 The book is "Perspectives on Place" by J.A.P. Alexander and I bought the e-text book version which as far as I am concerned is indistinguishable from a regular Kindle edition. 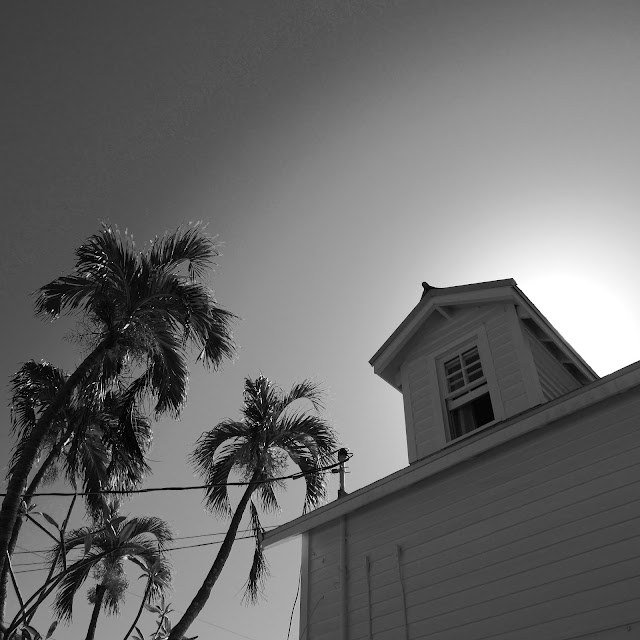 The idea was to set some limitations and take a series of pictures to illustrate a neighborhood. What strikes me as a bit odd is that I have been doing that for years in Key West  and apparently I was ahead of the curve. 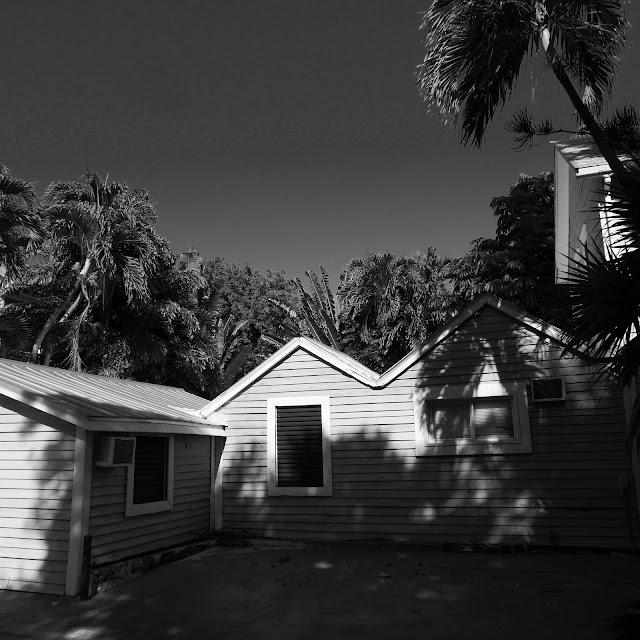 So I followed instructions and set myself a square format for the pictures in black and white and limited myself to not using the telephoto lens on my LX100ii. Usually I zoom up to 150mm but here I stuck rigidly to 24 mm, the widest possible angle. 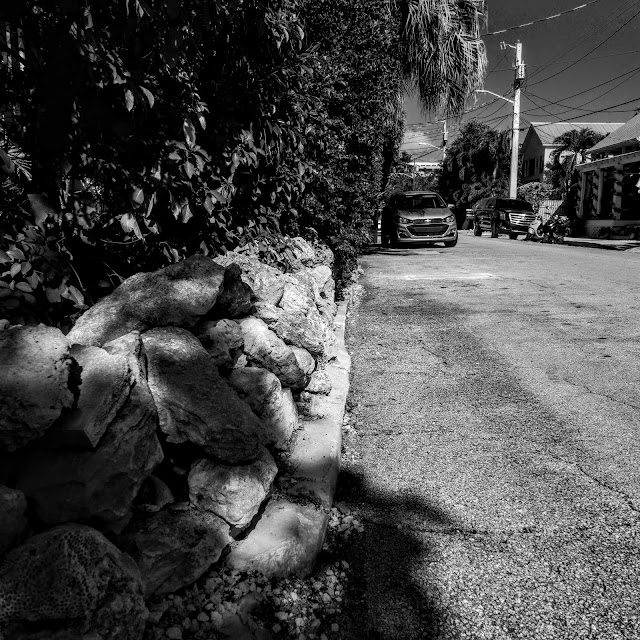 With about 40 minutes at my disposal I scooted up and down some of my favorite streets in Key West which were, in the middle of the day, devoid of humans except for one agitated terrier on a very long leash and a distracted human at the other end of it. I think the dog was surprised to see a circus bear come rolling silently by on a tiny scooter. 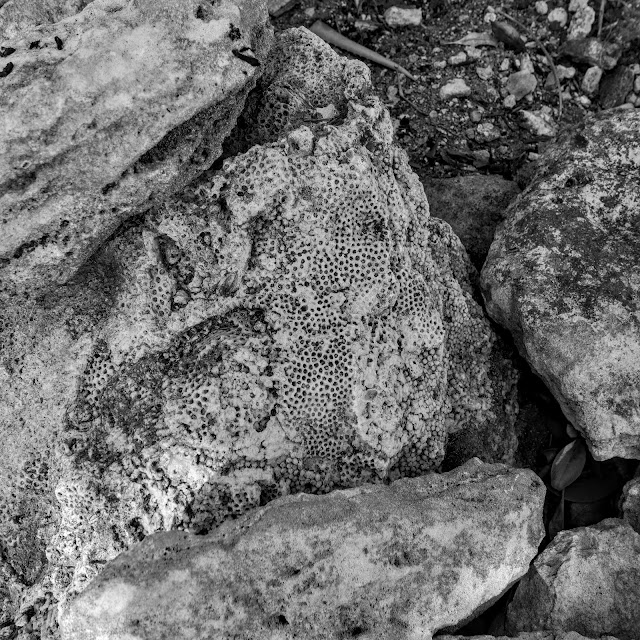 Shadows and light is how I see Key West, especially in the bright white sunlight of winter so here it is: 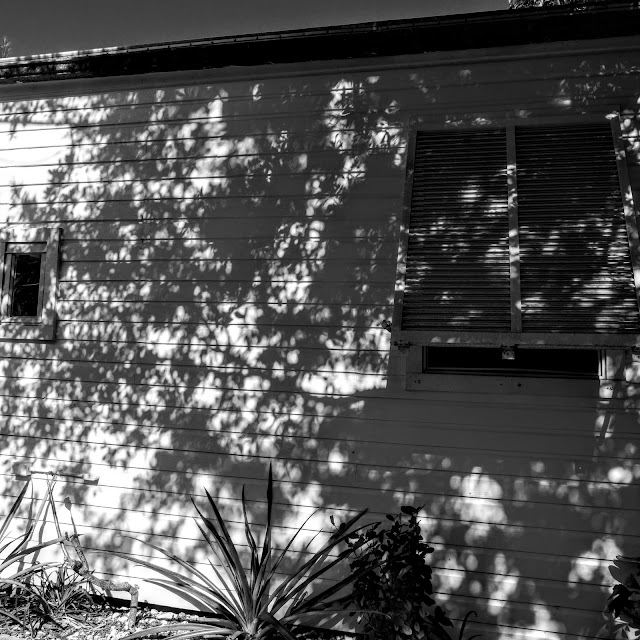 The scooter started to run down after a while, I hadn't charged it since my last excursion earlier in the week so I aimed for the police station as the speed slowed down. I found myself walking the last 100 yards which was fine  especially as my Apple watch  liked the locomotion and gave me an "attaboy." 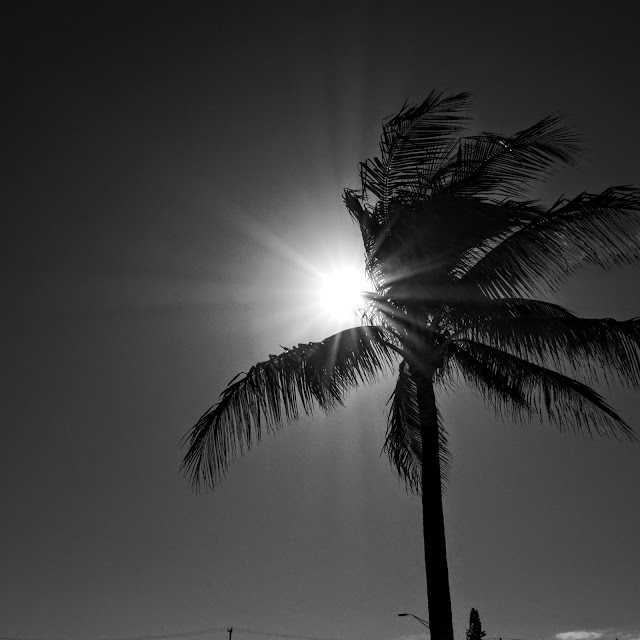 The book says one has to create a narrative which is pretty much what I do all the time... 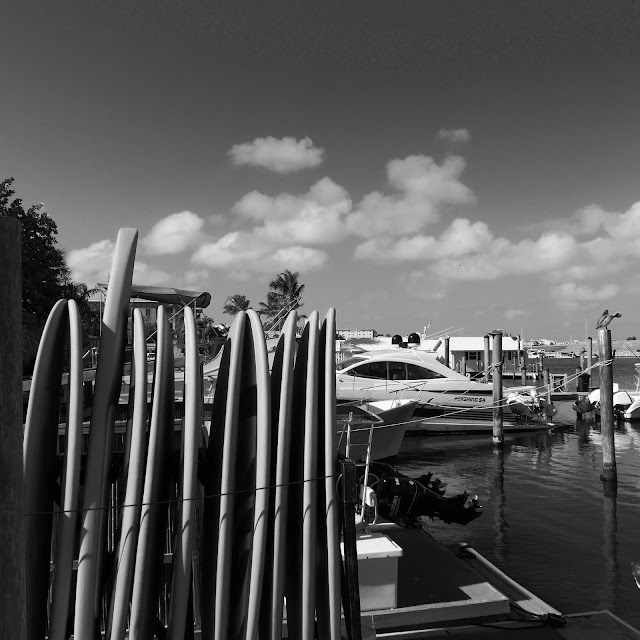 At this point I was walking the scooter so I stopped to make a picture of the surfboards all up on end. And the apartment complex all up on end against the same dark sky. A commentary on the vapid nature of modern seaside vacations. Or something like that. 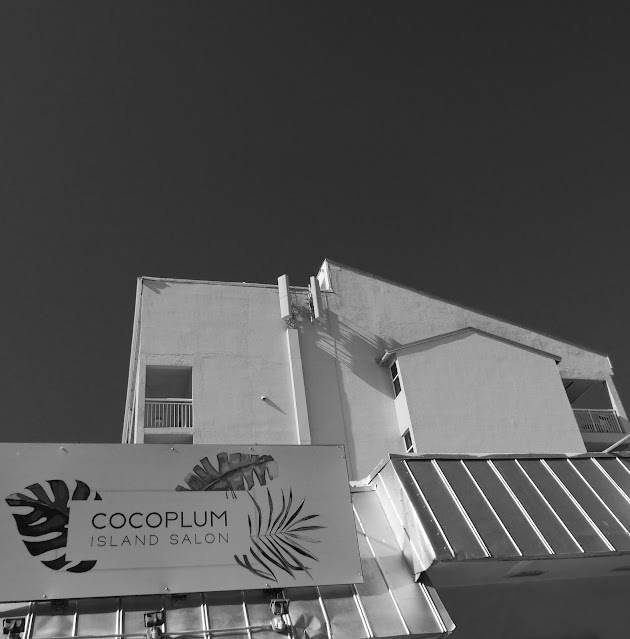 This last picture is out of sequence but I liked it quite a lot so I thought it was a good place to end this little photographic experiment. Next time I'll try to connect geography, autobiography and metaphor. That doesn't sound at all easy. 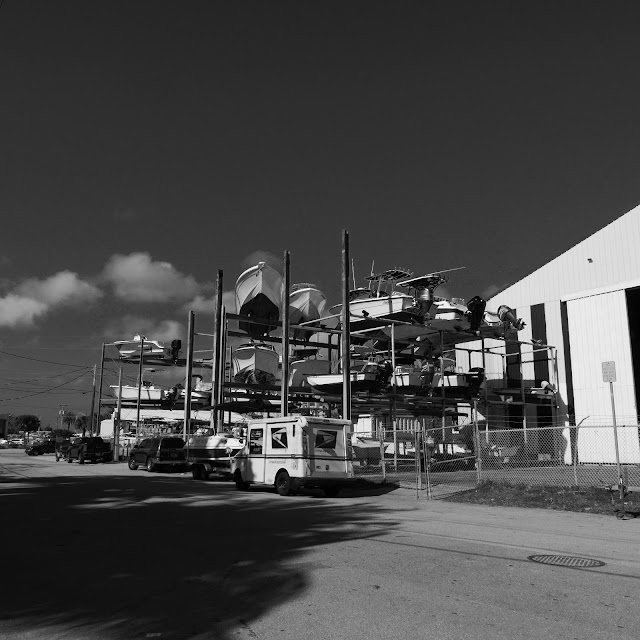