Today they vote, do the citizens of Key West, for leaders to govern the city and its budget. A thankless task in my opinion and in the most watched race a second round of voting is expected as none of the three candidates for mayor is expected to get a simple majority of votes cast. 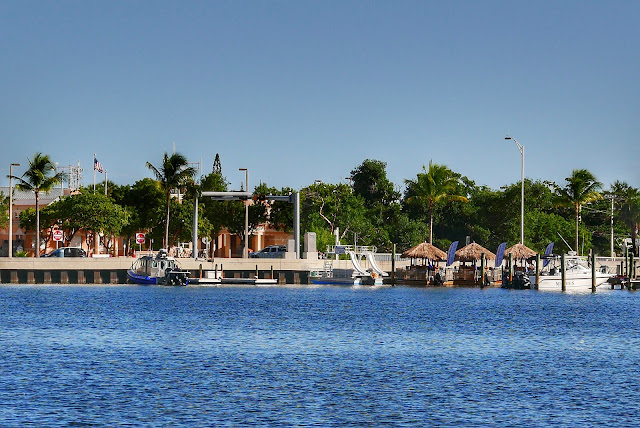 Meanwhile back in the real world life goes on, people go to work, others struggle to get unemployment and tourists argue with themselves and police as to whether or not they want to wear masks, that endless tiresome tirade against common sense. 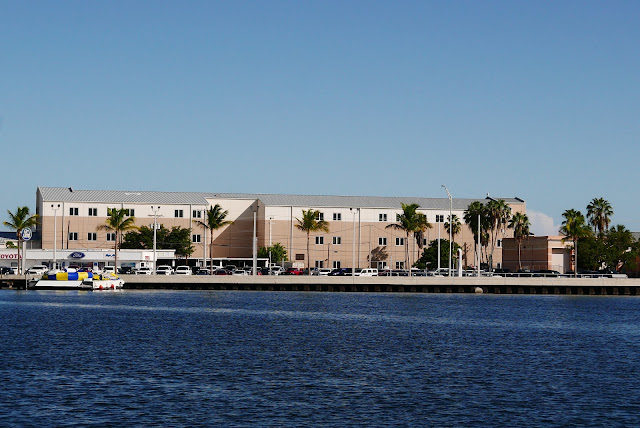 In the photo above we see Horace O'Bryant middle school a relatively new building that caused outrage by the sun blocking properties of its mass, mostly its height. My wife doesn't think it looks huge but she's about the only person I discuss it with these days as the public outrage has simmered down. I can't make up my mind. I suppose it is huge but I'm not sure it's too huge. 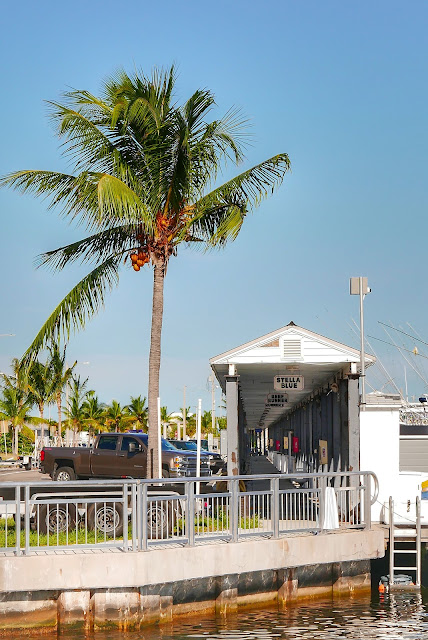 Wandering Garrison Bight Marina and pondering the meaning of nothing very much at all I came across a gaggle of pigeons. I don't know if they have some sort of communication system but they sure did remind me of people hanging out in the shade talking about nothing very much. I didn't bother them at all by standing there and they didn't even get annoyed when I took their picture. 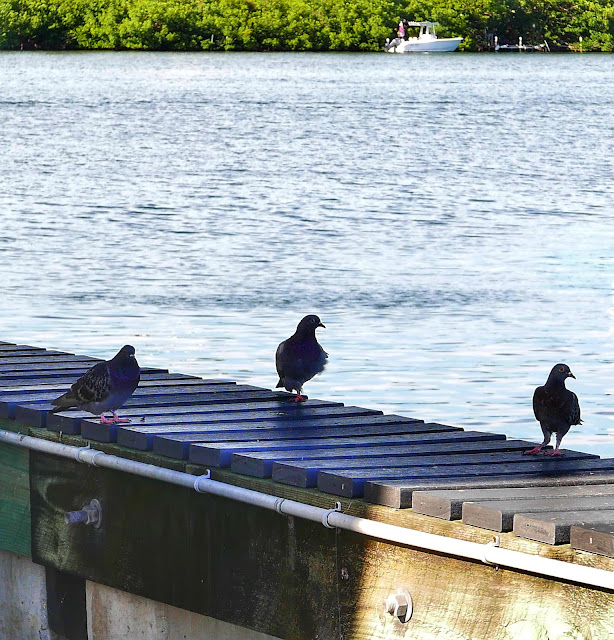 Garrison Bight is a place I like to go and be by myself and look at the water right in the middle of town. Even on scorching days I can be found lurking there staring into the depths from shade of the Palm Avenue bridge,  with the pigeons. 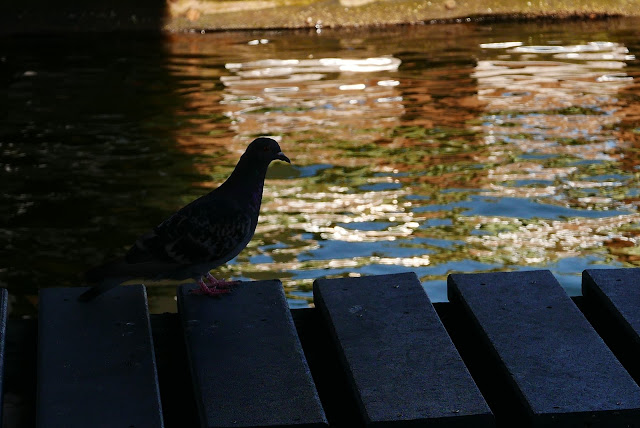 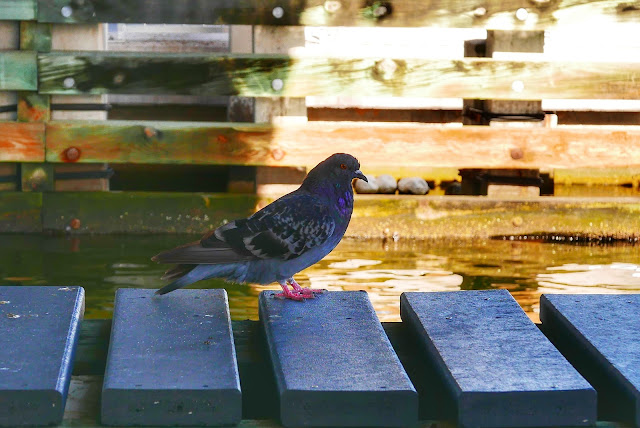 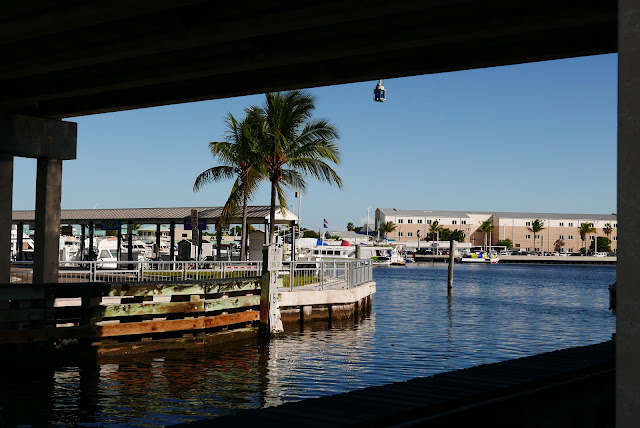 And make no mistake its hot though the numbers indicate it was actually hotter a month ago when they were telling us it was over 100 degrees. I'll take what I can get but it is August in the Keys. 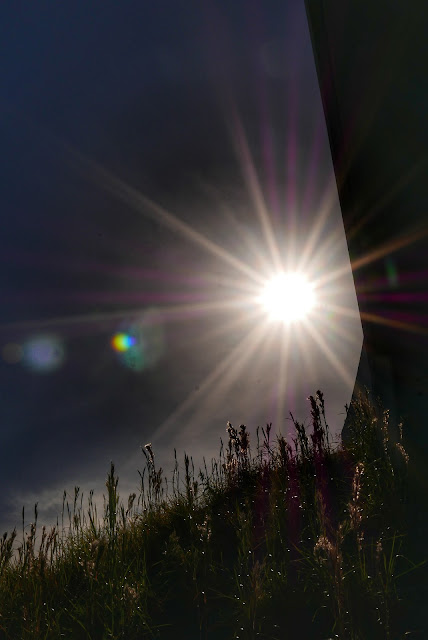 I am astonished to discover by looking through old pictures that we have had my wife's Fiat 500 for 105,000 miles and eight years. Now she works from home for her last school year before retirement  and I take her 40 mile per gallon car to work. Time does fly by. 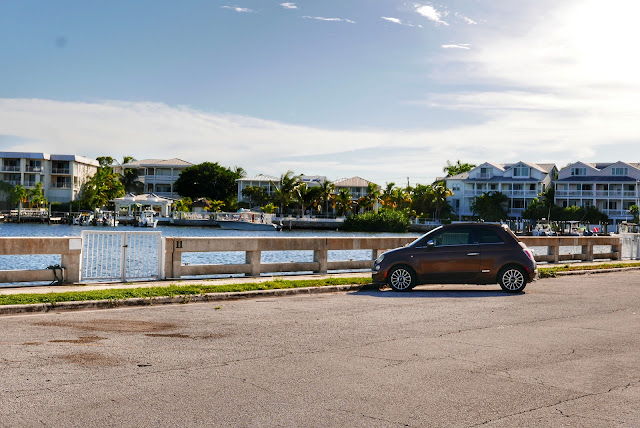