"The Americans" was a photography book published in 1958  by the photographer Robert Frank who died recently and has thus launched attention on his life's work with a camera. Wikipedia repeats the frequently made assertion that Frank struck an hisotric note with his photos taken across the country, apparently at random. The Americans was a seminal work as they say which Wikipedia says ".., earned Frank comparisons to a modern-day de Tocqueville for his fresh and nuanced outsider's view of American society." 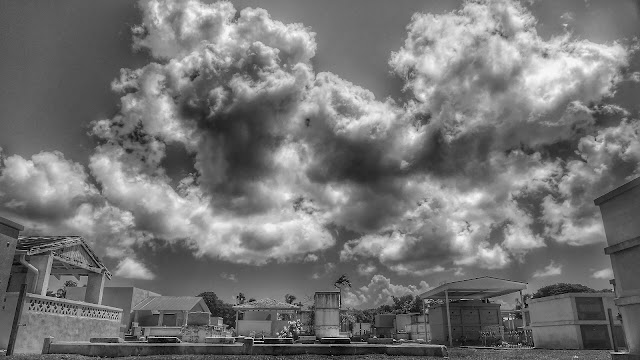 Of course I wouldn't dare compare my modest pictures of my home town to anything as seminal as a de Tocqueville circling photographer, but over the past dozen years I've collected quite a lot of pictures from around here. And though lots of them are crap and others aren't brilliant and early digital cameras were pretty peculiar I still enjoy wandering and taking pictures. 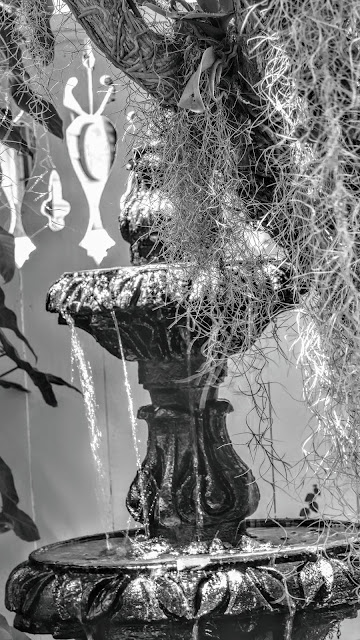 Key West has so much stuff to look at, small street side stuff of no consequence and yet in the end I see the consequence of all these nooks and crannies and they make up an interesting town. Oh by the way the picture below was a little joke. They all say "...of the dog." So I wanted to leave a little doubt about this one. It was of the dog in this case too, I confess. 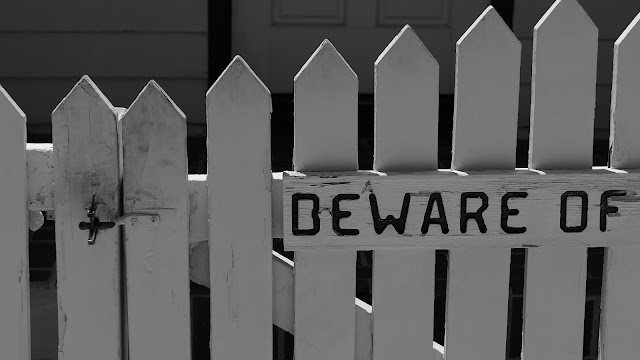 This one put me in mind of a recent auction extravaganza: 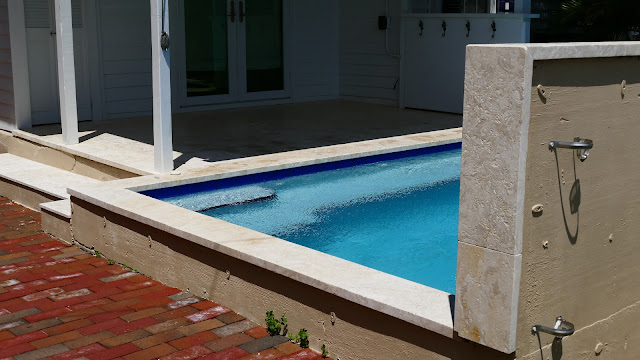 David Hockney's picture of a swimming pool rendered in rather simple lines and colors was sold for better than 90 million dollars. The sort of money that would go a long way to restoring Great Abaco which is getting about five million dollars so far for their  Hurricane Dorian difficulties. 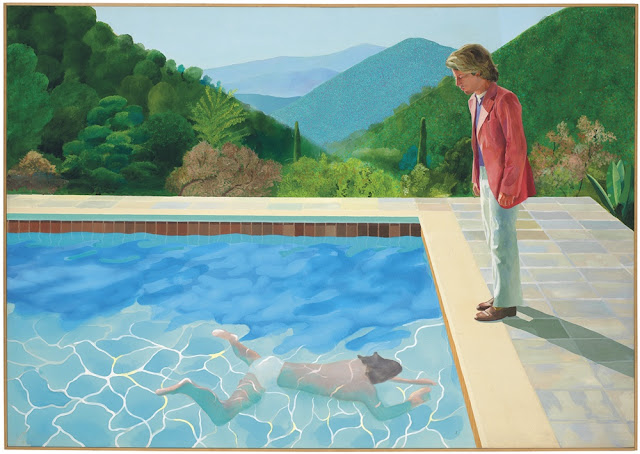 Angela Street alongside the cemetery. September is the quietest month in Key West. Eateries close and European visitors don't make up in numbers for the crowds who show up in winter. Like they say you can shoot a cannon around here and not hit anyone. 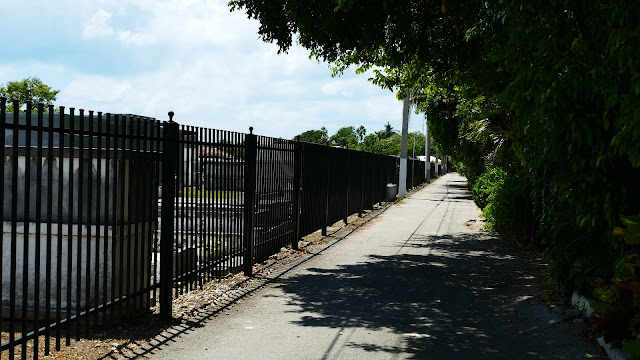 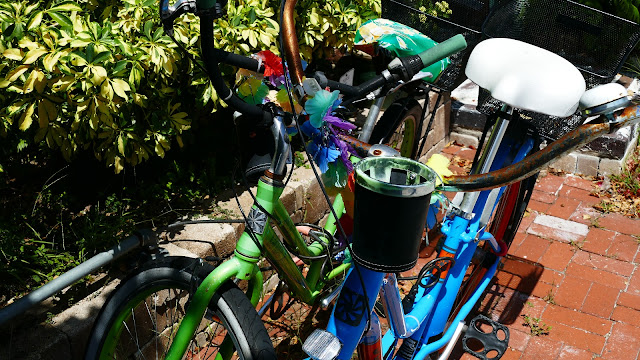 And in Robert Frank moody black and white. 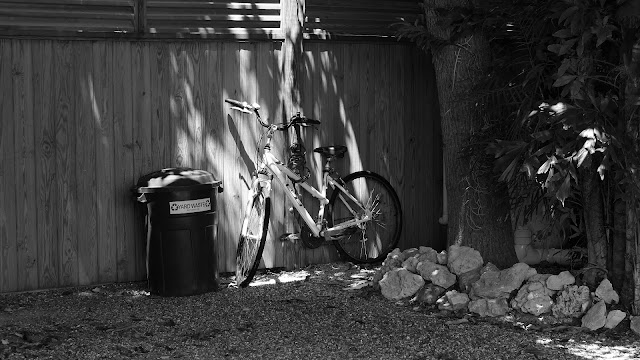 Catholic Lane in glorious sunshine.  It's so named as it is placed about the height of the Catholic section in the cemetery. 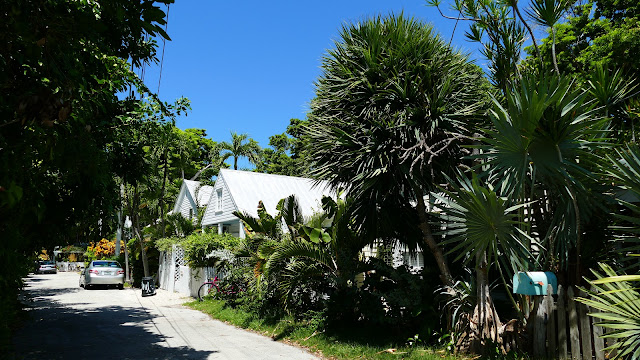 Shade and sky and white clouds: that's September in Key West when the rest of the country is watching the leaves change color. 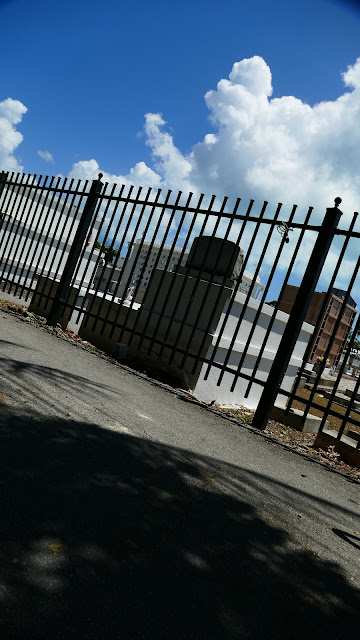 I stood in the shade feeling the breeze and taking pictures of the still life: 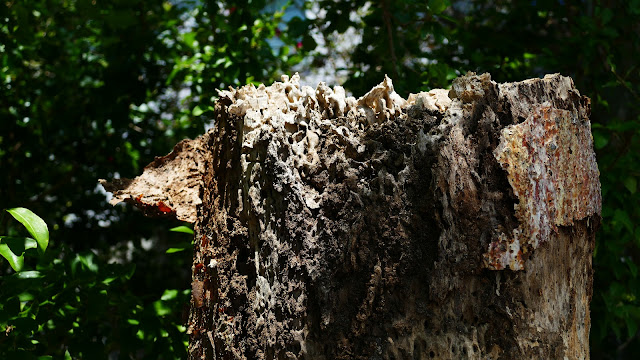 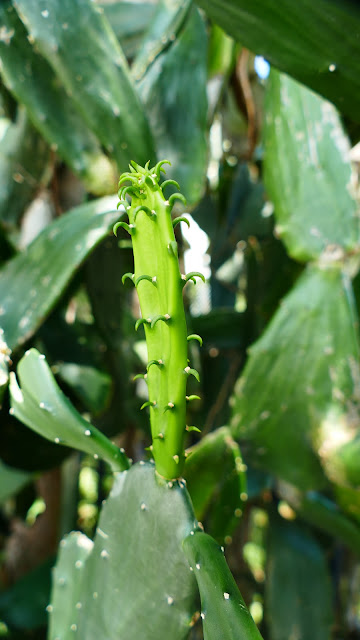 And this? I have no idea. Perhaps a new way to reserve a parking space for all I know. 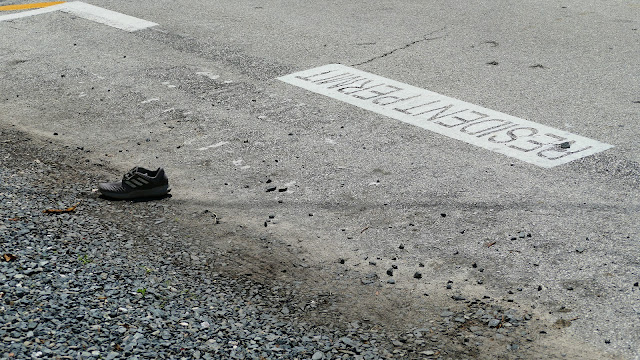