I  delivered my motorcycle to Stock Island to have Jiri replace a corroded brake caliper on the Bonneville. Salt air does that and I had missed riding the bike since the fault was discovered at its last service. The bots took their time getting here but I think Jiri has been distracted by his daughter's  grades... Life in the Keys! 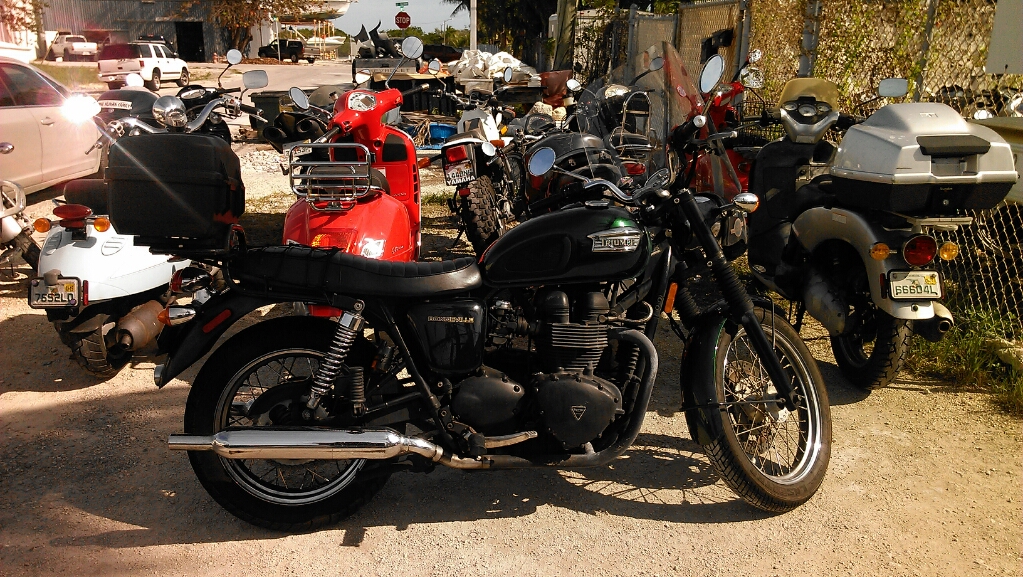 After we dropped off the Triumph I parked the trailer and took Cheyenne for a walk through the worker housing lots of Key West's neighboring island. 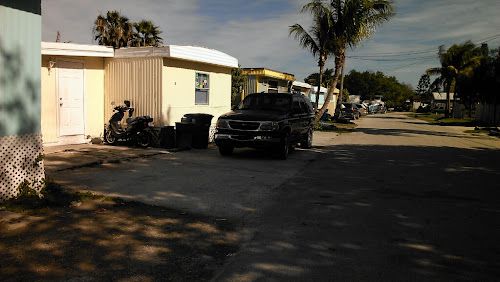 Stock Island was so named because they used to keep the cows here that fed the twelve thousand residents of neighboring Key West. They shipped the cows to Rest Beach and slaughtered them there, far from the civilized corner of the island near Mallory Square. 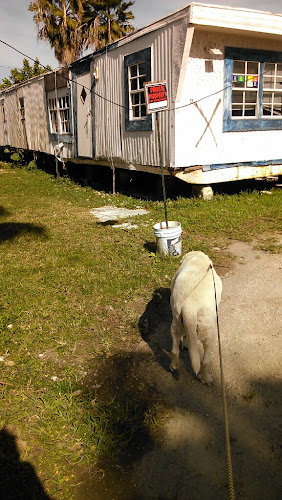 Nowadays Stock Island has got comfortable in its role as the provider of cheap housing for the workers who Key West supplied with manual labor. The laborers can be seen morning and evening cycling back and forth along North Roosevelt Boulevard, all dressed in the bright colors of chain restaurants and hotels. This is where they come to live: 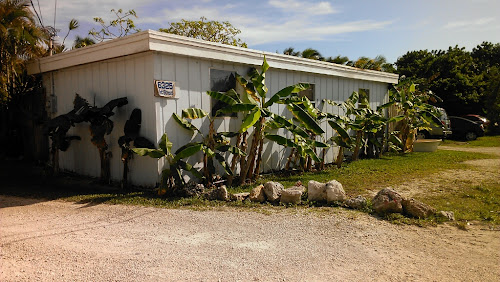 I saw a couple of Muscovy ducks striding deliberately through the grass. I wonder if Key West could swap these silent dignified ducks for the flocks of unruly chickens that are palmed off on the city as a tourist attraction? 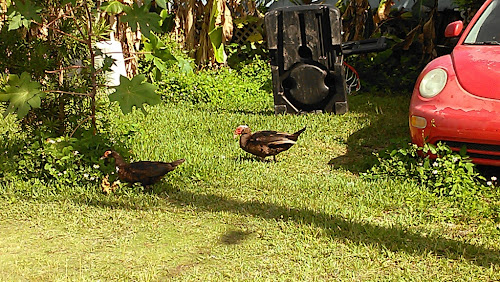 Alongside the worker housing Stock Island is home to the commercial fishing fleet that was pushed out of Key West, as well as the light industry that keeps a community going- welders, painters, auto body shops, carpenters, plumbers, construction companies and cranes all live on this island and are only seen in Key West to keep the well to do functioning. Oh and this is the closest campground to Key West, Boyd's which calls itself "Key West Campground." 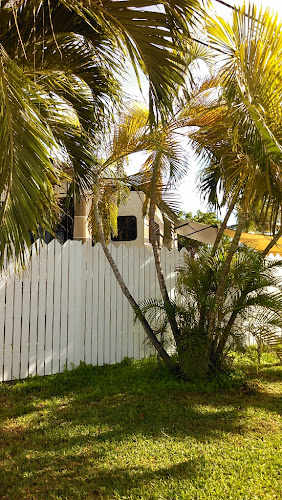 Other people on Stock Island make RVs their homes. Not all of these "vehicles" seem very able to move anymore. 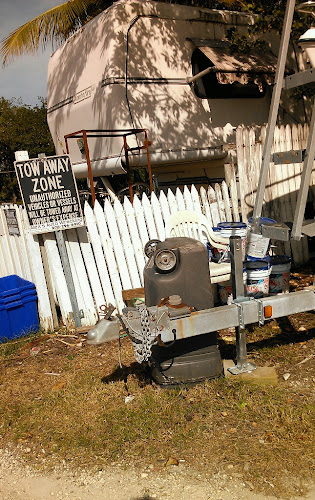 But this is where the working stiffs live, out of sight and not exactly coddled by the scenery here. 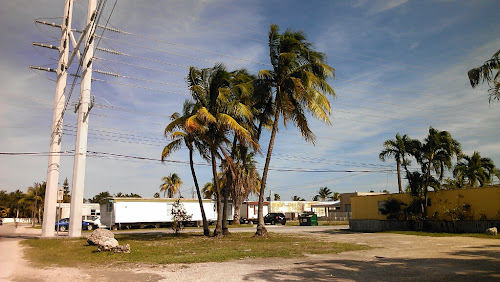 This isn't the tourist world that Key West's Old Town is, just four miles away, but there are some restaurants and three modern marinas with all facilities on the south side of the Island with a fourth on College Road. 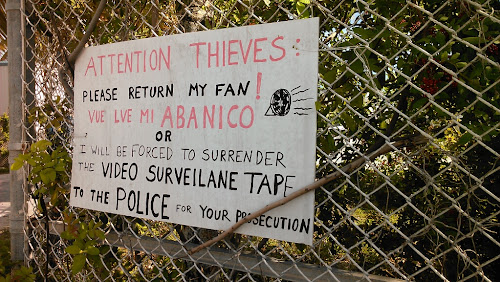 Stock Island is a land of improvisation and adaptation like this rather clever stool conversion, used to keep a boat on its trailer at angle to drain the rain and prevent accumulation inside the boat. But Stock Island faces a very different  future. 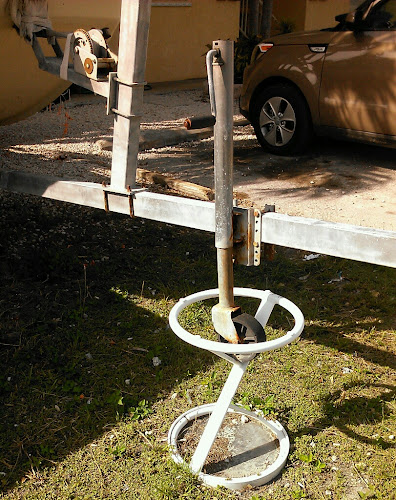 Developers bought up large chunks of Stock Island, most of it in fact before the crash of 2008, and the newspaper was full of speculation about the transformation coming to this industrial landscape. The shortage of money has held back the speculation but recently the newspaper reported a hotel is planned for Stock Island, it's first and no doubt not its last. They shut down a Big Pine Trailer park to transfer the residence units to create the hotel. Any semblance of cheap living is going to be fading fast here. 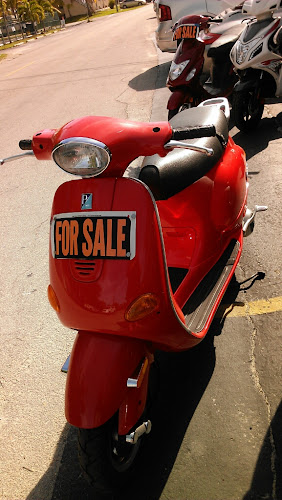 People like to say that without cheap Stock Island housing Key West won't work, but I believe the future holds the prospect of dormitory housing and a transient workforce so the benefits of this lovely winter weather aren't wasted on the Lower Classes. I doubt this pharmaceutical palazzo was built here by the rapacious development family of Key West to serve minimum wage Haitians and Cubans and working class whites in their Stock Island trailers. You need a developer's vision to see where this sort of thing will lead. 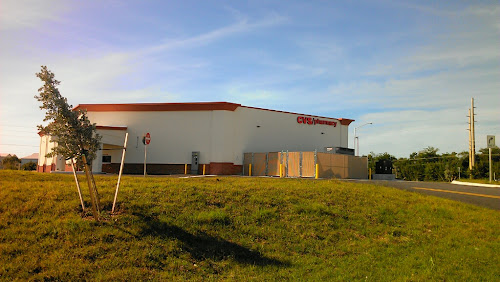 Anatole France got it right: "The law, in its majestic equality, forbids the rich as well as the poor to sleep under bridges, to beg in the streets, and to steal bread."
And Stock Island will treat everyone equally no doubt, as long as they can pay.