An Afternoon In Paradise

I took a  close up of the fisherman's statue wondering what he was looking at. The weather has been fabulous lately, if you ignore the occasional showers, and an afternoon by the water was indicated. 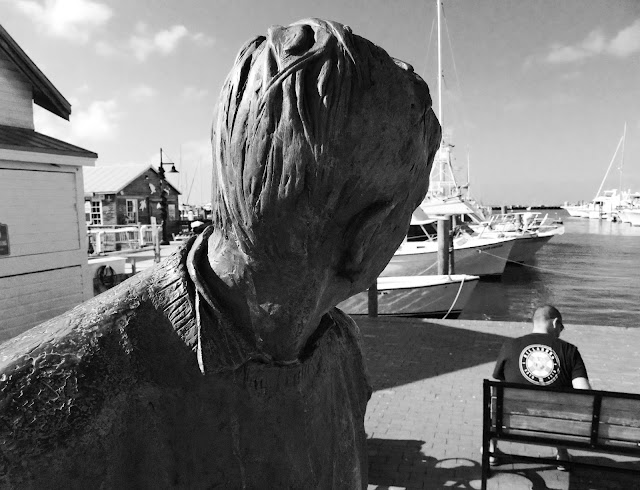 Christmas is long since over but the decorations are still being taken down. I found these boxes for city storage carefully labelled. 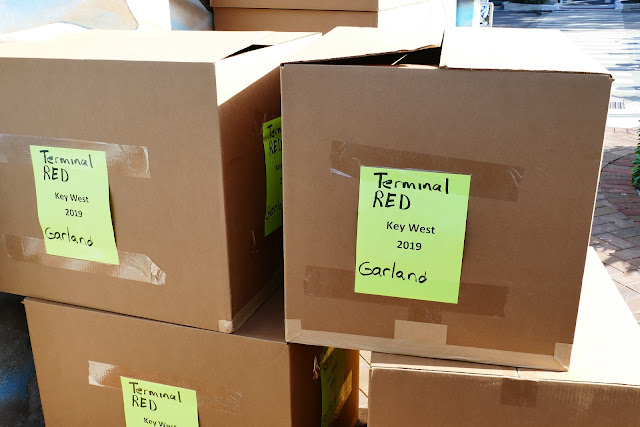 Not specifically Christmas but still on the roof of the Schooner Wharf Bar: 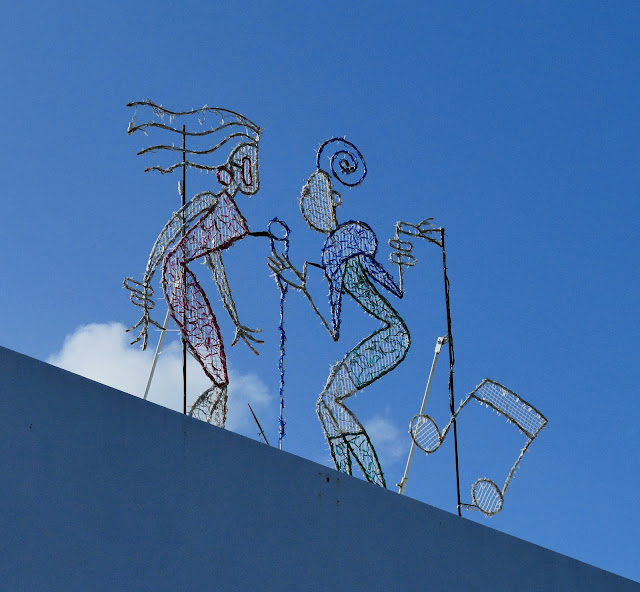 Down below work continued, resupply: 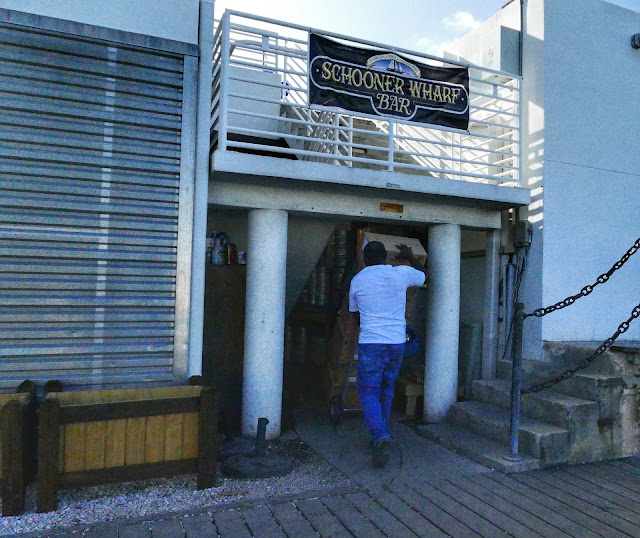 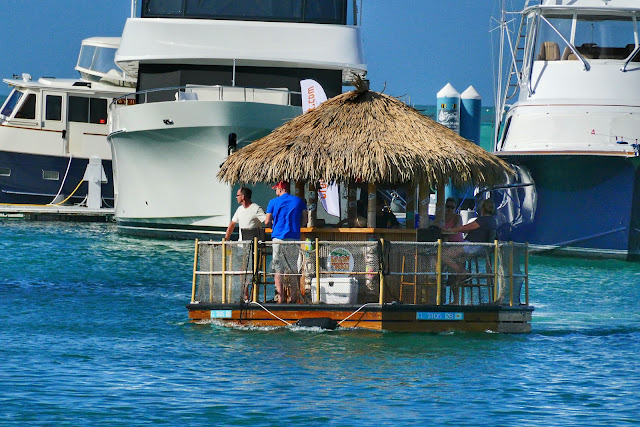 Noted performer Inga was out getting an airing. Inga moved to Key West actually from Sweden according to her BIO. 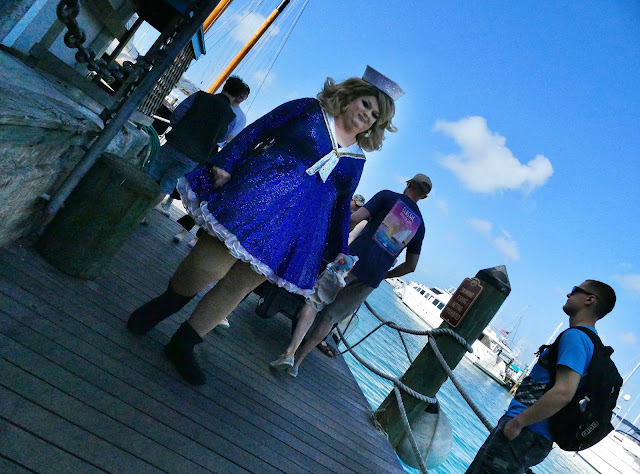 Sailors  sometimes raise their sails at the dock to dry them out and it's been windy lately so I'm guessing this foresail got sprayed on a  few sunset  cruises. I determined to get a picture... 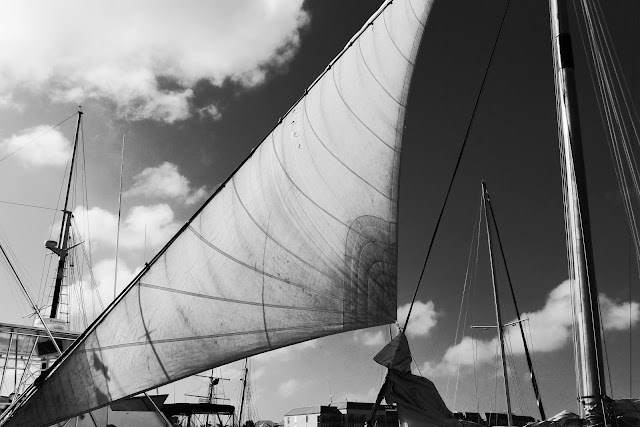 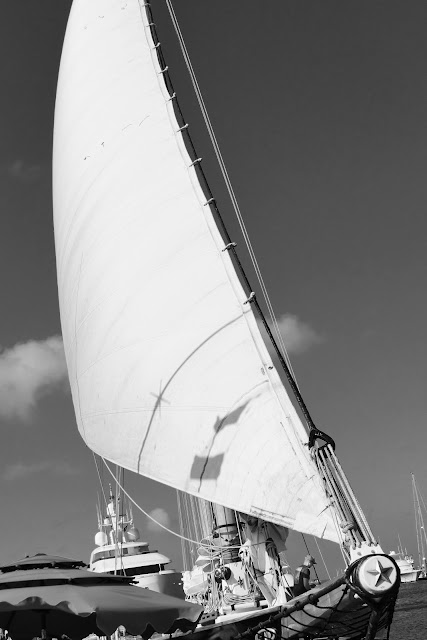 Looking down Greene Street on a  sunny afternoon. I never tire of seeing the cruise ships over shadowing downtown. It amazes me how we put up with these behemoths day after day flooding the end of Duval Street. Money talks. 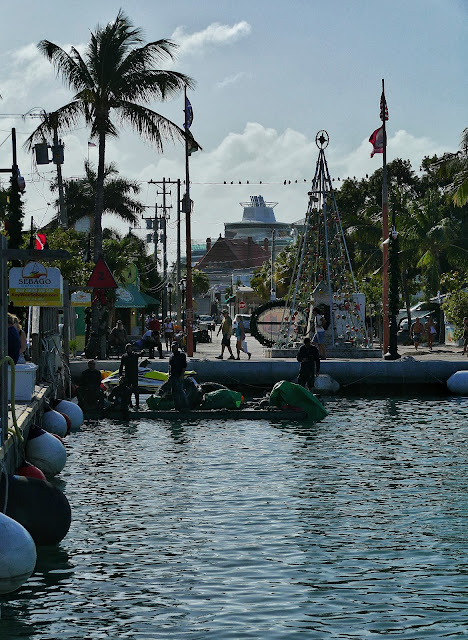 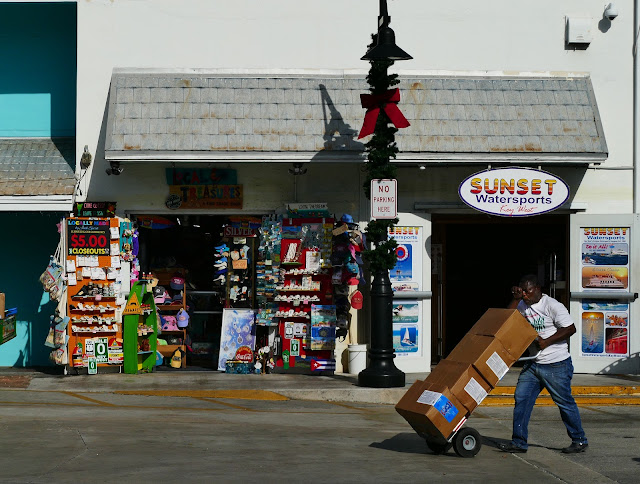 Another working day in Paradise.
Posted by Conchscooter at 12:00 AM No comments: