I can't say for sure if, on my last drive into town to pick up my refurbished motorcycle the people who crossed my path were visitors but I can say this: now is the height of winter visitor season and I had a very strong hankering to be back home, on my canal on my dead end street. This guy was doing a very good imitation of me at home far from the madding crowds of Key West, minding my own beeswax. 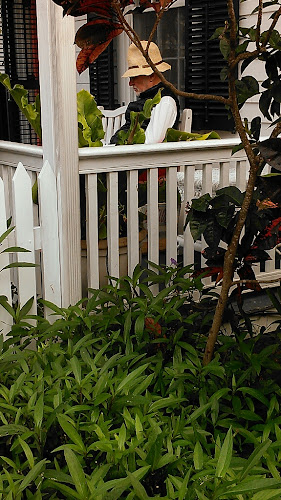 It was a gray day yesterday, I think it was what passes for a cold front these days when properly defined winters no longer seem to exist. Cold north winds raked the islands Wednesday night when I rode in to work but by yesterday afternoon it was oddly warm and slightly muggy again. Perhaps a hot con leche from Five Brothers would have seemed appealing had it been properly cool. 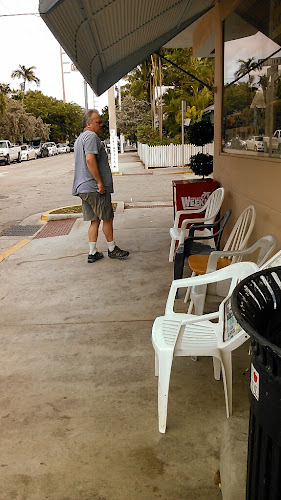 "It's a one way," she called out to the rider following her as they got their bearings and planned the next leg of their ride. Undoubtedly visitors and nothing wrong with that. 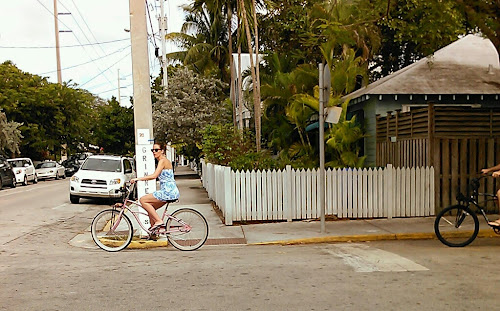 I confess: I do wear a helmet frequently when riding a powered two wheeler around town. Partly because I've ridden on the highway from Cudjoe and I can't be bothered to stop and take it off. Partly because it's winter and I don't trust the visitors and locals get impatient. I do answer 911 calls so I know better than most what hurts when you fall off, or get knocked off. But I will also confess I don't wear a bicycle helmet. The mark of the visitor, or should I say the sensible visitor? 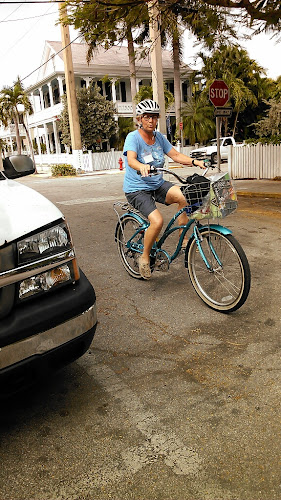 I recommend these irritating Conch Tour Trains if you have a desire to learn about Key West. They are slow and seem to be powered by corny jokes and puns from the drivers (Not a Conch Train joke but surely this looms large in the drivers' minds: What's the difference between a Canadian and a canoe? A canoe tips ). 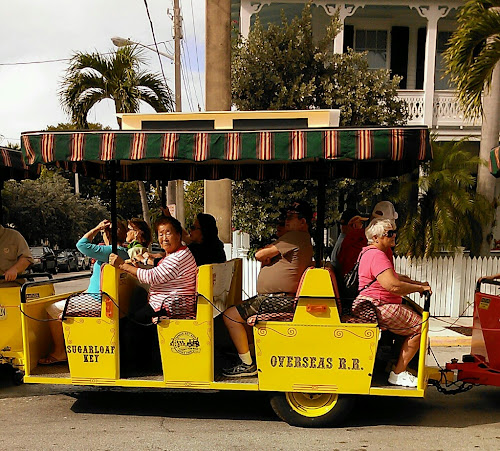 I am guilty sometimes of wishing the roads were swept summer clear so I could drive as I do in summer, but I try to tamp down such unworthy sentiments. Raking leaves seems a hard way to pay the rent and then have to fight clogged traffic to get home. 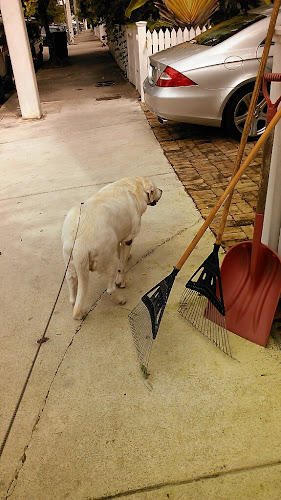 High visibility walking shorts, ample enough to flap like a skirt. So uncouth as to be cool in some else's world, no doubt. Why on earth would you want to draw attention to your diminutive self when dressed in feeble imitation of burly, powerful African American sports heros? Buggered if I know. The world outside Key West keeps getting more confusing. On the subject of fashion it turns out I am an elderly lumber sexual now that young bucks have learned to love beards. Did you know that make beard balm ointment nowadays? 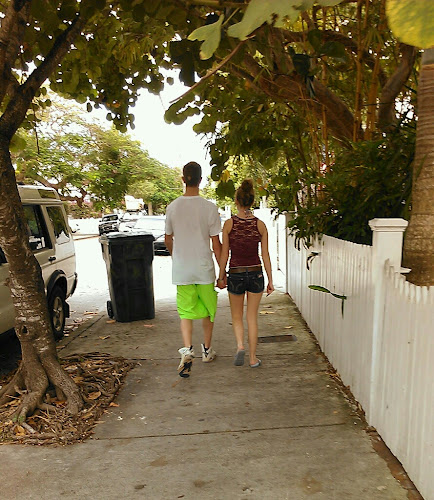 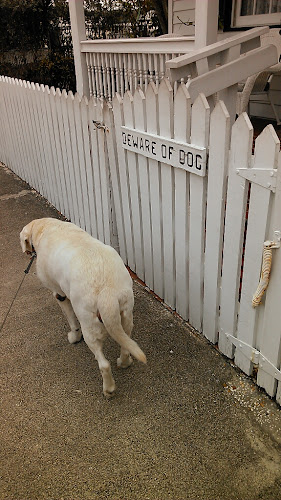 The joke was on me because at that moment a genuinely fearful person approached us. "Is your dog dangerous?" Could be I said, sensing my pink Crocs ("I AM GAY") were failing to keep this charming woman at bay. Does she bite? Oh yes, I said, as long as you are baked grilled or fried. She doesn't bite the apparently seriously questioning visitor said, handing me her Bud Lite (open container! Not mine, officer!) as she bent down to risk her digits to massage Cheyenne's scalp. She's not dangerous, she insisted. But I am I said, fiercely. I don't think she believed me because she took back her canned token of rebellion and smiled cheerfully. She's not dangerous she said. You never know, I said, not wanting to tell how she sleeps serenely through the noisiest home invasion, me, when I get home after a motorcycle ride. 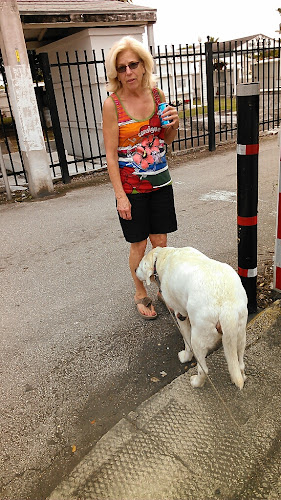 "How old?" he shouted at me. "Good afternoon," I replied. He repeated his question but louder. Fifty seven I replied. Not you, he said, your dog..? Oh I said. I was just using a traditional polite expression to open a conversation with a stranger I said. He was immune to sarcasm focused as he was on one thoroughly uninteresting subject: Cheyenne's age. How old are you, you daft old fool I wanted to say, but I mumbled nearly fourteen and he nodded, satisfied. That's another thing from Up North: why does anyone care how old my dog is? And shy can't they be polite when they ask, rather than barking at me as though I were on a charge... 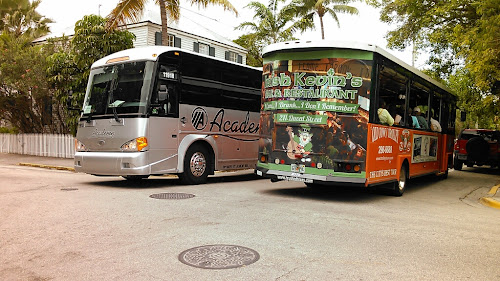 Another woman walked into the street to avoid making eye contact. I wasn't going to lunge at her, honest, but I might have used that tired old formulaic greeting one tends to use if one was brought up right. She wanted no part of it (must be a visitor!) and then a scooter with a Five Brothers delivery box on the back buzzed me by on Angela Street near Catholic Lane and the rider shouted "Hi Michael!" over his shoulder as he went by. That confused me. Who the hell was that? 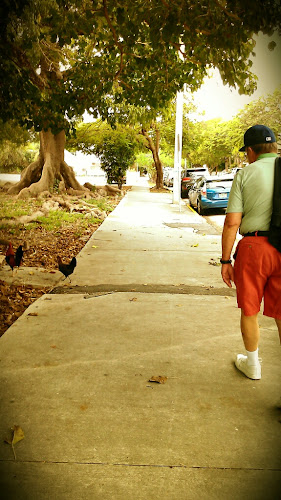 Ice chests on scooters usually denote delivery vehicles, like this one: 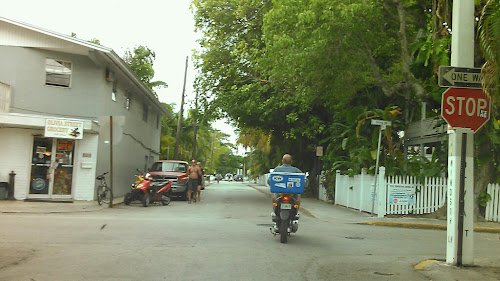 He must be a local, but the guy walking towards the camera isn't. He's shirtless because he's enjoying not being in the snow belt just now. 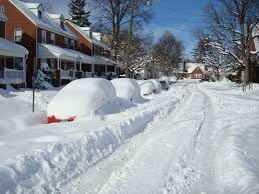