The newspaper reported the  first train actually arrived in Key West yesterday 103 years ago. It was not the first train that history records because Henry Flagler wasn't on that train. It was just a bunch of worker bees testing the Lower Keys track for the first time. They left from somewhere around here, near Bahia Honda. 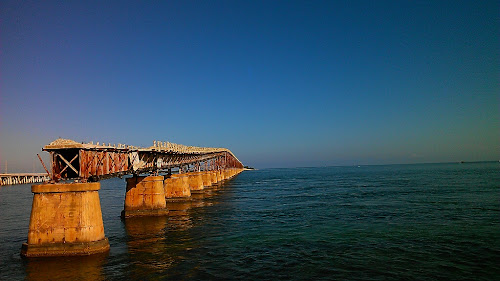 From the Keys Chambers of Commerce I found this photograph of what was I suspect the Seven Mile Bridge, much more famous and thus tends to overshadow the more interesting structure of the Bahia Honda bridge. In any even this is what the original Railway that Went to Sea looked like. 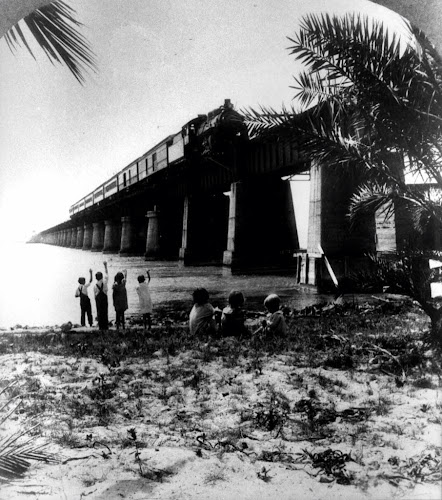 Nowadays the old bridges are being allowed to collapse by the great state of Florida which never saw the potential for bicycle of pedestrain footpaths across the Keys. 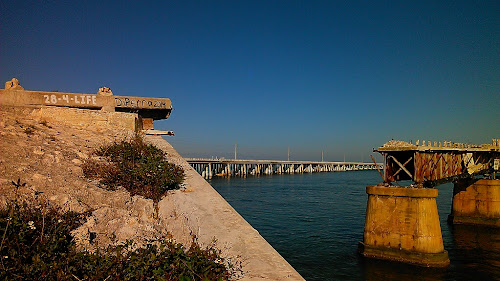 The Bahia Honda Bridge forced Flagler's engineers to build two ramps to get the rail line across the relatively short body of water known as "Deep Bay" in Spanish. The mounds of dirt at each end have created the highest barely natural hillocks in the Keys. 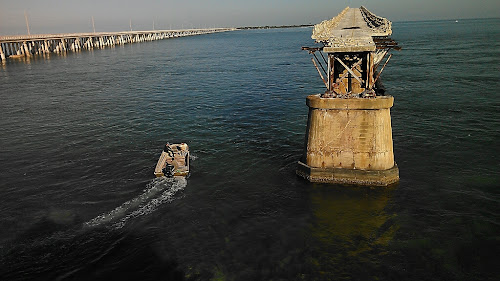 I love climbing this modest hill and getting to look down on the waters of the Keys spread out below me. It's the only place you can do this unencumbered, though of course you can pay a fee and get into the state park at the other end of the bridge... Cheyenne isn't used to bridges and this is another warm winter we are getting through. 80 degrees is a lot for a  furry elderly Labrador. 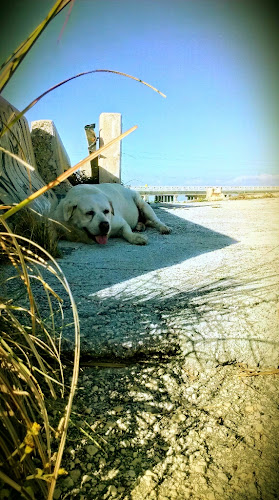 She enjoyed exploring all over the place, in the salt water and out and crashing through the bushes so she had reason to be a bit tired while I read a couple of chapters in my phone Kindle.  Below I took this picture from one of my earlier essays on Bahia Honda. The picture shows the highway that was built over the railroad in 1938. There was less lush vegetation in the Keys in those days. 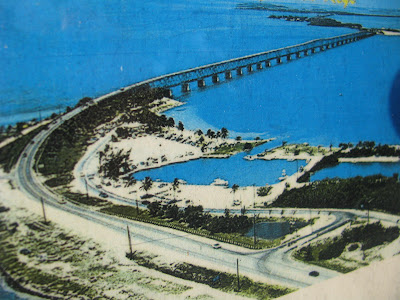 The bridge in the park has been refurbished and is now a viewing platform: 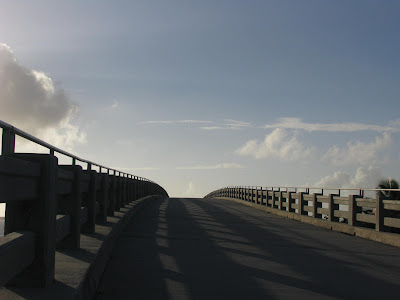 Back on the west end I stood on the end of the bridge and looked down at the translucent waters, and my shadow bobbing on the bottom. Cheyenne was busy chasing iguanas of food wrappers or something. 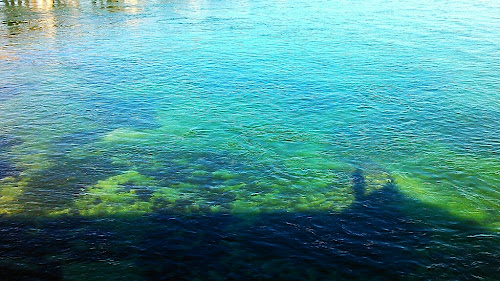 On the other side of the Bahia Honda, Deep Bay the new highway bridge cuts a more direct path between two points, though it cannot be described as beautiful by any stretch. And funnily enough it is already getting some work done on its cement pilings. Flagler's bridges are ignored and stand solidly where they were built.

It's an amazing spot up here, free of warning signs guard rails or any interference from the nanny state. 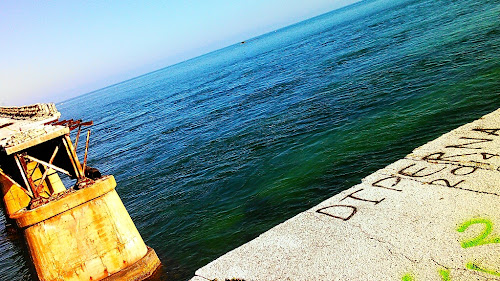 The old above, the new below: 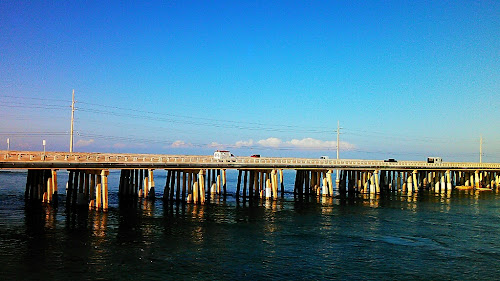 Ever since I moved from Ramrod Key to Cudjoe Key and thus escaped the ravages of the iguanas on my plants I have developed a less adversarial attitude to these rather gross dinosaurs. 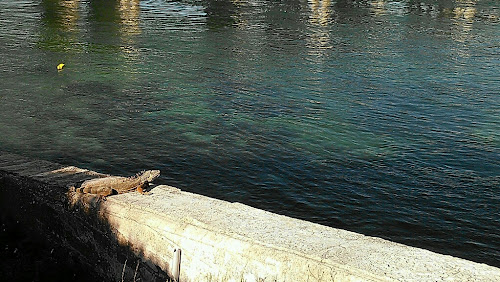 Ah yes the view from just a few feet up in the air... 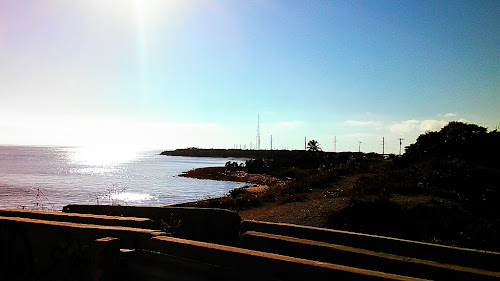 I wonder if that first train crew appreciated the view as much as they did the actual feat of getting a  train to drive across the ocean.