There was another of these many cold fronts in the forecast so I wanted to give Rusty a long day outdoors. We started at a city park but I wanted to take some pictures and Rusty graciously agree to tag along. 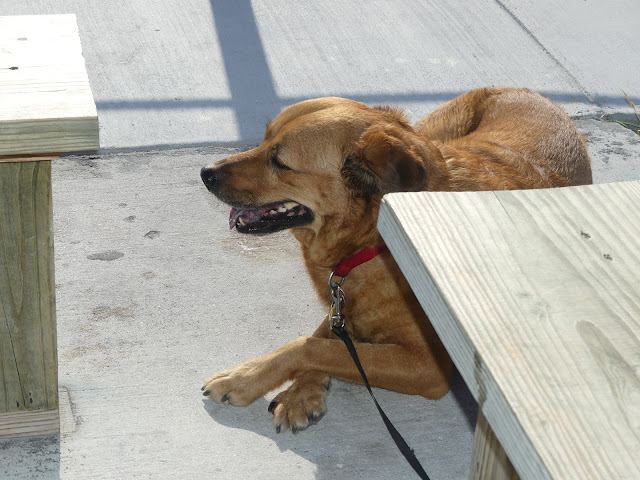 Rest Beach is a good spot to watch the waters roiled up by strong southerly winds so that's where we went. Rusty found traces of interesting things in the grass and the bushes. I saw people doing things. We were happy. 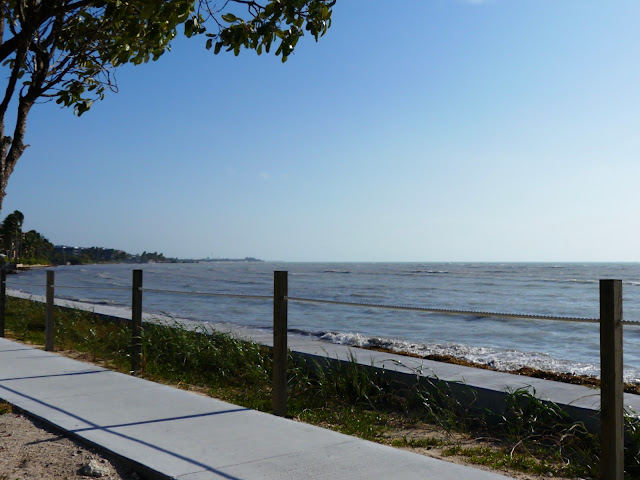 It's been enough for me to be able to go back out with Rusty and walk with him after weeks in hospitals and finding myself barely able to walk. For other people defying death with nylon and string is  needed to get the blood flowing. 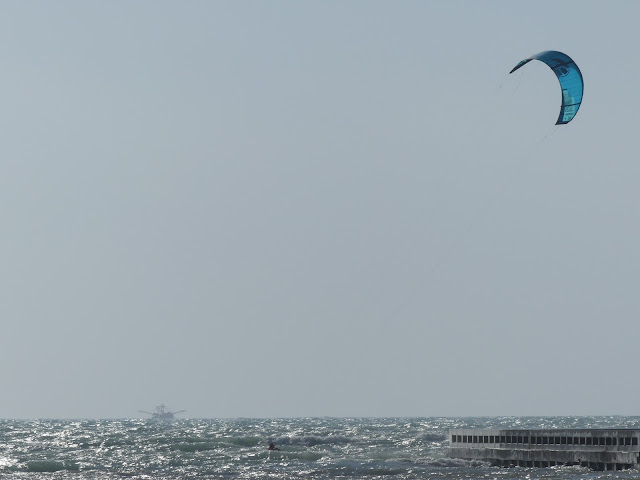 Luckily my Lumix camera has a pretty big telephoto because the waters off Rest Beach are shallow a long way out and he was bouncing through the waves well off the beach: 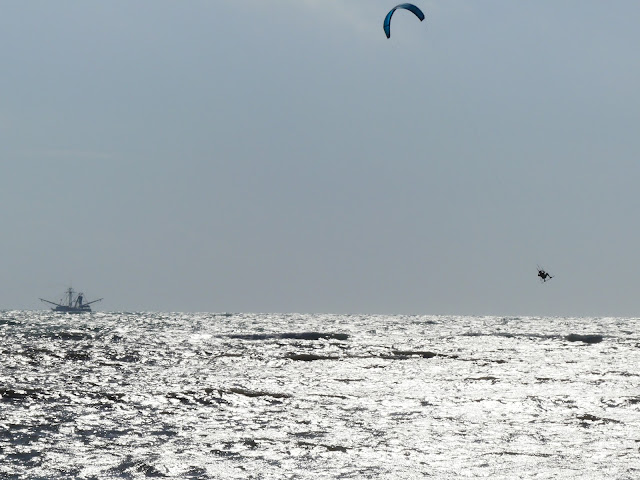 I watched for a while, fascinated as Rusty ignored the water and rooted around in eau de passing dog and scent of rooster alongside the bike path. California offers deep rough waters and powerful afternoon breezes daily, but Key West generally isn't like that so experienced capable surfers like this man and his kite took full advantage of the impending gales: 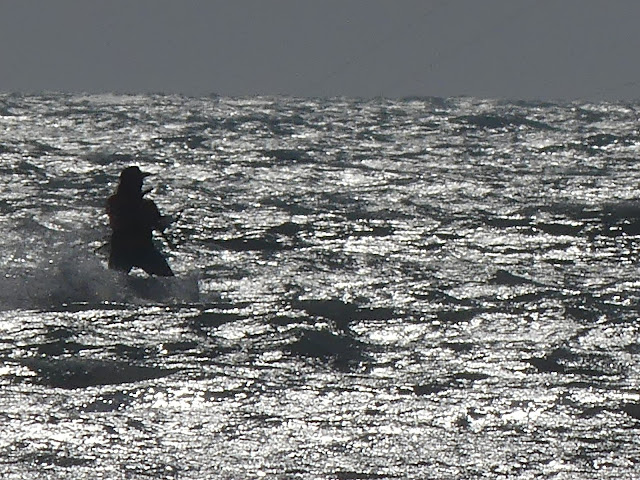 The reef south of the Keys has been a fantastic barrier to beat down hurricane created waves as storms march up from Cuba so waves are generally not that impressive. If they were, then the White Street Pier would have to have been  built considerably higher off the water: 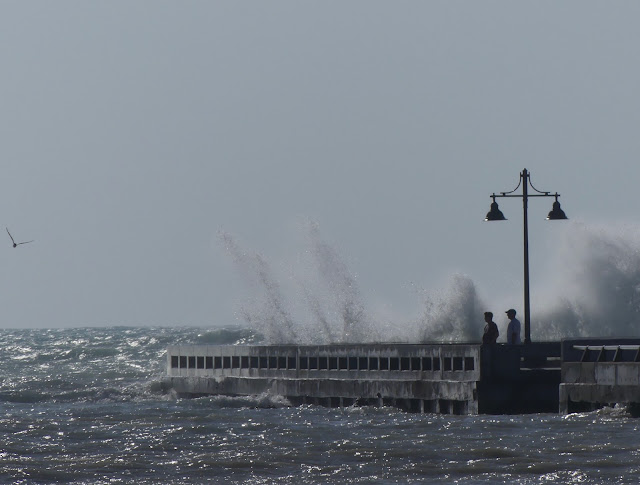 In this case strong winds from the west were expected so the shrimping fleet took off and headed to the apparent security of Stock Island. Normally they anchor south of Key West when strong north winds are forecast but that would have done them no good in this case. Indeed had they tried anchoring it would have been rough and if they broke loose that same protective reef would have been a danger to them. 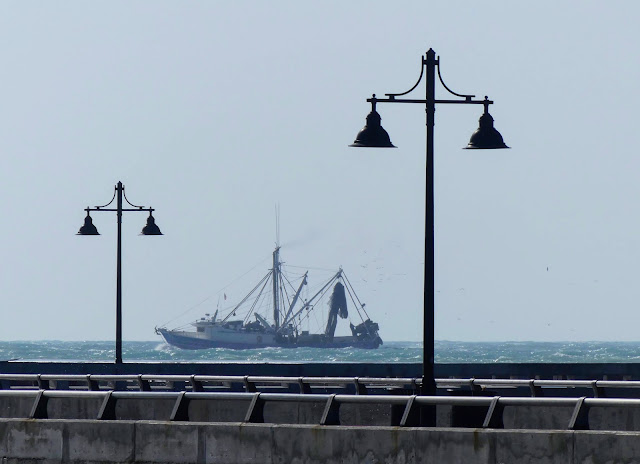 Not everyone gets freaked out by wave size... 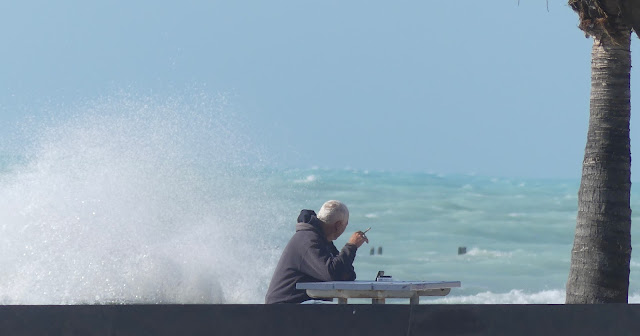 This shrimp boat has a white hull, as does she: 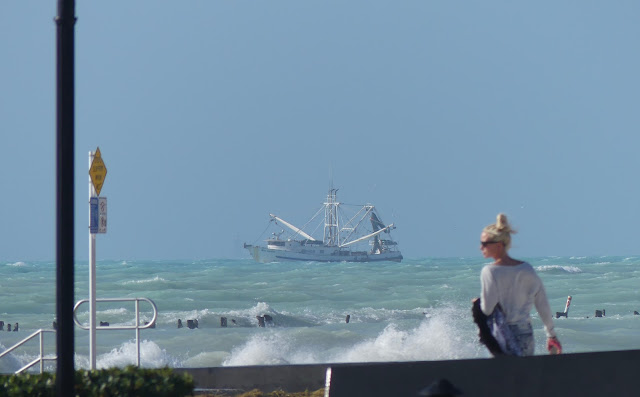 I thought the bloke in this picture looked a bit like Rusty testing the breeze.  Behind him you can see the brick wall of the West Martello Tower which now houses the Garden Club (free admission and delightful). 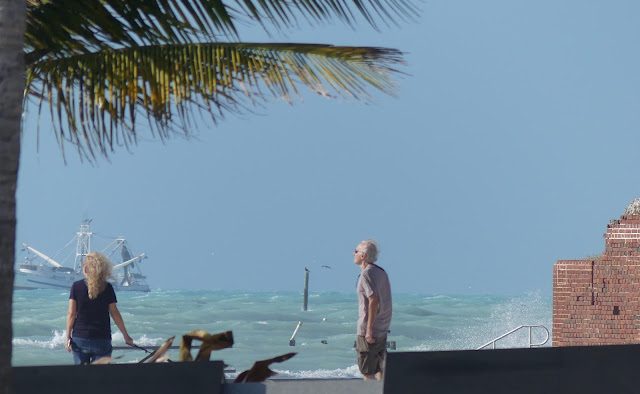 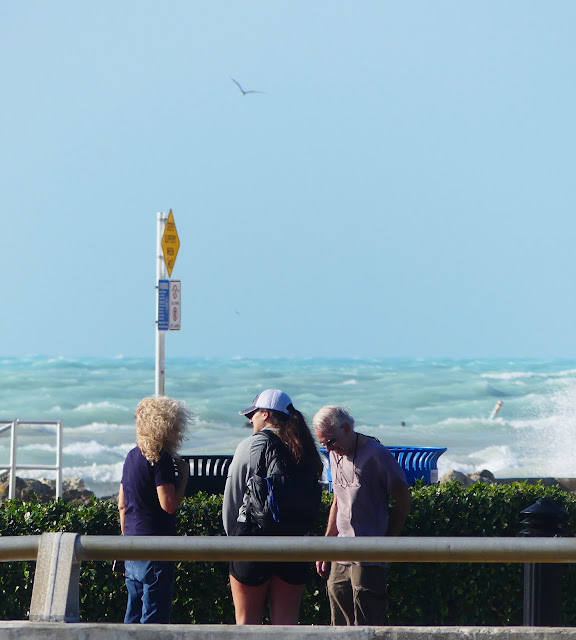 And this one too, @michaelconchscooter 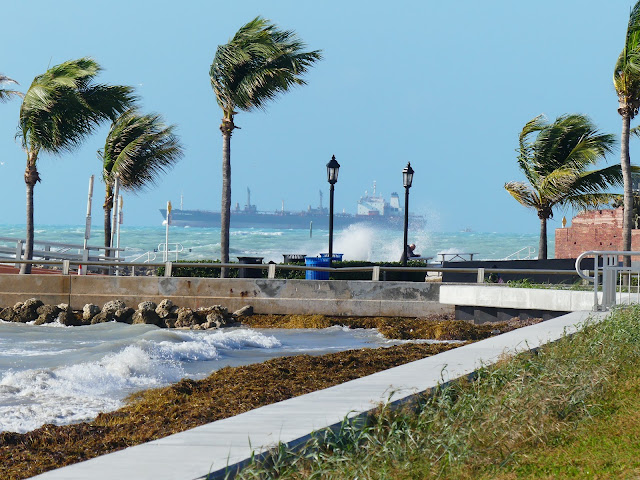 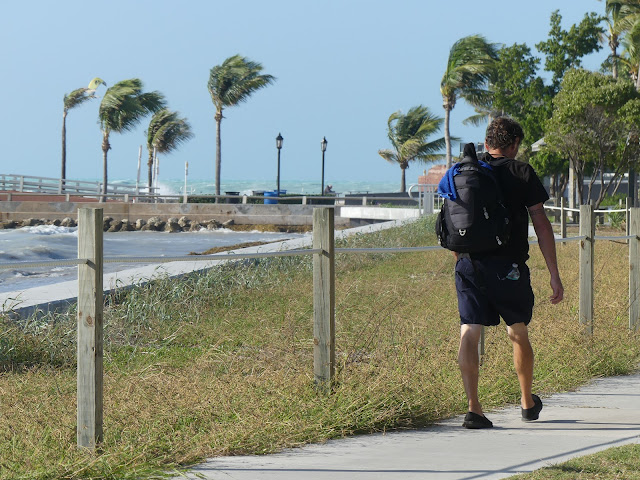 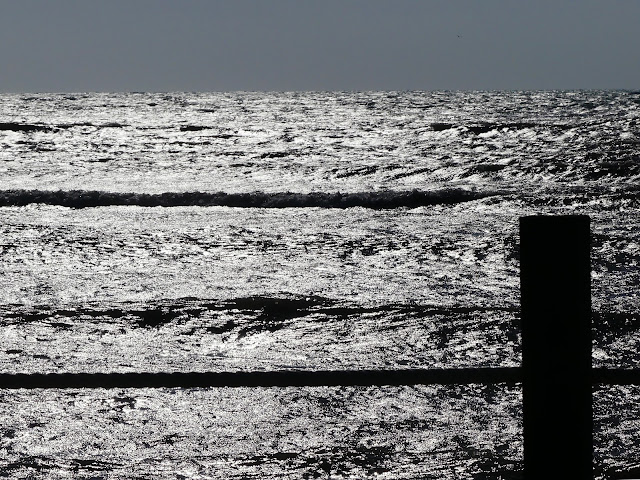 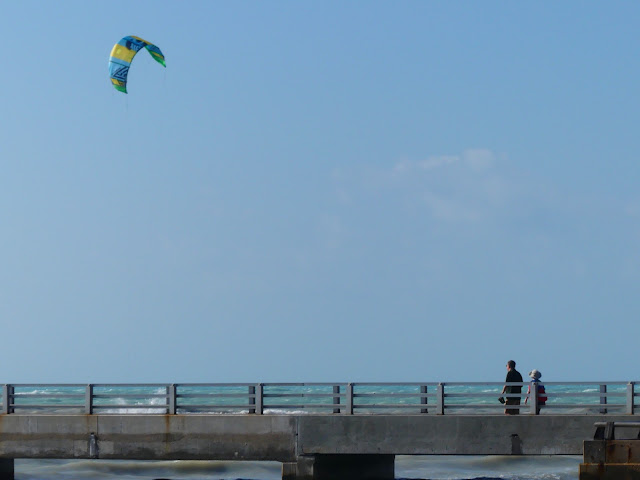 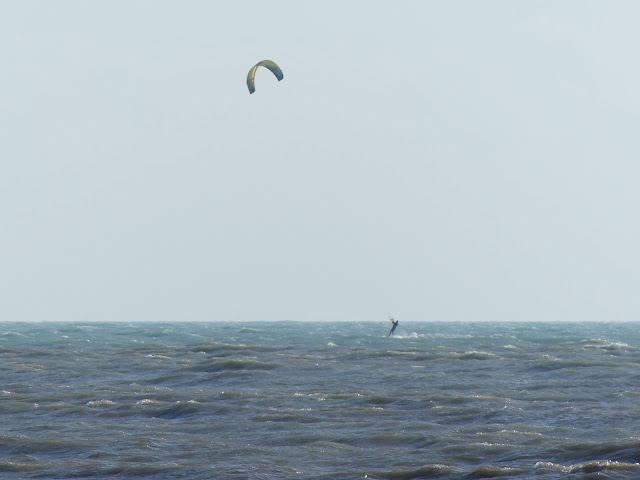 A good day to be on the prowl with a camera in Key West.
Posted by Conchscooter at 12:00 AM 1 comment: