On night shift a lunch break found me in the scary food aisle at Winn Dixie. Officer Sealey agreed to take me on a ride along if I agreed to sample his childhood foods. I had previously introduced him to curry, an experience he has yet to forget and he wanted to reciprocate. I carried a jar of pickled sausages tucked away in his patrol car as we ventured forth to check his beat. 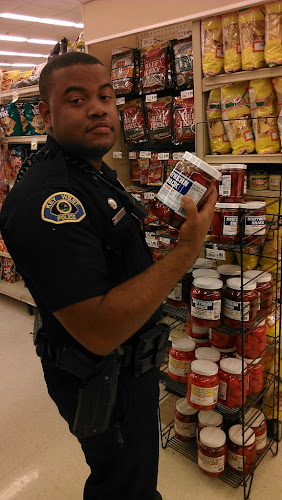 Darnell grew up in Key West and joined the department a year after I did. He's settling down, a first time home buyer, considering selling his crotch rocket for a more "sensible" motorcycle, he is a mainstay of night shift. He has worked as a detective, he knows everyone and he is one of those officers whose radio traffic is sketchy but whose response times are uncannily swift when needed. I am always reassured to see him on the night's roster. 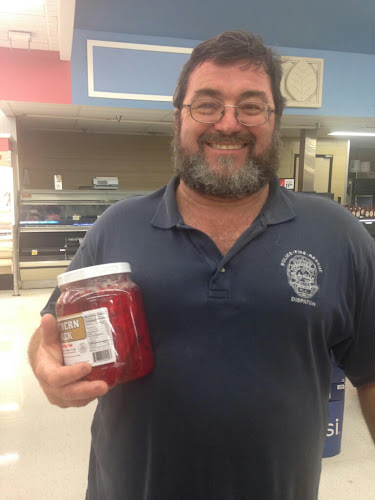 He did try to get me to taste pickled pigs feet but when I declined, adamantly, he admitted he didn't actually eat them either! I held the jar with a smile but I tasted the sausage... 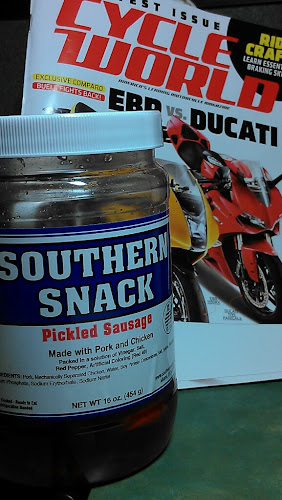 I am not cut out to be a police officer, as I greatly enjoy the anonymity of dispatching, out of sight and taking abuse over the phone. Officers think we are crazy, hunkered down in a room all night, never getting to hear the end of the story. I think they are crazy as officers instinctively run to the scene of the problem, not away from it. And simply walking through a supermarket with an armed uniformed officer draws far too many stares for my comfort level. Nevertheless the sausages were excellent, indigestible perhaps but they tasted good and spicy with their vinegar infused outer coating. I recommend them. But only eat one, as the second one will hurt later...I know. 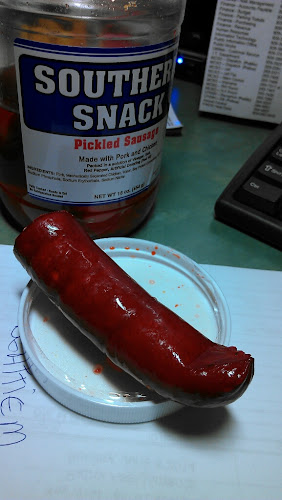 When you discover how complex it is to make drinkable coffee out of an inedible berry you ask yourself who figured this stuff out? What pushed a human to cook the berries and wash them and all that stuff, to produce liquid mud? Weird. On the other hand I wonder who first looked at a perfectly serviceable sausage and then thought to dunk it in a vat of vinegar. Inspired choice, stranger.