Layne has the Libby app on her phone and we have moved on from David Robichoux mysteries to a Randy Wayne White Doc Ford story. “I like that we know the locations,” Layne said. Libby gives you access to your library online using your card number. Very slick. 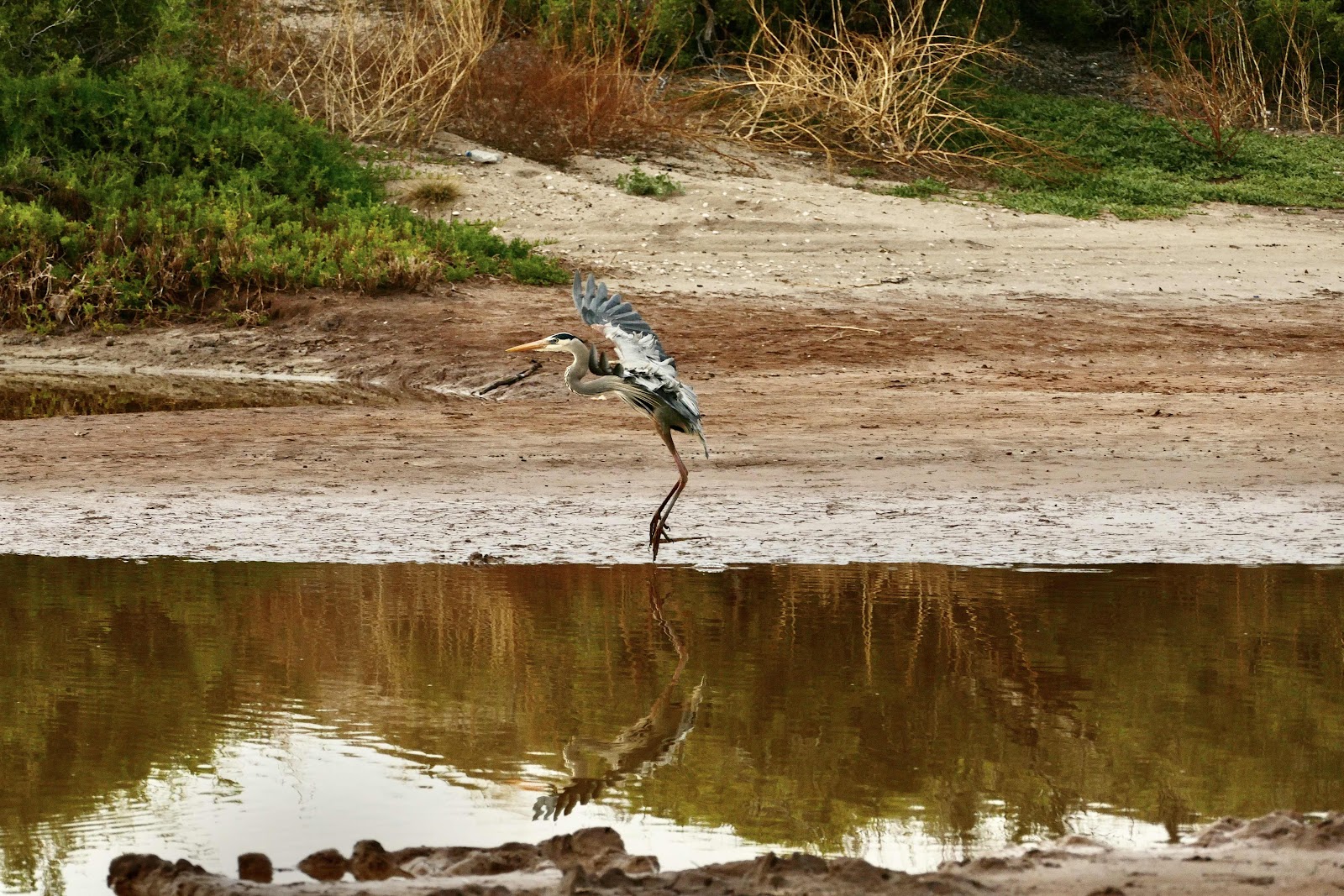 I mention it because yesterday was cold and gray, gloomy and overcast. We hunkered down in GANNET2’s cabin shared with half a hundred annoying flies. Layne painted and we listened to the story. A complicated DNA mystery set on Sanibel Island. 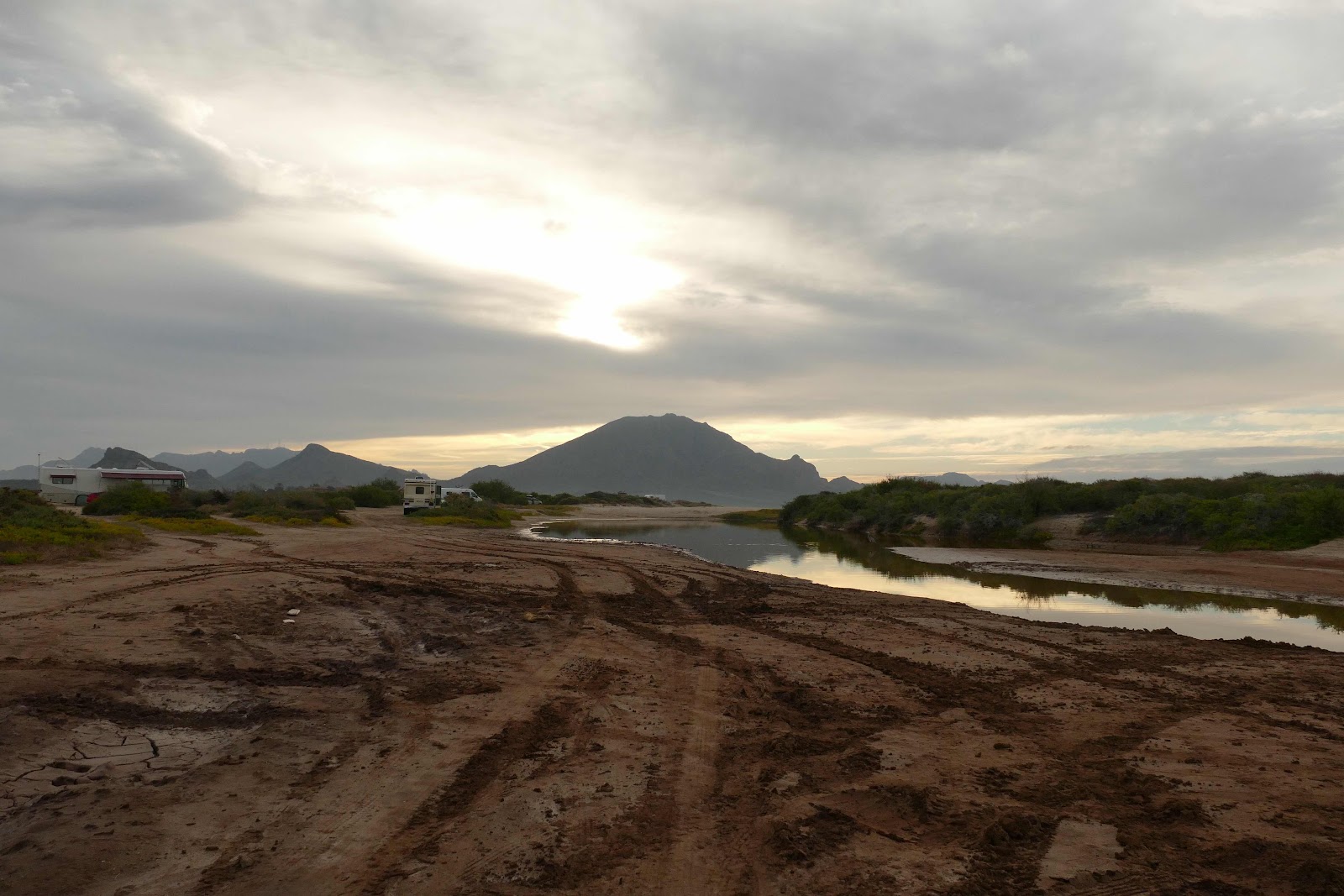 On our morning walk we checked out the clouds on the mountains, or at least I did. Rusty kept his nose to the sand. We passed Clark in his Sprinter. Later he came by. 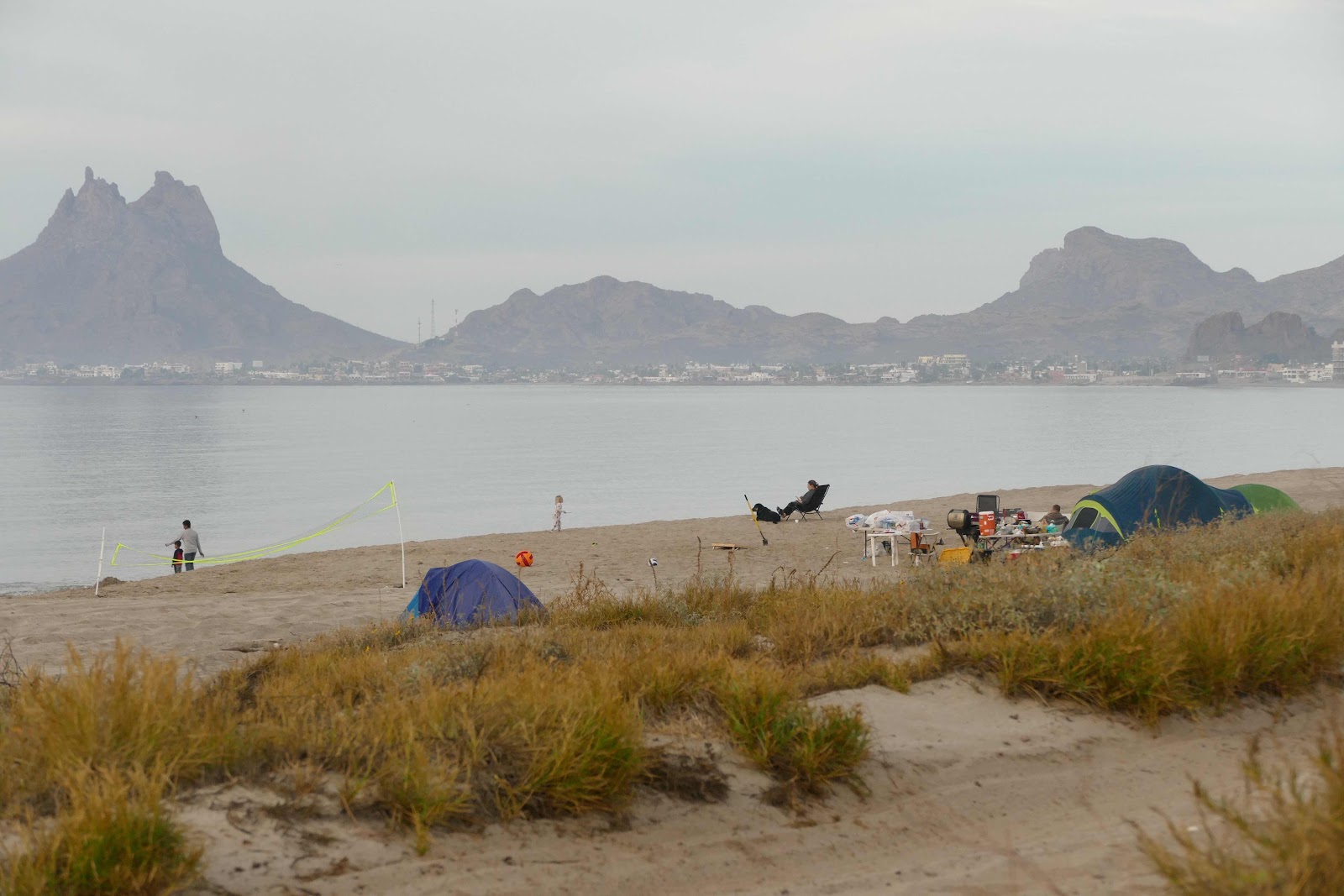 He told us stories of sailing, delivering boats, cruising the Bahamas and by way of contrast getting badly lost in the mountains of the Baja peninsula. Eventually we had to stop discussing the relative merits of routes to Alaska and continue to clean our sandy van. He’s heading south he says so we may meet around Mazatlan later. 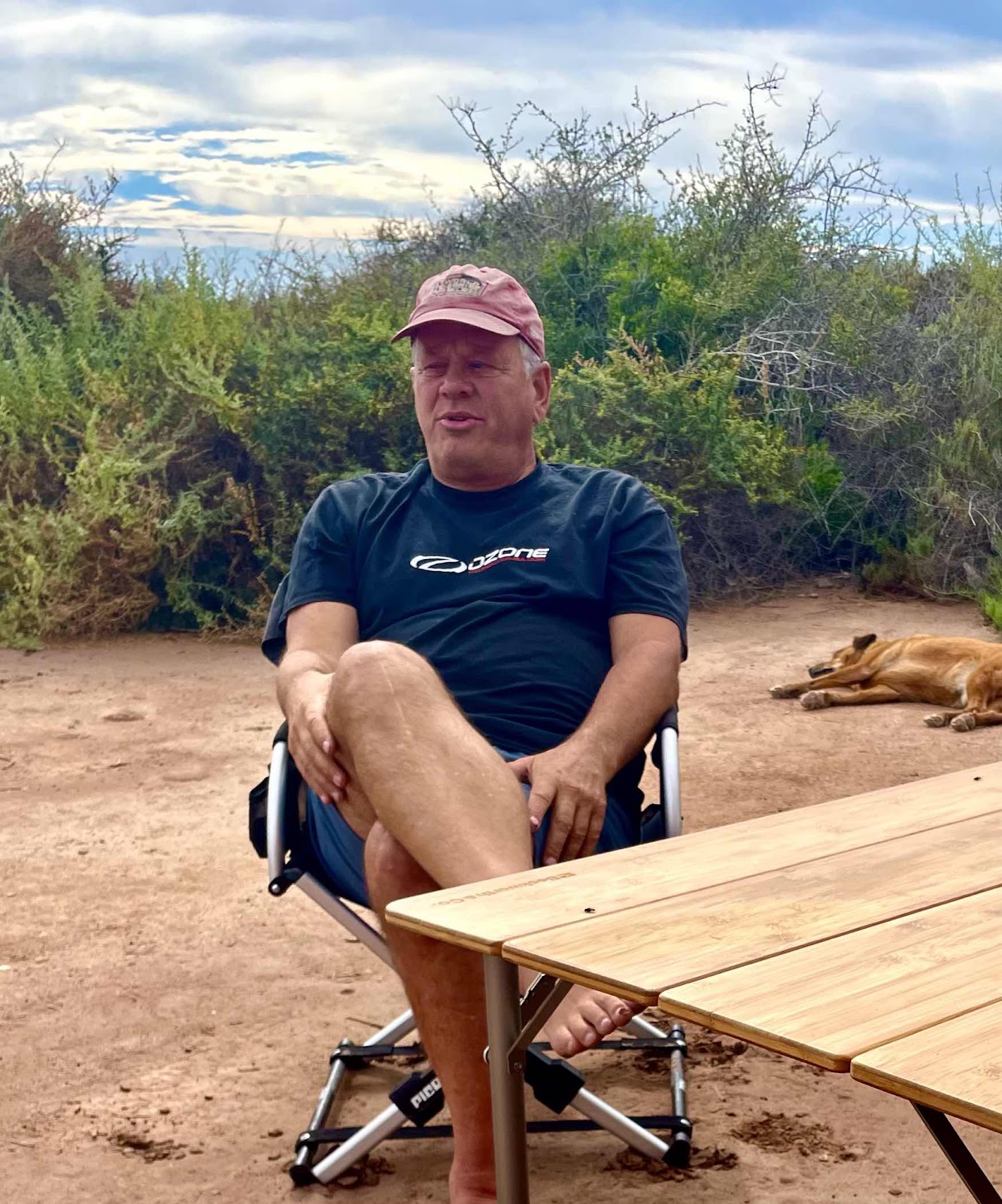 I like being around these dispersed campers, people who have found their own way. Clark’s story of getting lost in Baja on a donkey trail in his van was full of laughter but respect too. He saw a trail and without a lick of Spanish took off.  He passed a Mexican walking his donkey and the guy’s eyes opened wide at the sight of the van, Clark  said. “Never a good sign when the locals are shocked to see a car on a trail “ he laughed. And yet he lived to tell the tale. 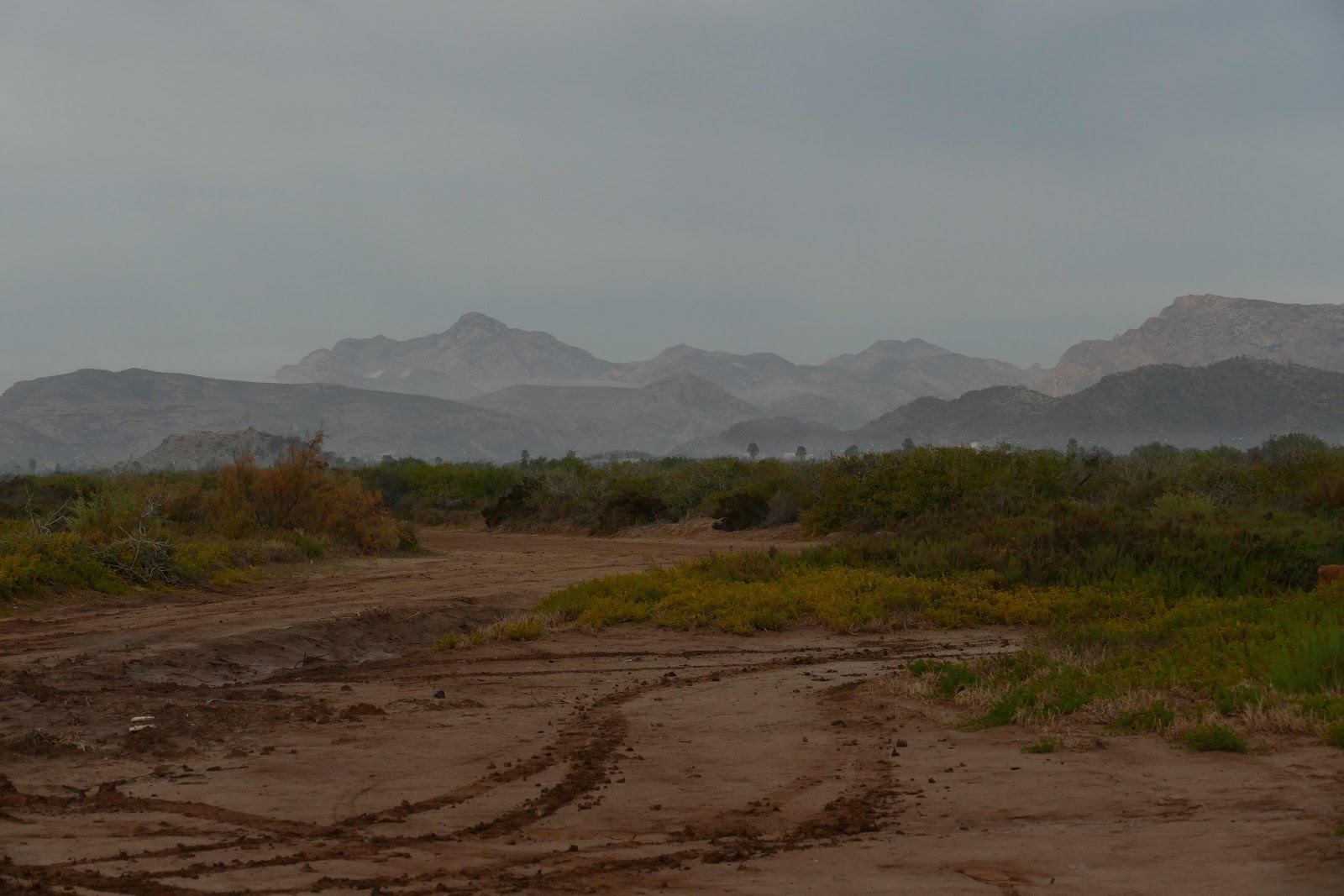 There is talk of rain on Wednesday which will turn this area into a muddy ice rink. But that’s not an issue for us we hope. By the time you are reading this on Monday, and I’m pretty sure today is Monday, we will be in town doing laundry, getting water, cleaning Layne’s teeth  in preparation for a departure from San Carlos. 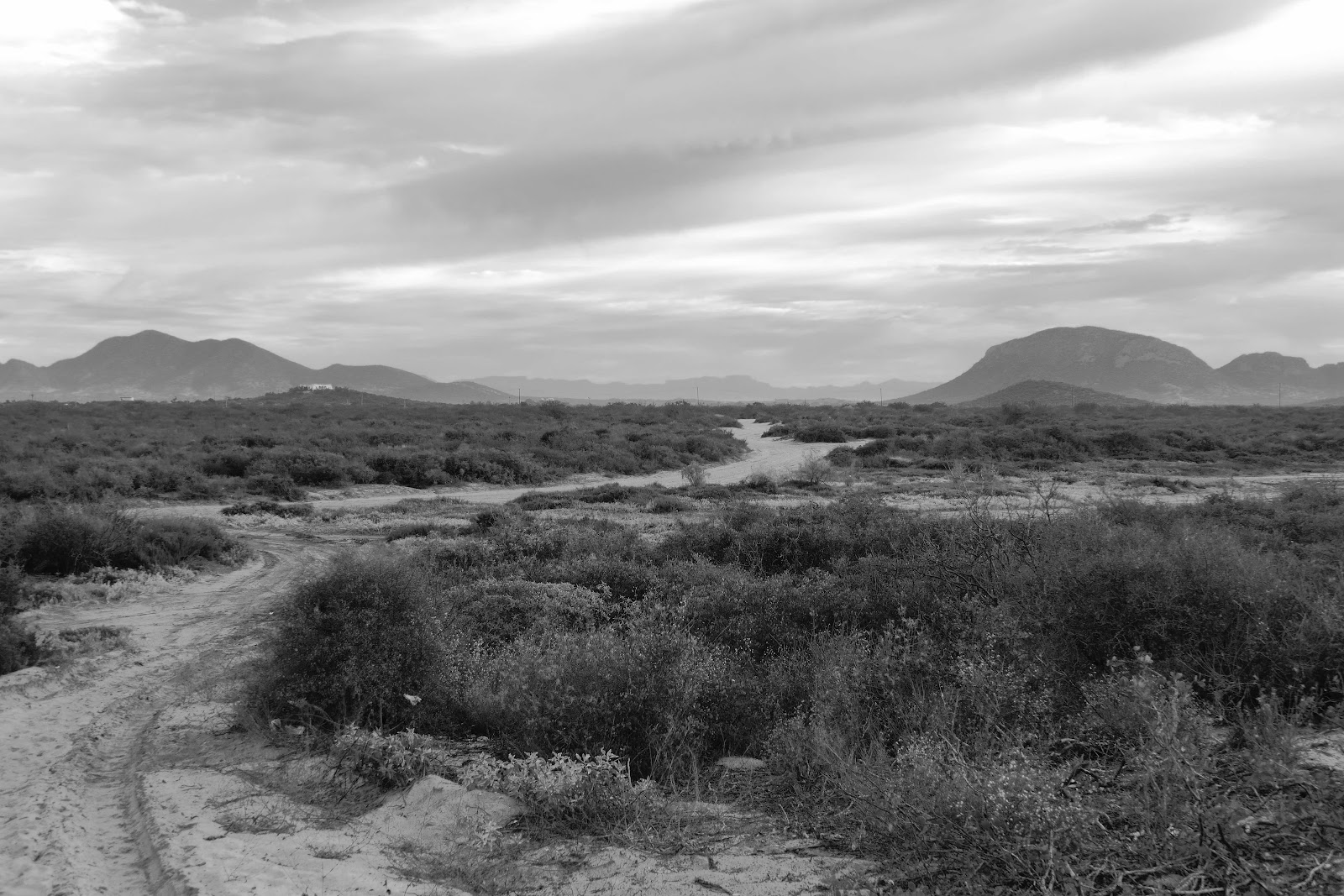 Our goal is a warmer spot down the coast. I want to explore Guaymas a little bit and reach Los Mochis where we found a Pemex gas station with overnight parking. Such stops are widely available in modern Mexico offering free overnight parking in a formal truck stop or simply an open space next to a gas station. We carry small bags of Pedigree kibbles to feed the dogs from nearby homes that don’t get fed as much as they can eat. Until gringos stop by. Giving food eases my pain. 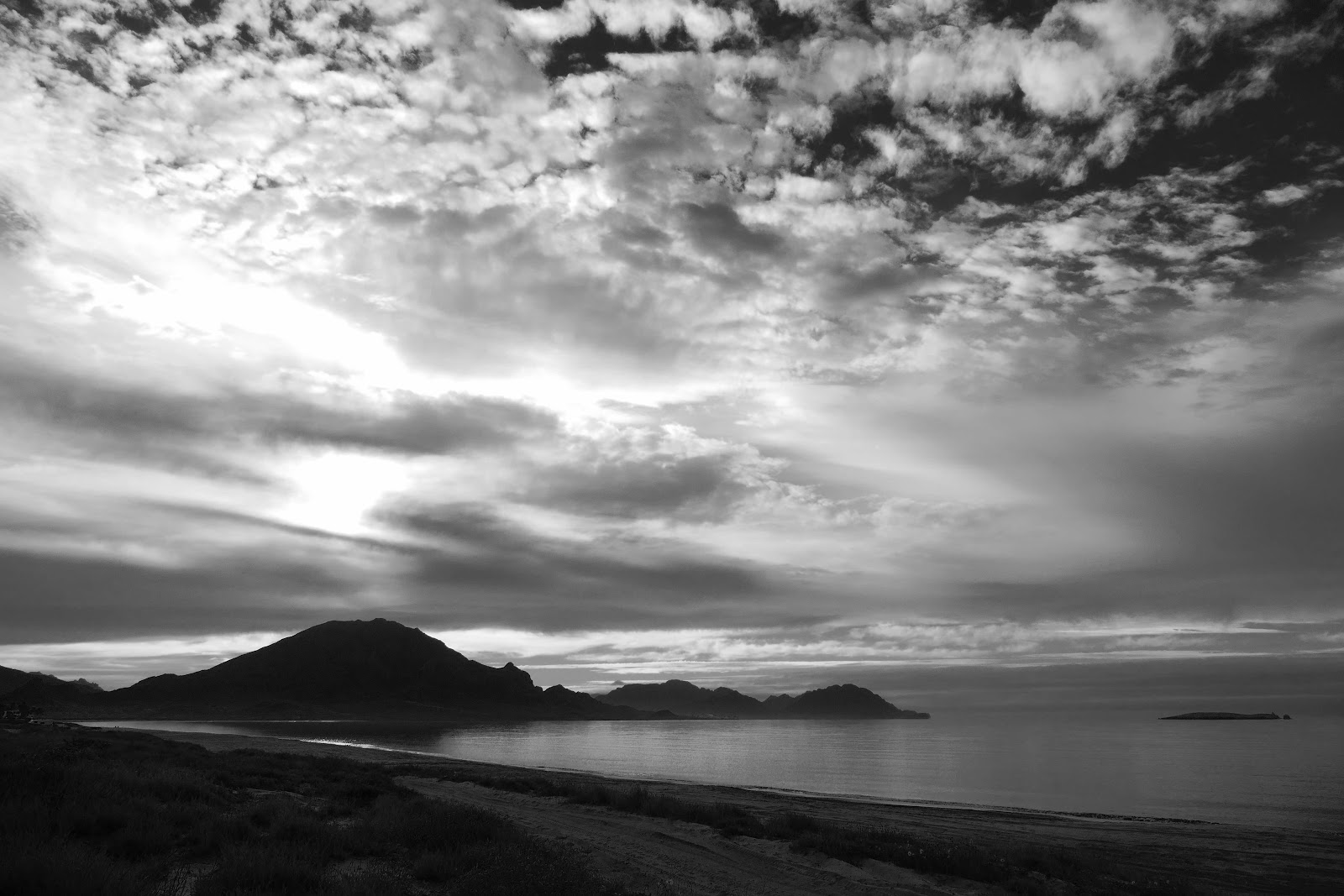 We’re also hoping to make an hour long drive into the mountains to see a colonial town called Alamos (“poplar trees”) which comes highly recommended as a stop for foreigners. IOverlander says the formal campground doesn’t take dogs (unusual!) but there is street parking they say. We shall see, I hope. 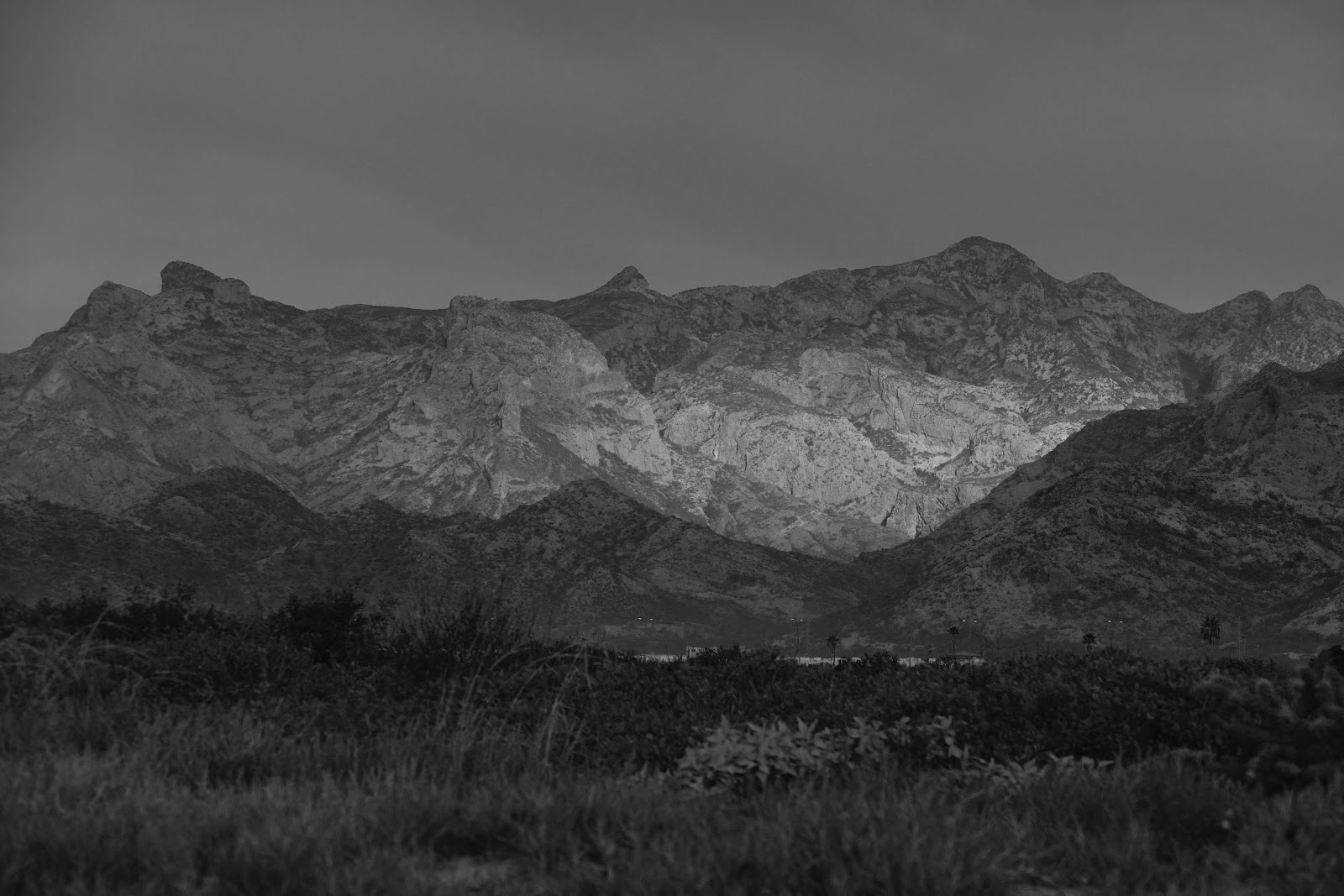 We are hoping to find a wild camp north of Mazatlan similar to this one  with more heat and sunshine and warmer water. Clark has been doing some research and says the seawater here is about 65 degrees while Mazatlan boasts 75 degree seawater. Now we’ve cracked cold water swimming that sounds positively tropical! 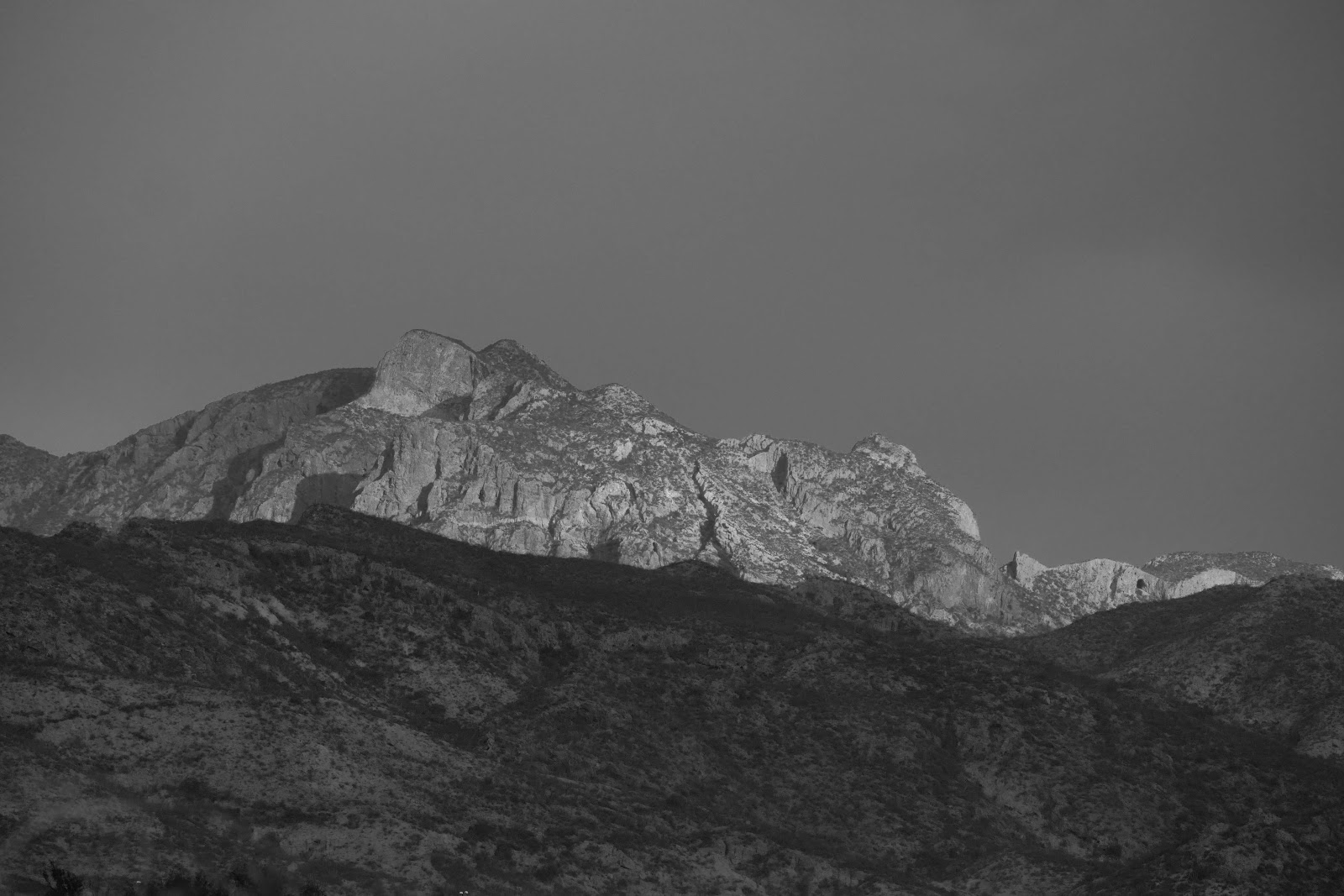 A quiet Sunday then cold and dreary enough to persuade Rusty to join us aboard our anchored boat and sleep the afternoon away in his bed on our bed. I made some pictures yesterday morning as we walked trying to recreate the image in my head of ink drawings of classic misty mountains that we tend to associate with Far Eastern art. 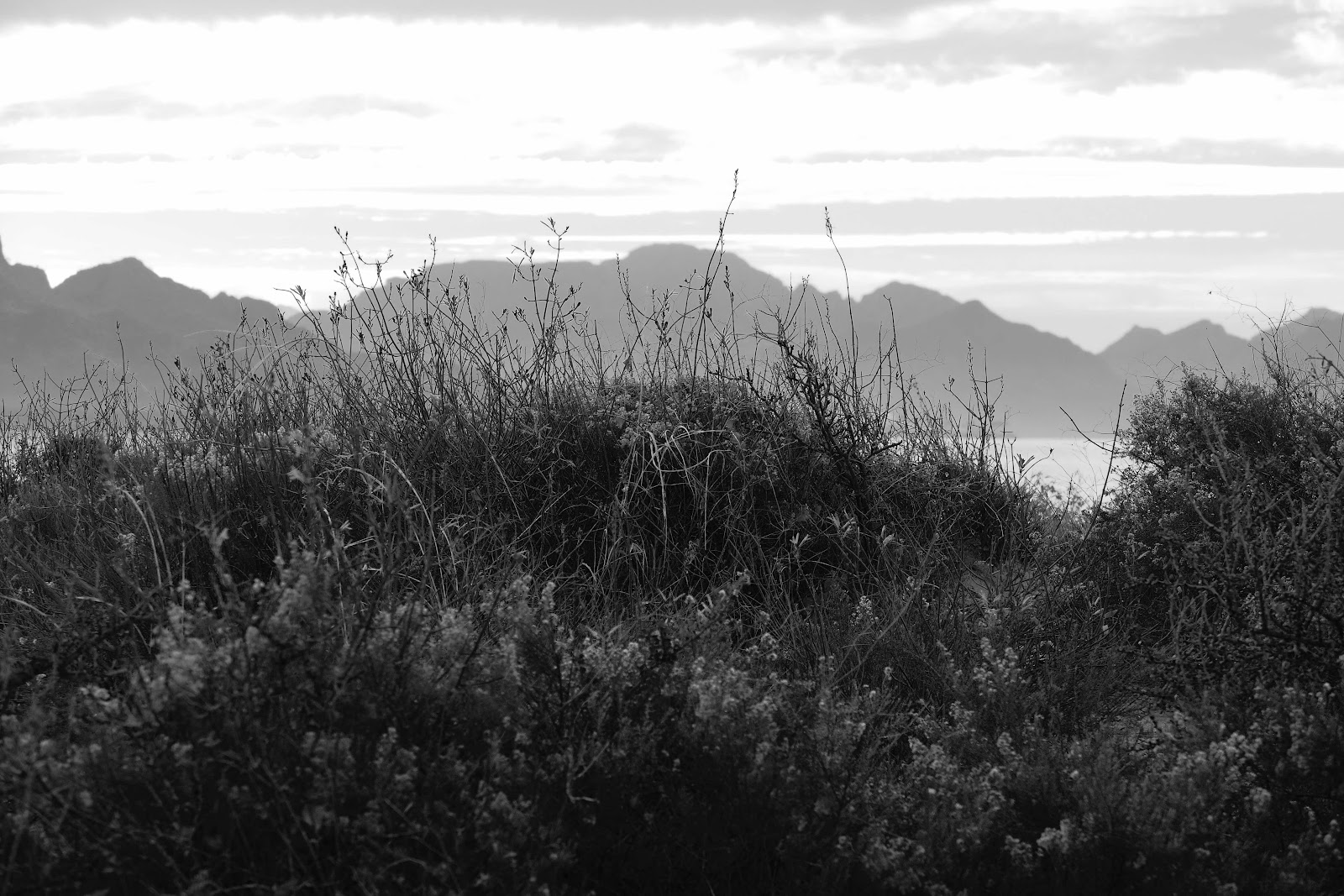 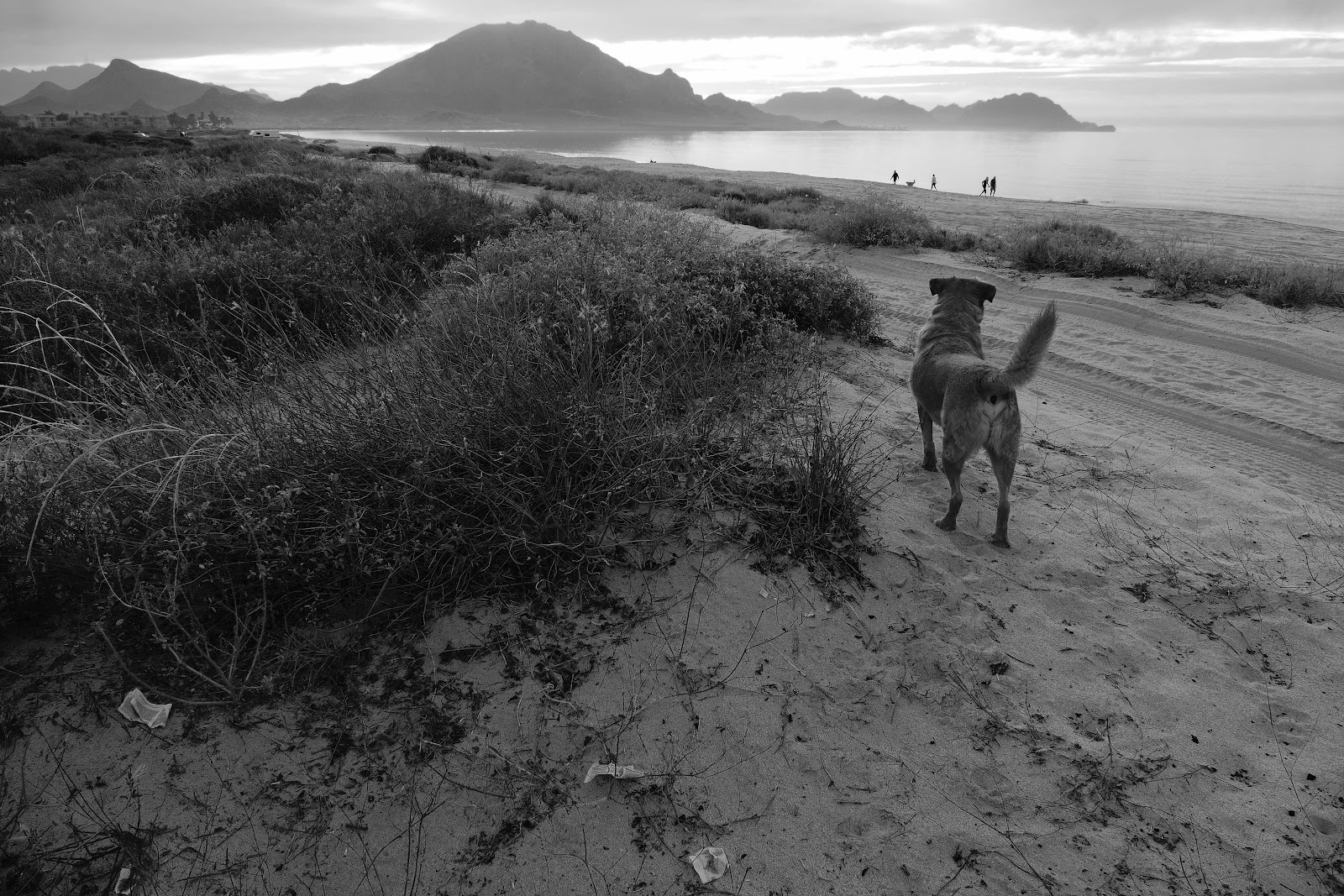 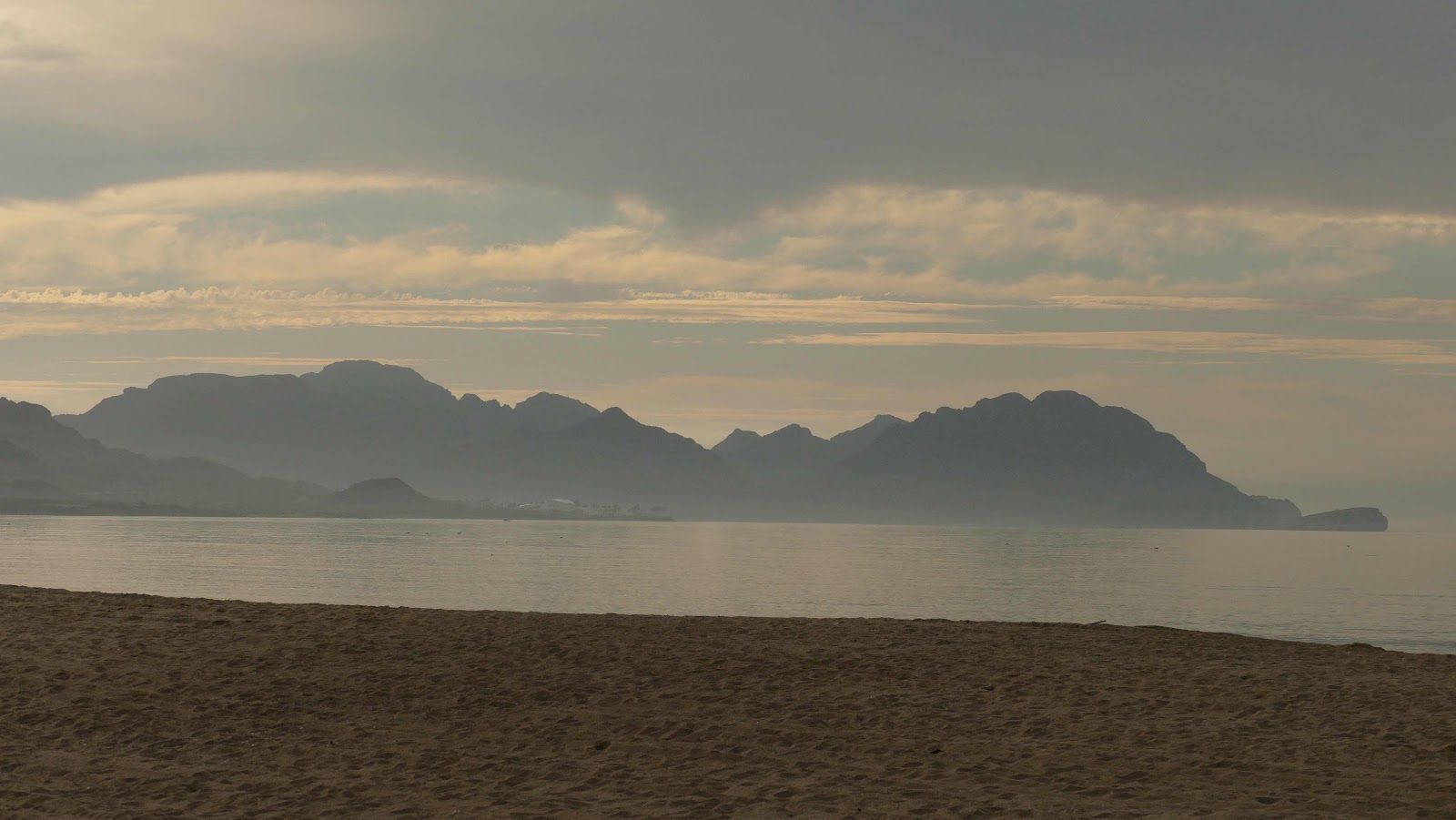 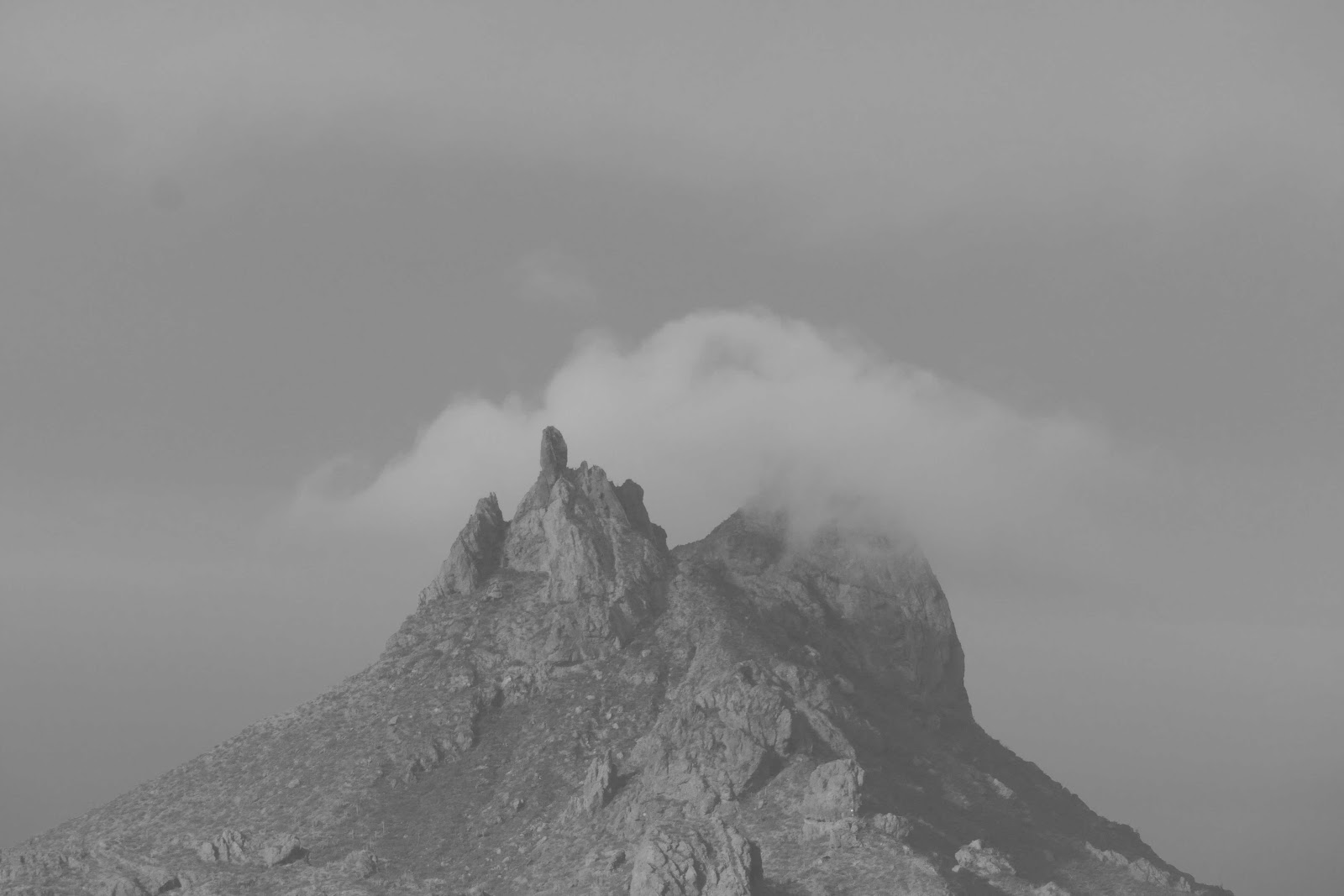 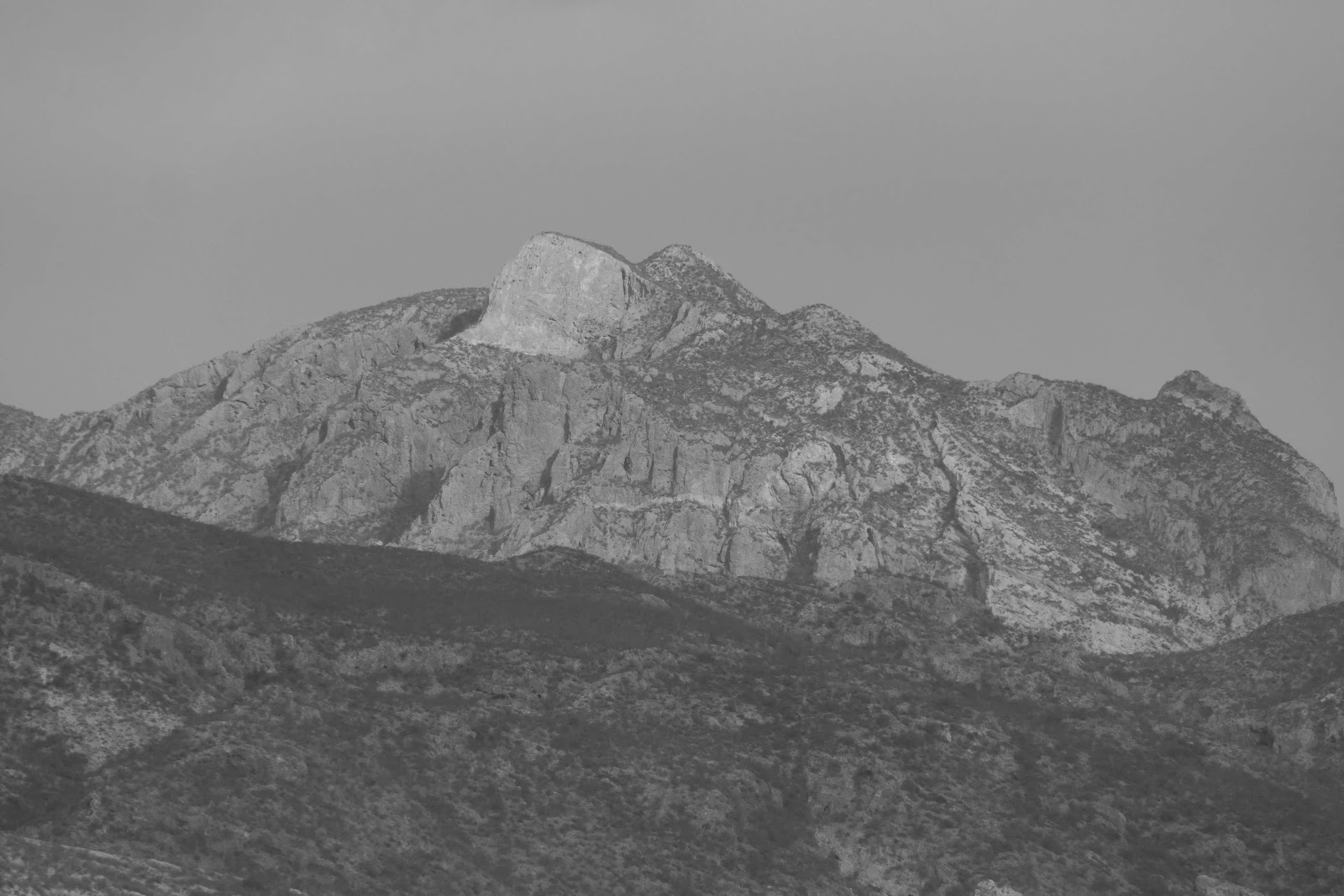 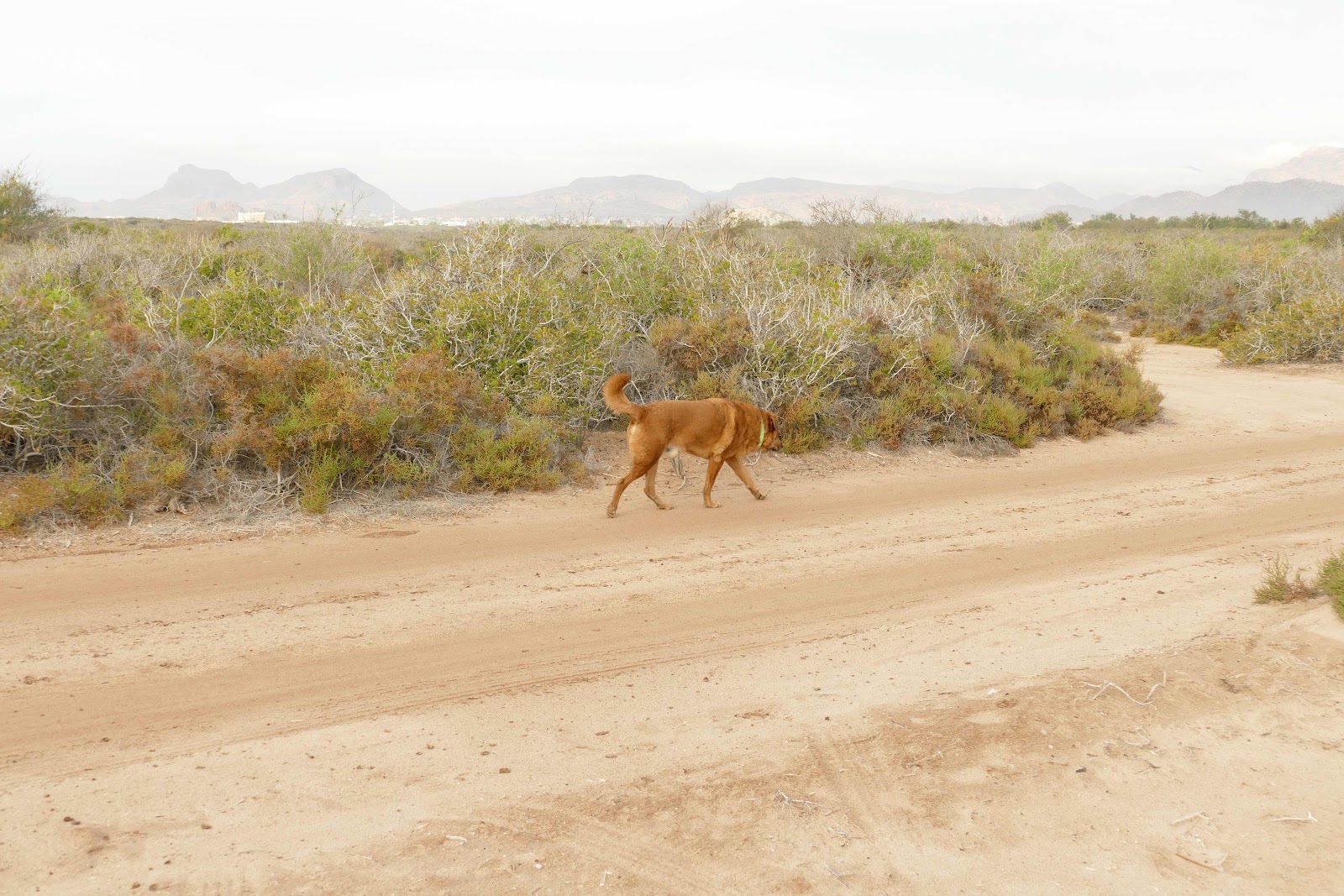 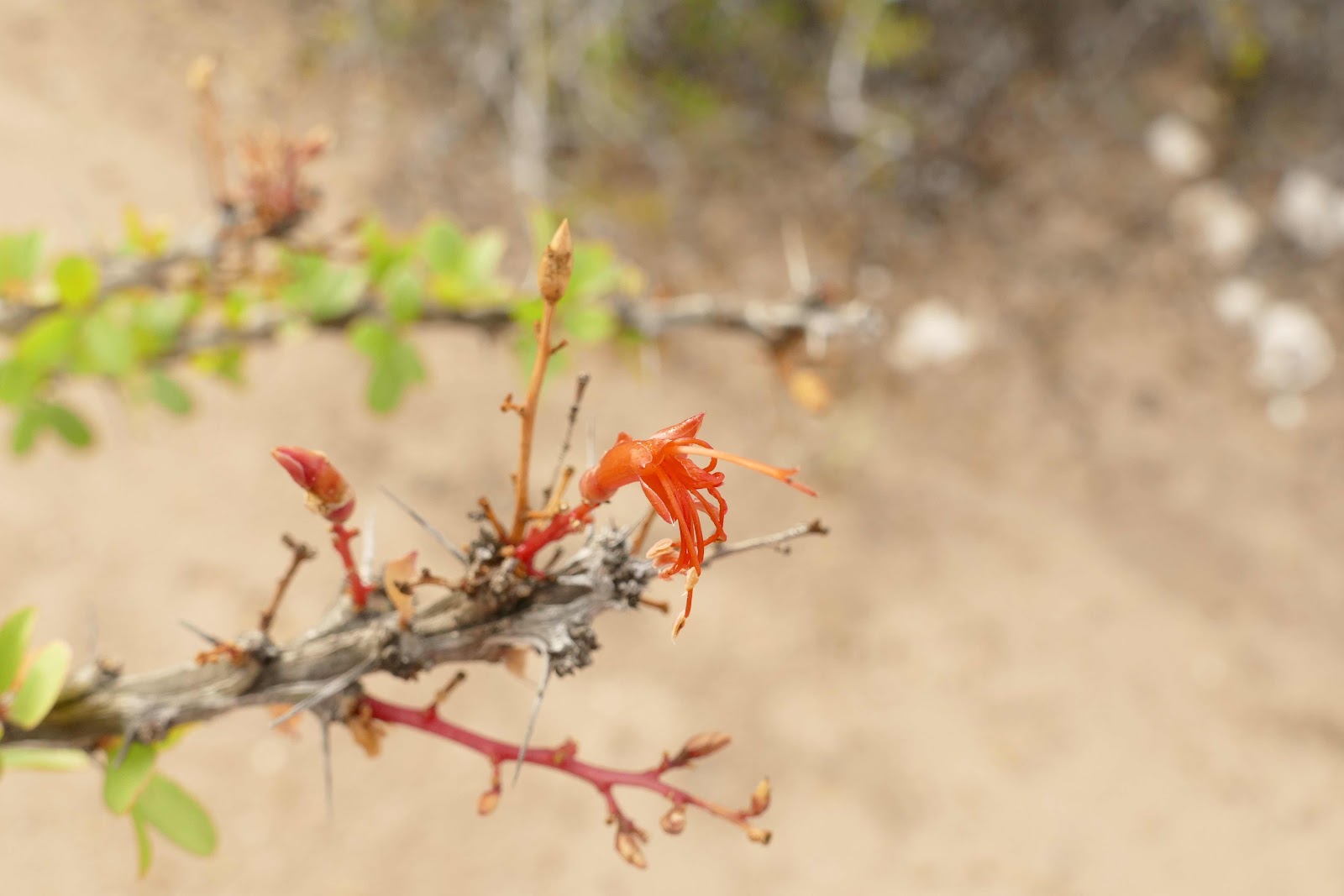 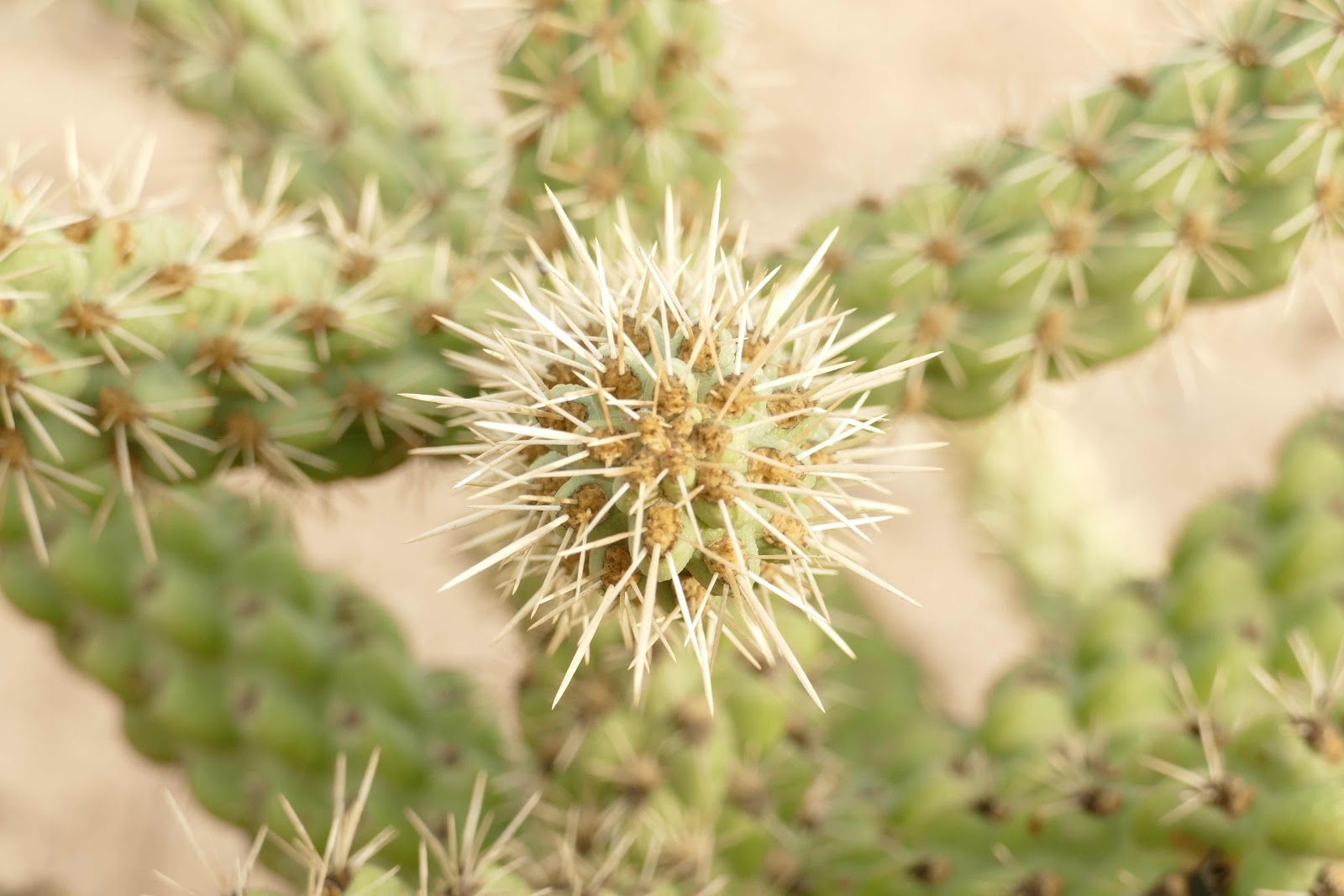 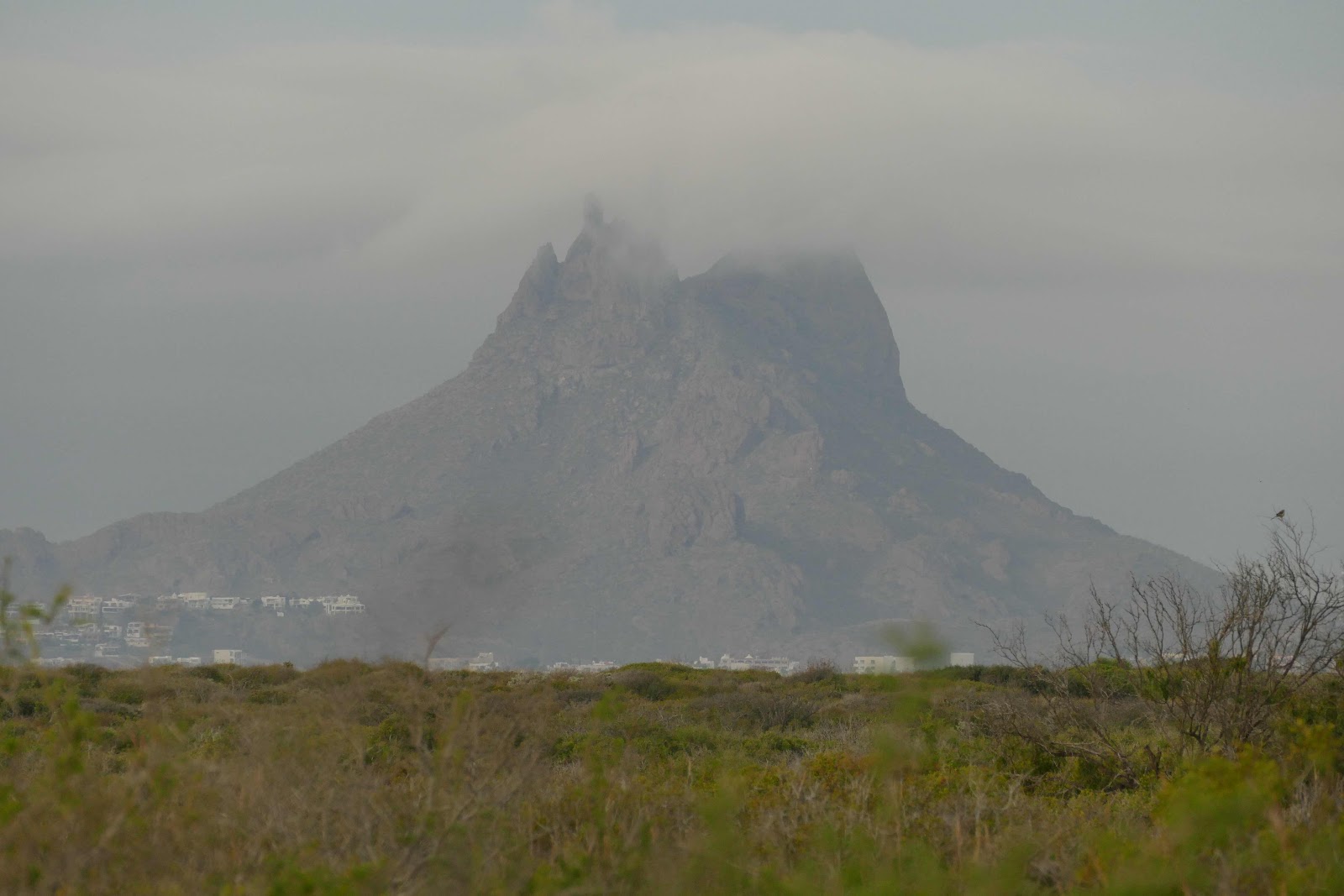 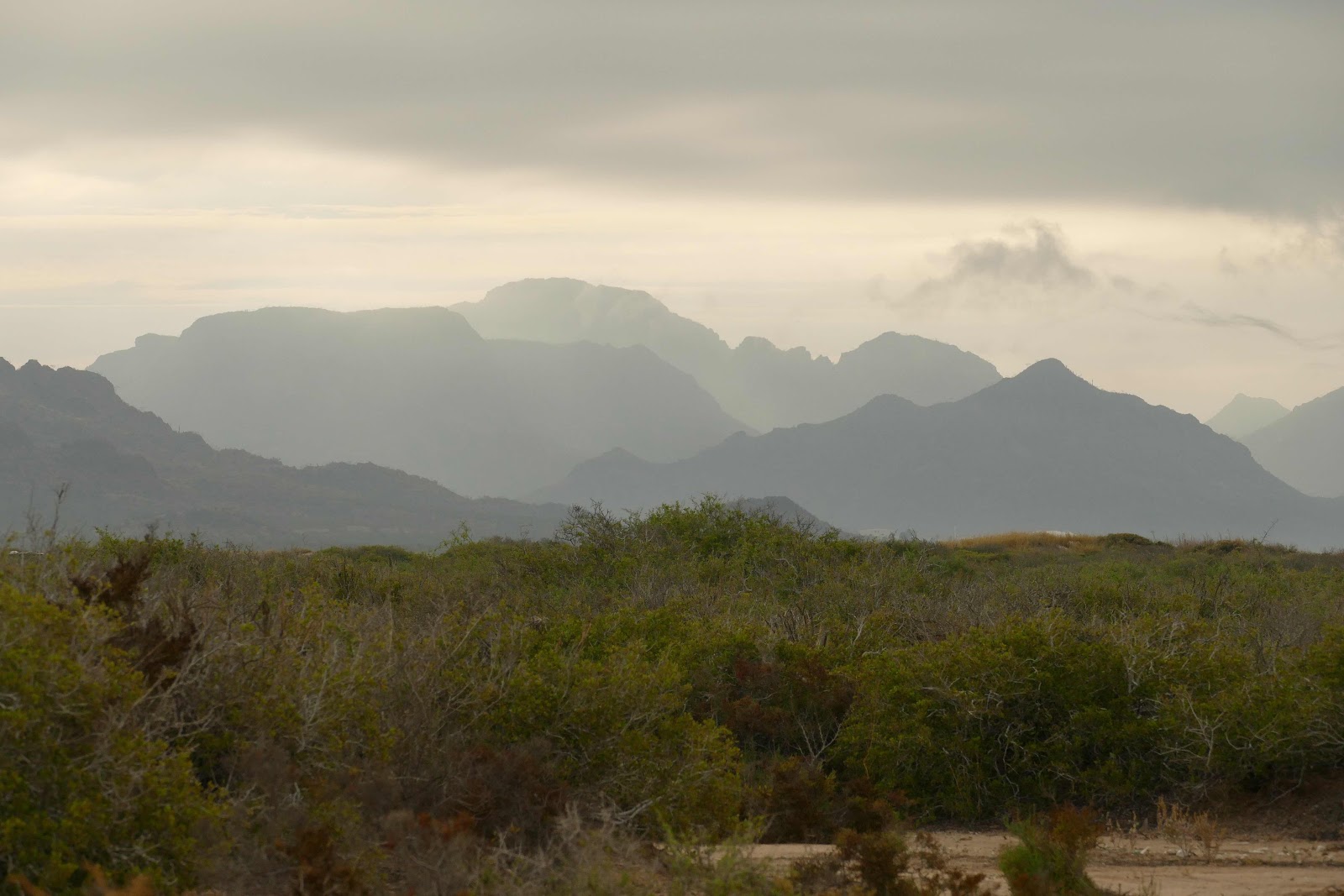 Too soft the beach sand for our Promaster so we save it for walking. And it’s cold sand in the morning so I don’t walk in bare feet as uncomfortable as Crocs are in the silky soft sand. Time to find real barefoot country! 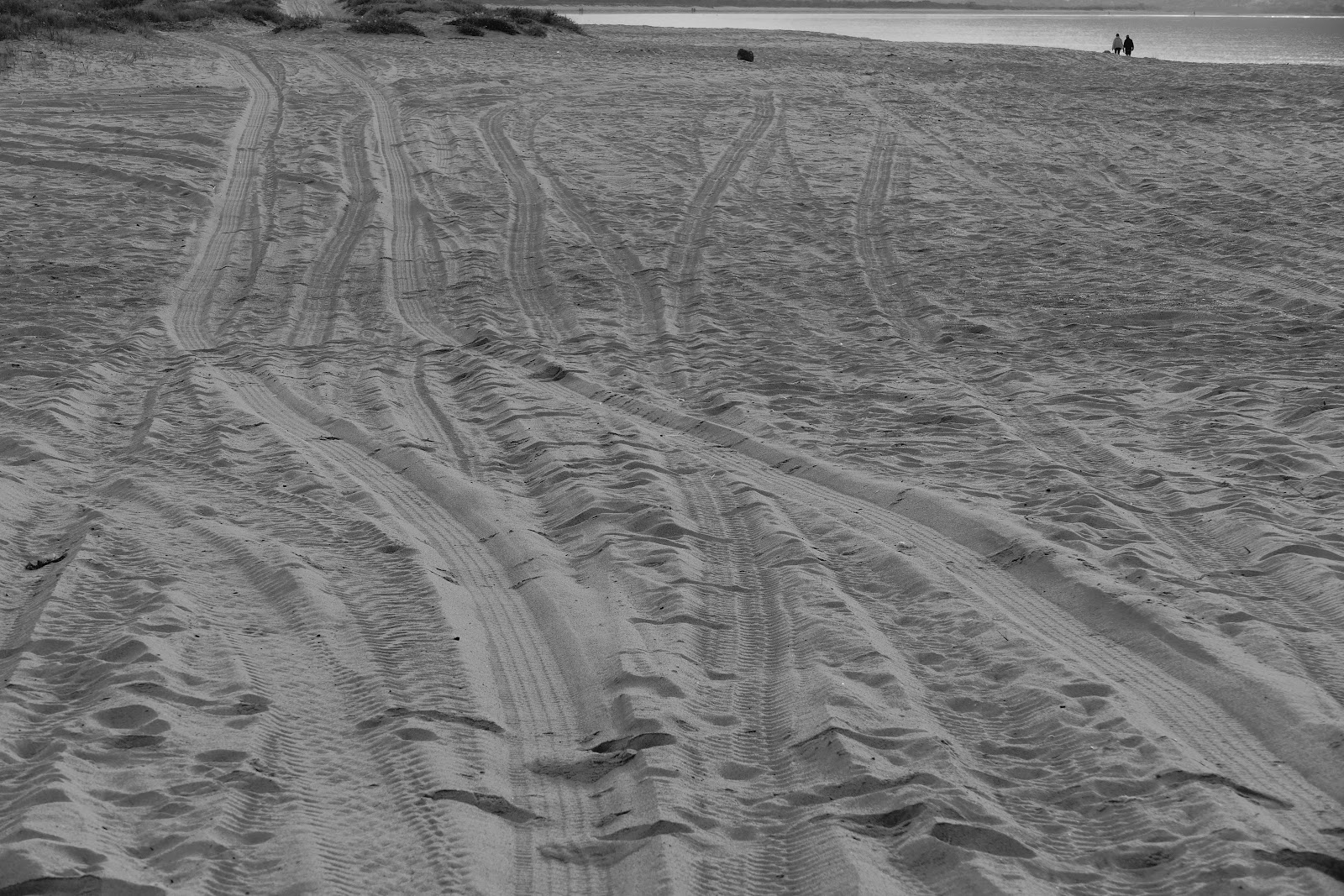 Posted by Conchscooter at 2:00 AM 3 comments: