Historians tell us the courthouse was completed in 1890 and this spot, 100 feet below the rooftop clock, the steps were where the authorities auctioned off ships' cargoes from what was known as the business of wrecking. Wrecking was a legal trade when Key West was chartered by the new American owners. Wrecking emphatically was not piracy and you shouldn't confuse the two. Pirates had no interest in Key West as there was no decent harbor, no fresh water, no trees to make lumber for repairs, and besides the island lay in the wrong place in terms of winds and currents to intercept Spanish treasure ships under sail from the Caribbean to Spain. Finally the US Navy arrived and did use this island as a base to hunt down the pirates. Do as I do and when you hear people extoll the pirate element in historic Key West zip your lips and let them natter on. It's a living making up stories in a tourist town. 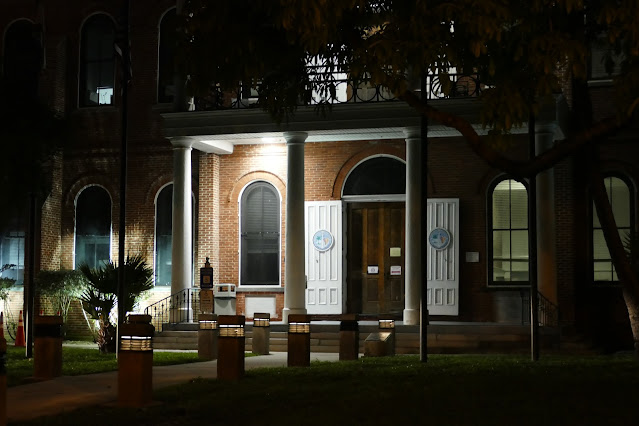 Wrecking was a licensed trade though some people did break the law while doing it...can you imagine?  Think of a time when ships sailed down the Straits of Florida at night and weren't exactly sure where the rocks and shallow water lay. If they turned north too soon to run into Key West harbor they ran aground. Wreckers were the tow trucks of the 19th century. As soon as someone saw a ship canted on the rocks they jumped into their rowboats and raced out to claim the wreck. At that point they were responsible for the cargo and they would row it ashore and store it in the warehouses around Mallory Square until an Admiralty magistrate could organize an auction. Not a bad way to make a living. 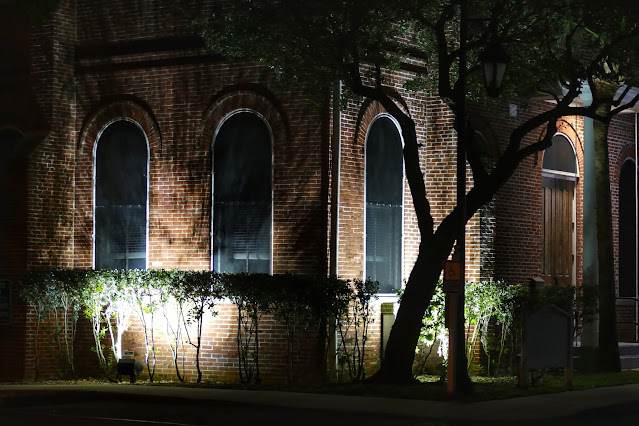 However some people would have liked to make even more money and they were the ones that broke the law, Instead of just letting ships run aground at random they tried to encourage them into trouble by shining lights in the wrong places. Nowadays the key West lighthouse is a monument drowned out by city electric lights but 150 years ago the light was a real beacon. Unless some asshole placed a conflicting light to confuse the ships' crews and when they missed the pass and hit the rocks the pirate-wrecker (!) was perfectly placed to hustle out and claim his prize. Which explains the modern confession between piracy and wrecking. 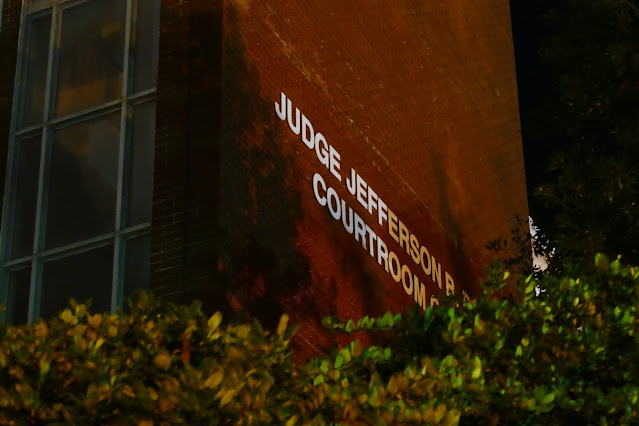 The net result of all the sea trade was that Key West was a first rate city to live in during the 19th century if you were wealthy of course. The climate was decent with sea breezes and warm winters. There were frequent outbreaks of yellow fever and no one knew to blame mosquitoes so you'll see a lot of young deaths in the cemetery. People slept on their decks and porches to enjoy cooler air but the wealthy had slaves to cook over a burning fire in tropical heat. The ships brought ice for ice houses and the latest fashions from New York London and Paris. Furniture arrived on ships too and you'll see beautiful examples in the Audubon House for example of how people lived in this trading town. 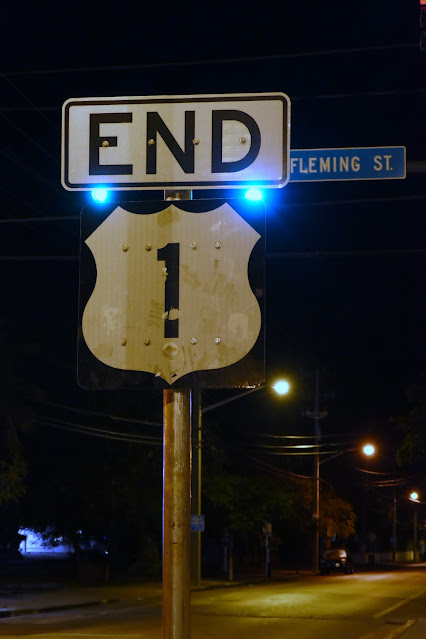 In the house below you can see modern shades on the porches just as residents would have used them to shade the house in the day and create cooler bedrooms at night. 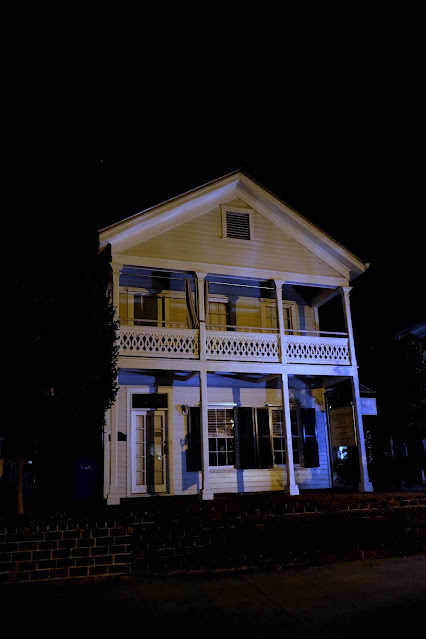 I suppose that had we lived back then we'd have considered ourselves lucky for the good times and the good things of the era, considering you could send letters, get supplies shipped and hold down a job just like today. 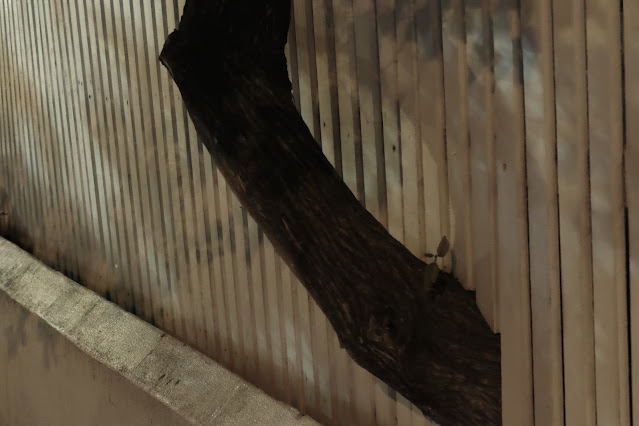 I think the pandemic has been easier for me for a couple of reasons, one being my stay in the hospital two years ago. I had my fill of the hospital bed and slow recovery so I have no temptation at all to risk contagion now. I was ventilated for a day and as little as I remember of it, that was the worst day of all waking up with a garden hose down my throat. I'm not risking that again if I can help it.  But the other thing that helps me deal with my emotions  is remembering how common pandemics have been through human history. I am not subject to conspiracy theories and the pointless pursuit of blame for this mess because illness is part of life. Equally I don't question vaccinations because I grew up in a time when I knew exactly what whooping cough sounded like, how ghastly polio and measles were and how easy it was to die of cholera, yellow fever and smallpox in countries I visited. I don't waste energy trying to outthink people who have spent their careers protecting us from common killers of the 19th century. 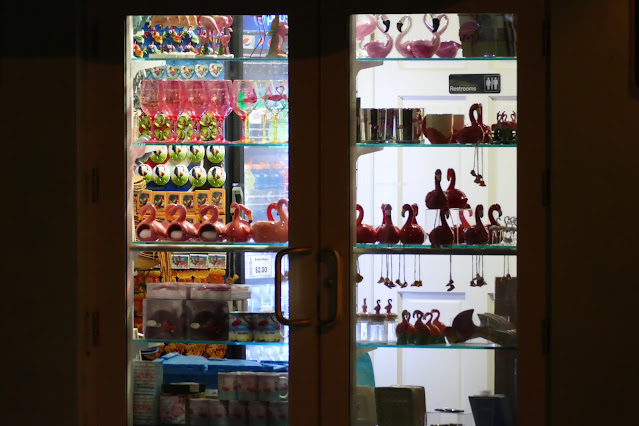 Jesse James is a thrilling romantic figure of 19th century crime, and he isn't alone in the popular imagination. Our histories are filled with wild romantic absurd deaths and lives lived on the edge of constant peril. Reality was very different with pandemics a constant dull fear permeating our ancestors' lives. Yellow fever was a perennial companion and you don't even know about that disease these days. When I rode my motorcycle around Africa in the 1970s a yellow paper vaccination card was a critical travel document, issued by the World Health Organization and stamped by the doctor who verified your travel vaccinations. I read about modern Americans outraged by the notion of a Covid vaccination card! There's no point telling them credit cards alone tell Big Brother everything they need to know about you to sell you more stuff. A credit card and bar code and you are more exposed to tracking than any number of paper vaccination cards. 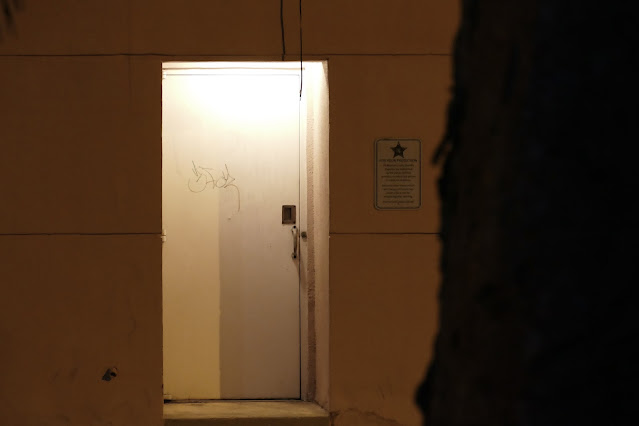 It's a bit of a simplification to say the more things change the more they stay the same but still...the next time you block a driveway with your car and the tow company wants $150 to release your impounded vehicle to you, think as I do about wrecking, piracy and your own choices which lead to your consequences. No whining!  That's a tough requirement for me, not to whine, much tougher than making the choice to get vaccinated which was always a no brainer. 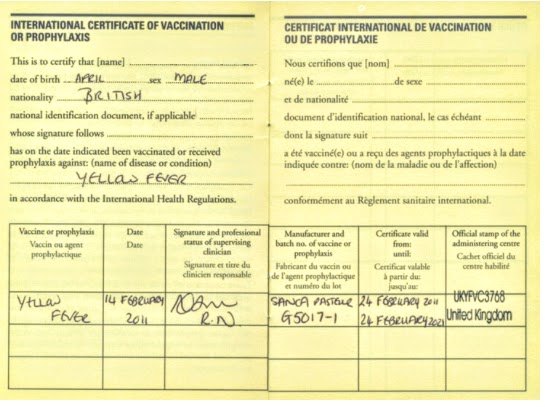 On 14 May 1796, Jenner tested his hypothesis by inoculating James Phipps, an eight-year-old boy who was the son of Jenner's gardener. He scraped pus from cowpox blisters on the hands of Sarah Nelmes, a milkmaid who had caught cowpox from a cow called Blossom, whose hide now hangs on the wall of the St. George's Medical School library (now in Tooting). Phipps was the 17th case described in Jenner's first paper on vaccination.

Jenner inoculated Phipps in both arms that day, subsequently producing in Phipps a fever and some uneasiness, but no full-blown infection. Later, he injected Phipps with variolous material, the routine method of immunization at that time. No disease followed. The boy was later challenged with variolous material and again showed no sign of infection.

Donald Hopkins has written, "Jenner's unique contribution was not that he inoculated a few persons with cowpox, but that he then proved [by subsequent challenges] that they were immune to smallpox. Moreover, he demonstrated that the protective cowpox pus could be effectively inoculated from person to person, not just directly from cattle."[36] Jenner successfully tested his hypothesis on 23 additional subjects.