Its that time of year when the orange blossoms are out in force or supposed to be, except it's been rather dry this Spring. It's Latin name is Delonix Regia, which is often translated into English as "royal" poinciana. 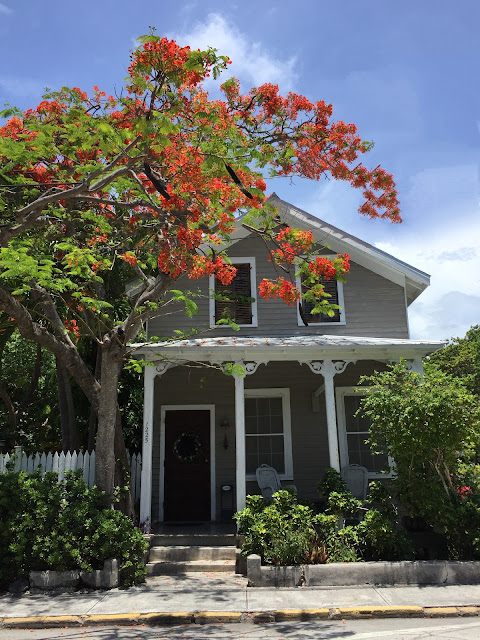 The tress are either magnificent or gaudy depending on your point of view. 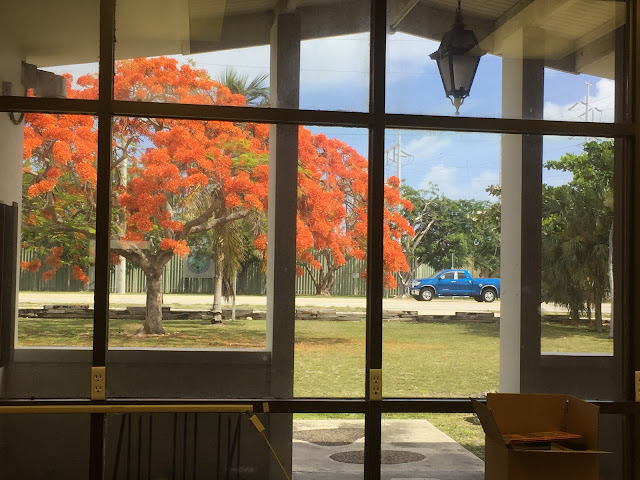 And they drop carpets of orange on cars, sidewalks and anything that happens to be underneath. 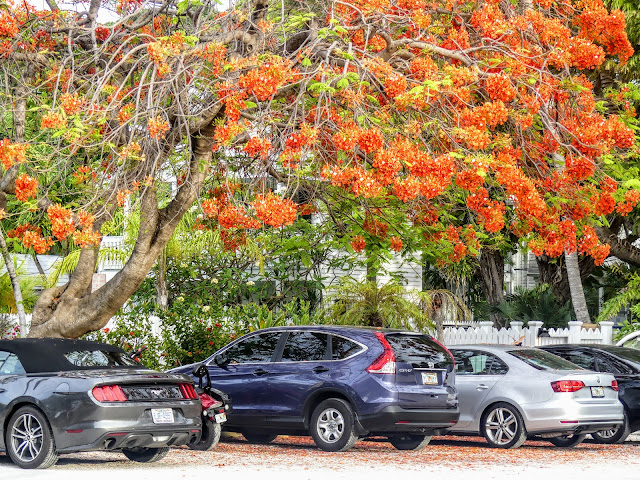 No, this isn't a poinciana fence. It's just my little joke, the orange construction fence in the same shade. 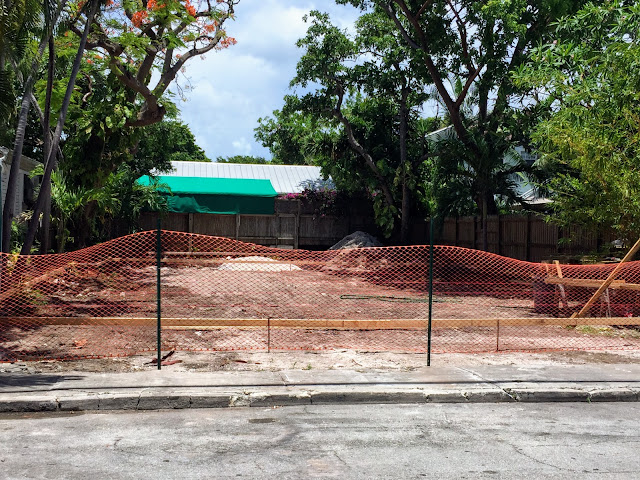 The orange flowers creep into every picture if you aren't careful, it's just the way it is this time of year. 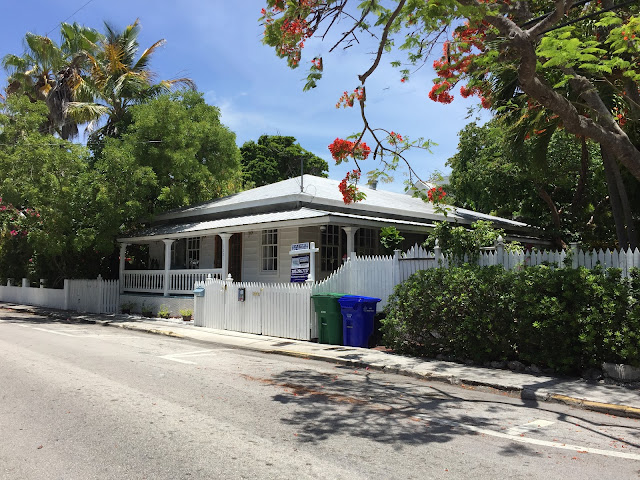 To Read MORE.
Posted by Conchscooter at 12:00 AM 2 comments: Links to this post