I am forced to wonder at myself from time to time. Walking Cheyenne up Olivia Street I was quite surprised to see a crowd of people on the corner of Whitehead Street. Silly me, it's one of the biggest attractions in Key West. 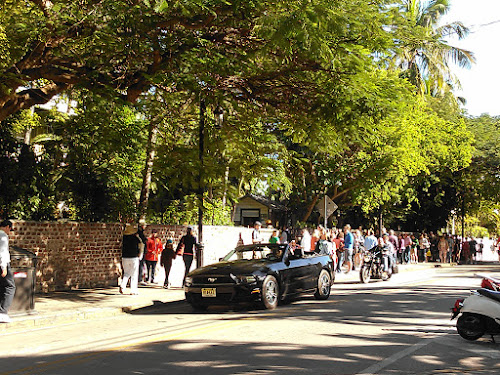 Of corse I have visited from time to time because I do want to see what people come to see, even though I am not a huge fan of Hemingway's writing style, as spare as it is. 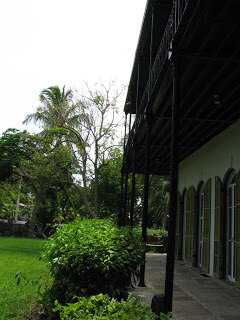 His home is also a slice of Key West history, this is how the wealthy lived in the twenties and his life is preserved. That his favorite home is in Cuba, also recorded on this web page if you search Finca Vigia doesn't detract from the historical value of this home. 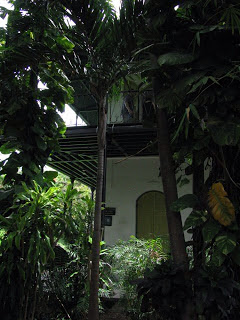 It's a popular place and it never ceases to amaze me that this historic home is privately owned. In Europe where I grew up public places lie this with national significance would be owned by the state and held in trust for the people. That this is now a money making operation strikes me as a little weird. 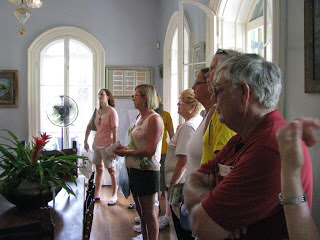 The cats are always an issue in a town where neighbors have a hard time getting along. Supposedly the cats are descendants of Hemingway's felines and by means of the all-American lawsuit neighbors who hate the cats have managed to get the might of the Federal government involved in overseeing the animals. A federal judge ruled they are the equivalent of commercial bovines and need to be overseen as farm animals by the US Department of Agriculture! Strange neighbors indeed. 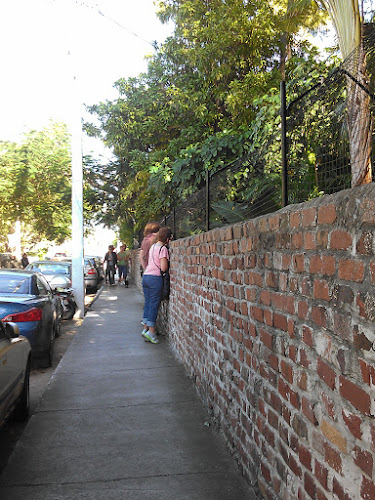 There's lots to see inside the gardens which cost a few dollars to enter but is not apparently entirely worth it for everyone. A quick peek is enough, whichnis how some people view Key West in its entirety, a small town, worth a quick view, no more. 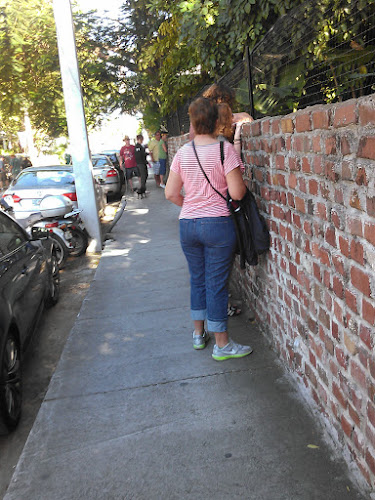 Cheyenne likes the deeper longer inspection of her surroundings and she never seems to tire of walking city streets. It's not every dog that gets to sniff the famous Hemingway brick wall (which wasn't here when he was) and I doubt most dogs care. 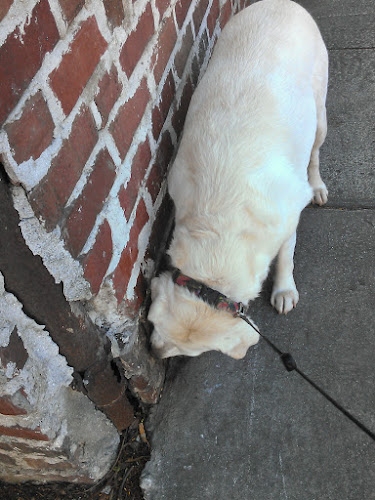 I try not to get supercilious about the attractions that draw others to town. It is after all home to a writer who won the Nobel Prize. No small thing that, and there are tons of visitors to show it is an interesting thing, even if it isn't a properly registered National Monument.