I had wanted to drive across southern Tennessee, a piece of country previously visited decades ago on a cross country trip by motorcycle and remembered as exceptionally beautiful and pastoral. Instead the lure of Chattanooga held us too long and we ended up crossing the state in five freeway hours in a hurry to make a dinner date in Memphis with some friends who had driven from California to make a meeting in Indiana. We met in Memphis for dinner and we had a brief encounter in what was for us all an unlikely city. We have known Kim and Joe for twenty years. 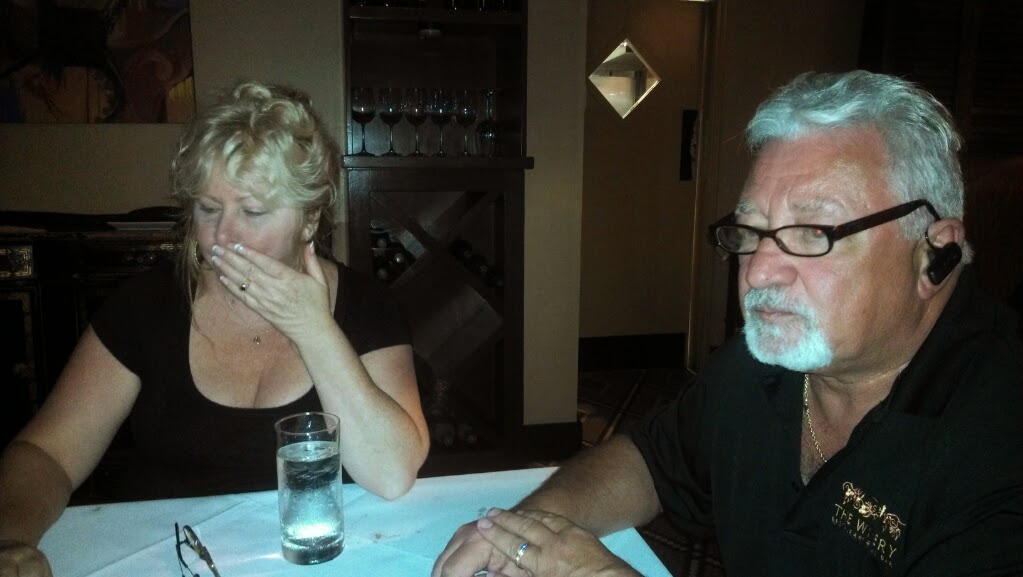 After dinner we walked Main Street to Beale where the noise and the crowds were off putting enough, but fortunately Cheyenne saved us as dogs aren't allowed on the famous thoroughfare. That was fine by me as I hadn't driven to the mighty Mississippi only to find myself back among the drunks of Duval Street. 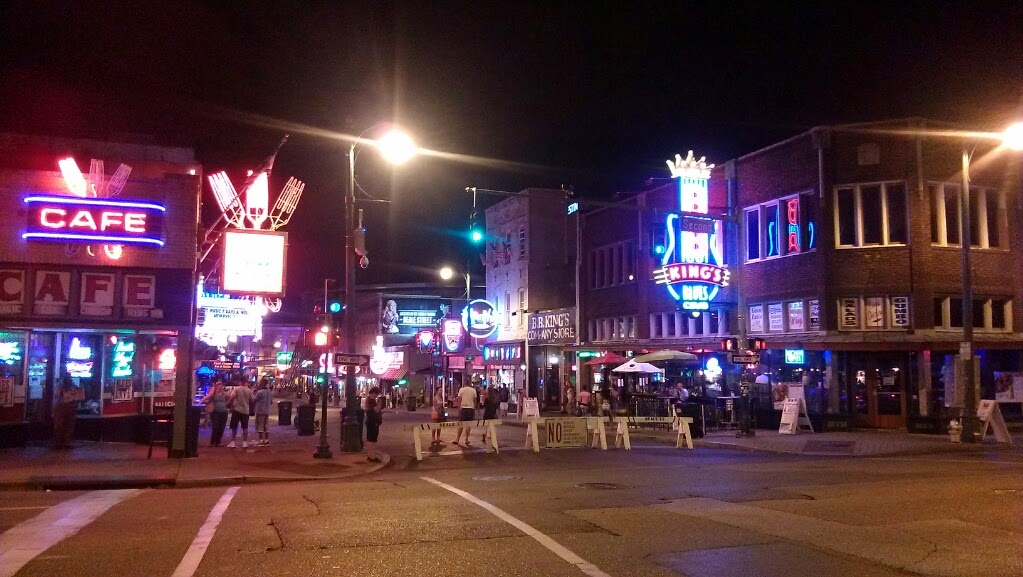 We didn't find the core of Memphis on this trip, and because Cheyenne's vaccination papers were at home we couldn't leave with a dog day care center, even had we wanted to, while we toured Graceland so that plan was scrapped too and we turned back towards home leaving this city unseen, causing us some vaguely  guilty feelings for failing to figure it all out.

The good news was the roads between Memphis, Tennessee and Oxford Mississippi were quite splendid, curving through lush farmland... 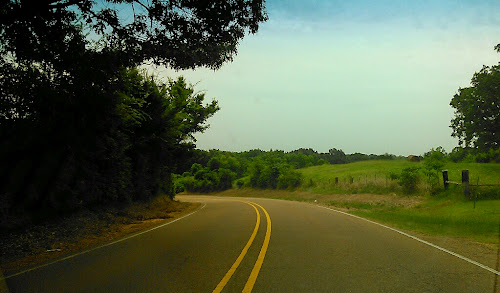 ...causing me to miss my Bonneville... 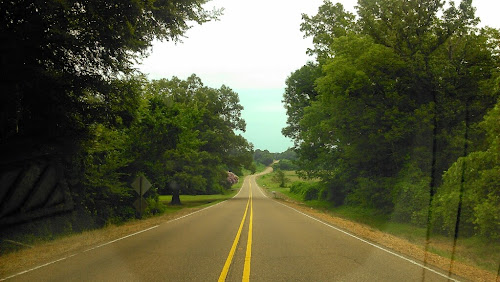 ...and remind me at every curve that I was seeing this world through the windscreen... 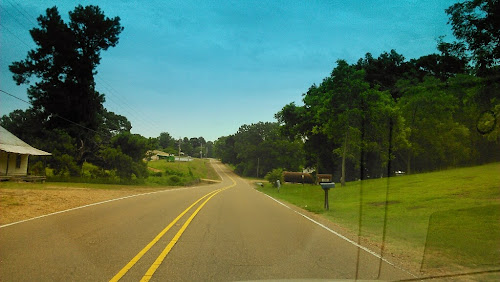 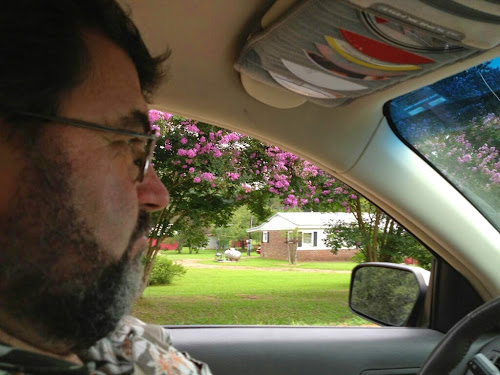 But one mustn't grumble; the company was good and the air conditioning most welcome. 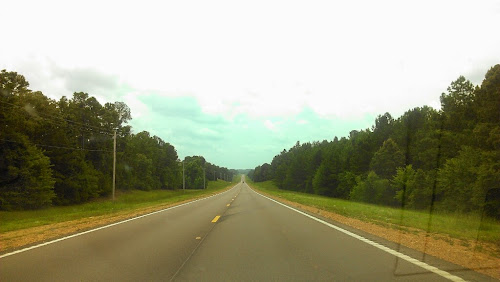 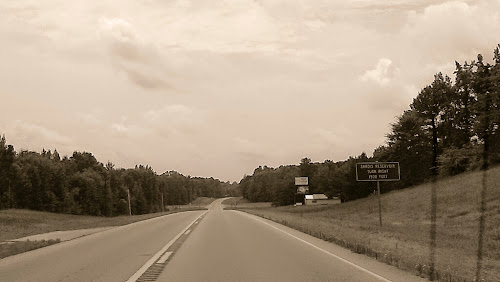 And eventually we arrived in Oxford, a city built and named to attract the state's university. 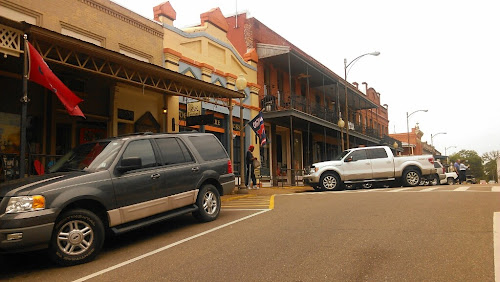 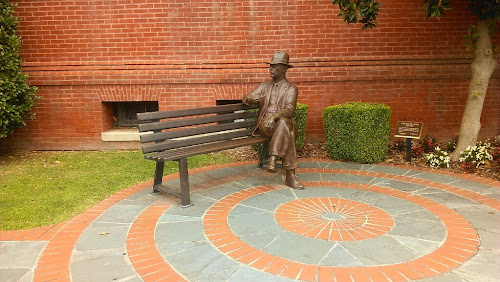 The familiar British phone boxes are being torn up across the Old Country but here in Oxford Mississippi the enduring symbol was still on line: 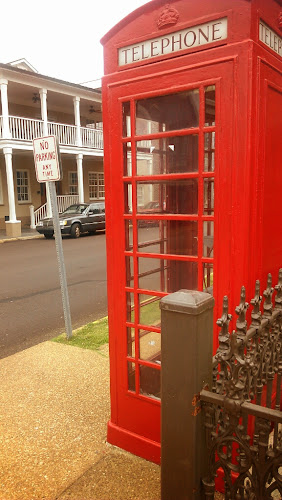 The Lafayette County Courthouse boasted a monument to a Confederate soldier out front and the state flag still incorporates the Confederate Battle Flag, but getting with the modern program has never been Mississippi's preoccupation even as it's  schools languish in last place nationally and its roads are true boneshakers. The architecture is stern classical and lovely. 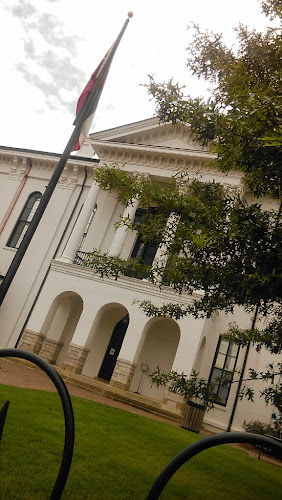 And while the food may be appalling calorically speaking... 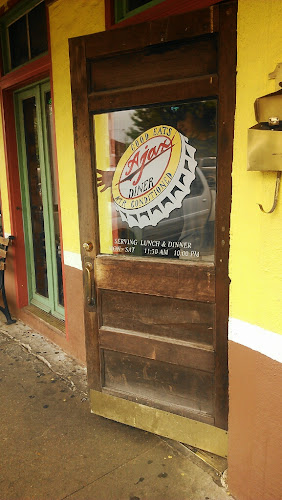 ...the taste is delicious. My wife had the catfish, mac and cheese fried okra and jalapeno corn bread... 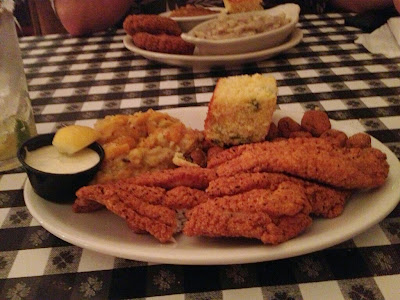 ...while I went for chicken and dumplings, fried eggplant and rice with gravy. All in, with a margarita for my wife and  a coke for me we spent less than thirty bucks with tip and taxes. 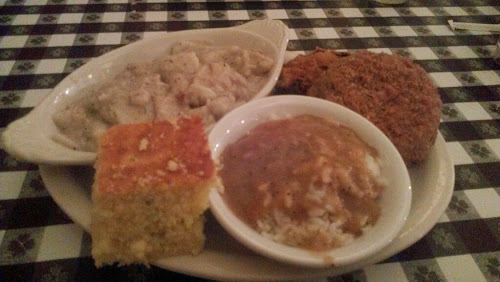 The Ajax diner is a popular spot. 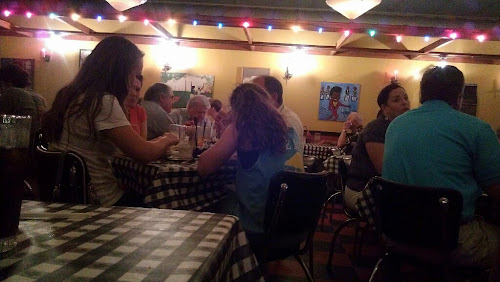 I was amused to notice the servers were attractive young white women while the busboys and cooks were black men. 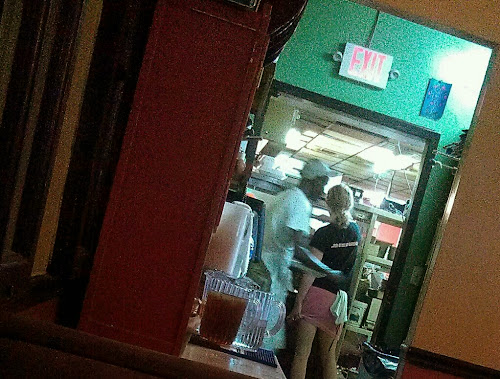 Oxford seemed unexceptional, just rather crowded for a small southern town. Parking was at  a premium, and the square was lined with interesting small local stores. I bought myself a book by Jeff Shaara on the Siege of Vicksburg. He is actually a Florida author who teaches at the University of Florida Tallahassee. I like his books a great deal. 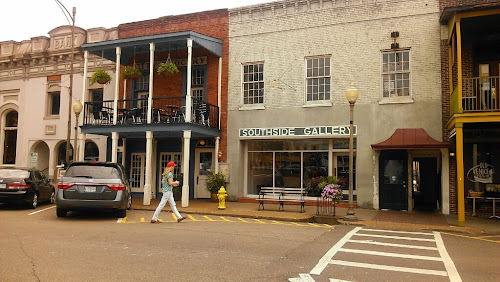 Cans only, but the habit is forming everywhere to recycle in public. 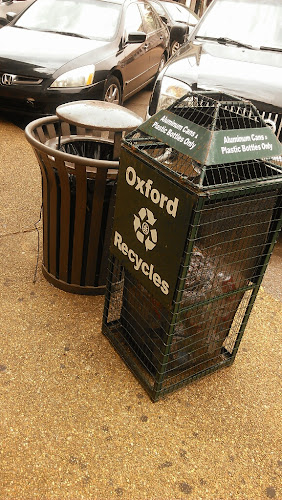 I was the driving force behind the direction of this road trip as I had long wanted to explore Chattanooga and I also had designs on Oxford, a city of which I had read but never seen. It used to be home to author John  Grisham, and before him the far less readable but far more revered William Faulkner. 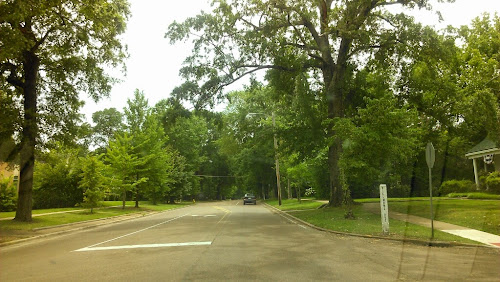 He bought a house in the leafy suburbs away from the heart of Oxford, so using our trusty GPS we found our way to what appeared to be the front gate. Along the way we passed modern well to do suburban homes by the dozen, like this, not very well photographed: 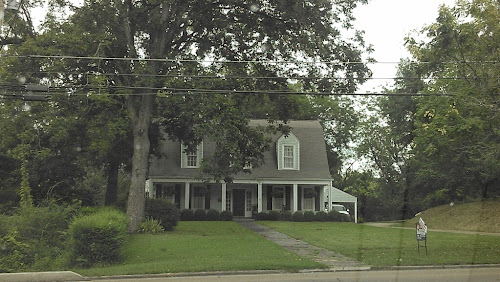 The signage for Rowan Oak wasn't obvious at all. 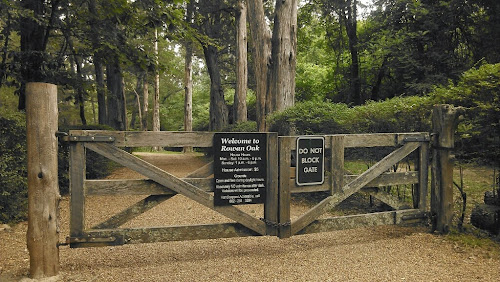 But we found out there was a reason for that.