Let me say up front a friend invited me to go with him to the inaugural Marathon Race on the Cow Key Bridge but I got my head down on a project and I didn't go and I regret it bitterly. I met some participants in Key West's best event, the world's first and only Zero K foot race after the event and they had a great time? Bugger me! This photo from the web shows the course, a harrowing quarter mile (maybe) across the only bridge connecting Key West to Stock Island. I'd liked to have strolled it to raise awareness of awareness. There is so much awareness-raising going on I figure we need a guide to increase awareness of awareness. Besides I am quite well aware of breast cancer and all that stuff.

That was the fun Key West moment, a "run" from nowhere to nowhere in costume if you preferred. Last week the law in this county and in this country took a beating and I did too. Judge Audlin ruled that Peary Court was Navy property when patently it's not, and by so ruling he deprived Monroe County of a Eleven million dollars in Back Taxes. Let me explain: Peary Court has always been Navy property though for a while it was abandoned and became an impromptu city park with trees, grass and a softball field. 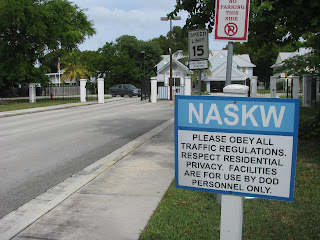 I liked the movie and I liked the brief night softball scene not least because a friend of mine was one of the crowd during filming, but I remember using Peary Court as a shortcut from my informal dinghy landing at Garrison Bight to get to Southard or Fleming for my walk downtown. When the Navy decided to turn it into housing activists got pissed saying the Navy had in need of the housing and protests followed. To no avail, the housing was built and has now been abandoned as predicted. New Navy homes are being built on the Fleming Key Navy Base well away from civilians. The homes on Peary Court were opened to civilians and the guards opened the gates to all. But the operator of the housing Balfour-Beatty paid zero taxes to Monroe County which find not fit well with the Tax Collector who sued. 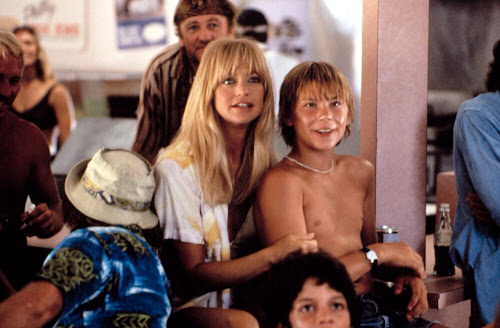 Fat lot of good that did. The judge decided that because the Navy built the facility and directed the rental program the housing was "military" even after civilians like me were invited to rent homes at Peary Court. To me that spells a change of status and I hope the County Tax Collector dues to get the property taxes owing. The issue covers only the past few years because now there is no doubt this is civilian property as a whole new housing project is planned for the land. However those eleven million dollars are burning local officials and thru want them rightfully.
Judge Audlin find me no favors this past week. I had embarked on a rather quixotic civil suit to prove that the recent mortgage fiasco across the country was the fault of the too big to fail. I was inspired by this video of Senator Elizabeth Warren EMBARRASSES Bank Regulators At First Hearing! - YouTube . I lost, Judge Audlin decided I was wrong and I lost. Buggered if I know if I will appeal. Judge Audlin isn't my favorite local just at the minute. Oh well, I doubt he cares. 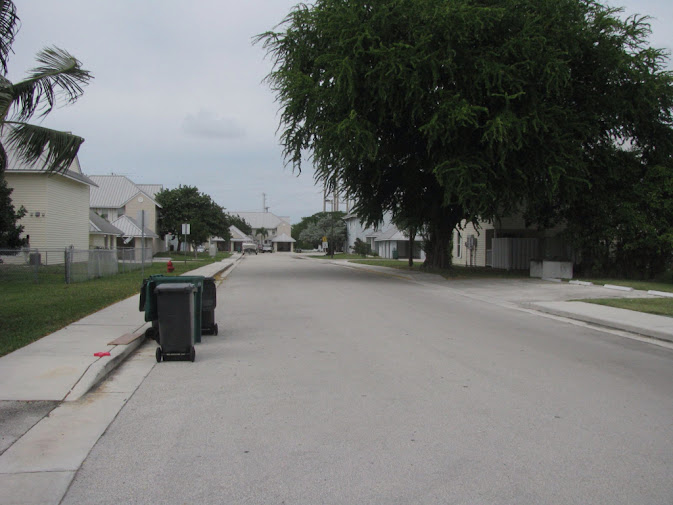 On a rather more important note the US Supreme Court has ruled that anyone can give as much as they want to elect legislators. The reality is that the financing of elections has been corrupted since the beginning of time and every law that is designed to prevent corruption gets circumvented. But now the corruption by and power of the wealthy is in your face. We are peasants and like me versus Wells Fargo life without money in the US today is now officially life without justice. In this YouTube Clip Marlon Brando plays a South African lawyer during the apartheid ("apartness") years of sanctioned racial discrimination and his comment on the relationship between The Law and Justice in the movie A Dry White Season sums up for me the relationship today in the US between the rich and powerful and The Rest of Us:
http://youtu.be/-QSmtrx50oo
Brando's character says The Law and Justice are merely distant cousins in most legal systems but in apartheid South Africa they "aren't even on speaking terms." Its a movie worth seeing in its own right but I don't much like what this US Supreme Court is doing to the conversation between the Law and Justice in the US. And when I say "United States" I include unfortunately my beloved Conch Republic.