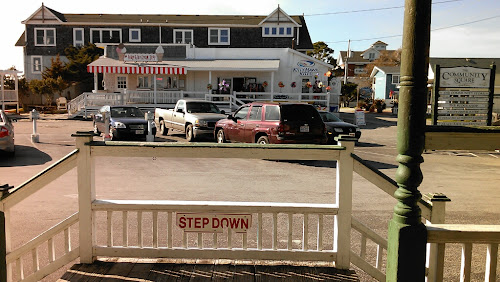 I like Ocracoke because it's a small village accessible only water, and because it reminds me of Key West as it may have been two centuries ago. Like modern Key West with it's irritating chickens, Ocracoke has it's ducks, creatures that I like rather more than chickens. Like Key West they also hold up traffic. 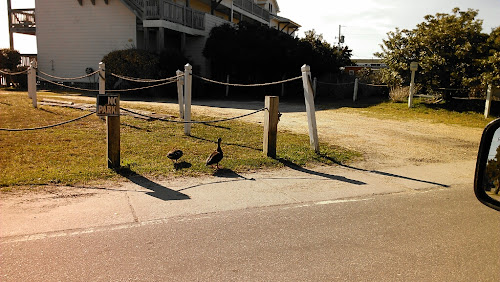 The heart of the village is Silver Lake which isn't a lake at all but a really deep seawater bight. This is a fishing village as much as it can be so no surprise that the water is right there in the middle of it. 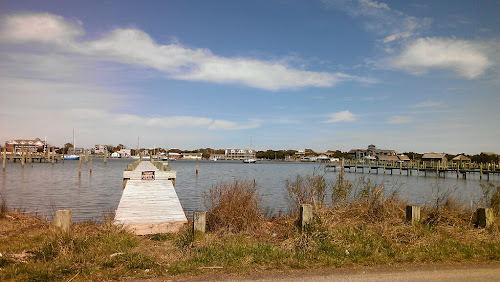 The village is an ill defined collection of mostly wooden homes set in what appears to be a grove of live oak trees. Homes are large by Key West standards and most lots are mainland size. On the north side of the island are a number of large rental type homes on canals but when you think of Ocracoke Village this is what you see in your mind's eye: 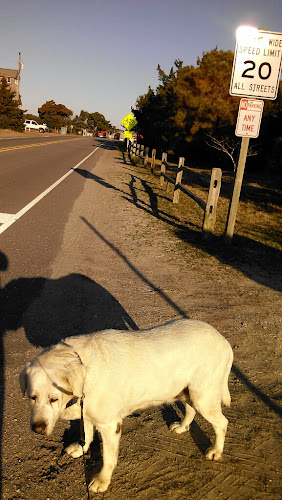 Howard Street is a classic unpaved meandering path that cuts through the middle of the village. 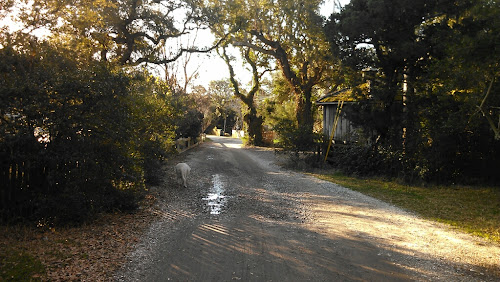 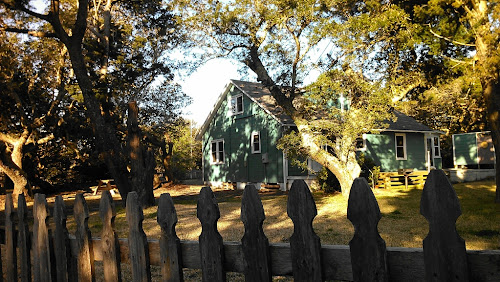 There are no chains in Ocracoke no familiar brands and no neon. Your cellphone works and there is internet access in most of the hotels and bed and breakfasts. Out of season Ocracoke is very quiet ... 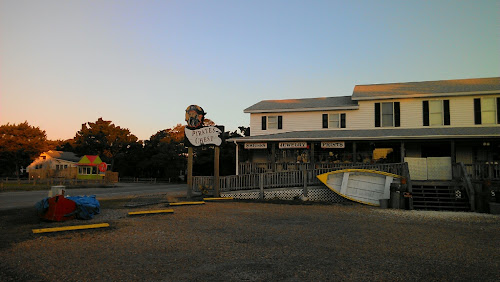 ...but you can see a lot of activity in the making for the all-too-short summer. 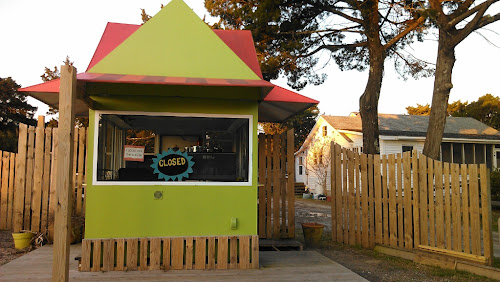 Ocracoke gets daily deliveries like anyplace USA, except when the weather holds up the boats, as happened last week when the winds closed the Hatteras passage for several hours. 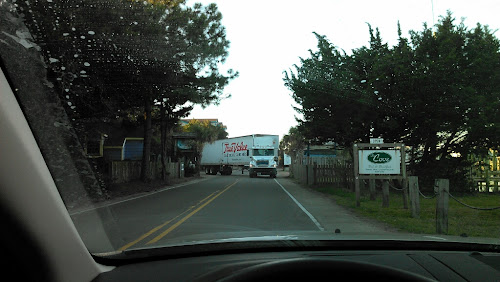 Like Key West Ocracoke has one of everything including its own community radio station. In Key West Konk radio had to go to internet broadcasting only for want of support... 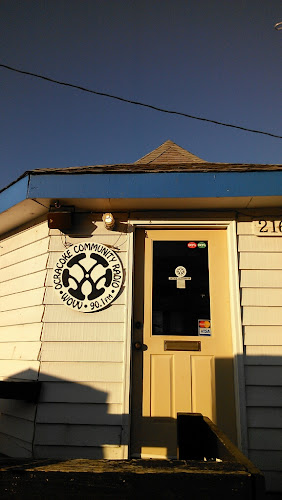 I wish Ocracoke had a better defined village center but it's not even incorporated as a town so hanging loose is the theme here. 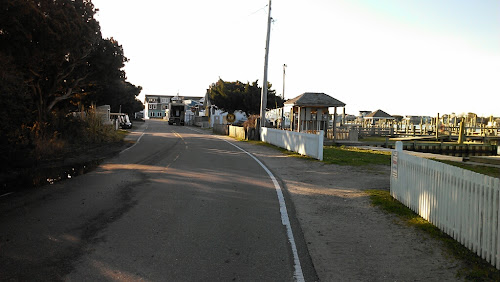 There is a first rate Mexican good truck next to the main grocery store and sole gas station. 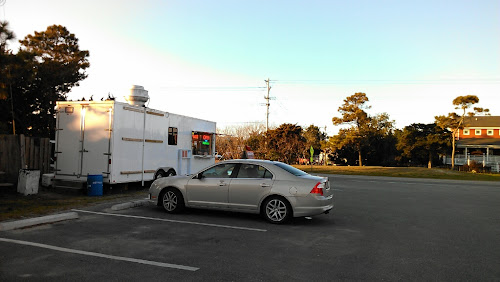 Eduardo made my wife killer chilaquiles for breakfast. Finding hot coffee at eight in the morning was tougher... Eduardo's coffee maker was broken. Life on an island out of season. 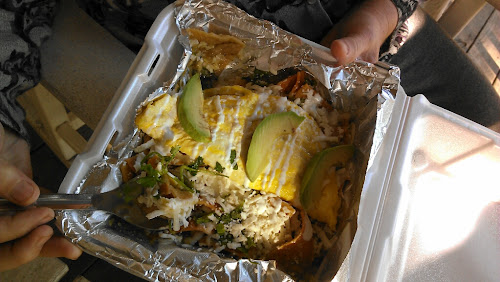 For evening drinks we went to this amazing craft beer, wine and gourmet deli store and bar famous for getting people together on the island. Zillie's is open year round and it's a great place to hang out and meet strangers and chat. 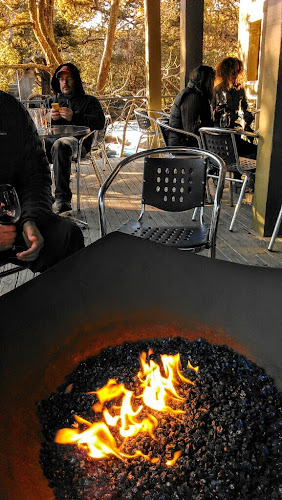 The fancy out of season eatery is Dajio Restaurant and Bar on Ocracoke Island a place we remembered fondly. Tempura flounder and roasted root vegetables for lunch and delicious. "Doug And Judy In Ocracoke." 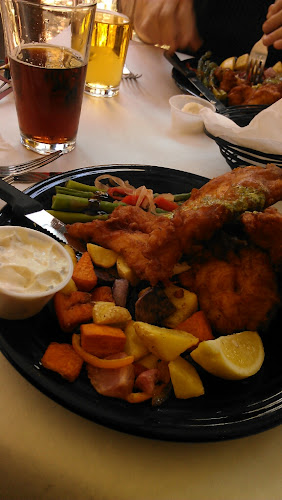 I like the warmth and generous friendliness at Dajio's, with indoor and outdoor seating and an attached funky dark bar. 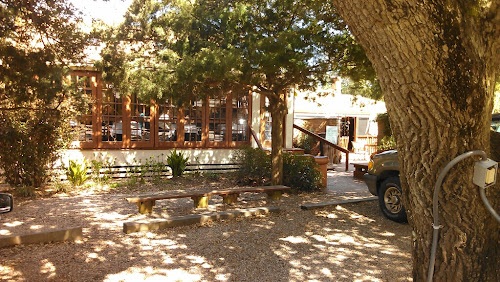 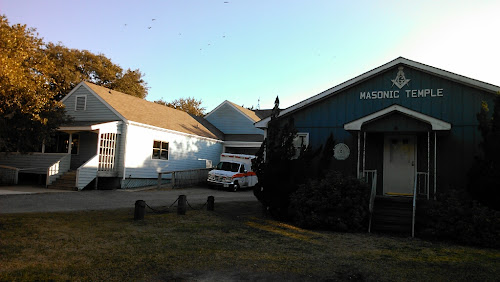 The school teaches all grades through high school and enjoys a great reputation for being the modern equivalent of a one room school house. I saw quite a few spandex cyclists in town braving the forty degree temperatures for a spin up Highway 12, the only road, all thirteen miles of it past the airstrip and the campground where locals gather to play football. 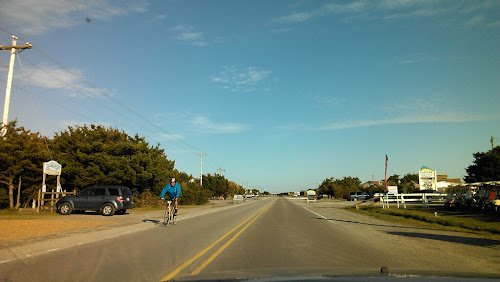 The other kind that is attributable I guess to the relatively large Latino population. Soccer anyone? 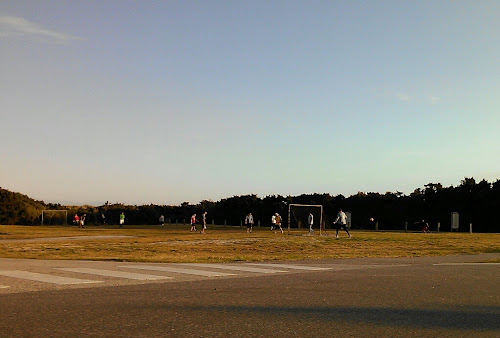 It's a great little village with some superb beaches. 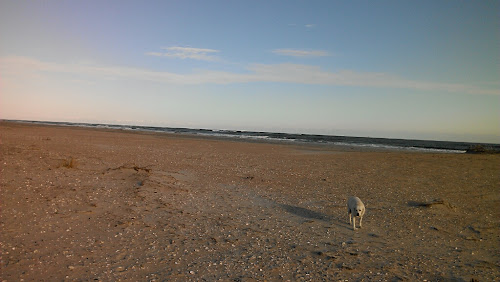 This place gives the Keys a run for their money.