Usually my wife plans the eatery when we travel as she has the apps and the phone charged and I am driving and she tells me where to go. After a brief consultation on her choices. This time I said how about Bobby Flay's place round the corner? I have mixed feelings about celebrity chefs and their food but we tried Mario Batali's place in Las Vegas and it was good actually. 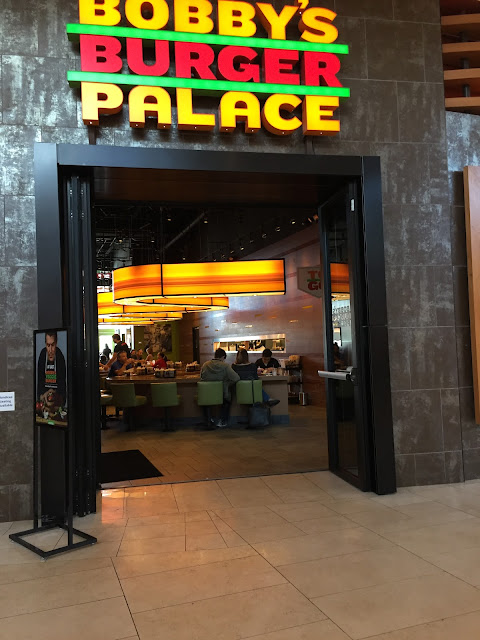 The decor inside the palace was rather interesting and swirly, like a modern take on a 1950s  diner. However you don't actually sit and order at the diner counter. You get in line just inside the door, study the wall menu and place your order and pay. They assign you a number flag to put on the table and the food appears aas though by magic at your "unattended" section of the counter. 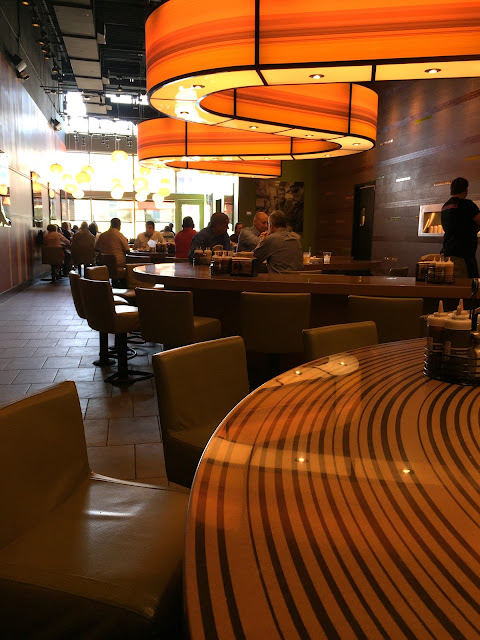 We went basic hamburger though basic wasn't exactly what we ordered. My wife got a blue cheese and bacon which was as tall as her head. How did you bite yours she asked me after a prolonged struggle with her mound. I ordered the New Mexico burger I said, chilies and cheese and onions make a smaller mound. 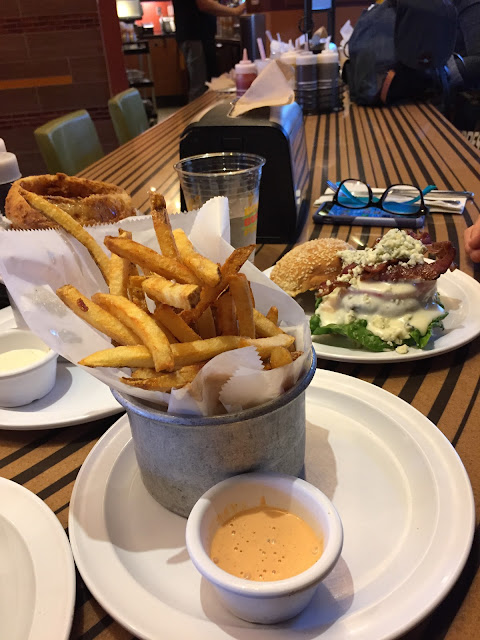 The onion rings were great the milk shake was over the top delicious and service was spot on. 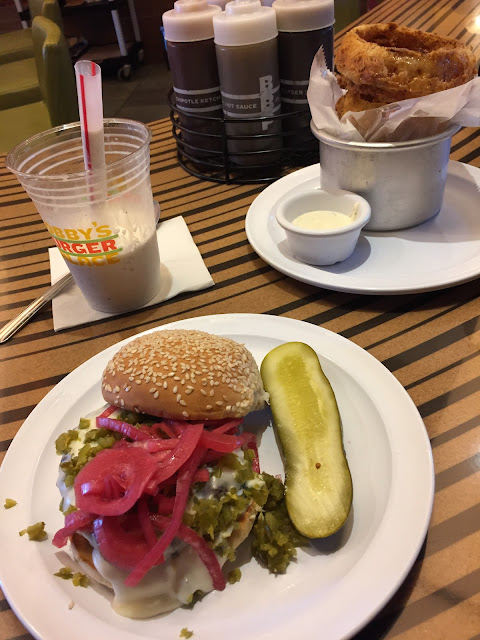 Which naturally leaves me with egg on my face about the celebrity reticence I feel. We didn't even need the assorted sauces as there was plenty of flavor on the plate. 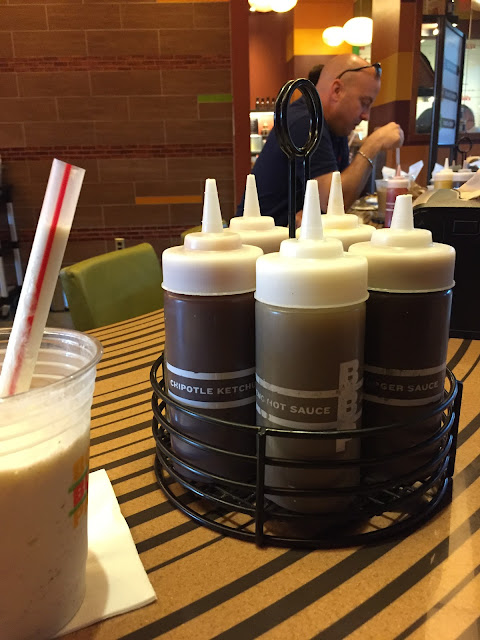 Our neighbor got a cheerful greeting when the server brought his food. Same place same order she smiled every time you come. I guess the food is consistently good then.  We liked it. #flayforall indeed! There are only 17 locations on the East Coast and Las Vegas so we were lucky to land one in Miami I guess. 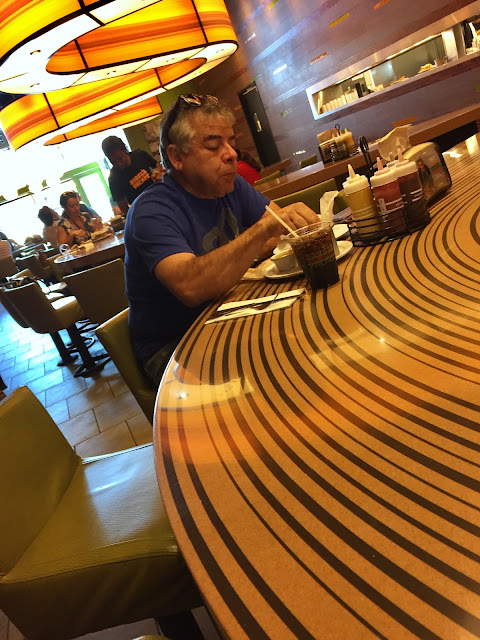 Dadeland Mall is a stark reminder to a bumpkin from the Keys that the world outside has choices and lots of them. I was amazed by the displays of opulence. And someone says we need to make America great again? Down here at the bottom of the country it doesn't seem at all bad. Grammar is dreadful but there again wrecking the school system instead of fixing it seems unlikely to help. At least they have a go in more than one language which has to count for something. Miami really is an extension of South America in many respects. Bankers are happy. 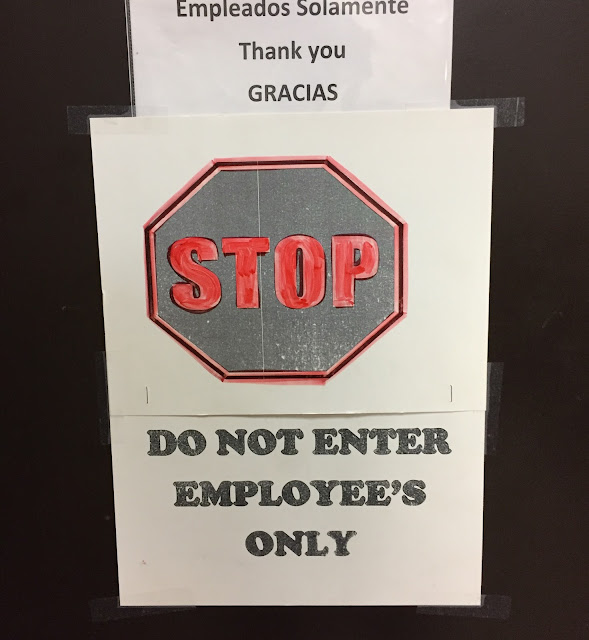 The rest of it was predictable enough, rounds of shopping, walking Rusty and eventually home. Rusty is my consolation for all those dreary parking lots. We explore together while Herself shops. 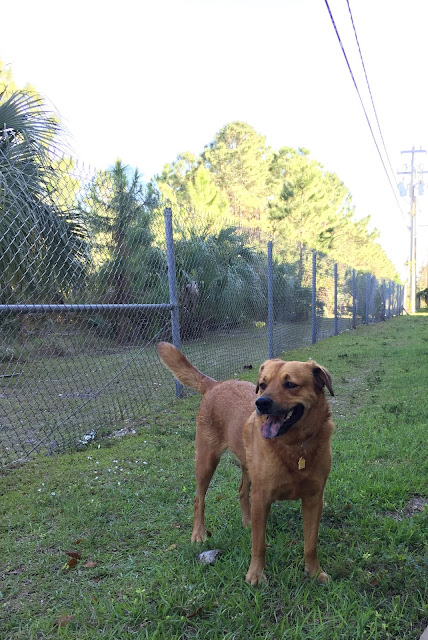 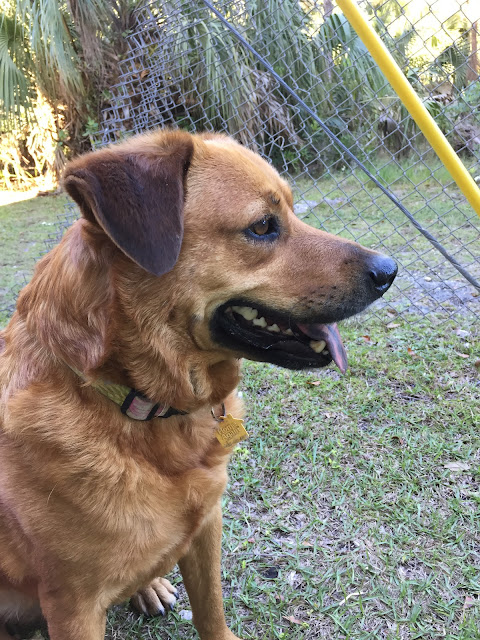 Great dog.
Posted by Conchscooter at 12:00 AM 3 comments: